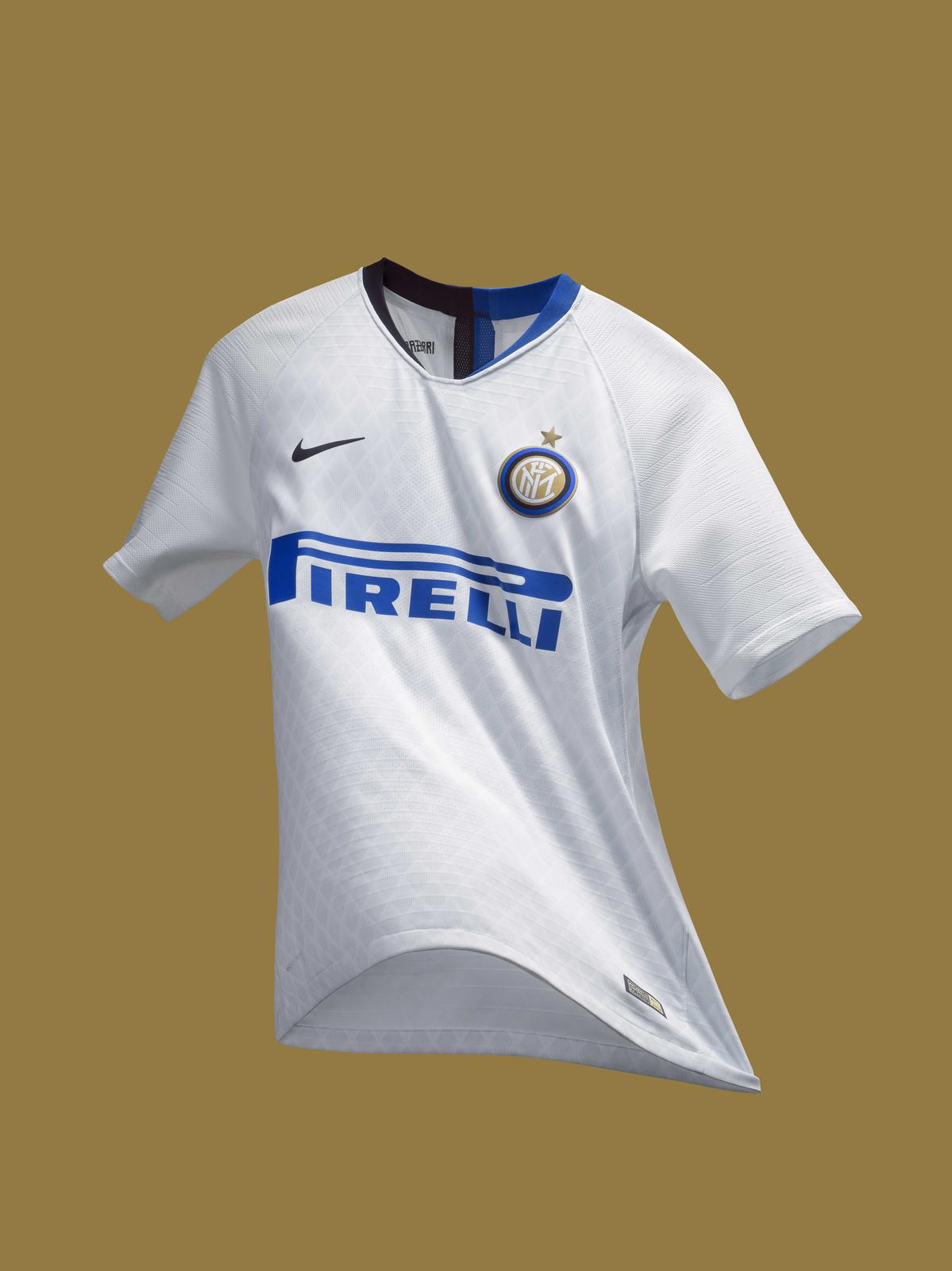 The club crest is trimmed in gold. The neckline celebrates the club’s iconic home colors, with one side of the v-neck trimmed with blue and the other black.

On the FC Internazionale Milano latest home kit, il Biscione (a grass snake and powerful Milanese symbol intrinsic to local identity) is represented by a serpent-like pattern rising up the club’s quintessential stripes. That pattern appears again on the Nerazzurri’s new away shirt. The jersey is a crisp, clean white (consistent with Inter’s historical change color), enriched with an elegant woven graphic.

HIGHLIGHTS: 20 YEARS OF INTER AND NIKE 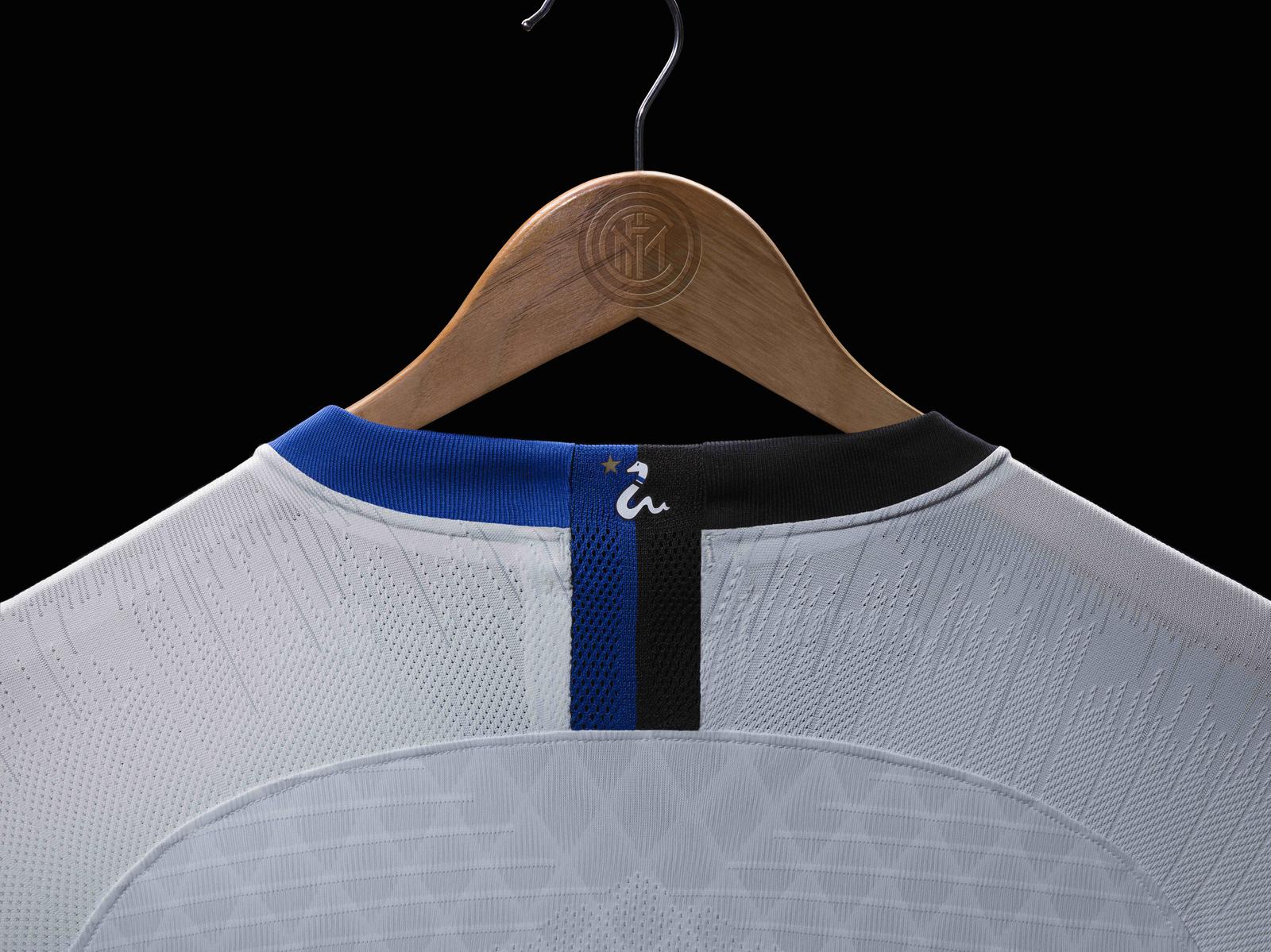 The crest on the back modernizes a 1980's club symbol.

“Back in 2010–11, Inter's iconic away kit featured a bold graphic interpretation of the Biscione on the sleeve,” notes Pete Hoppins, Nike Football Apparel Senior Design Director. “The 2018-19 away draws inspiration from the Biscione and its influence on the club and kits of the past, and this time it’s executed through an allover print inspired by world famous Milanese fashion.”

The new Inter Milan away kit will be available June 28 on nike.com.