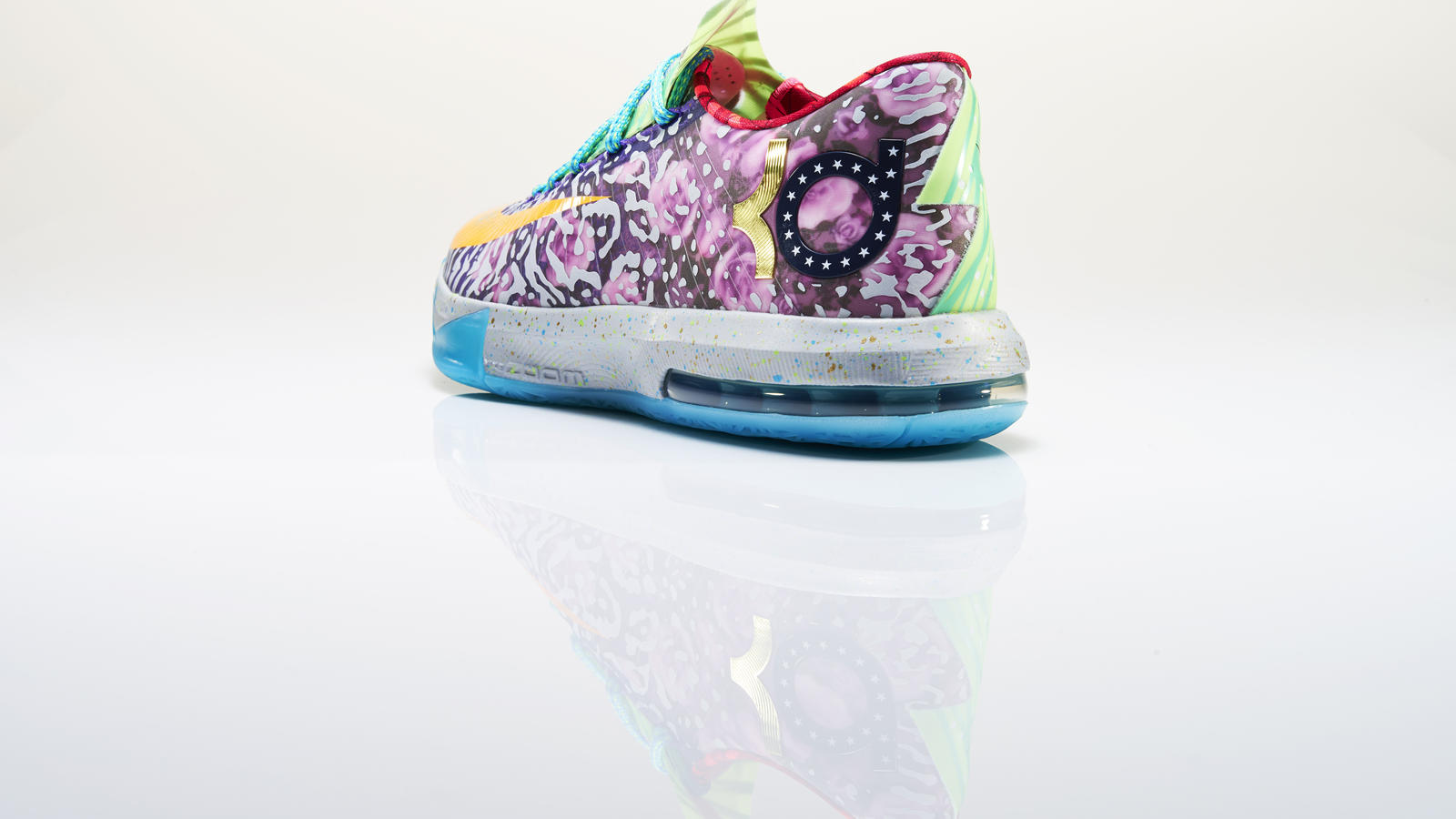 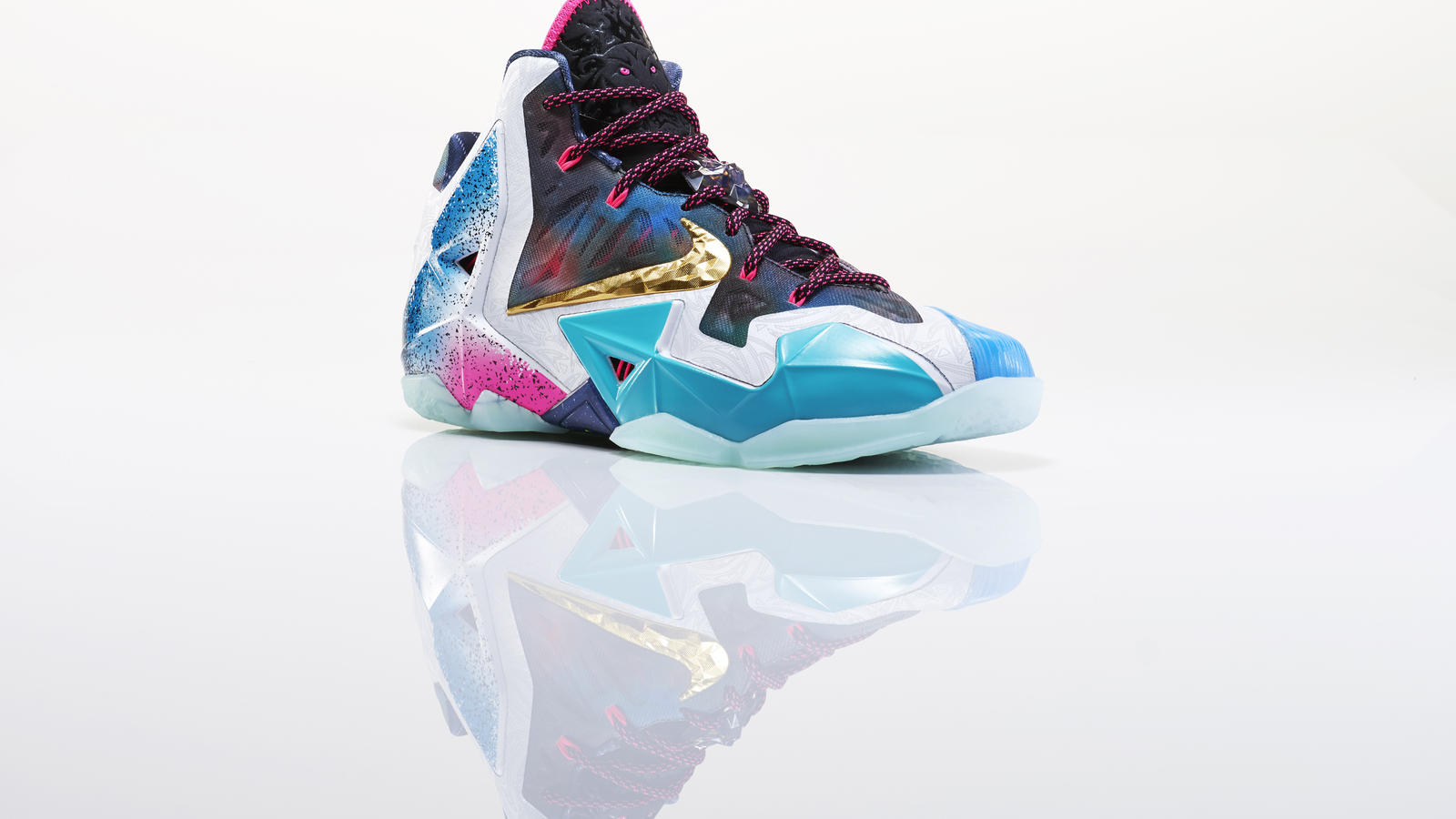 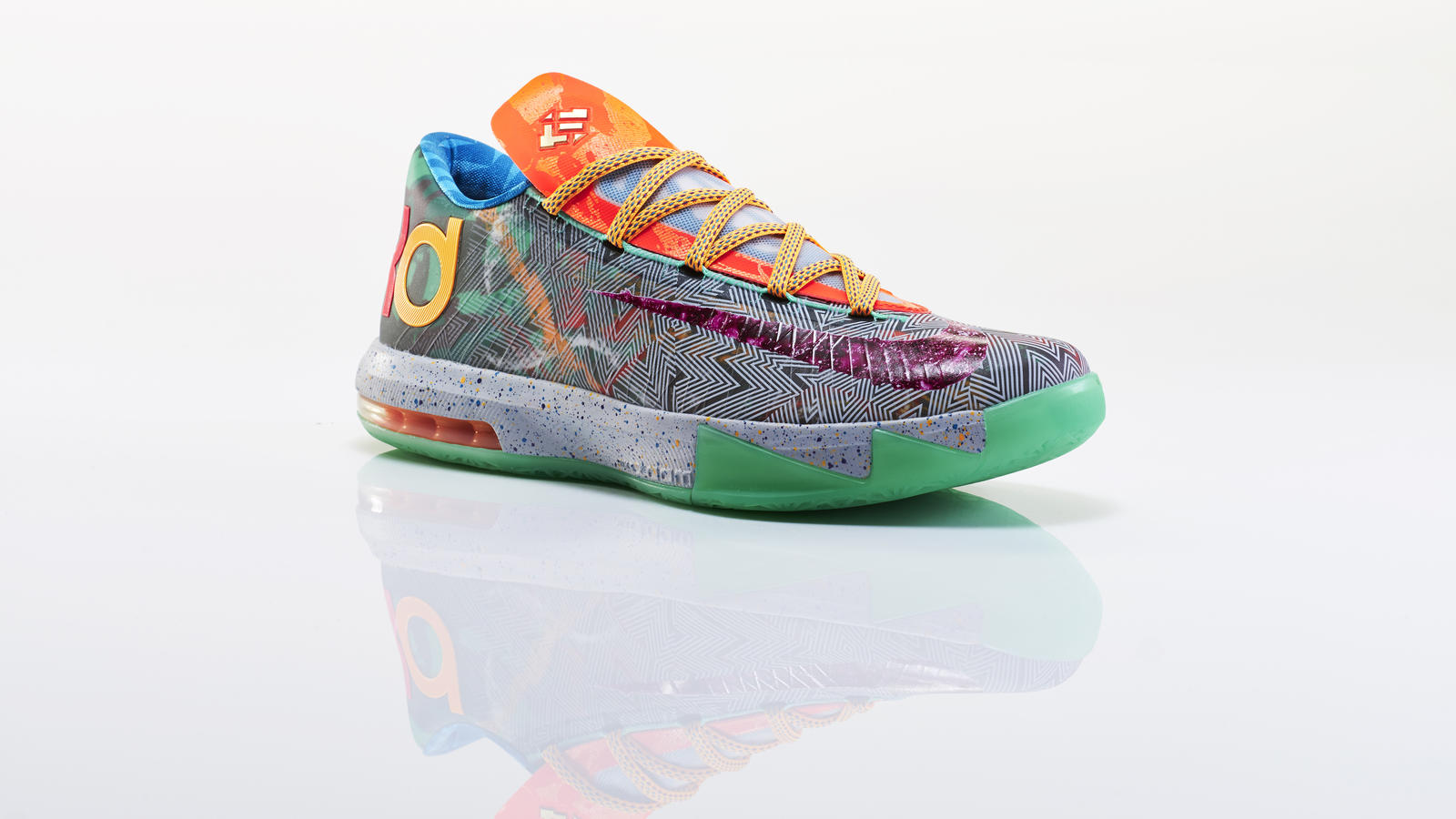 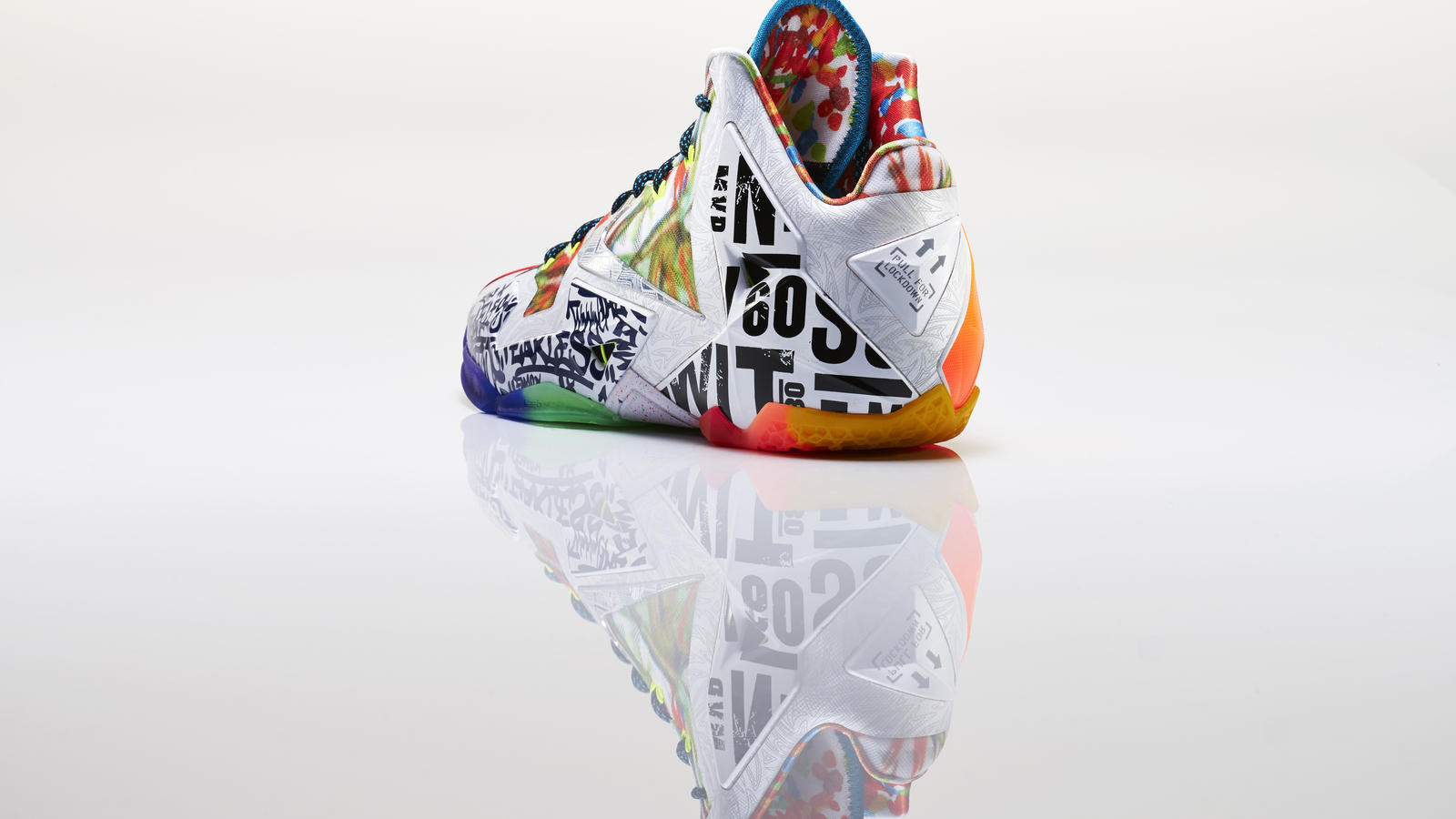 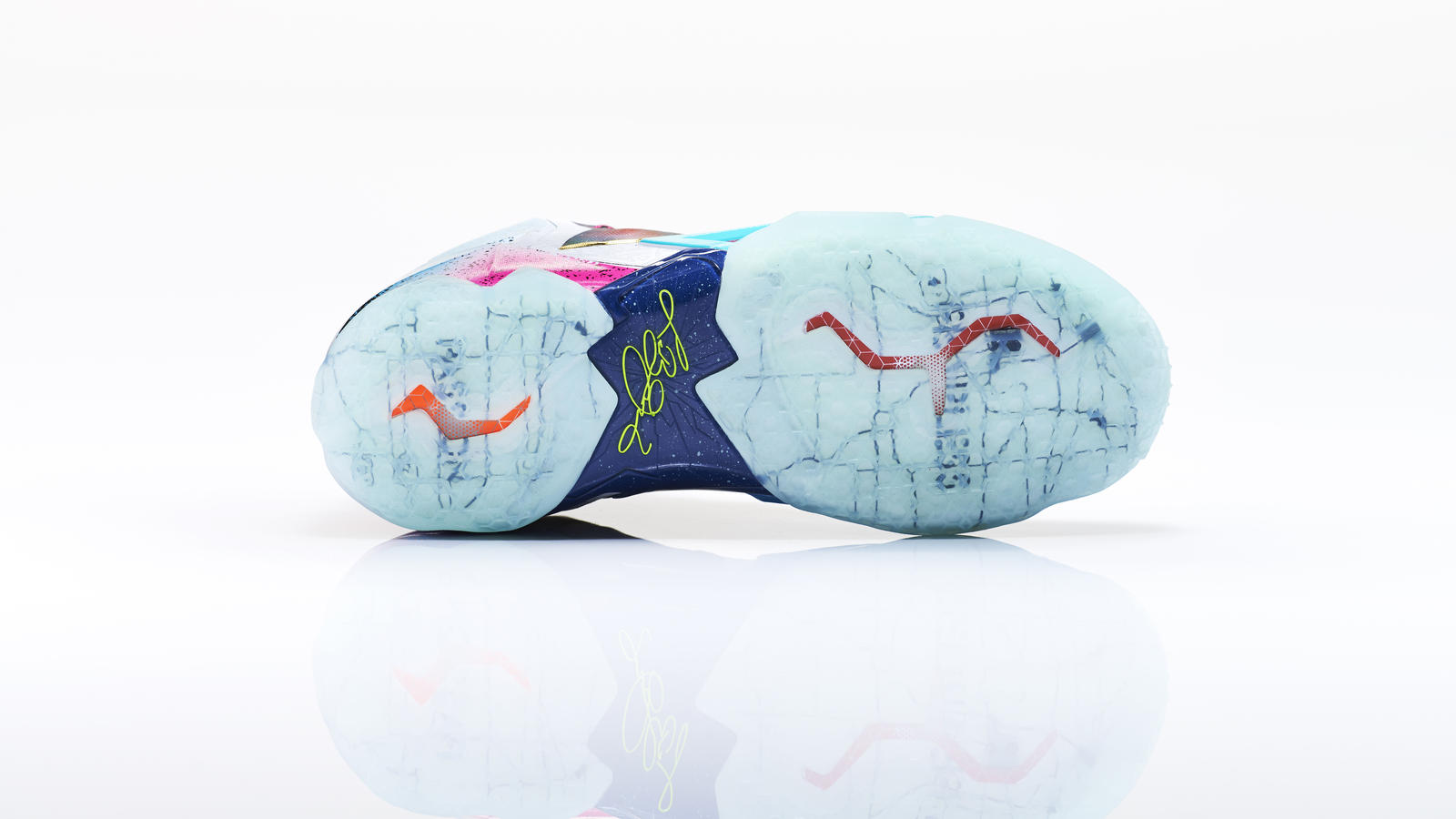 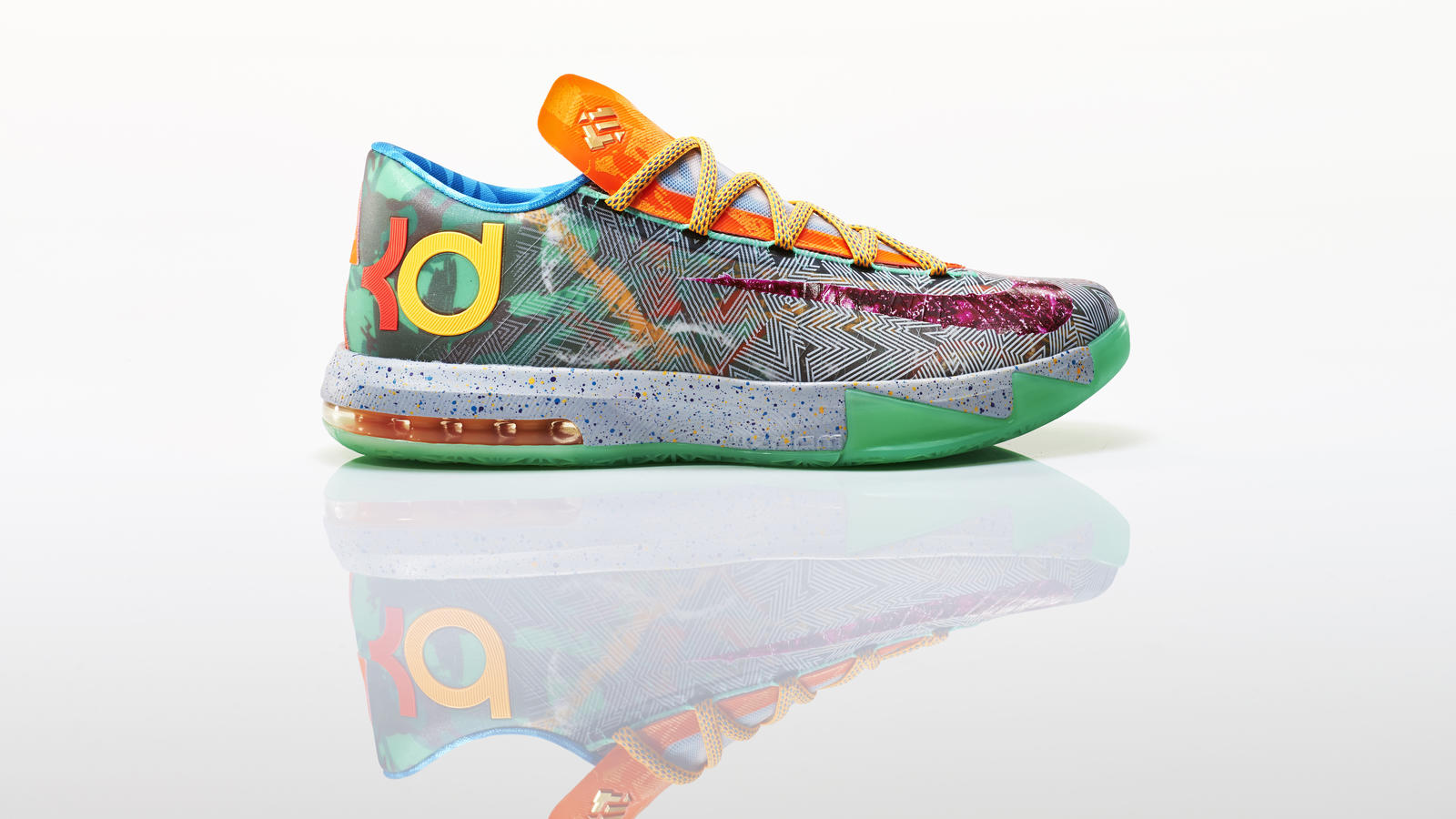 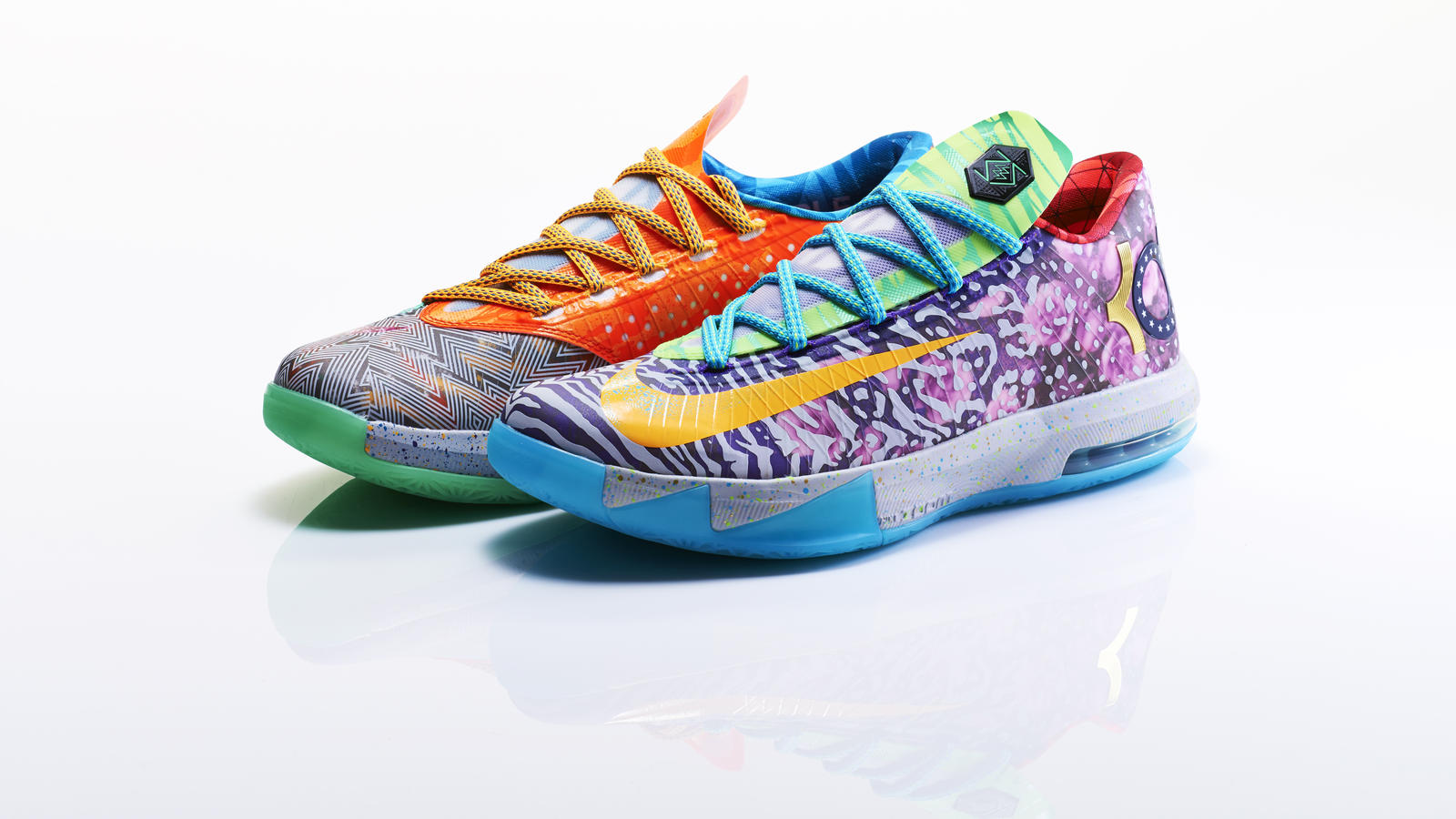 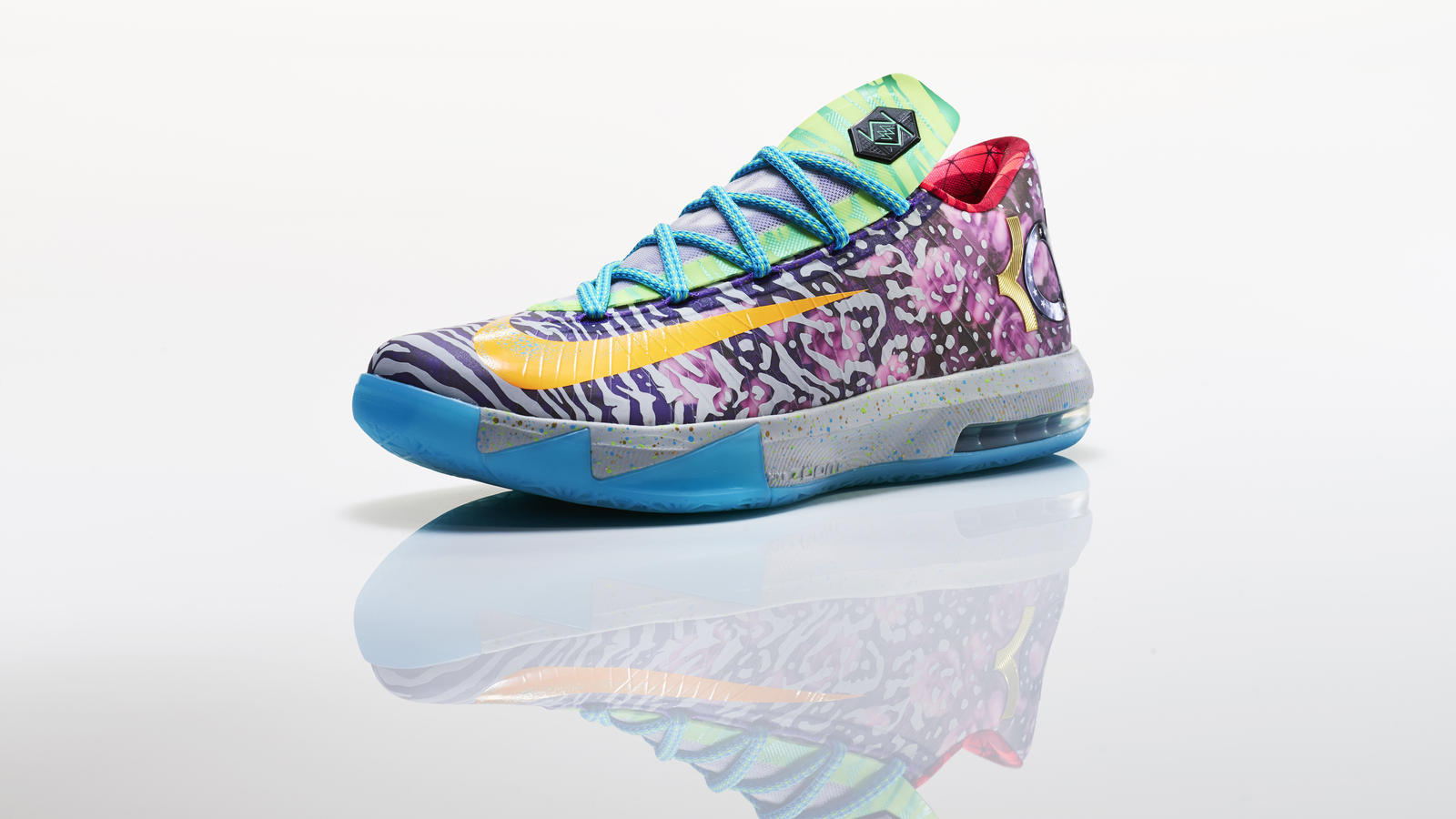 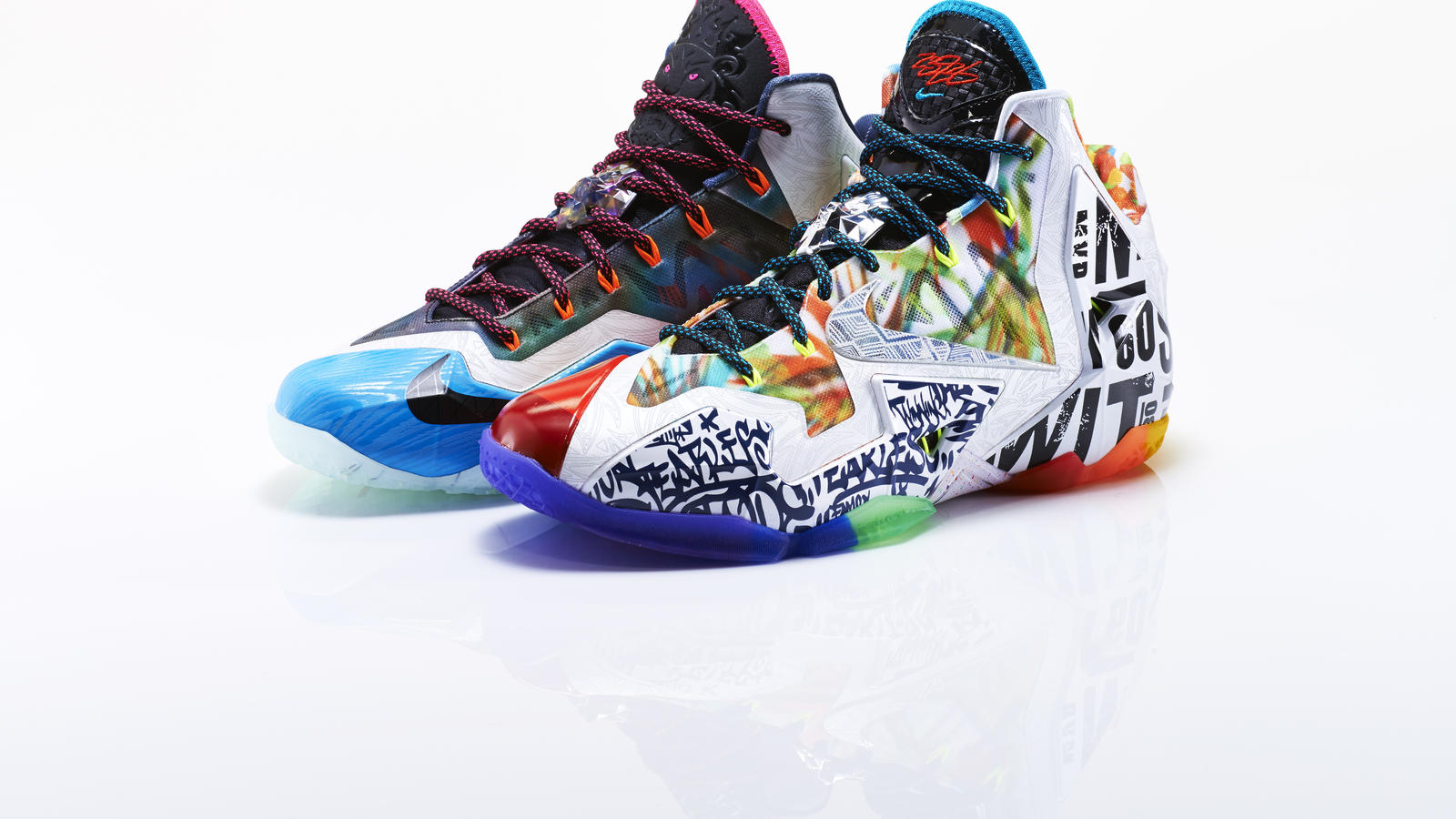 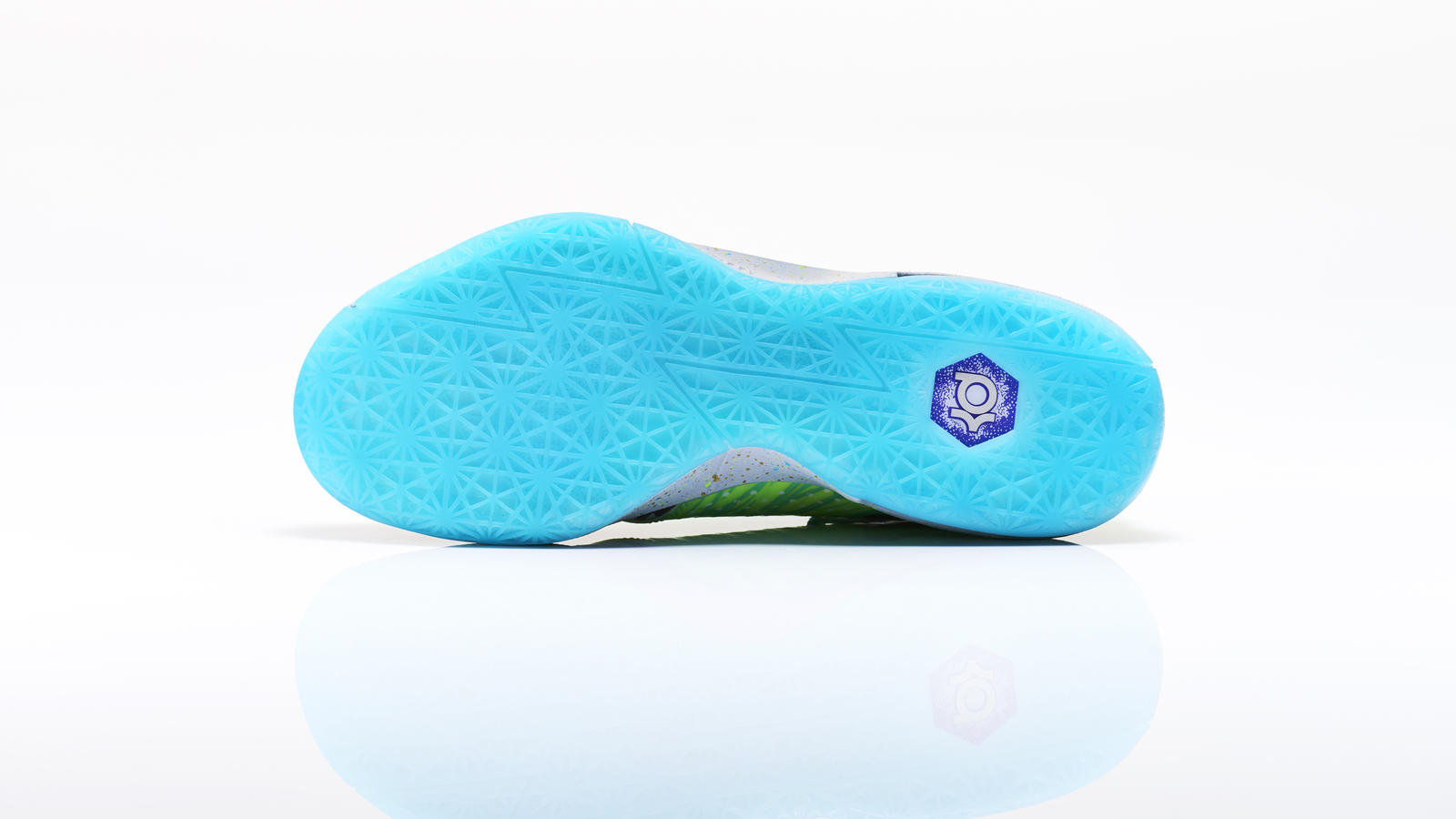 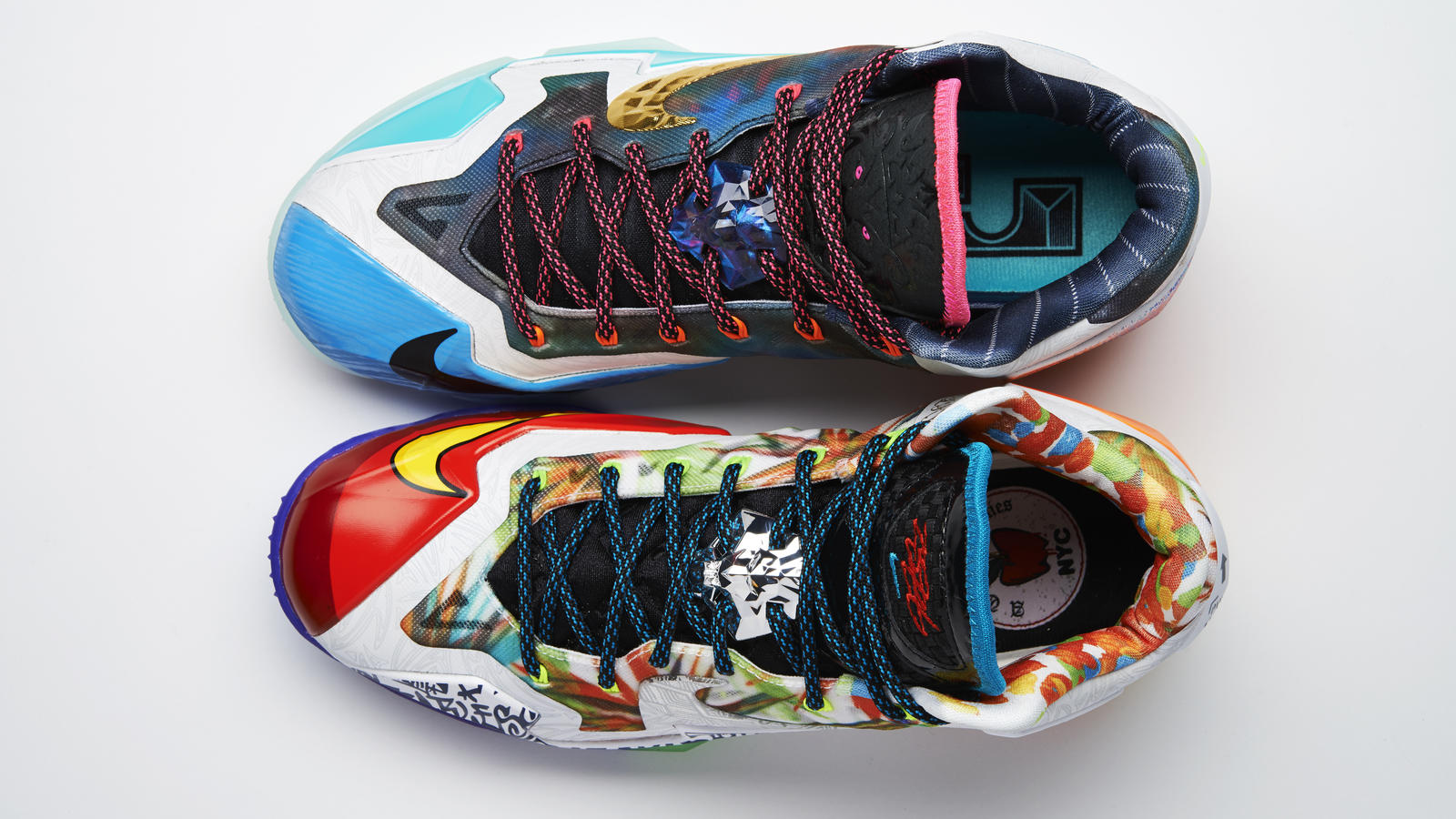 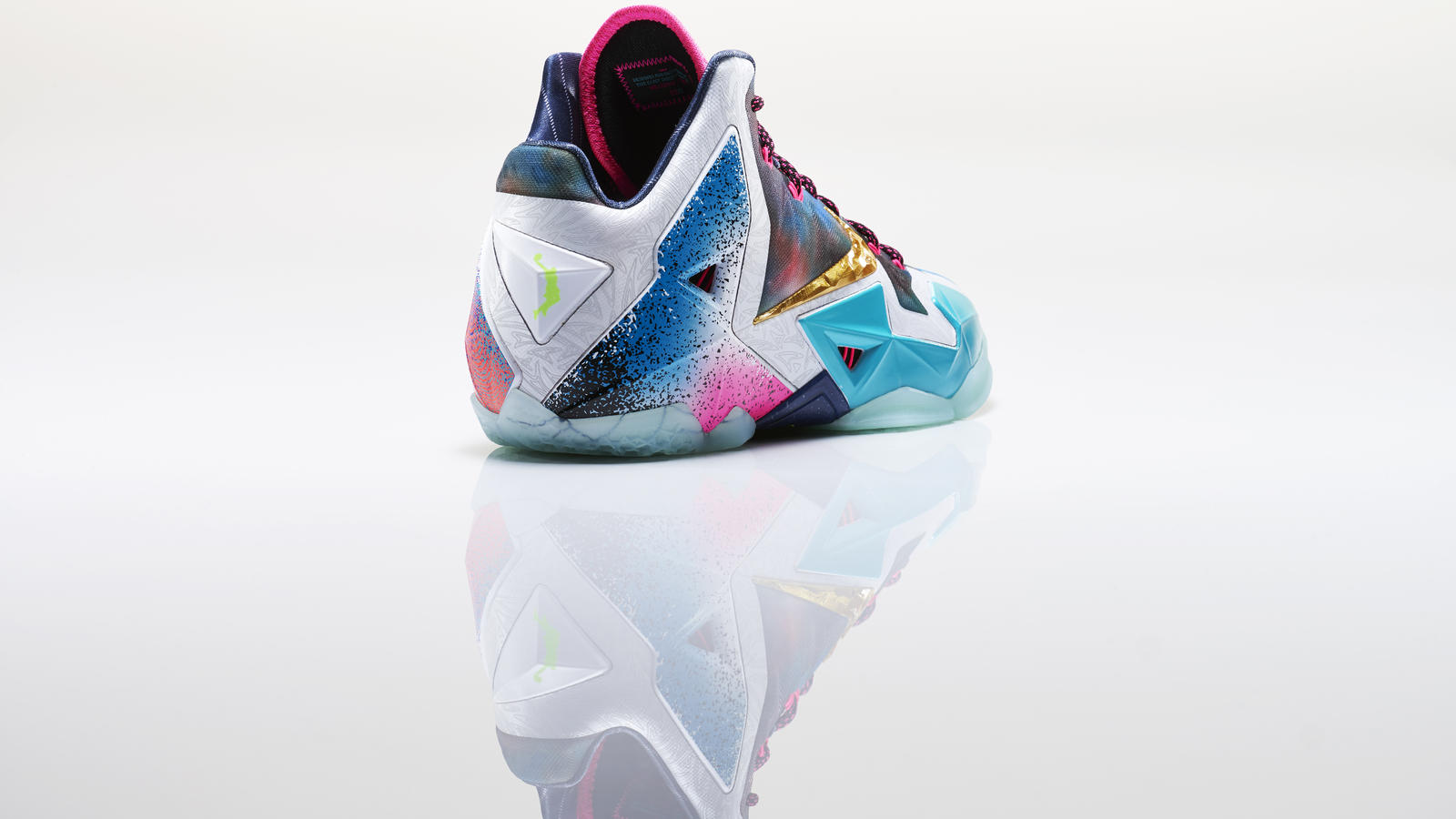 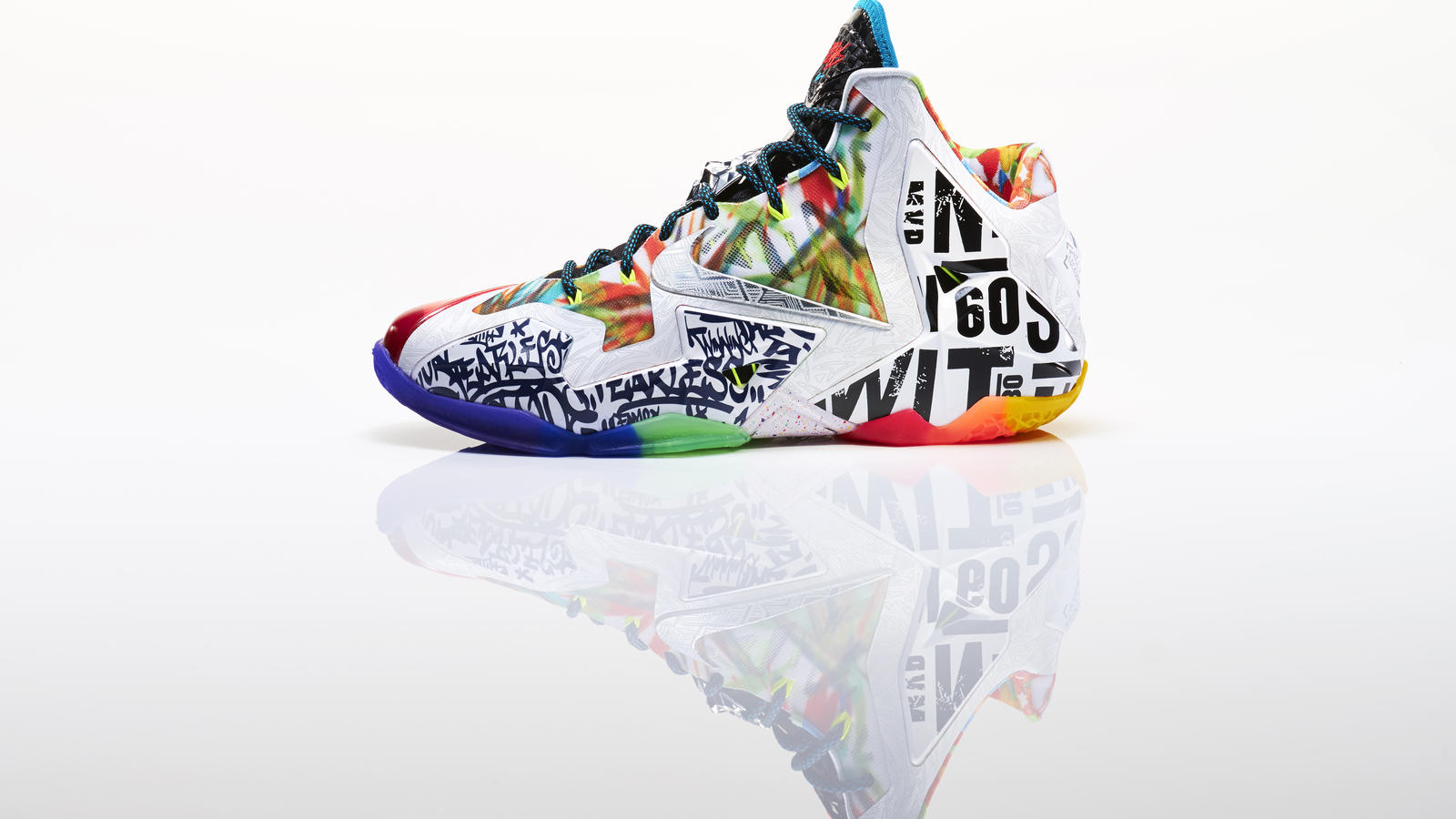 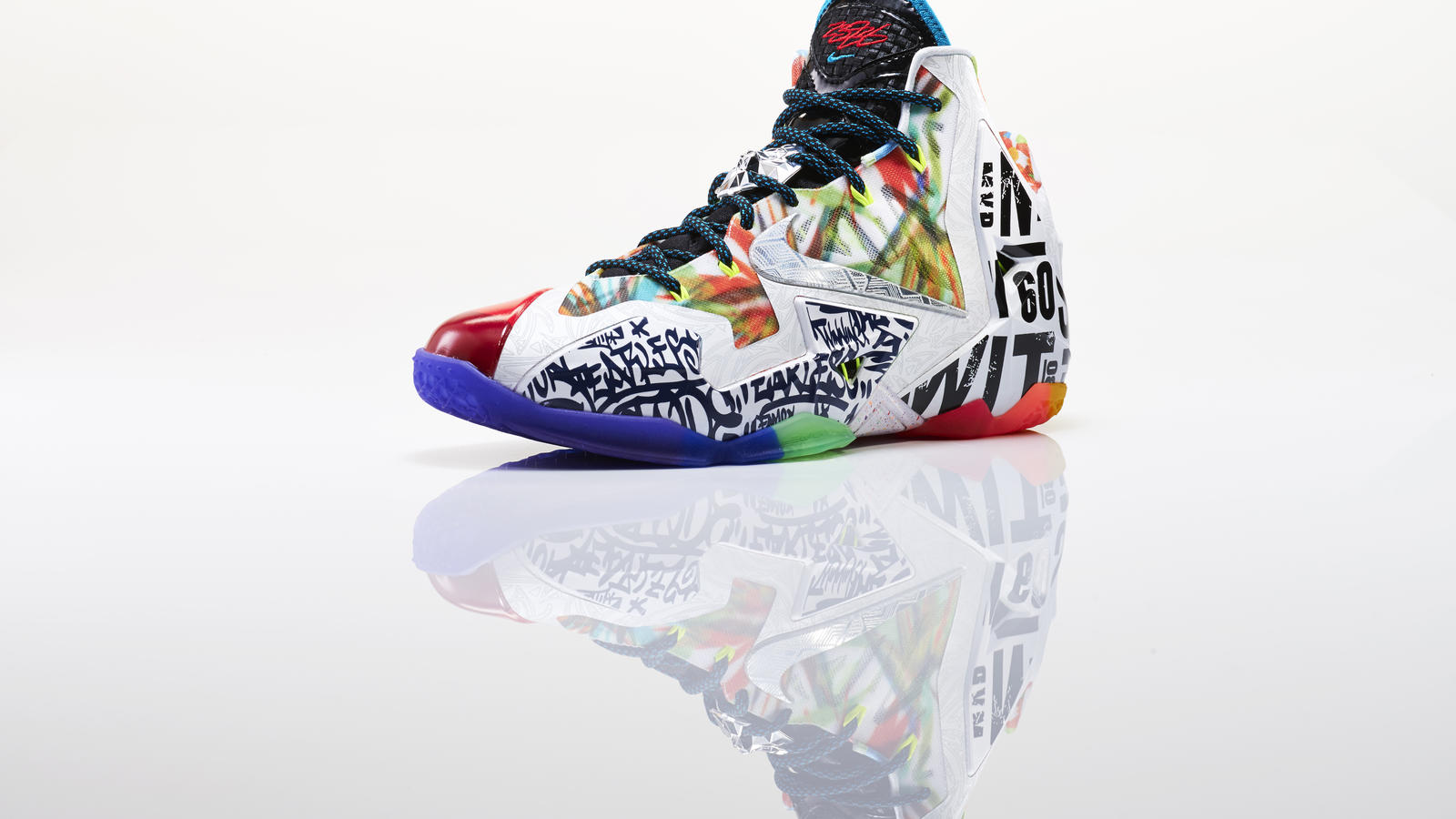 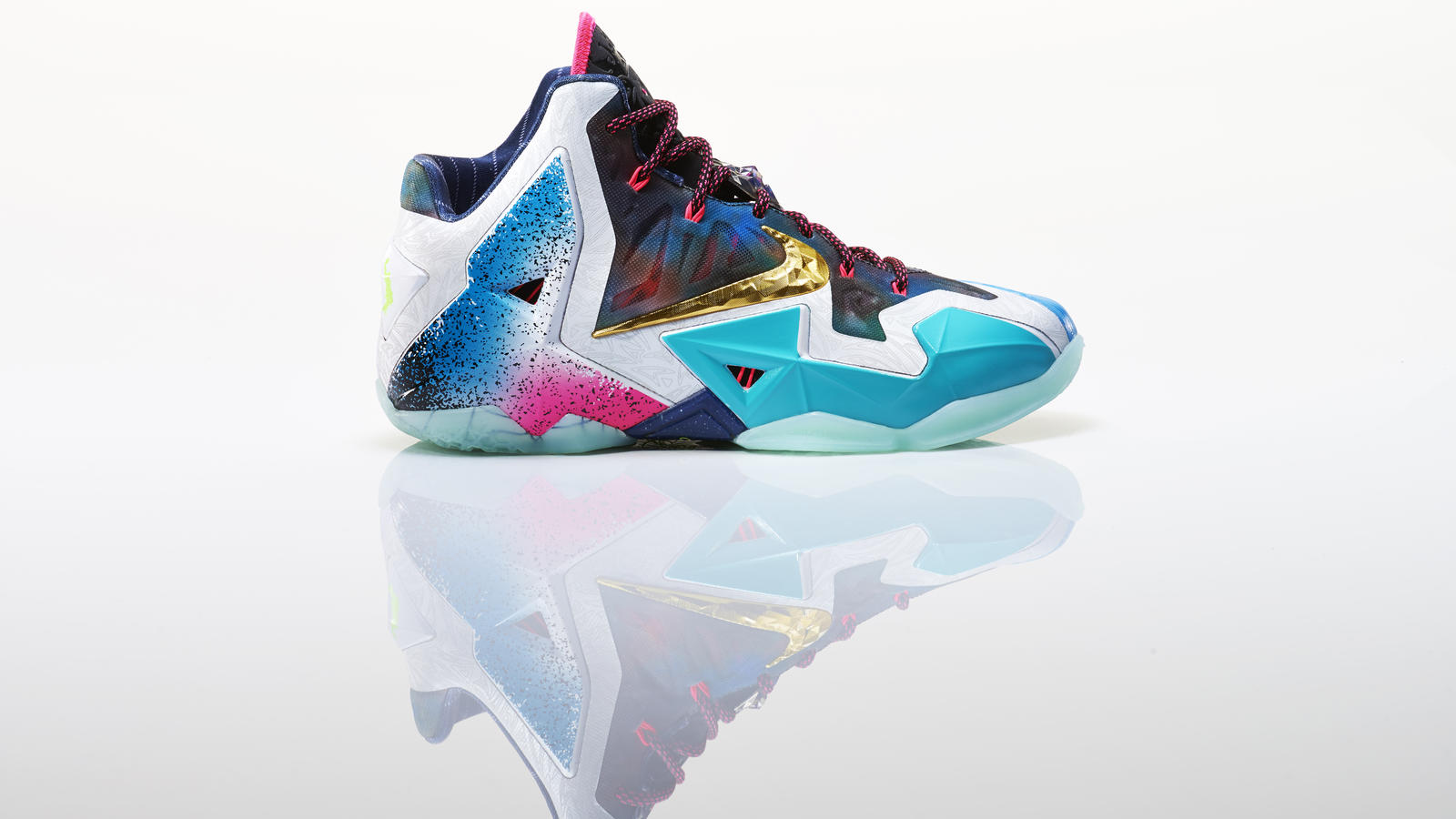 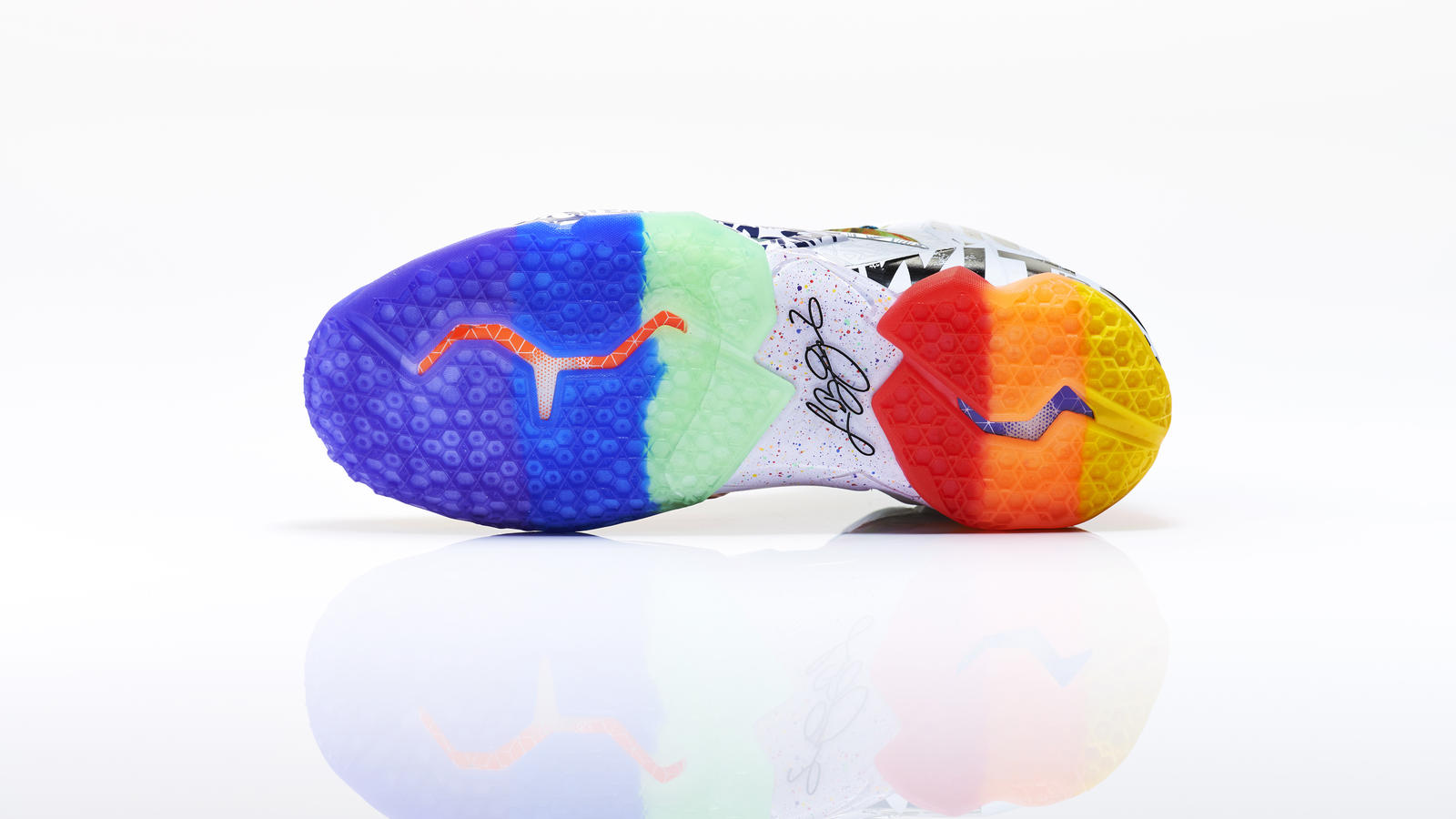 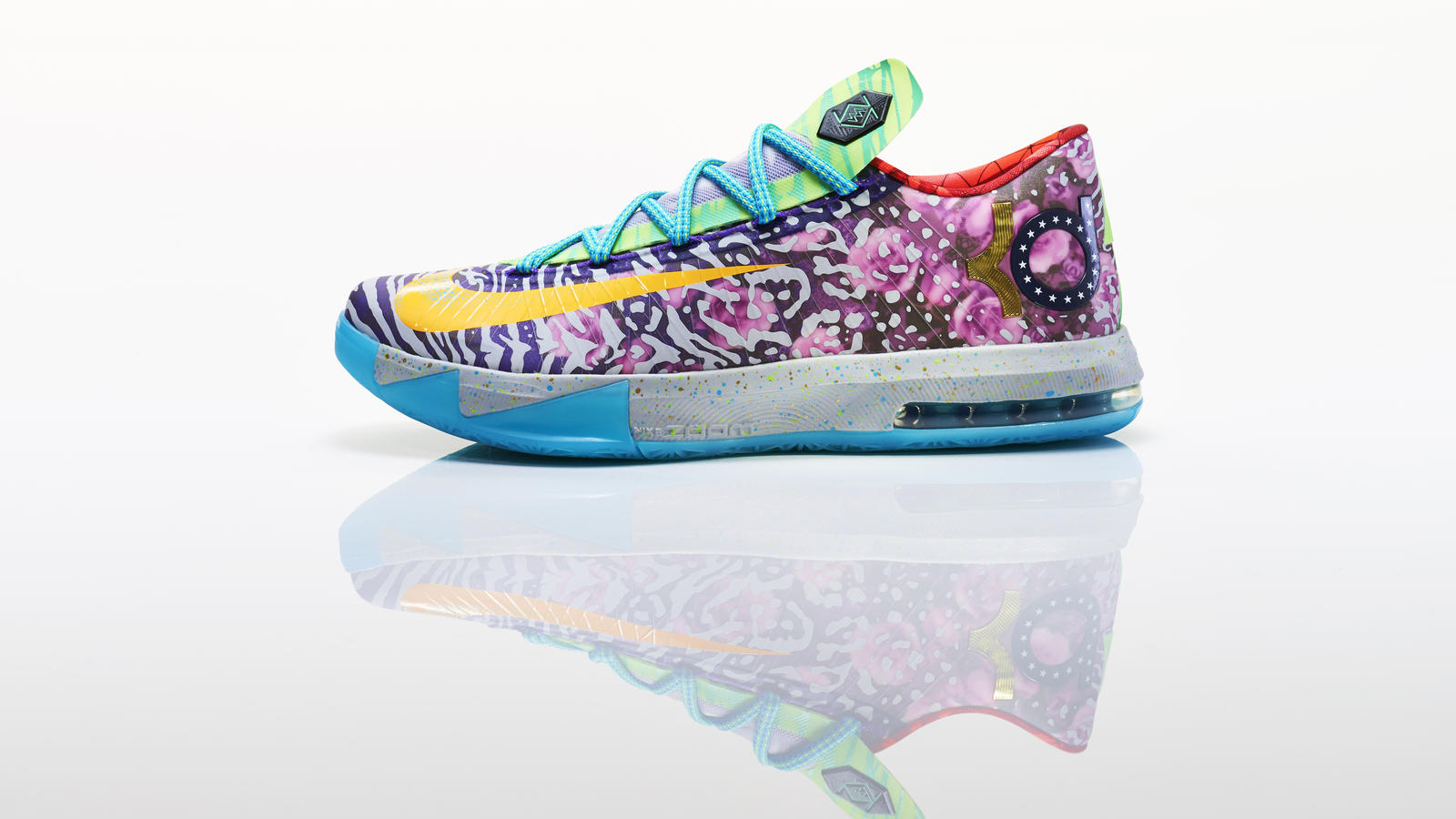 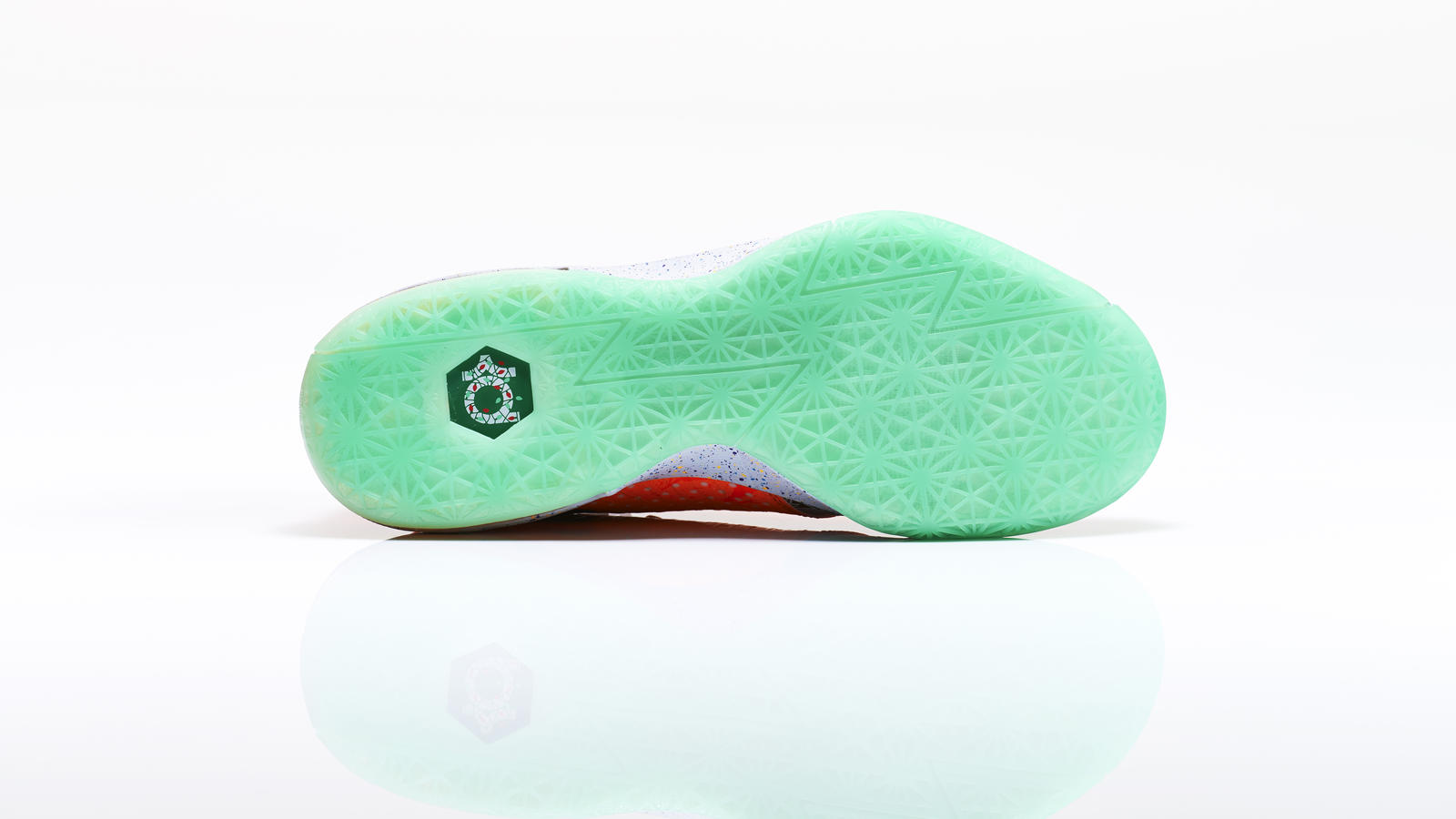 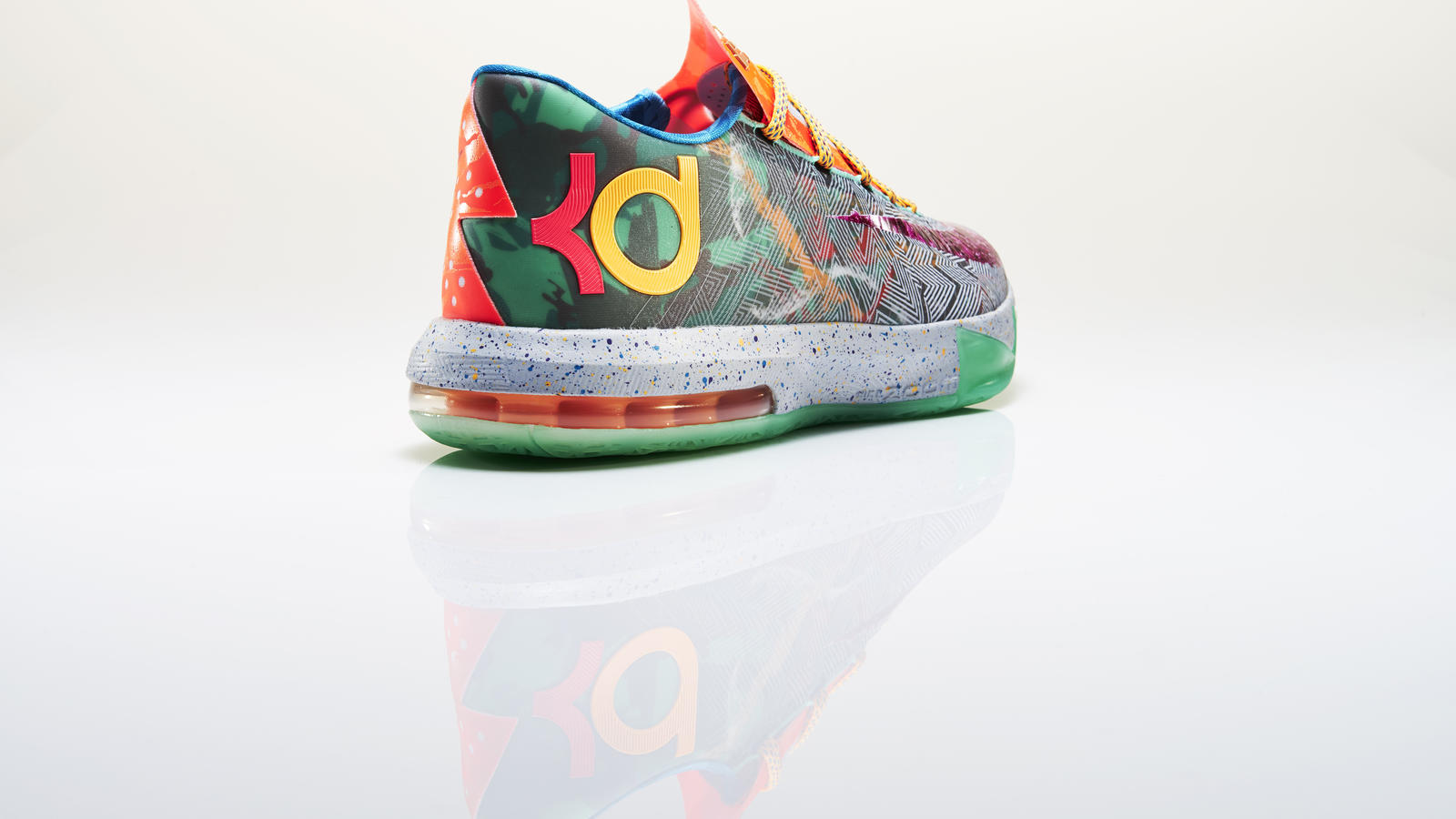 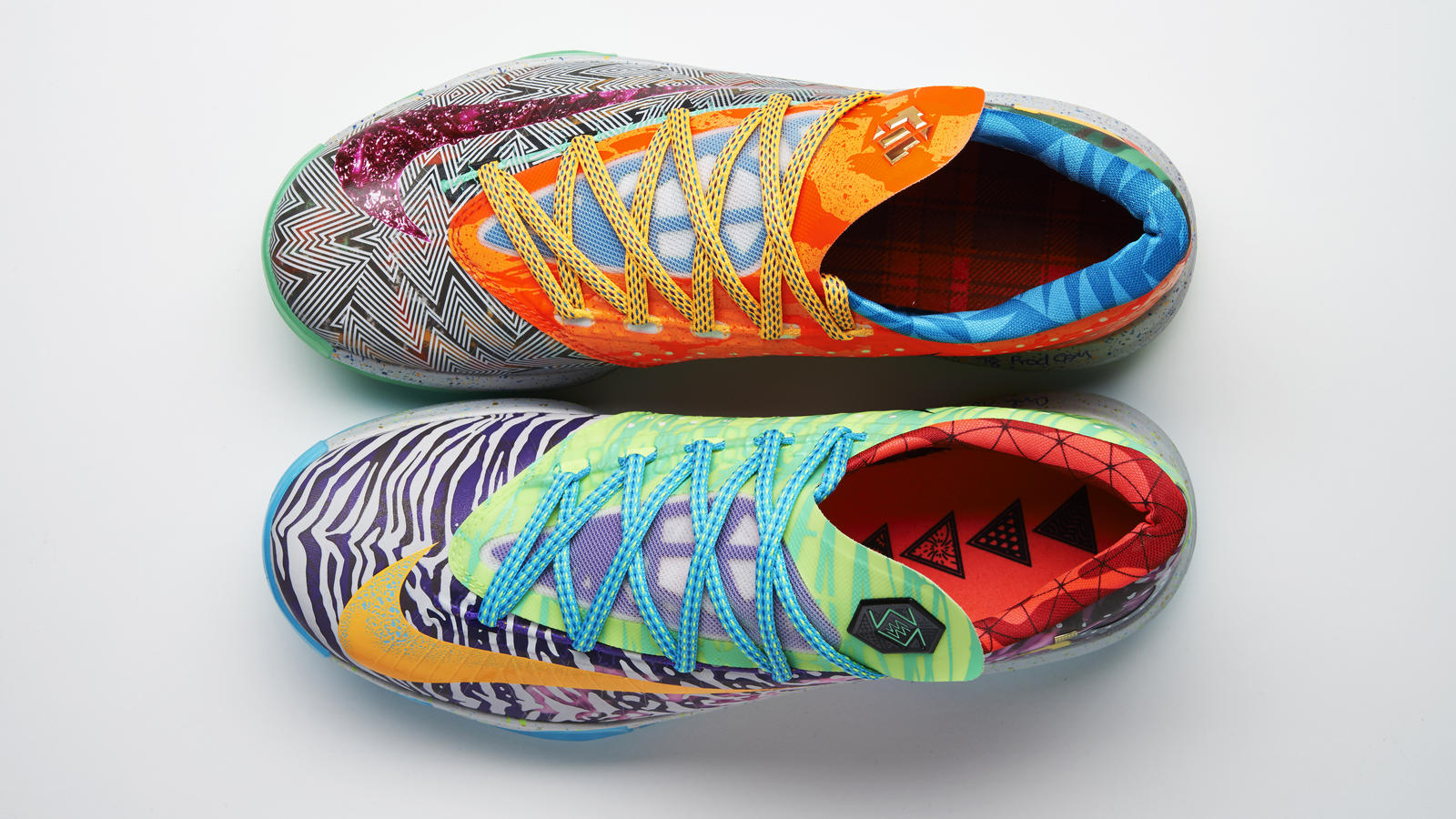 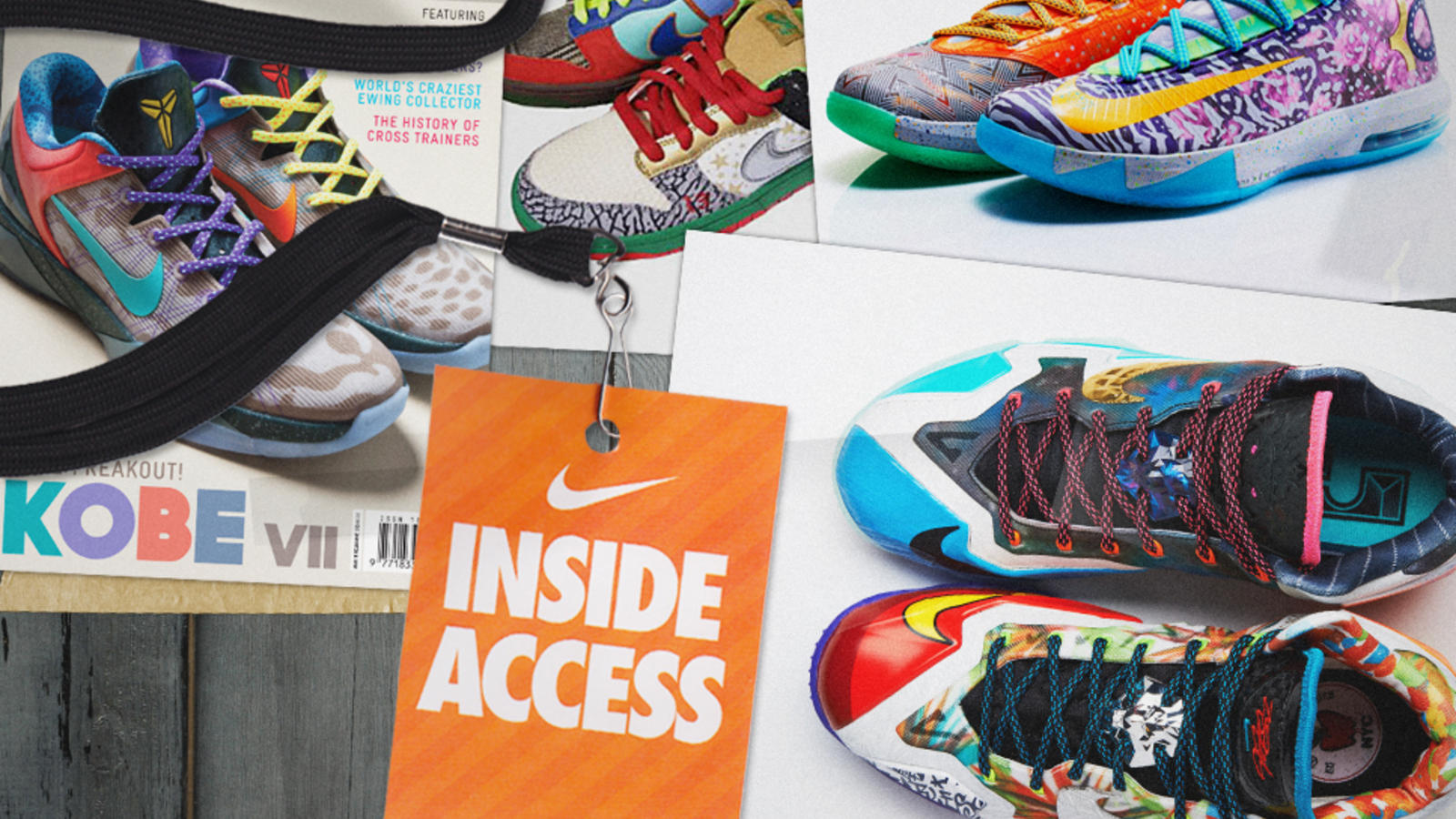 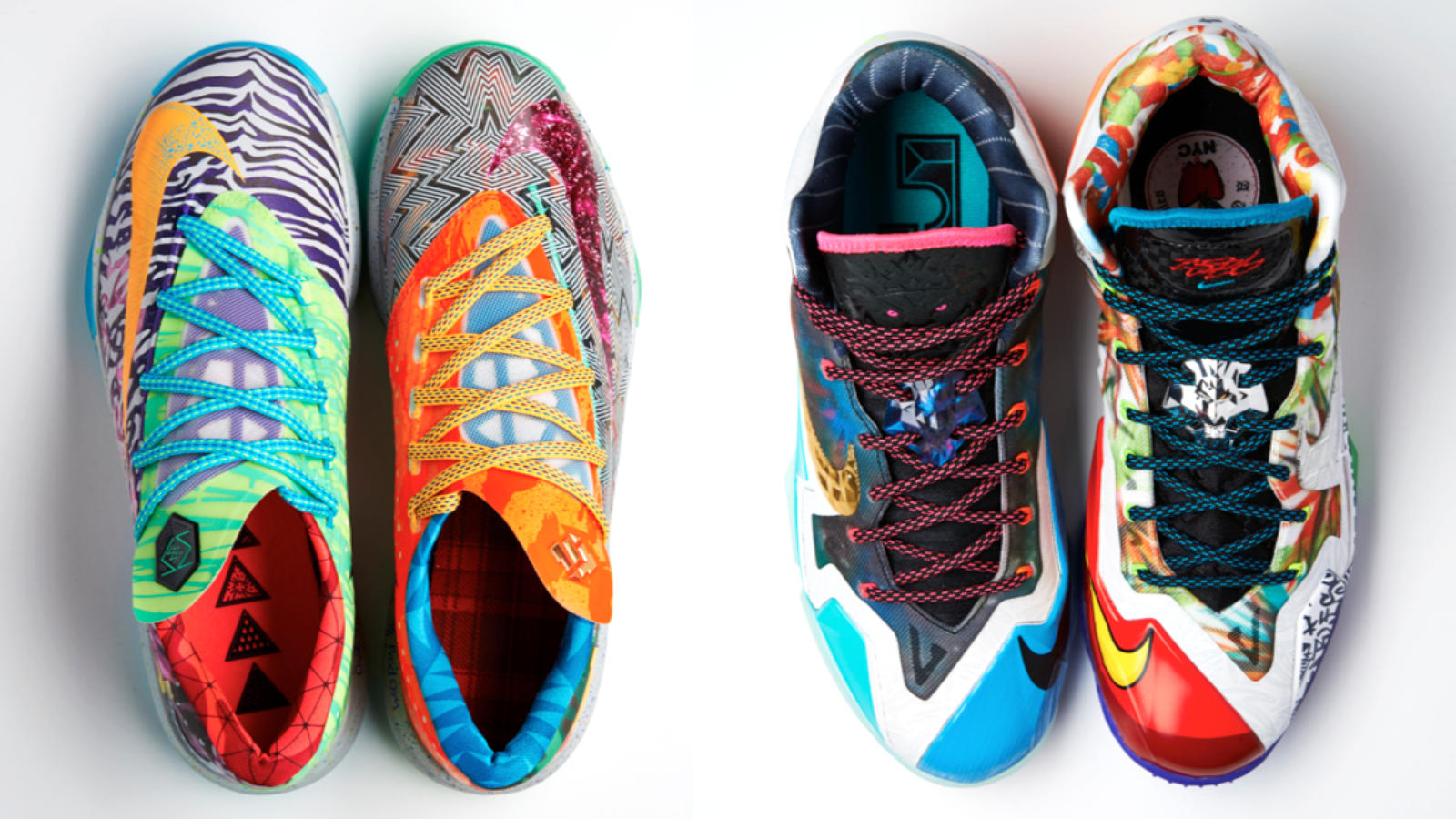 What originated seven years ago as a sociological sneaker experiment on the Nike SB Dunk Low has become a cultural phenomenon. “What The” are two simple words that speak volumes — a natural, intuitive reaction to something good, bad or ugly; but always open to interpretation.

The “What The #@*%” phrase invaded the sneaker sanctum and took on a new four-letter word with D-U-N-K. For the first time, Nike Basketball reveals plans to elevate the “What The” concept for signature shoes in 2014.

It’s part of Nike’s DNA to innovate and take risks. From day one, co-founders Phil Knight and Bill Bowerman encouraged all employees to push the limits on creativity and embrace irreverence.

Fast forward to 2007 when Nike Skateboarding footwear designer James Arizumi upped the ante on Knight’s provocative mandate with a Nike SB "What The Dunk." It was the brand’s first shoe featuring a mashup of iconic colorways. It was pop art with a purpose, tying a designer’s method to his madness.

"I wanted to create a shoe that combined all of the best Dunks that Nike SB has created over the years into one crazy shoe that had a 'What The ??’ factor," said Arizumi. "We like to say Respect the Past, Embrace the Future, and now looking back, the "What the Dunk" was a time capsule that did just that."

Reactions varied, with some entertained and others alarmed. The special edition was like a genetic mutation of the Dunk — a classic hoops shoe born on the hardwood in 1986 and revamped for skating. This makeover fueled a legion of worldwide loyalists from Japan to Geneva.

Nike Basketball’s design team was in full stride with the Nike Kobe VII in 2012. Living by Kobe Bryant’s mantra to always push creative limits, an idea was born. Graphics lead Erick Goto, inspired by Arizumi’s seven-year-old "What the Dunk" shoe, set out to take Nike Basketball to new places with the first "What the Kobe." Unveiled on the cover of Australia’s globally-revered Sneaker Freaker magazine, the "What the Kobe" sold out immediately.

Goto’s creation began a new trend tied to hoops. Nike Basketball has designed six “What The” models over the years, with four of them hitting stores.

“Our team takes prides in bringing athlete stories to life. Over the course of the year, we reach a point where we get to put a capstone on each model, and celebrate the shoes in a wild way,” said Goto.

Eleven years since its inception, LeBron James’s signature shoe fuses performance technology with inspiration.  His remarkable career accomplishments – two–time world champ, four-time league MVP, two-time gold medalist – have paralleled the industry-defining Nike innovation in his signature shoes.  For 2014, the LEBRON 11 "What the LeBron" remixes eight product design elements from past LeBron signature shoes, along with 20 different graphics and colors from previous editions. A cornucopia of inspiration, it features some of the most popular details rooted in innovation and storytelling, setting James’s shoes apart.  You’ll see 28 different elements, from the tongue detailing of the LEBRON VII to the Akron map on the LEBRON V.

Kevin Durant’s ascension to one of the world’s top athletes comes as no surprise to Nike Basketball, who signed Durant in 2007. His relentless work ethic, humility and drive to be the best never waver. His journey inspired the KD VI shoe, originally launched with an event at Durant’s childhood rec center, the Seat Pleasant Activity Center, which he still views as his home away from home. The new KD VI "What The KD" melds 35 graphics and colors from all the past KD VI colorways. From the Maryland blue crab-inspired Swoosh, to the floral graphic of his late Aunt Pearl’s robe, this new shoe captures KD’s personal stories all in one.

Nike Basketball delivers game-changing innovation and inspiration to athletes worldwide and the 2014 “What The” versions of the LEBRON 11 and KD VI are living proof. Like artwork, the bold irreverence of each shoe illustrates that beauty is in the eye of the beholder and always open for interpretation.

The LEBRON 11 ‘What The LeBron’ is available globally on May 31 and the KD VI ‘What The KD’ is out June 7. Matching t-shirts are also available.