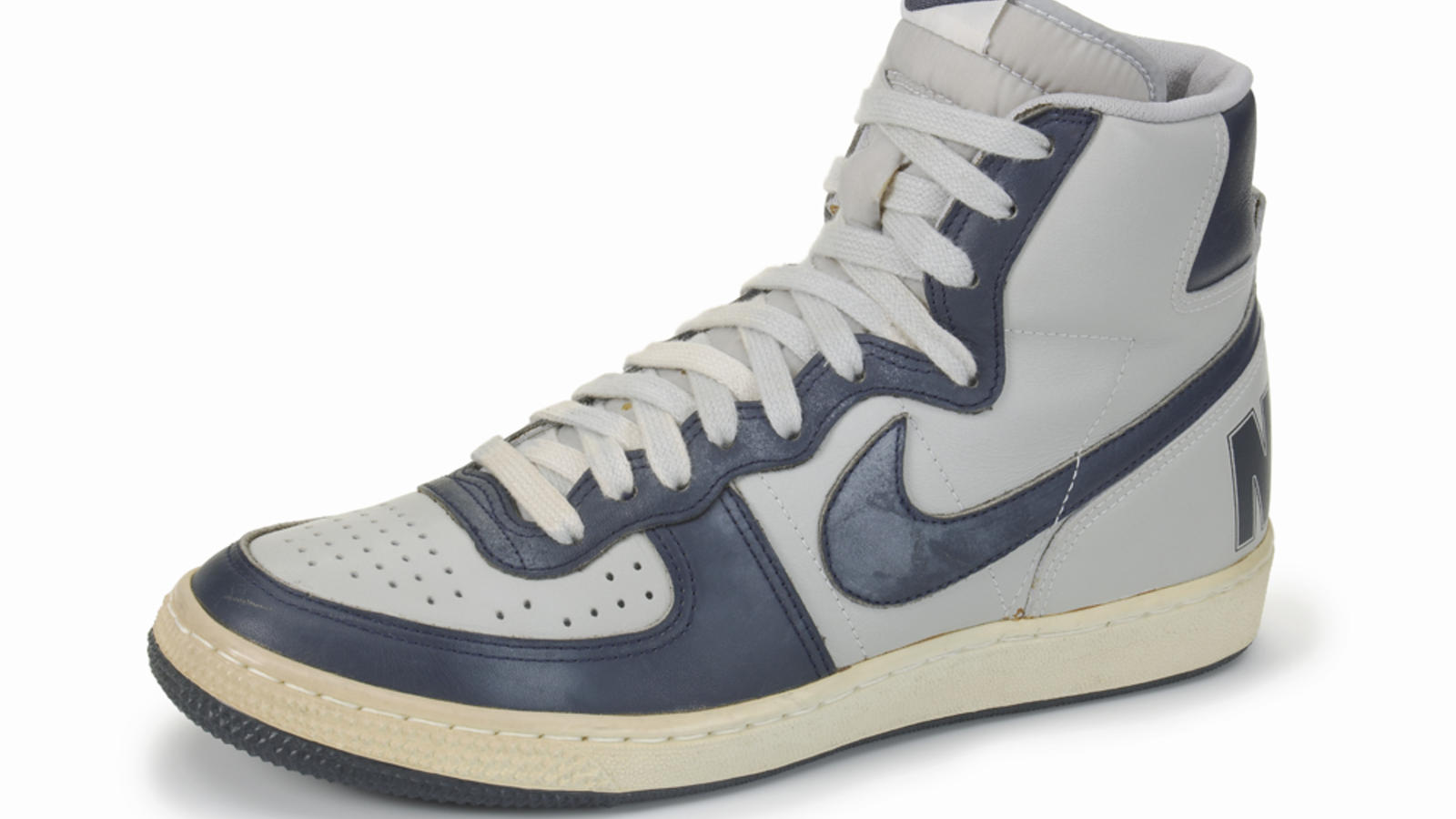 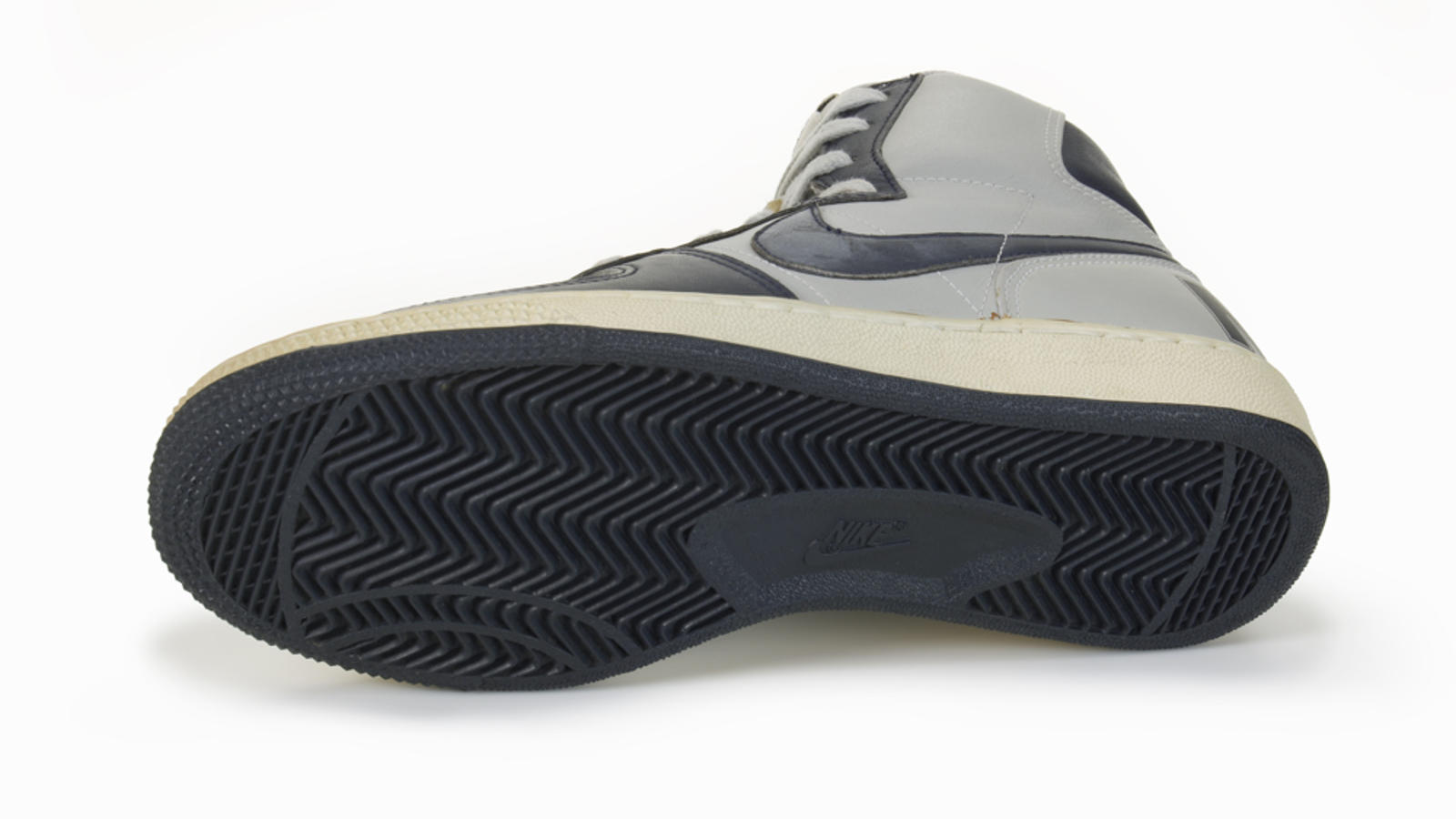 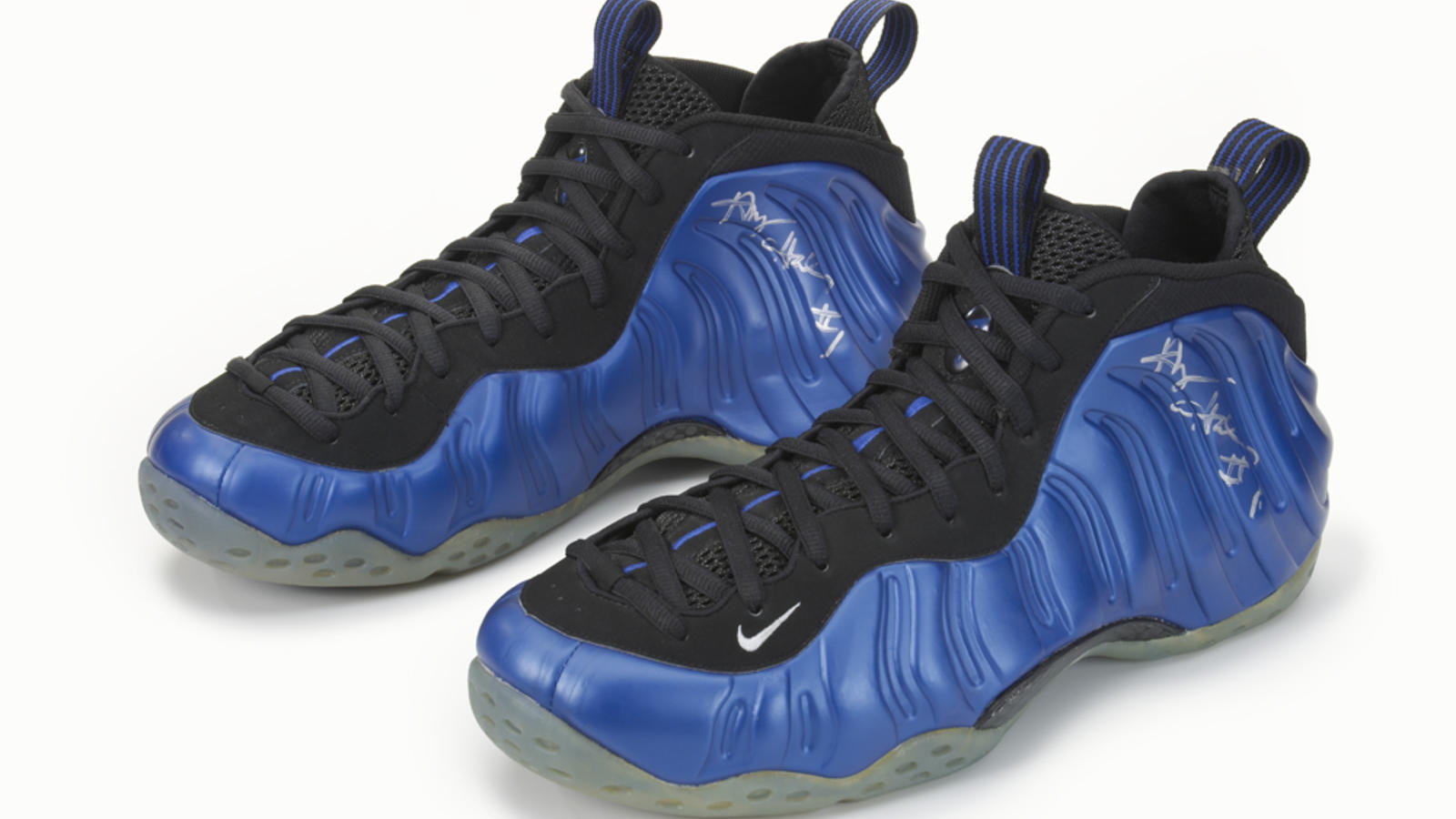 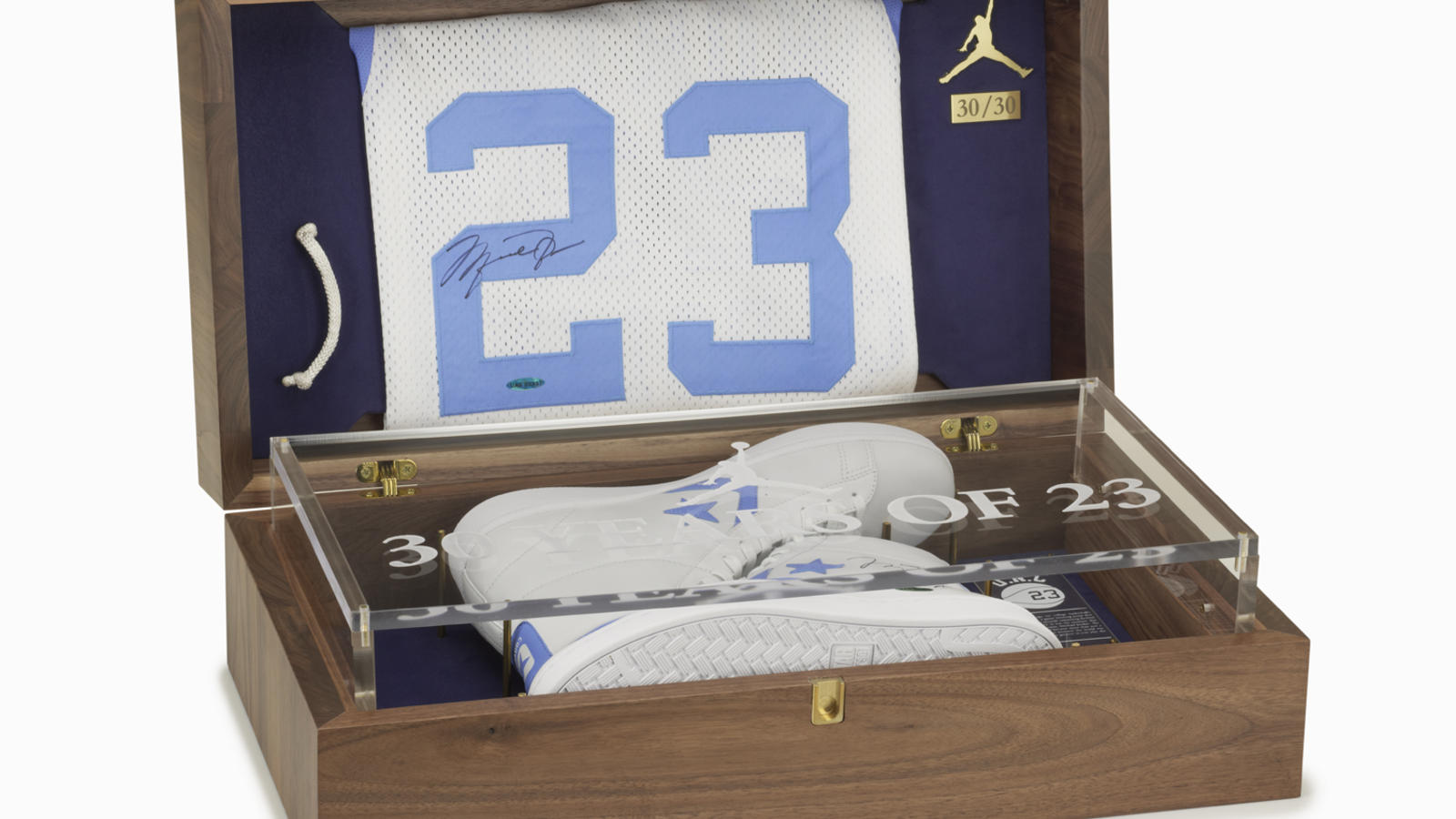 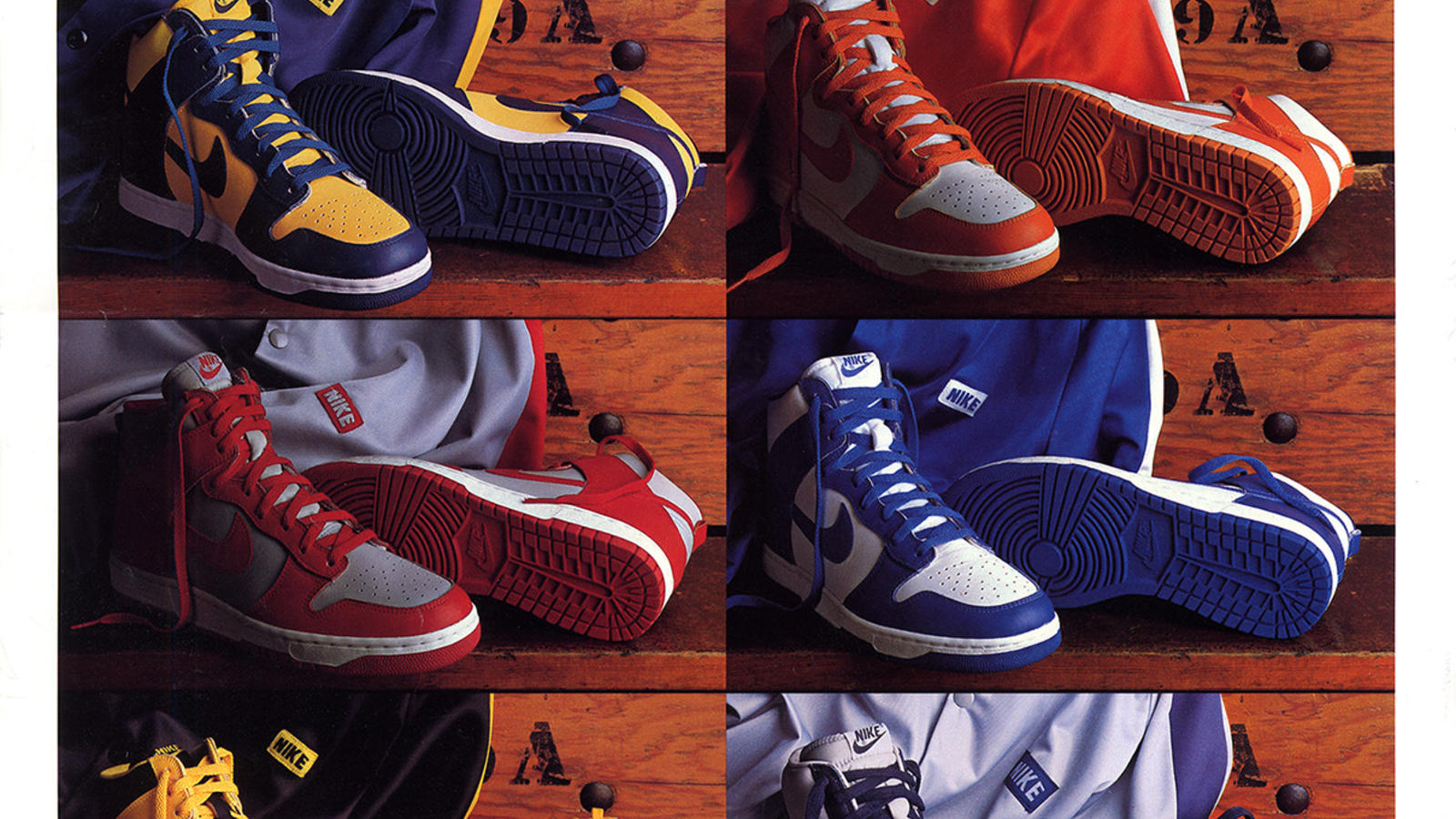 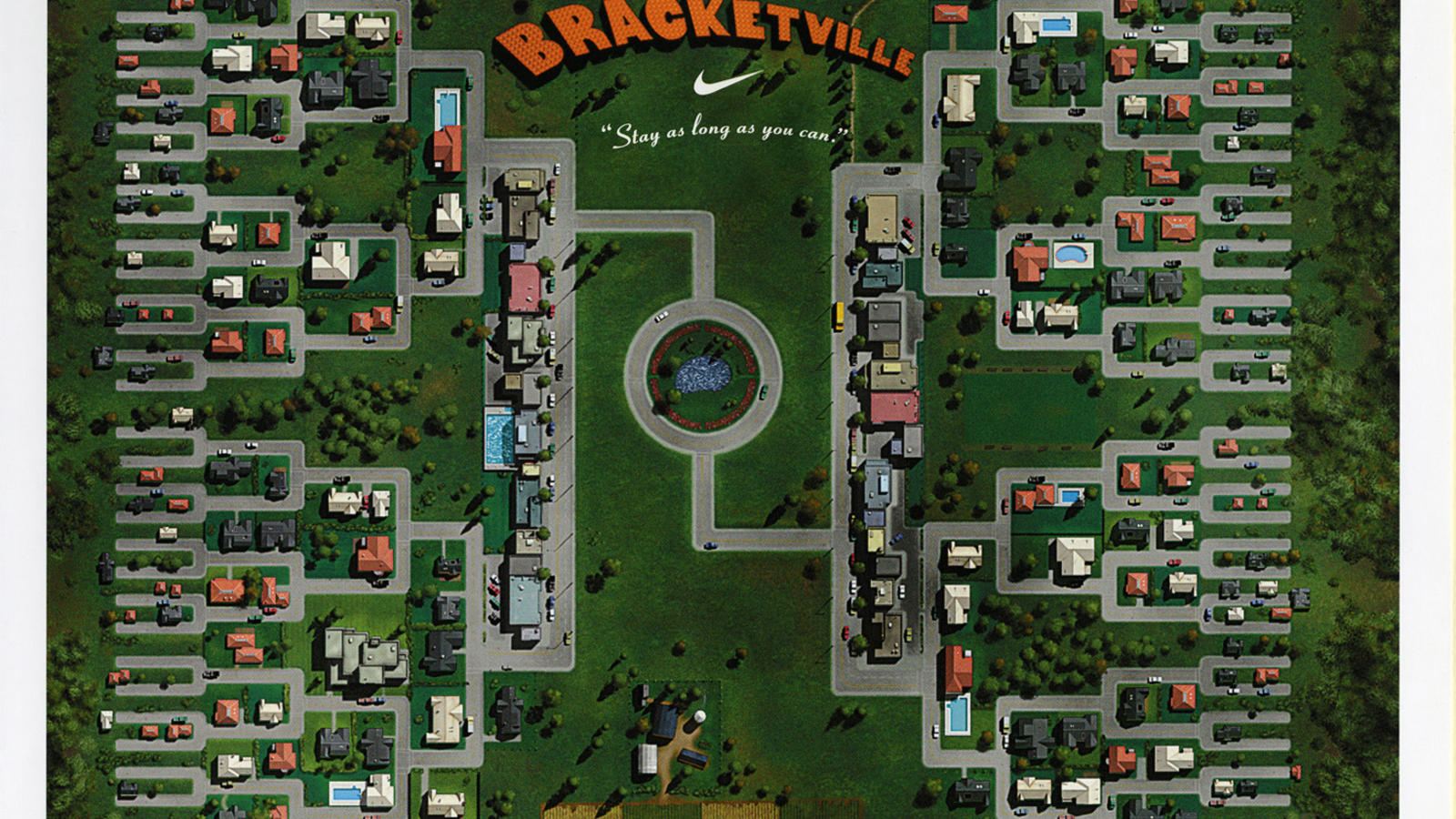 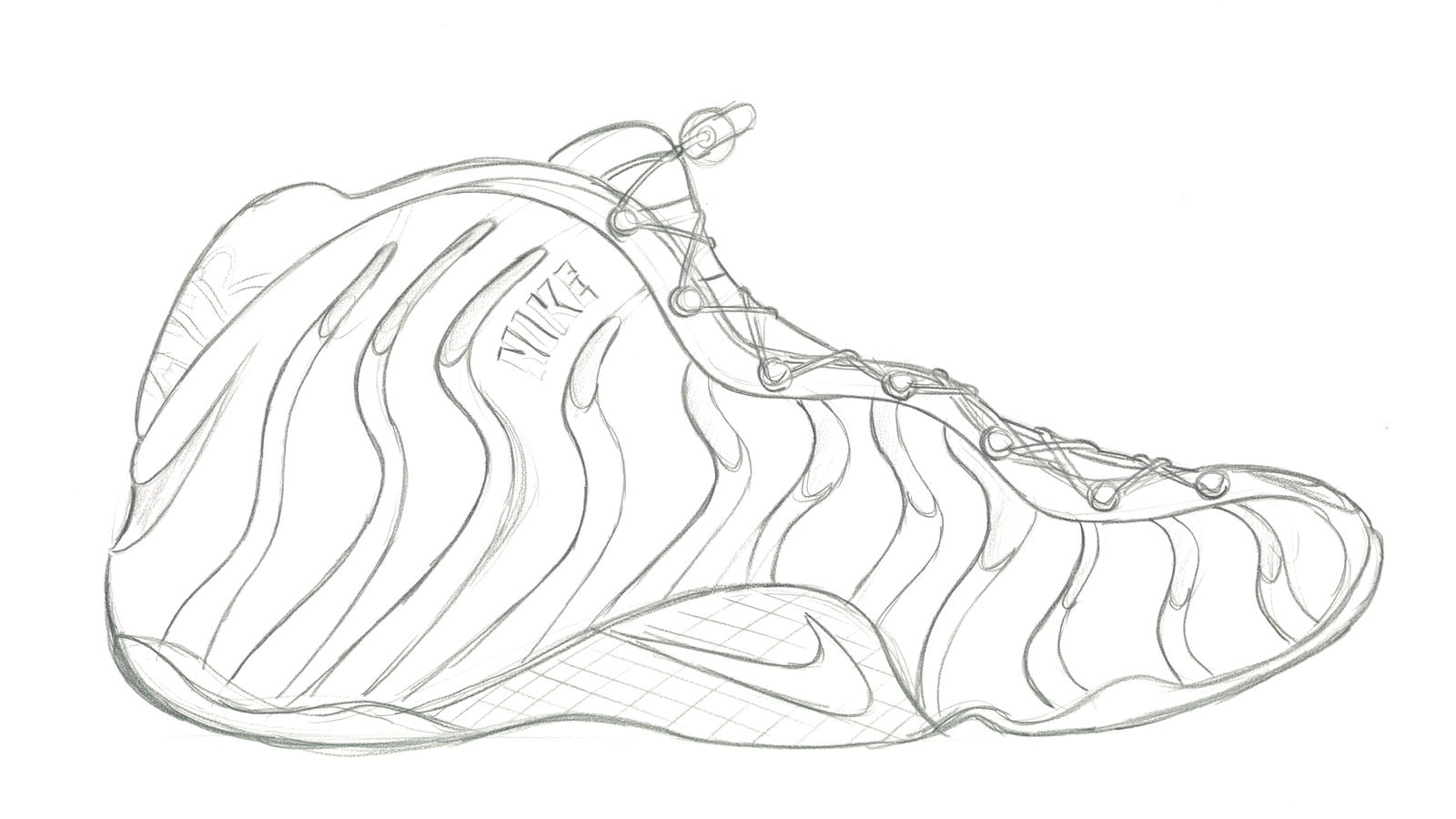 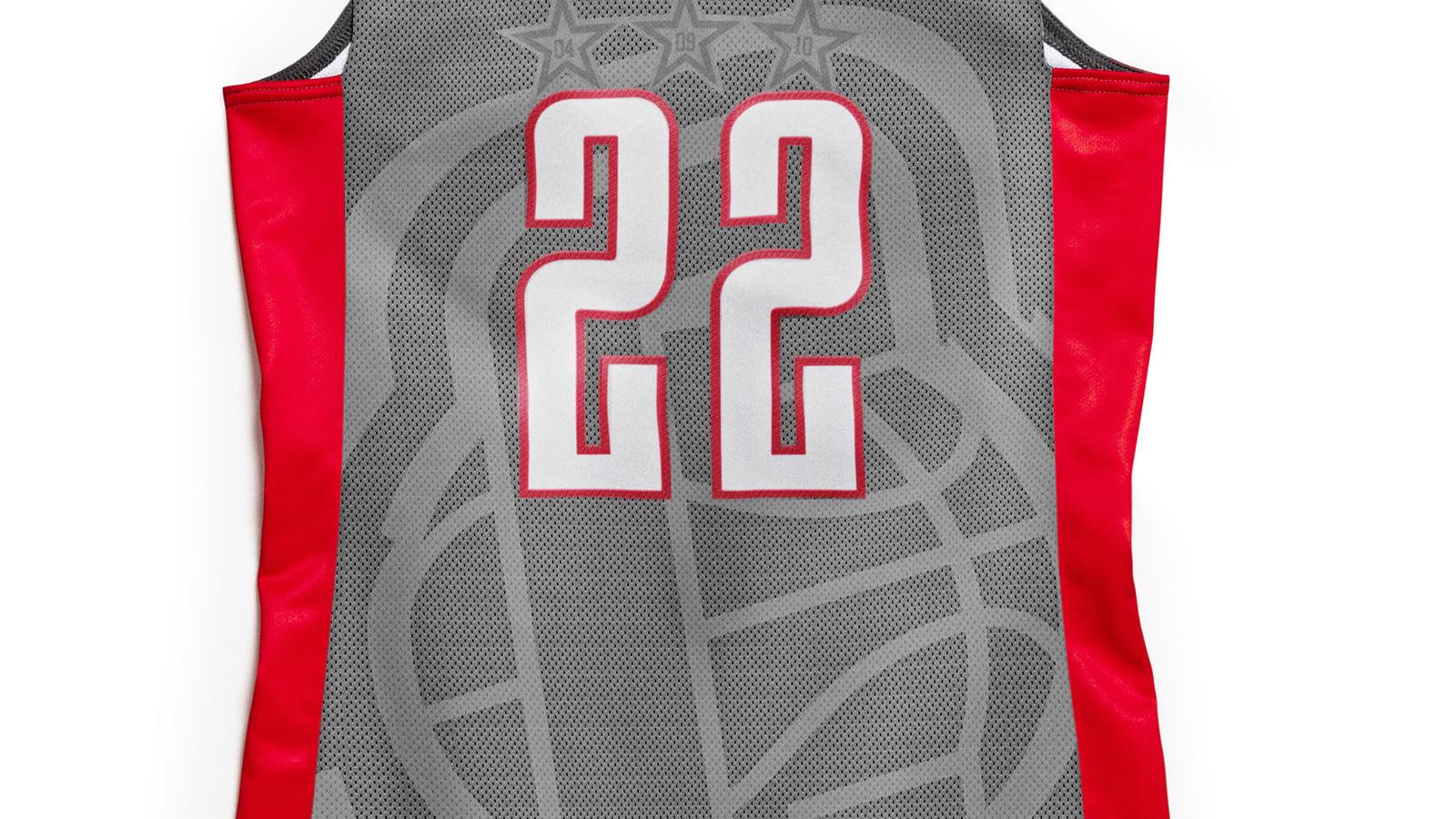 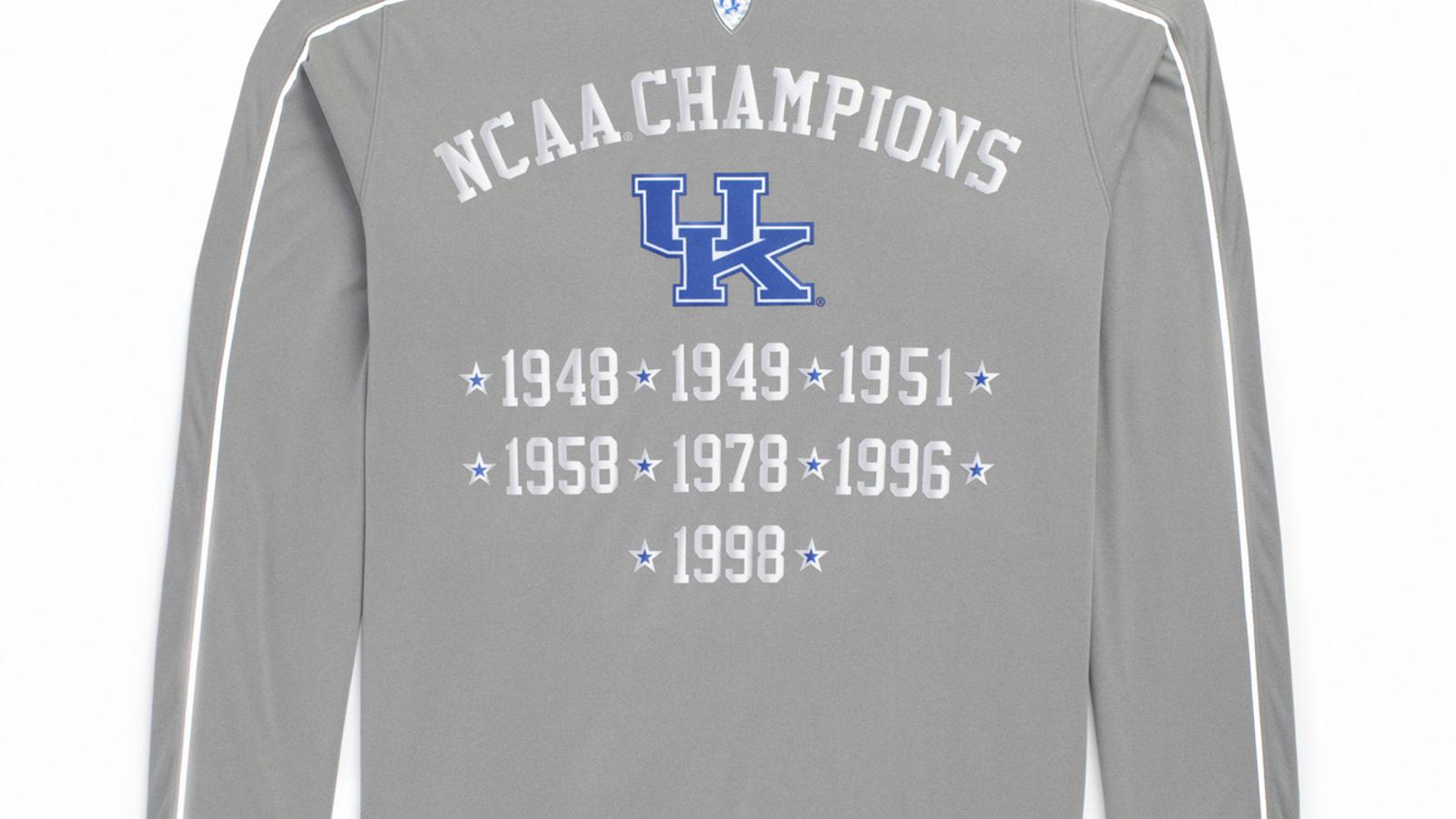 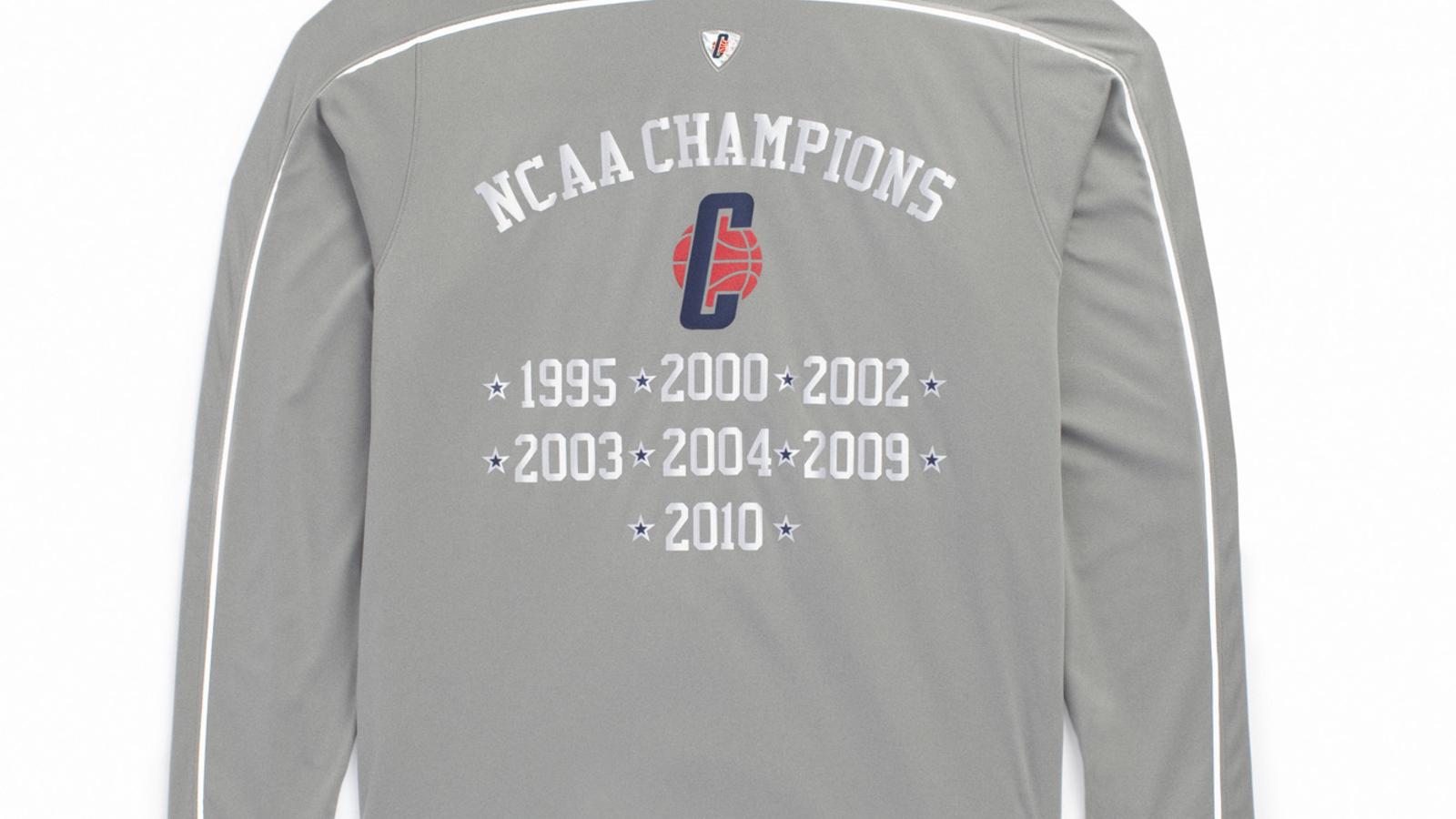 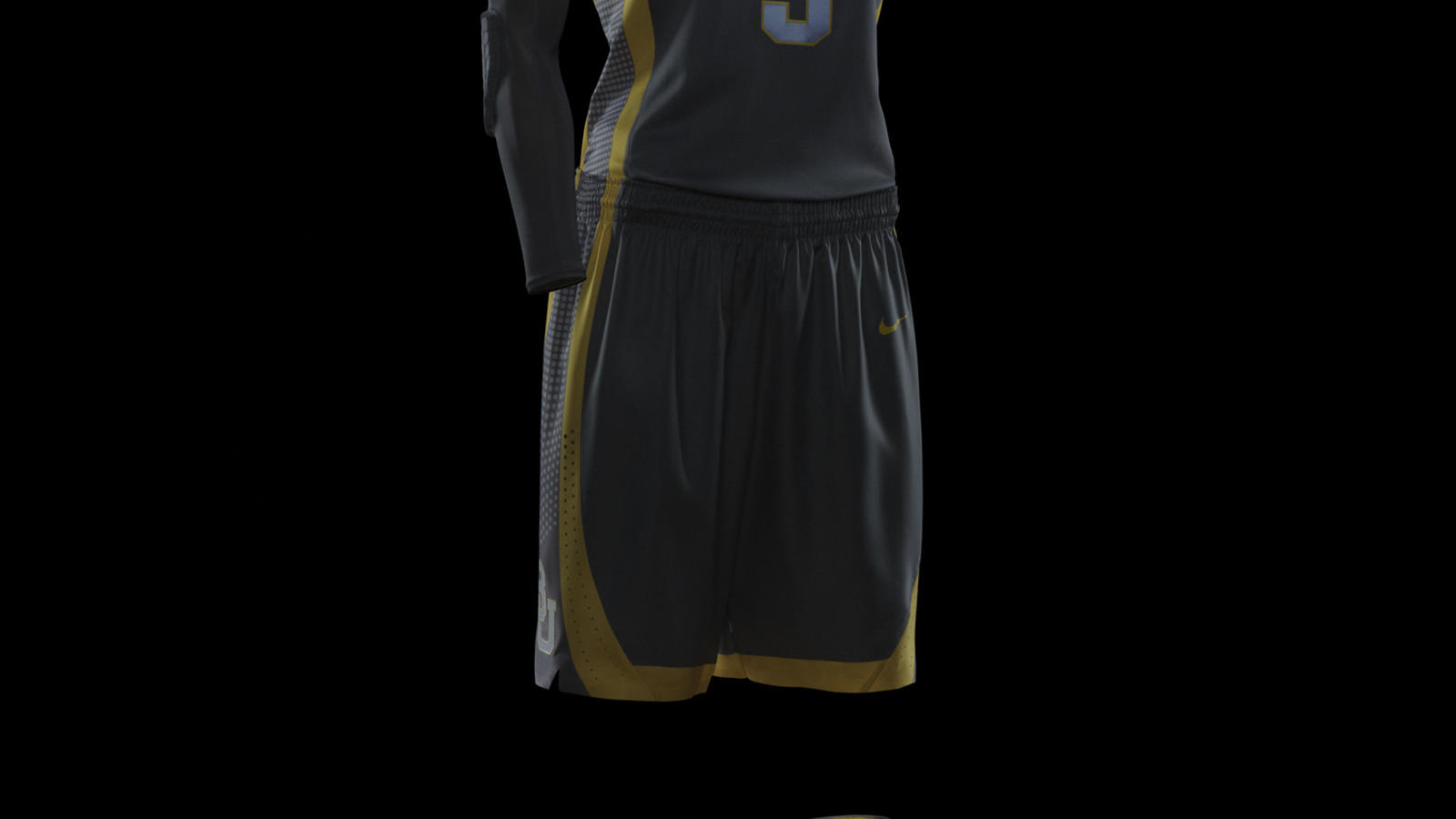 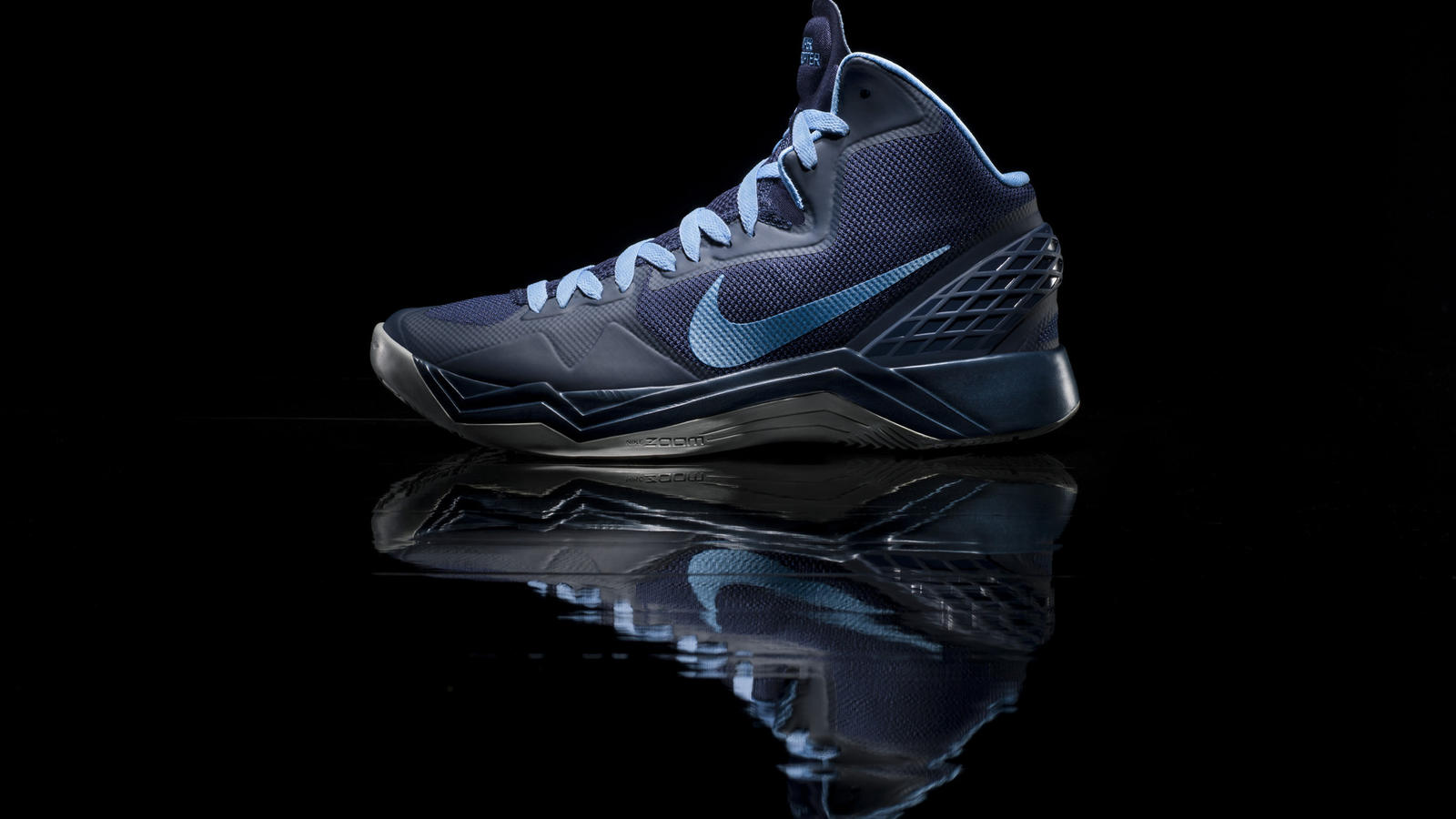 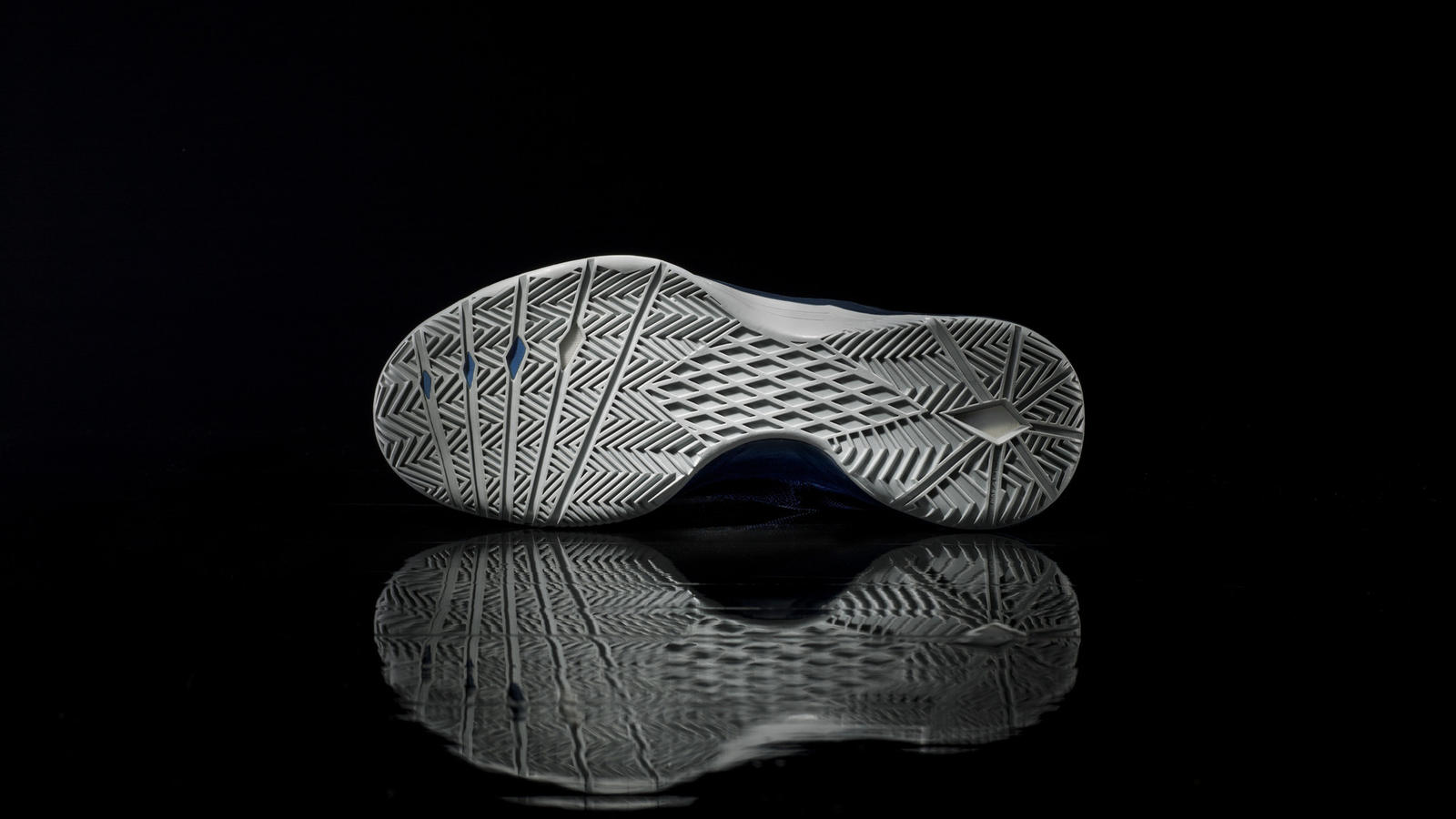 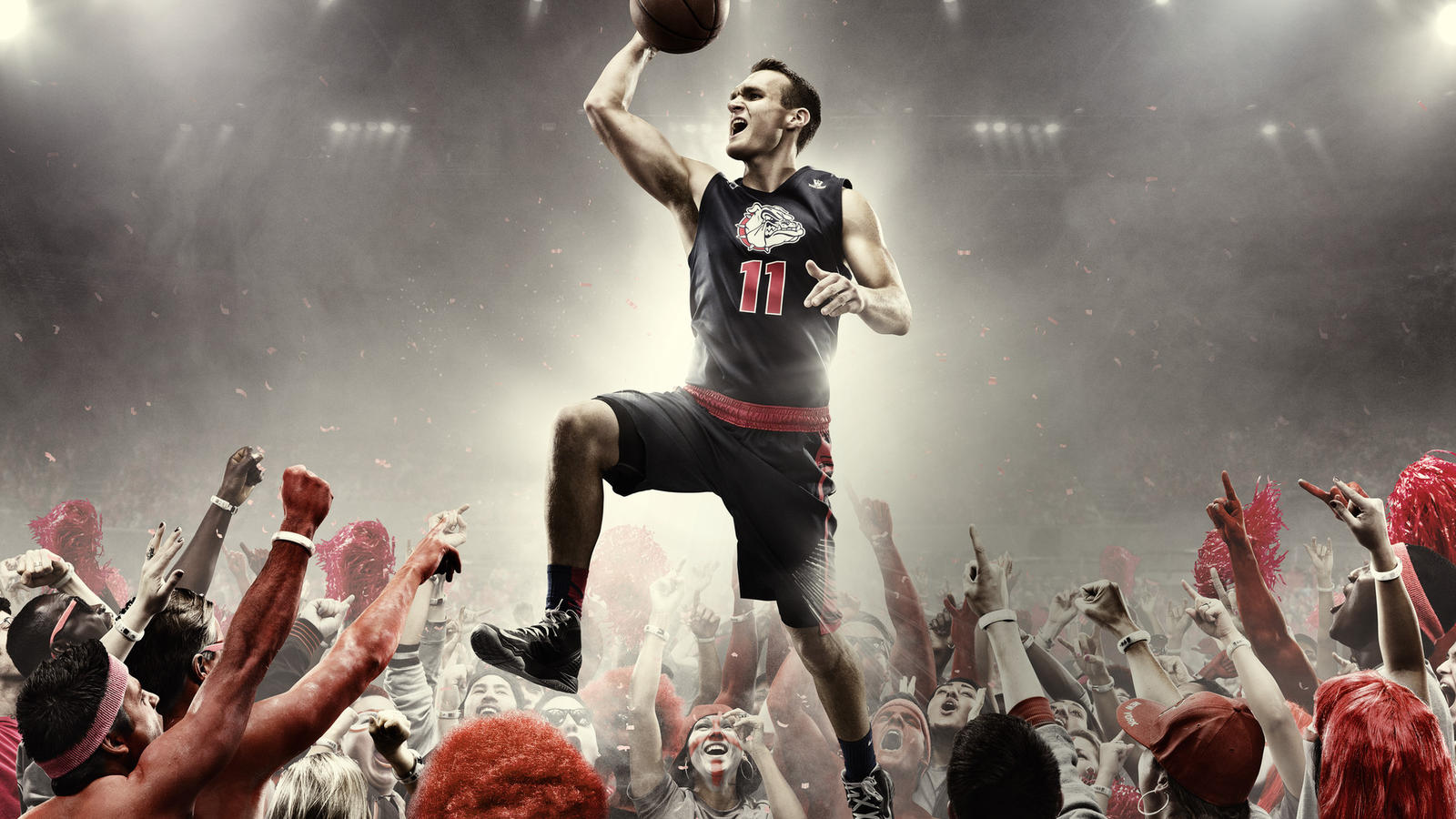 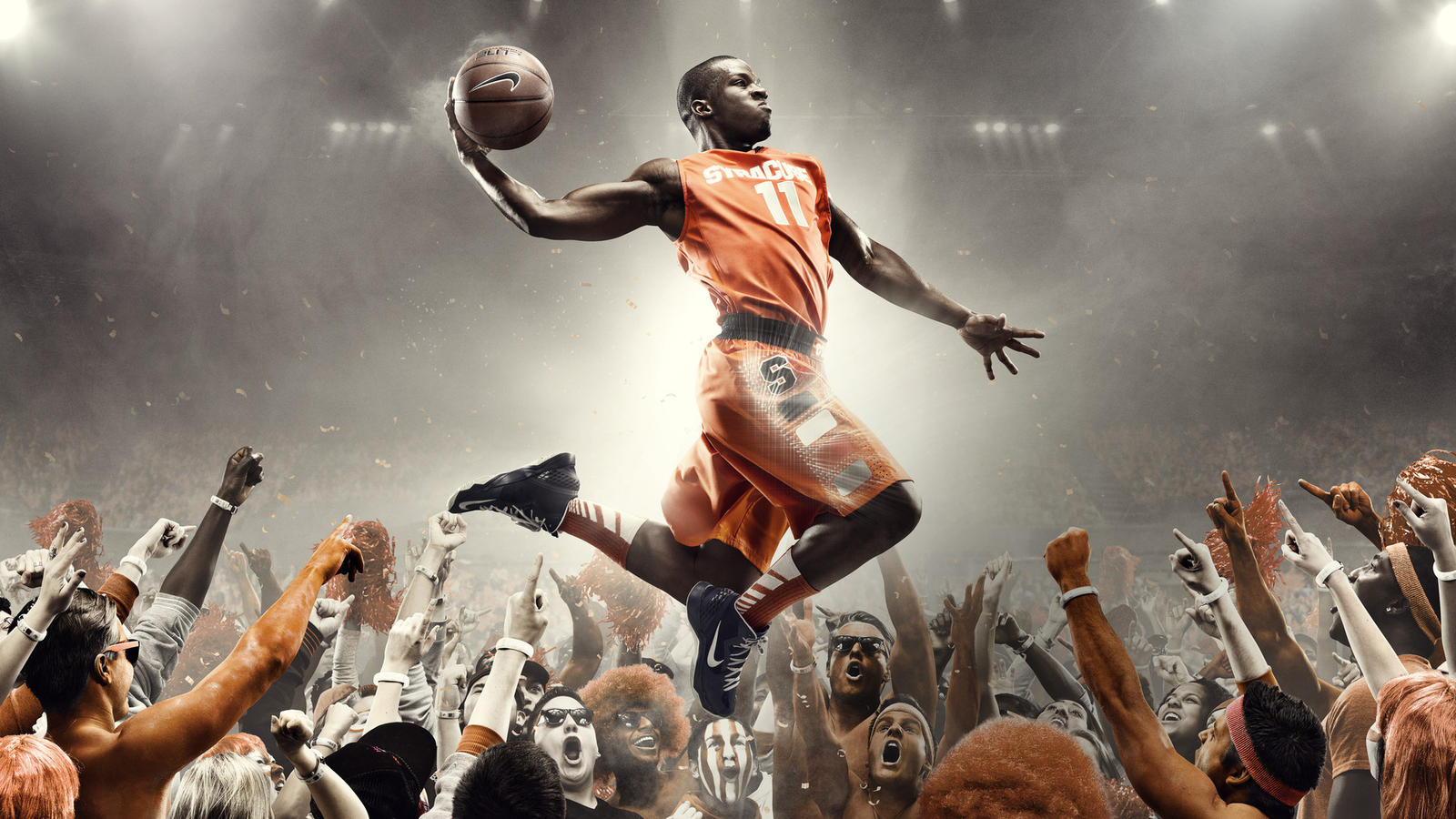 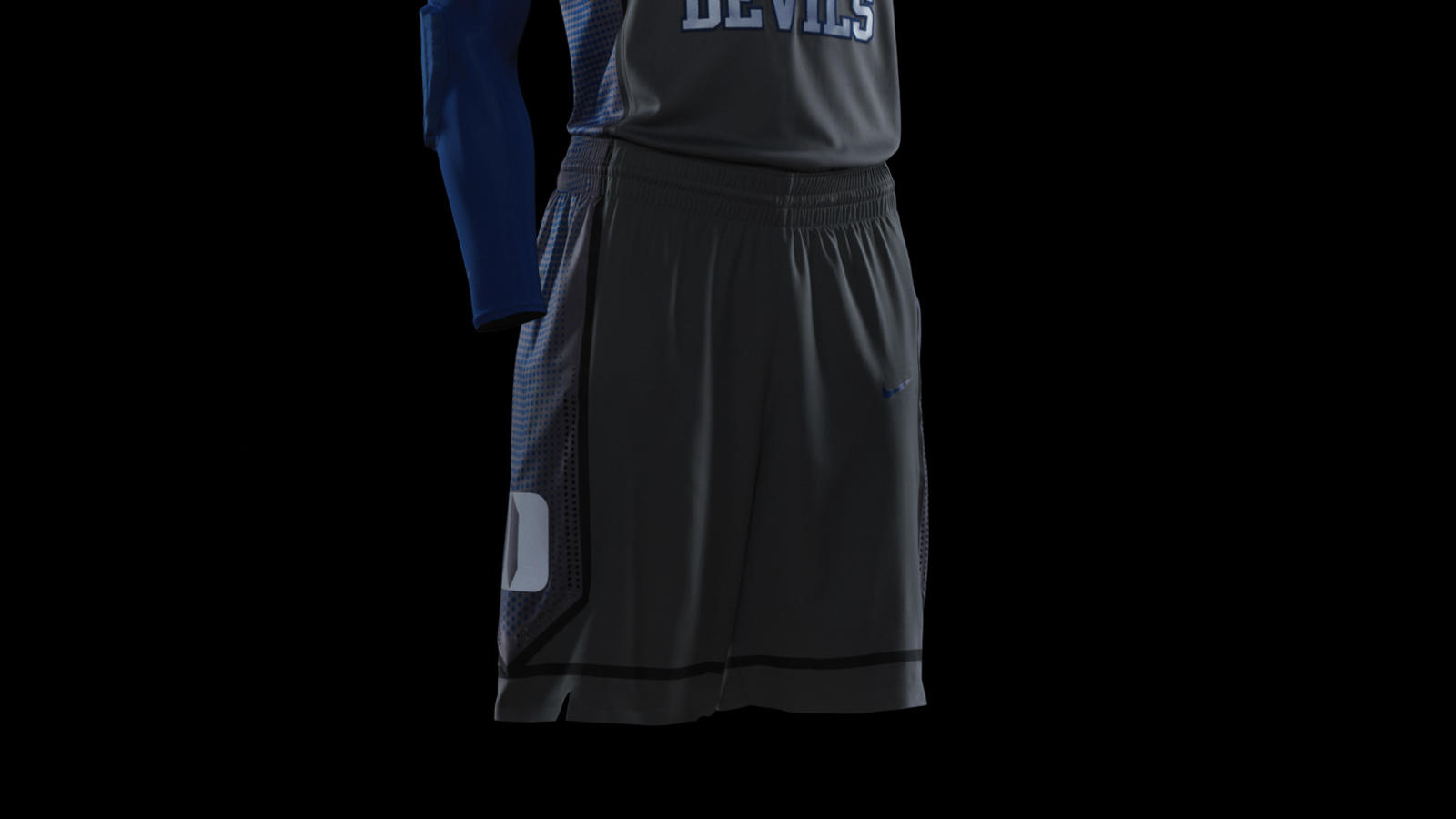 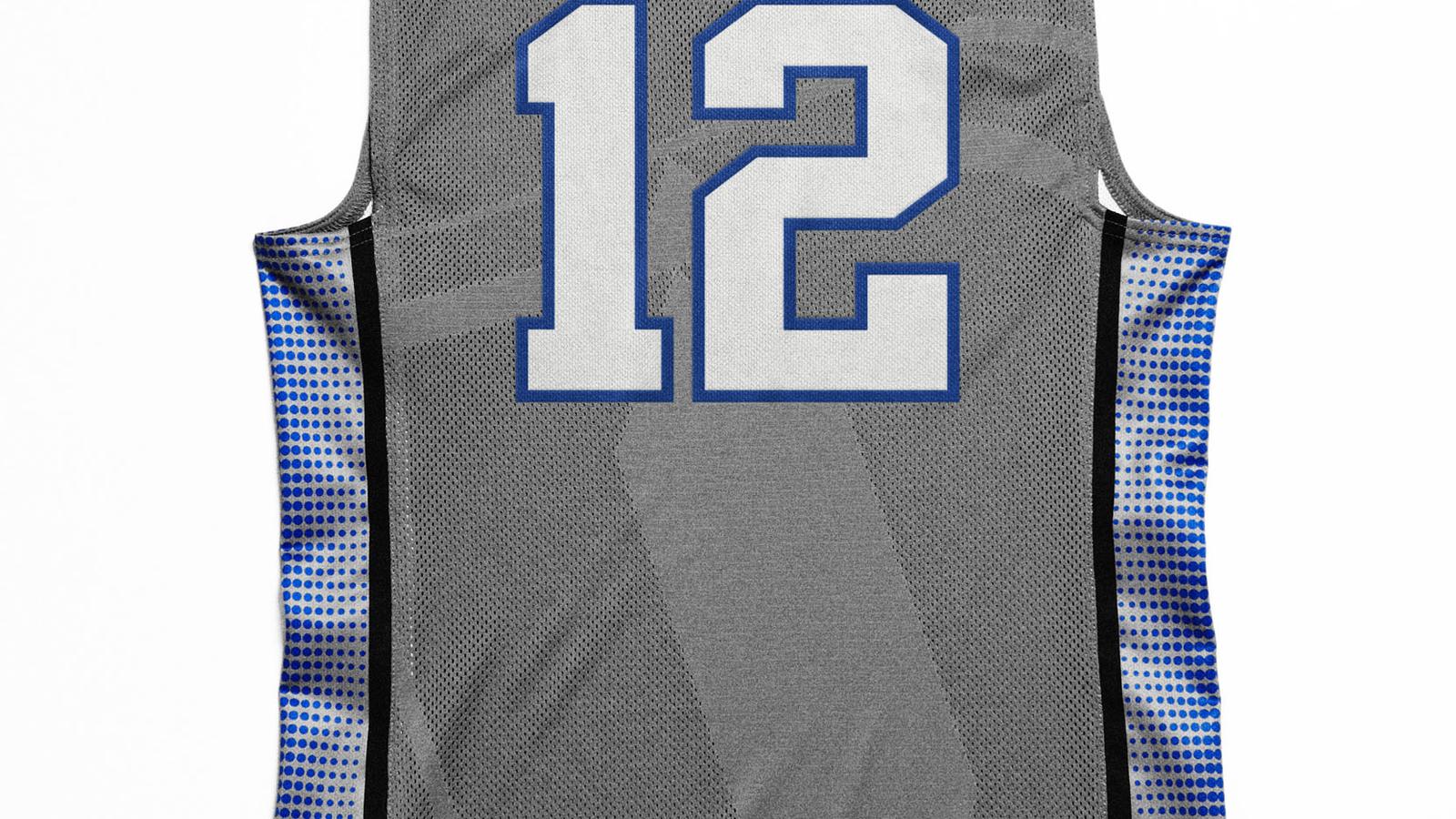 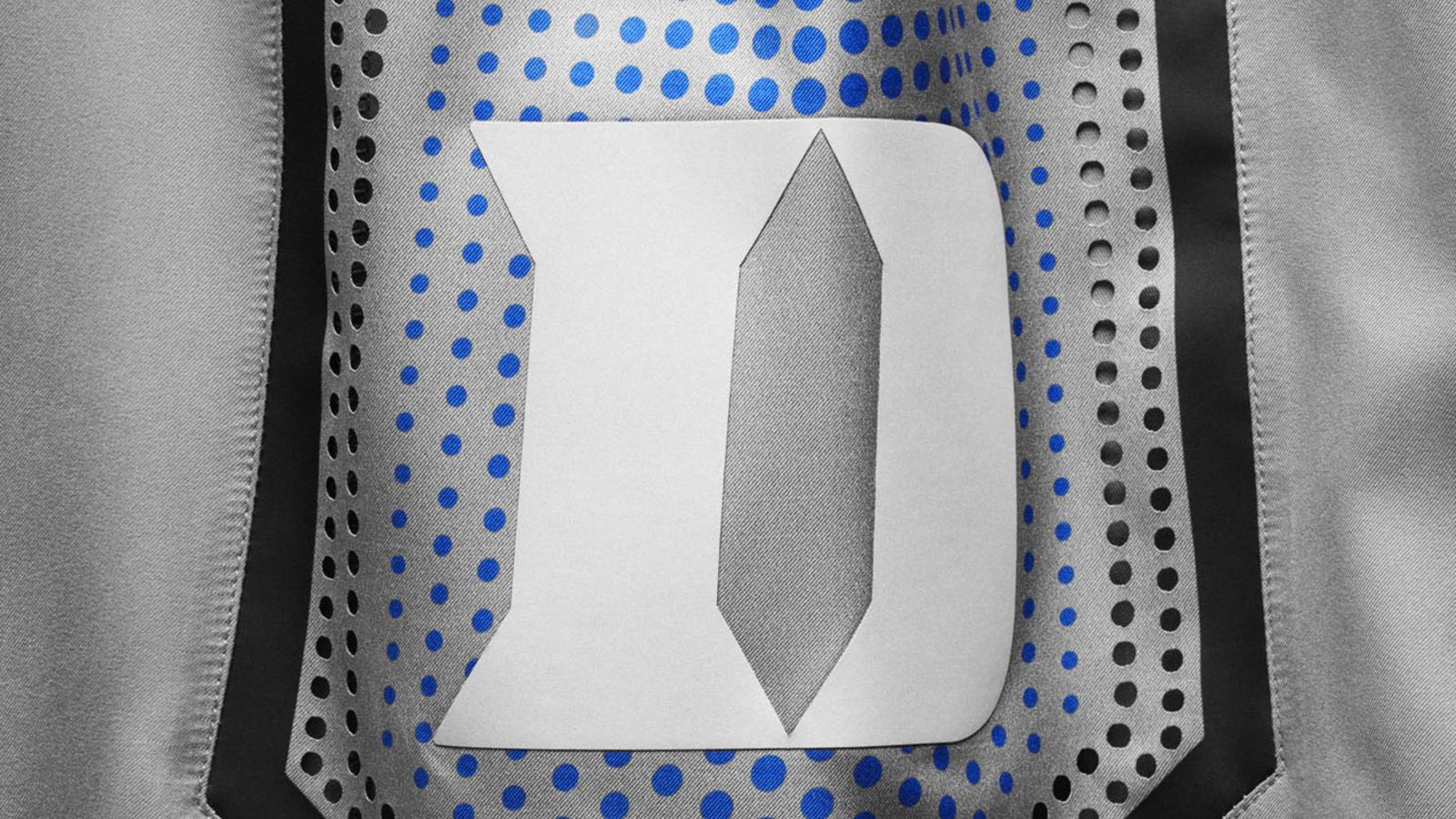 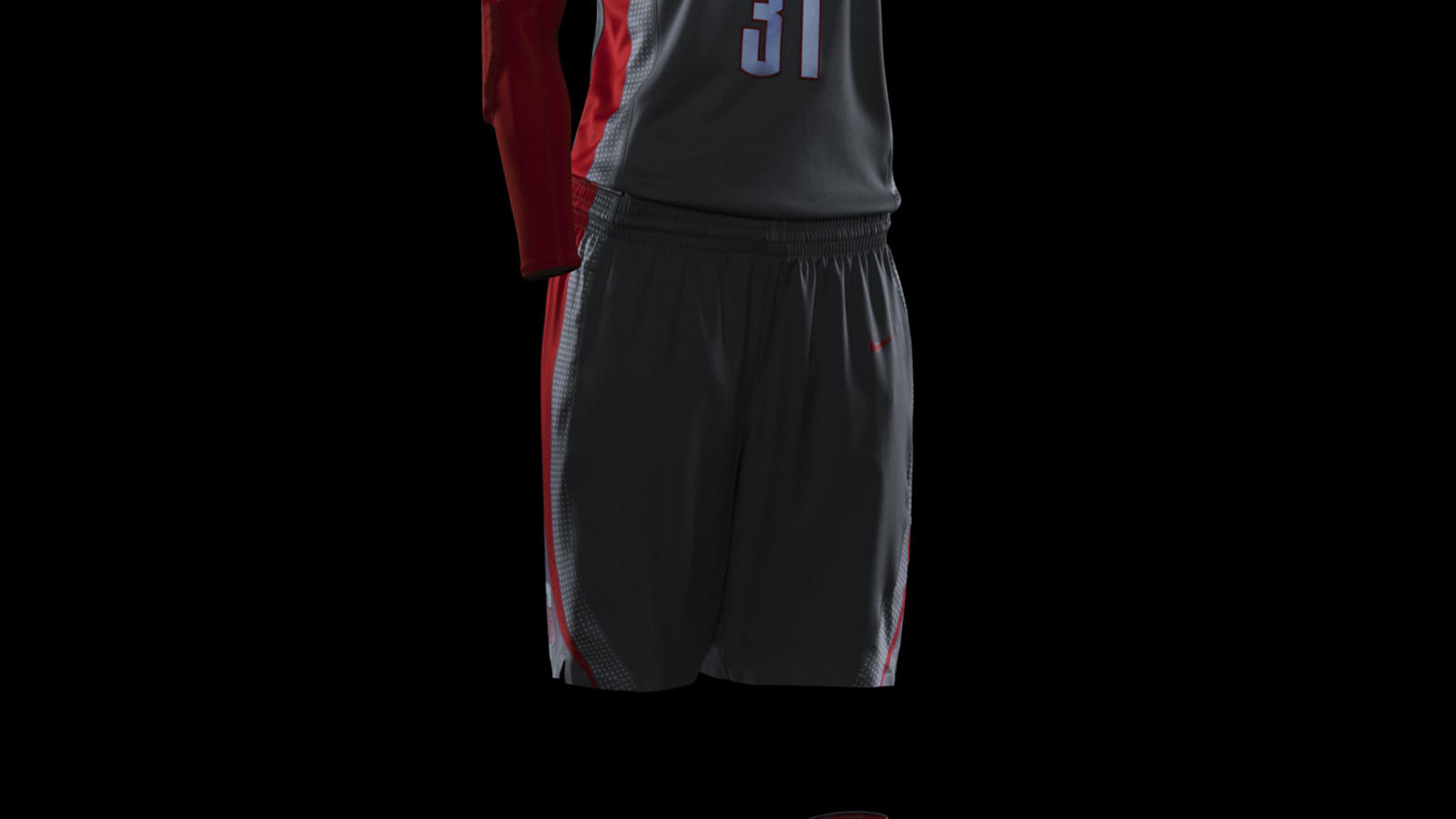 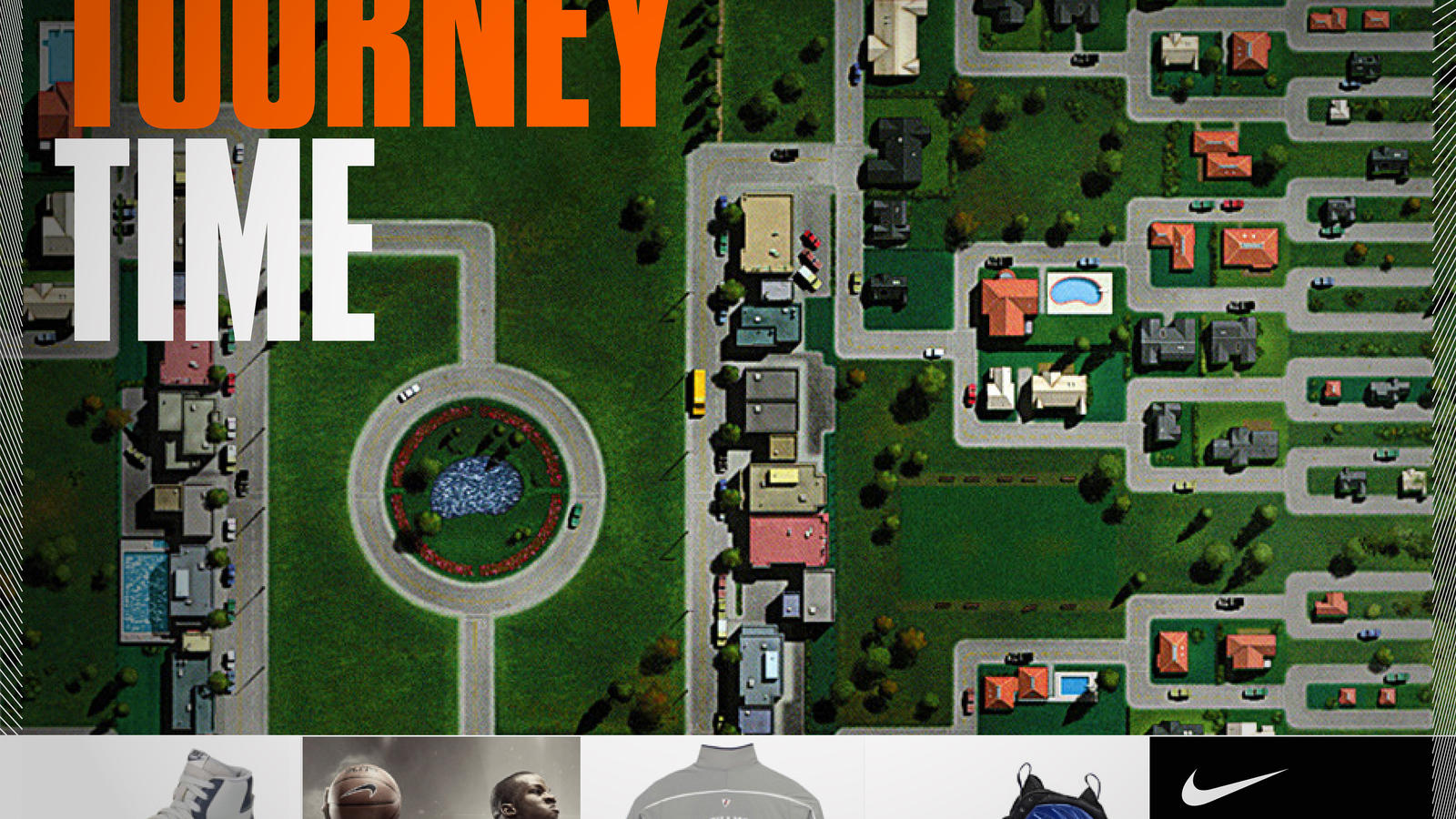 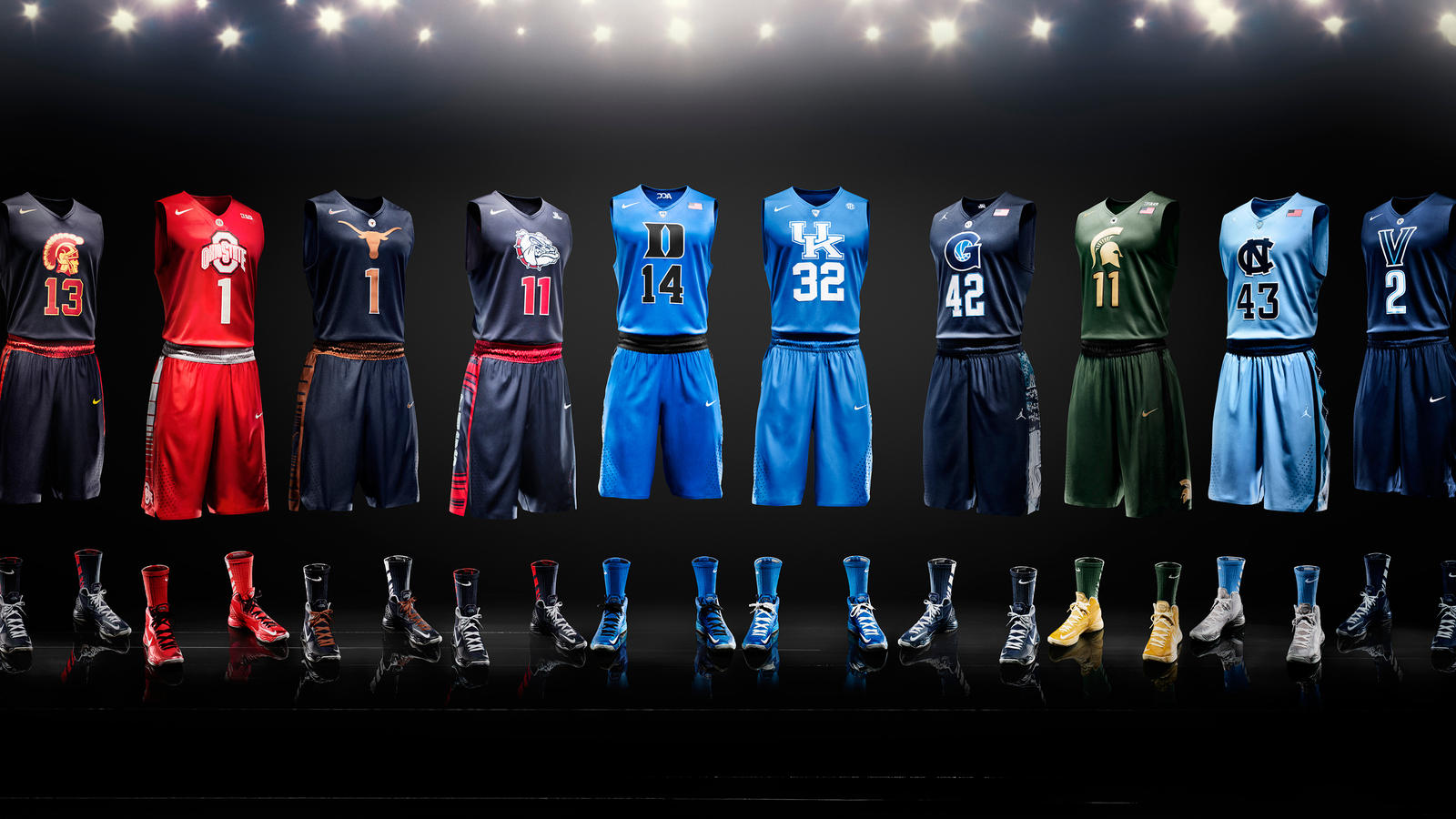 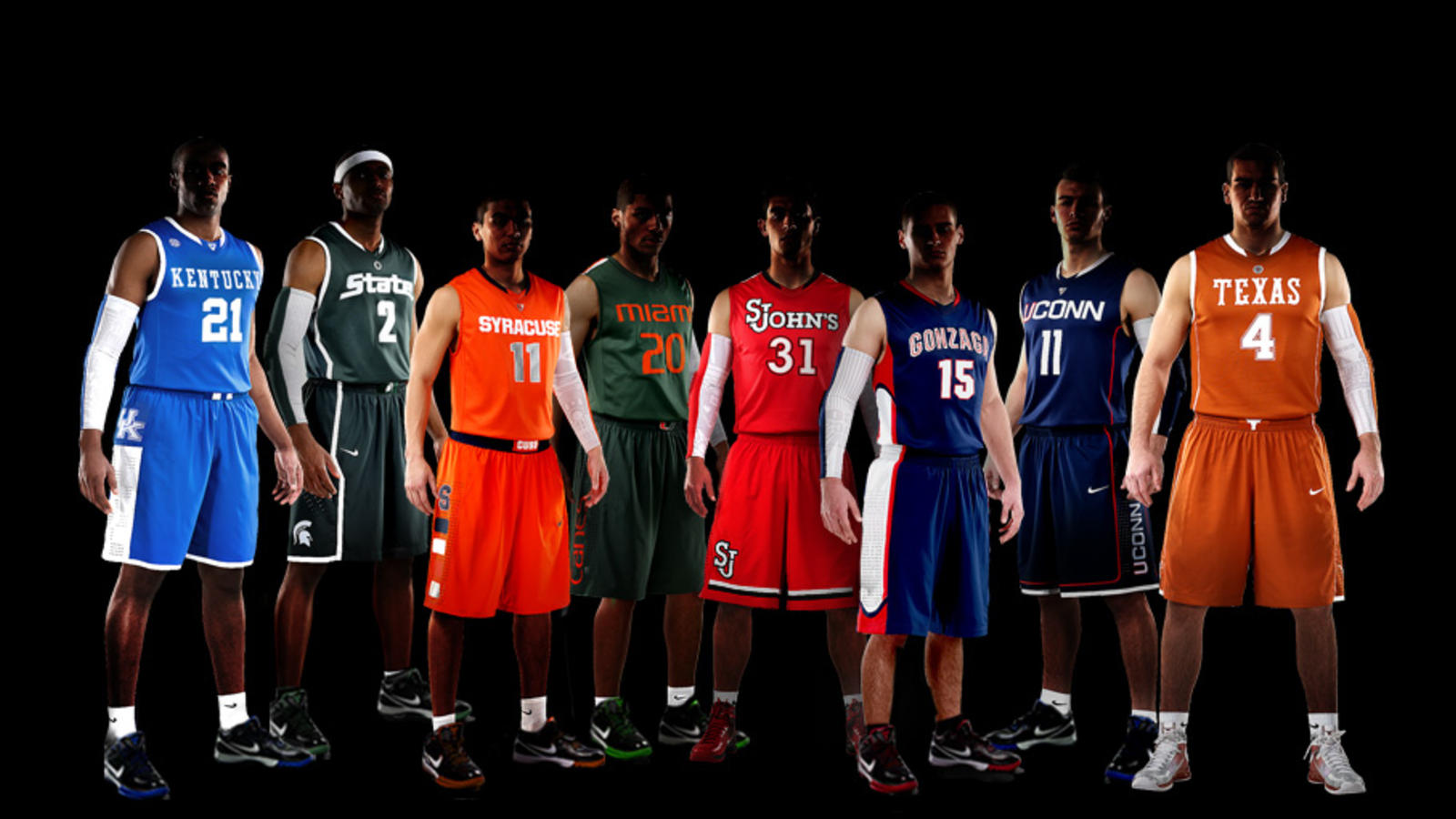 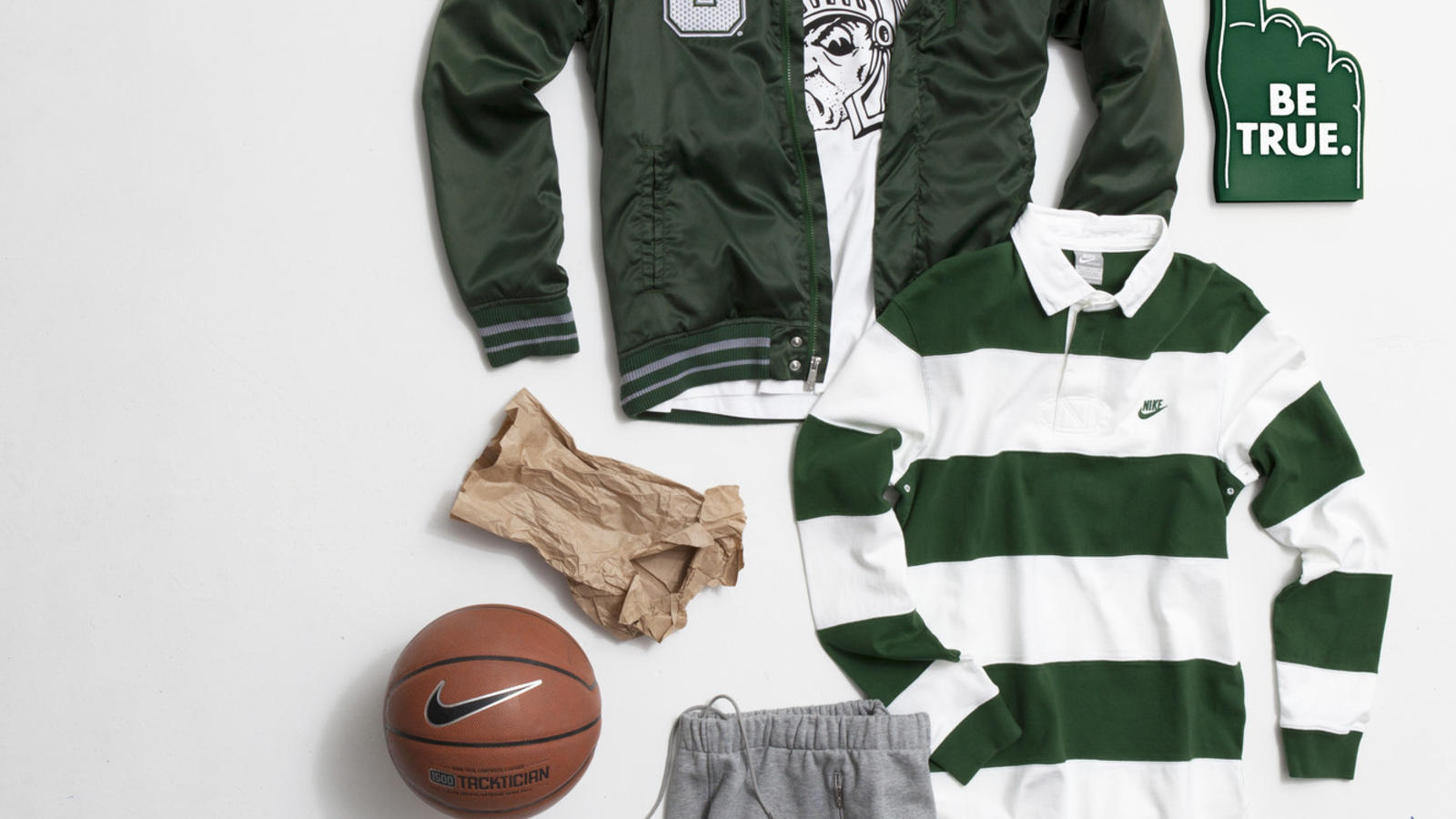 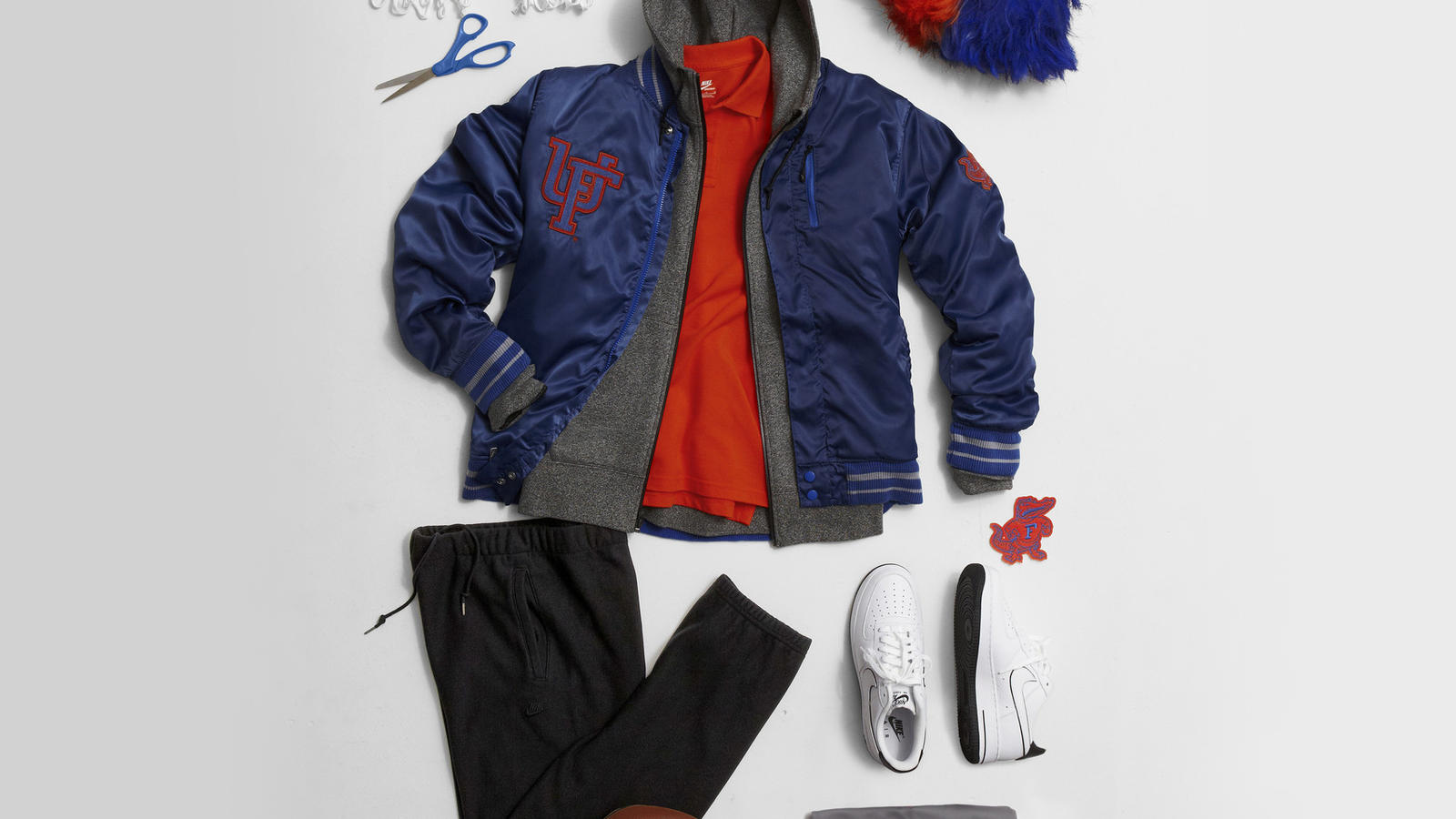 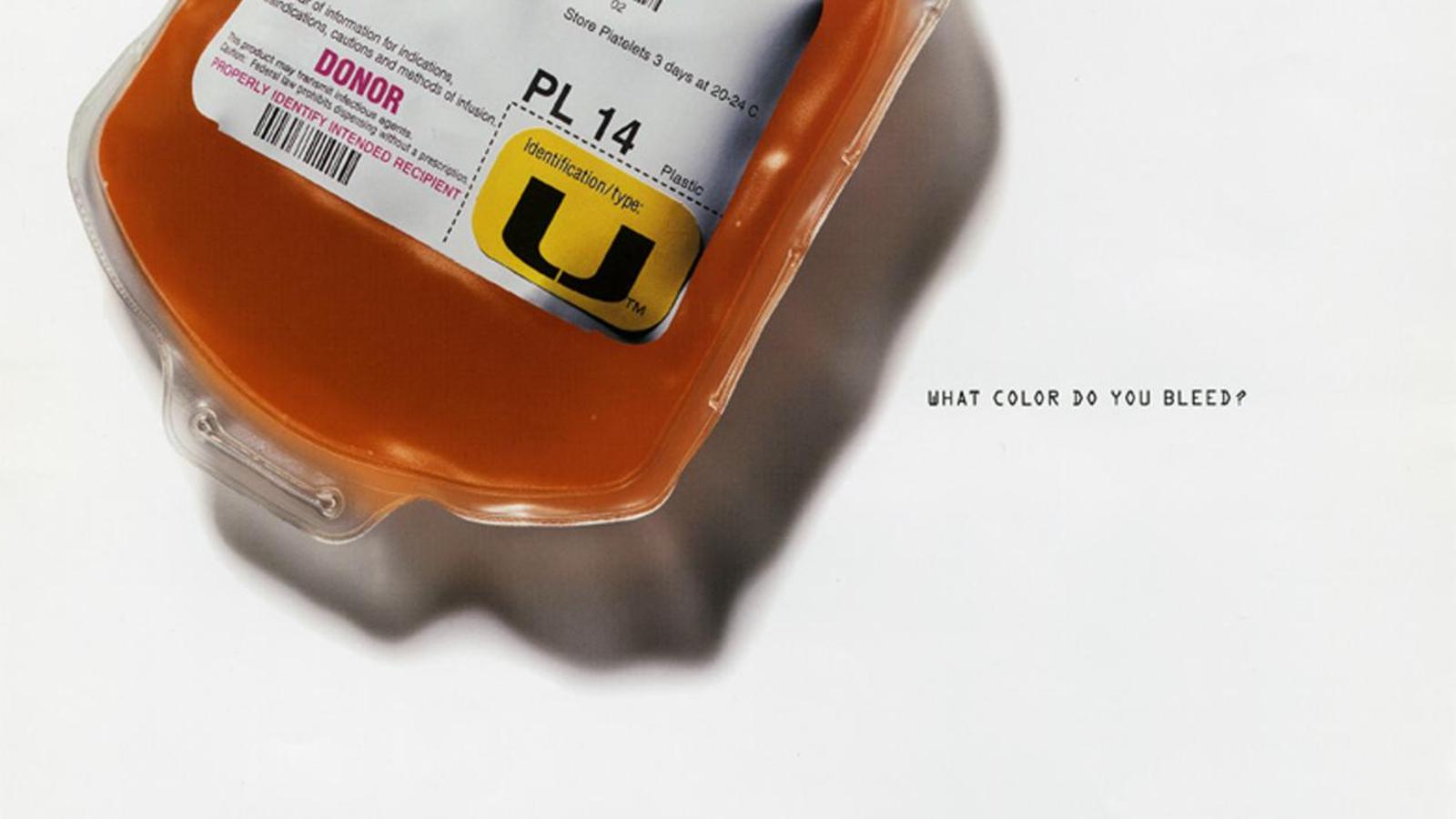 Day-by-day, one-by-one through March and April, seasons progress in triumph or end in despair. Floor burns and buzzer-beaters define underdogs and titans alike. And at the end of it all, the newest young kings and queens of basketball are crowned.

Starting with the Arizona Wildcats in 1997, the first team to win a National Championship in full Nike apparel and footwear, 14 of the last 16 men’s champions and 50 of 64 Final Four teams have worn Nike or Jordan Brand from head–to-toe, with two additional schools in Nike footwear.

Beginning with the University of Connecticut in 2000, the first women’s team to hoist the trophy in Nike apparel and footwear, nine of the last 13 women’s champions have been Nike schools — 37 of the 52 Final Four teams.

But Nike’s legacy of cultural and innovative impact reaches back much further:

Now the namesake of the Jordan Brand and the iconic Air Jordan series, but once a wide-eyed yet gritty freshman in a pair of Converse Pro Leathers, Michael Jordan jump-started his legacy with a National Championship in 1982. In 2012, the Jordan Brand and Converse commemorated this moment with a limited edition 30th anniversary pack, signed by MJ.

In 1984 and '85, the Georgetown Hoyas took the nation by storm with skill, smarts and a high-top that captivated fans everywhere. After wearing the original Nike Terminator High shoe in '84, the following year brought a new, navy/gray colorway, evoking a unique attitude to match the on-court persona of the defending champions. Michael Jackson, now Nike’s VP/GM of Basketball for North America, starred as a guard on that renowned team.

“I still get asked about that shoe a lot,” says Jackson. “GQ featured it in The Style Guy special edition recently. The ones that were made for us on-court actually had ‘Hoyas’ on the back.”

It was in those shoes that year that the Hoyas went on to win their third conference title in four years and play in a third national championship game in the same timeframe.

While on-court innovation has been the core driver of Nike’s presence in the college game, a number of Nike ad campaigns over the years have been geared at capturing the obsession of the fan.

In 1985, Nike sent a colorful message, “Be True to Your School” in a print ad featuring the popular Nike Dunk High shoe. The eight footwear/apparel colorway hookups featured were nods to top programs.

Just down the road in 2000, fans were invited to a little town called “Bracketville.” Marking one of the most comprehensive and immersive integrated Nike advertising efforts-to-date across TV, print and web, the campaign included an interactive site for consumers. This irreverent connection to the game immersed fans in an annual moment as they followed their teams, suddenly finding themselves as figurative citizens of the population.

The idea was to encapsulate the elements beyond the obvious on-court drama. Nike, working with Wieden + Kennedy, looked to create a platform bringing the full cultural moment to life – fans, mascots, everything else.

Prominent basketball figures such as Duke Coach Mike Krzyzewski, seen enjoying game film with his wife at the town movie theater, resided in the fictional basketball town along with other special guests from the coaching ranks.

And then there was the poignant yet simple town motto:  “Stay as long as you can” — a play on a classic small town salutation and humorously spun reminder of the inevitable exit sign that awaited most visitors.

The Nike Air Foamposite One is famously known for innovative design used in Penny Hardaway’s Air Penny III shoe. Before it was seen on him, the Foamposite was passed along to Mike Bibby, a talented University of Arizona freshman. He and the design made quite a splash in his run to a 1997 title.

Eric Avar, the shoe's lead designer, says that the three-year process to develop the shoe and enhance athlete performance was a question of how to “step outside of the norm of the way we look at design and manufacturing shoes.”

Bibby remembers, “Nike told us they had a shoe that we could wear for the tournament that no one in college had worn yet. I knew some NBA guys would wear them eventually, so I was honored to have that opportunity.”

And what about the blue and black colorway paired with their away team navy and red uniforms?

“I liked that it stood out,” Bibby says.

That’s an appropriate assertion for the young point guard and leader of a national championship team. Bibby says he stills owns that special pair.

“In 2006-2007, we turned our attention to the uniform,” says Tracy Teague, Nike’s Global Creative Director for Basketball.

The Nike Elite uniform, in development for some time, debuted in March of that season at four Nike schools – Syracuse, Arizona, Florida and Ohio State.

The sleek design of the Nike Elite uniforms was instantly recognizable in comparison to previous uniforms and began a shift toward a more tailored fit for the players.

In 2009-10, the brand introduced a new iteration — the lighter Nike Hyper Elite uniform. Nike Aerographics technology provided the palette for new jersey design options, reflecting the unique tradition and identity of each university. Five college teams debuted the new designs in March 2009 on their run to the tournament – among them, Michigan State, Duke and Gonzaga. The uniform also took a new integrated system approach by providing the players with lightweight Nike Pro Combat baselayer — protective basketball-specific padding for an ever-evolving physical game.

In 2012, the Nike Hyper Elite Platinum design celebrated nine teams who had won a national championship in Nike/Jordan footwear and apparel. 2013’s Nike Hyper Elite Road uniform brought newly-designed energy to men’s and women’s teams competing away from home during their march to the tourney.

Of the aforementioned nine women’s titles won by Nike schools in recent years, six of them were by Coach Geno Auriemma’s Connecticut teams. Their dominance and the brand’s innovation evolved side-by-side. The Huskies wore the Nike Elite and Nike Hyper Elite uniforms on their particularly epic run of 90 straight wins, two consecutive undefeated seasons and back-to-back national championships in 2009 and 2010.

Through the “Intensity #COUNTS” initiative, supporters of select Nike schools in March have the opportunity to pledge NikeFuel points earned through physical activity using the Nike+ FuelBand as well as Nike+ Basketball and Training apps. The collected NikeFuel goes toward the aggregate score of the school’s fan base and its subsequent chance to win new team gear on campus as well as the title of “Most Active” fan base in the nation – all of this at nike.com/fuelyourteam.

In an ever-evolving game, there will be more history and innovation to come.