Becoming a signature athlete at Nike is an honor reserved for few. In the company’s 42-year history, less than one percent of its endorsed athletes have been given a signature shoe.

As members in one of the most exclusive clubs in all of sport, Nike signature athletes take pride in representing the brand and the prestige that comes with having a shoe made just for them. Through a highly collaborative process, Nike designers create footwear that is engineered to the exact specifications of the athlete’s physical needs and tailored to the demands of their specific sport.  Fusing innovation with inspiration is essential.

Nike’s first signature athlete was welterweight wrestler, Wayne Wells.  The 5’ 8” Texas native had an accomplished career, winning a gold medal in Munich in 1972 while working closely with Nike footwear designers on his signature, high-top wresting boot.  The Wrestling Hall of Fame inductee’s inner drive translated off the mat as well; he later became a practicing attorney. 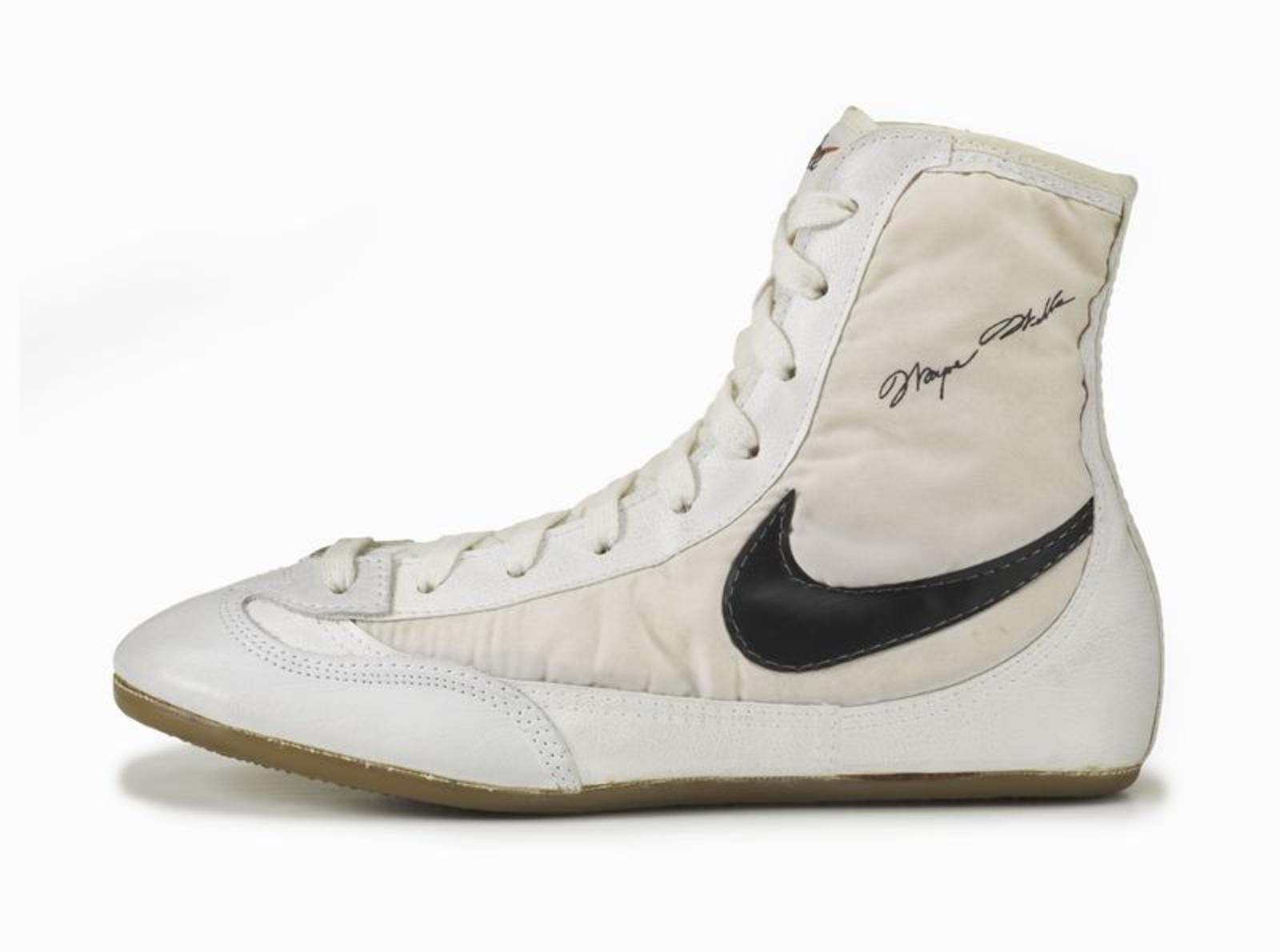 Beyond wrestling, Nike targeted elite athletes that excelled at baseball, basketball, football, golf, running, soccer and tennis.  As the young company grew, so did its signature athlete roster, but it took time.  By 1982, ten years since its inception, Nike had honored only Wells with a signature shoe.

Many ask what comes first – professional accolades or a signature shoe?  There is no one answer to that question.  Nike’s team of experts spanning product design, marketing, performance research and even sales often collaborate while evaluating who’s next in line to receive a signature shoe.  Sometimes it’s the accomplishments – MVP awards, gold medals or championships – that spark a signature shoe, while other cases come down to pure intuition. 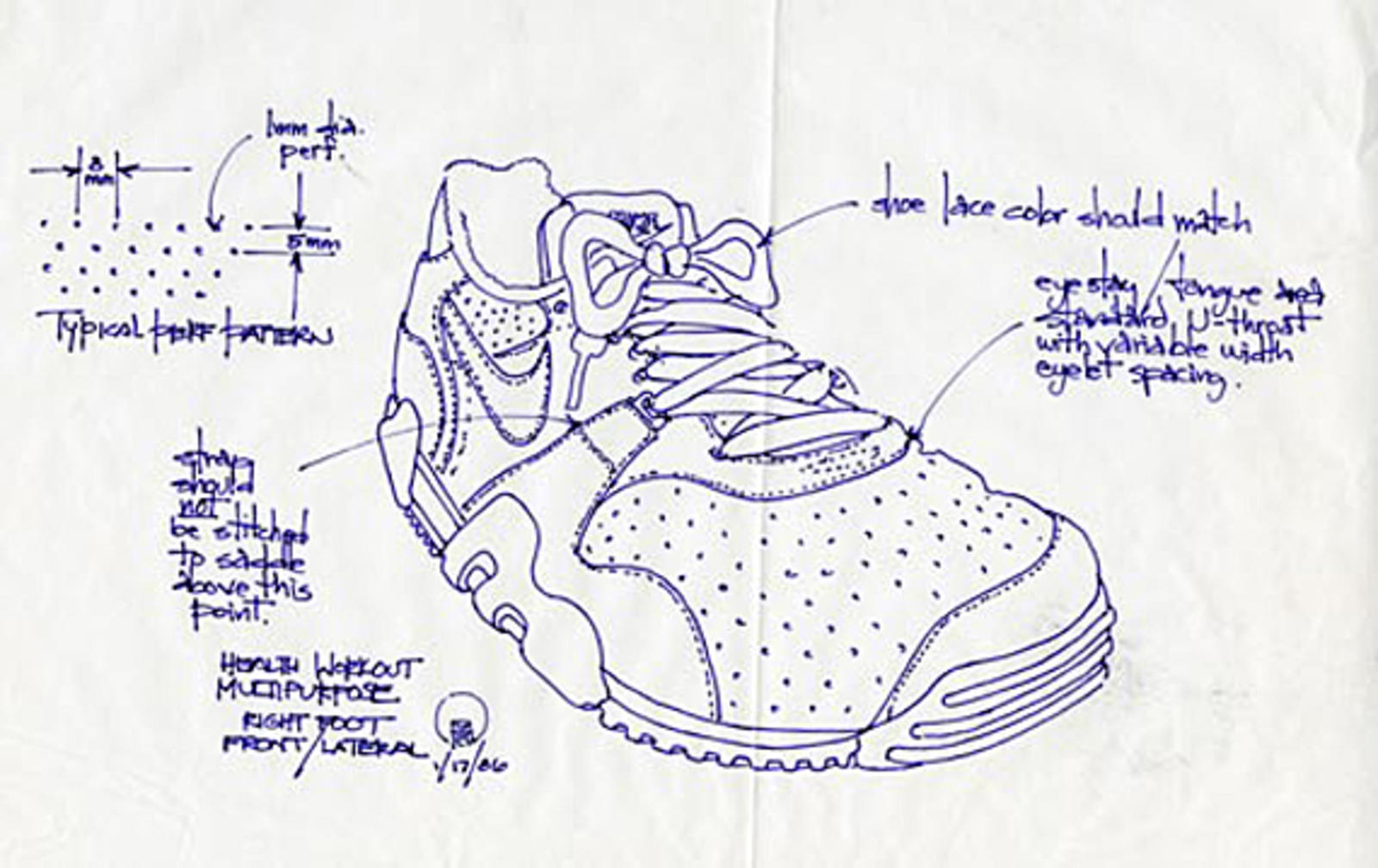 In the case of Bo Jackson, it was a mix of Jackson’s prowess and Nike’s intuition that resulted in his official signature shoe, the Nike Air Trainer SC, designed by Tinker Hatfield in 1990.  Excelling in both baseball and football simultaneously, Jackson caught the eye of Nike’s Lynn Merritt, now Global VP of Basketball Sports Marketing at Nike.

“Understanding Bo’s natural athleticism, charisma and footwear needs, we knew he was primed for a signature shoe,” said Merritt.  “The Bo Knows campaign is something we’re proud of – it’s a great example of how we authentically elevate a signature athlete in a fun way that can captivate the world.”

The journey to a signature shoe also depends on a deep commitment from the athlete. Years after receiving signature models of his own, tennis legend John McEnroe directly informed the design of the original Nike Air Trainer 1, a mid-cut shoe made for training across multiple sports.  McEnroe spent countless hours wear-testing and providing feedback for the Air Trainer 1, which reinforced Nike’s confidence in his value as a signature athlete. 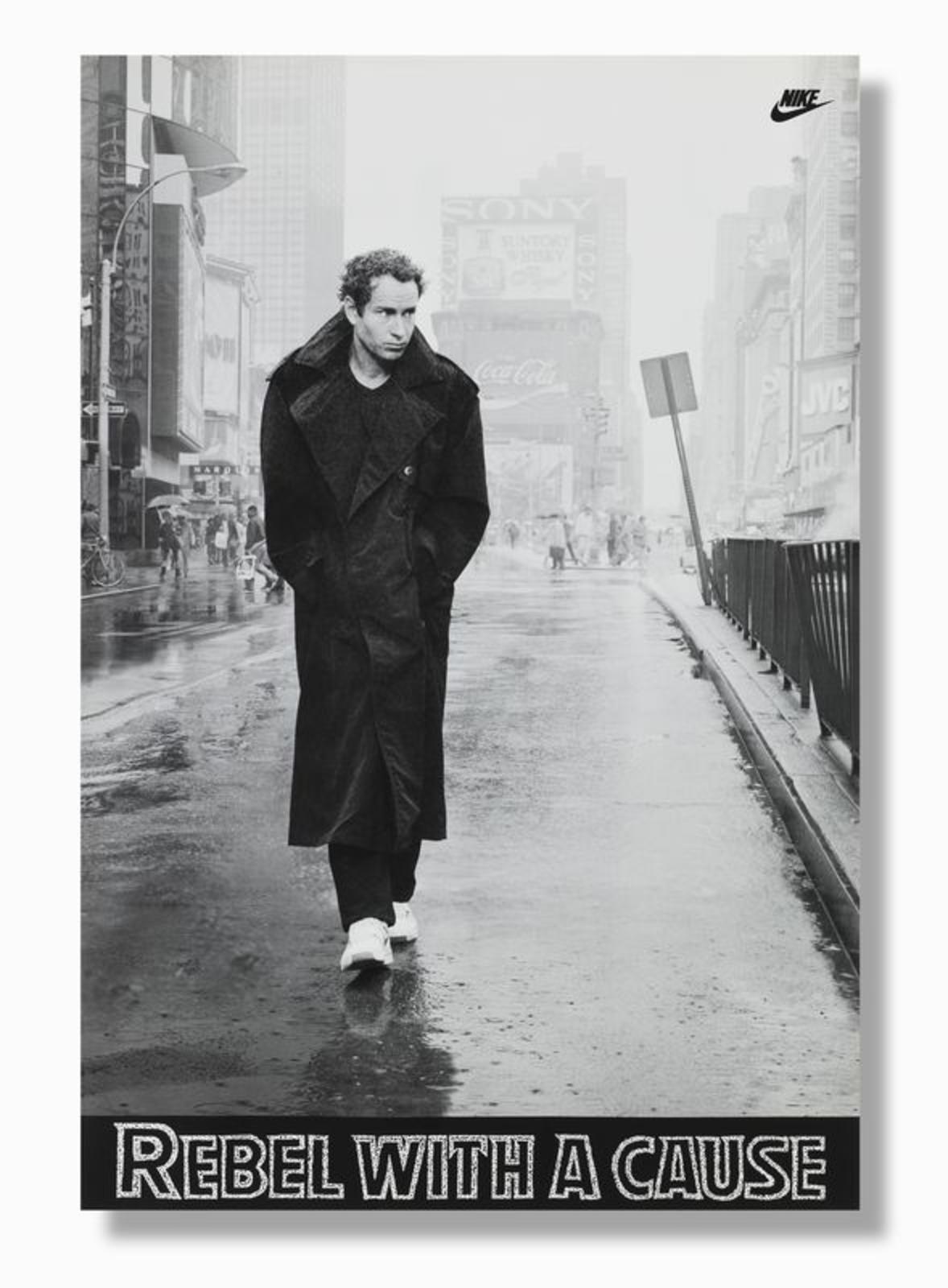 John McEnroe in the streets of New York City

From Scottie Pippen’s smooth humility to the brazen confidence of Gary Payton, juxtaposing personality traits with product innovation is an artistic balance for Nike’s design and marketing minds.  Nike had a landmark year in 1996 with a memorable cast of characters including Jordan, Pippen, Charles Barkley, Anfernee Hardaway and the induction of Sheryl Swoopes into a basketball brethren previously dominated by males.

Swoopes was the first woman to receive her own signature model, the Nike Air Swoopes.  Nike designer Marni Gerber used Her Airness’s personality as inspiration for the shoe’s design.

“The Air Swoopes was inspired by Sheryl’s tenacity and her desire to be in the face of her competition,” said Gerber. “I went to Lubbock, Texas, to see her life, her family and friends.  She was a tough girl with a sweet side.” 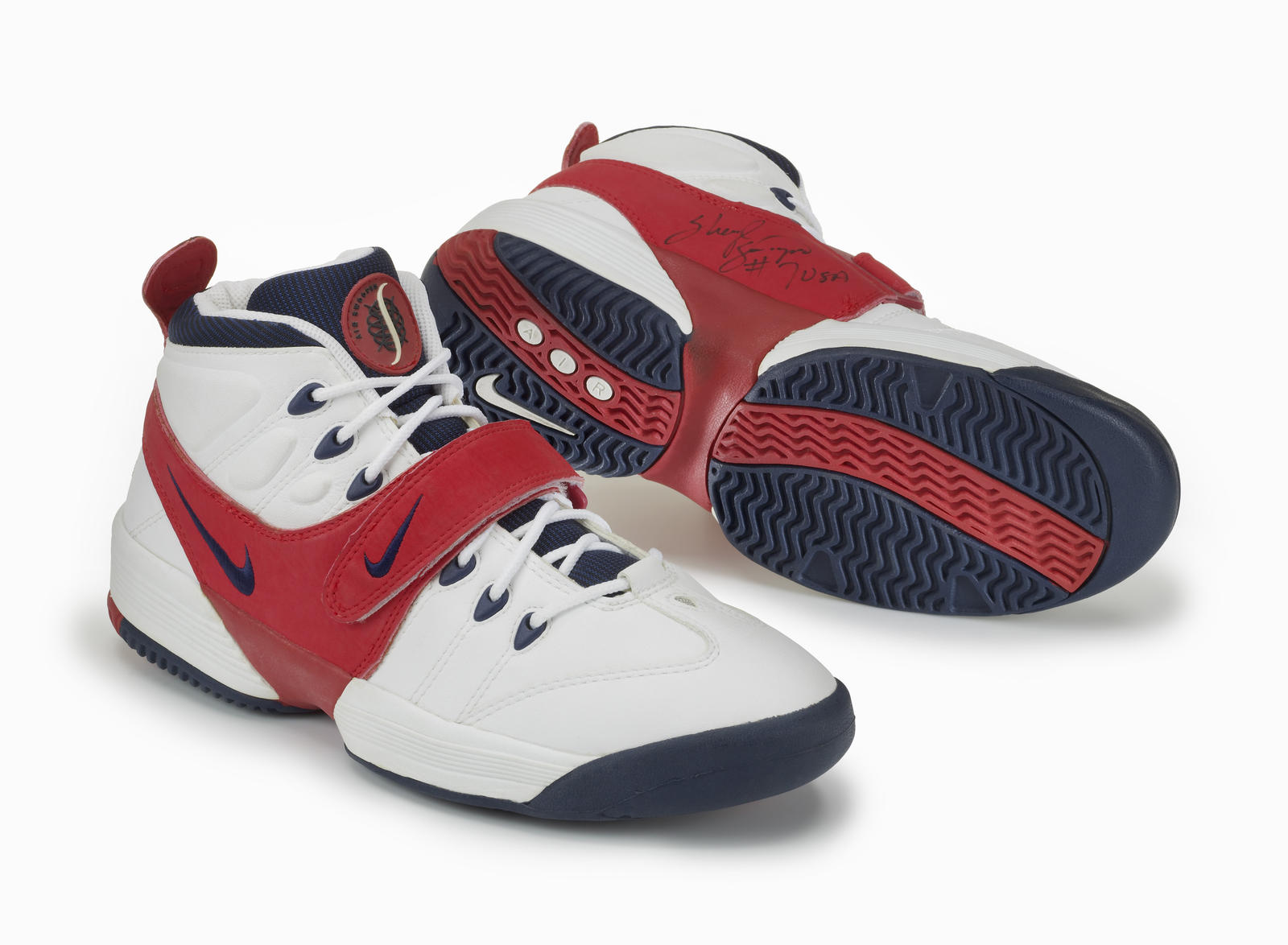 Bringing deep personal and professional insight directly from athletes to signature shoes doesn’t just apply to basketball.  Scratching beneath the surface and understanding personally relevant details can catapult a good shoe to a great shoe that directly connects with athletes beyond the shoe’s namesake.

The past directly informs the present as Nike designs for athletes across multiple sports including Cristiano Ronaldo, Maria Sharapova, Mike Trout, Tiger Woods and others.  Any sport is in-bounds for the brand.

Keeping a finger on the pulse of athletes fuels Nike designer Tobie Hatfield, who worked closely with Eric Avar on the development of Nike Free technology a decade ago and works closely with paratriathlete, Sara Reinertsen. 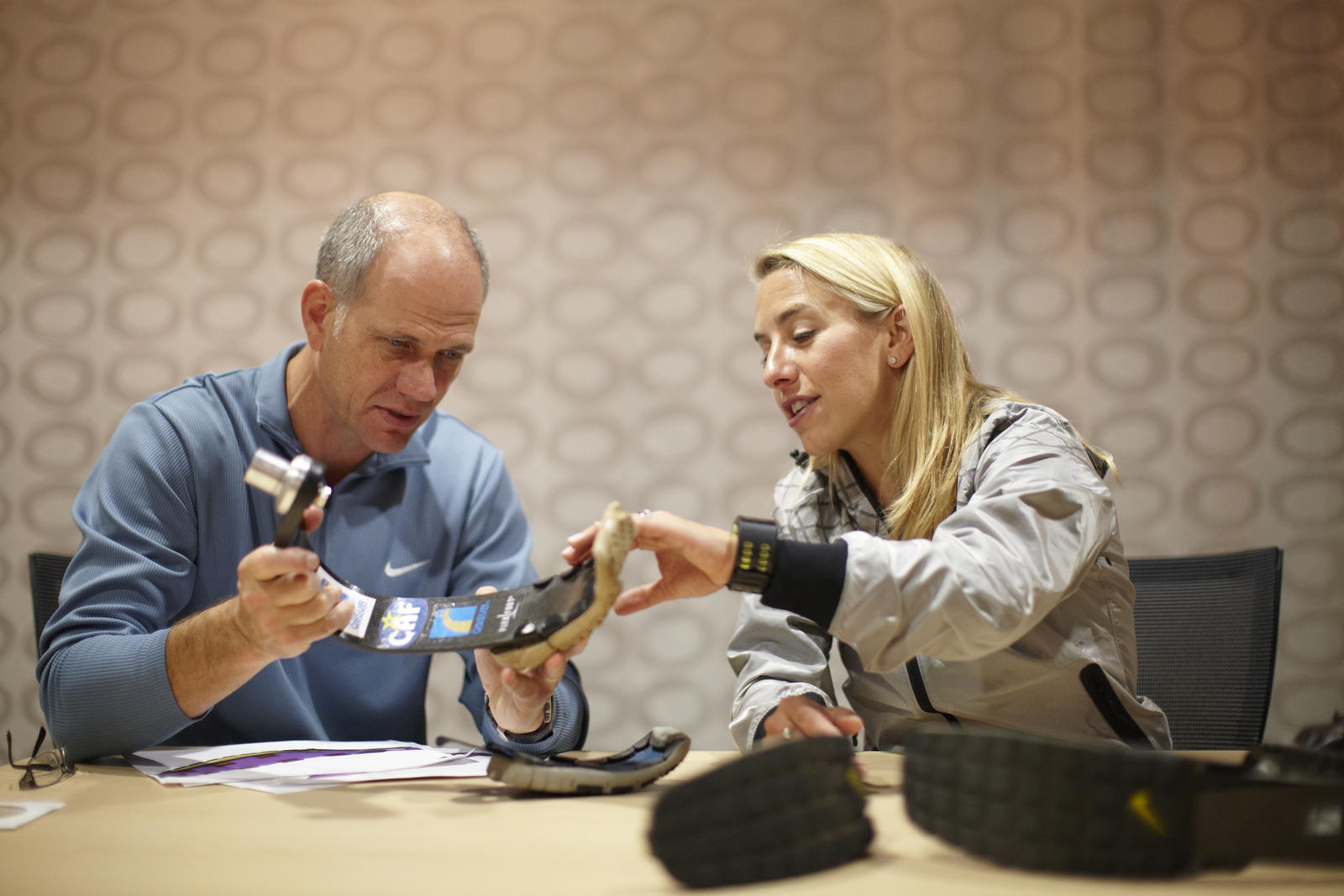 Allowing an athlete to perform at their best remains the ultimate goal at Nike, which means staying on the front edge of innovation. 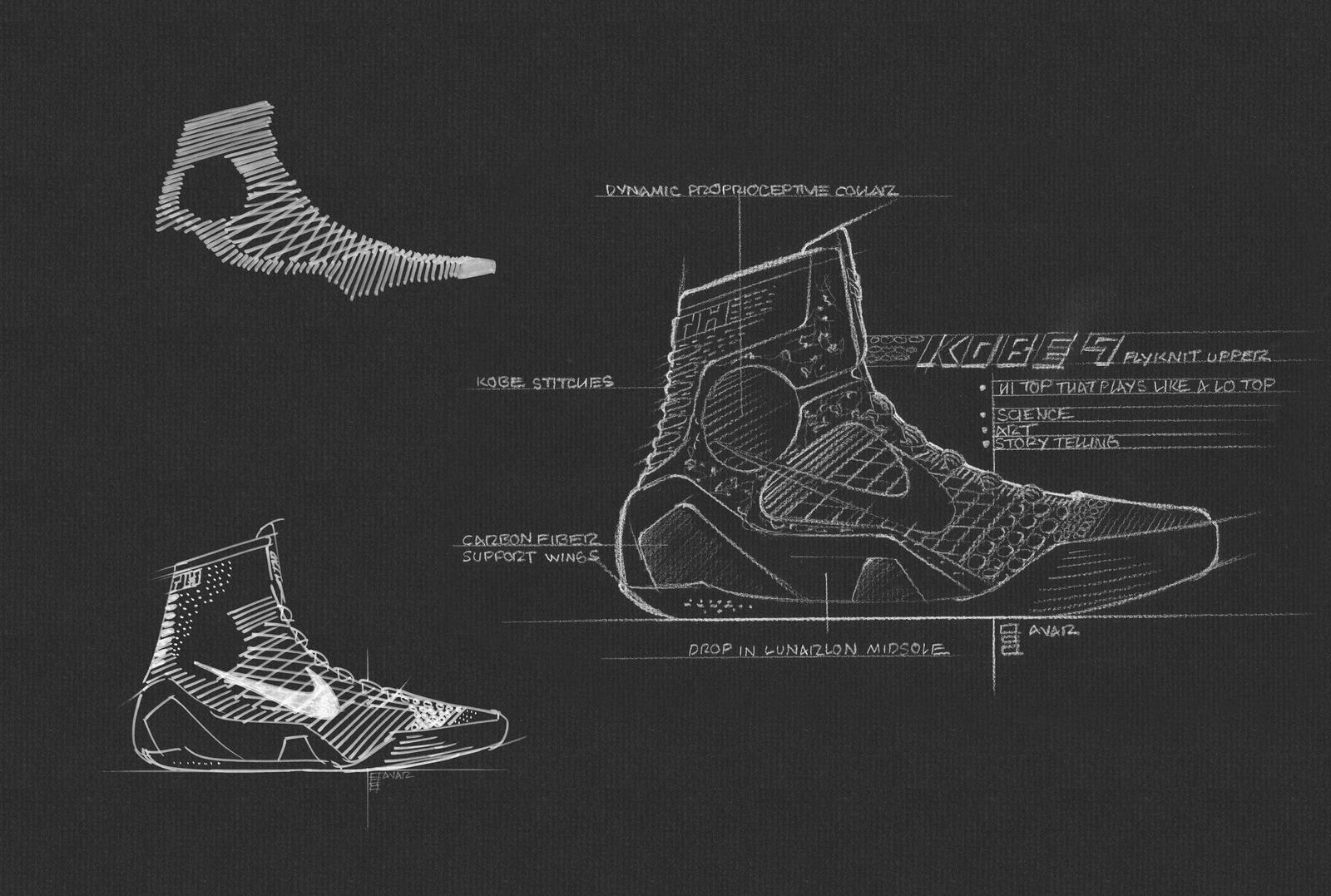 Kobe Bryant and Avar are well known for pushing the limits on product innovation.  From changing the basketball shoe landscape in 2008 with a low-cut silhouette for Bryant’s fourth signature shoe, to the provocative KOBE 9 with a Flyknit upper construction, Avar and Bryant continually challenge each other.  This competitive spirit and collaboration puts Nike in rare air as a company that develops product without restriction. 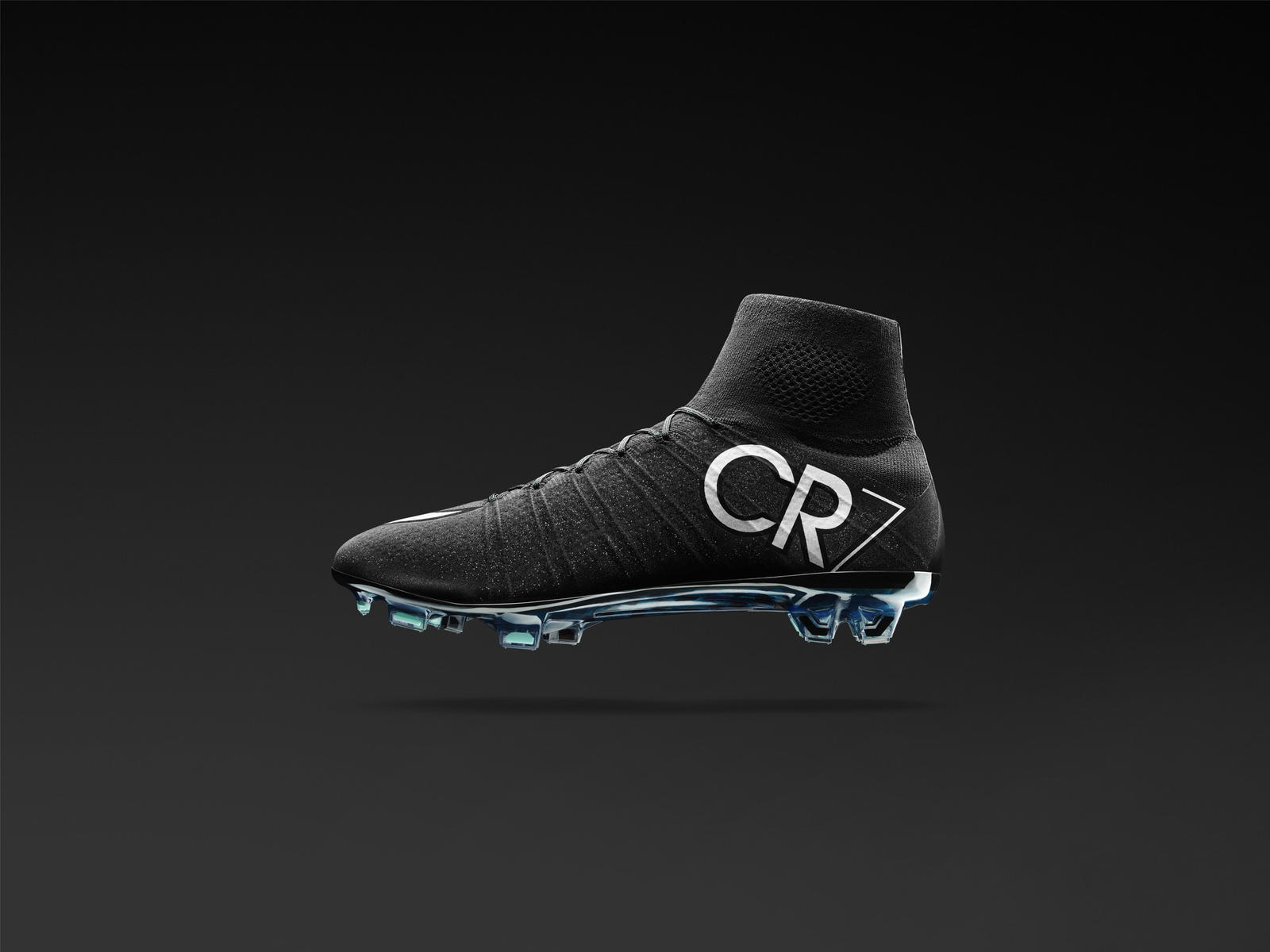 The shimmer effect of the new Mercurial Superfly CR7 is created through a new iteration of NIKESKIN technology.

Personal stories come to life in many forms.  Ronaldo partnered with Nike on the recent launch of the Mercurial Superfly CR7.  The technically advanced black boot features a shimmer effect enhanced by the lights above the pitch at night, a fitting metaphor for the elegance of CR’s game. 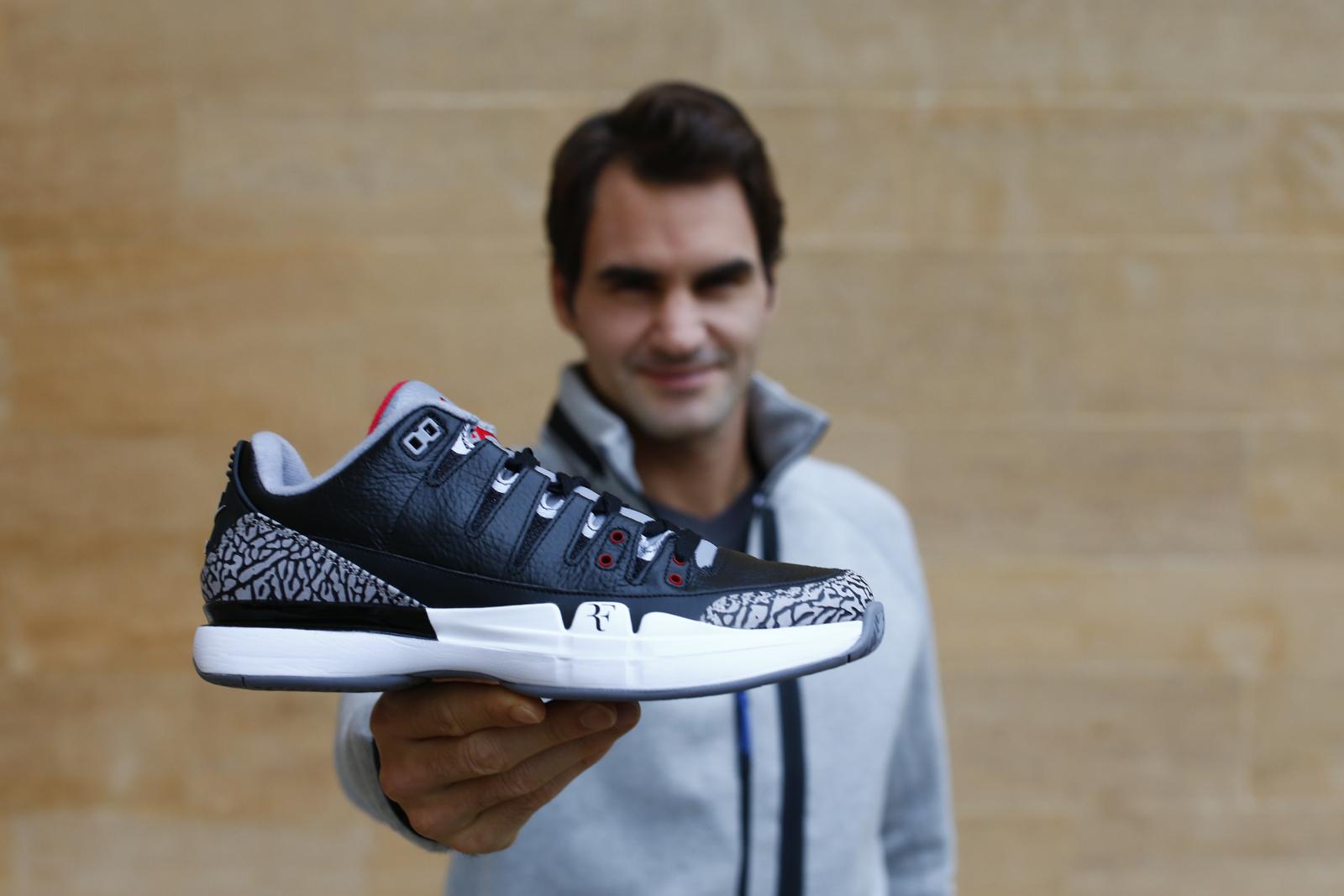 Roger Federer debuted the original NIKECOURT Zoom Vapor AJ3 earlier this year in New York, in the presence of his idol, the man with whom he shares the same obsession with winning, Michael Jordan.

The number of signature athletes with ties to Nike, Inc. has grown over the years to more than 30.  Jordan, Derek Jeter and LeBron James are among the only athletes who’ve had more than 10 signature shoes.

With innovative design, deep athlete insight and creative narratives each Nike signature shoe is bound to tell a story.  It all begs the question, “who’s next?”