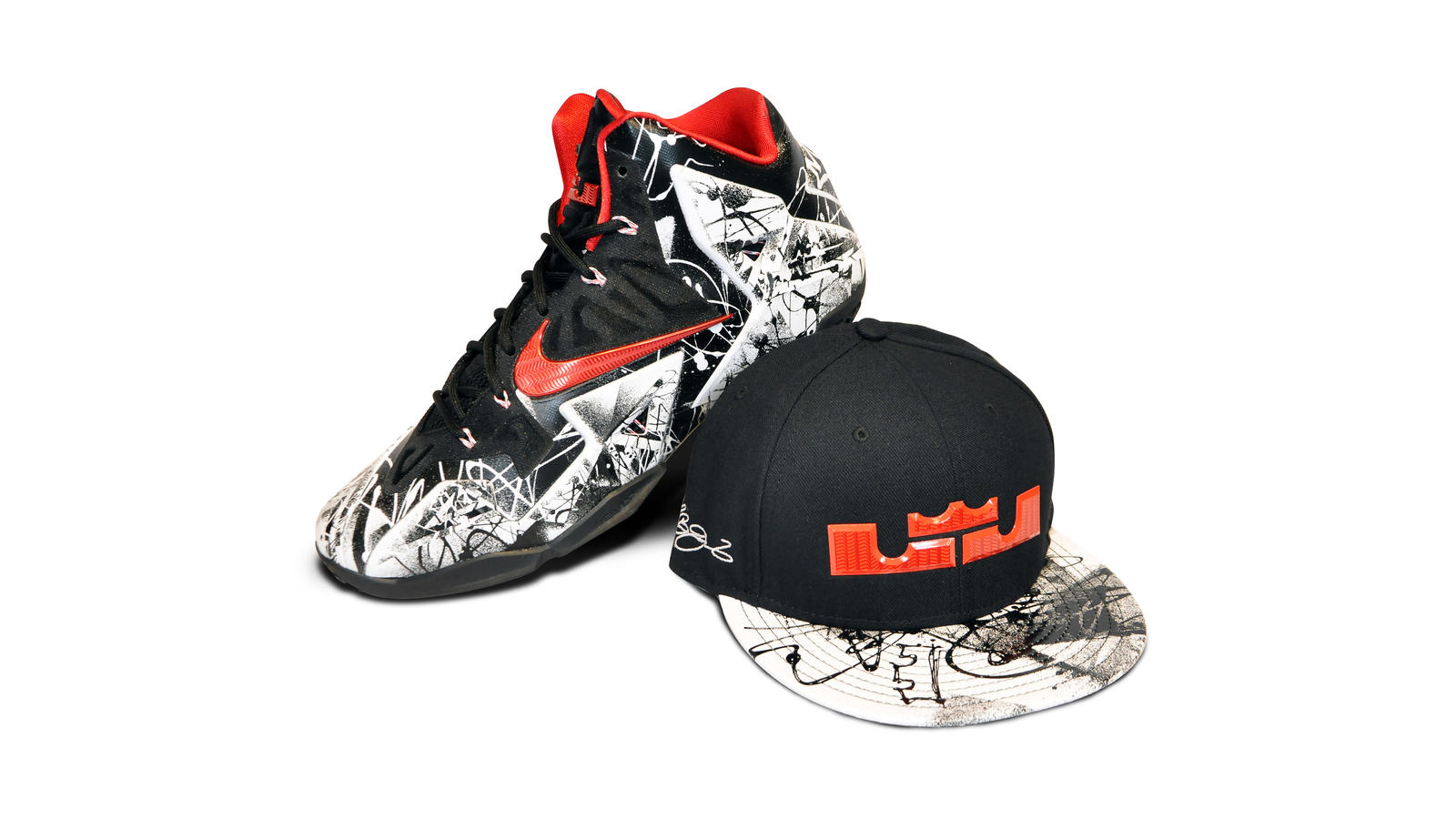 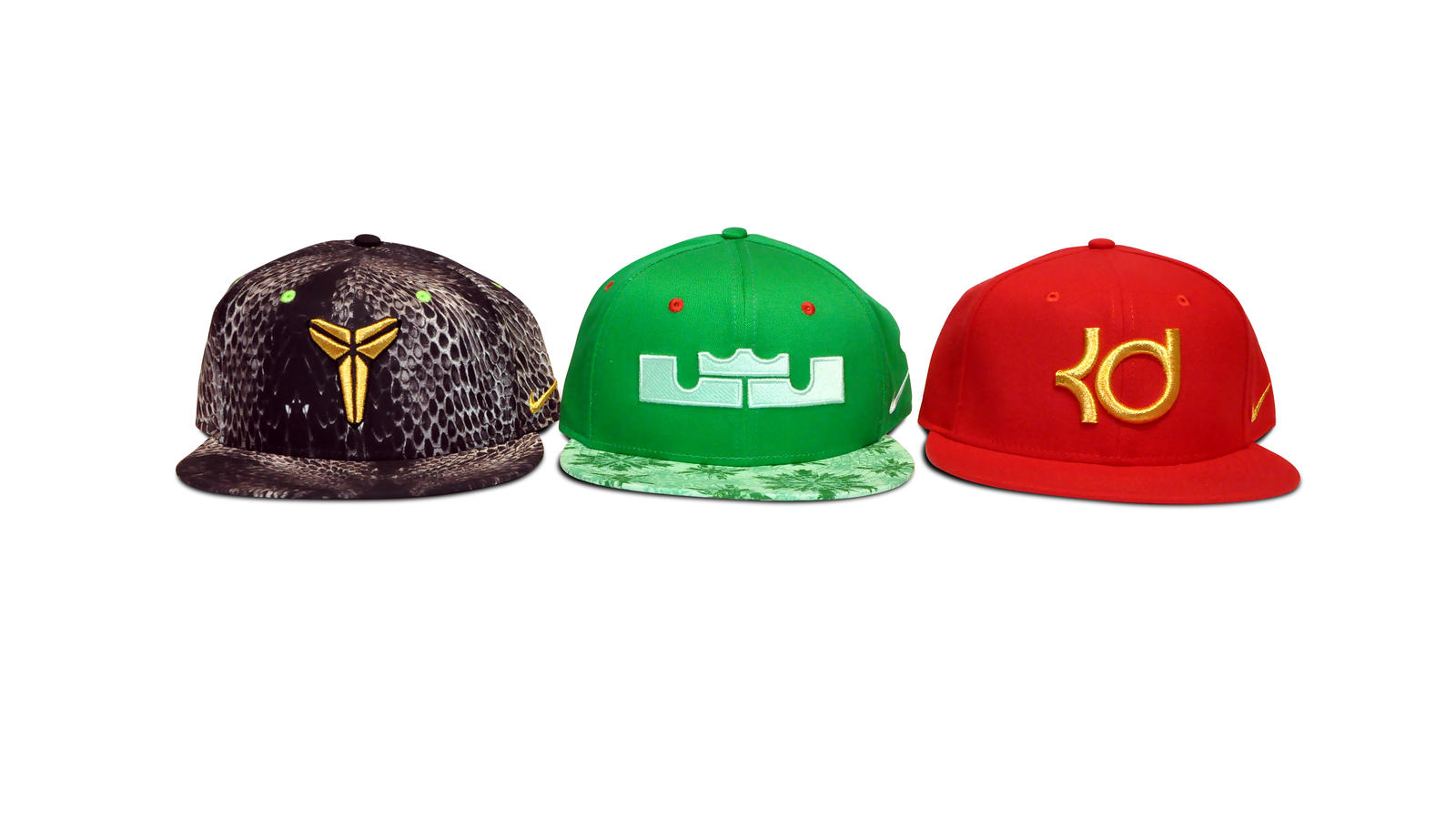 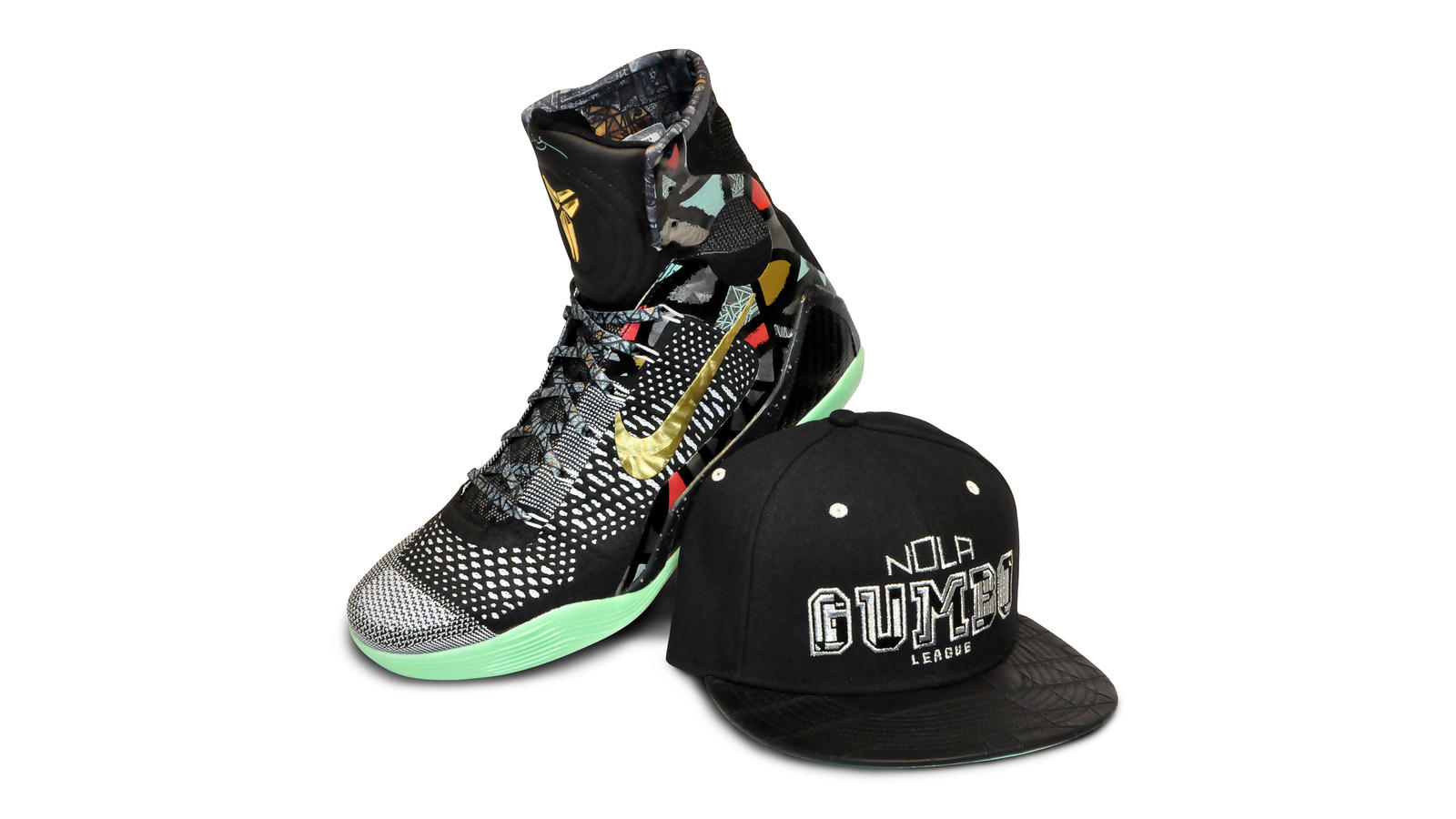 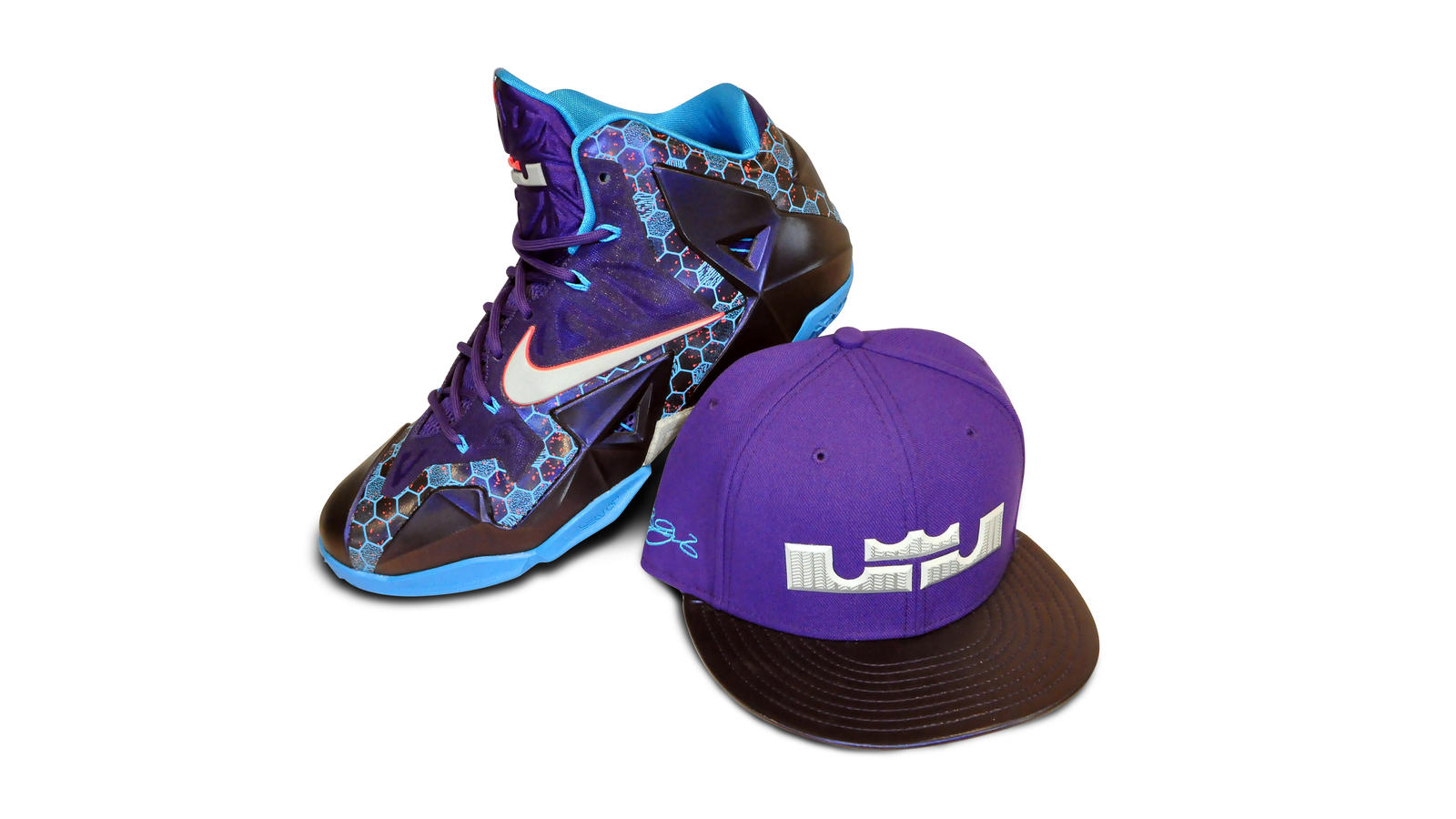 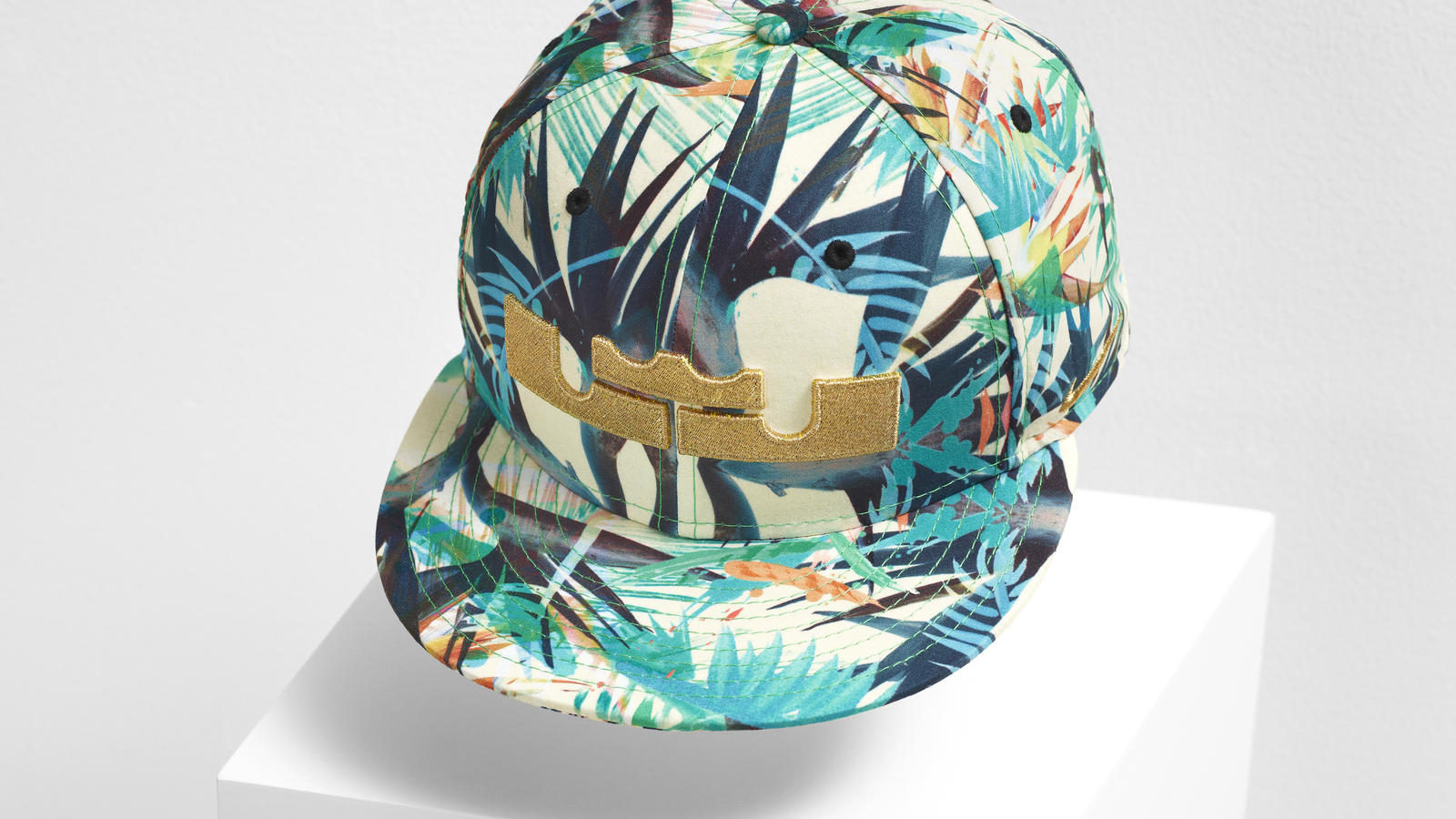 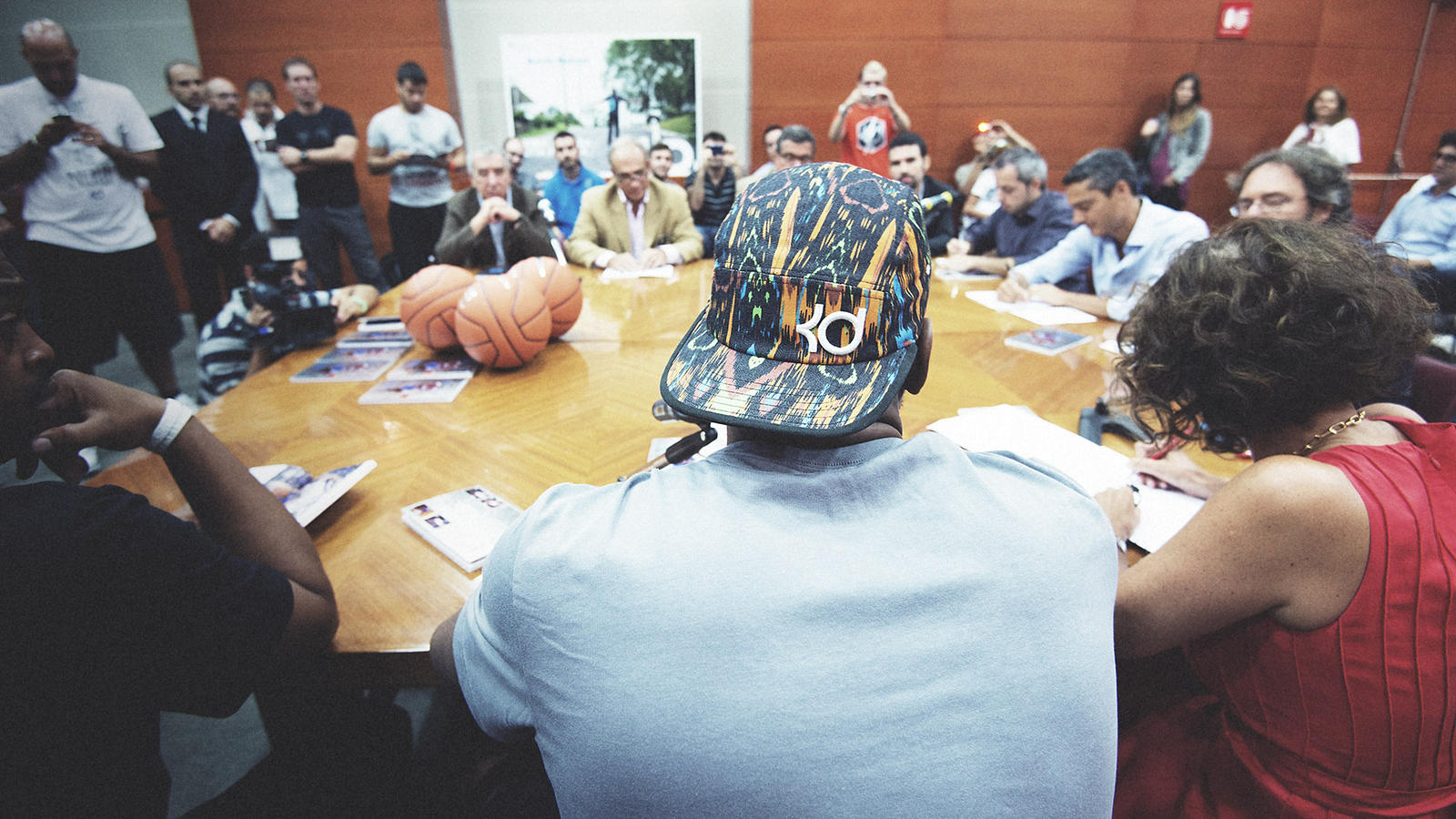 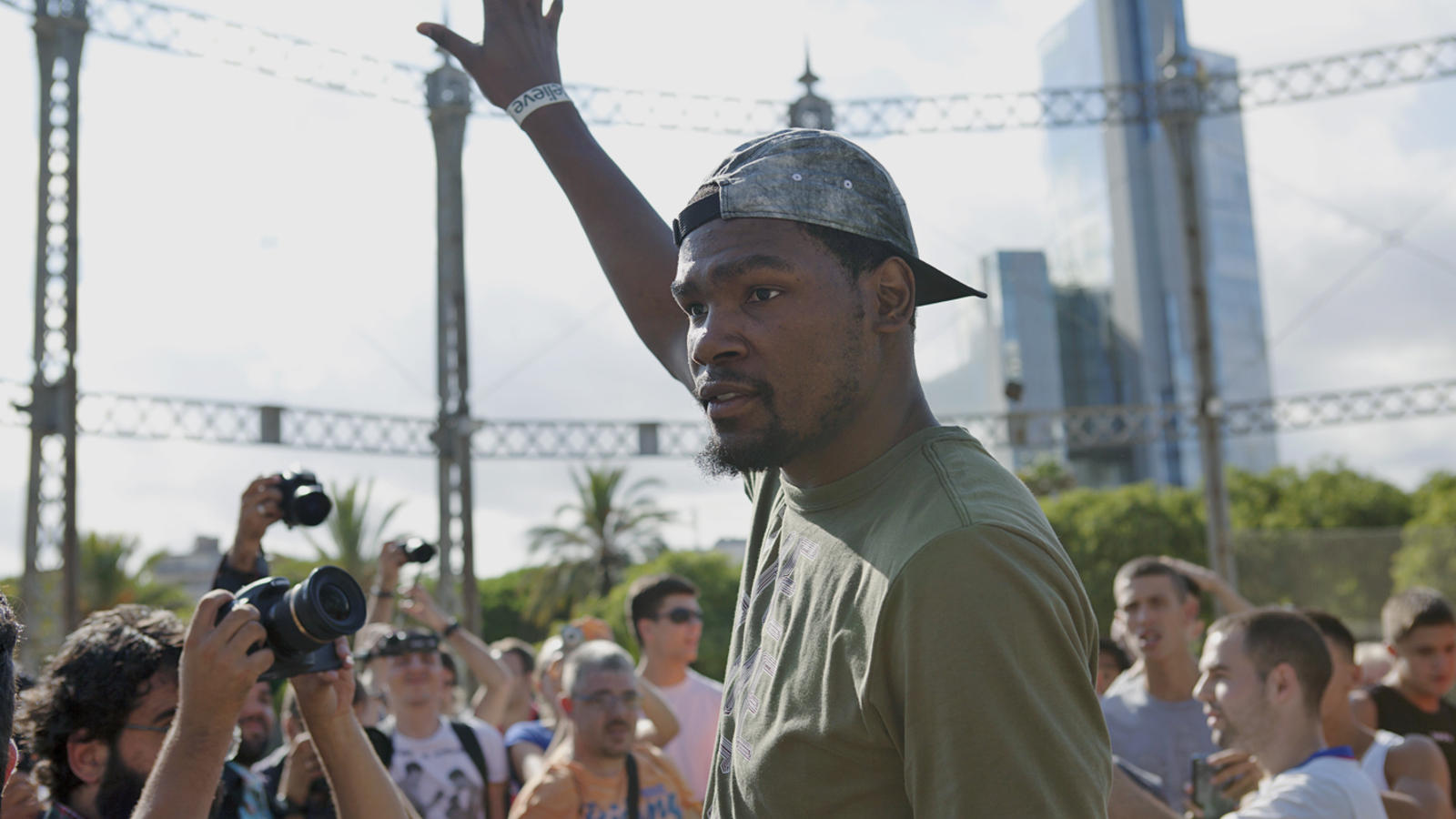 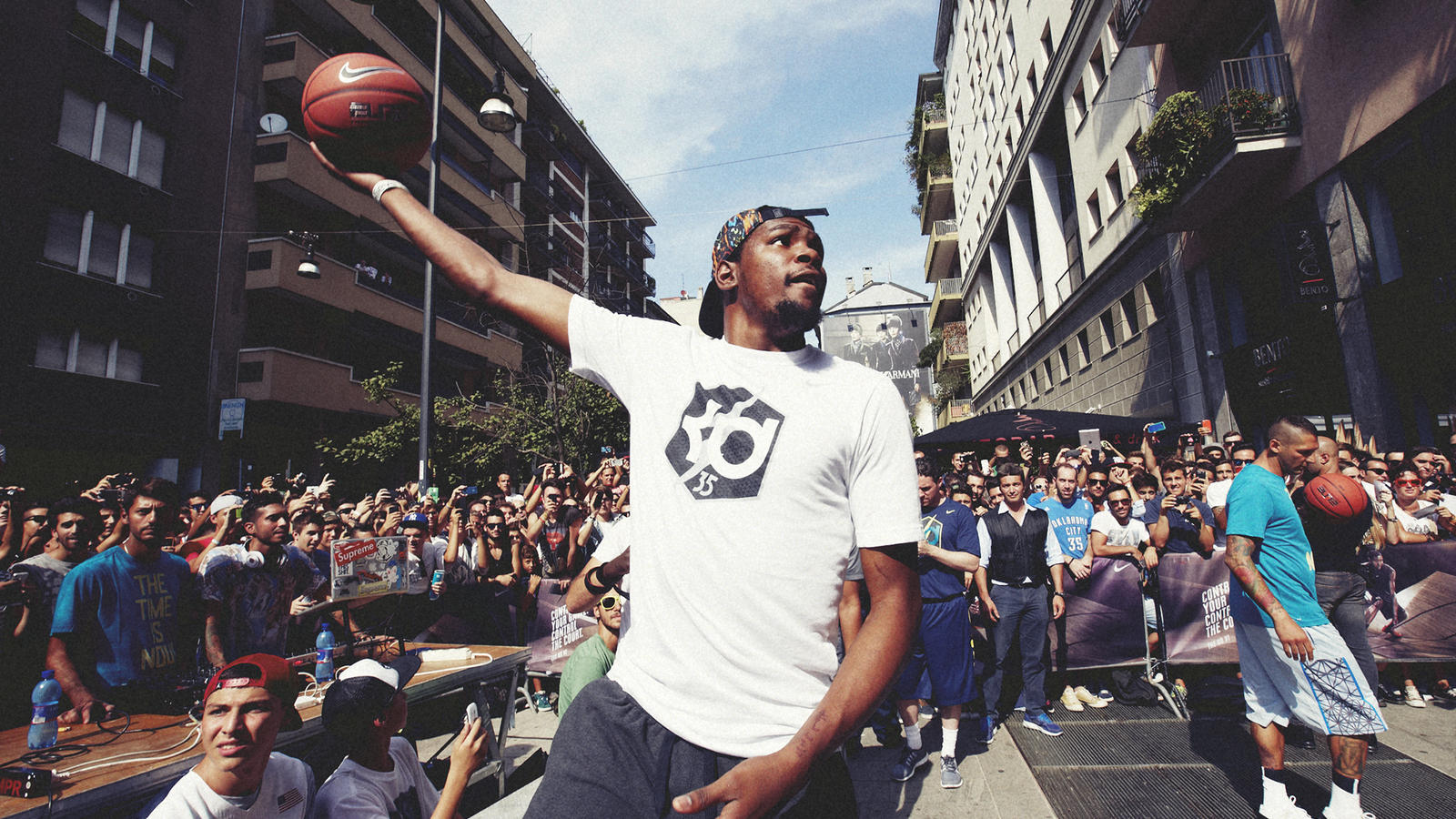 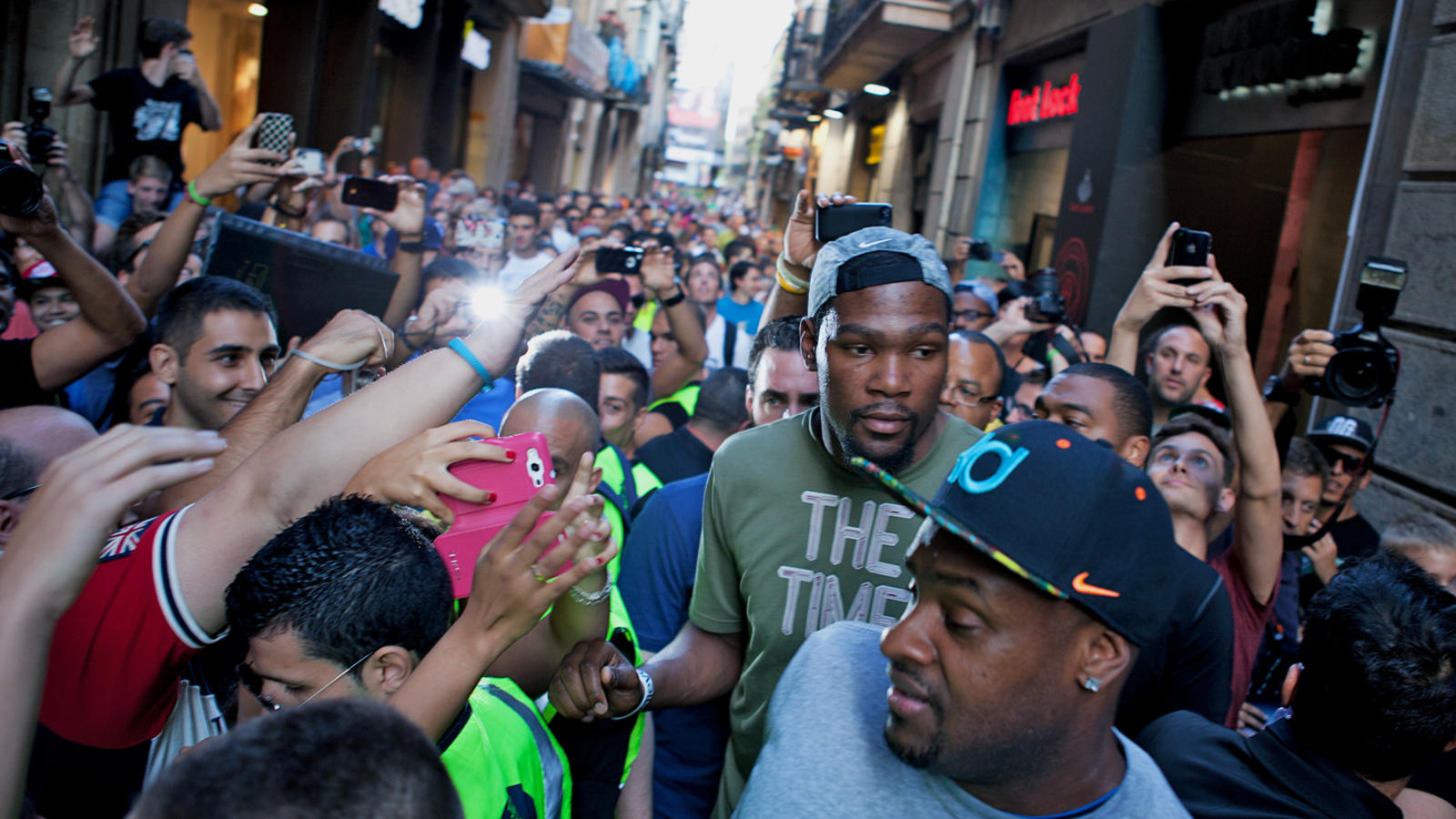 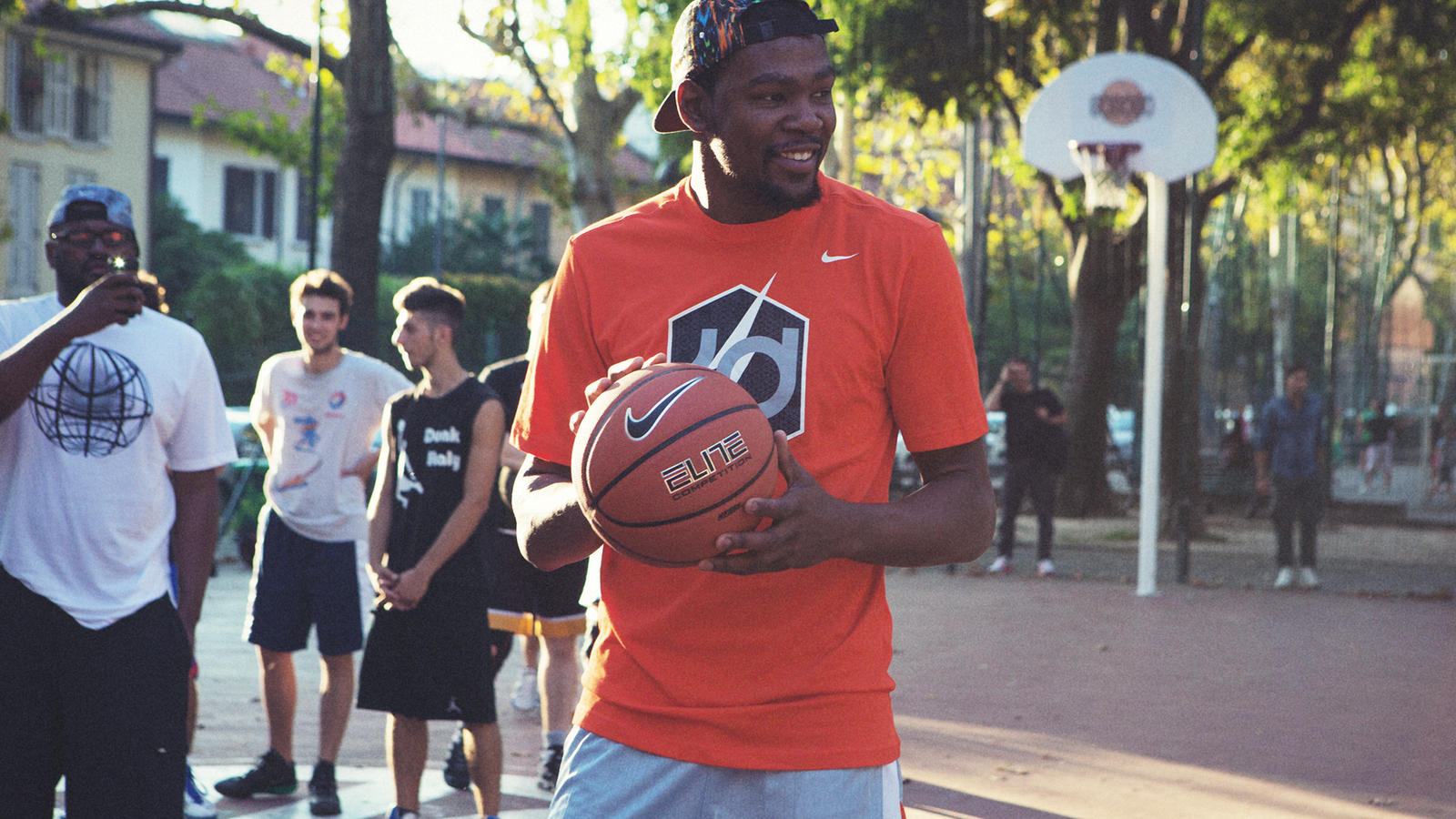 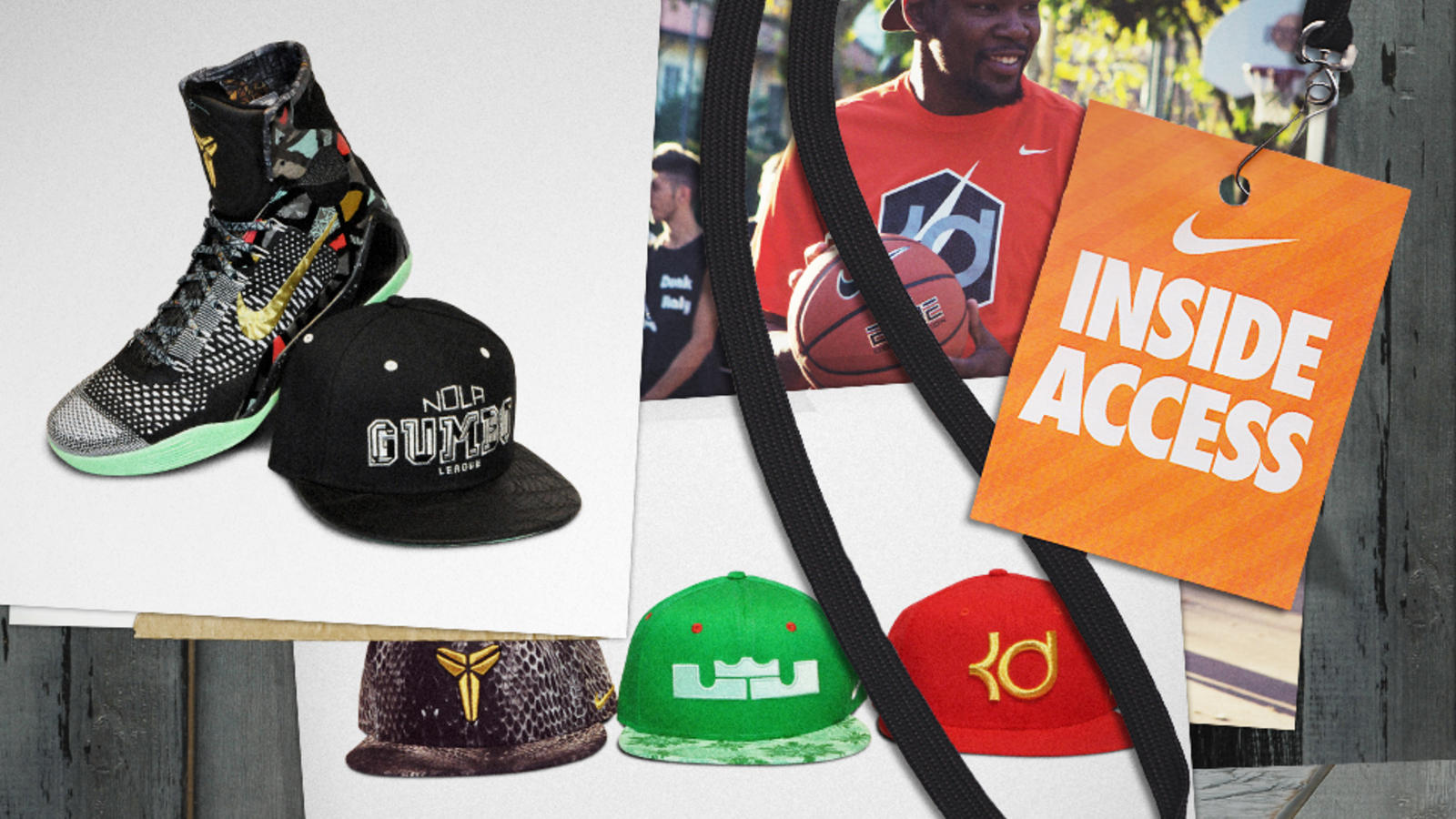 There’s no doubt basketball gear fueled a culture beyond the court beginning in the 1980s. What was hot on the hardwood forever changed what was cool on the street and the influence has only grown over the decades.

Fast-forward thirty years to 2014 and Nike Basketball gear continues to dominate far beyond the courts. Signature basketball shoes for LeBron James, Kobe Bryant and Kevin Durant significantly impact streetwear around the world. The deeply personal stories and experiences that influence these superstar footwear designs resonate with fans and fashionistas alike.

Nike Basketball is further driving pop culture with its new line of hats, while paying respect to the heritage of the game.  Sure, there have been some iconic Nike hats associated with basketball over the years… But until now there has not been a collection of headwear that directly connects to signature basketball shoes. Not only do the hats reiterate the shoes' personal stories, they incorporate the actual materials, colors and prints from select signature shoes.

Nike’s first hat, designed in the 1970s for runners, fused performance and a simple style. It soaked up sweat, shielded the sun and looked pretty cool; serving as a new token of self-expression.  Since then, Nike hats have evolved in shape, size and color to address a myriad of performance and style demands. Function and comfort are always the primary goal, but make no mistake - they have to look as good as they feel.

The new line of Nike Basketball hats includes different varieties that intermix style and performance. These three silhouettes include the Pro (trucker), AW84 (5-Panel) and the True Snapback. James, Bryant and Durant have all been instrumental in the design process and played a key role in the style and direction of the three versions.

While Nike Sportswear has connected hats back to key footwear models over the years, the first foray into hats driven by Nike Basketball began last year with the LEBRON X hat paying homage to James’s second championship.  This LeBron hat, with a Miami-inspired floral graphic and gold detailing, shared similar materials as his sought-after footwear. The hat sold out immediately, quickly becoming social currency for sneaker enthusiasts worldwide.

Ian Saiki works exclusively as a senior designer on Nike Basketball hats and brings creative vision to the team.

"Sports, fashion and self-expression directly link together," said Saiki. "We're infusing some new attitude into hats and building on the footwear stories for Kobe, LeBron and KD.  It's exciting to see all the passion around athletes, teams and moments that we bring to life through a hat."

On a 2013 Nike summer tour in Europe, Durant packed his bags with some prototype samples of new Nike Basketball hats the world hadn’t yet seen.  Many of these received instant attention on the streets and courts of Paris, Milan, Rome and Barcelona.

“The response was unbelievable to the hats I was wearing in Europe this past summer,” said Durant.  “Nike had some unique styles I liked and my phone was ringing off the hook once people saw them.”

Throughout 2014, Nike Basketball will welcome a variety of hats in the new line; many connecting directly to signature shoes. Hats connected to teams and sport moments celebrate fan loyalty, further fueling our passion for hoops.