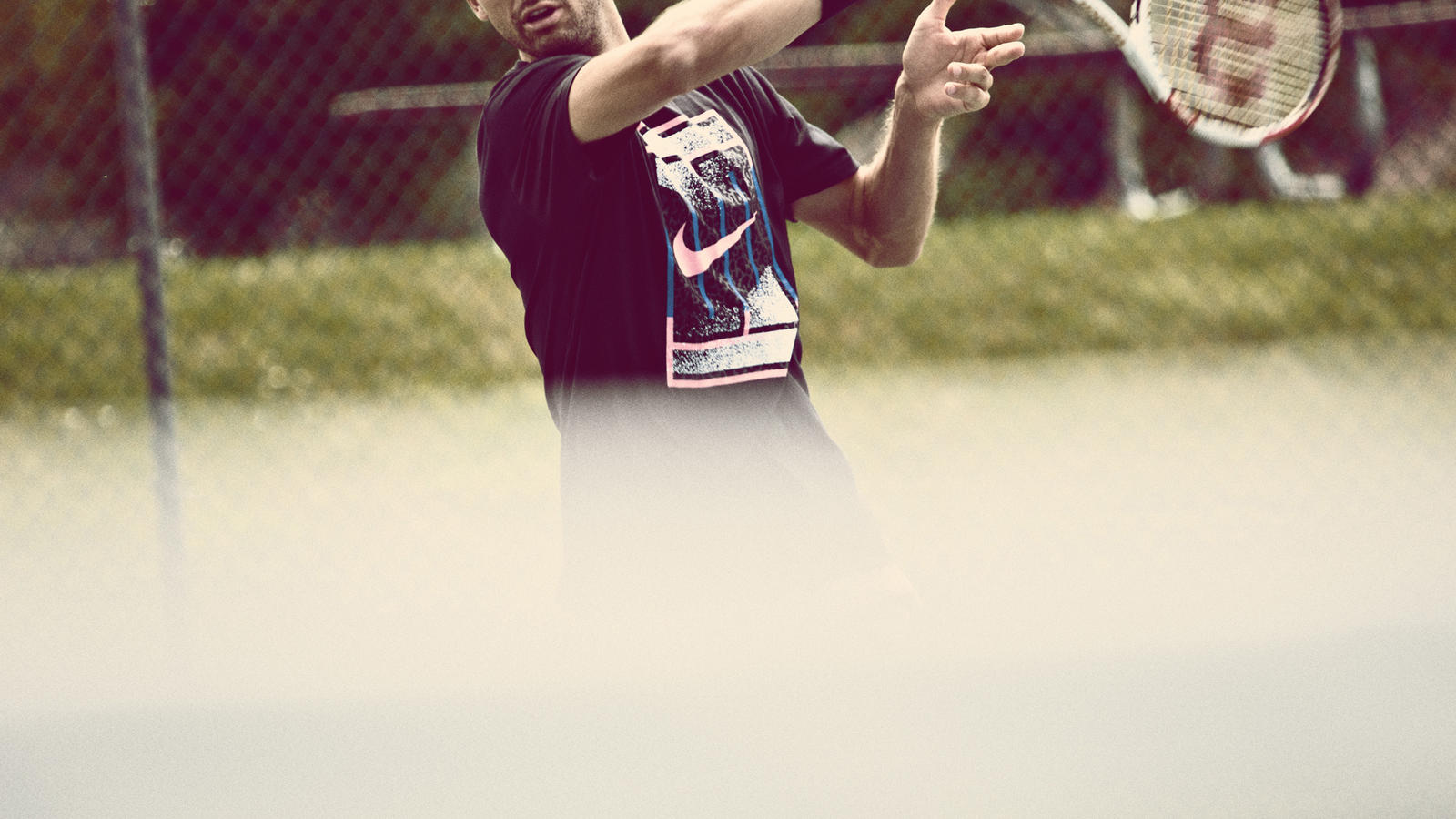 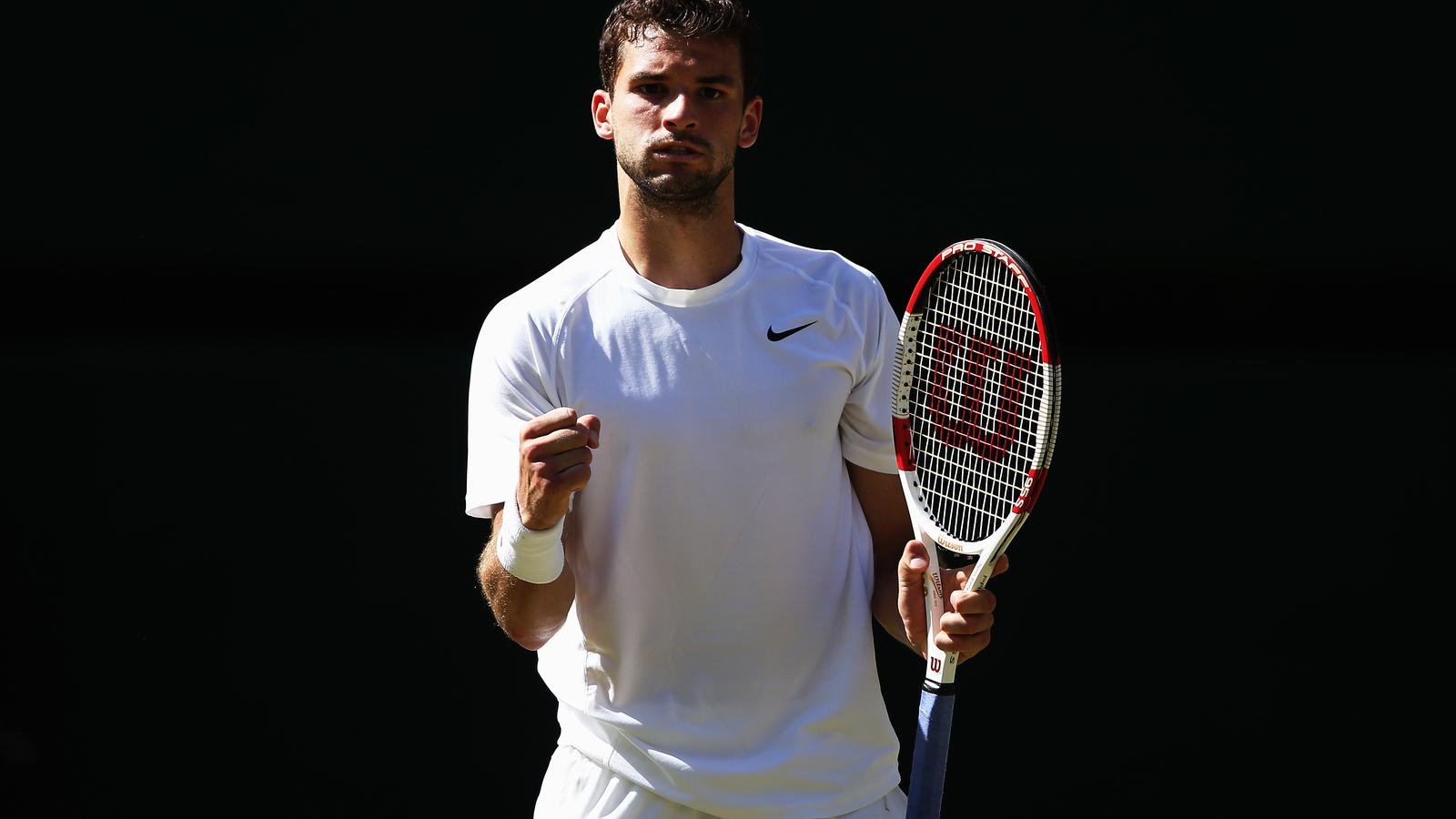 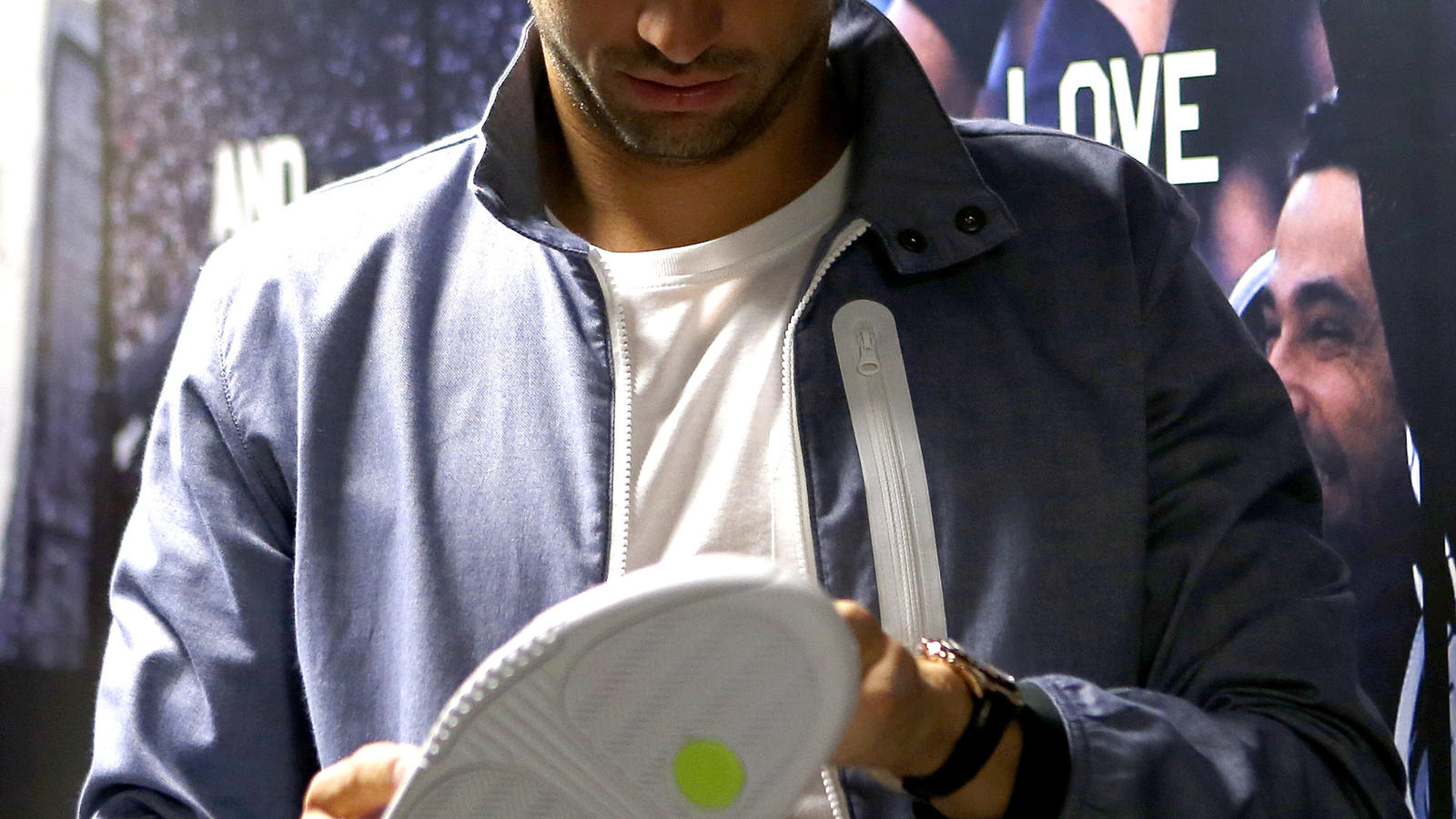 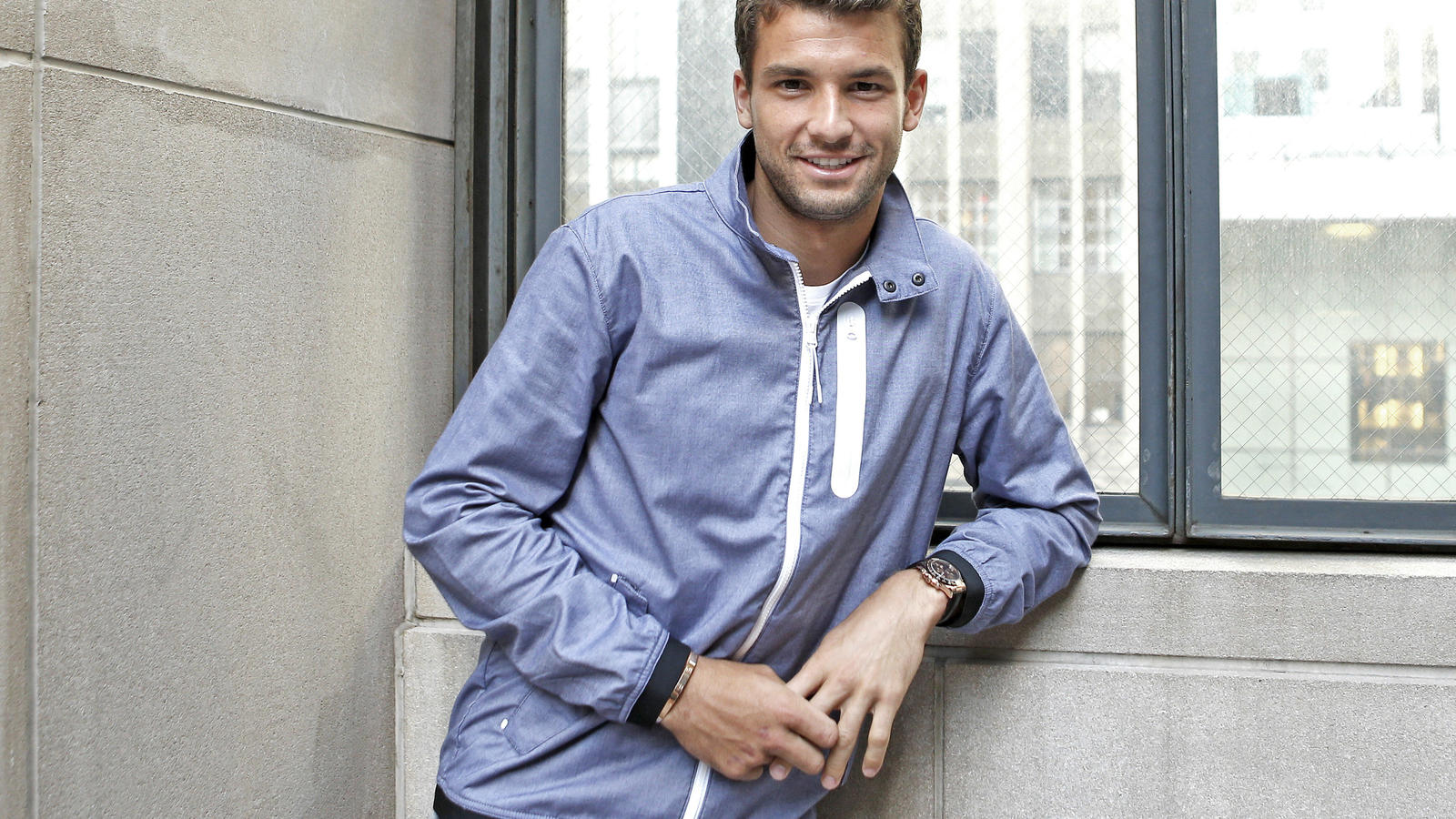 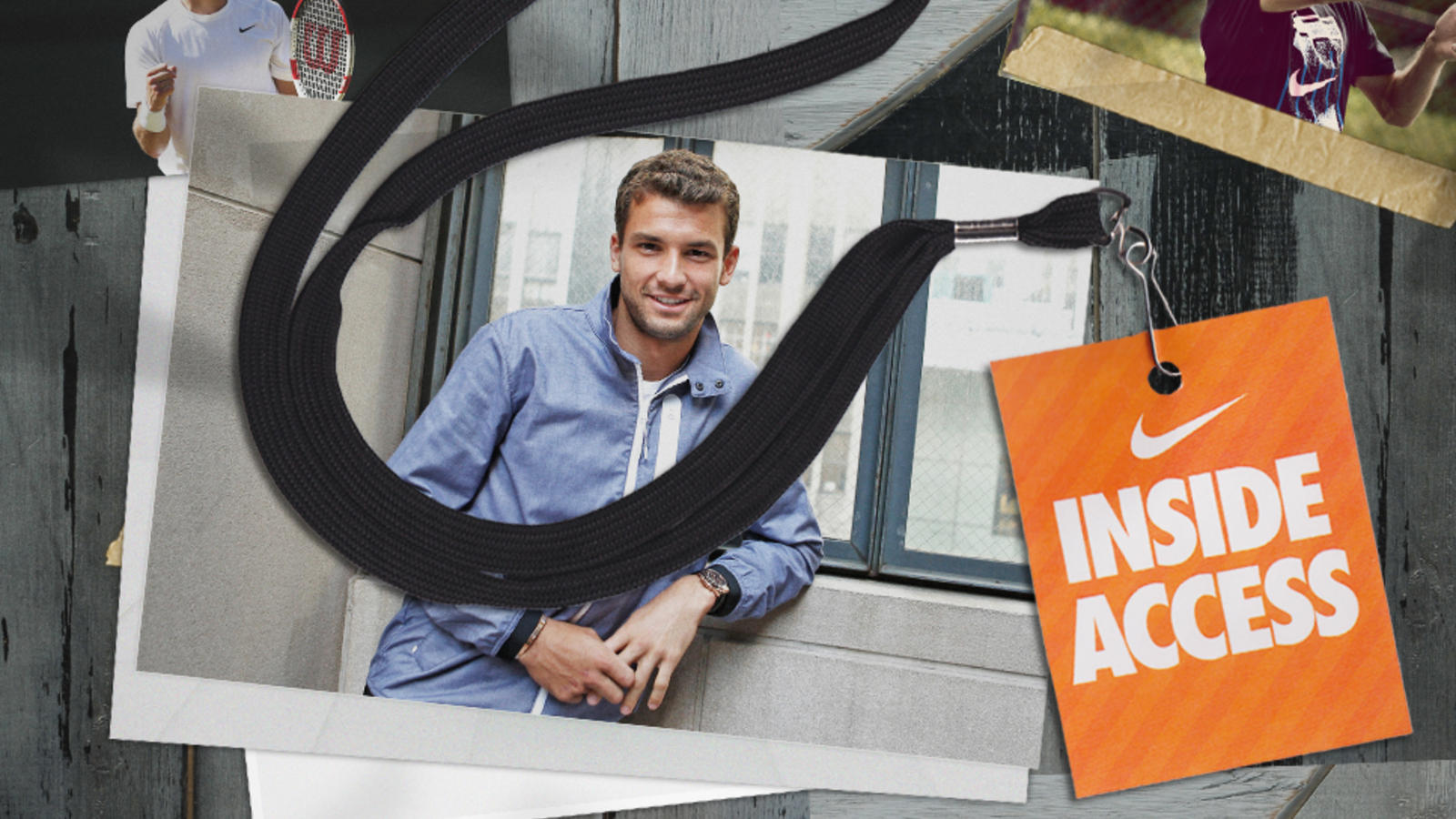 Inspired by the rebels of tennis's past, today's greats keep the NikeCourt flame lit by playing captivating tennis filled with attitude and confidence. For the new guard, tennis is 24-7-365. NikeCourt produces footwear and apparel for on and off-court to help athletes seamlessly transition between the two.

Grigor Dimitrov didn't become No. 8 in the world by accident. Since the age of three, when the young Bulgarian swung his first racquet, Dimitrov has fought tirelessly to become a world-class player. He follows in the footsteps of tennis legends like Andre Agassi and John McEnroe, who have made a lasting impression on the game thanks to their unique attitude and playing styles. Equally important is the balance between his time on and off the court. Neither is completely autonomous of the other and a disruption in one could derail the other. In the build up to the biggest tennis competition in the U.S., Dimitrov sat down to discuss life as a pro, what's in his closet and how he balances competitive and off-court priorities.

What do you think NikeCourt represents? How does it feel to be included in an elite group filled with tennis legends?

NikeCourt is something new. I think it represents a new era of tennis, which is inspired by key moments in the sport's heritage. It draws its energy from some of the most iconic guys out there such as Agassi, Nastase and McEnroe. I think it's about being rebellious. I consider myself a pretty rebellious guy on and off the court, and I think it is that spirit that connects NikeCourt today to what took place years ago. It's been an amazing journey for me. Being a part of Nike is a truly unique feeling. Being a part of NikeCourt really makes me feel like a strong individual. To me it is the highest ranking I could receive. To be able to represent Nike, as a brand is one thing, but to also represent the great players that came before me means a lot.

How does your mentality away from the court affect the way you approach your game?

I'm a pretty straight-up person in general. On the court I'm aggressive, and obviously trying to play on my terms. I always try to come up with something new, something no one else is doing or expecting. Doing that is all about confidence, and when I come out I'm always fresh and feeling great. I think that definitely adds to the attitude and mentality needed on the court.

How important is it to be confident during matches? Does that translate into other life situations?

Sometimes confidence is everything. You may not be playing your best tennis or having your best match, sometimes it's just not your day; the important thing is to believe in yourself, which starts with being confident in your abilities. When you step on that court, the only things that matter are you and your game. I do what feels right. Off the court I am pretty laid-back and spontaneous, I never have to think about what I want to do, it's a feeling that I go with. When it comes to the court, things are more focused and the goal is to win. I become much more focused on the task at hand but I try and always feel comfortable in my movements and decisions.

Define your style of play. Are there any similarities to how you live during your free time?

Different. I have a different mentality when I'm on the court than anyone else. I think I’m pretty athletic and I attempt some flashy shots, but I try and keep that to a minimum. My coach is always on me about that. It's hard for me to say there are any concrete similarities, but I will say that my free time is never planned or scheduled.  Much like my playing style, every day is different. I try and do whatever I want with my free time, I think having control of what you do is really important. It is about being able to express yourself as you see fit. I've always been this way on or off the court. Basically, I try and stay true to my abilities and myself and that translates to better play and a better life.

Are you into sneakers? If so what are your favorite pair?

Well, I've got over 50 pairs of sneakers so it's a very tough call for me to name only one. Obviously, with the range that Nike has to offer, it has been a bit of a fairytale for me. My go-tos are definitely the Air Force 1s, without a doubt.