Inside Access: Behind the rise of the Nike Elite Basketball Crew Sock 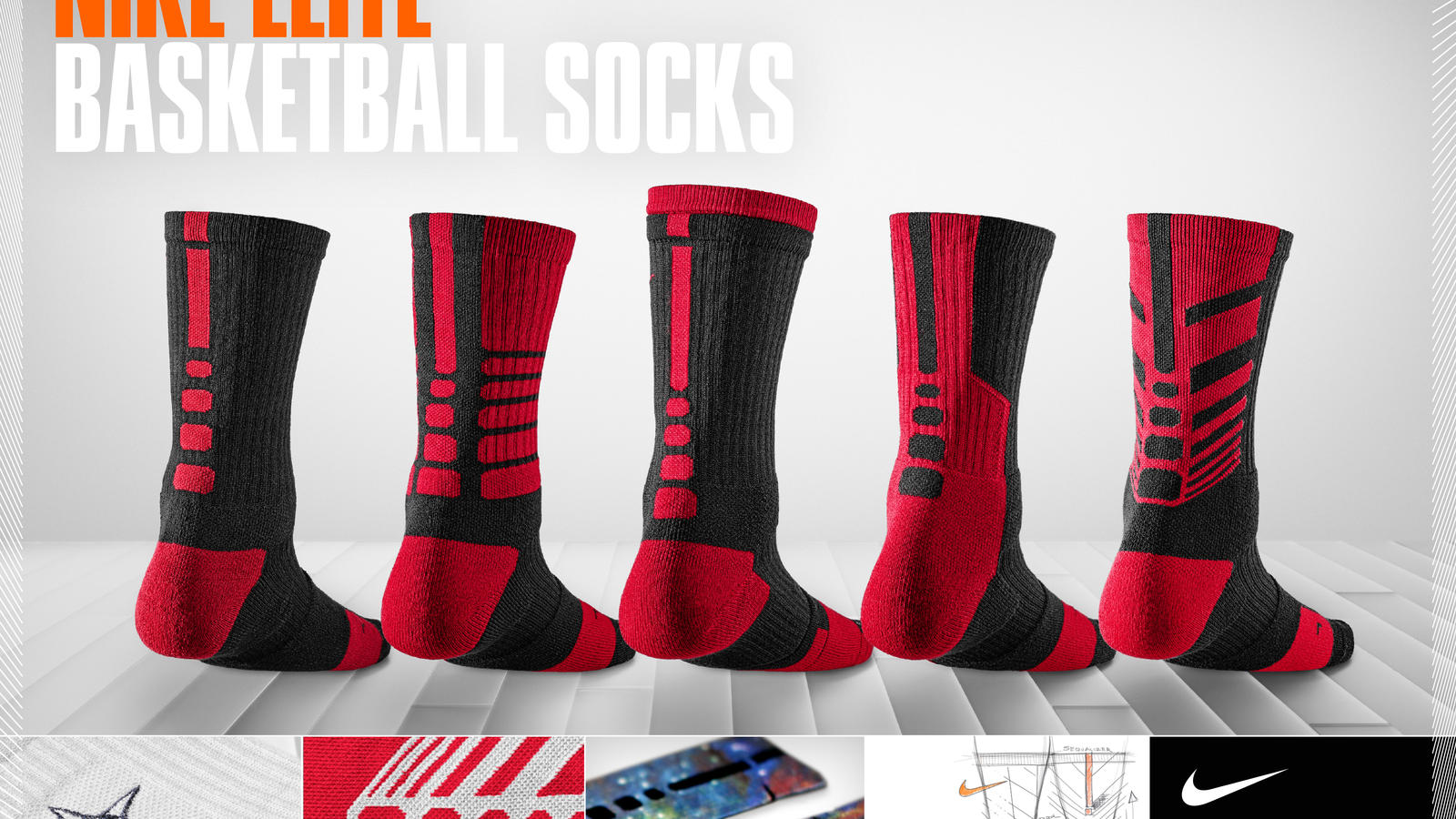 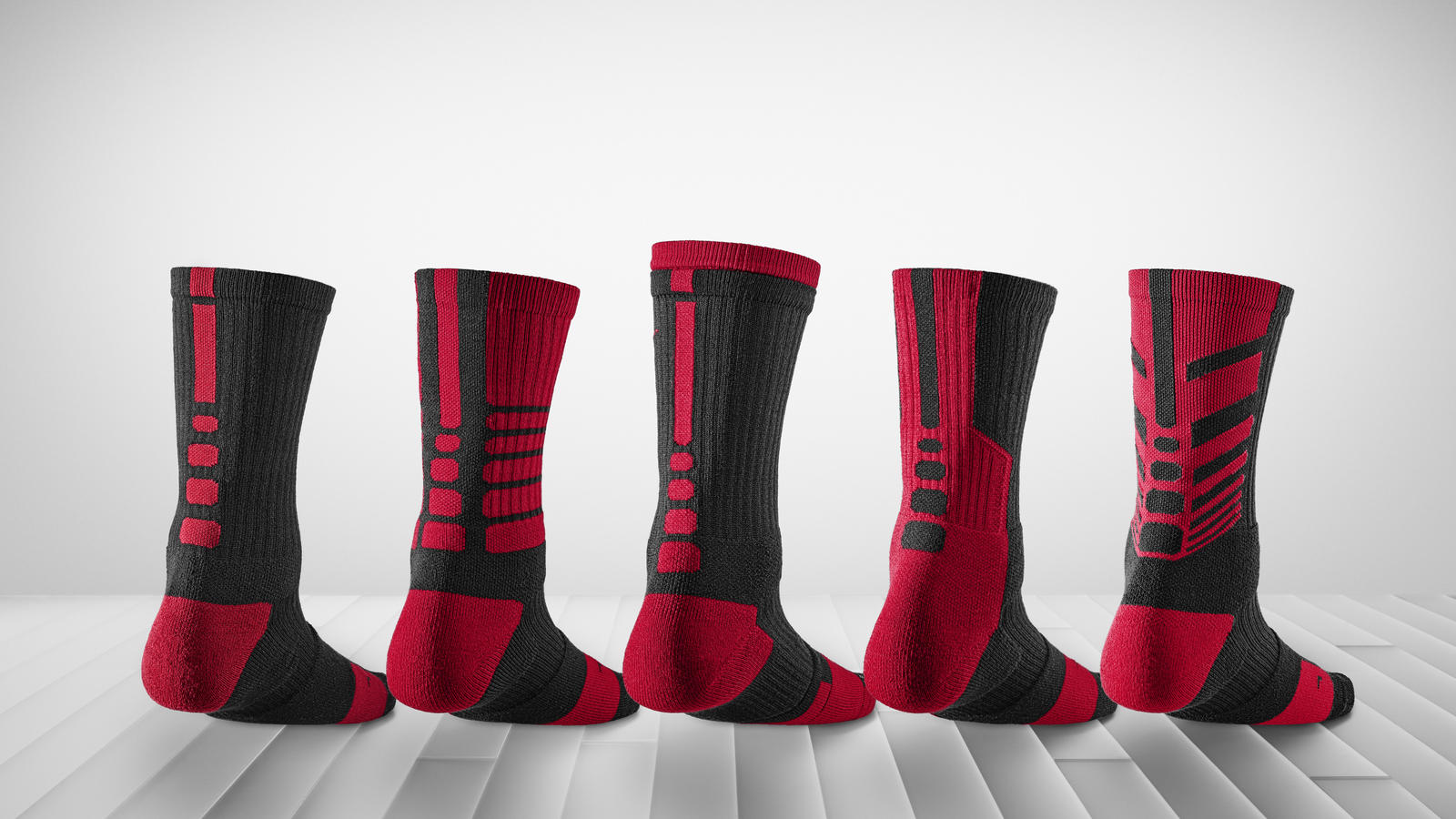 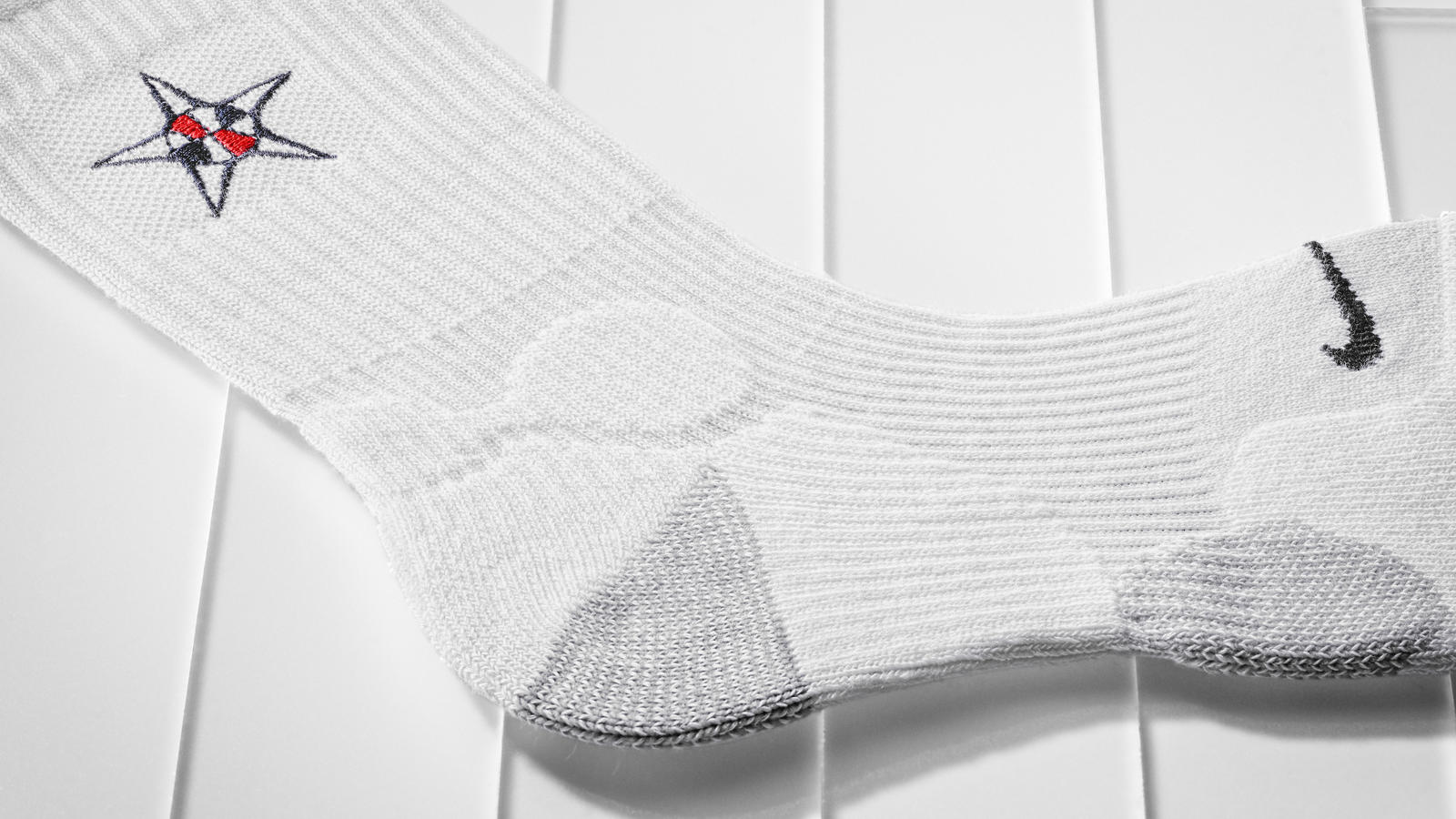 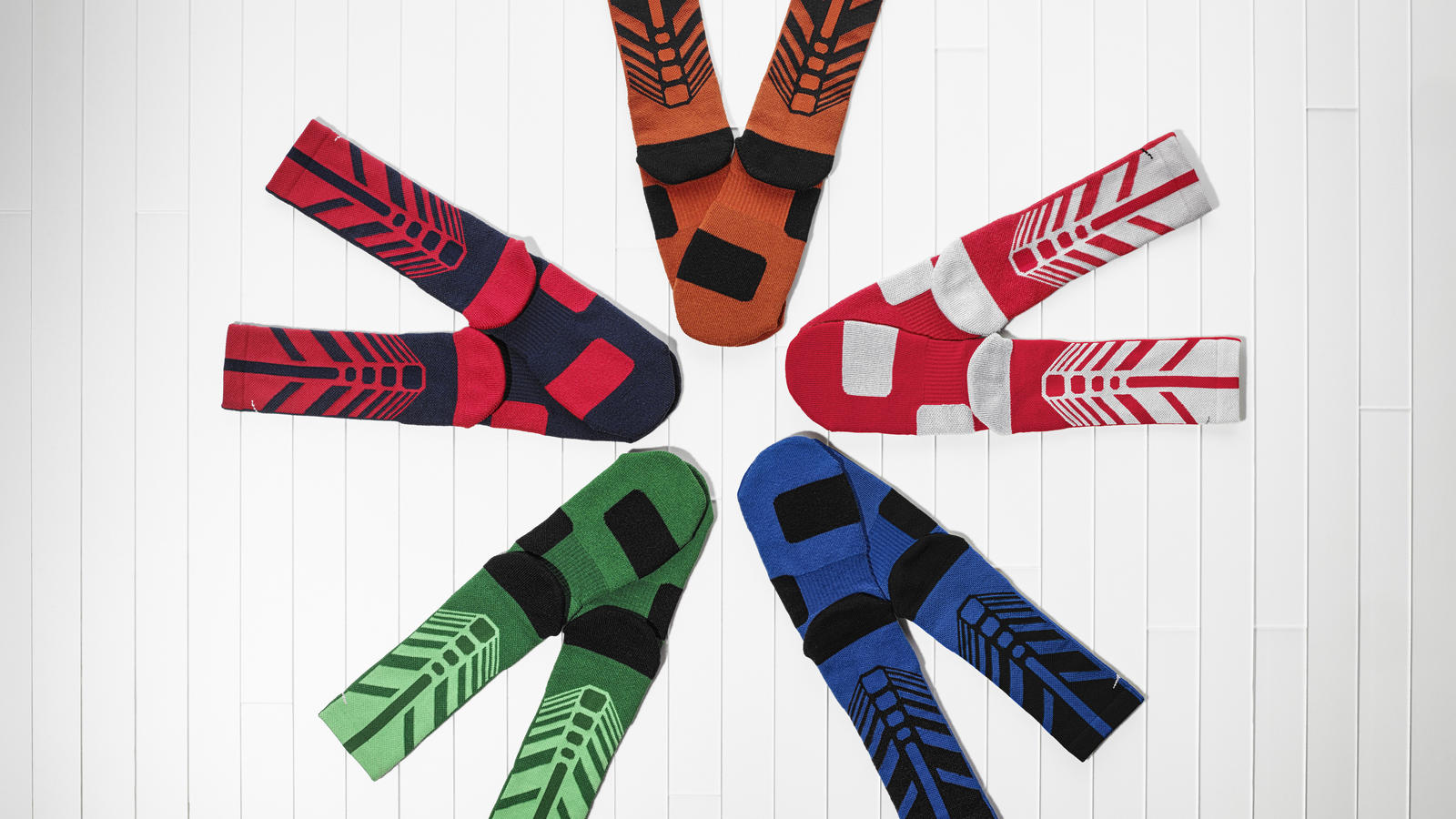 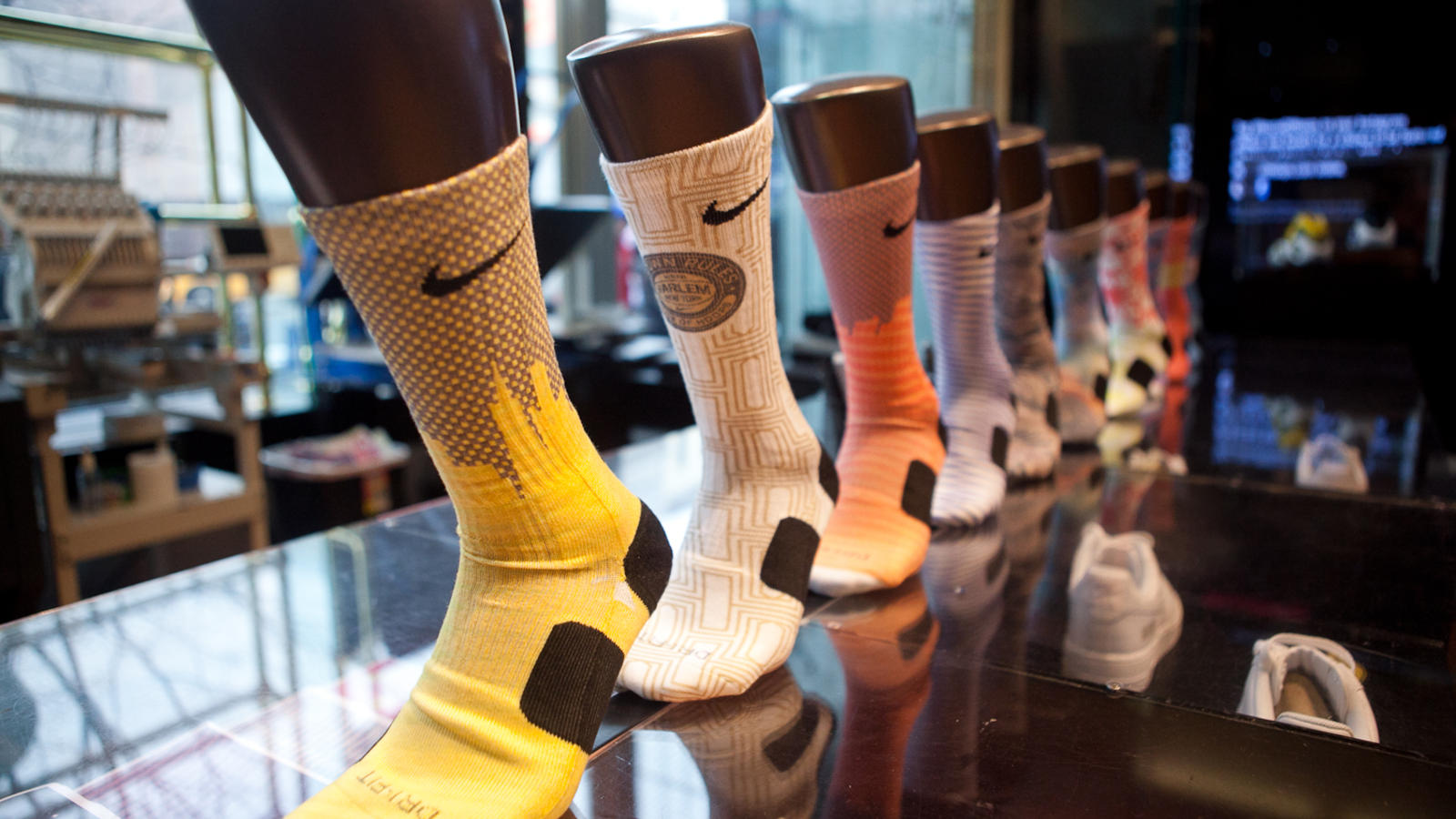 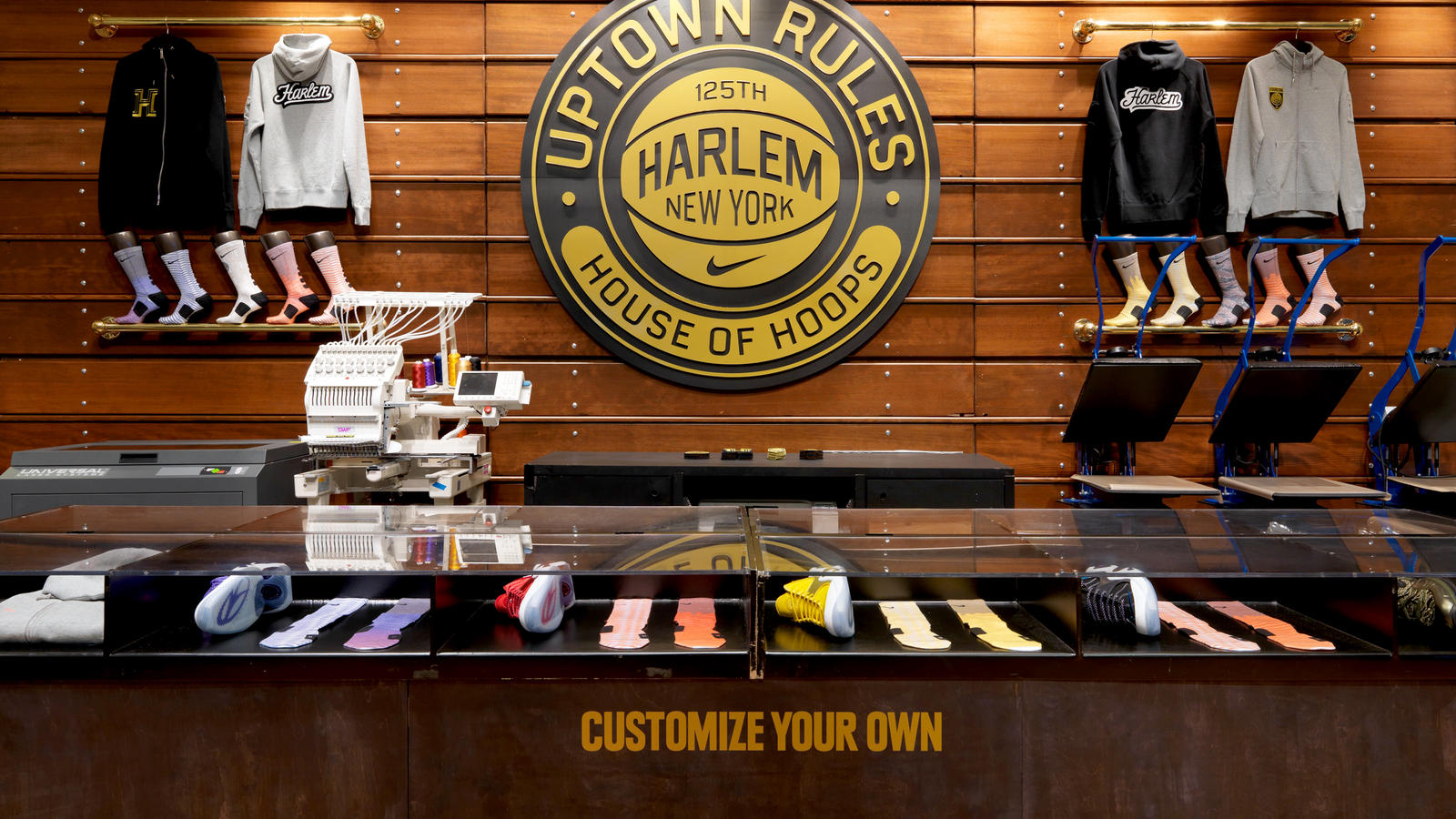 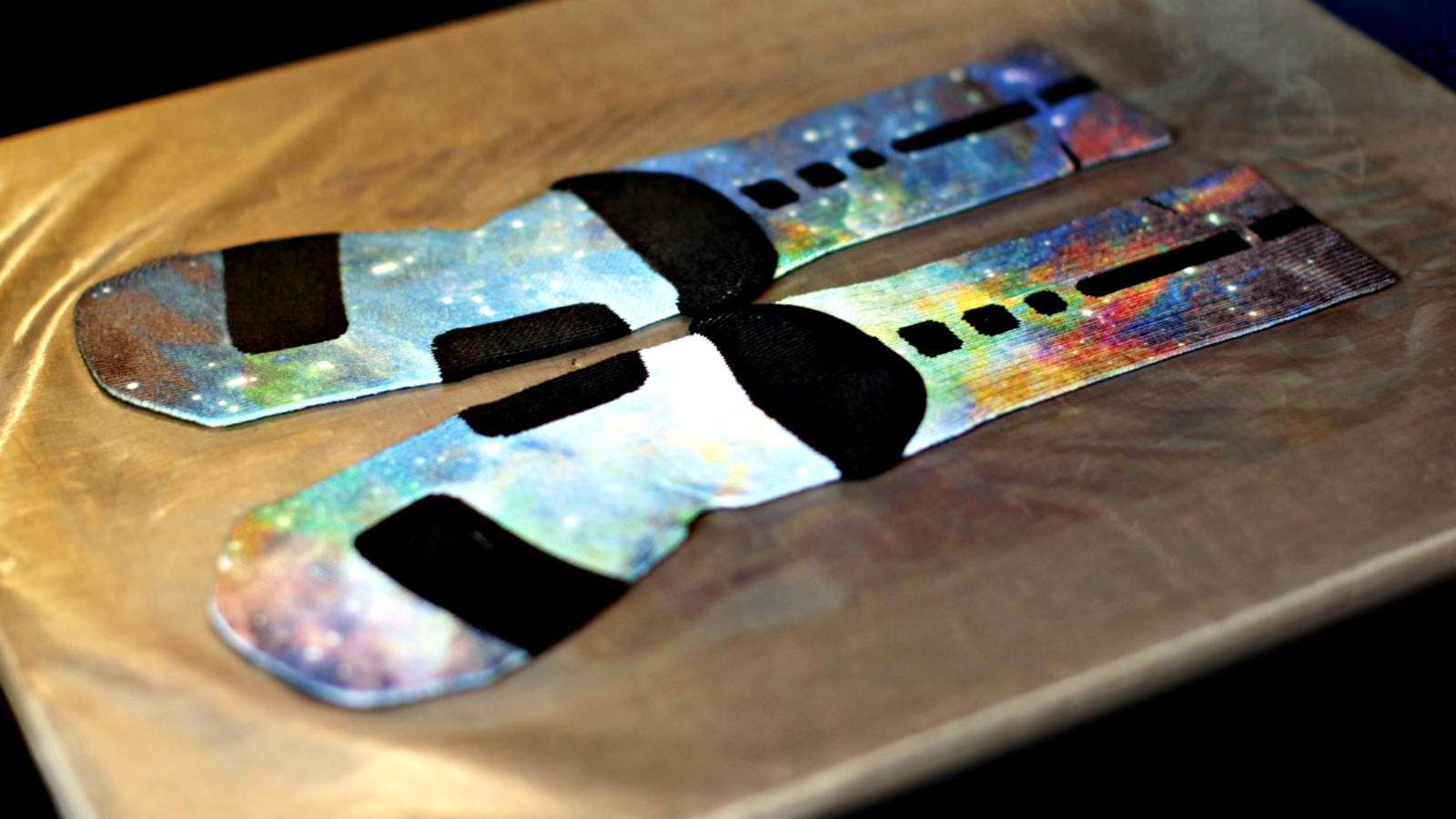 In 2008, basketball players spent little time discussing the performance value of socks. Buying socks in bulk for value was the norm.

Nike Basketball saw an opportunity to revolutionize the market with a technically advanced sock that delivered high performance and an iconic look. Since its inception in 2008, the Nike Elite Basketball Crew sock has turned the industry upside down.

Listening to the athletes

Nike Elite Basketball Crew socks have been a resounding success. They also tell a deeper story about Nike’s strong commitment to the athlete through performance innovation.

"We always start with the athletes,” says Senior Designer Amy Frazer, who currently works on the Nike Elite Basketball socks. “I think it’s most effective when you can enhance their performance experience with the products Nike develops. We talk to athletes at every level, whether they’re elite players, college players, middle or high school players or a local team who plays pick-up games.”

The initial model of the Nike Basketball Elite sock came to life in 2007 and was given to the USA Men’s Basketball Team during a tournament in Las Vegas. For the first time, Nike Basketball introduced socks with a specific right and left foot, which helped improve the fit. Enhanced cushioning provided comfort and support in specifically designated zones of the feet and ankle.

Player feedback was positive, to say the least. In fact, the socks were so well received that retail demand was strong and immediate.

“These socks were incredible,’” said Brooklyn guard and gold medalist Deron Williams. “I could immediately feel the improvement. They felt so comfortable and supportive that I wore them all the time, on and off the court.”

The validation from the USA Men’s Basketball Team was the first step to inspiring a sock transformation in the sport. Since then Nike has provided socks to a variety of top teams from high schools to colleges and the feedback has helped evolve the Nike Elite Basketball Crew sock from good to outstanding.

Through meticulous research and the use of innovative materials, fabrications and designs, the Nike Elite Basketball Crew sock features a sleek fit and strategically cushioned zones that provide comfort, support and cushioning protection specific to the game of basketball.

Nike Elite Basketball Crew socks offer anatomically correct right and left socks with an enhanced fit. The design process now mimics the intricacies of footwear design. Foot-strike cushioning aligns with pressure patterns for more comfort exactly where it is needed for basketball players. The cushioning around the ankle and Achilles helps protect feet from abrasions during play. Thin ribbing from below the ankle to the mid-foot provides a comfortable fit and great range of motion. And Dri-FIT fabric pulls sweat away to help keep feet dry and comfortable.

“Merging athletes’ insight with the best in product innovation, functionality and style is where the magic happens,” Frazer says. "Then it’s up to the athlete to go out and show what they can do."

The Nike Basketball team started its visual identification on the Nike Basketball Elite Crew socks with a unique logo on the back of the sock, which became a universal identifier and design language for the socks that carries on to this day. On hardwood or concrete, the logo is a badge of honor of the court. The style has spread from the courts to the streets, and the socks have gained popularity overseas as youth everywhere fall in love with the socks' design and performance.

The sock designers also work closely with footwear and apparel design teams to develop various colors and graphic hook-ups that allow fans to have a consistent color look or to create their own personalized look.

During specific game moments, customized Nike Elite sock became so coveted that it turned the performance sock into the must-have item of the weekend.

Five years in, the Nike Elite Basketball Crew sock trend is poised to continue the momentum with more colors and new technical innovations. But rest assured one thing won’t change - the iconic Nike Elite logo running up the back of the sock.