Nike Football Creates a Combine In Your Pocket

Nike+ The Opening brings elite coaching, training and recognition to the fingertips of every football player.

Every summer for five days, 166 elite high school football players from around the country descend upon Nike World Headquarters in Beaverton, Oregon, for Nike Football The Opening. The competition provides the athletes the opportunity to learn from and compete against the best in the game via training sessions, the Nike 7ON (7-on-7) tournament and the Nike Elite Linemen Challenge National Championship. 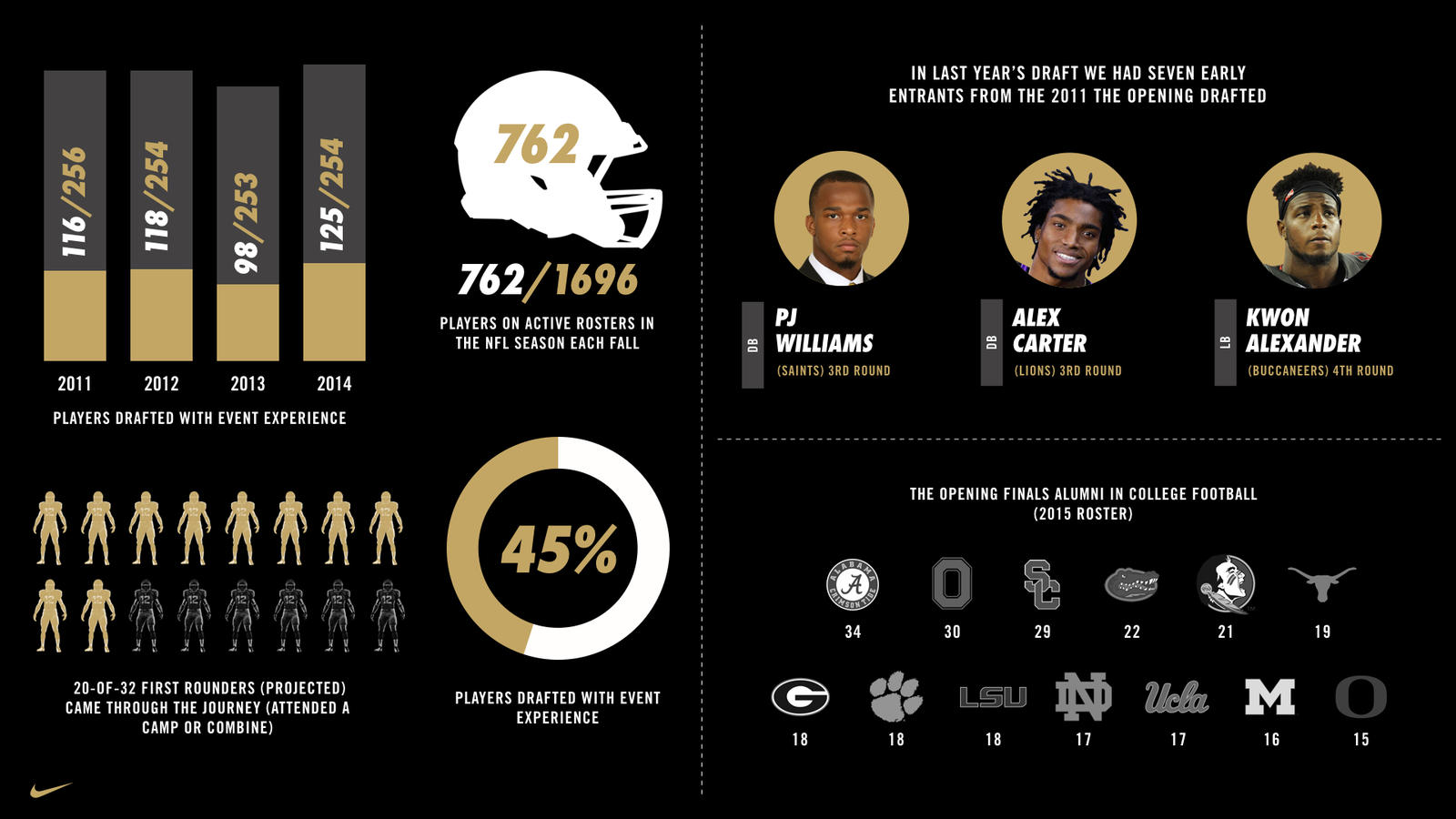 Last year, these athletes were selected from a pool of over 17,000 young players who took part in a series of 19 nationwide tour stops, which included Nike Football Combines and Nike Football The Opening Regionals. Now, Nike expands that journey to roughly one million kids through a partnership with Hudl, the online service that provides tools to allow coaches and athletes to review and share game footage, with a focus on helping individuals improve and get noticed. The new Hudl Combine app features a Nike Football Rating, which, after 2016, becomes the ticket to Nike Football The Opening.

Key features of the app include:

Additionally, there will be a 52-week training program offered within the Hudl site to help propel football athletes with drills and tips from professional players, coaches and trainers.

The Hudl Combine app for iOS is now available in the App Store. As of December 8, athletes can begin testing and earning their Nike Football Ratings. Click here to learn more about the app and Hudl.