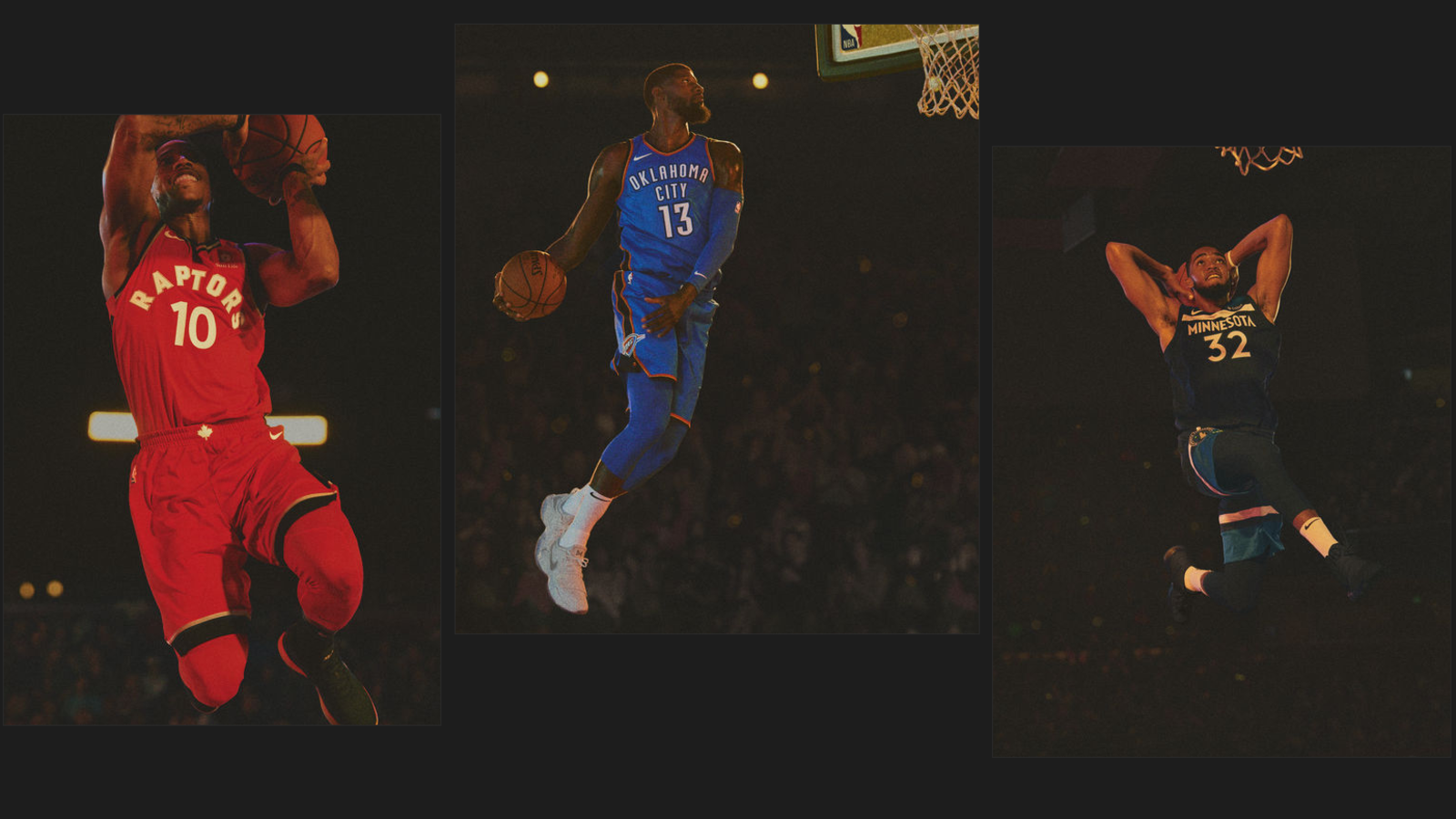 From left: Demar DeRozan of the Toronto Raptors, Paul George of the Oaklahoma City Thunder, Karl-Anthony Towns of the Minnesota Timberwolves

Announced in June 2015, Nike’s partnership with the NBA begins with the 2017-18 season. Today, Nike and the NBA share a detailed look into exactly how a team of Nike designers, engineers, pro players and sports scientists worked together to develop the league’s most technically advanced jersey and shorts.

Twenty years ago, basketball was more physical. There was holding and grabbing. Play was slower, and more methodical. But then, the rules changed. Shifts to calls on illegal defense (stemming from deregulation of zone defense) and a reduction of allowance of hand checking meant that play got faster and more fluid. In step, players have adapted, becoming incredibly versatile and making quicker decisions. Teams started playing smaller lineups, and the wide-open offenses once unique to a few franchises have become the new benchmark. “From how the athletes move to the positions they play — even their body types are completely different today than they were five to 10 years ago,” says Kurt Parker, Nike VP of Apparel Design. “That’s why we wanted to dramatically evolve both the performance and look of the uniforms.”

This mission was top of mind when Nike's partnershipwith the NBA was cemented in June 2015. Nike designers went to work immediately building the new uniform with the goal to minimize distractions by keeping the athletes cool, dry and completely mobile — all in an updated sleek look. They had 25 years of institutional knowledge to build on and were approaching a once-every-four-years opportunity to get feedback from the world’s greatest athletes: the Rio games.

There, the players debuted the Nike Vapor uniforms that featured high-performance knit jerseys and shorts built with Nike AeroSwift technology. The kit was Nike Basketball’s most advanced to date. “Still, it was our starting point,” says Parker. “To prepare for the NBA, we had to re-examine every part of that uniform, and we’ve changed pretty much everything since Rio.”

Nike engineers and designers focused their re-examination on three areas: movement, thermoregulation and fit. In terms of movement, third-party sport researchers gathered data that showed that no athlete moves quite as diversely as a basketball player. During an average game, a player may cover more than four miles with full-speed bursts that last about 1.6 seconds. An athlete can change directions every two seconds, totaling 1,000 per game. Some jump up to 42 times with an average liftoff time of .16 seconds. “Basketball is a game of transition more than any other sport,” says Parker. “A player will go from sitting on the bench to sprinting top speed to jumping as high as he can within seconds.”

To figure out exactly how to create a uniform that would run, cut and jump with each player, as well as to gather information on temperature regulation, the team put in countless hours of rigorous testing, including everything from snag and burst testing to pilling and wash testing, as well as creating atlas maps — a process that involves taking a digital body scan to evaluate sweat zones, contact zones and where basketball players need full range of motion. “We’ve used atlas mapping before, but this is the first time we've done it specifically for NBA athlete body types,” says Parker.

Designers overlaid the three atlas maps to understand how to design a uniform in three dimensions. For example, the maps indicated that the chest produces sweat and it's a cling zone. “You’ll see guys constantly trying to pull their jerseys off of their chest — LeBron does it all the time,” explains Parker. “So, we realized that we needed to figure out a way for the jersey to wick the sweat without it being too baggy or too tight.”

Because the team was working with an engineered knit fabric, they were able to program the knit structure to create a three-dimensional zone to allow air to flow through, and placed tiny nodes on it to help prevent it from sticking to the skin. 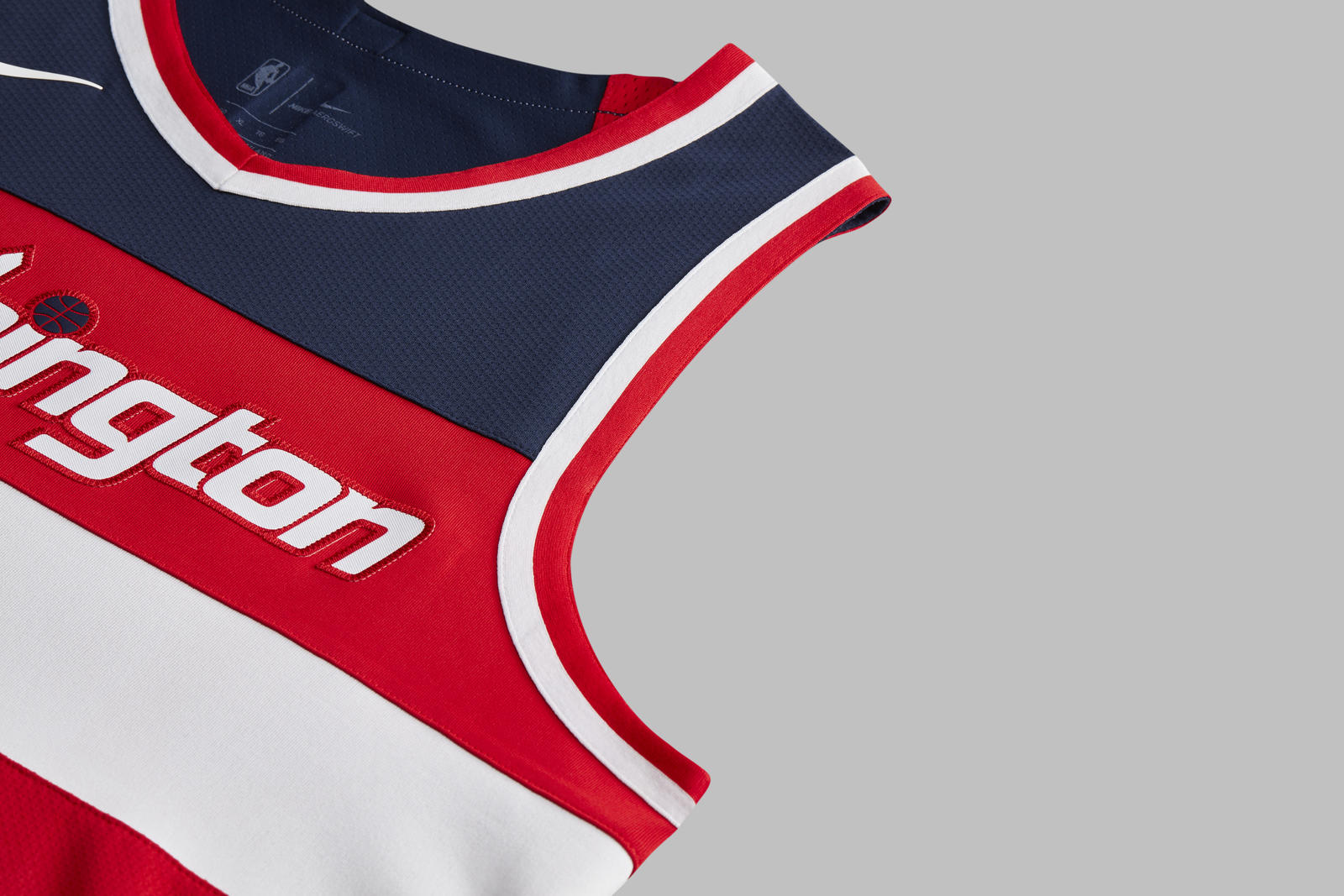 “Temperature is huge,” says two-time NBA MVP Steve Nash. “When a fabric breathes better and absorbs sweat better you can stay warm — but not be too warm on the court.” In this case, by helping to improve temperature control, the maps also created a solution for the way the jersey feels. “Typically, the result of the game is decided in the last five minutes, so the last thing you want to do is fuss with your jersey during that time,” says Parker.

Similarly, designers modified the uniform based on range of motion information gleaned from the maps, including scalloping the back of the jersey around the shoulder (rather than using the continuous rib design that’s always previously been used) and shifting the motion vent on the short toward the front so that when a player makes a cut or is on defense, it opens in a spot that allows them to move more freely. “Typically, players would size up to get more range of motion from their uniforms,” says Parker. “But thanks to these maps we were able to streamline the fit by tailoring the uniforms to their need, resulting in the lightest uniform in NBA history. 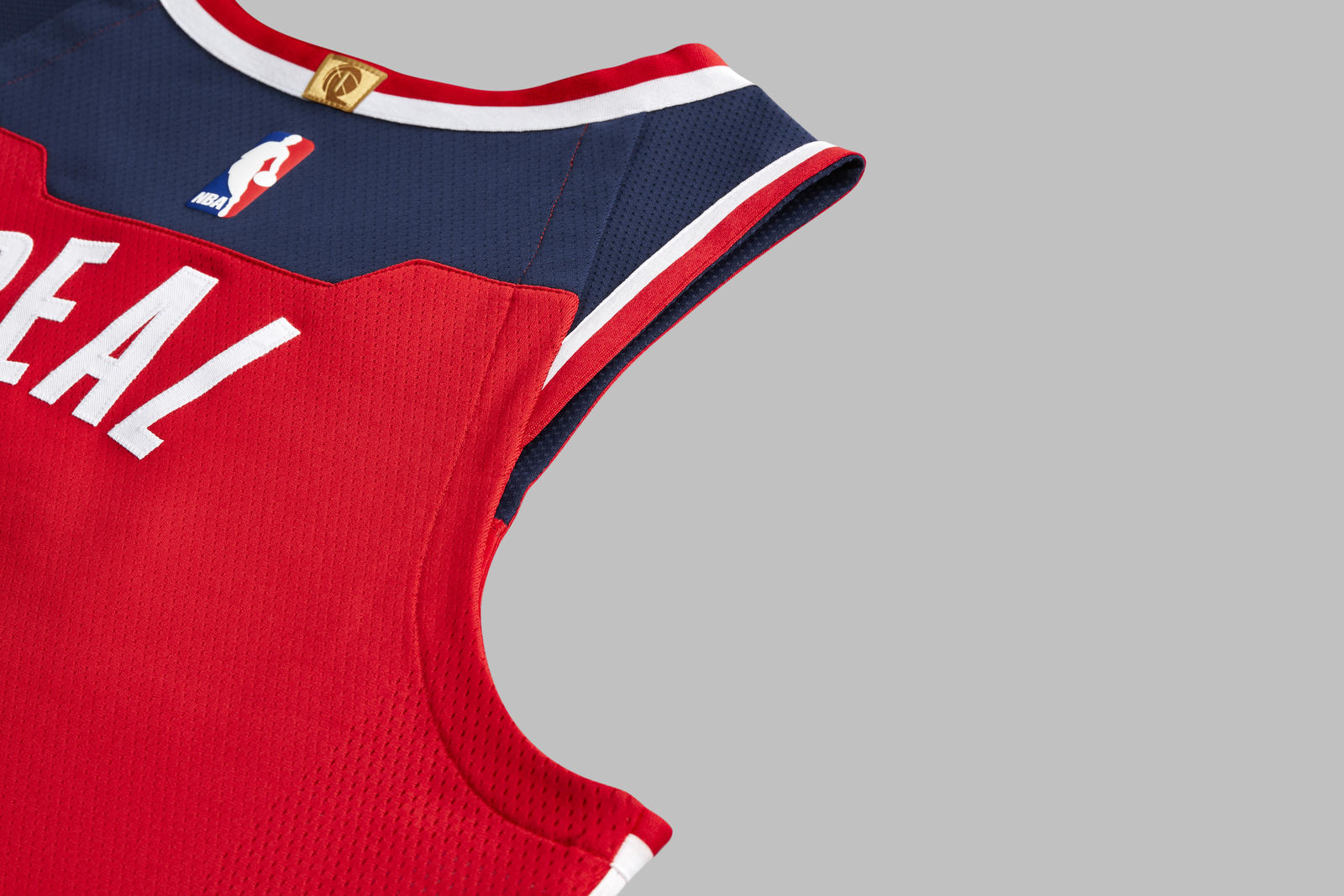 Atlas maps indicated an athlete would move more freely if designers adjusted the cut of the armholes around the back of the shoulders. 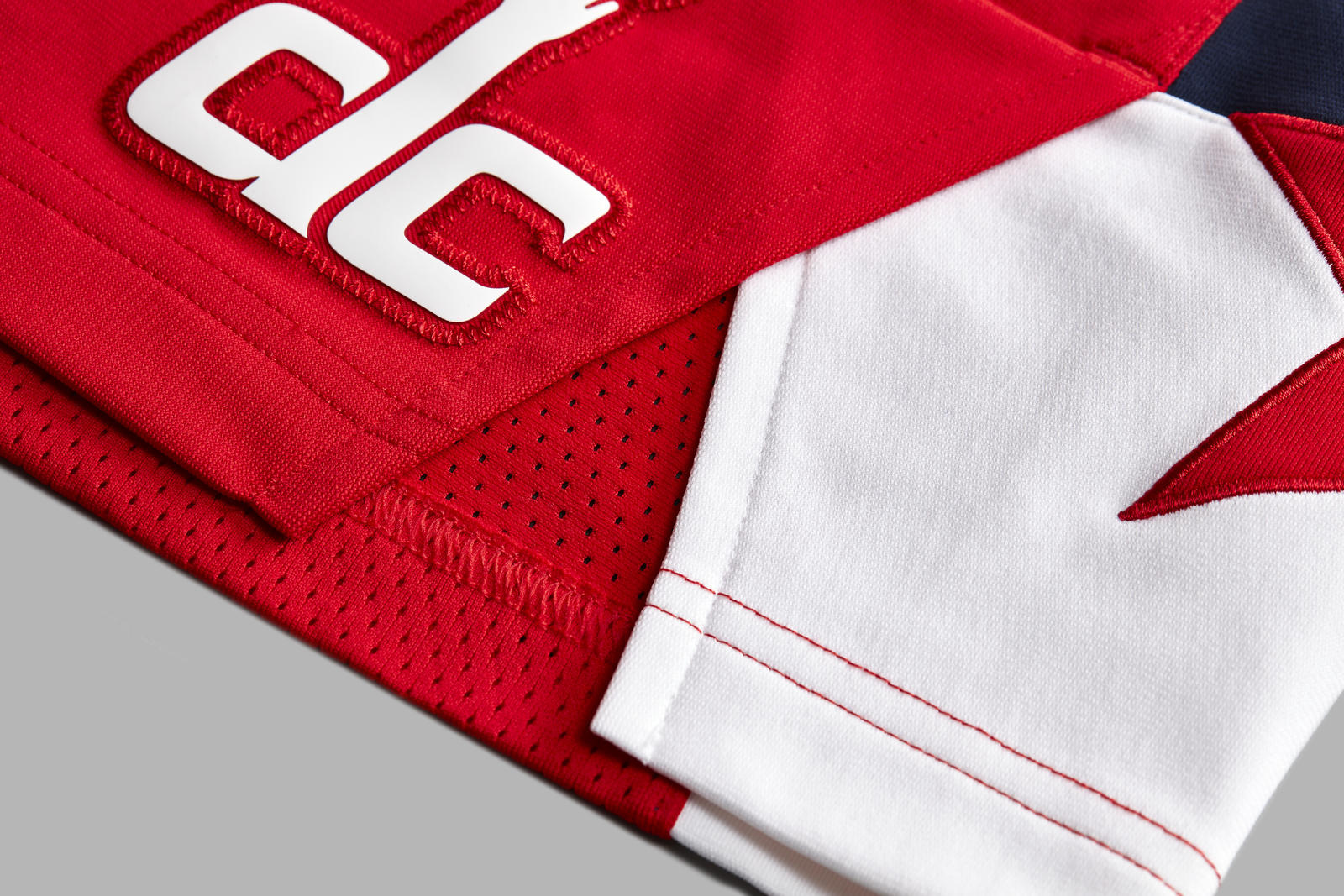 Designers also shifted the motion vent toward the front of the shorts to facilitate more range of motion.

To put the design to the test and to gather insight on how the athletes feel in the uniforms, several NBA teams including the Jazz, the Mavericks and the Blazers, as well as various college teams tested the uniforms. “They practiced in the uniforms and immediately shared feedback with designers and product managers on things like how much coverage they wanted in the strap or around the arm hole, how long the short would be, and so on,” says Parker.

The process was iterative: Nike would research and make a version of the uniform, put it on the athletes for about a week’s worth of practices, take the athletes’ feedback to refine the uniform and create a new silhouette that they would then go back out and test on those same players, and so on, which went on for about a year.

Another key to wear testing was solving for the reality of the players’ diverse body types. The uniform needed to be versatile in that one style had to look amazing on every athlete, but it also needed to feel like it was made specifically for each player. “These guys are superhuman size, so you have to make something that works for KD at 6’9” and 240 pounds, LeBron at 6’8” and 250 pounds, Isaiah Thomas at 5’9” and 185 pounds and everyone in between,” says Parker.

Style was also a consideration. After all, the league ranges from 19-year-old rookies up to 40-year-old veterans, all of who have personal opinions on fit and feel. “We find the older guys are more set in their ways of wanting a bigger, baggier uniform, and then the younger guys are a lot more open to shortening the shorts and slimming the jersey.” 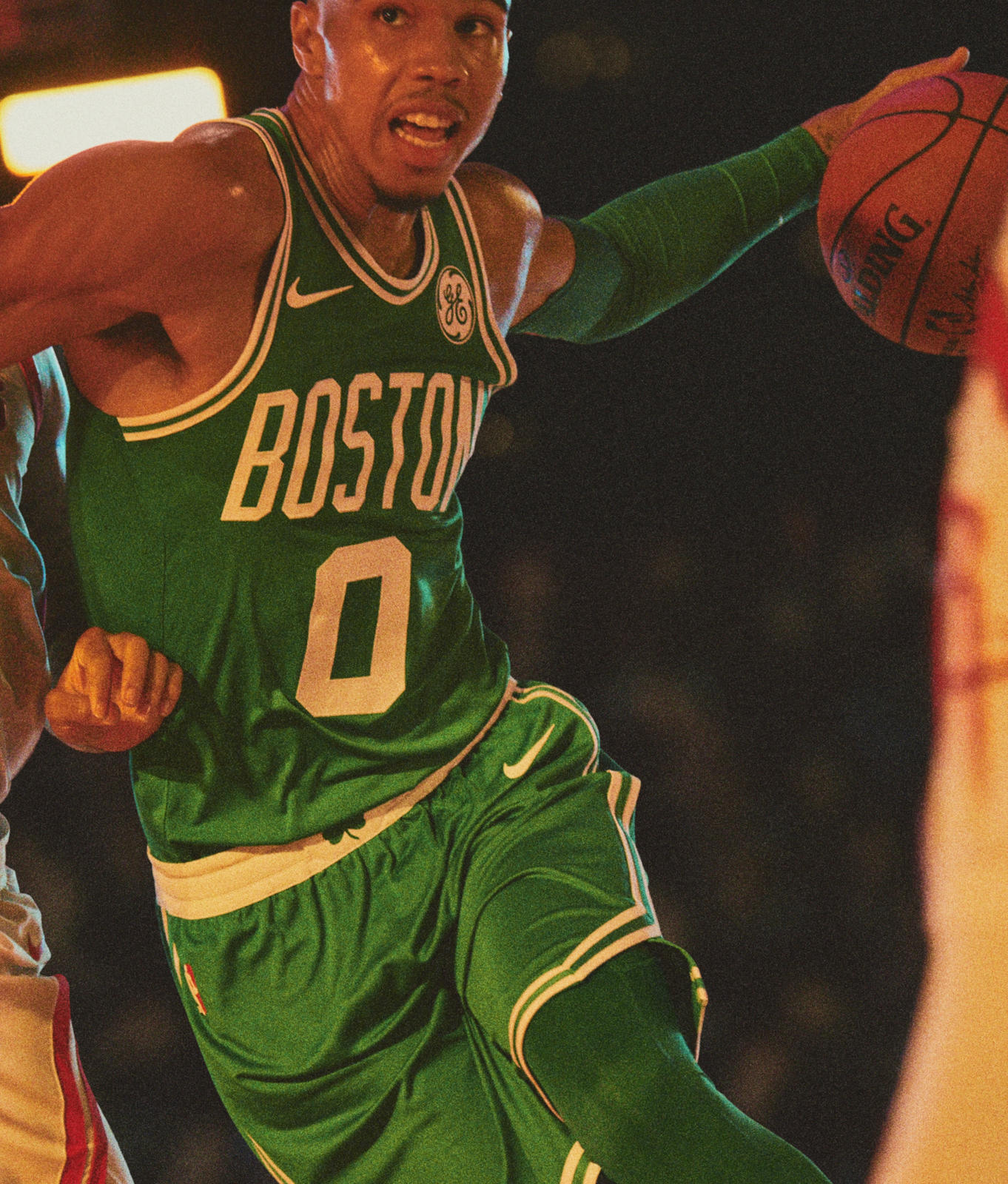 Jayson Tatum of the Boston Celtics in the new jersey (the league's slimmest yet) and shorts (which are shorter and more fitted than past silhouettes).

Beyond the functional and style details, the athletes indicated that honoring their emotional connection to the uniforms was important. “When you make it to the pro level, and Kyrie talked to us a lot about this, it's like an elite fraternity,” says Parker. “They’re proud of that.” That feeling has the potential to power their performance. “When they look good, they feel good and they play good,” says Parker.