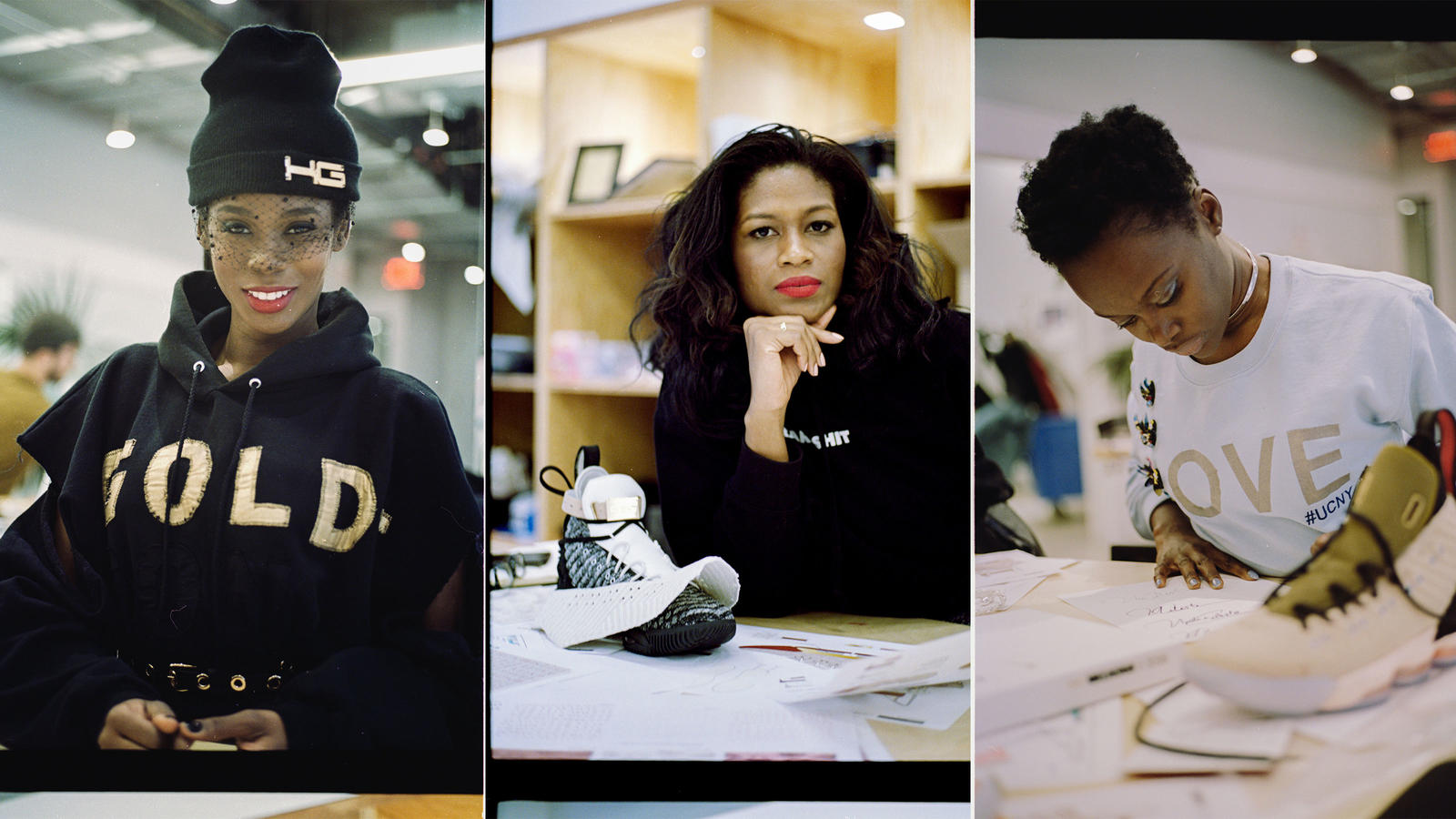 LeBron James has cemented his position as one of the best basketball players to ever play the game, but that has never been enough for the Akron native. James has always strived to be more than just a basketball player. He has made an impact in the community by emphasizing education and using his powerful platform to empower those around him.

Harlem's Fashion Row, the New York City-based fashion collective, was created in 2007 to showcase the work of multicultural designers, particularly from women who are impacting the community.

The collaboration between James and Harlem's Fashion Row was natural: Take two voices devoted to empowering others and combine them to create a shoe that honors the strength of African American women everywhere. The result is the HFR x LeBron 16, the first LeBron signature shoe to be reimagined by female designers.

“I believe that African American women are some of the strongest people on earth. I grew up around some amazingly strong women and am inspired by the strength I see around me, including my mom, wife and daughter.”

Recognizing HFR’s mission to provide a space for fashion designers of color to build profitable businesses, Nike and LeBron James asked the fashion collective to transform the original concept of the LeBron 16. HFR founder Brandice Daniels selected three designers to tackle the project — Kimberly Goldson, Felisha Noel and Undra Celeste Duncan — based on their previous work and passion for sport.

Meline Khatachourian, a Nike global basketball footwear designer, along with James’ longtime footwear designer Jason Petrie, worked together to lead the design process with HFR. The trio of HFR designers traveled to Nike World Headquarters to learn how a performance shoe was made before meeting back in New York City for a working design session.

“The collaboration has led to a fusion of something that’s incredibly exciting — not just a shoe, but a message that’s inspiring to other women,” said Khatachourian. 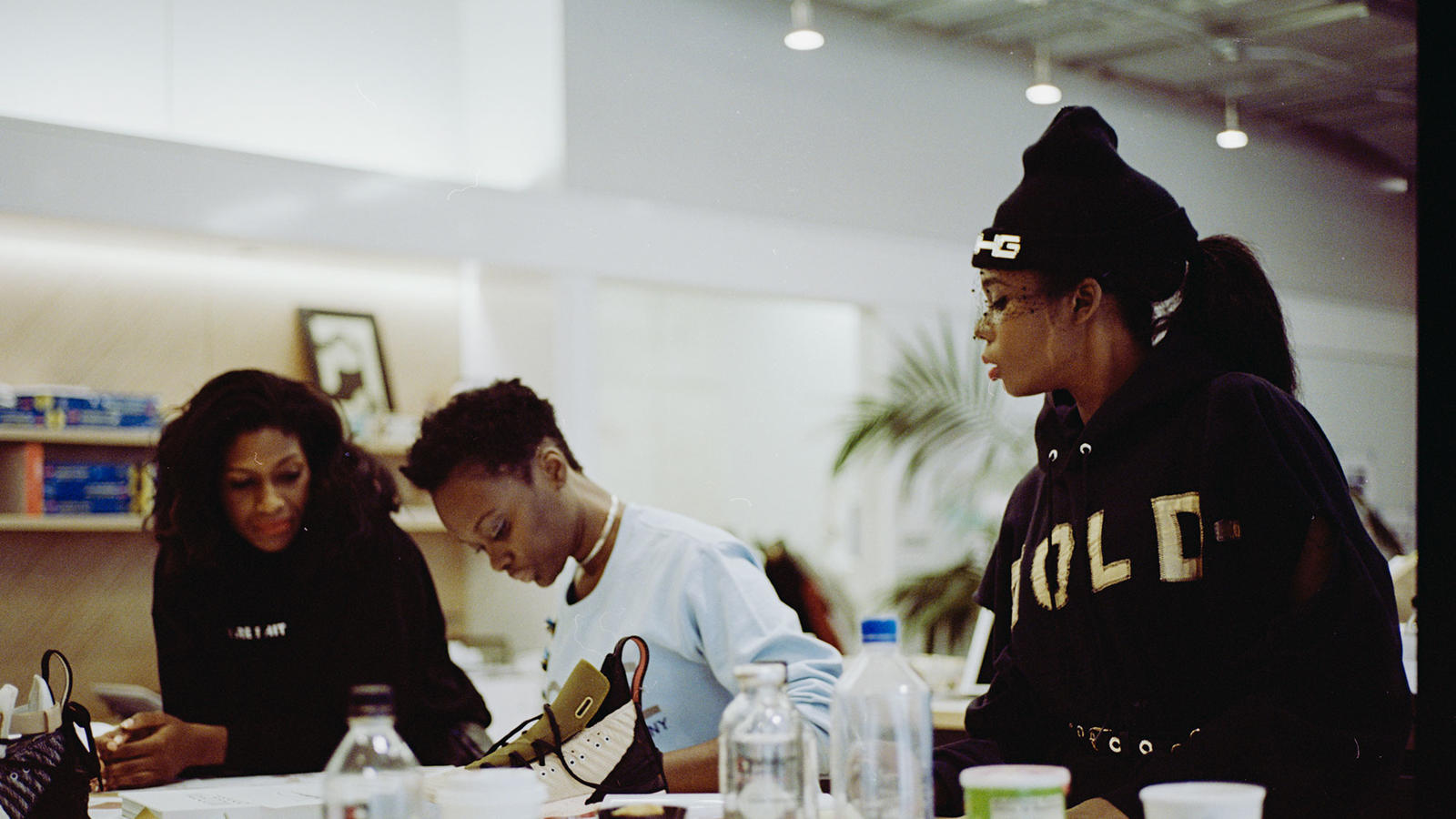 Noel, Celeste-Duncan and Goldson attend a design session at Nike World Headquarters, where they were mentored by Nike Basketball footwear designers Meline Khatachourian and Jason Petrie.

Kimberly Goldson says the designers and James felt a kinship the moment that he described his vision for the shoe.

“We each had something that connected the four of us based on what LeBron saw from his mom, and the sacrifices she made for him,” says Goldson. “My mom did it. LeBron’s mom did the same for him. The connectivity was there between all of us.”

The HFR x LeBron 16 was unveiled at the Harlem's Fashion Row Showcase Gala on September 4, during which James was honored for his influence and contribution to the community. Although he’s watched many signature shoes evolve in his career, the sight of the HFR x LeBron 16 is deeply personal.

“As someone who has a platform, because of what I do, I thought it was important to lend that platform to a group of people that I believe are under-recognized,” says James. "Being the son, husband and father of strong African American women, I felt like this was something I wanted to do for them and for all the strong women out there who are succeeding despite what might be stacked against them.”

In its cooperative creation, the HFR x LeBron 16 is a symbol of unified strength. The shoe was always driven by a mission greater than its individual parts — one focused on assisting others. 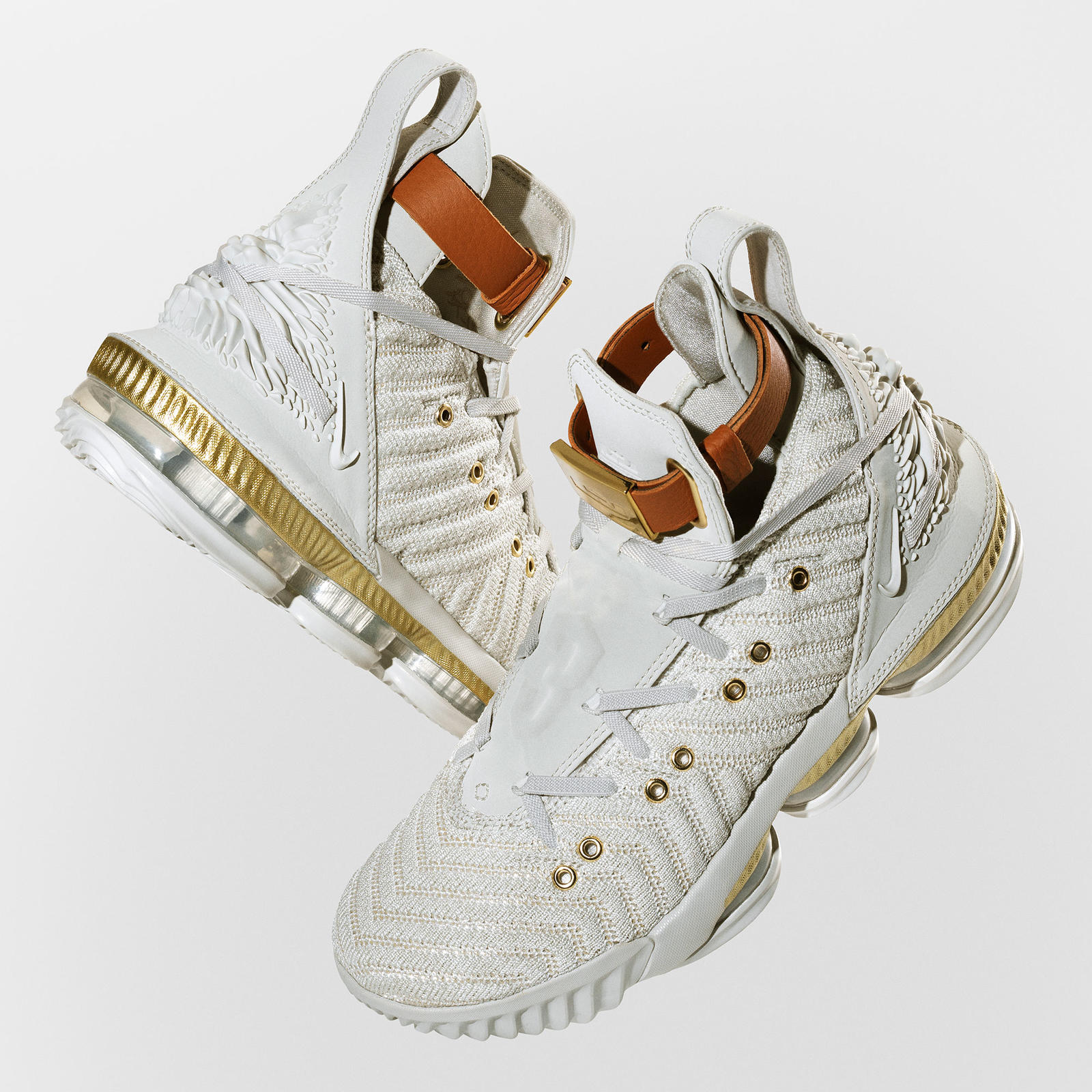 The HFR x LeBron 16 is inspired by James' belief that "African-American women are some of the strongest people on earth."

The HFR x LeBron 16 releases September 7 in limited quantities as an exclusive on SNKRS in North America and on nike.com.