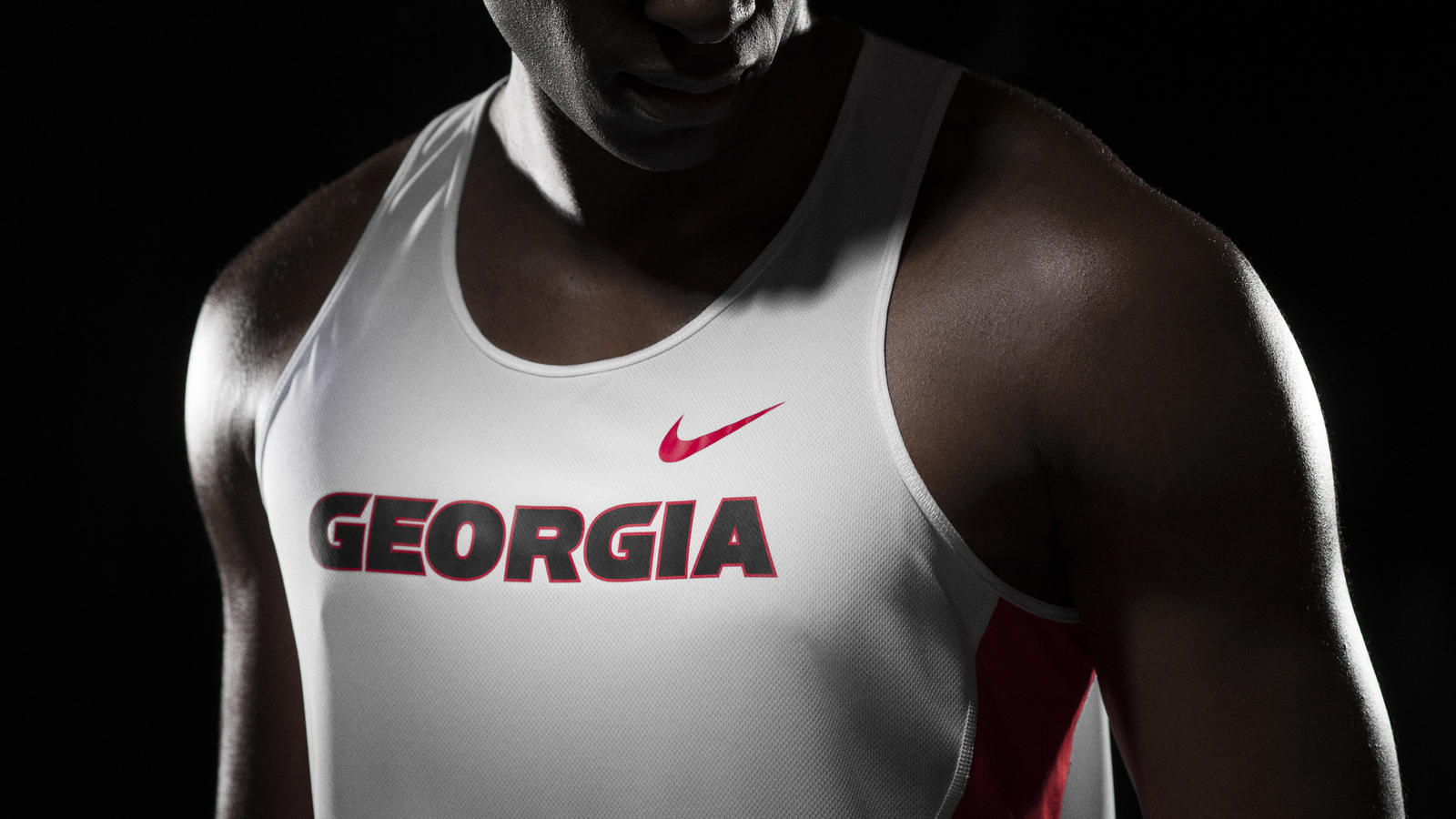 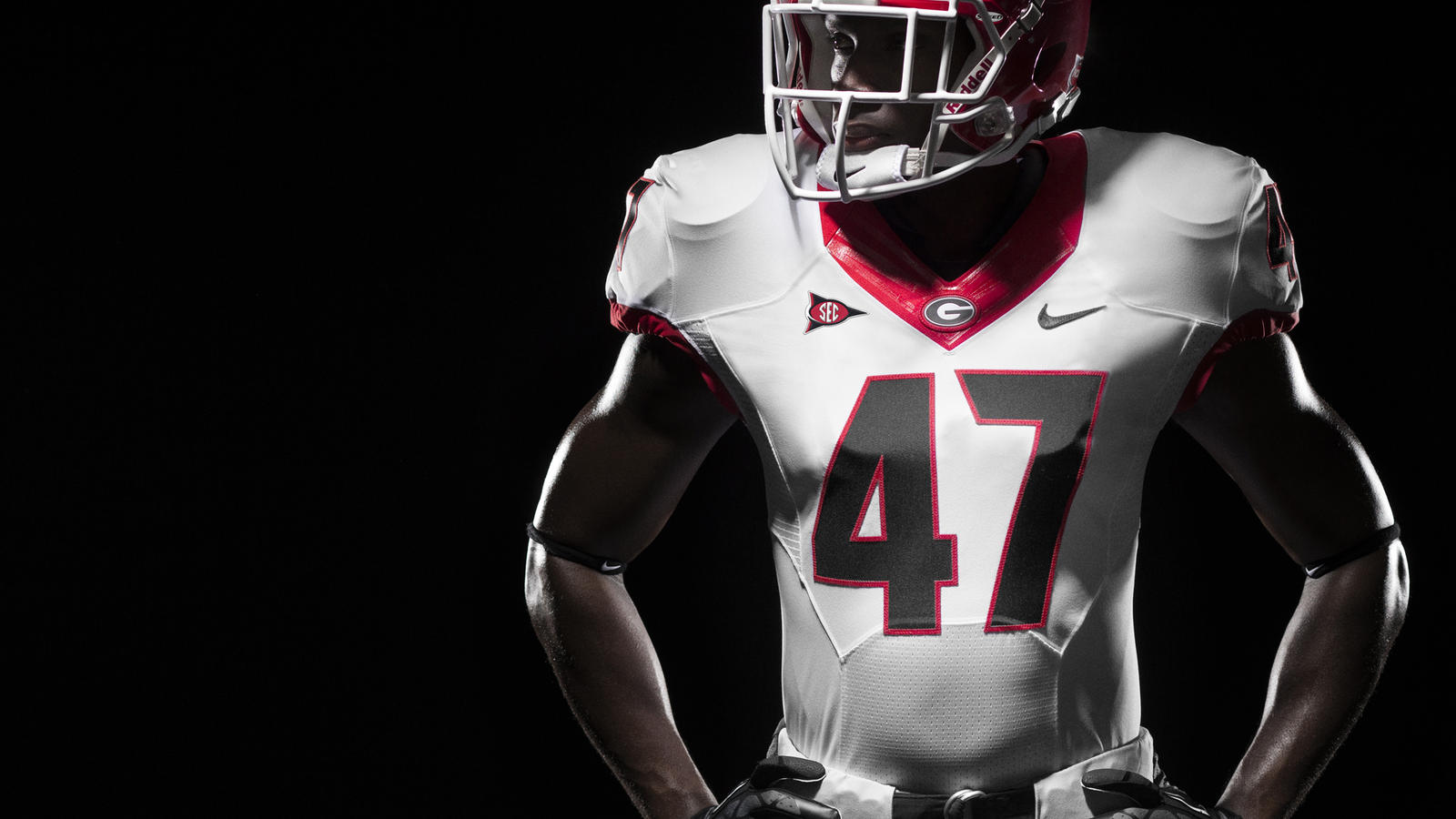 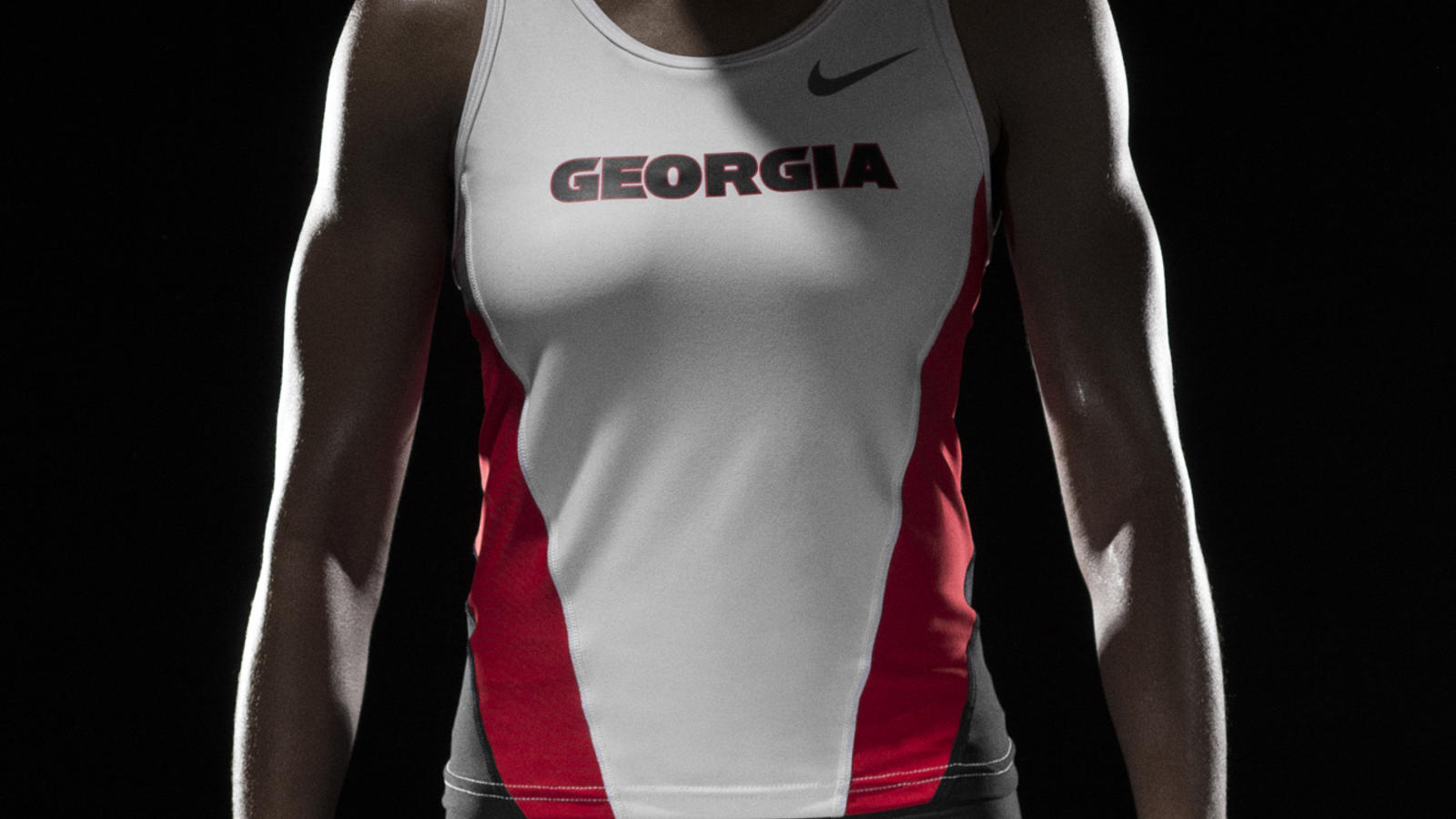 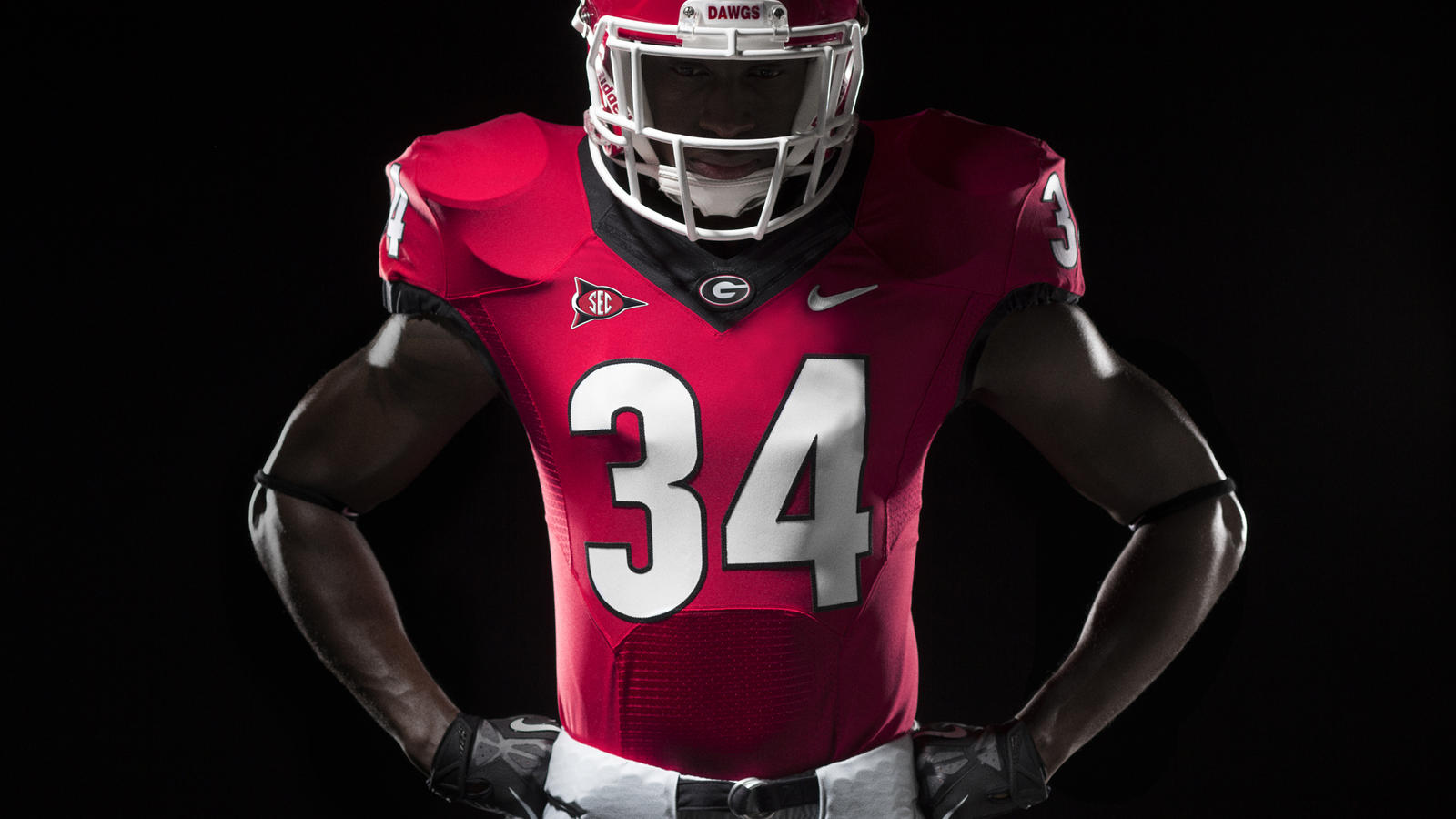 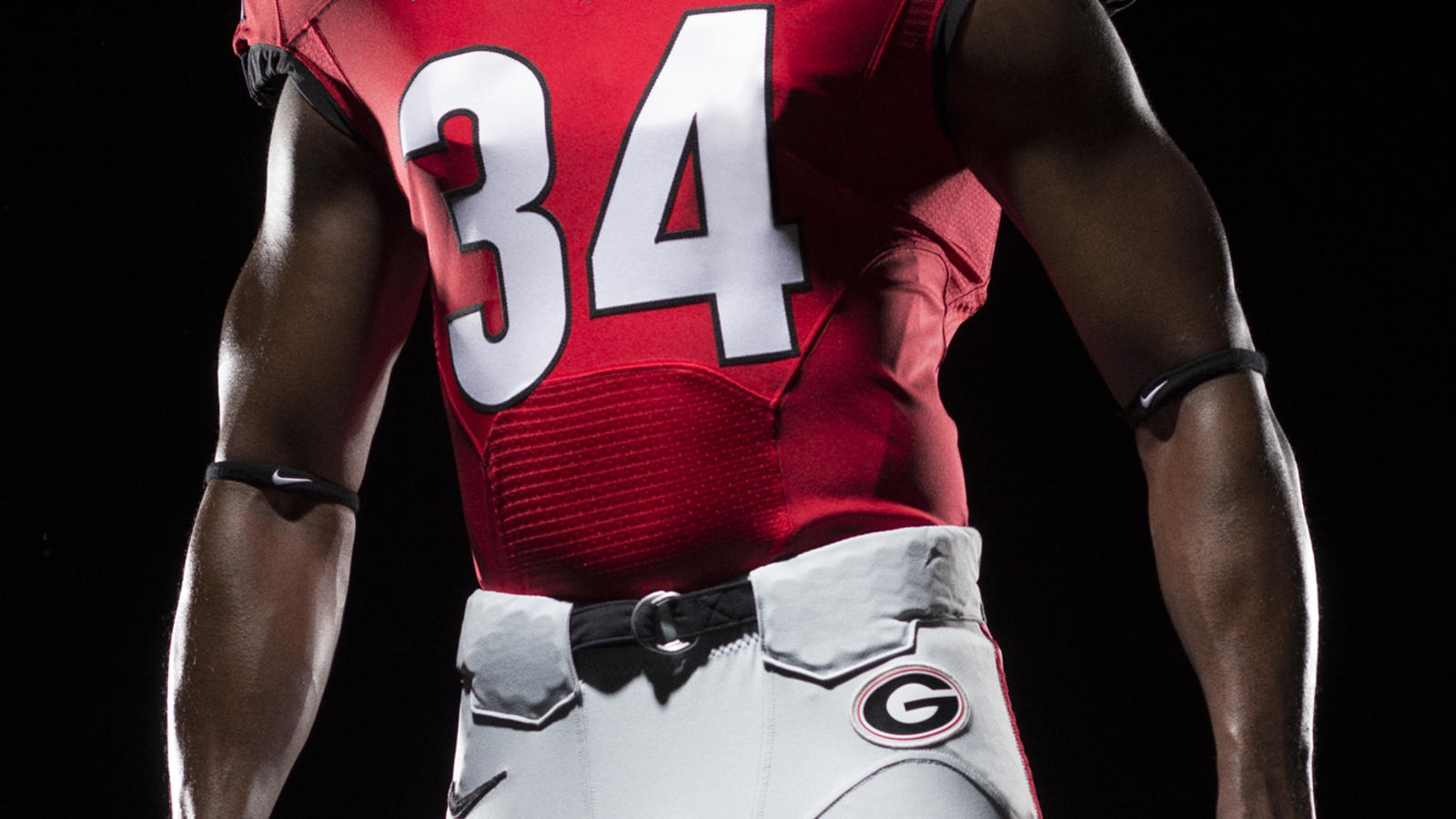 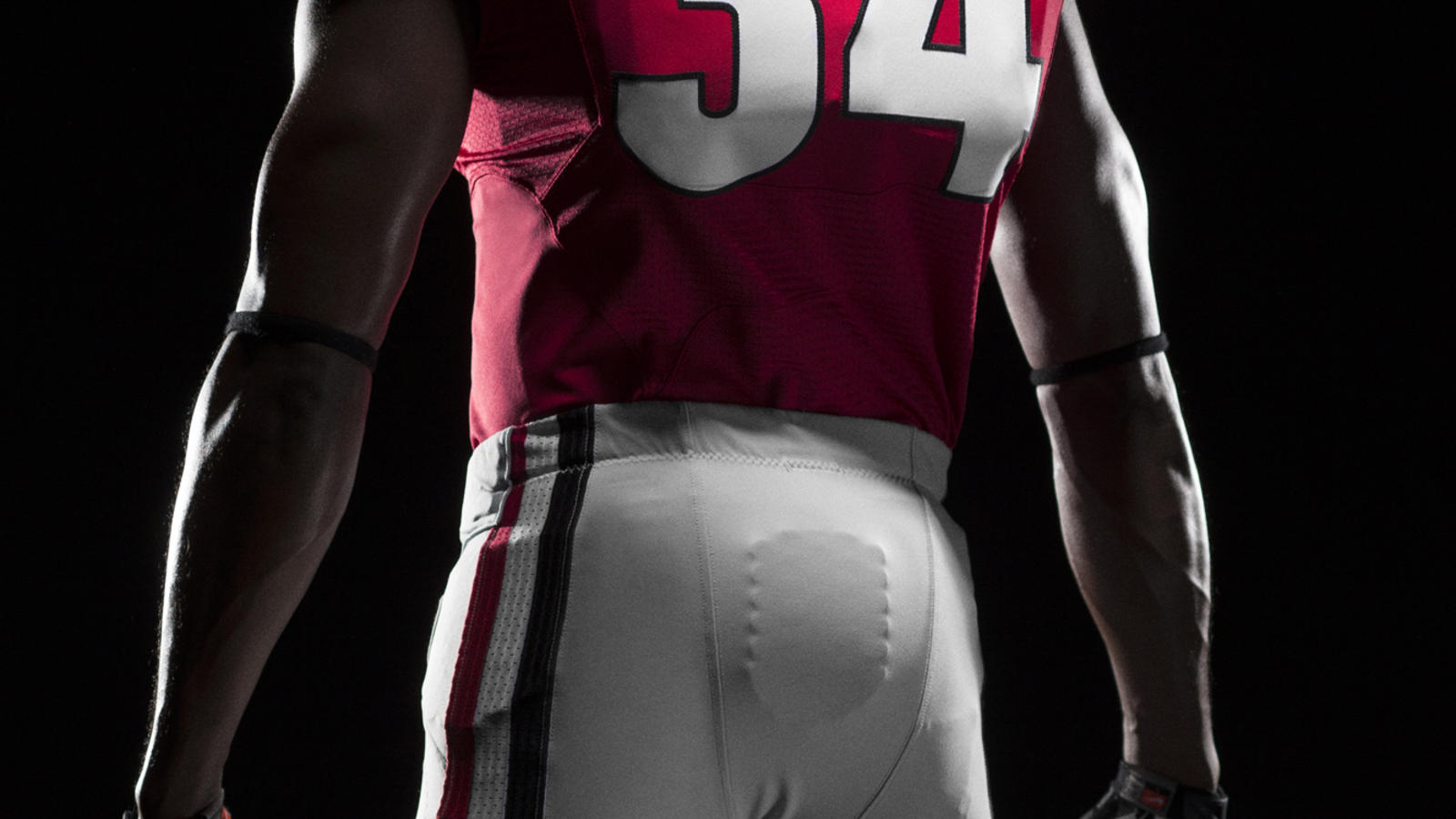 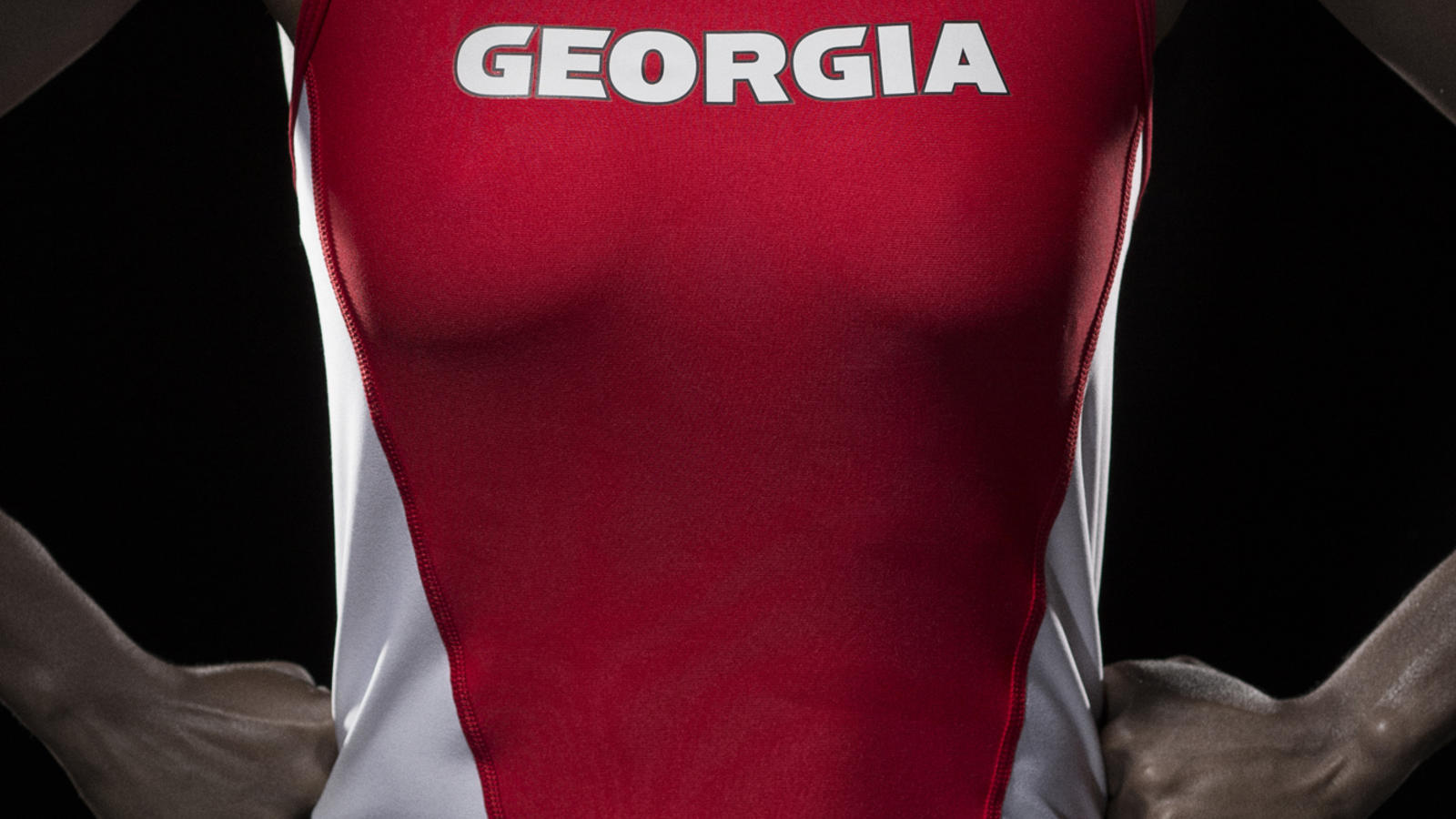 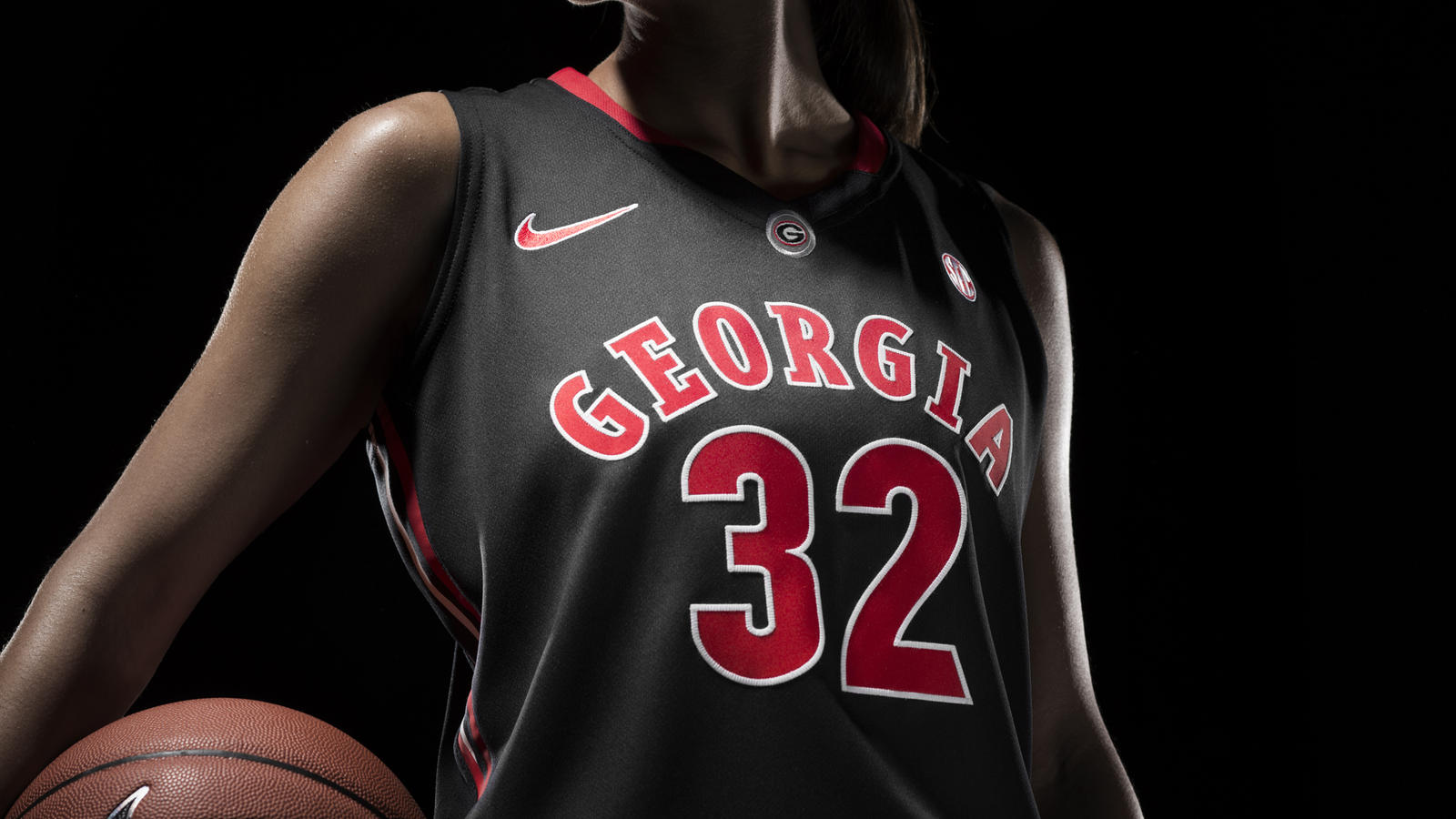 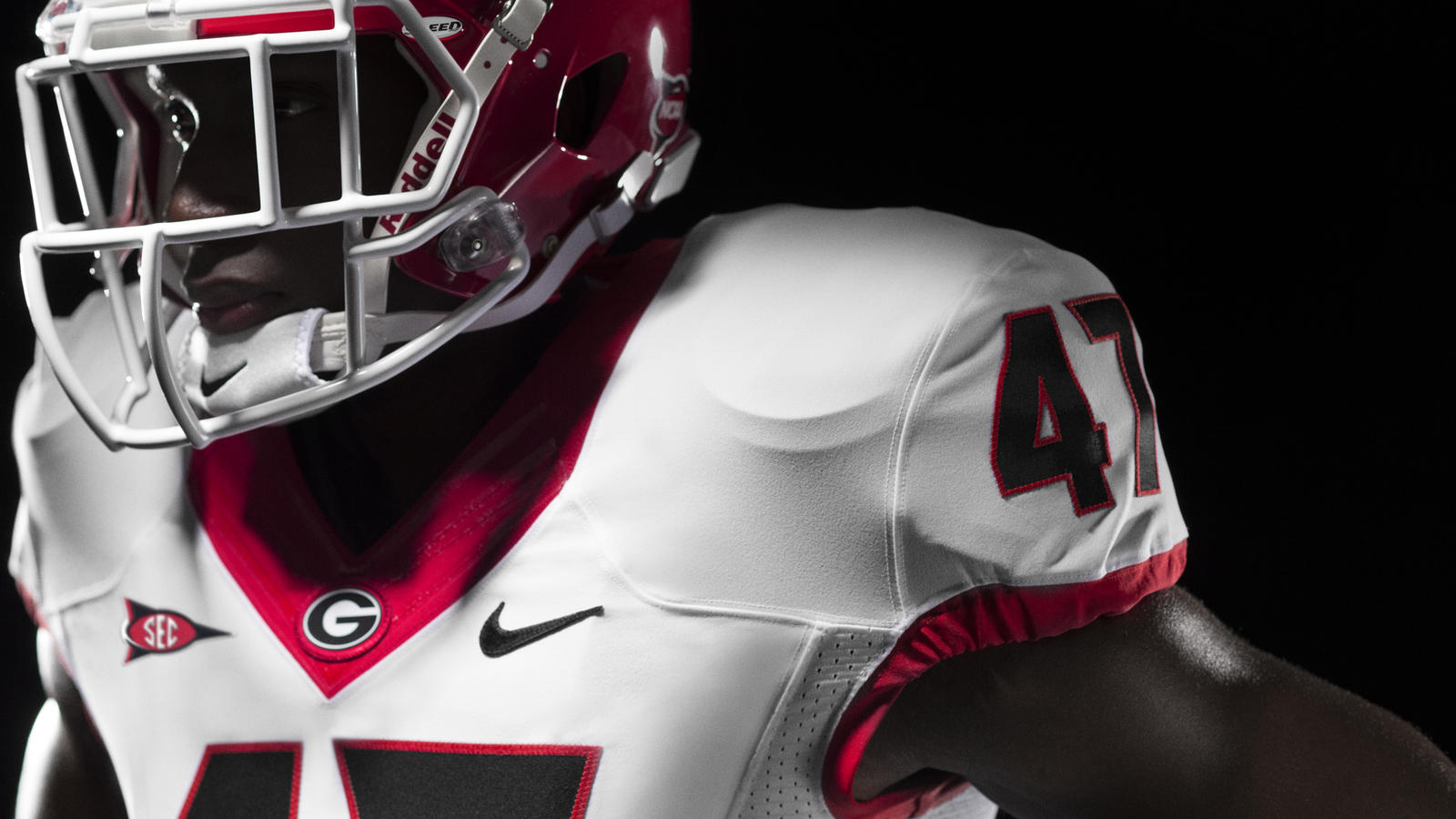 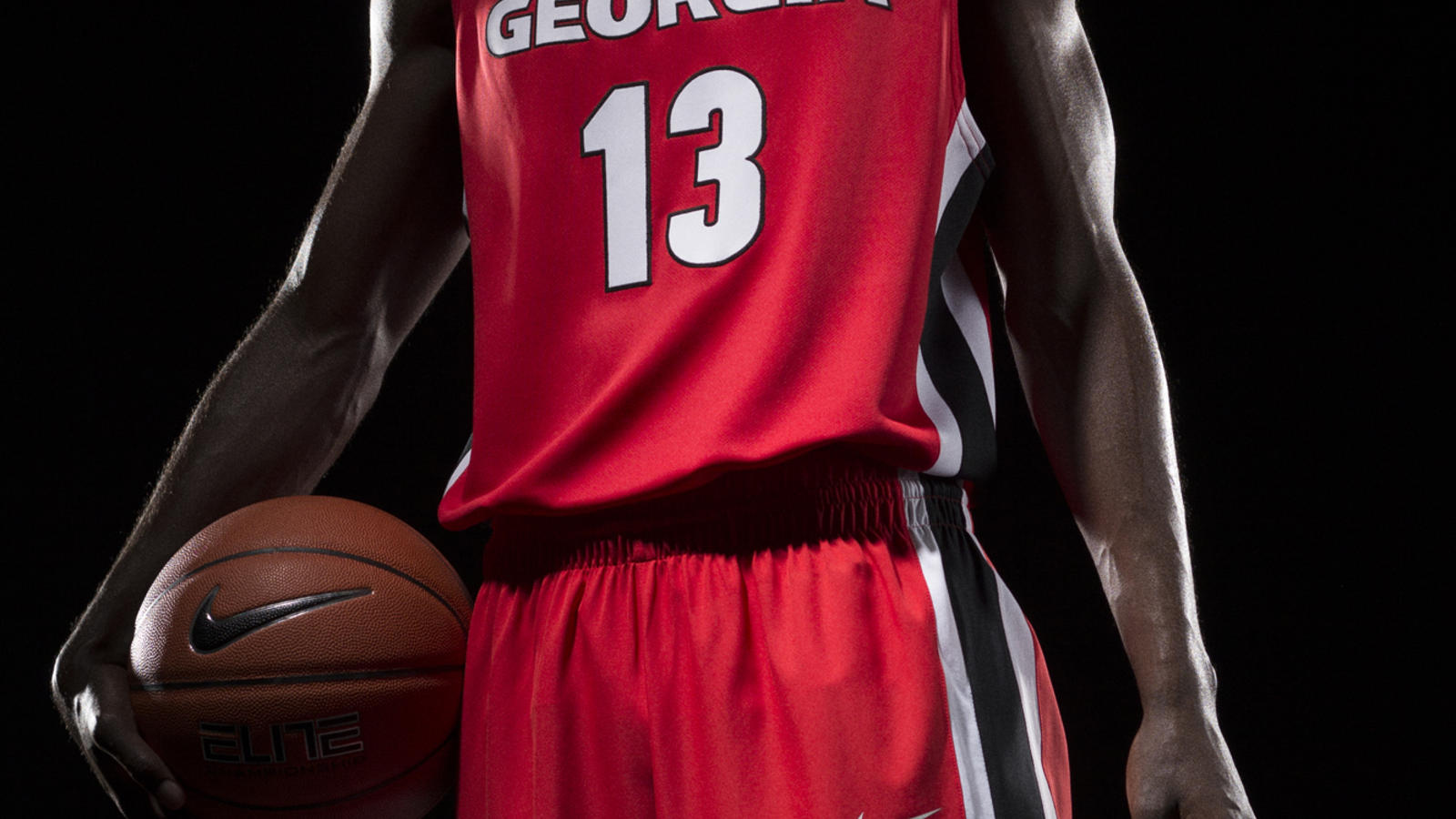 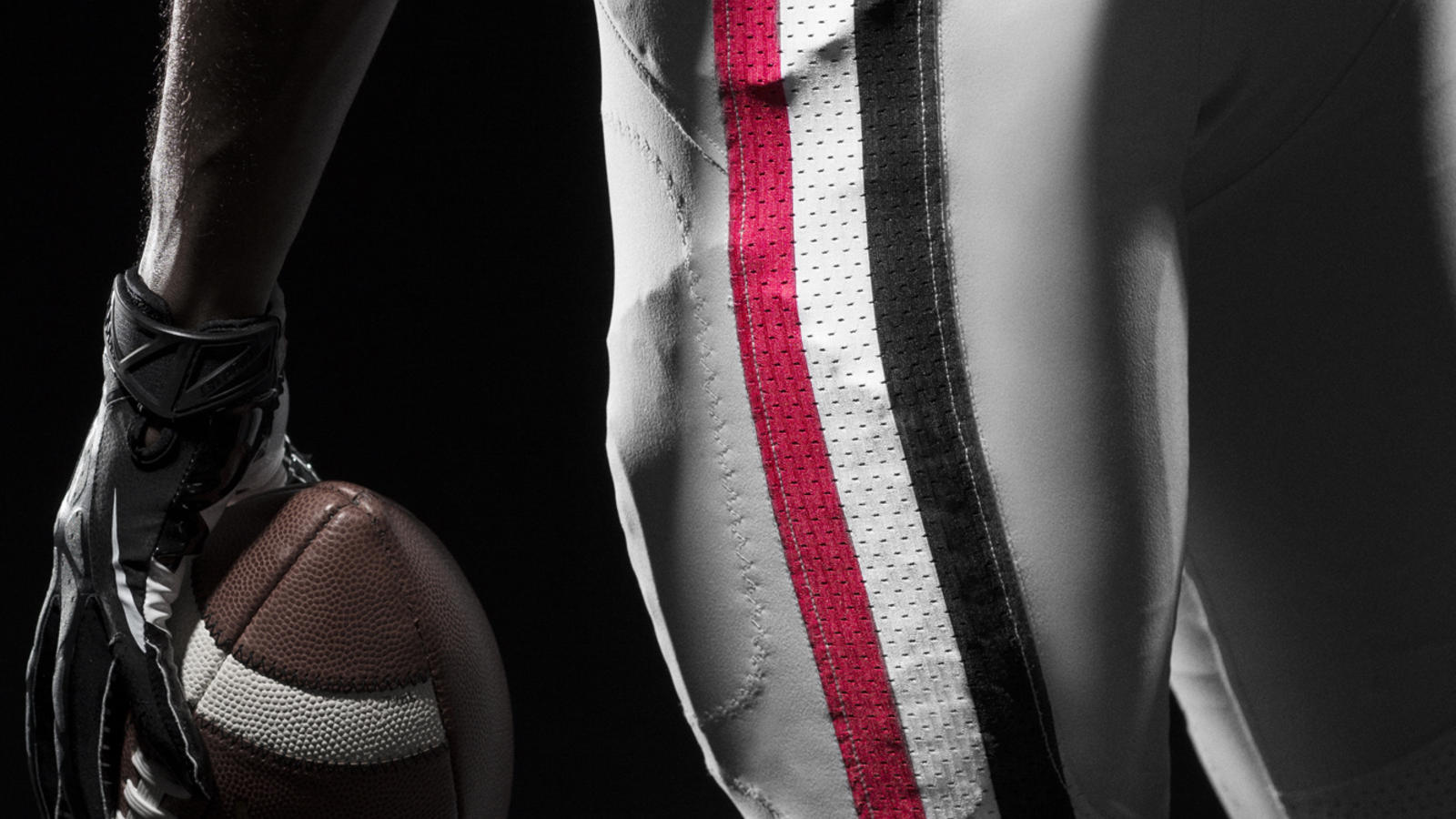 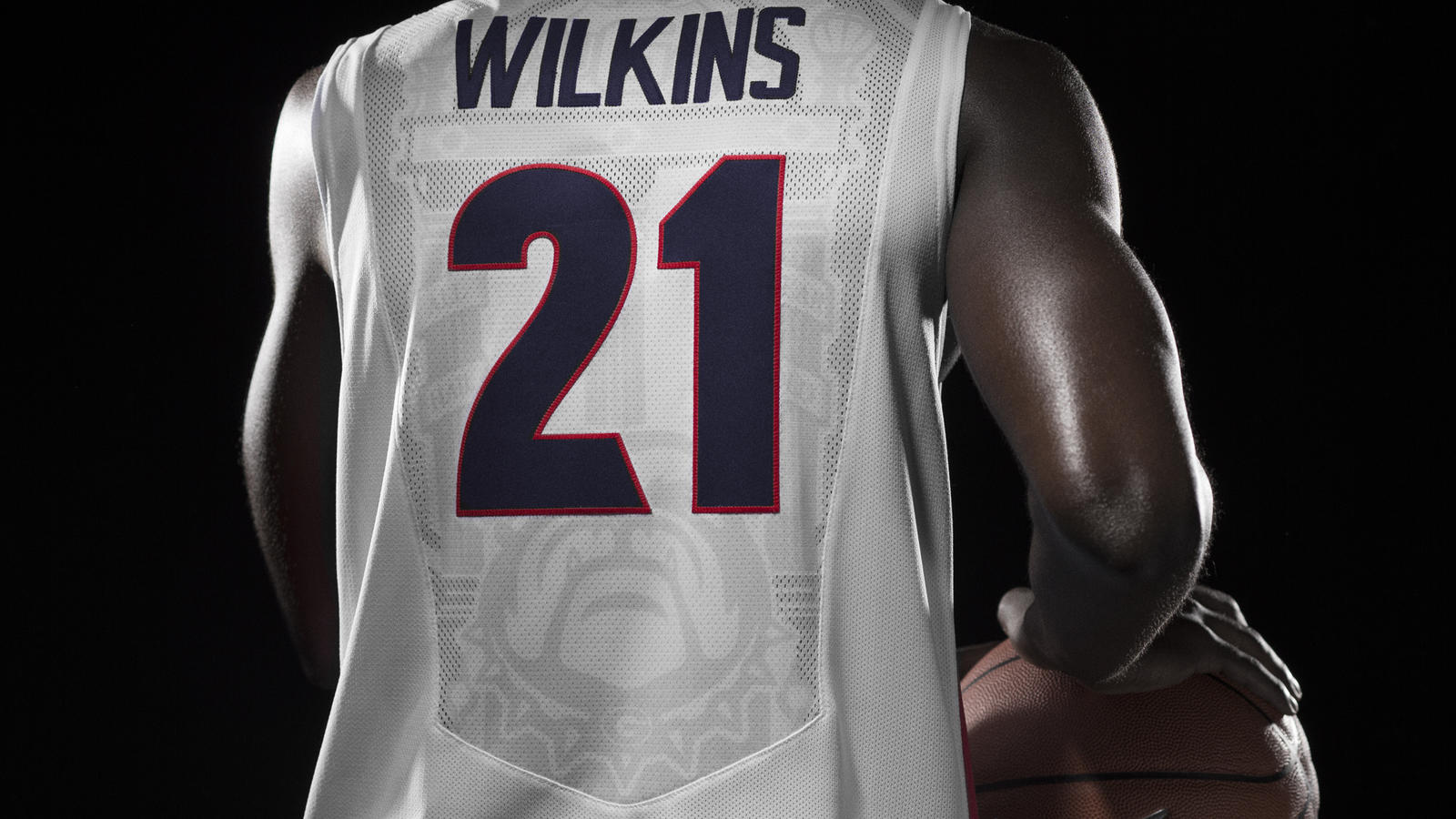 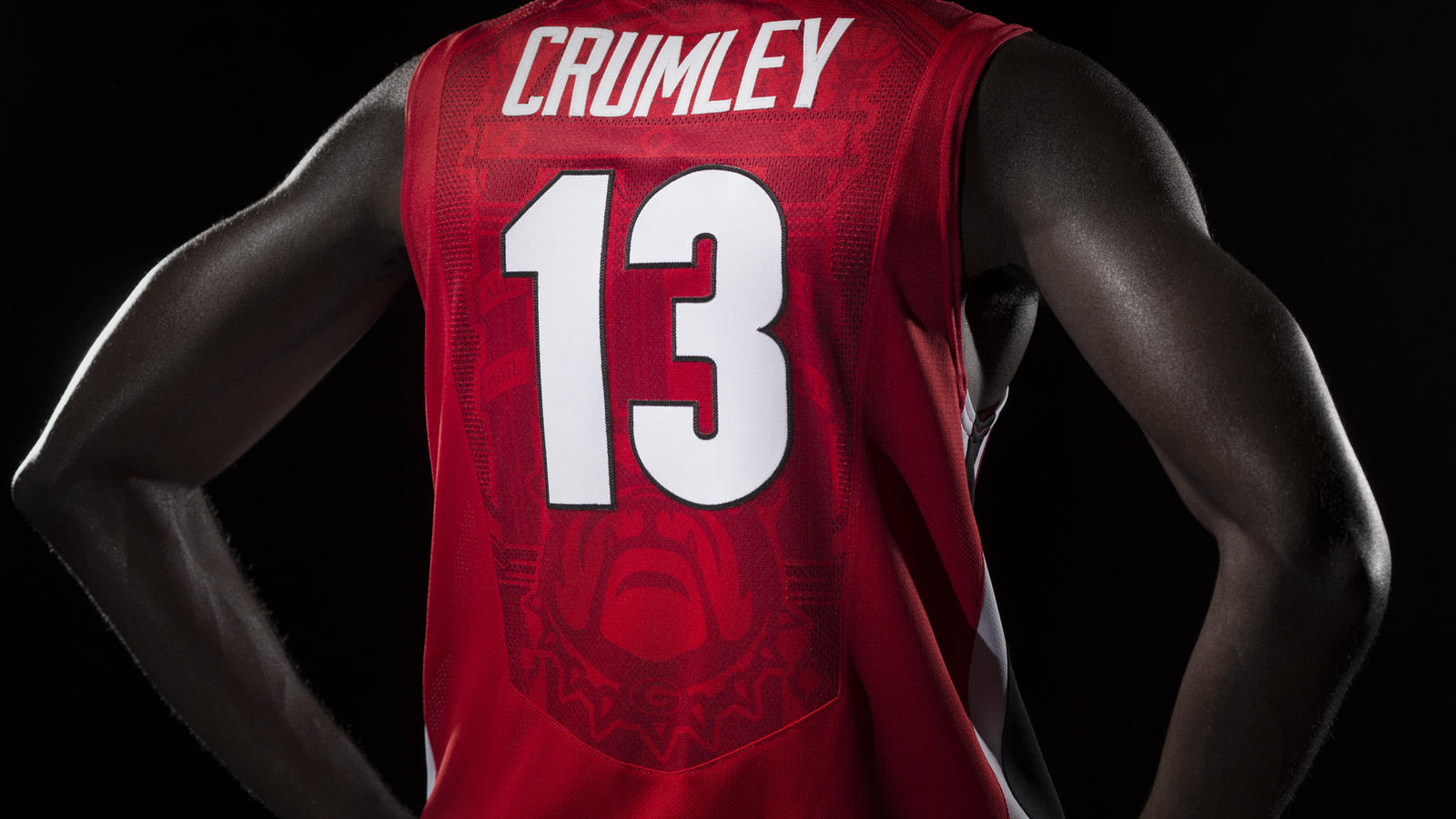 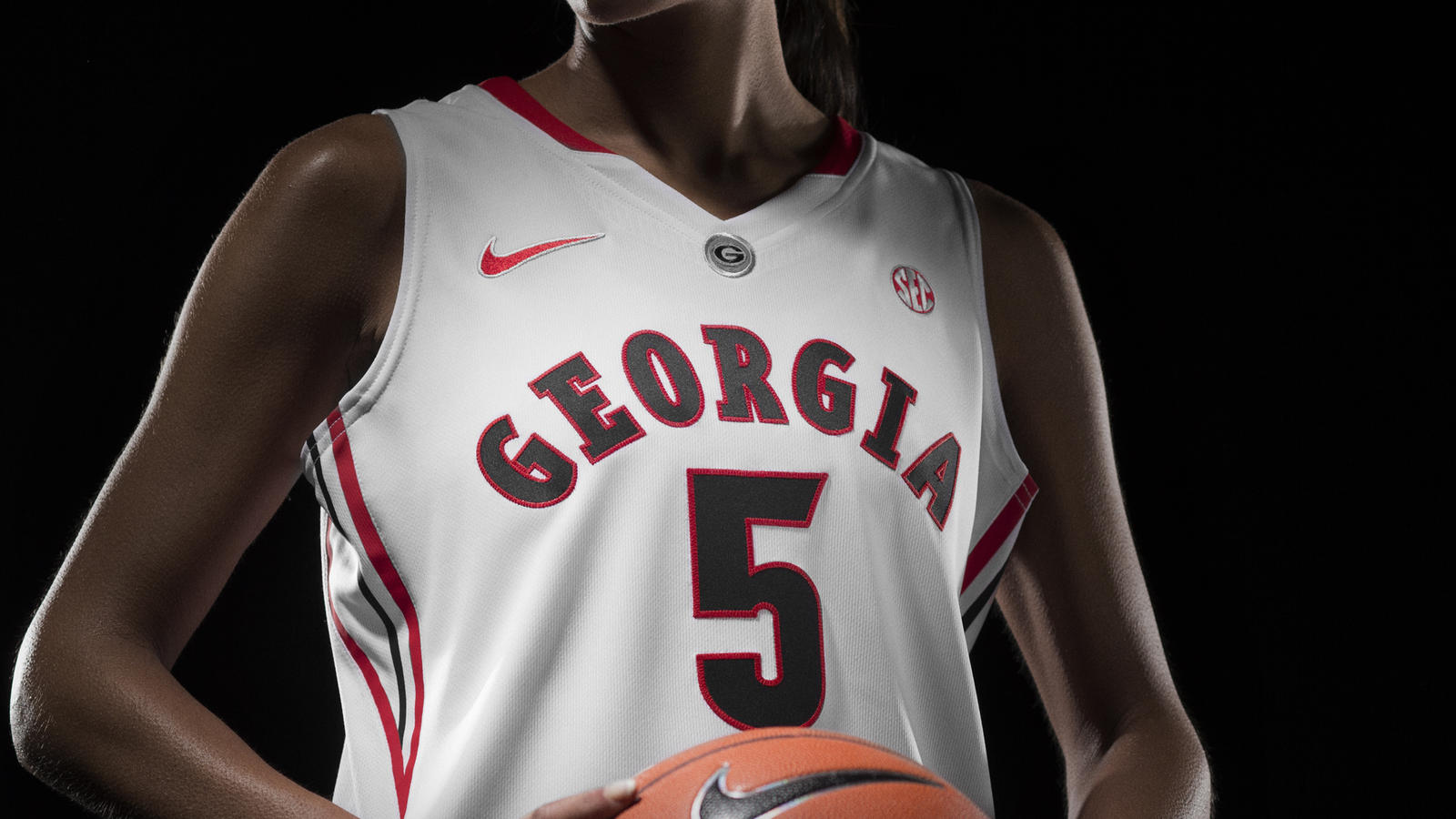 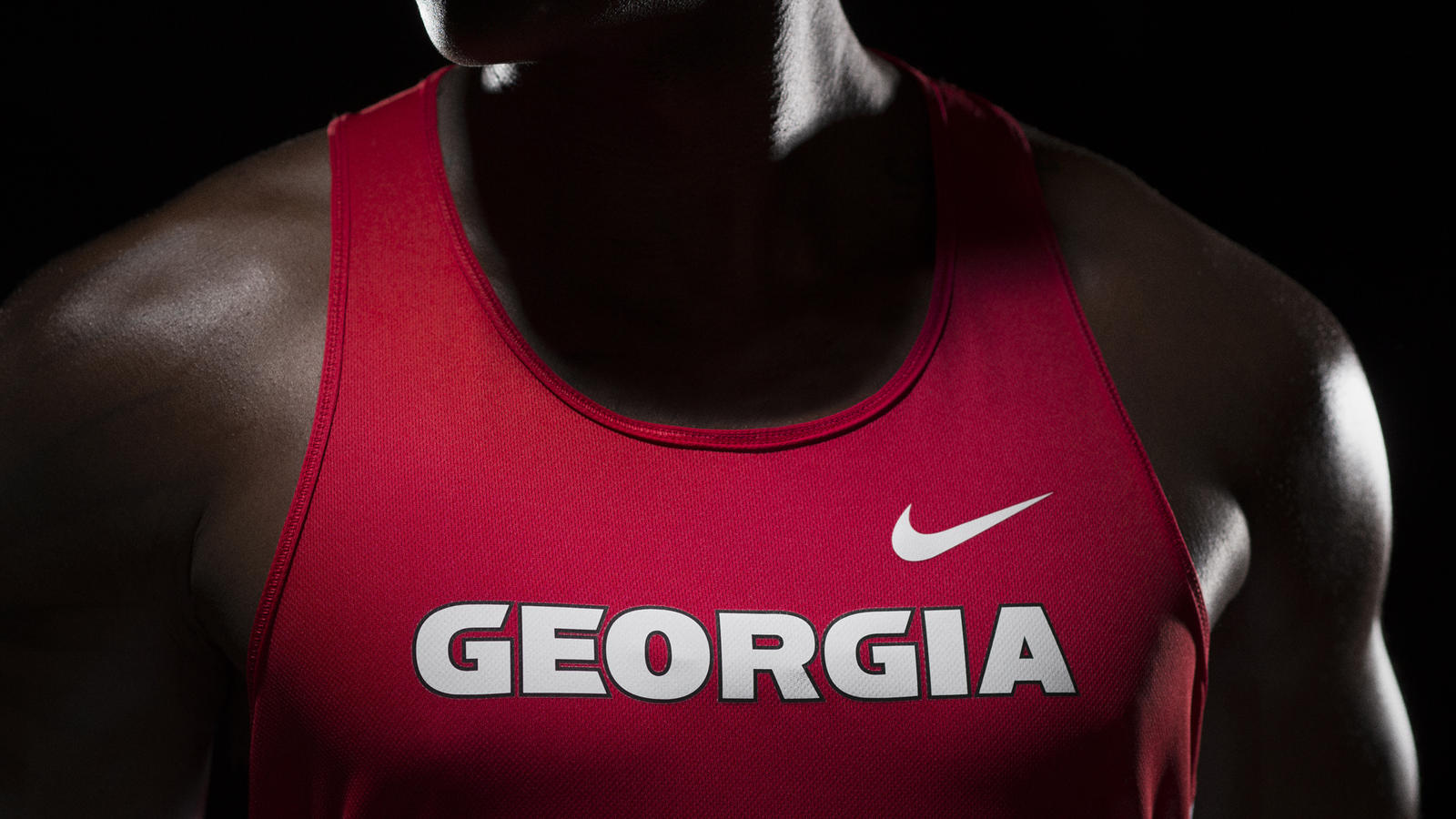 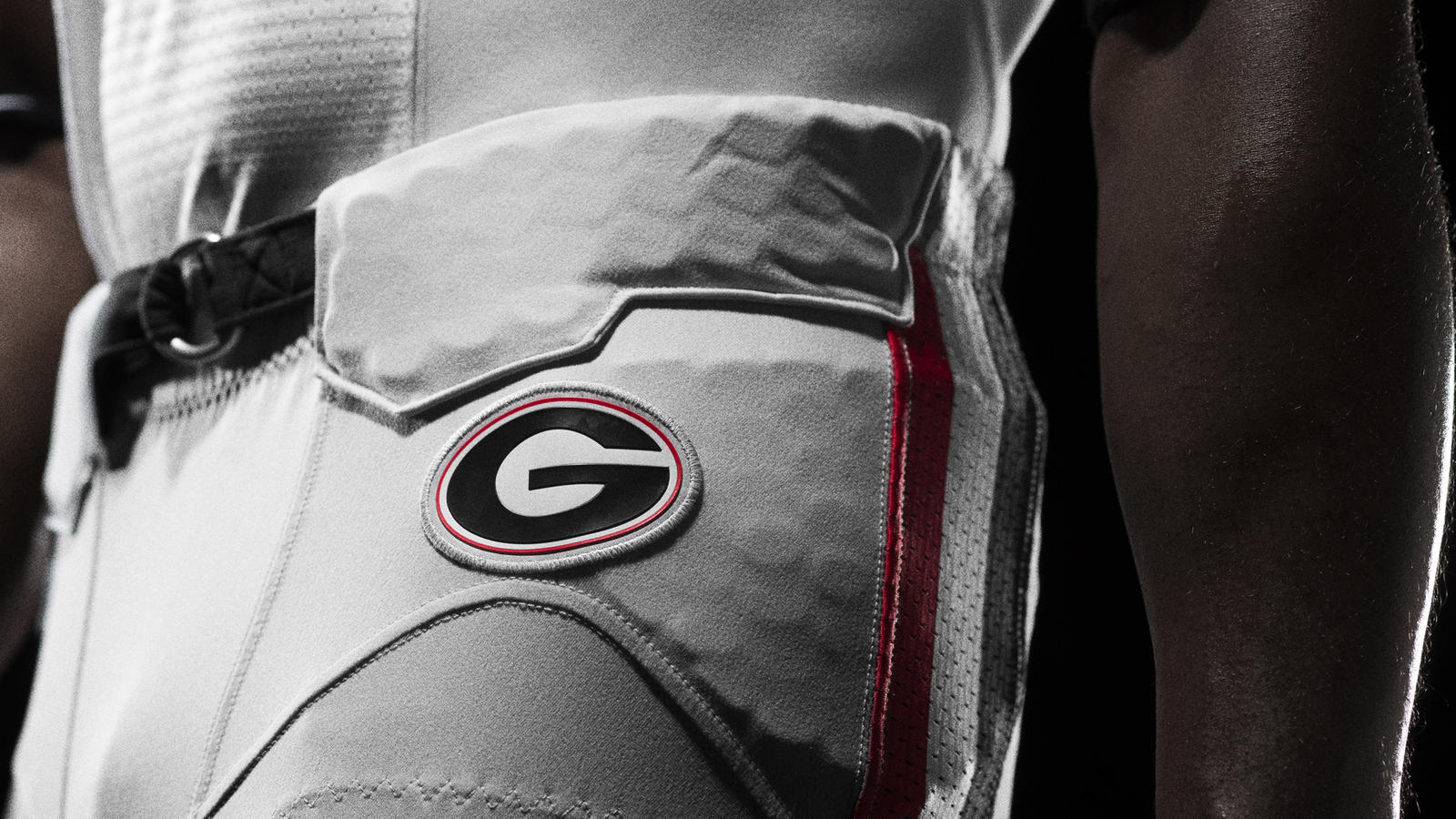 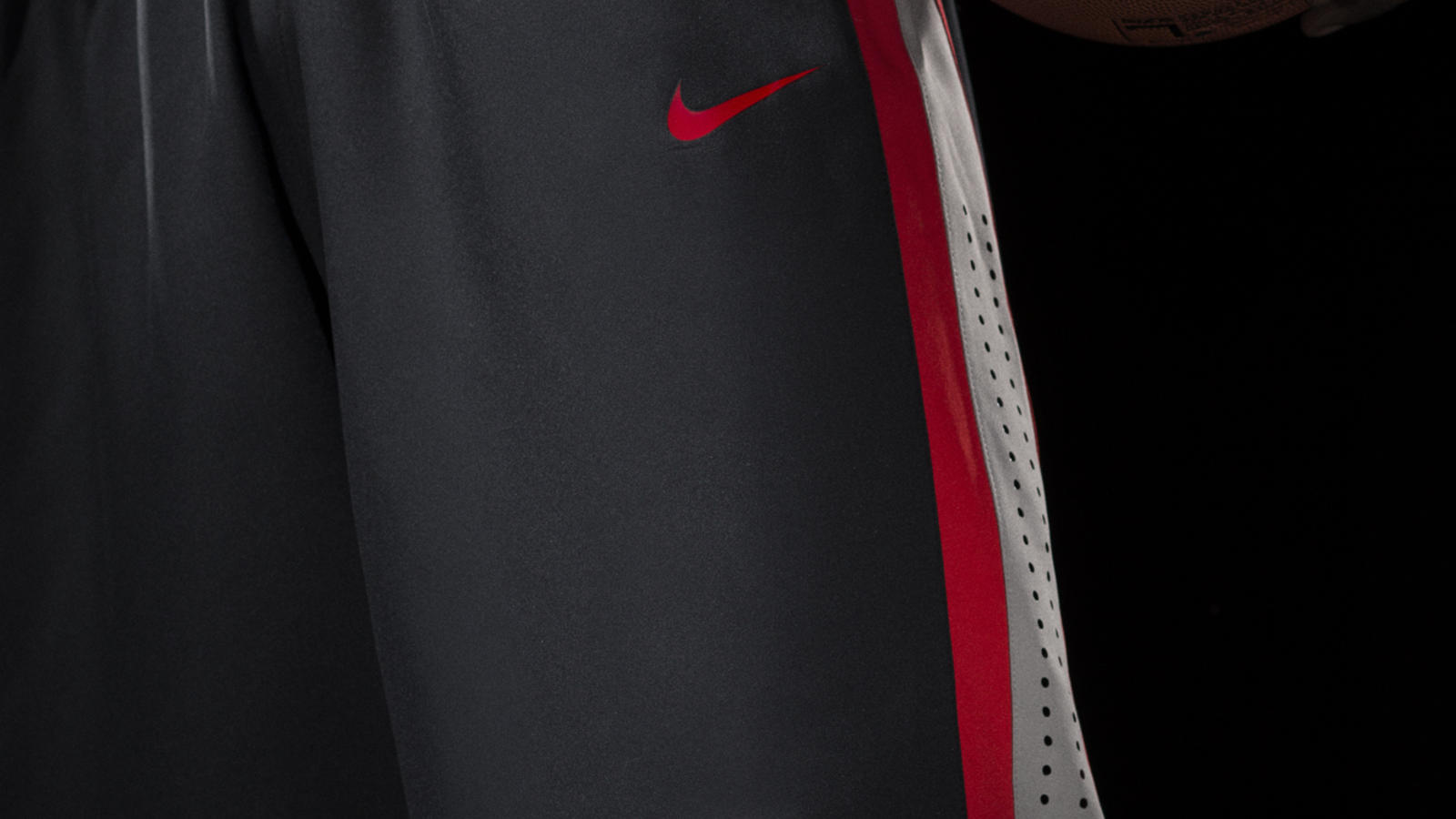 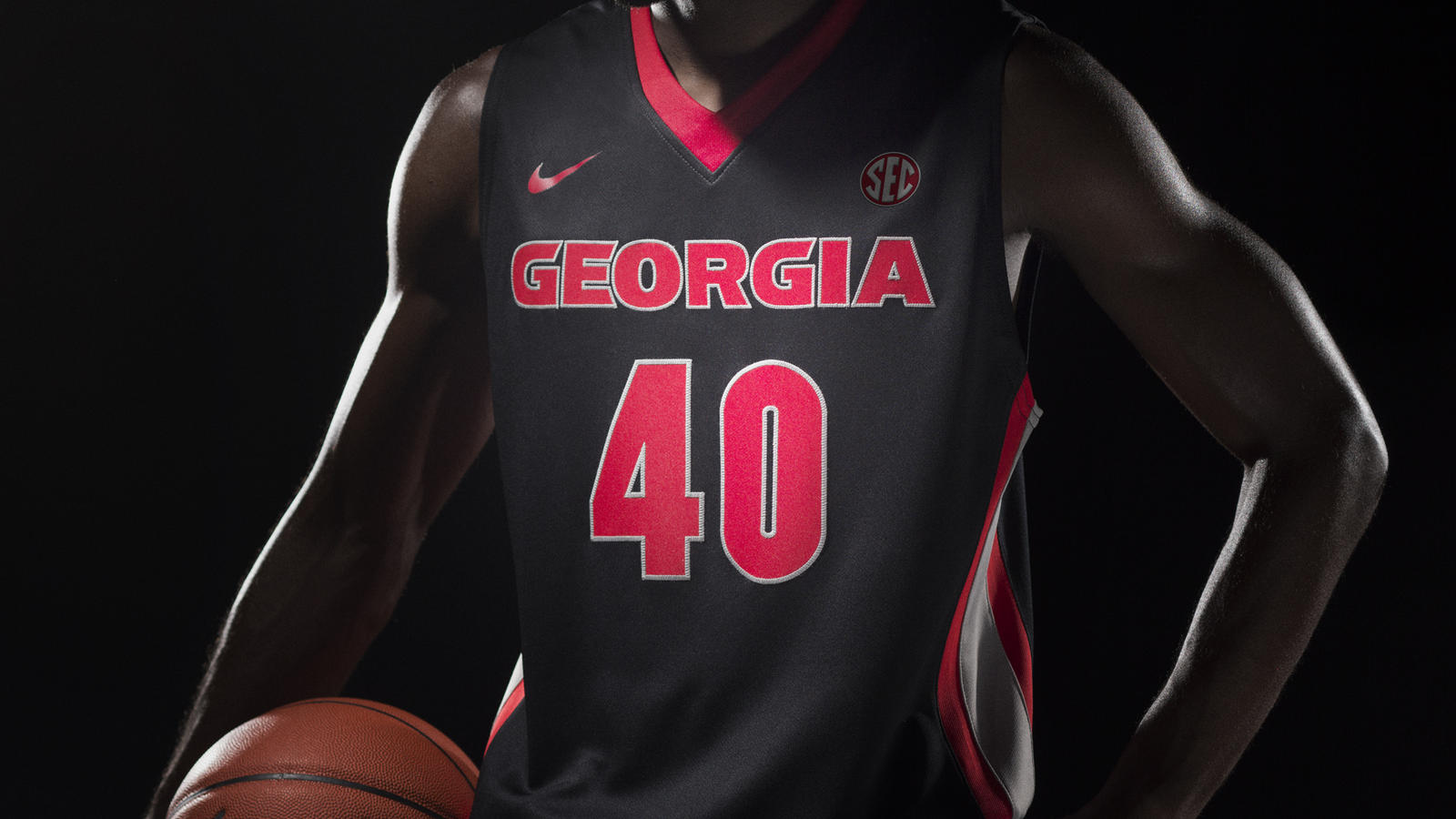 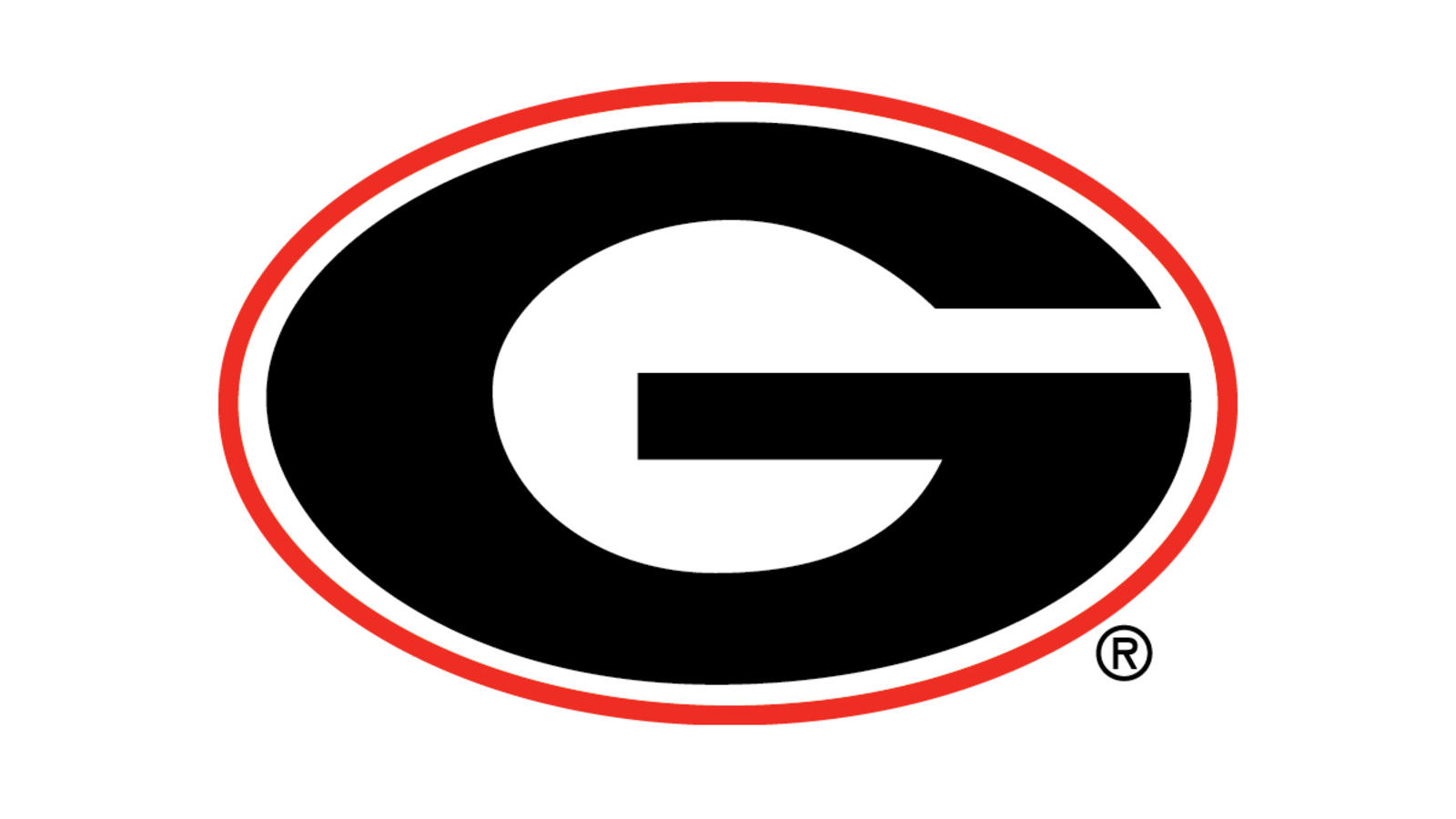 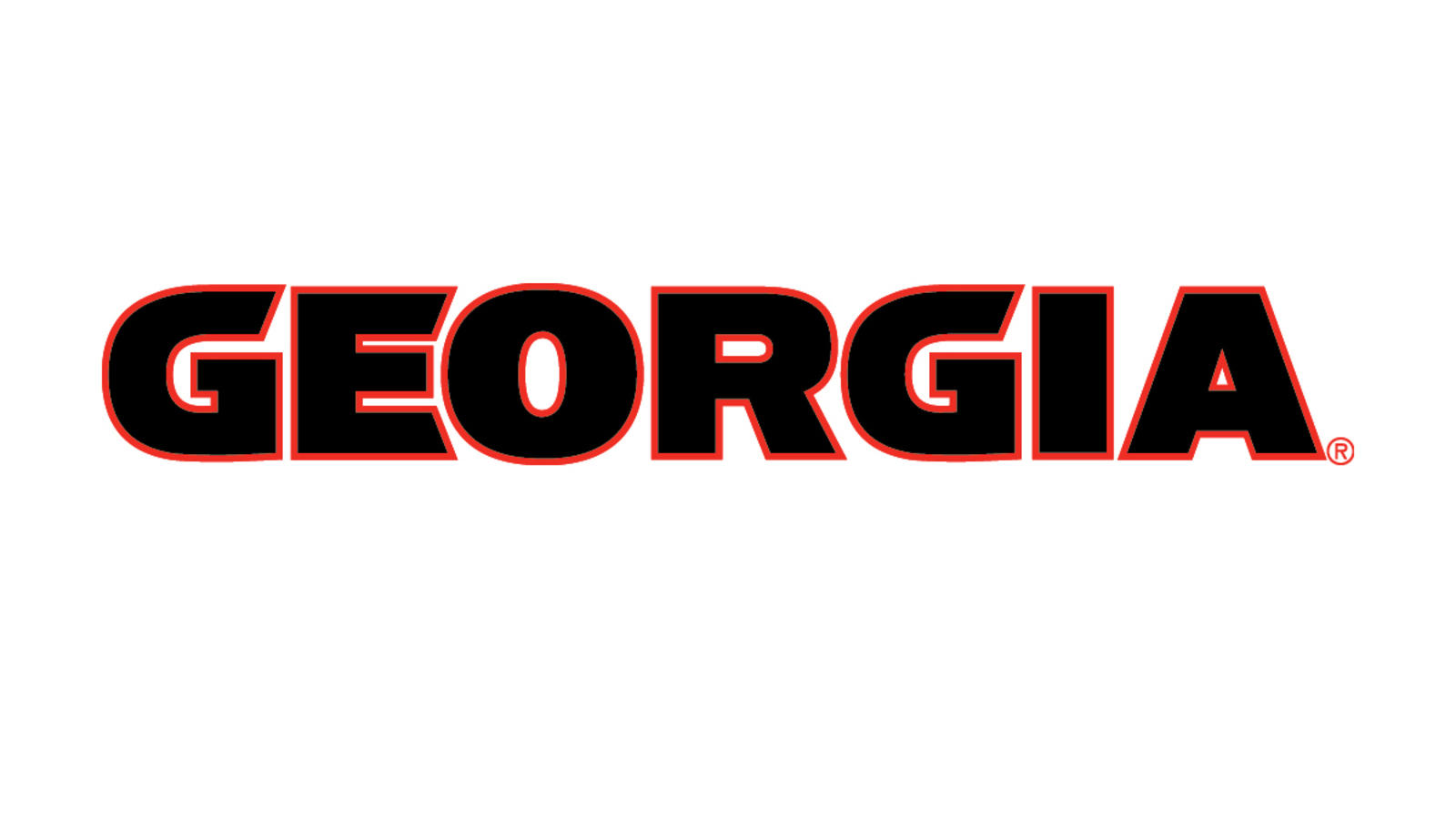 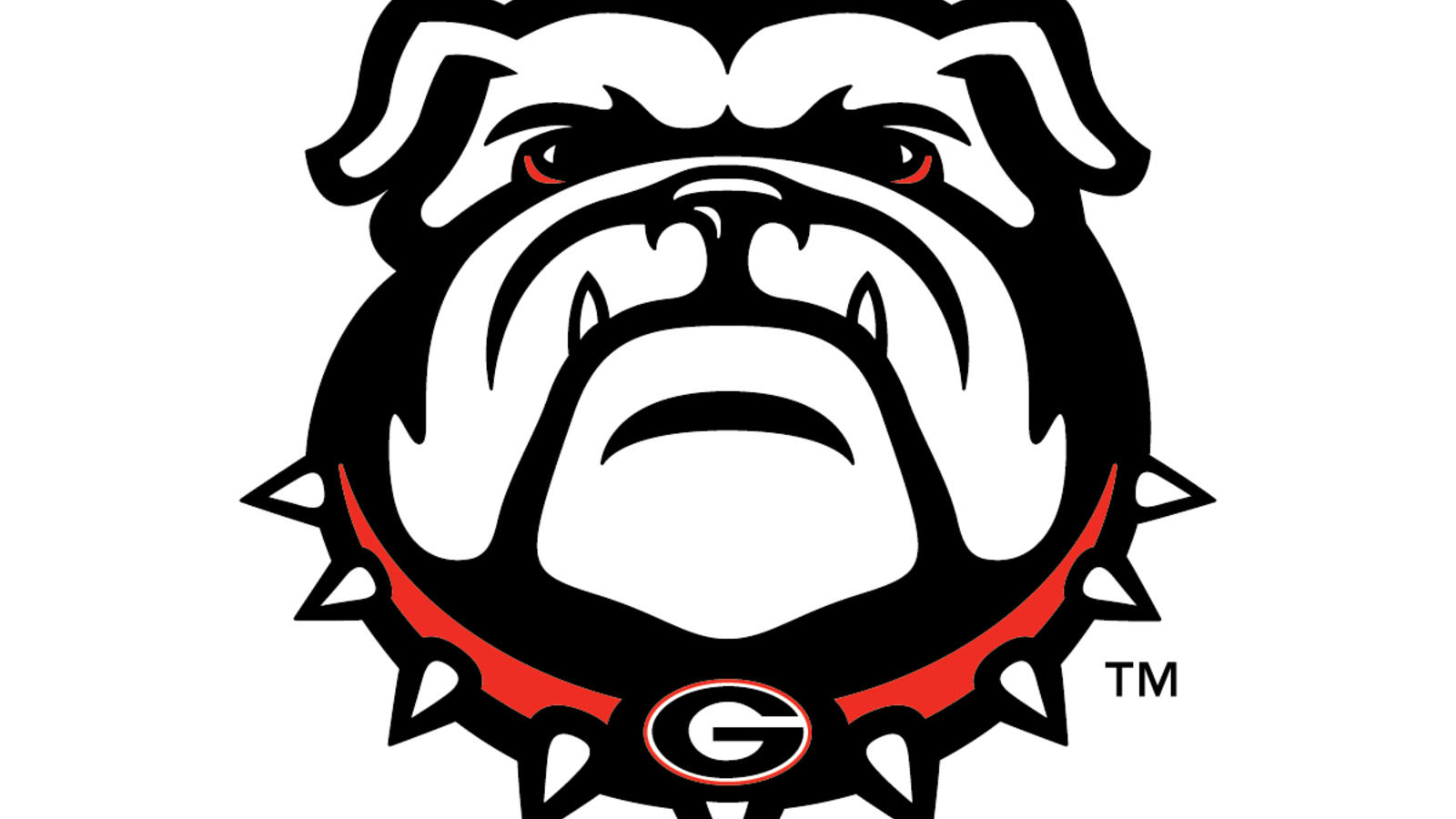 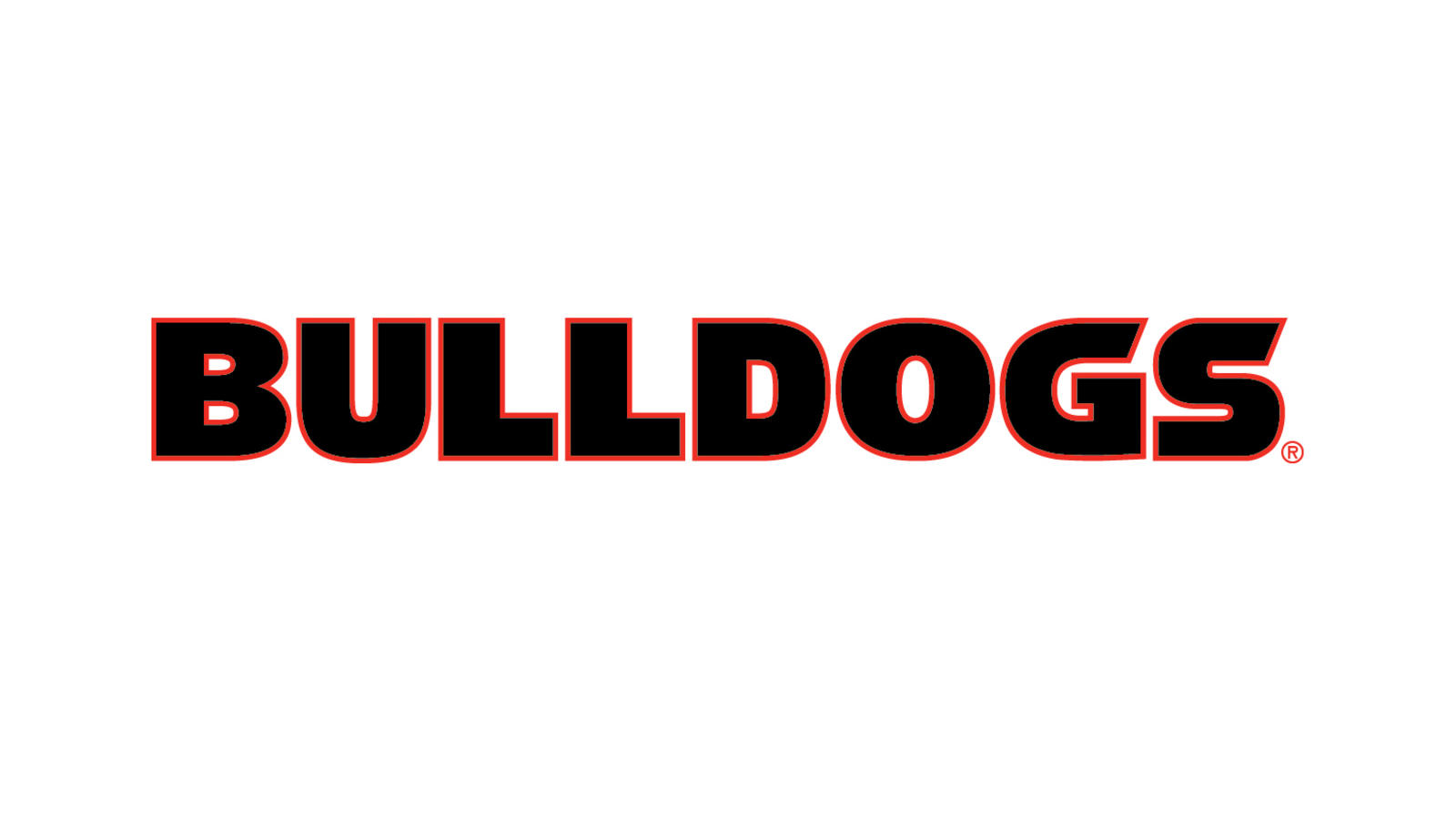 The University of Georgia Athletic Association, in partnership with Nike, has introduced a department-wide brand identity system designed to better define and distinguish what is already a nationally prominent collegiate brand.

The Georgia Athletic Association worked in close consultation with Nike over a 15-month period in order to develop an innovative and cohesive athletic brand identity that reflects the unique qualities of Georgia Athletics while promoting a consistent and unified look across all sports.

The updated identity prominently features and reaffirms the traditional Power "G" logo as the primary brand identity. The long-standing color palette of red, black, white and silver has been refined to allow for instant team identification. A newly-developed customized primary and secondary letter and number font will provide a consistent, distinctive look for all Bulldog athletics teams. The graphic "GEORGIA" and "BULLDOGS" wordmarks will become consistent visual symbols of the Georgia Athletics organization, and the Bulldog logo has been refined in order to reflect the strong, iconic characteristics of the animal itself as well as the spirit of The University of Georgia Athletics.

"We're excited about this program's visual guidelines, which embrace the history and tradition of Georgia Athletics and positions the Georgia brand to reach a continually expanding and evolving audience," said UGA Director of Athletics Greg McGarity. "This program will also bring a more consistent look to our logos, uniforms, field markings and other areas where our marks are displayed."

As part of the identity update, the Georgia football team, men's and women's basketball teams and track and field team uniforms will be revised to utilize consistent new fonts and numbers in competition for 2013-14. All other sport teams will phase in new uniform looks over the next two years.

The "G" logo is the primary representation of the brand and is used as the main identifying device for athletics. Reinforcement of the primary identity will build equity in Georgia Athletics. In primary or secondary colors, the "G" logo works across all media. The "G" logo is iconic and distinct. It signals a consistent foundation-maintaining brand equity while reinforcing brand leadership, confidence and reliability.

Georgia's "G" logo eventually replaced the old block "G" as the official UGA symbol and it has stood the test of time. The logo made its first appearance on the gridiron in the opening game in 1964 and was an immediate hit with the Georgia fans, especially after Dooley's first three teams were so successful-highlighted by the 1966 SEC Championship.

Georgia's mascot dates to 1920 and the school's first president Abraham Baldwin, who was a Yale man (the early buildings on campus were designed from blueprints of the same buildings at Yale). On Nov. 3, 1920, Morgan Blake of the Atlanta Journal wrote about school nicknames: "The Georgia Bulldogs would sound good because there is a certain dignity about a bulldog, as well as ferocity." On Nov. 6, 1920, Atlanta Constitution writer Cliff Wheatley used the name "Bulldogs" in his story five times. The name has been used ever since.

Uga remains one of the best known mascots in the country. The current line began with Uga I, a solid white English Bulldog, the grandpup of a former Georgia mascot who made the trip to the 1943 Rose Bowl. Over the centuries, dogs used for bull-baiting developed stocky bodies and massive heads which typify the breed. The logo is strong, iconic and ferocious, accurately reflecting characteristics of the animal itself as well as the spirit of Georgia Athletics.

Type tells a story. The right typeface, used consistently, builds character. The custom font fuses modern foundational forms with universal functionality. To assist in creating a cohesive look for a wide variety of athletic communications, a custom display typeface and numeral set has been designed as an enhancement to the overall identity.

The letterforms are sturdy and powerful, drawing inspiration from the bulldog's anatomy as well as the most notable North Campus fixture-The Arch. The famous cast-iron Arch has become a symbol of the University of Georgia. Patterned after the arch on Georgia's state seal, it was installed in the 1850s when the front of the campus was enclosed with an iron fence.

When it comes to communicating the Georgia Athletics brand, color is essential. Under the program, consistent color configurations using Georgia's primary and secondary colors can be expanded analogously to build harmonious color palettes and complementary pairings.

Silver britches were an innovation of Coach Wally Butts, who took over as head coach in 1939. The phrase really caught on in the early fifties with a cheer, banners and colorful vests that proclaimed, "Go, You Silver Britches." Coach Vince Dooley redesigned the uniform when he arrived in 1964 and used white pants. He reinstated the silver britches in 1980 just before what turned out to be Georgia's national championship season.