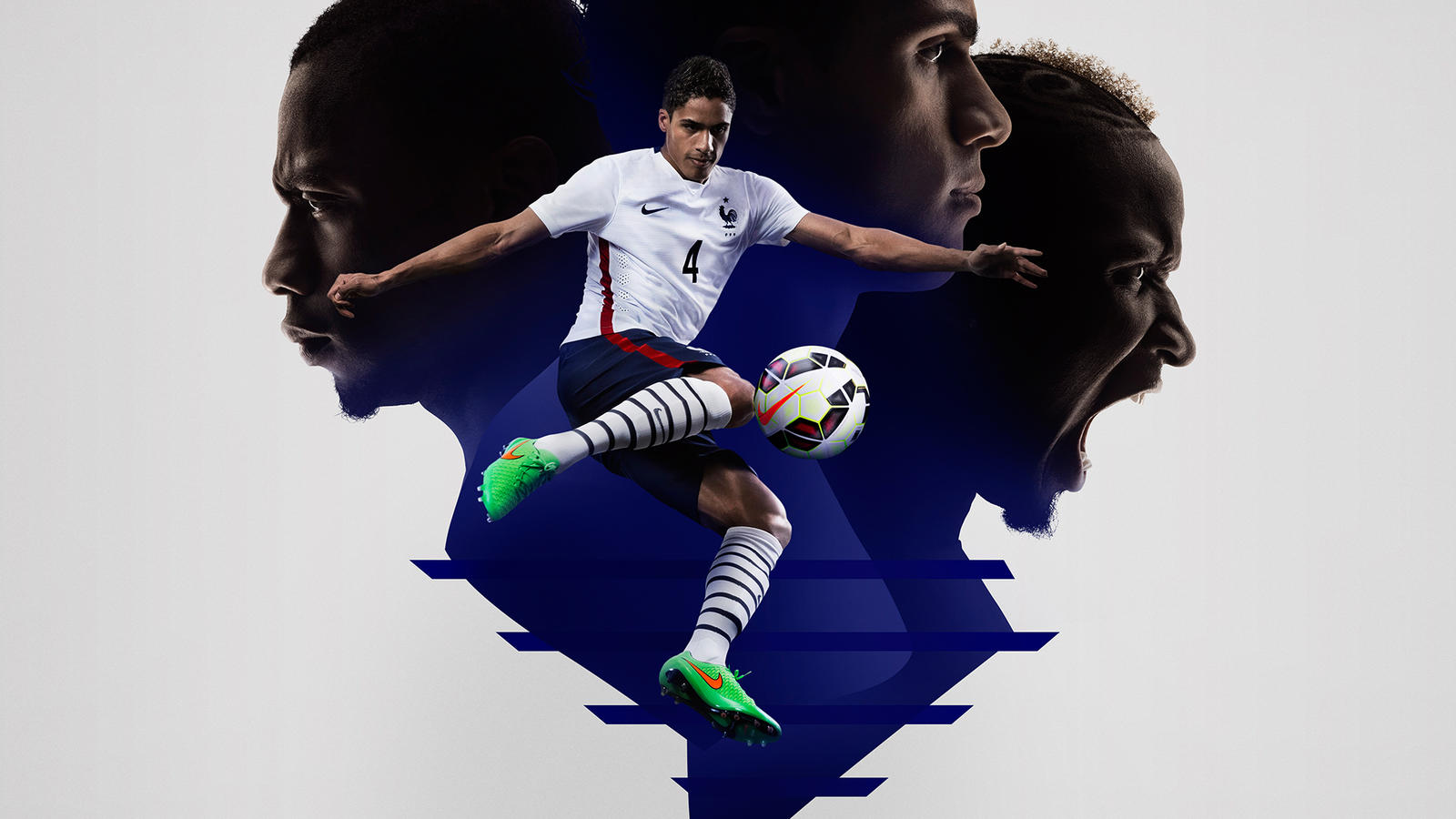 The French Football Federation will play in a new away kit subtly infused with their inherent national pride and renowned style and elegance.

The French boast a unique allure, and always seek to play with elegance and unpredictable creativity.

The new away shirt is white and features an understated drop needle tonal series of marinière stripes on the body and sleeves.

The marinière is a classic and celebrated French design first worn by the French Navy before being famously adopted by many of France’s leading fashion houses and designers.

The three colors of the French national flag all appear in the kit. A red stripe stretches along each side of the shirt and connects with a red stripe on each side of the shorts. When players are in motion, the stripe moves to accentuate the contours of the athletes’ bodies and provide a real sense of speed.

The shirt continues to feature the new cockerel inspired by the crest France wore at the 1958 World Cup. The ultimate symbol of French pride, the crest has also been elevated with intricate bullion hand embroidery to give the cockerel’s feathers a more luxurious look.

The shirt also boasts a new Nike-specific streamlined, clean and modern V–neck collar in white with a blue band at the back.

The inside of the back of the neck includes a small pennant proudly featuring the red, white and blue colors of France’s tricolor national flag. 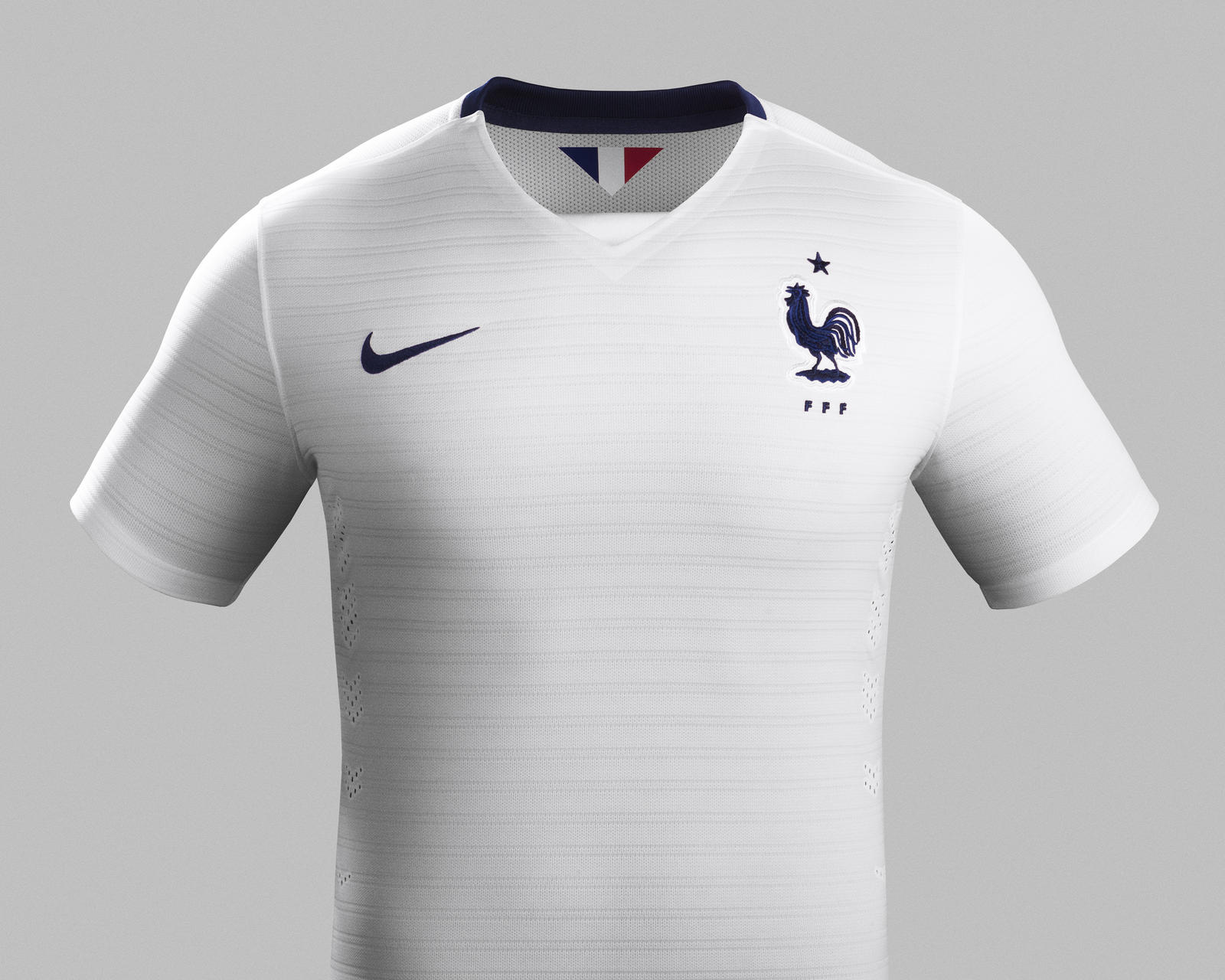 Mesh across the entire back of the shirt helps increase ventilation for the French players and keep them even drier, cooler and more comfortable on the pitch. The unique font of the numbers and names was created to reflect France’s avant-garde style and innovative spirit.

The new away shorts are in traditional blue with a red stripe along both sides that continues from the shirt. The away socks are white with six equally spaced blue bands.

The new away kit will be available in stores and at nike.com starting March 24. 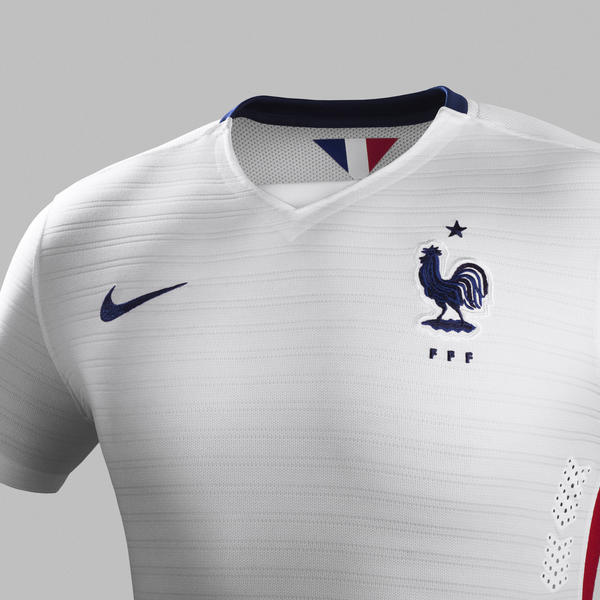 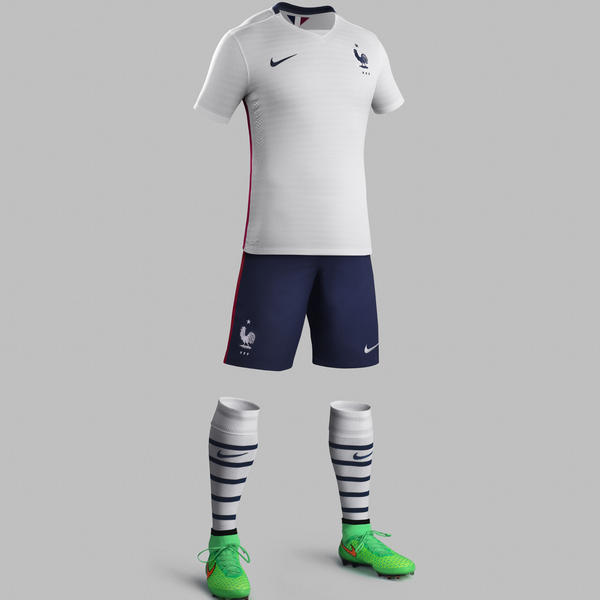 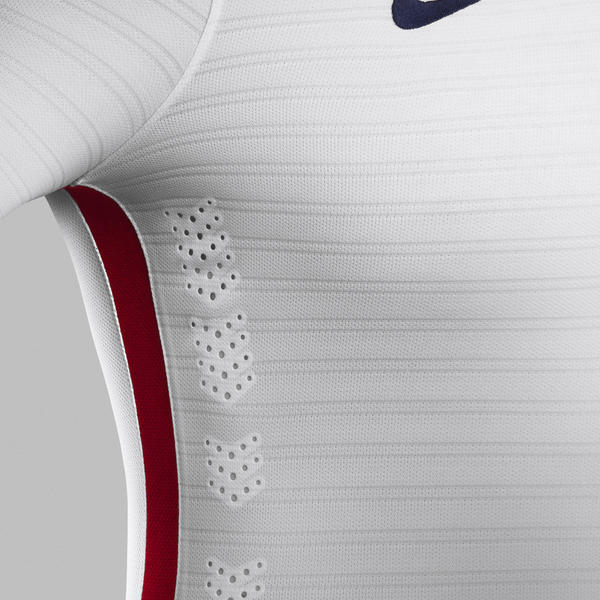