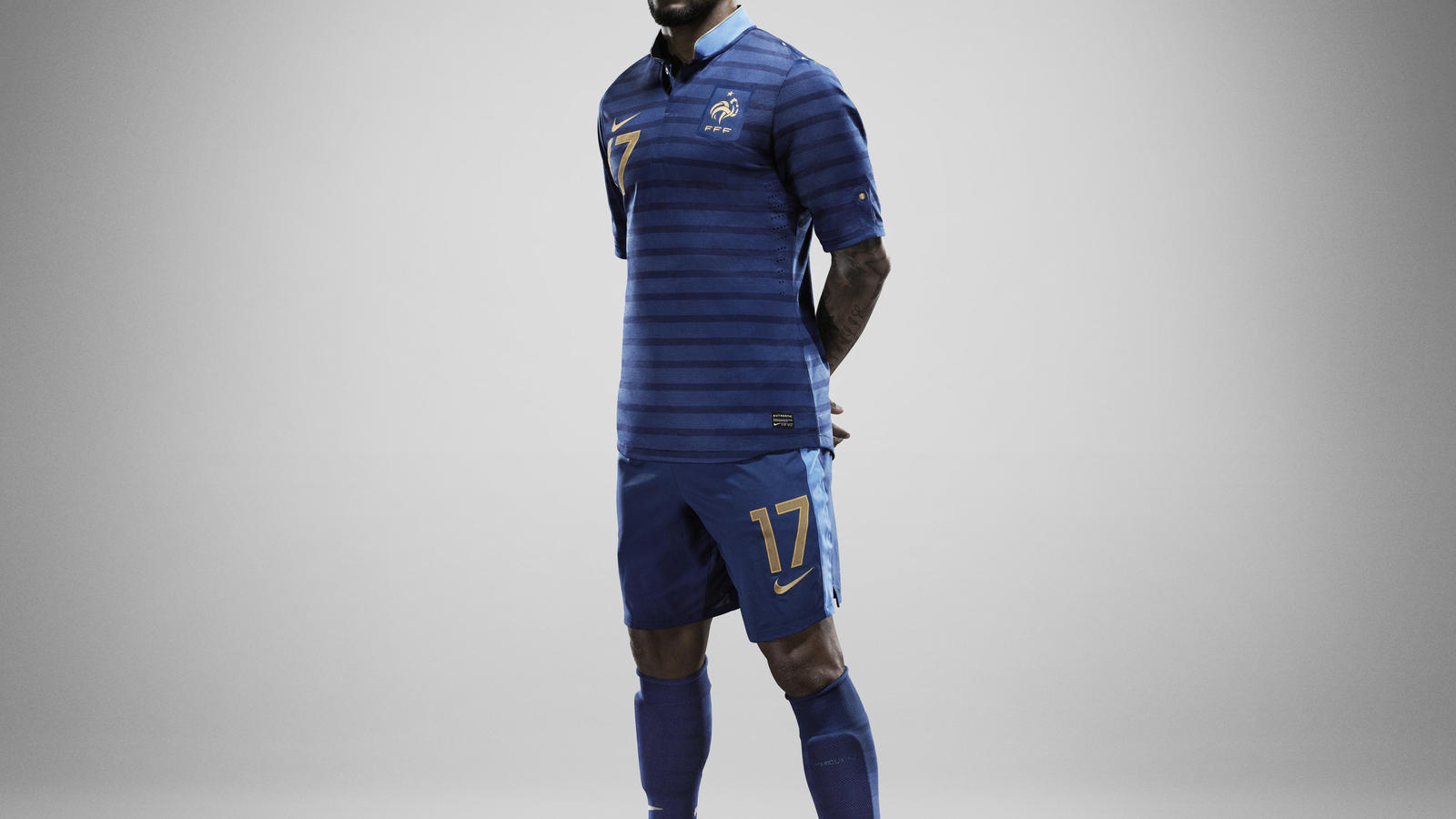 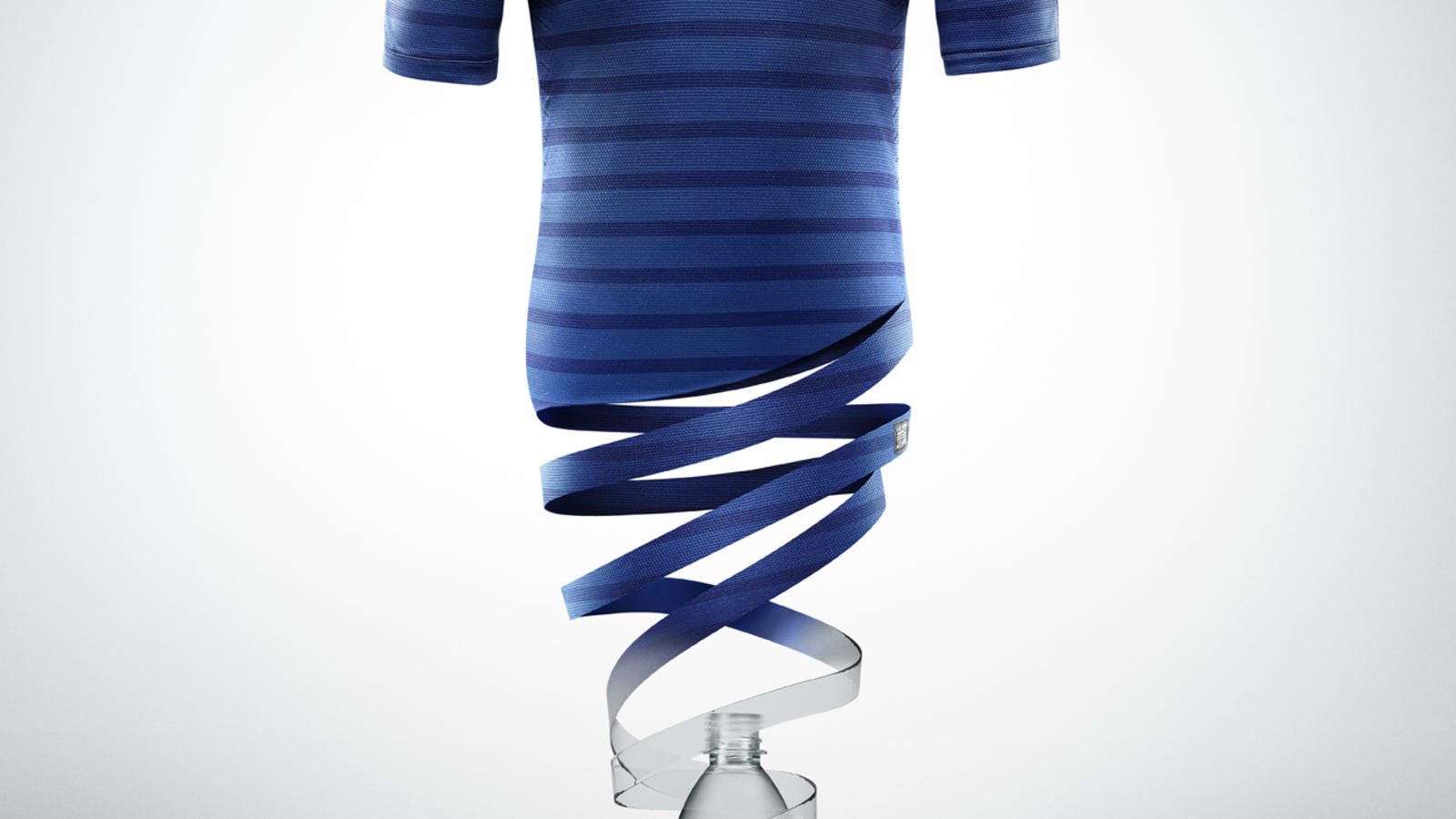 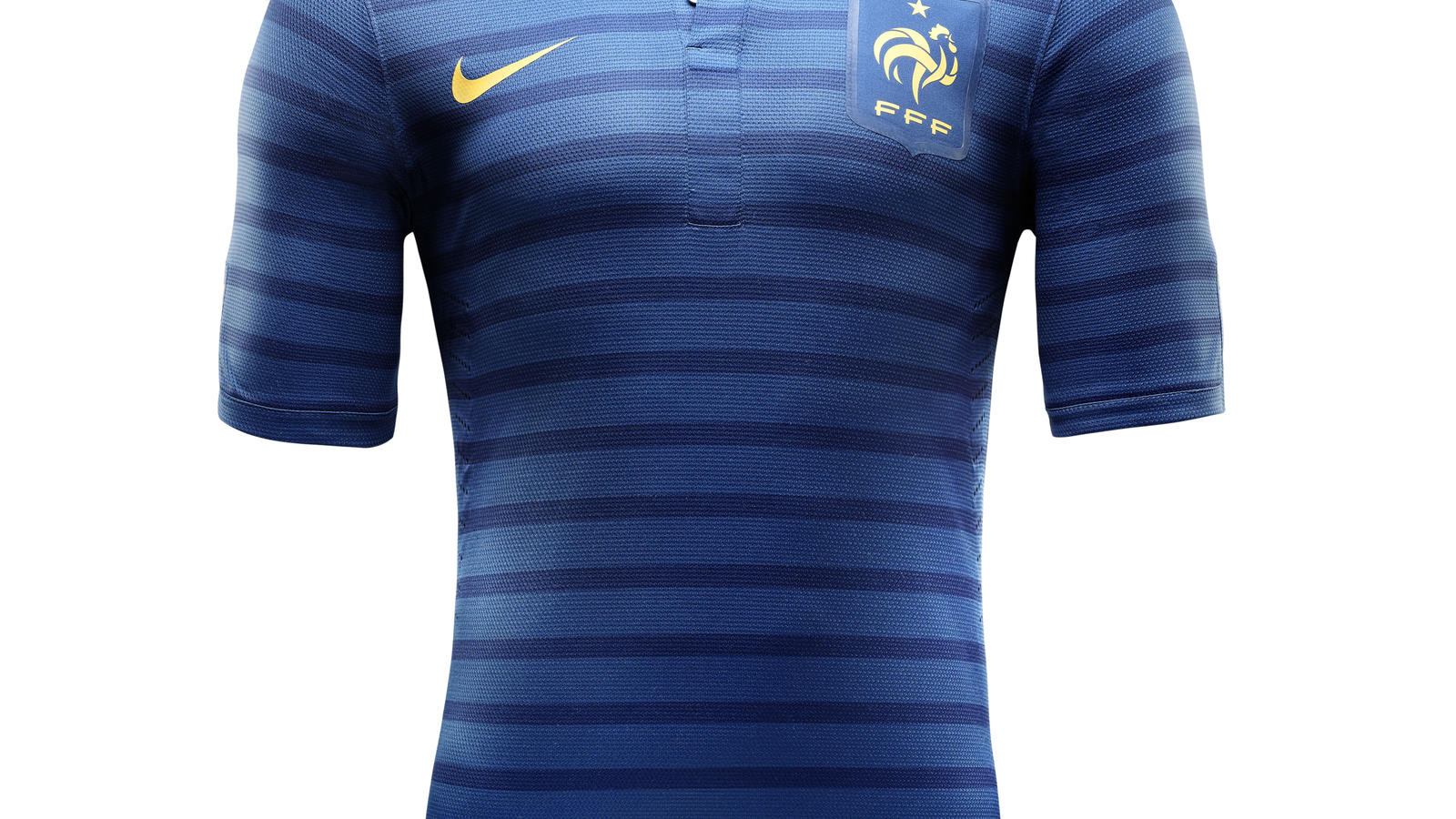 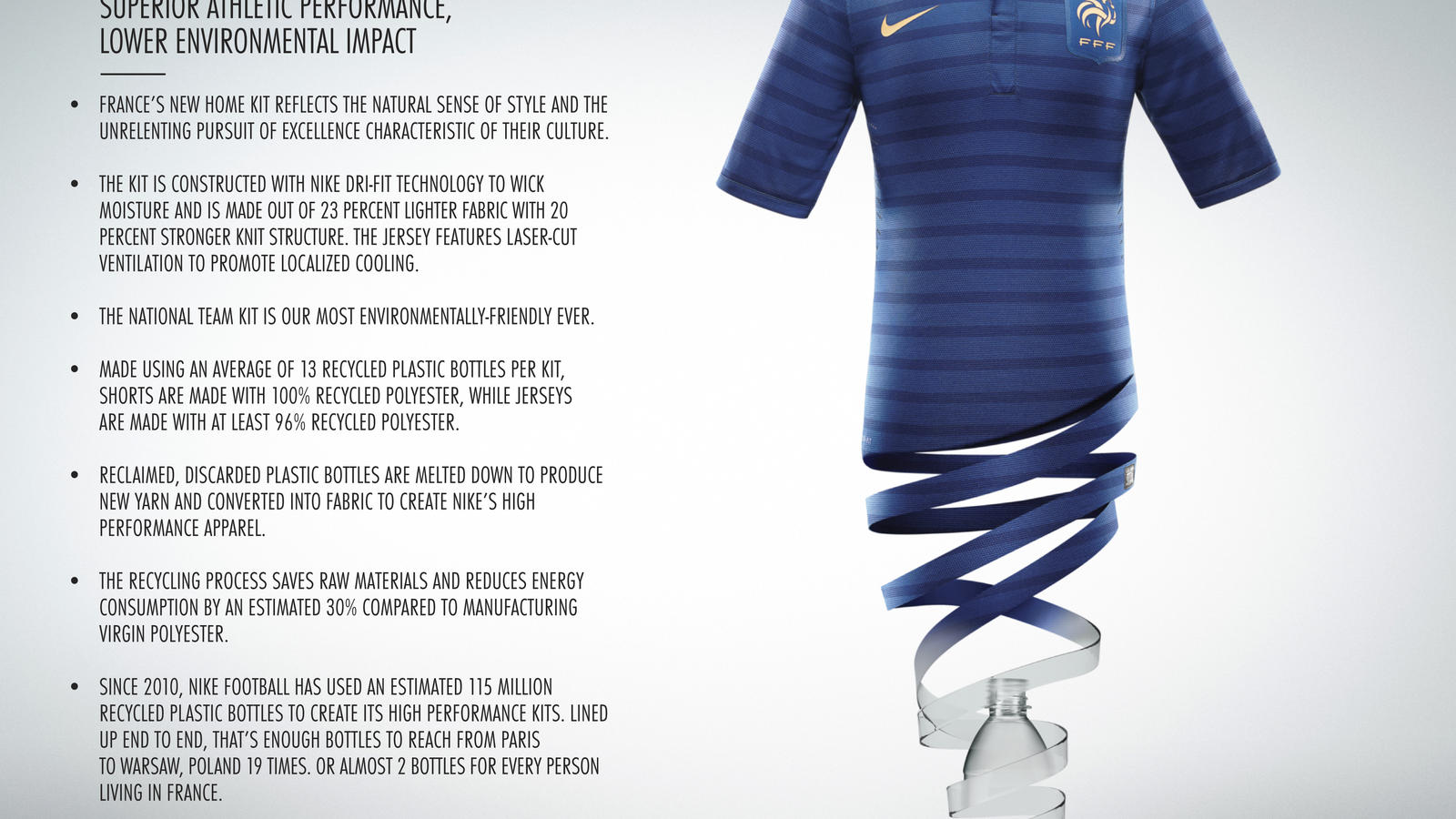 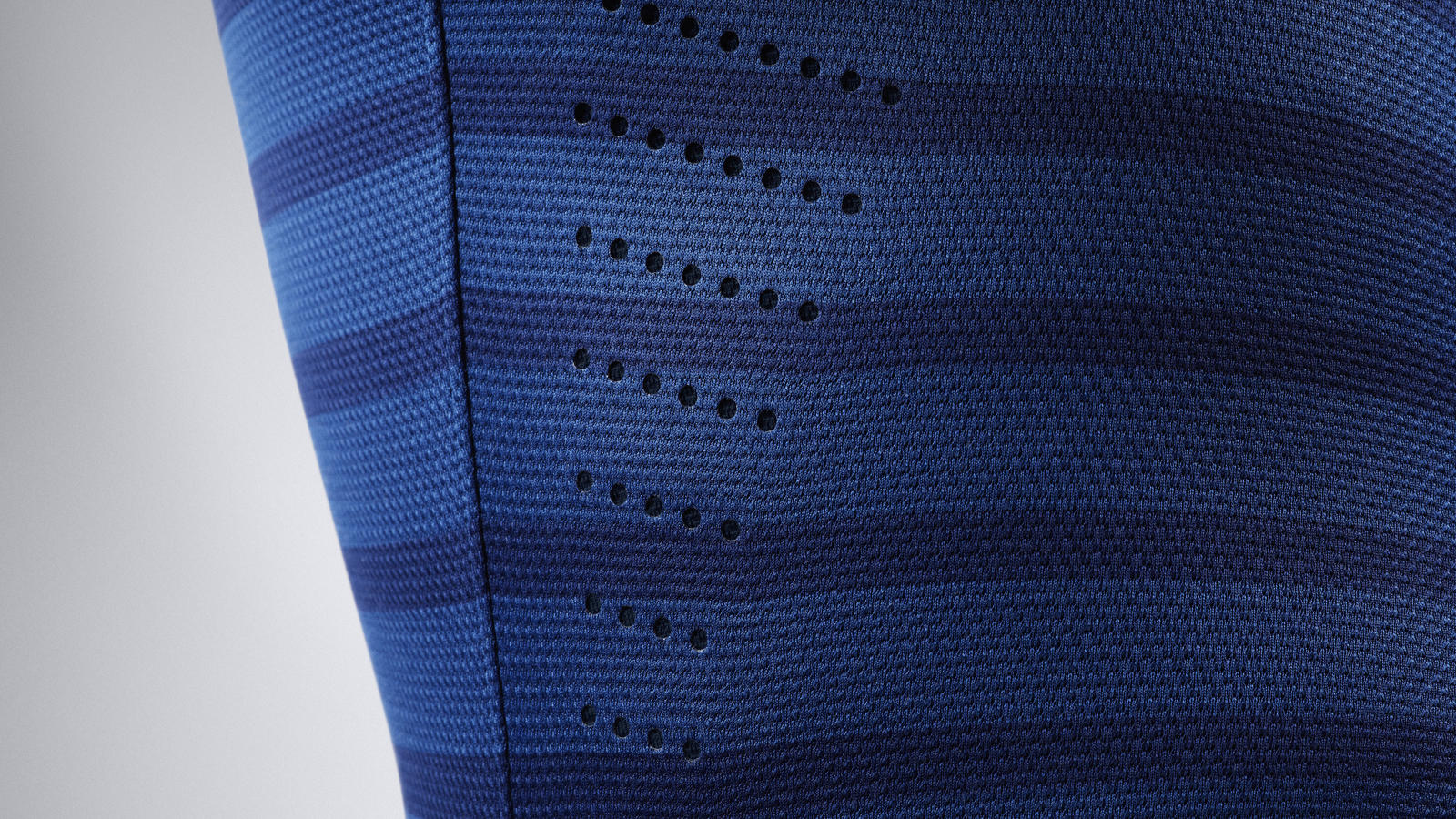 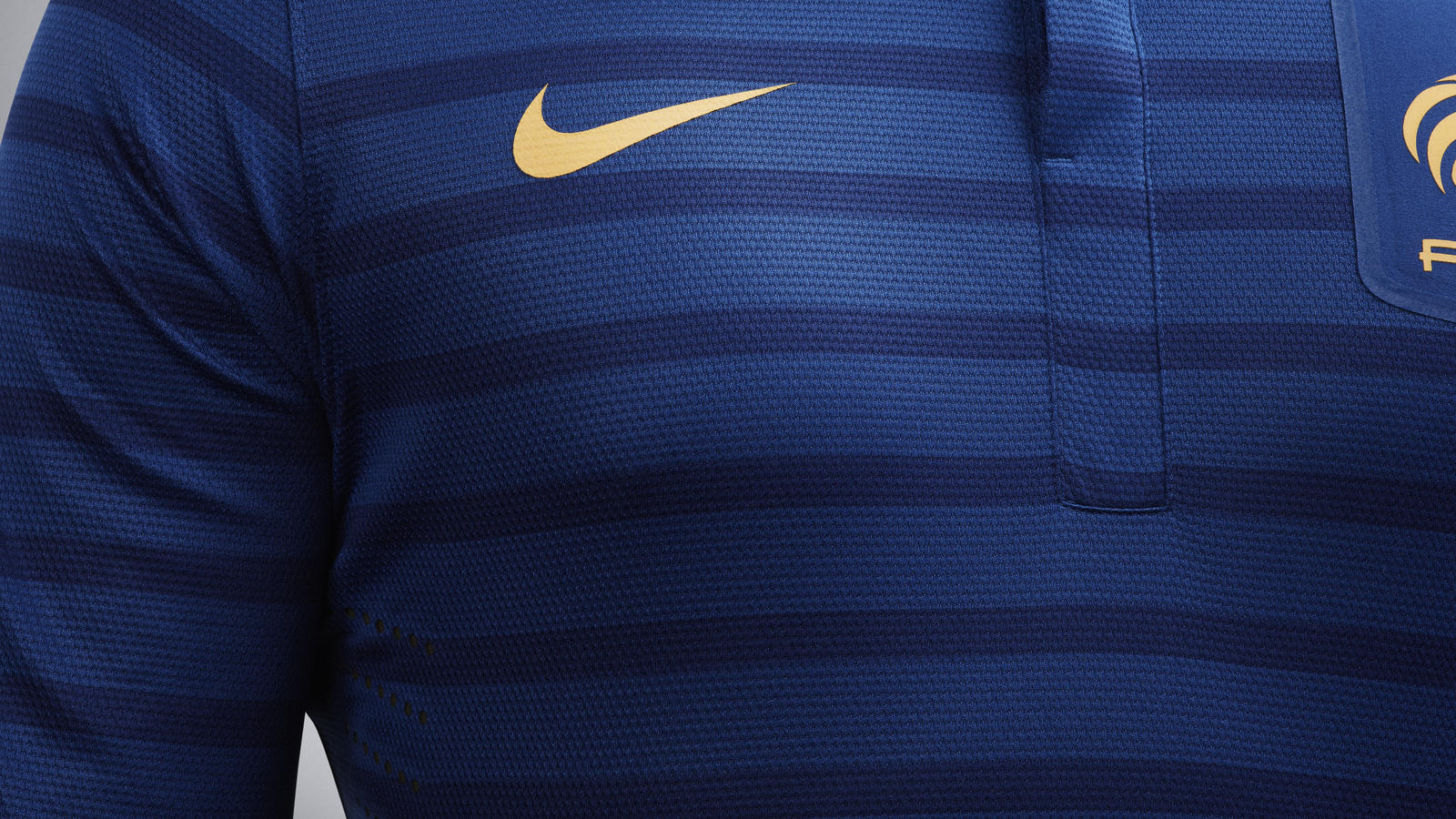 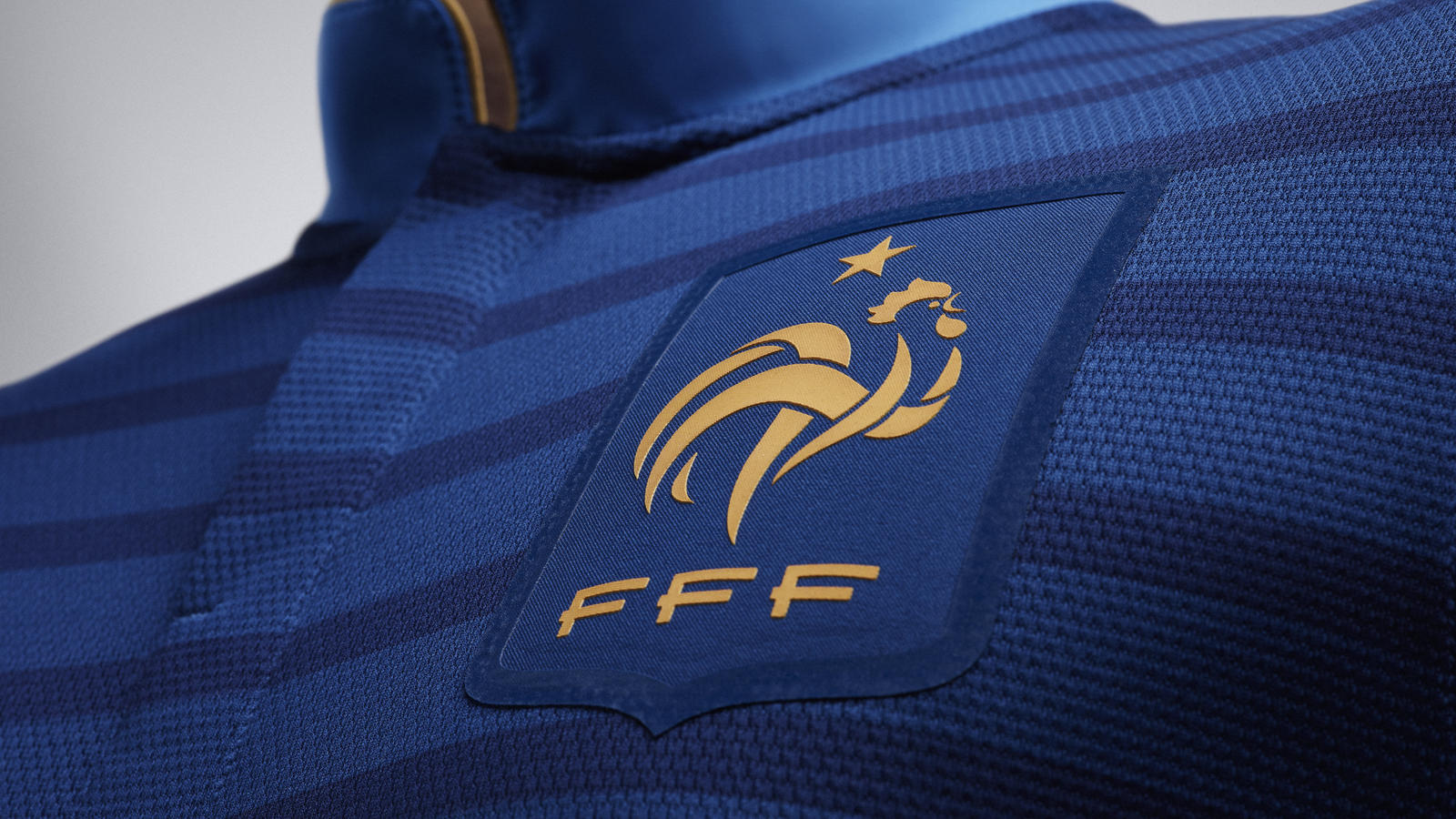 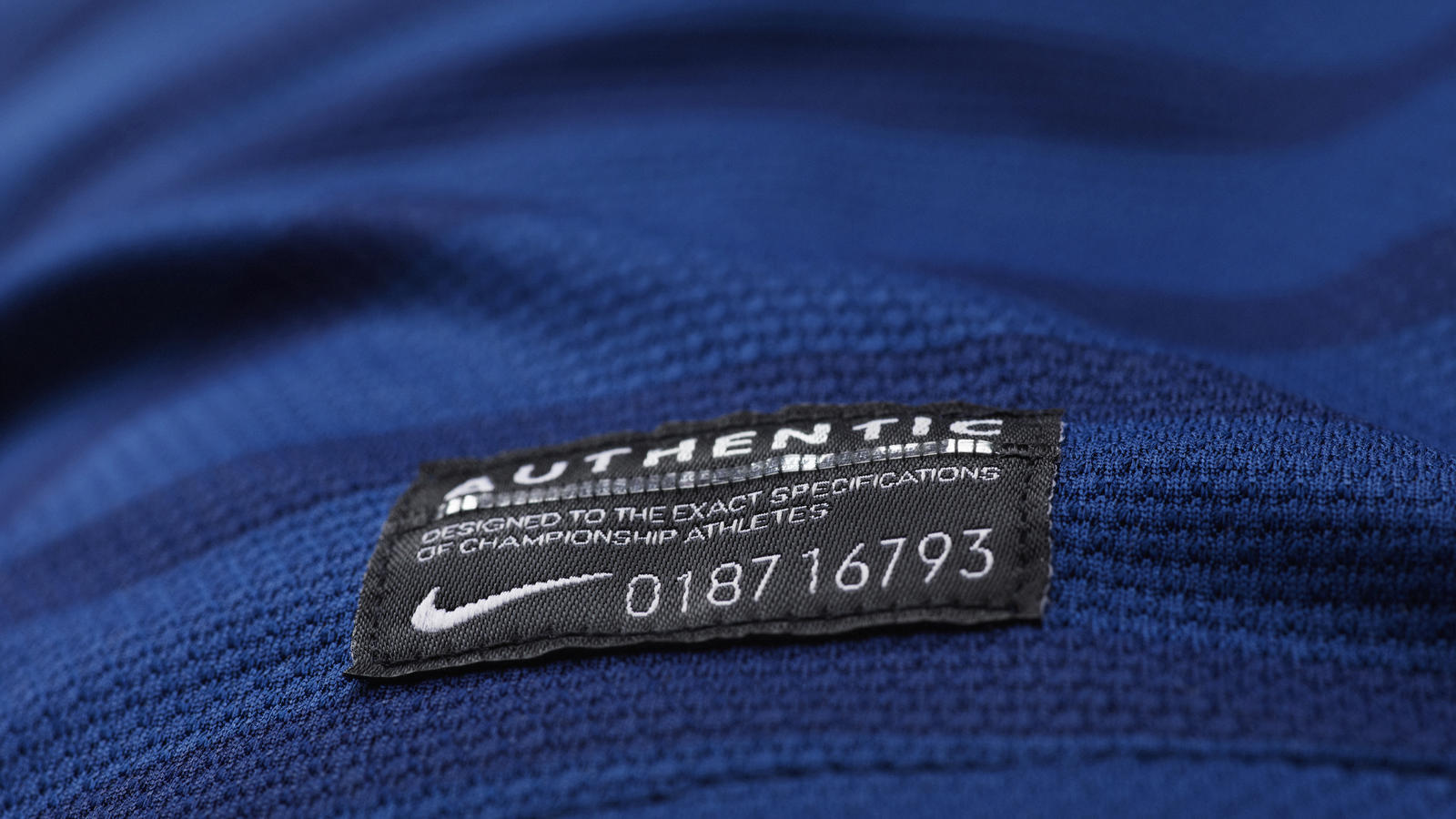 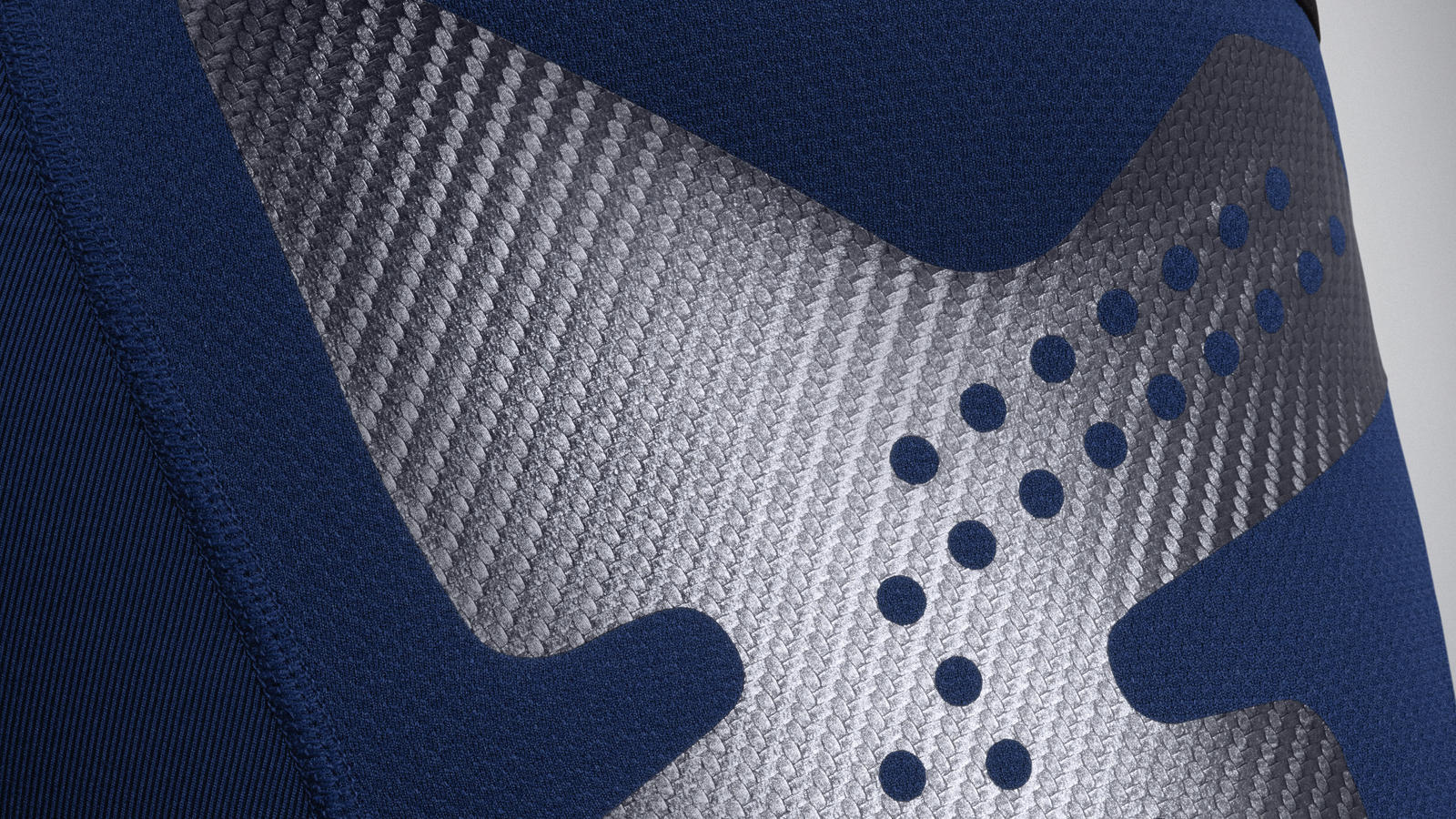 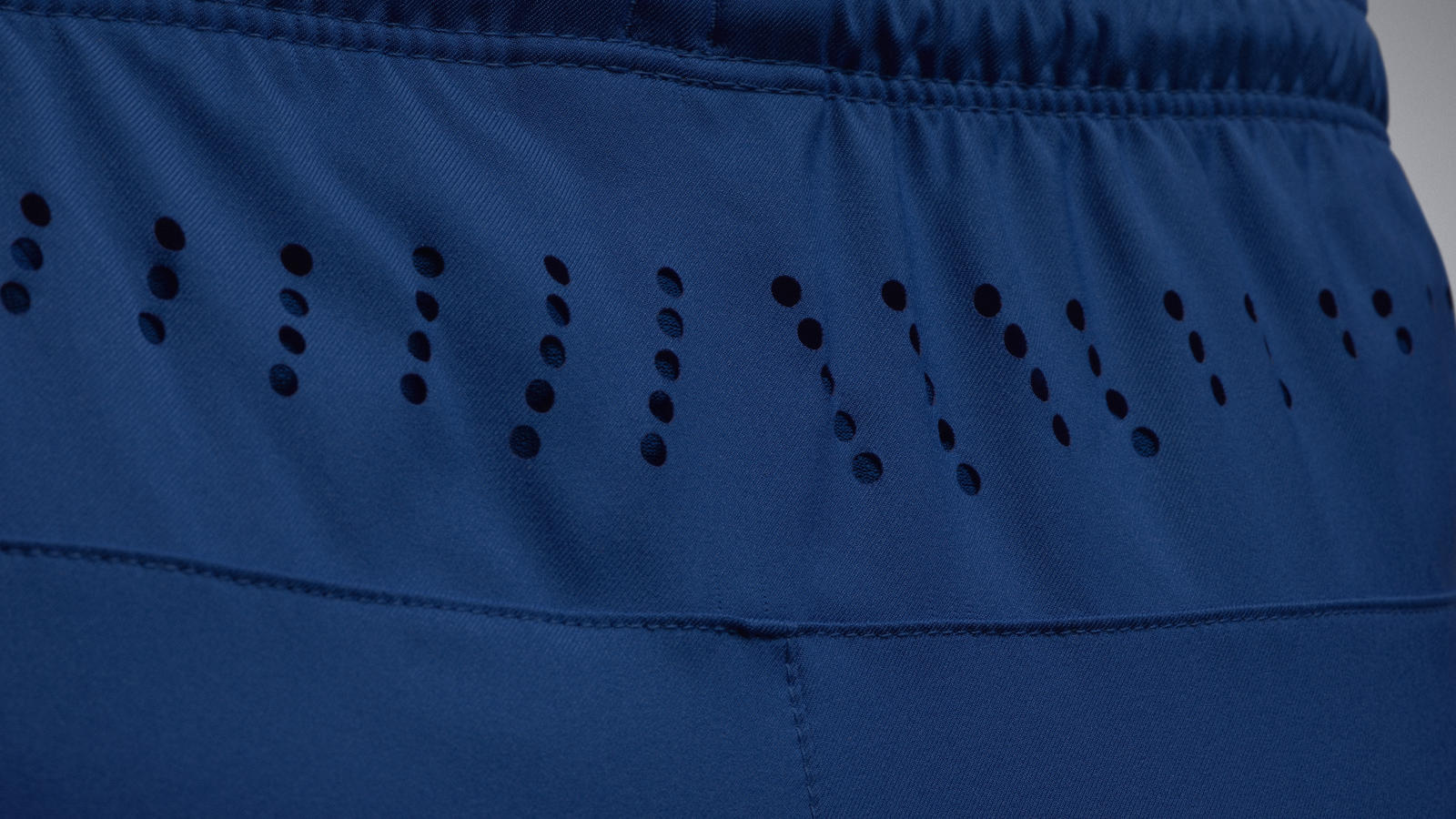 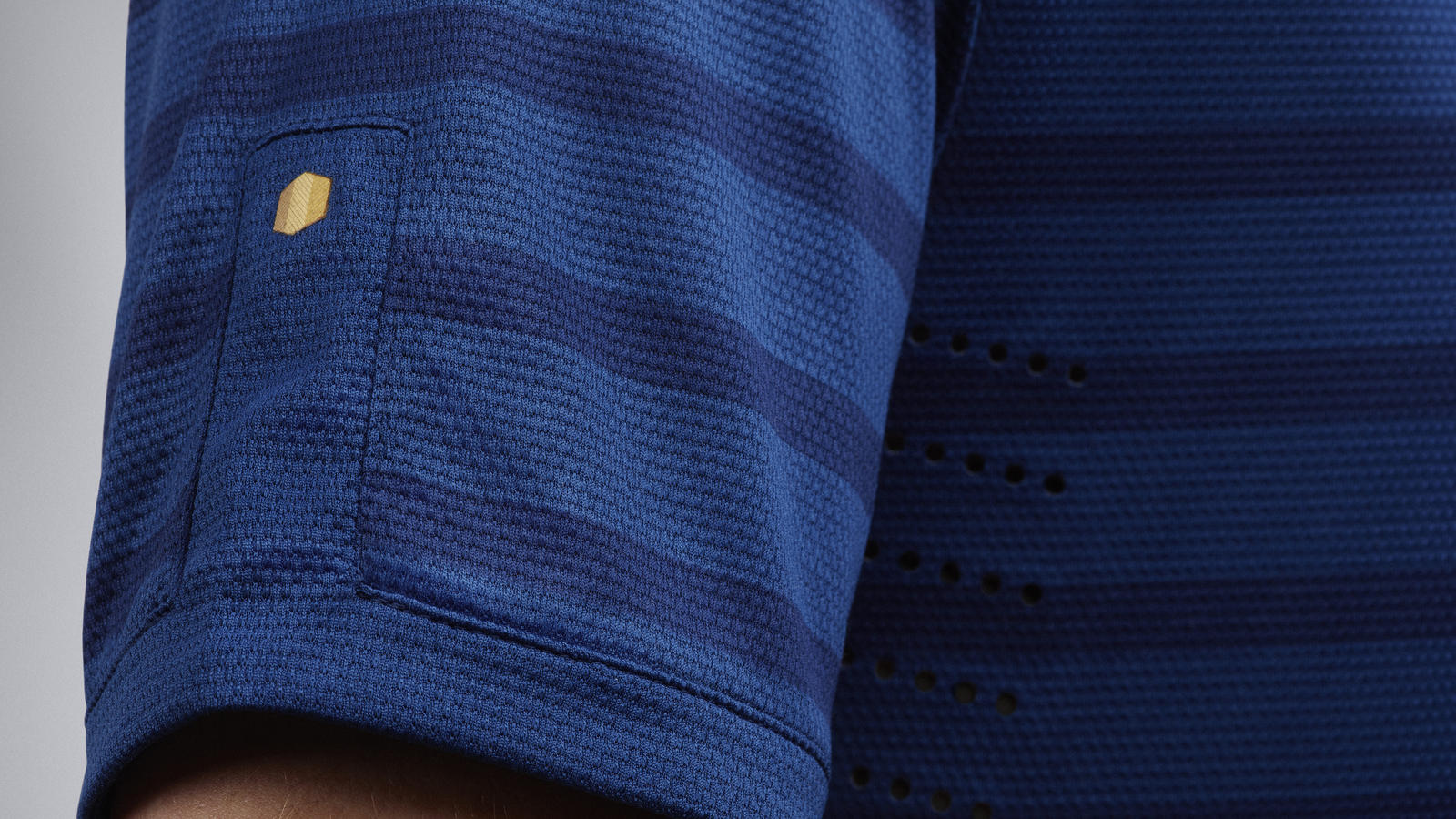 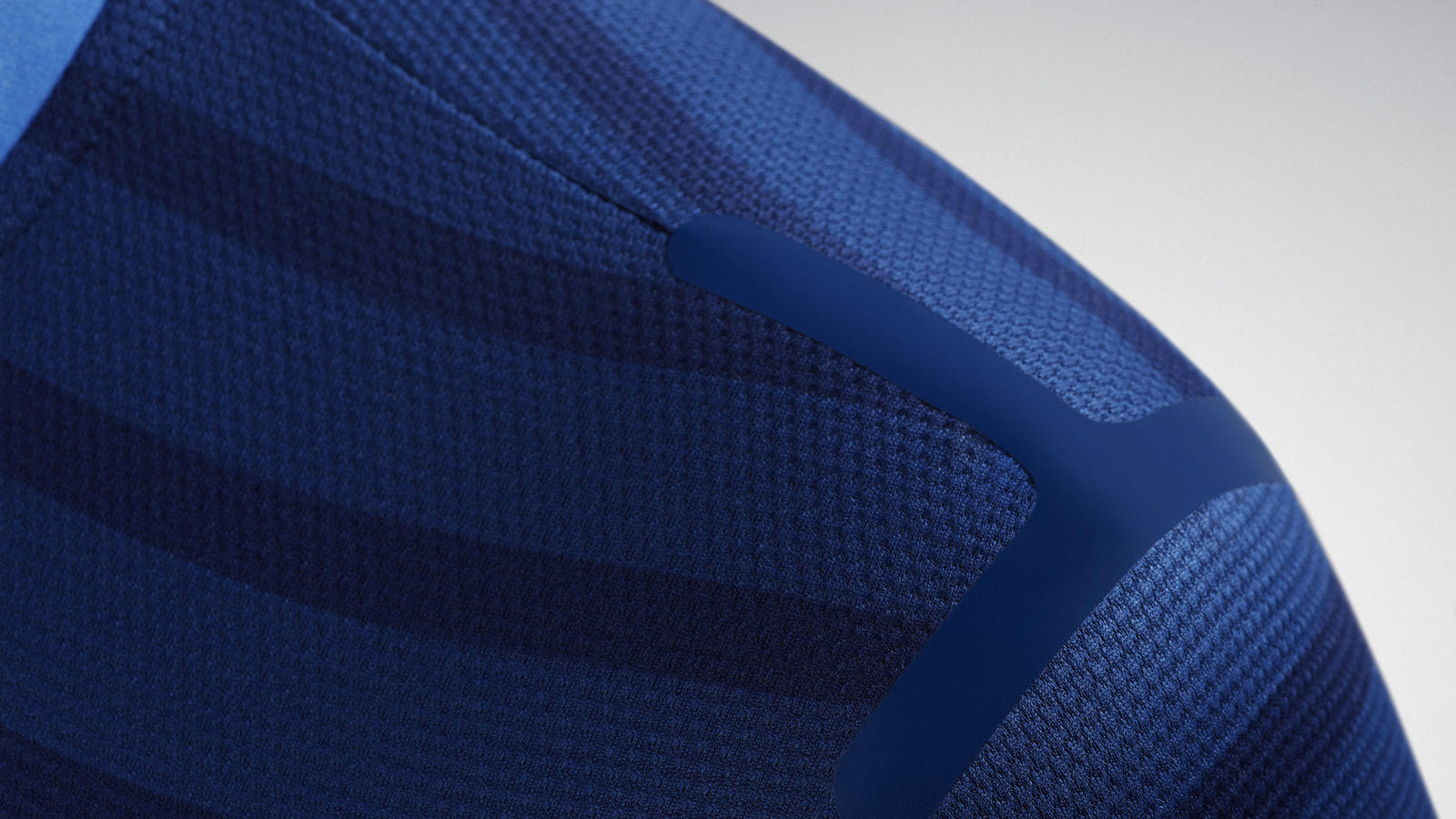 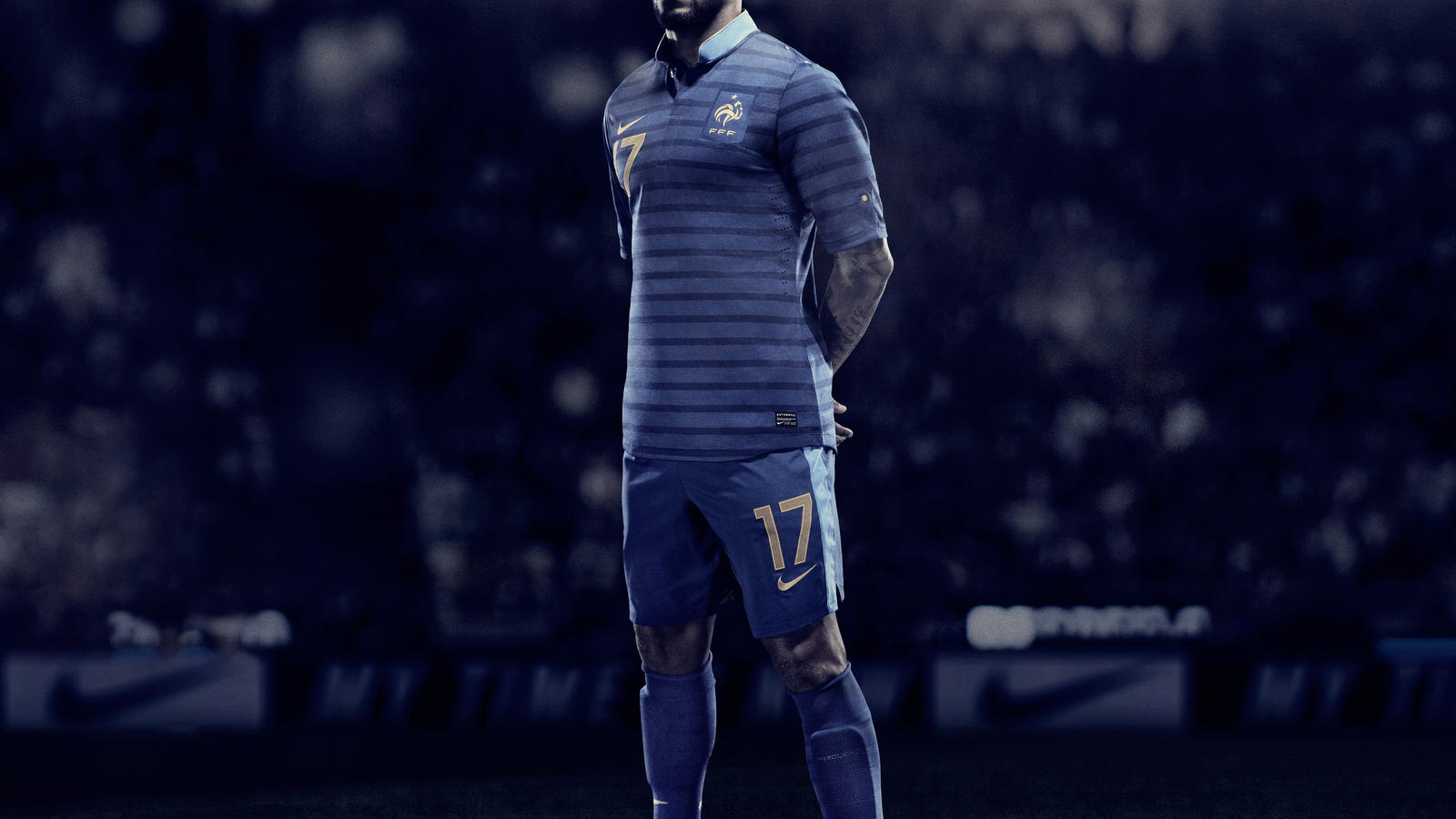 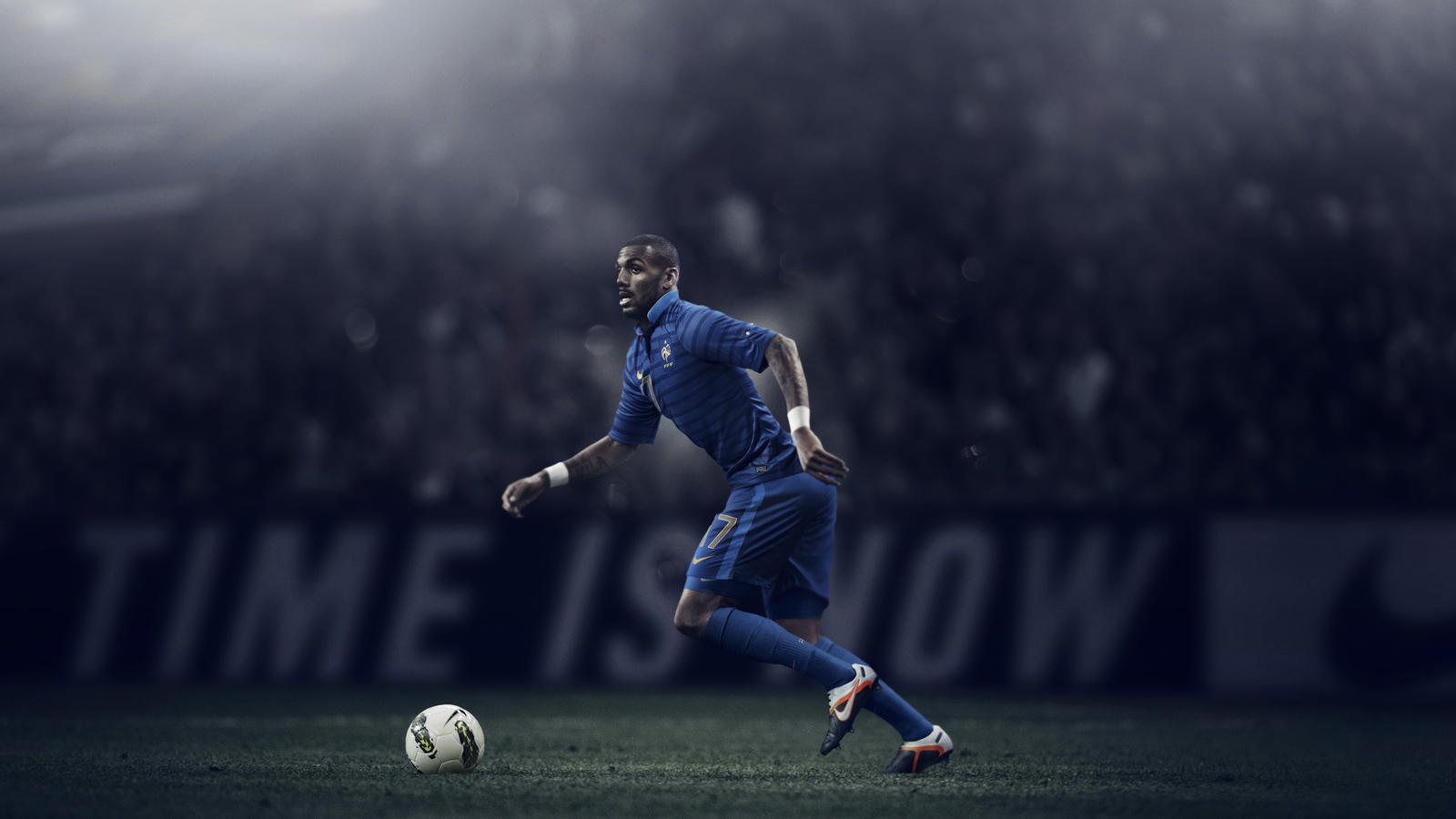 The new France home kit is a bold departure from the traditional blue and white design and has been inspired by the military uniforms.

The body of the shirt boasts a tonal print of the mariniere, an iconic French design consisting of thin stripes, alternatively in Meteor Blue, the color of the traditional French shirt, and then lighter Pacific Blue from the military uniforms.

The unique high collar of the shirt is decorated with gold piping, and again has been inspired by the collars of the military jackets.

On the cuff of both sleeves is a hexagon to represent France, and contains three tones of gold to echo the national flag the Tricolour.

Inside the back of the neck runs a thin red tape with the message ‘Nos differences nous unissent’ (Our differences unite us), which proudly celebrates the diversity of the French nation.

The shorts are in Meteor Blue with a lighter Pacific Blue stripe along each side, while the socks, now with improved cushioning for greater comfort, are in Meteor blue featuring four tonal stripes.

The kits are constructed using Nike Dri-FIT technology to wick moisture and are made out of 23 percent lighter fabric with 20 percent stronger knit structure than Nike’s previous kits.  The shirts also feature laser-cut ventilation holes to promote localized cooling, to help regulate player temperatures during a  match.