Roger Federer is famously particular about his equipment. His recent shoe of choice, the Nike Zoom Vapor 9.5 Tour, and its immediate predecessor the Nike Zoom Vapor 9 Tour, is built directly off the 17-time Grand Slam champion’s desires — to bring the comfort and breathability he valued in running shoes to tennis. He’s worn versions of the shoe since its debut in 2012, proving the strength of his own conviction and hammering down a central truth in Nike’s creation process: begin by listening to the voice of the athlete. 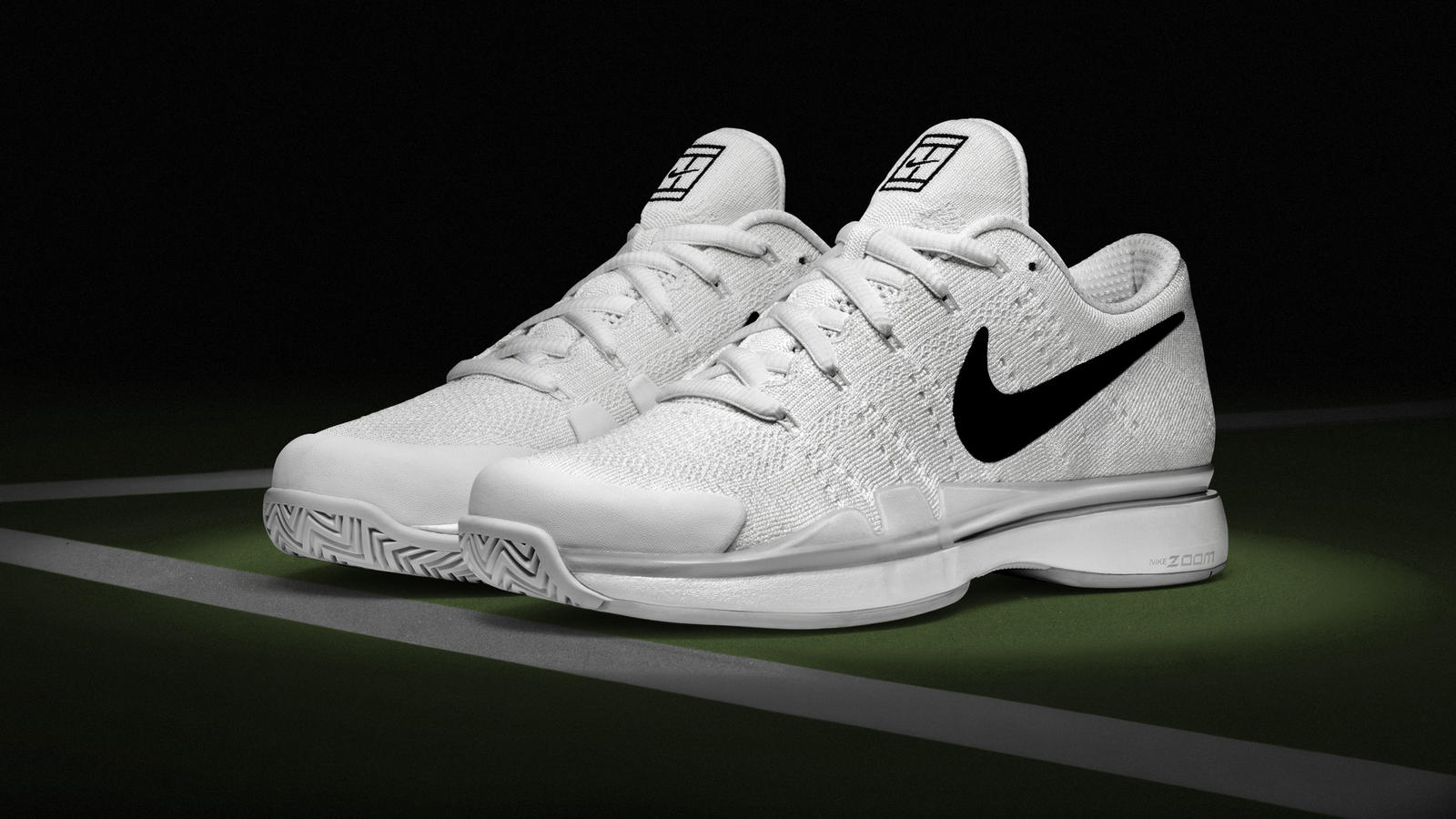 In London, Federer’s favored footwear will take a step forward initiated again by the athlete’s insights. A fan of both the performance and aesthetic benefits of Flyknit, Federer requested an on-court shoe that employs the revolutionary technology. The result is the NikeCourt Zoom Vapor 9.5 Flyknit. 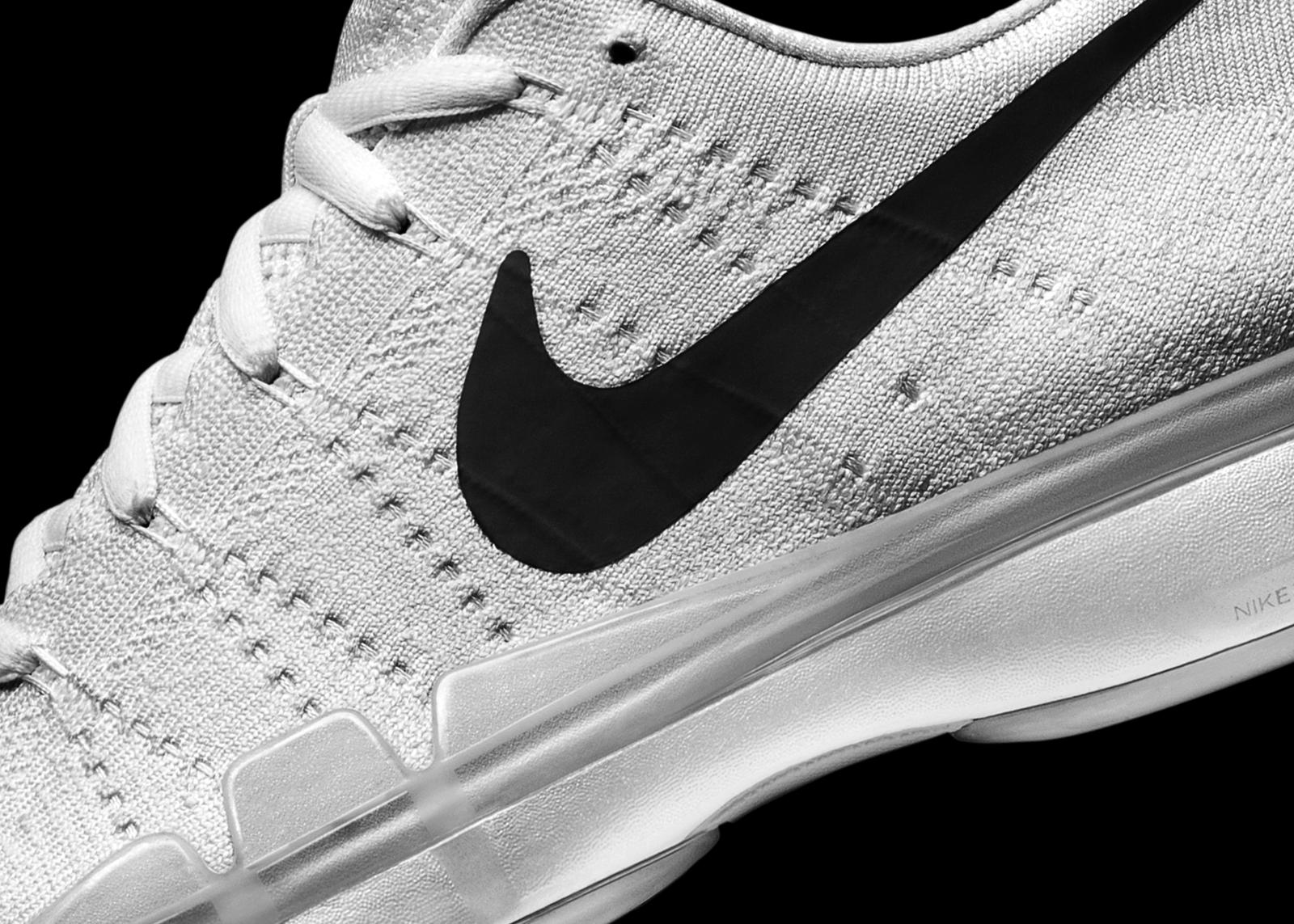 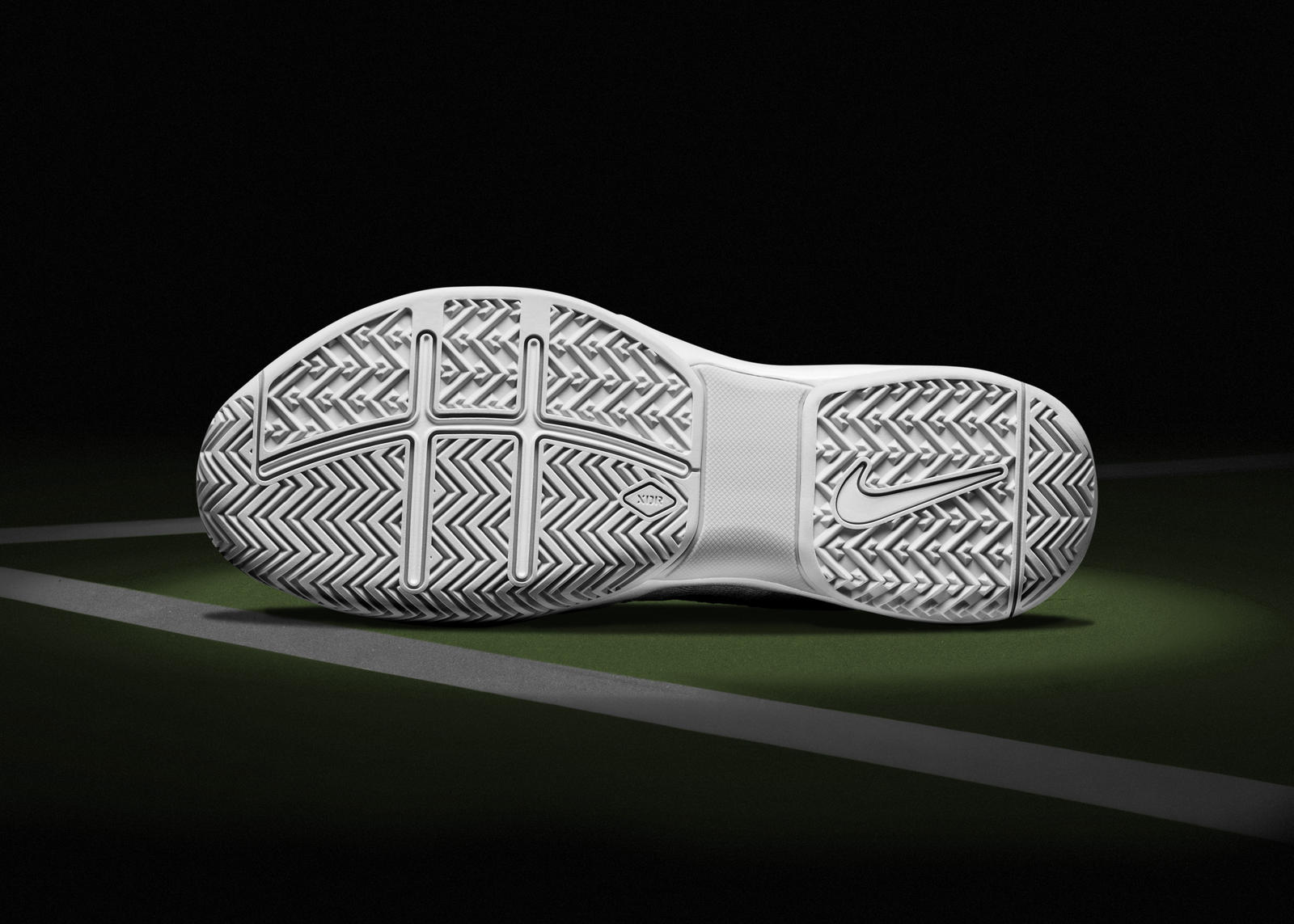 Aside from the new upper, the shoe maintains much of the technology that has made it a favorite amongst tour players. The Phylon midsole features a Nike Zoom Air unit in the heel to deliver low profile, responsive cushioning. A TPU frame wraps the midfoot for additional stability, while the herringbone traction pattern helps shore up grip on hard-court surfaces (Federer’s shoe for SW19 will feature an outsole designed for grass-court play).