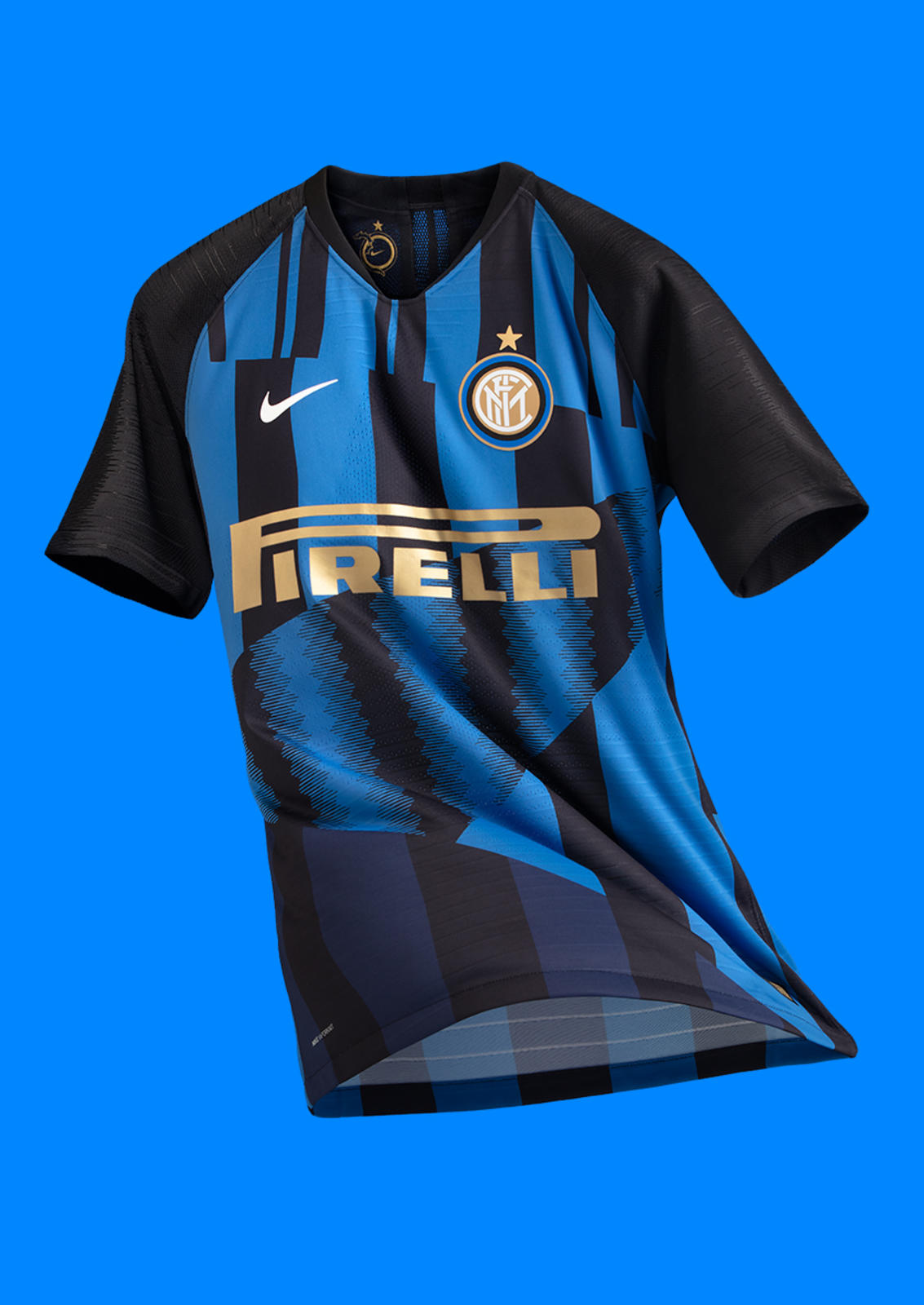 The 2018-19 season marks the 20th year of partnership between FC Internazionale Milano and Nike. All of the season's kits have paid respect to this anniversary. As a final ode, the 20th Anniversary Jersey combines 10 of the club's most storied designs.

“Some of these are synonymous with great victories, while others are fan favorites," says Pete Hoppins, Nike Football Apparel Senior Design Director. "The real challenge was to get all the different striped patterns to work cohesively."

Among those kits is a shirt from Inter’s first season with Nike in 1998-99 that legendary striker Ronaldo wore; a look from the club’s centenary season in 2008-09 what was captained by Inter legend Javier Zanetti and the kit from the club's historic treble-winning campaign of 2009-10.

The jersey will be worn during the upcoming Milan derby, and along with the standard stadium jersey, a Vaporknit match-level version has been produced and limited to 1,908 units to honor Inter’s founding year. 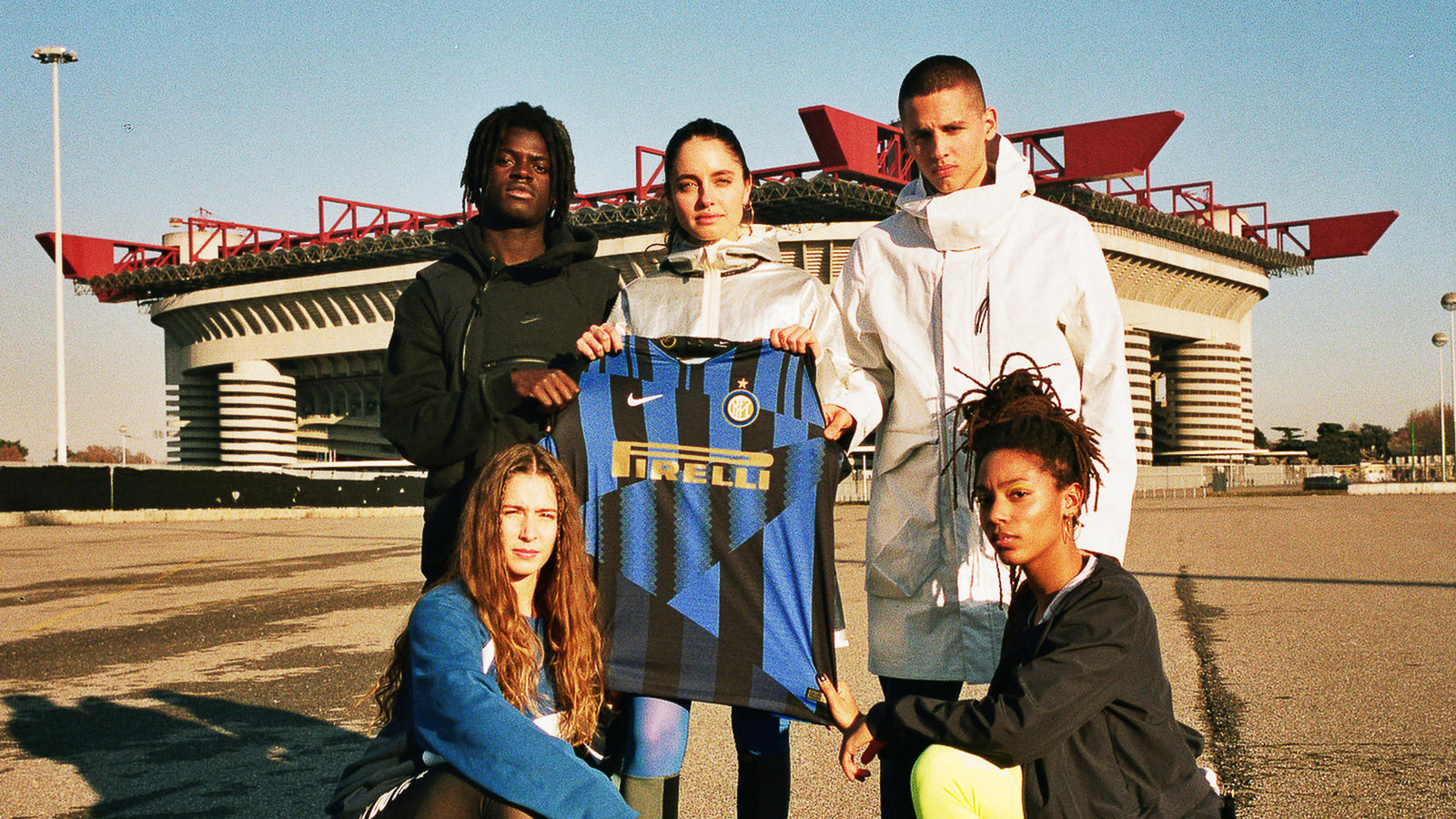 A gold Inter crest, Swoosh and sponsor’s logo detail the front of the shirt.

10 for 20: Celebrating two decades of Inter and Nike

2011-12 Thin stripes were introduced to the Inter home shirt

2016-17 A fan favorite; the home jersey was updated with a tonal linear graphic 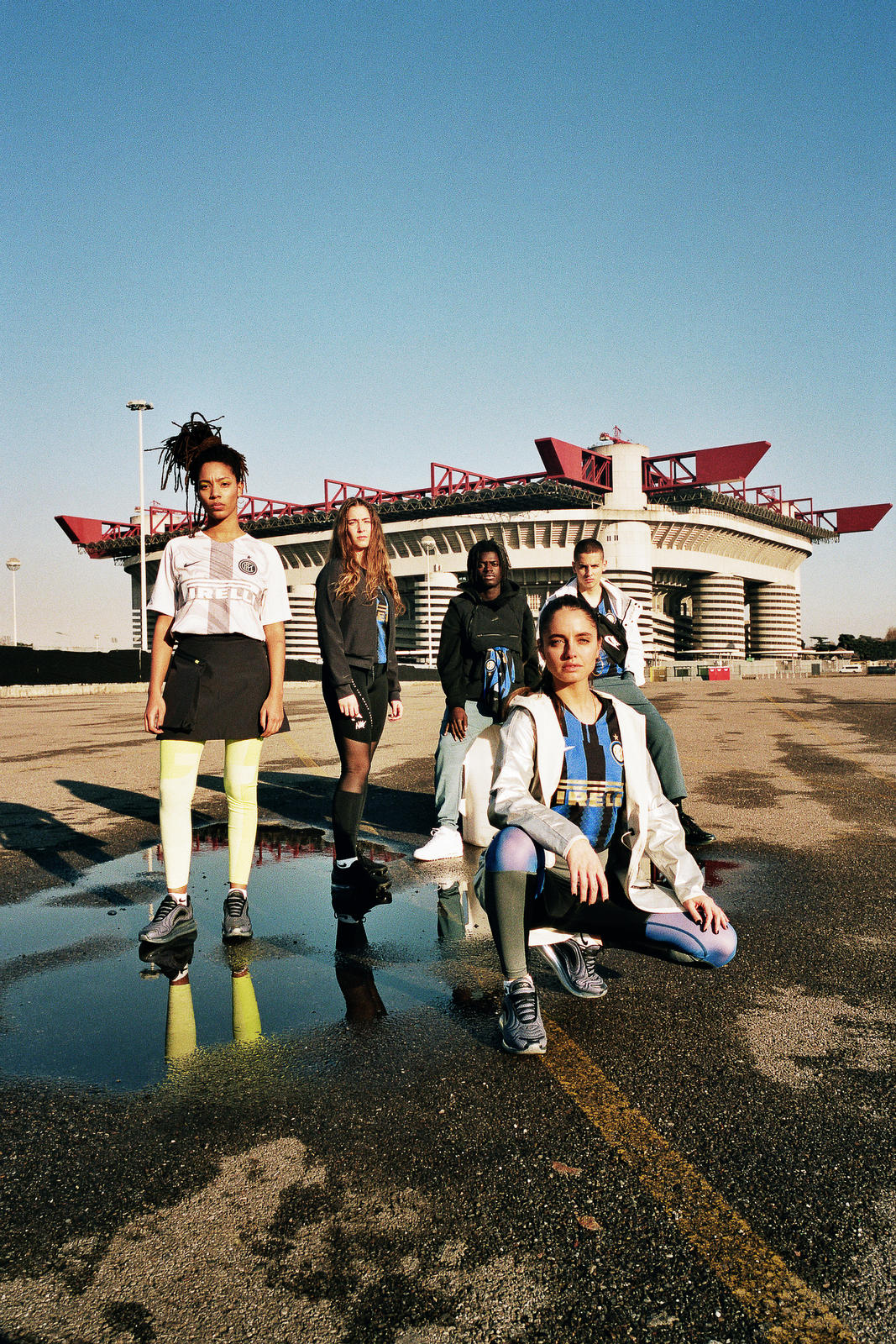 “It’s a jersey that stirs the memory,” adds Hoppins. “Each different pattern makes you think of favorite players, important matches and special seasons. We are proud of our relationship with Inter and this shirt is a great way of showing that.”