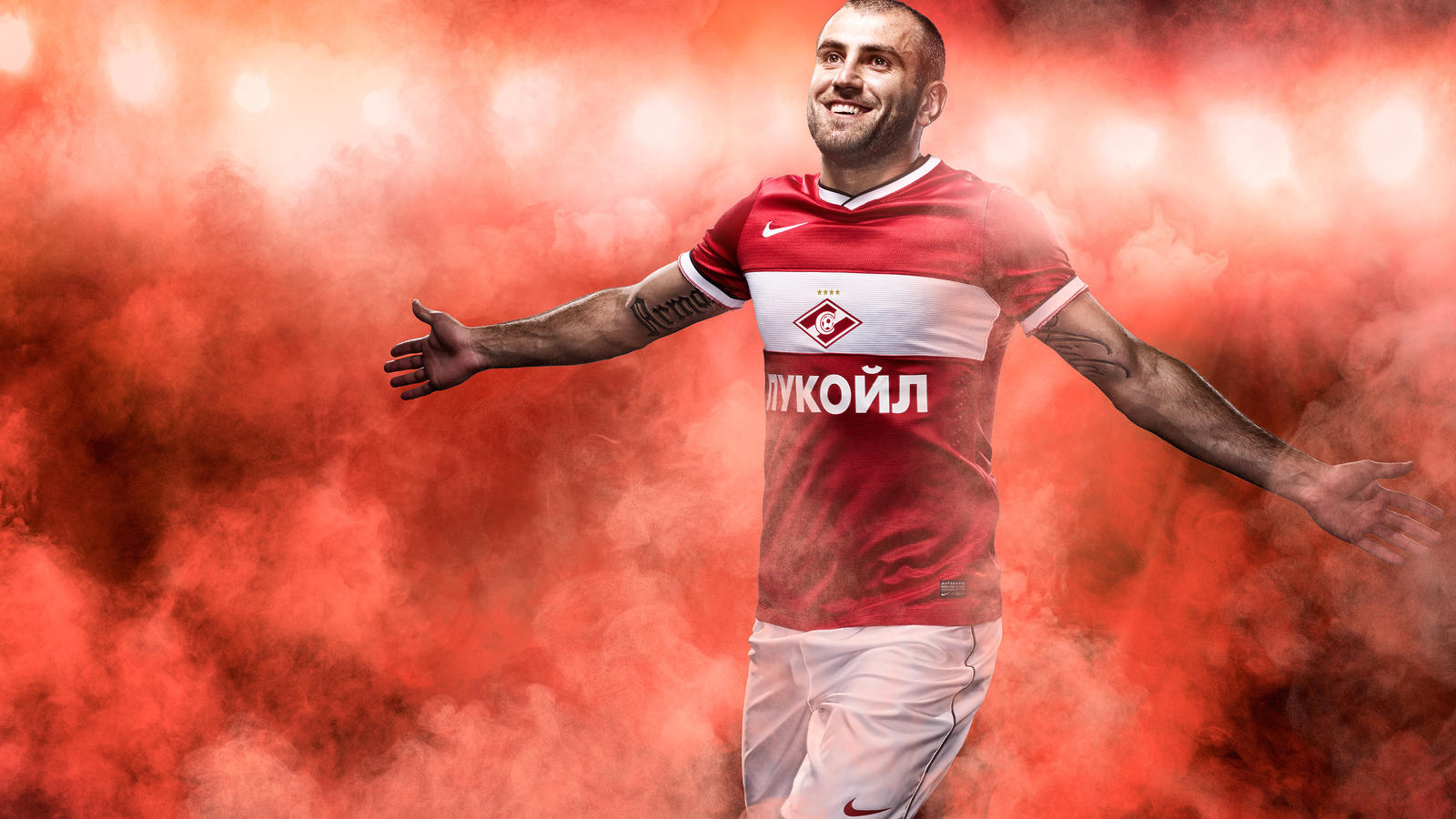 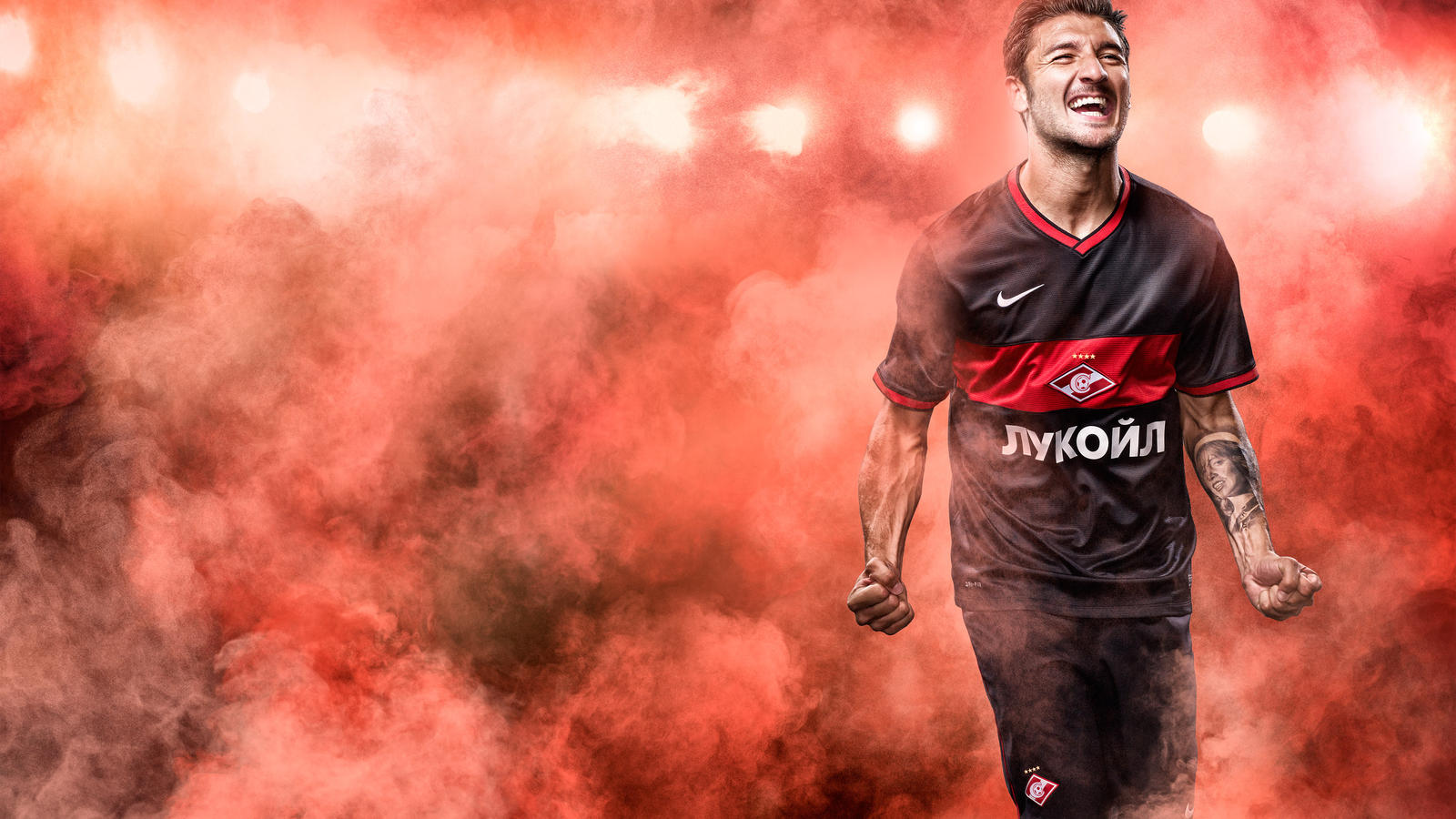 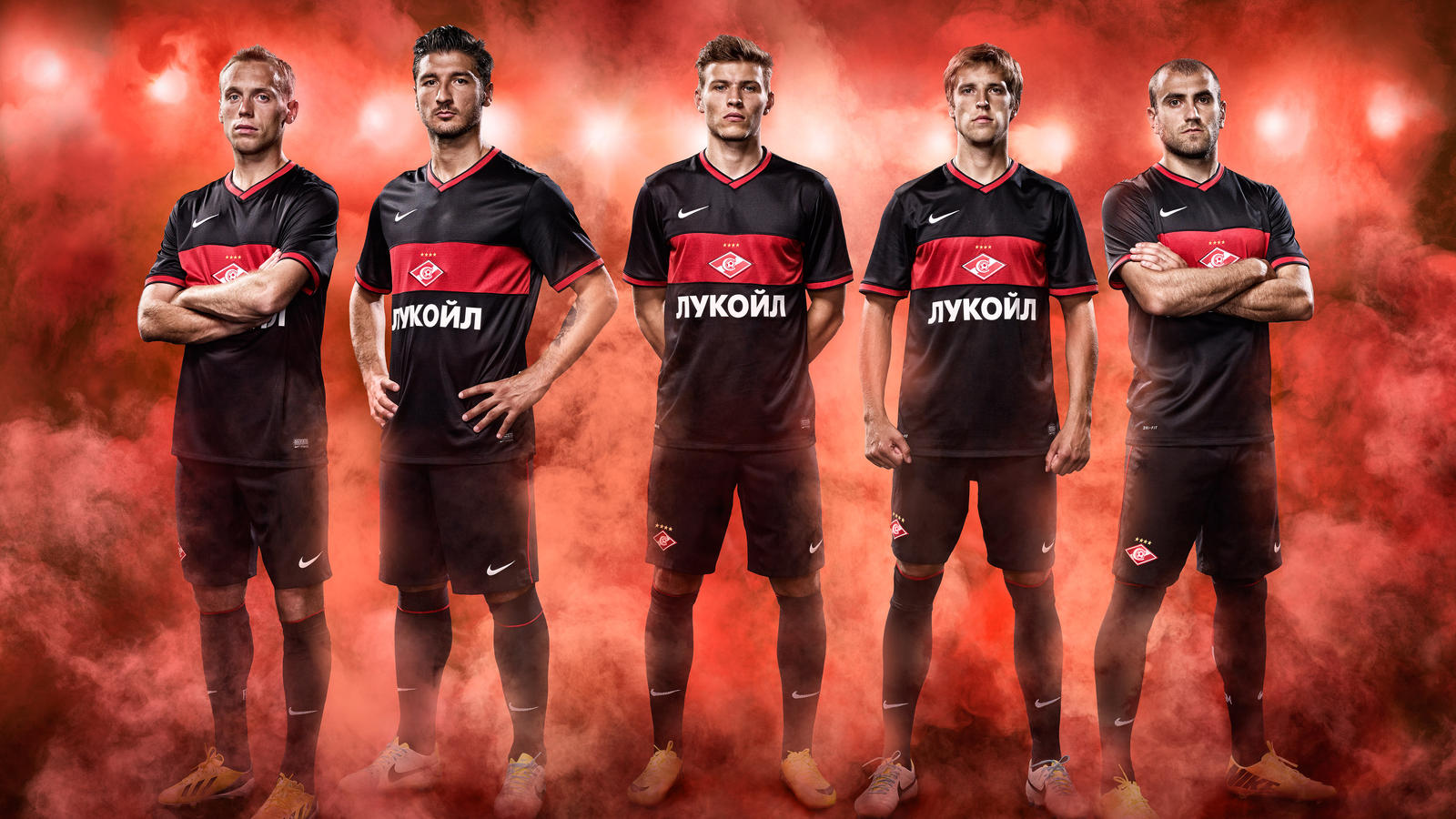 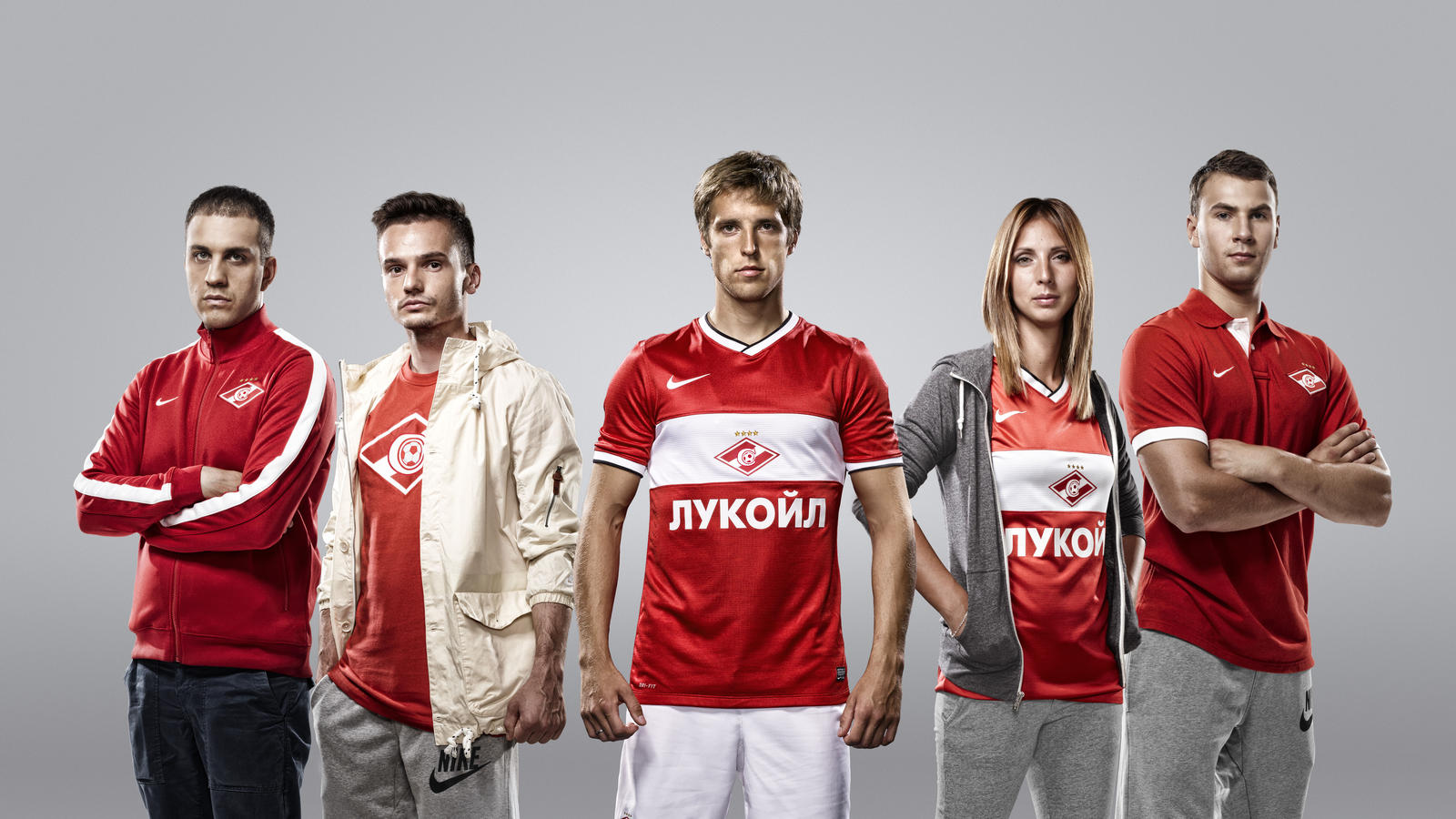 Though known as “Krasno belye” (the red and whites), F.C. Spartak Moscow — one of the most successfl clubs in Russia — has a long history of featuring black on its kit. From 1938 to 1952, the Spartak kit included black shorts, marking a golden period for the club that reaped three Champion titles and five League Cups. Today, black makes a stylish comeback as an accent to the traditional red-and-white home kit and, for the first time, as the dominant color for the away kit.

The home shirt is traditional red and proudly features the white Spartak chest band used since 1934. Black accents can be seen on the trim on the white crossover V-neck collar and sleeve cuffs. Inside the back neck is a red bonded label featuring Spartacus’s warrior helmet with the club motto in Latin: “Fidelitas et virtus," or "Fidelity and virtue." Originally founded in 1922, the club adopted the name Spartak Moscow in 1934, drawing inspiration from the Roman gladiator Spartacus who led an uprising of the oppressed against the Roman oligarchy.

Spartak Moscow will play in their first predominantly black away kit this season. The shirt remains unmistakably Spartak, boasting the club’s famous chest band in red.

The shirt has a red crossover V-neck collar with black trim and a red band near the sleeve cuffs. As on the home shirt, the club's signature gladiator helmet and moto in Latin appear inside  the jersey's neck.

The new kit showcases Nike's commitment to provide players with the latest performance innovation and reduced impact on the environment.