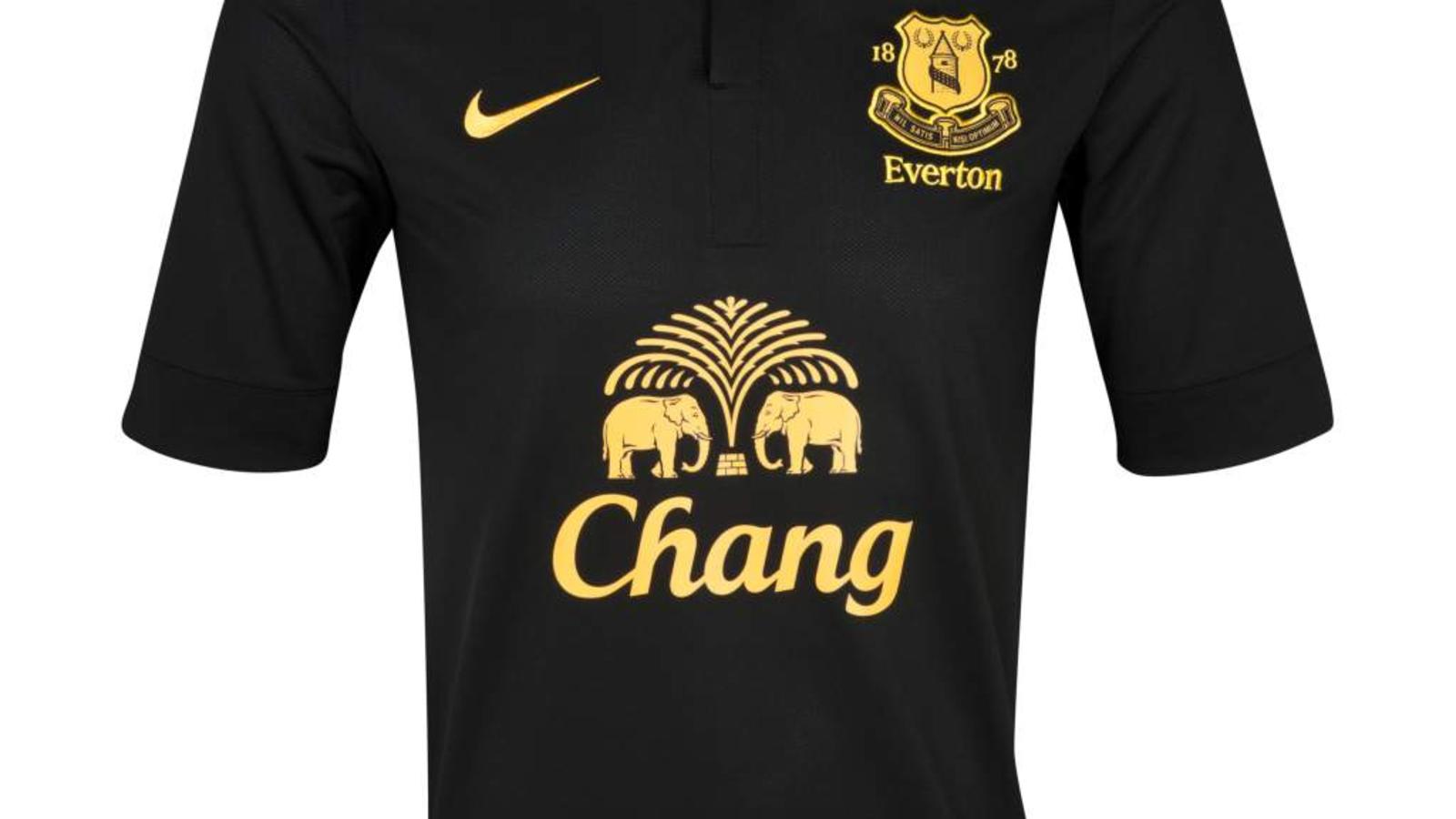 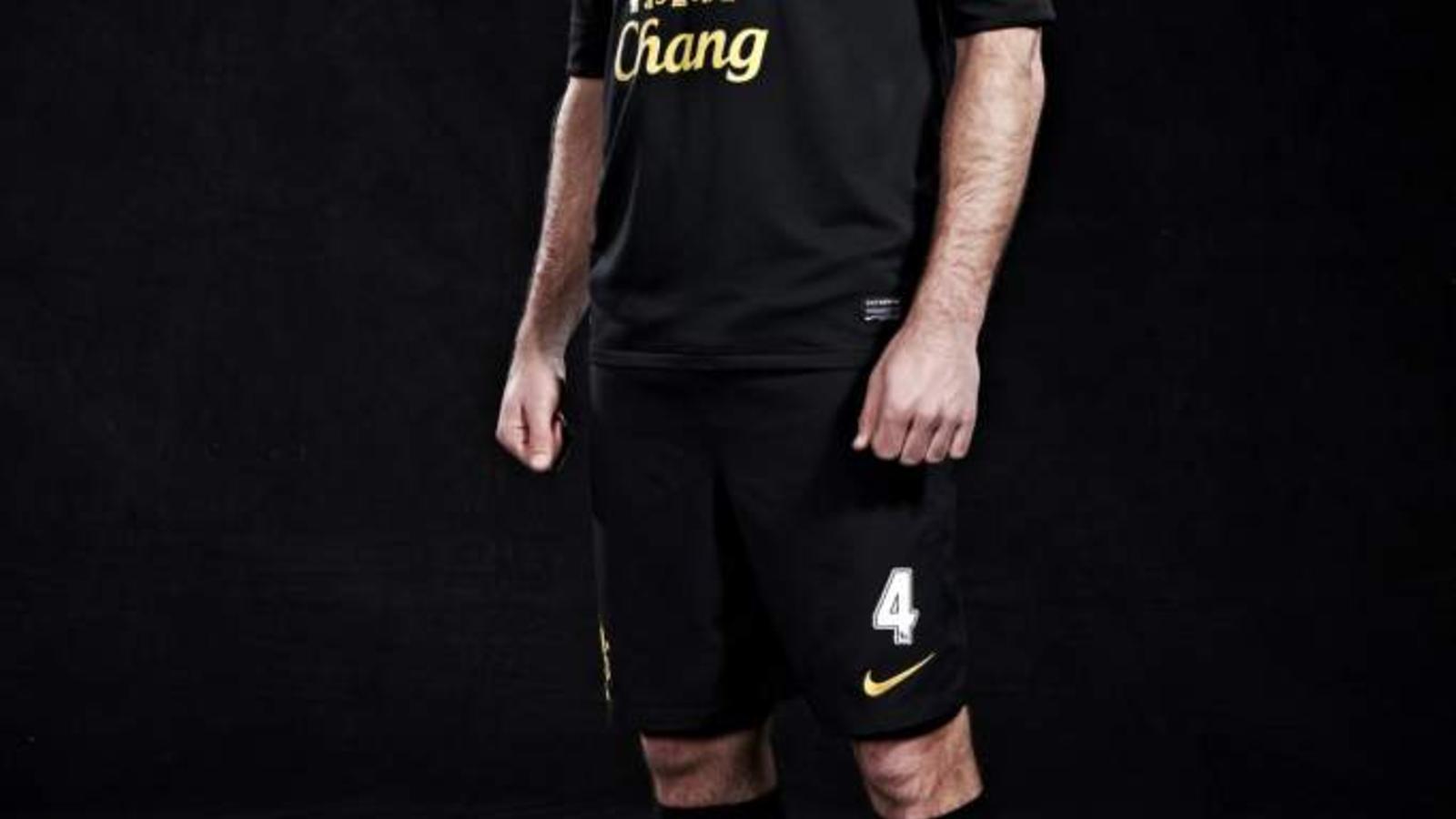 Everton Football Club has revealed its new away kit for the 2012-13 season.

The stylish black strip with striking yellow detail is the first Everton kit to be unveiled for next season with new technical partner Nike.

The kit is made from Nike’s ground-breaking recycled polyester.  An innovative manufacturing process reduces energy consumption by up to 30% compared to manufacturing traditional polyester. Since 2010 Nike has used an estimated 115 million recycled plastic bottles to create its high performance kits.

The kit features Nike Dri-FIT technology which helps to wick moisture away from athletes to help keep them cool and dry on-pitch.

This season’s away shirt was unveiled for the first time on Wednesday 30 May to an exclusive audience of loyal supporters who went to every one of the Blues’ home and away games during the 2011/12 season.

The dedicated supporters were not only the first to see the away kit but also enjoyed the opportunity to speak with Chief Executive Robert Elstone and Blues legends Graeme Sharp and Ian Snodin.