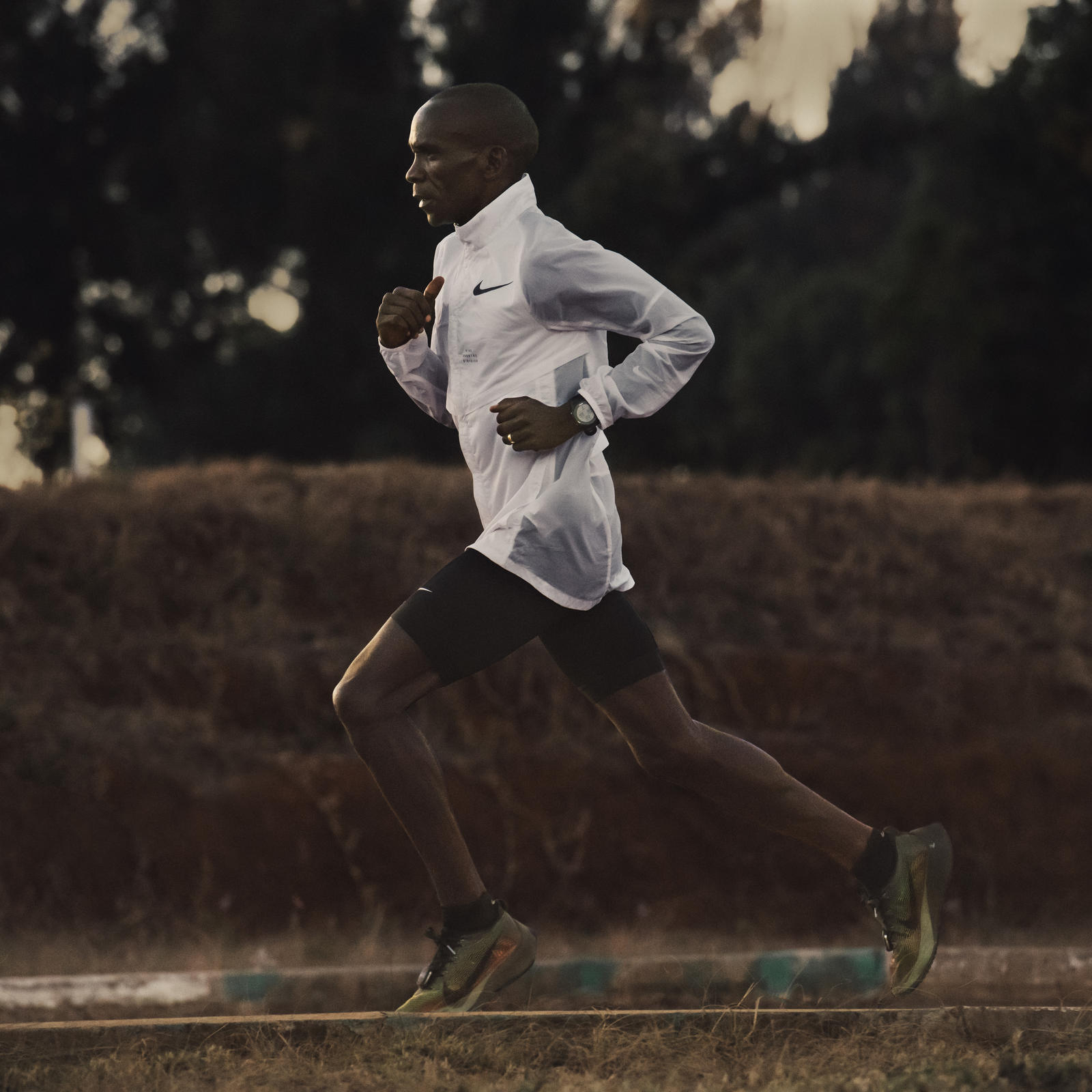 In September of 2017 in Berlin, Eliud Kipchoge, who ran the fastest marathon ever, battled heavy rain and 99-percent humidity over the course of 26.2 miles and managed to come out with a first-place finish. Though seriously inspiring, his performance wasn’t enough to earn the world record he was hoping for.

After Nike designers spoke with Kipchoge about the impact those wet conditions had on his performance, they learned his shoes (the Nike Zoom Vaporfly Elite he first made famous during Nike’s Breaking 2 attempt) absorbed water. And that water wasn’t able to evaporate, so it added weight. This was obviously something both the designers and Kipchoge didn’t want to happen in future races.

Considering Kipchoge felt the shoe was otherwise “perfect … really perfect,” and the fact that the Nike Vaporfly Elite and Nike Vaporfly 4% became the most dominant shoes on the 2017 marathon circuit, designers decided to maintain the tooling and focus on developing a solution in the form of an updated upper. The designers revisited a new application of a performance-printed 3D upper they’d been experimenting with. They coined it Nike Flyprint and showed it to Kipchoge.

The process of solving expressly for Kipchoge’s needs began in earnest in early 2018. Designers kicked off a rapid-fire prototyping phase (where they went through thousands of upper possibilities before hitting “print” on several variations for each prototype and selected version “D” for trial). Kipchoge’s response to the first running in that shoe:

Designers made updates to the shoe in hours, and it took only nine days to get the next round of samples, version “E,” to Kenya (most of this time due to shipping). Shortly after that, Kipchoge tested and approved the next version, “F." That's when he said he was ready to wear them in London. 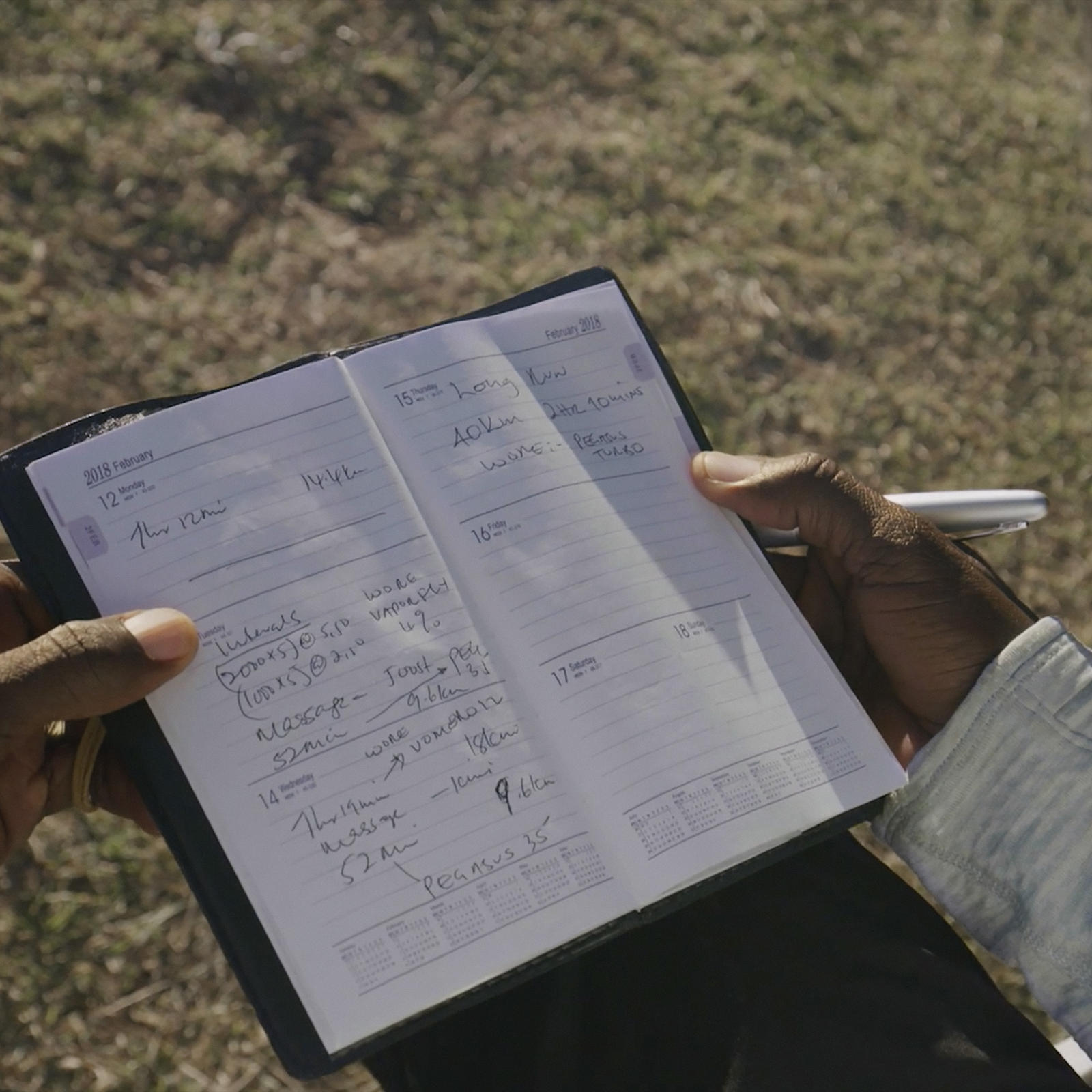 Kipchoge, who kept detailed training and testing logs, told designers he fell in love with the feeling of air flowing across his foot and because of that, he’d run in these shoes rain or shine. 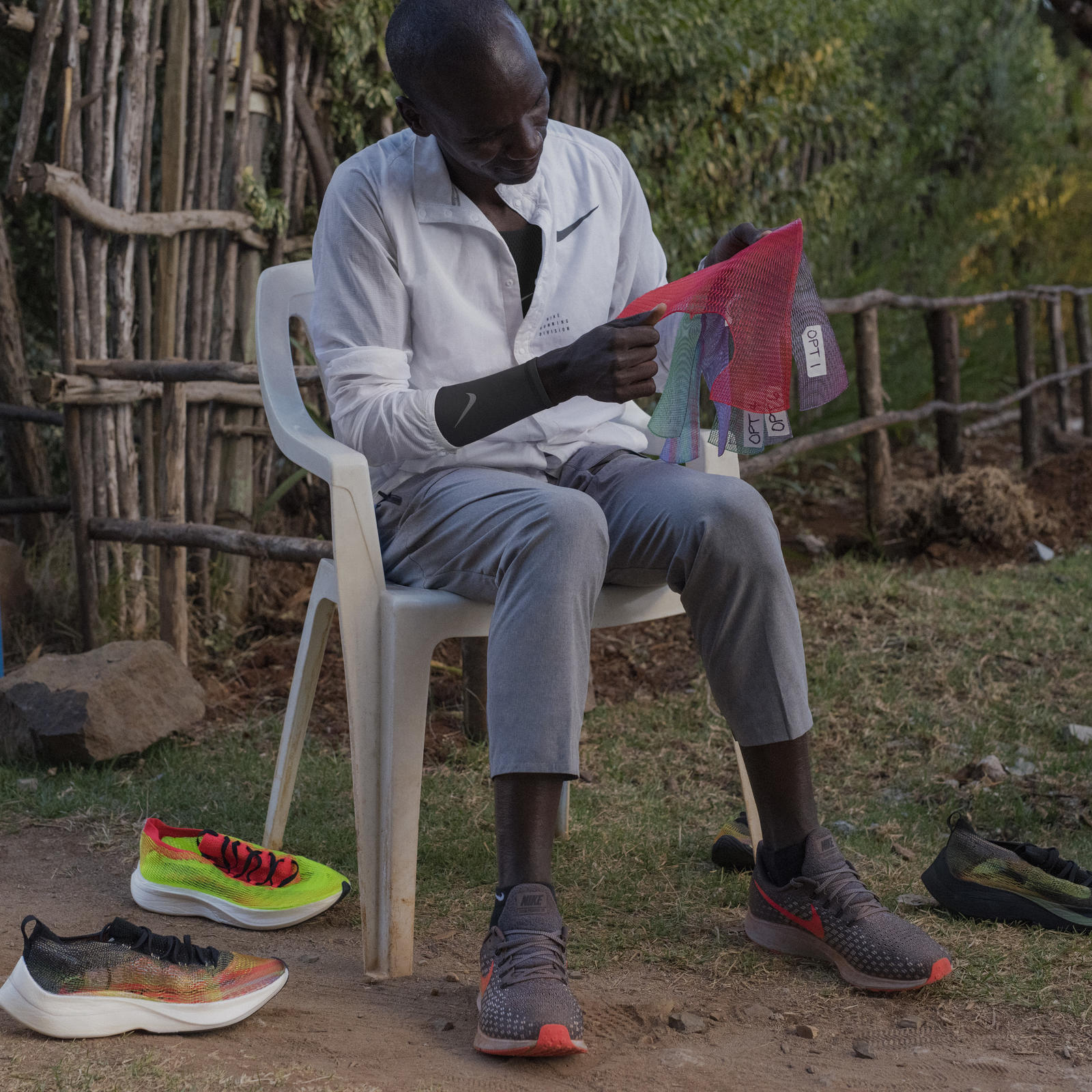 The new upper is 11-grams lighter than what Kipchoge wore in Monza and Berlin. Because the material is fixed in a printed textile (whereas a knit or woven textile has internal friction between the interlaced yarns), there is greater potential for tensile strength and precision-tuned containment. 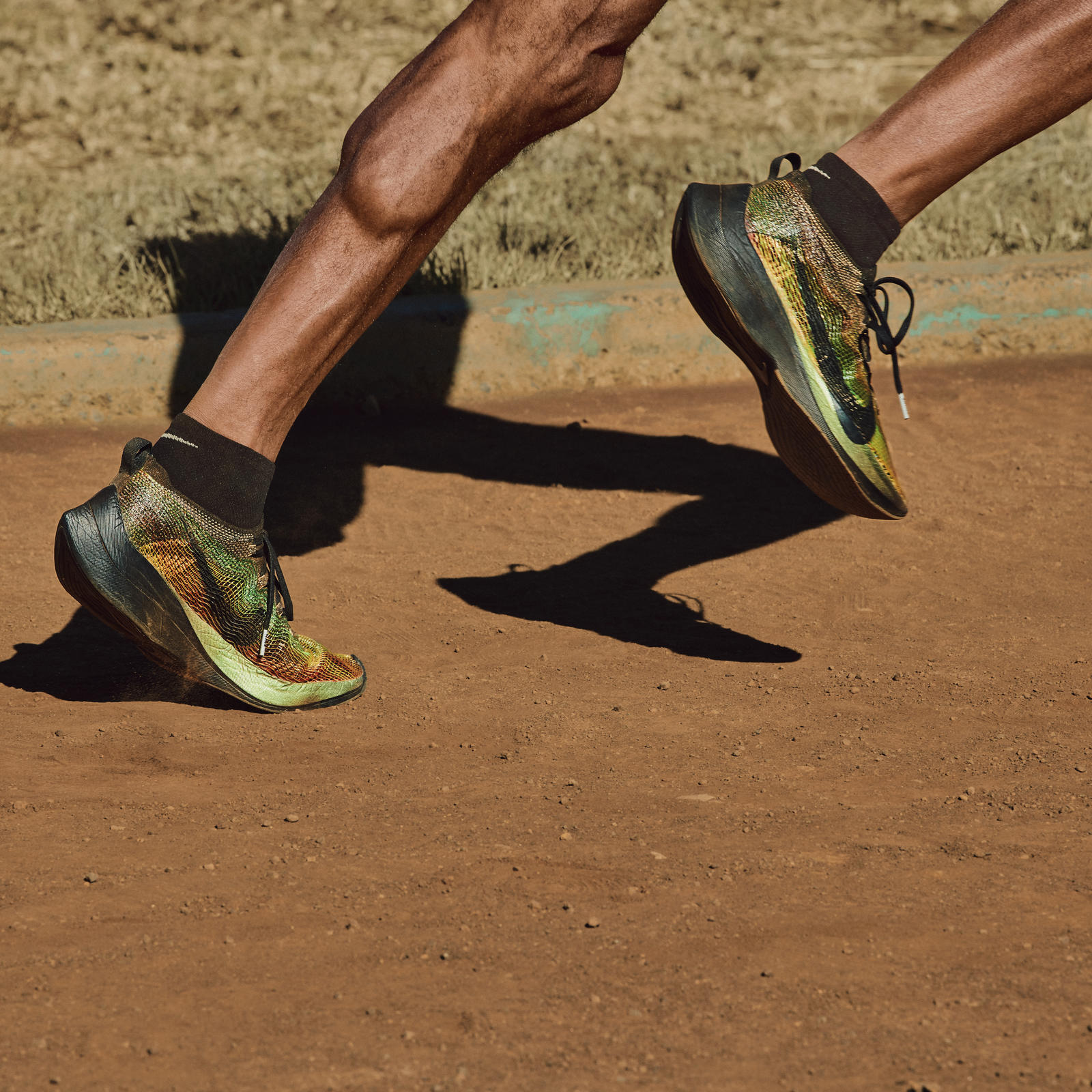 Multiple layers of different colors make up the upper for the shoe Kipchoge is wearing in London. The shifting of the color highlights Kipchoge’s speed and represents his training environment in Kenya (the clay track, green grass and beetle shell-like iridescence). But the colorway doesn’t have a name because designers couldn’t define the unique look this created.

Kipchoge will race his next marathon on April 22 in London wearing his Nike Zoom Vaporfly Elite Flyprint. That weekend, a limited run of the shoes will be sold in London through the Nike App.