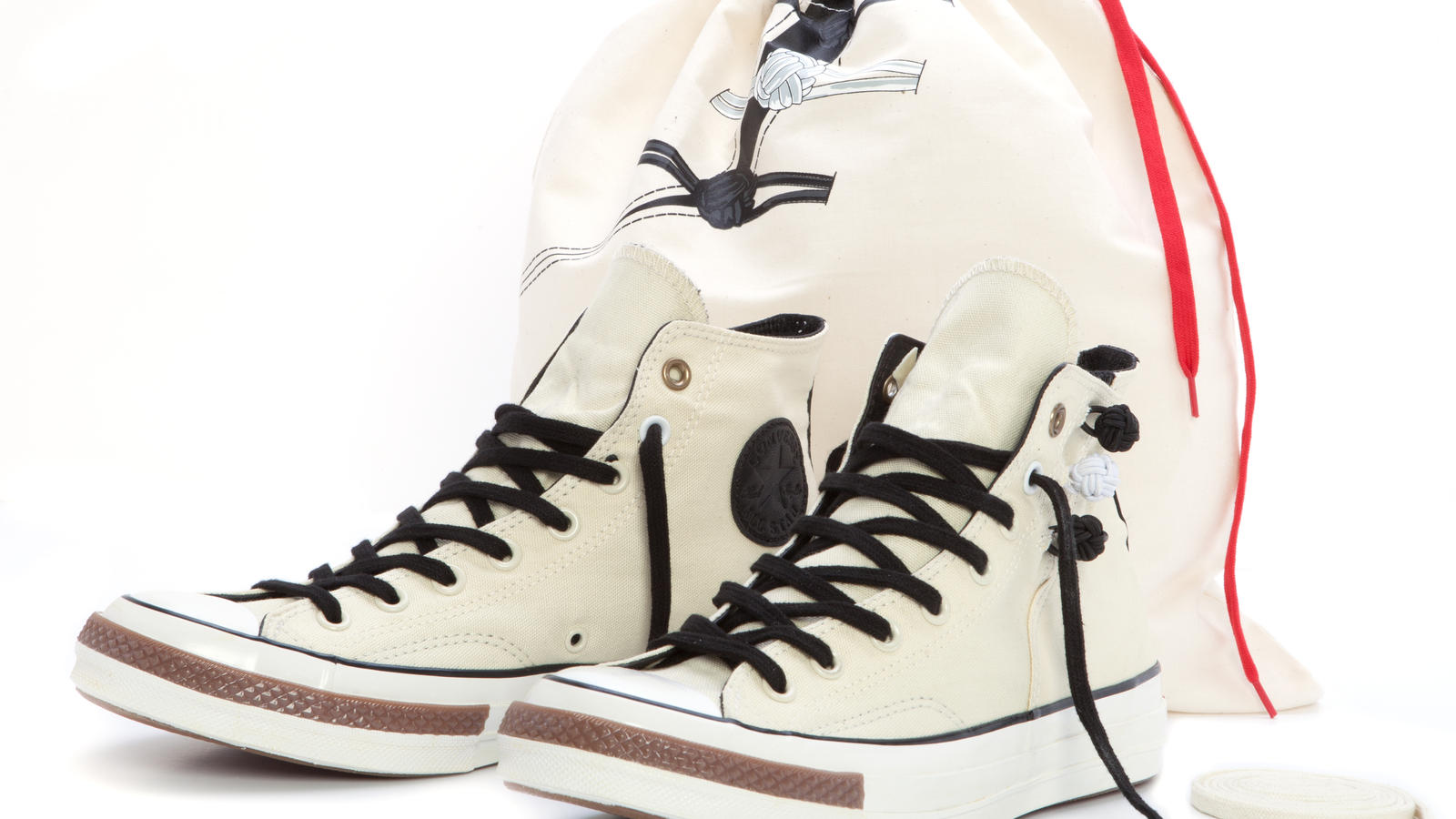 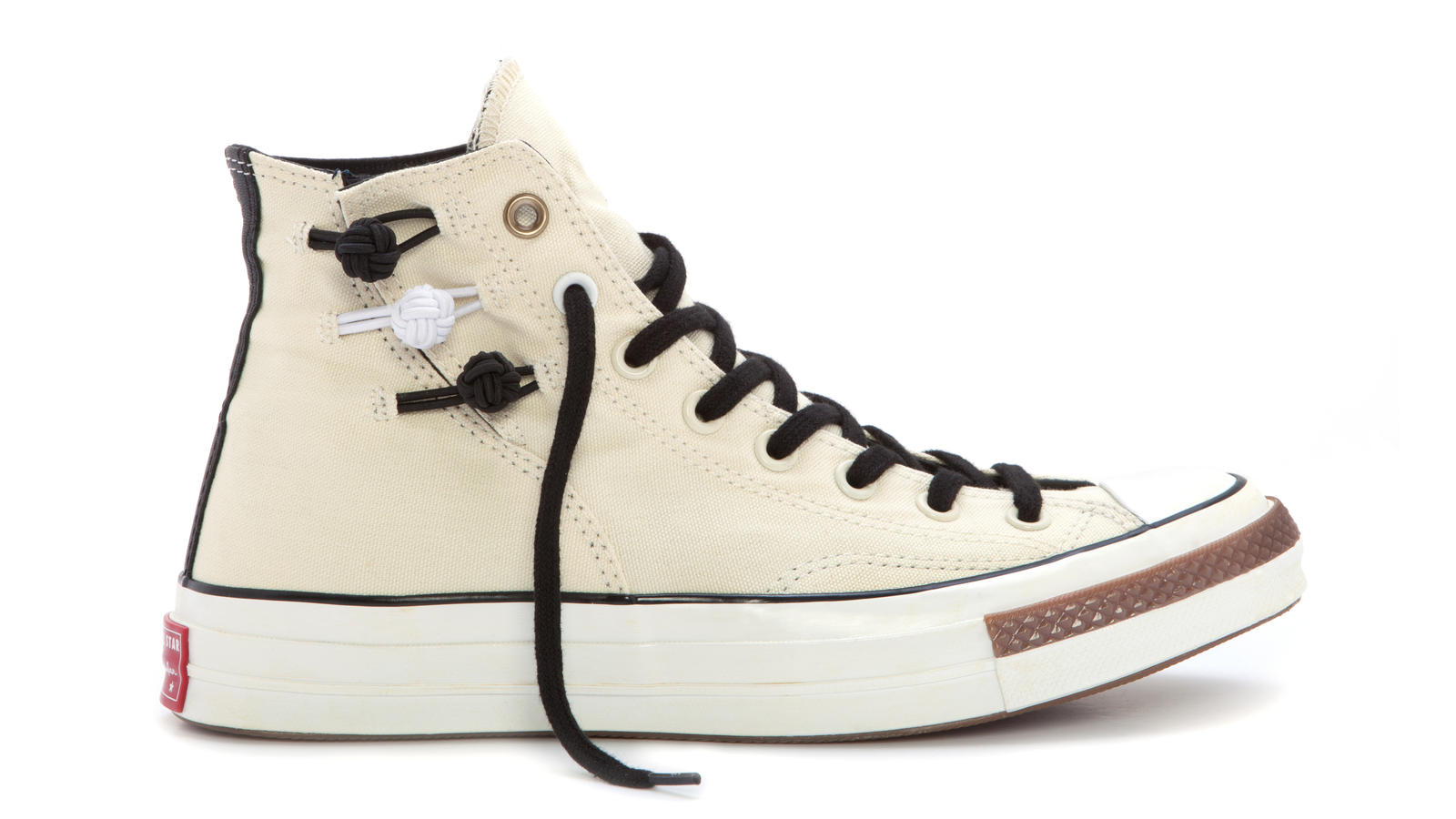 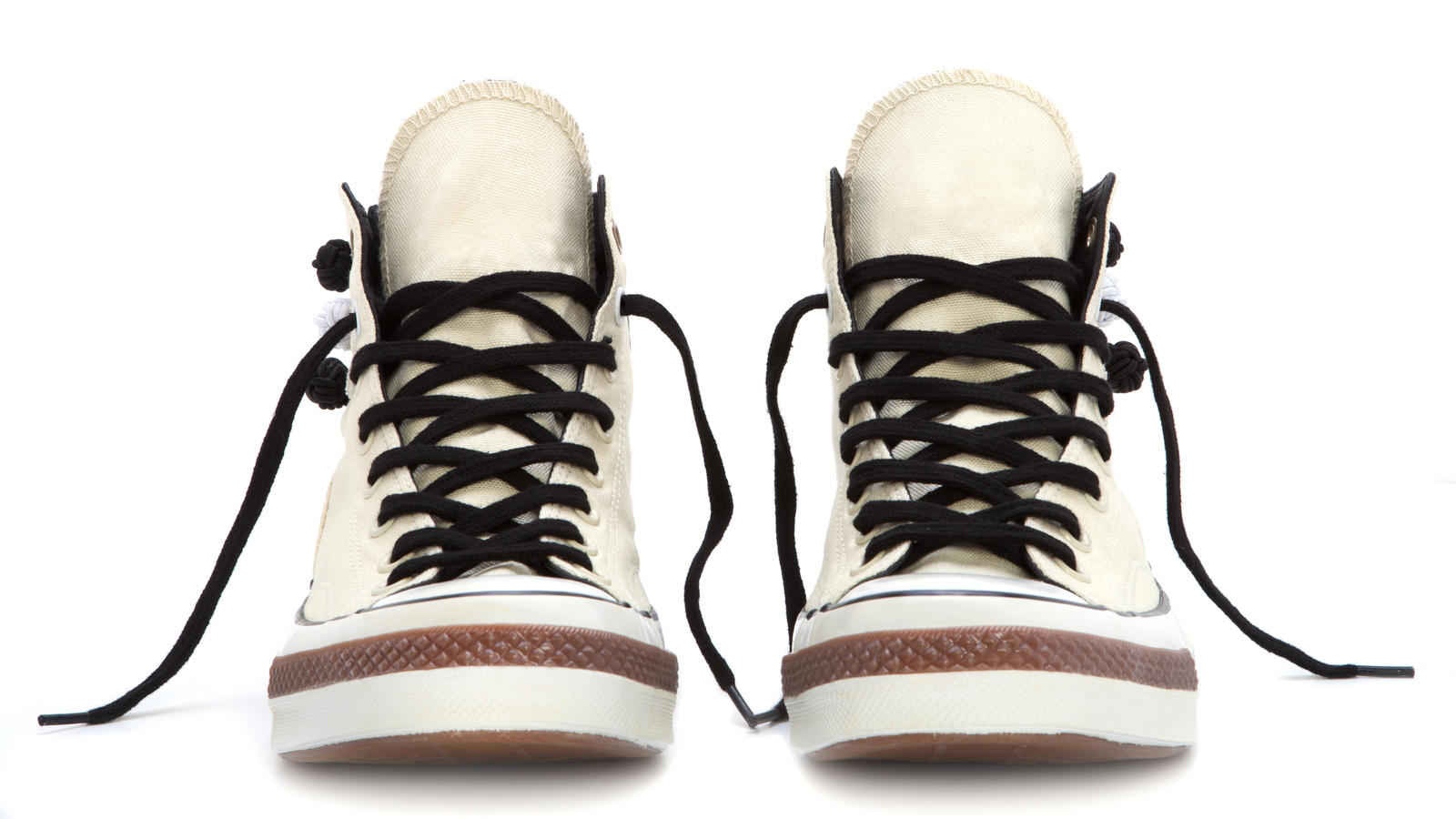 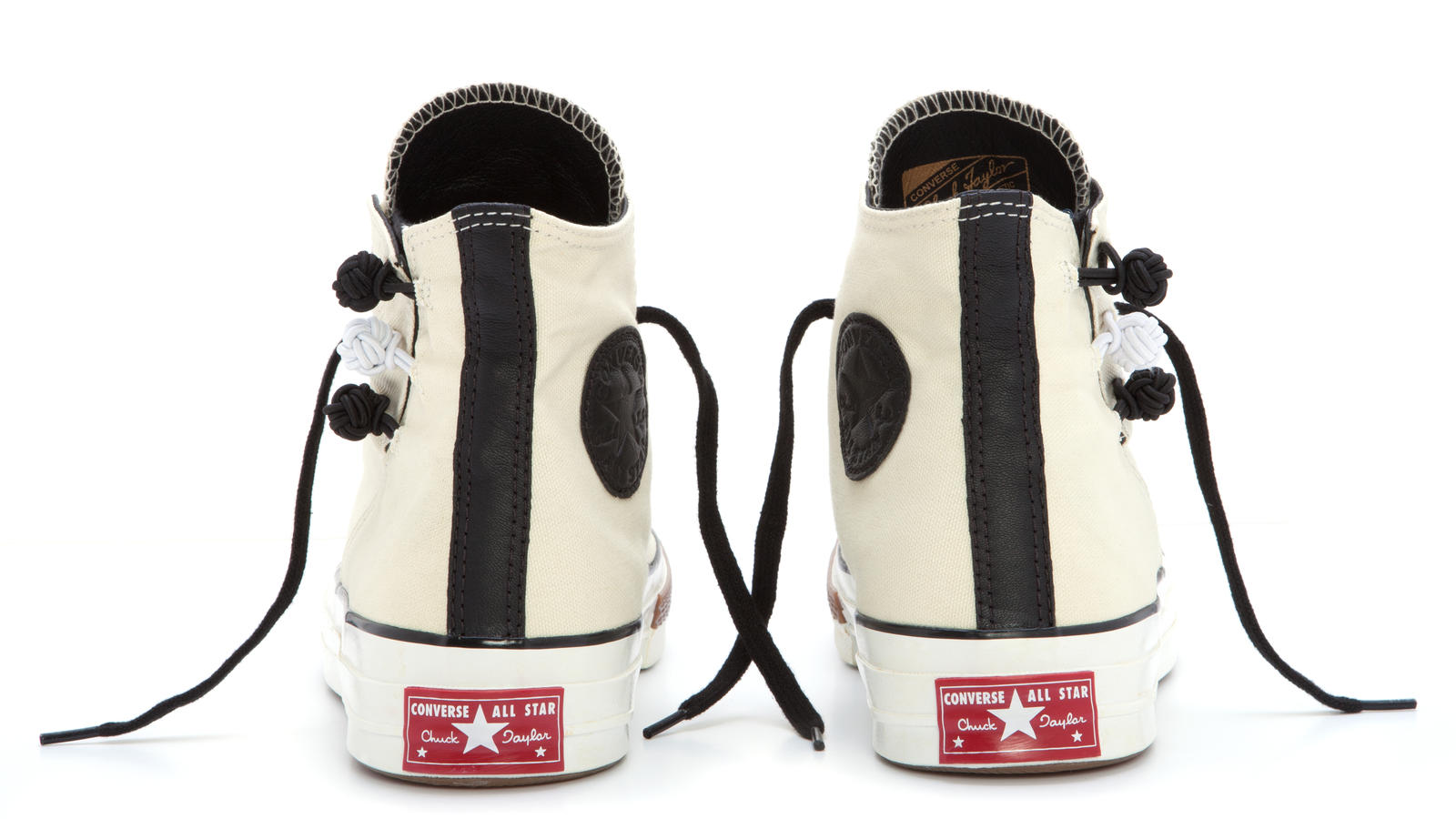 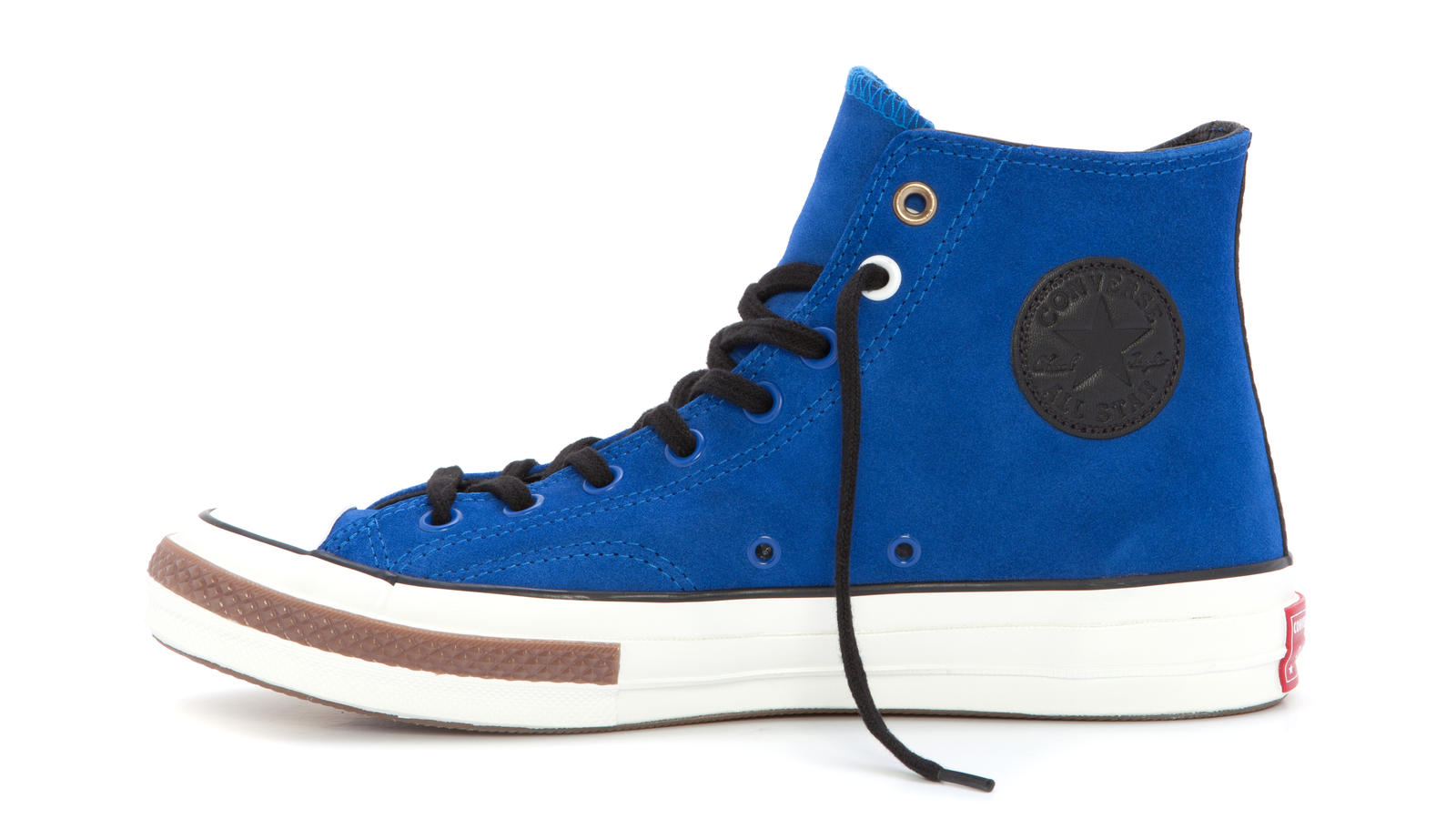 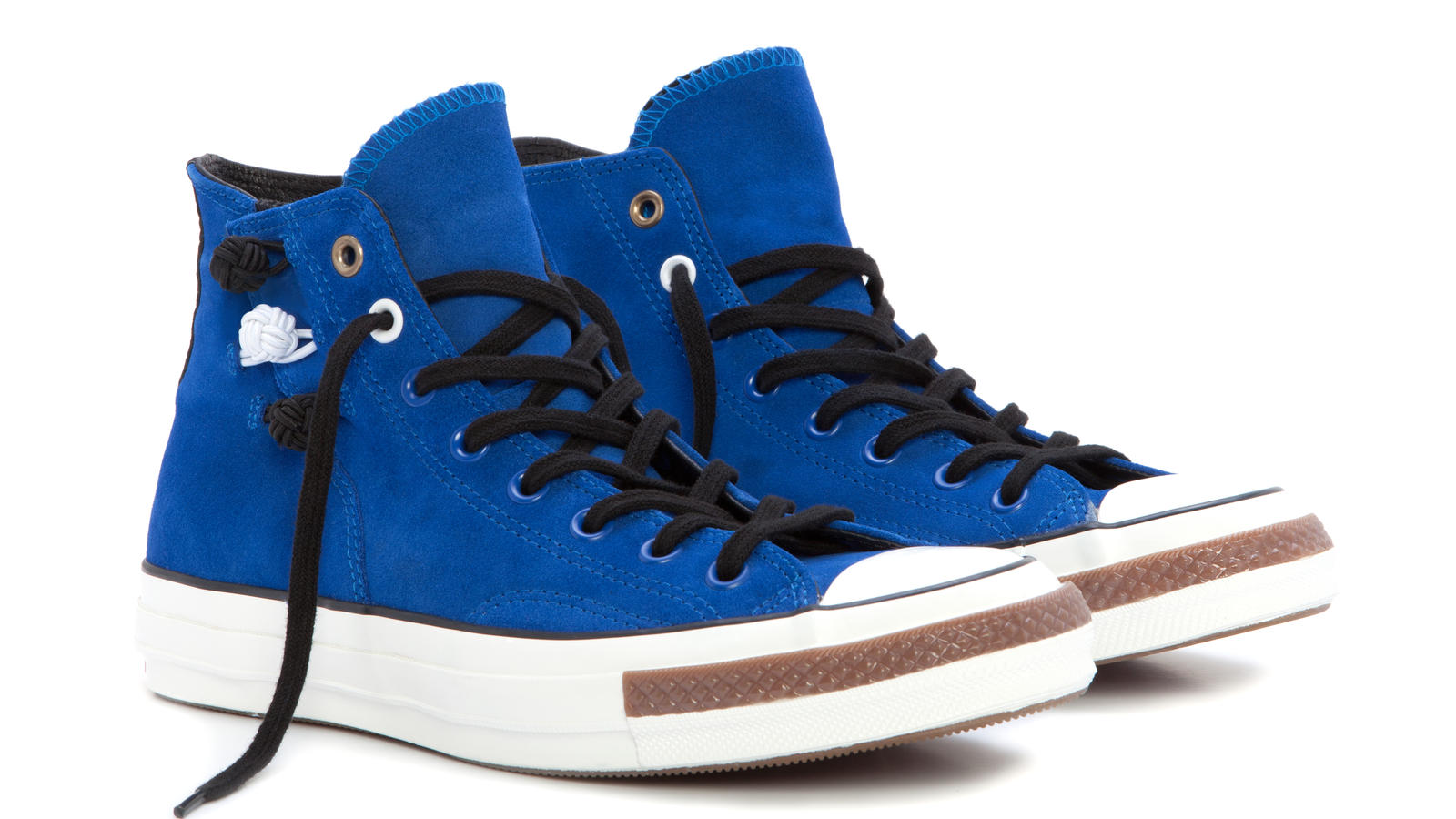 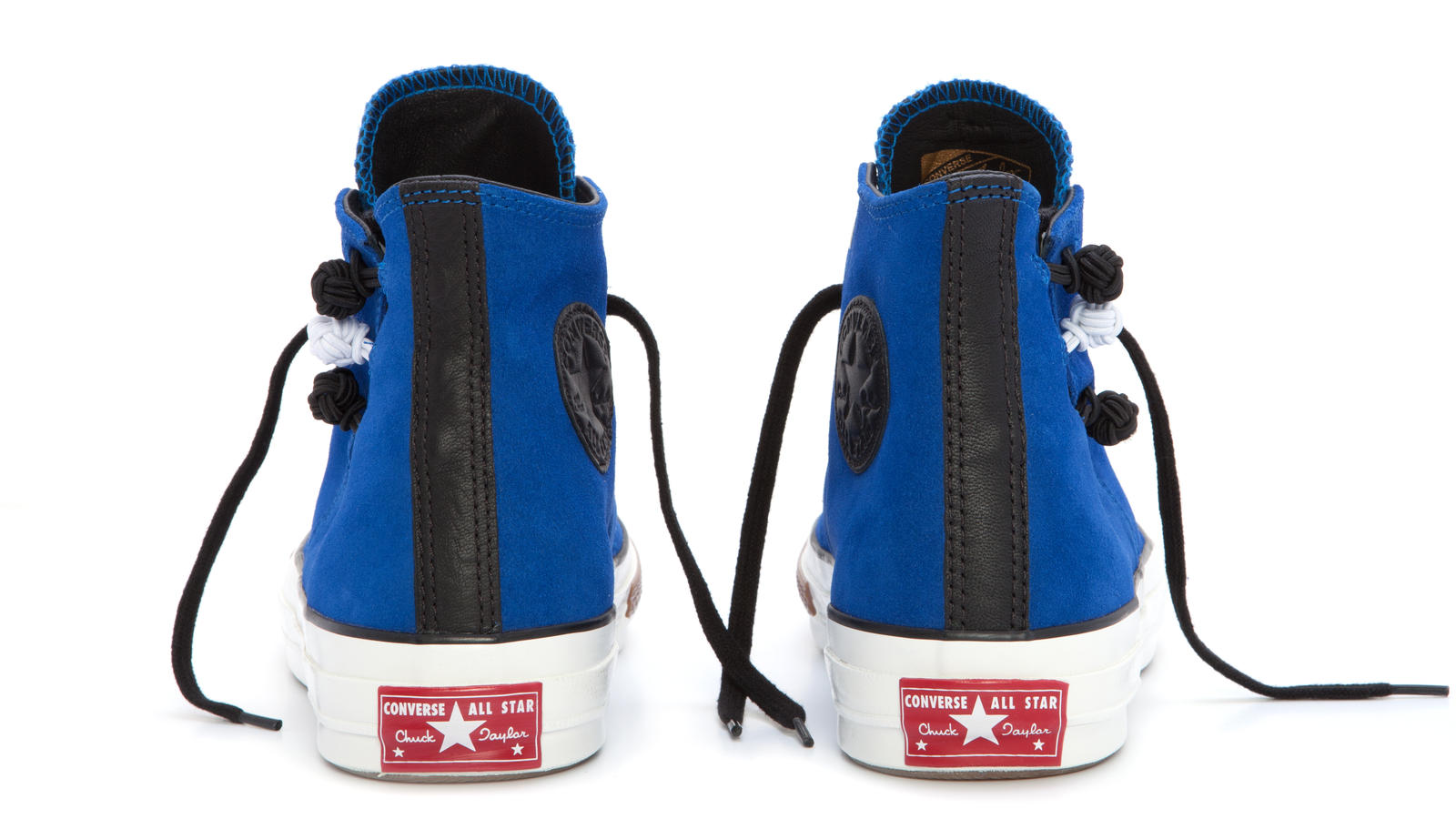 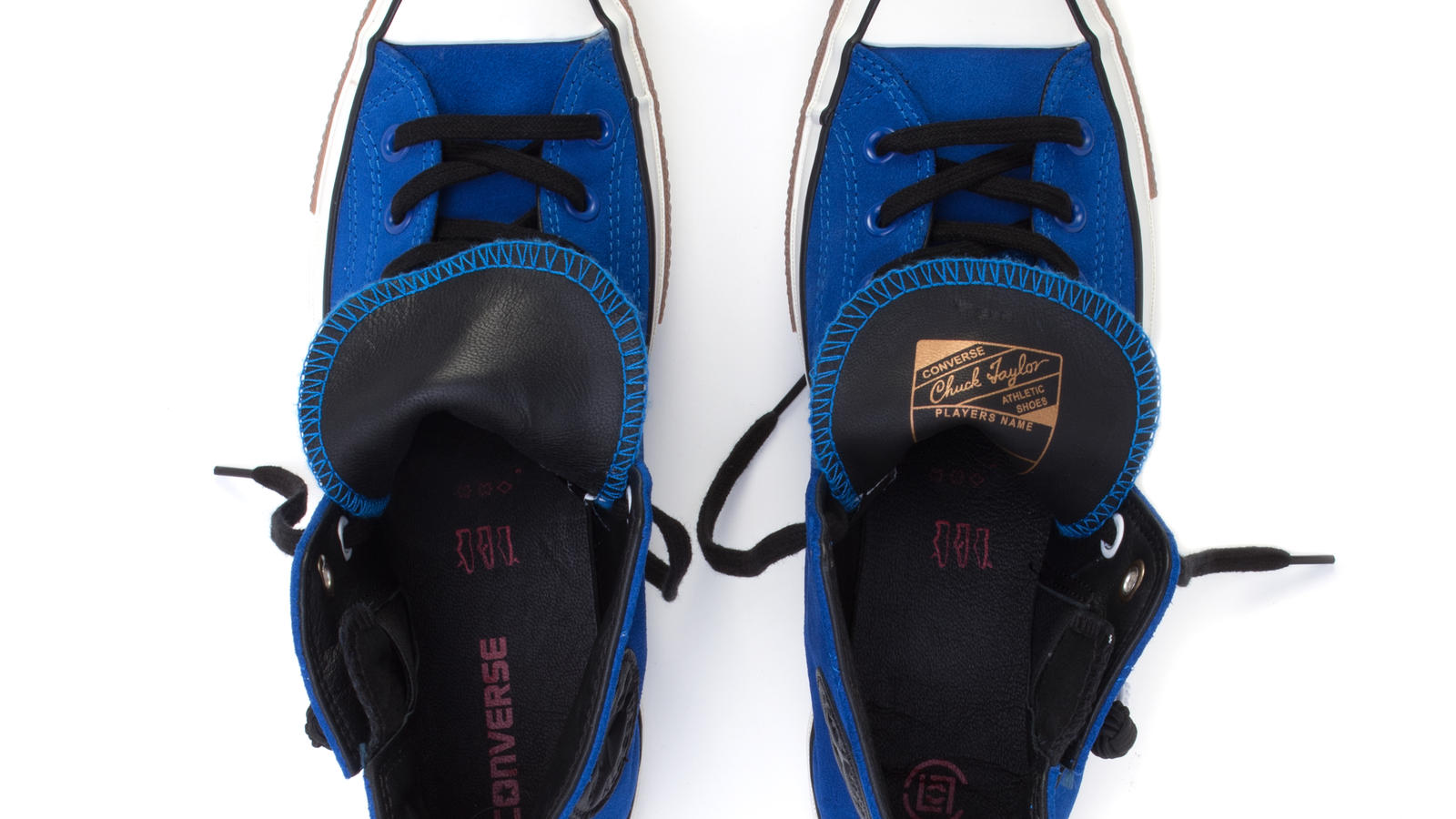 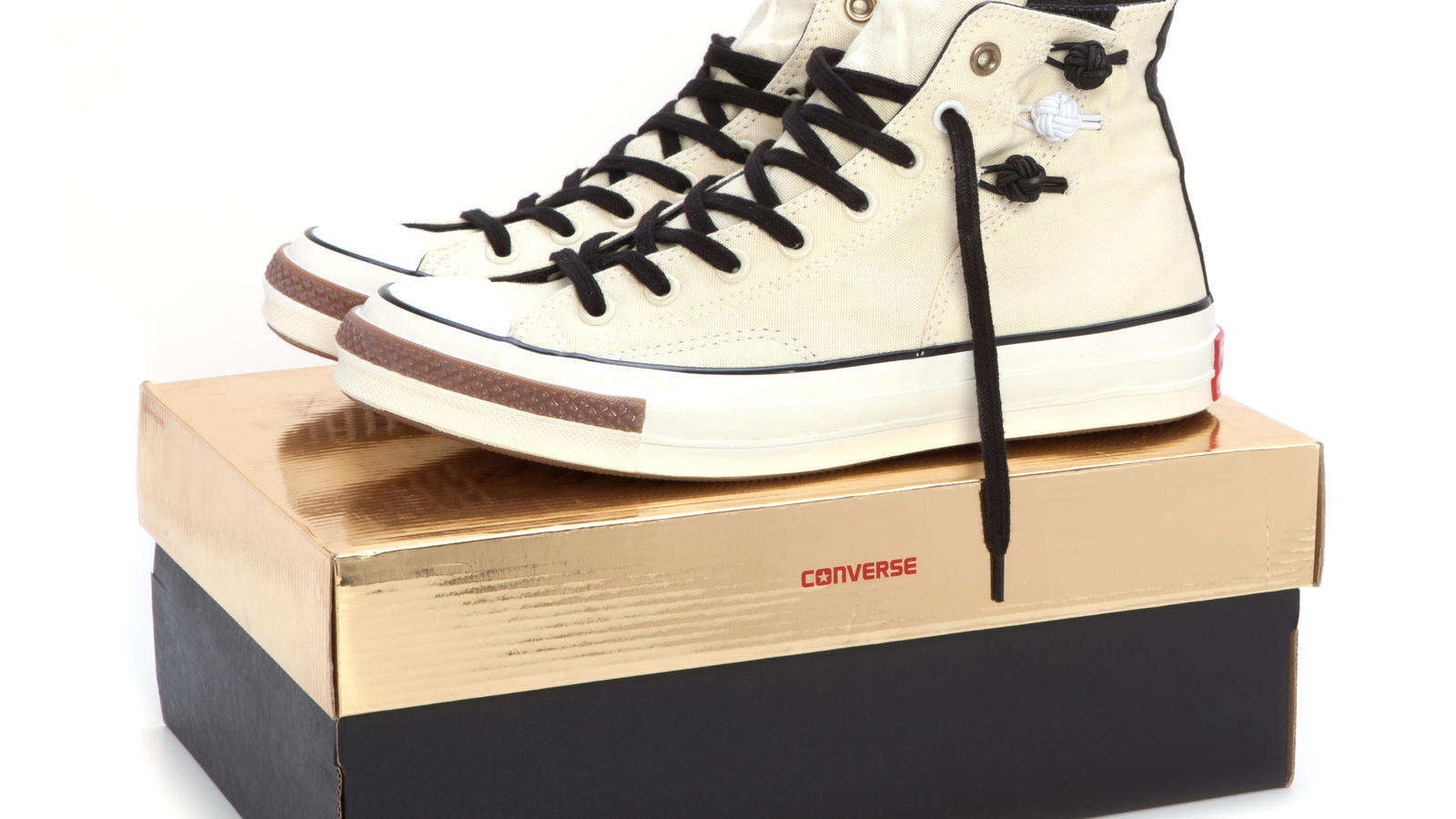 The new collection is inspired by CLOT’s ideology of East meets West, and draws direct influence from the Chang Pao traditional Chinese formalwear dating back to the Qing Dynasty.

The CLOT x Converse First String Chang Pao sneaker collection features a blue suede and white canvas edition of the “Chuck 70s” sneaker, each rendered with a classic gum sole, which has become a signature of the CLOT for Converse collaborative works.  Classic detailing is brought to life with three Chang Pao-inspired buttons stitched on the lateral upper and through gold, silver and white accents on the eyestays, giving the sneaker an authentic Chinese feel.  The collection also features the premium elements of the “Chuck 70” sneaker, including elevated foxing, added cushioning and a substantial toe box for added comfort, and comes with special packaging including a printed dust bag and an exclusive shoe box with a gold foil lid.

Converse First String is a limited-edition collection that celebrates craftsmanship, authenticity and collaboration at the highest level. The CLOT for Converse First String Chang Pao sneaker collection will be available in limited quantities beginning on Thursday, October 31 at the Juice Pop-Up store in Los Angeles located at 7667 Melrose Ave, the only US retailer to feature the product.  The product will also launch at Juice in Hong Kong, Shanghai, Taipei and Kuala Lumpur on Saturday, November 2 and at select Converse First String retailers worldwide on Friday, November 8. The sneakers will retail for a MSRP of $120 USD / HK$999 and will be available in men’s sizing from US 3-12.

Converse Inc., based in N. Andover, Massachusetts, is a wholly owned subsidiary of NIKE, Inc. Established in 1908, the Converse brand has built a reputation as “America’s Original Sports Company”™ and has been associated with a rich heritage of legendary shoes such as the Chuck Taylor® All Star® shoe, the Jack Purcell® shoe and the One Star® shoe. Today, Converse offers a diverse portfolio including men's, women's and children’s footwear, apparel and accessories. Converse product is sold globally by retailers in over 160 countries and through 79 company-owned retail locations in the U.S. For more information, visit Converse on the web at media.converse.com.

CLOT established proudly in 2003 by founders Edison Chen and Kevin Poon. Since then the company have built a reputation of selling lifestyle goods and launched its own line of products in 2004. CLOT collaborates with many international brands including Disney. CLOT and Disney have worked together to open a first-of-its-kind pop up store named “Man is in the Forest”. It features unique products of Disney, which were the result of collaborating with designers from around the world. The company’s ever-expanding business grew from music and fashion to design services, PR consulting and event organizing. Such aspects have led to the opening of renowned fashion store, JUICE, in major Asia cities such as Hong Kong, Shanghai, Taipei and Kuala Lumpur.

CLOT reflects the youth culture. By introducing a distinctive style in the community, their aim is to develop a sense of individuality which in return, adds life and character to the society. CLOT encourages inspiring perspectives and creativity in hopes to bridge the gap between the Eastern and Western cultures and ideologies.