Duel Down Under: Williams, Sharapova to Meet Once Again

In what marks an epic celebration of the greatness of two of Nike Women’s most storied athletes, Serena Williams and Maria Sharapova will square off for the year’s first major tennis prize Jan. 31 in Melbourne. 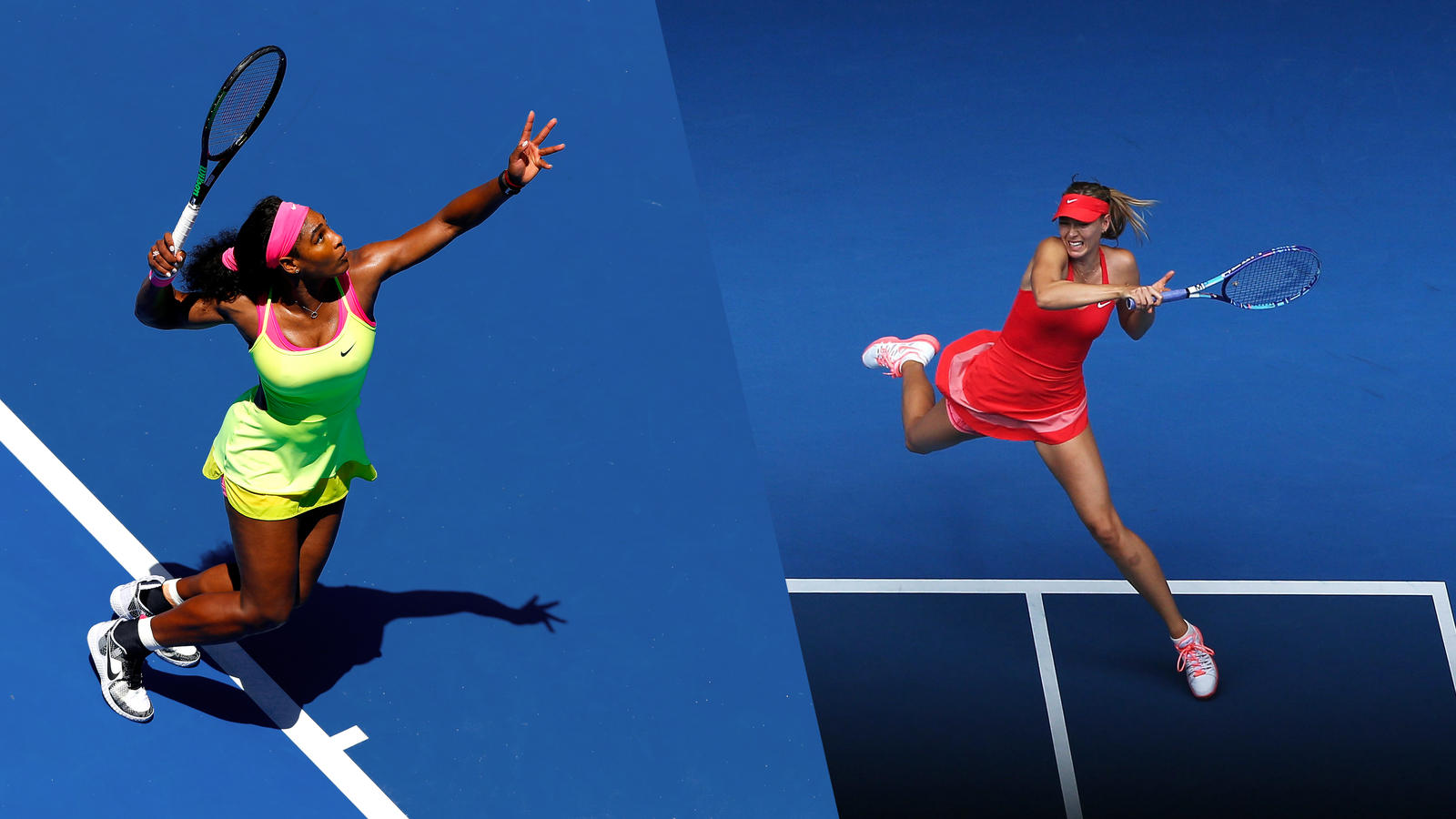 Serena Williams and Maria Sharapova will battle for the year's first major prize.

Williams and Sharapova enter the final as the top two players in the world. This juxtaposition is natural, as the pair has been at the forefront of women’s tennis for more than a decade. Their blend of strength and beauty on the court is unrivaled.

Fittingly, showcasing strength as beauty was part of the spring 2015 brief for the Nike Tennis design team. The looks that Williams and Sharapova are donning Down Under are striking examples of how strength can be beautifully showcased in apparel. Each outfit features a cut-out back for optimum ventilation and mobility. This innovation drives the aesthetic, as the cut-out backs elegantly display the muscular definition that both Williams and Sharapova have earned through years of dedication and discipline. 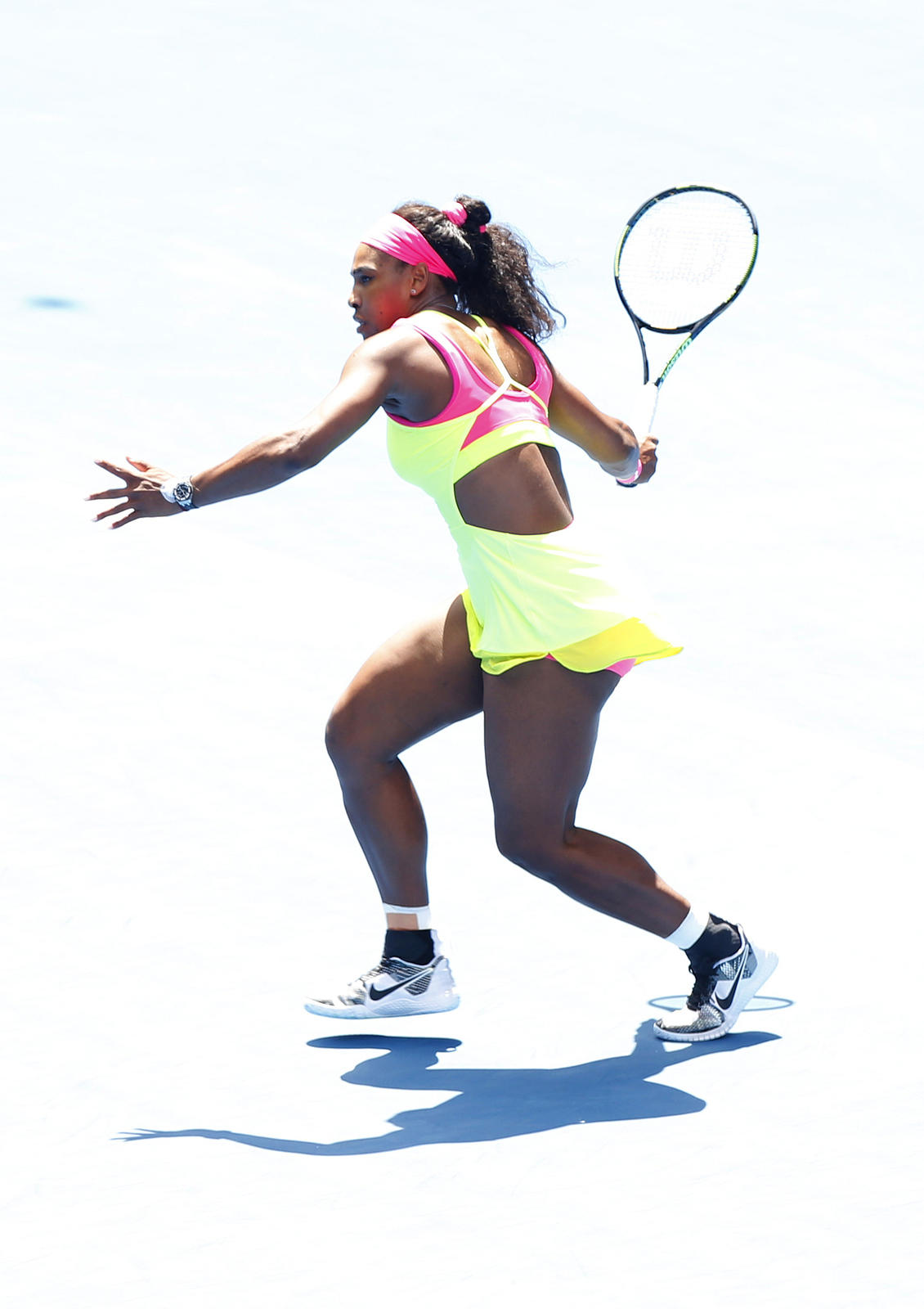 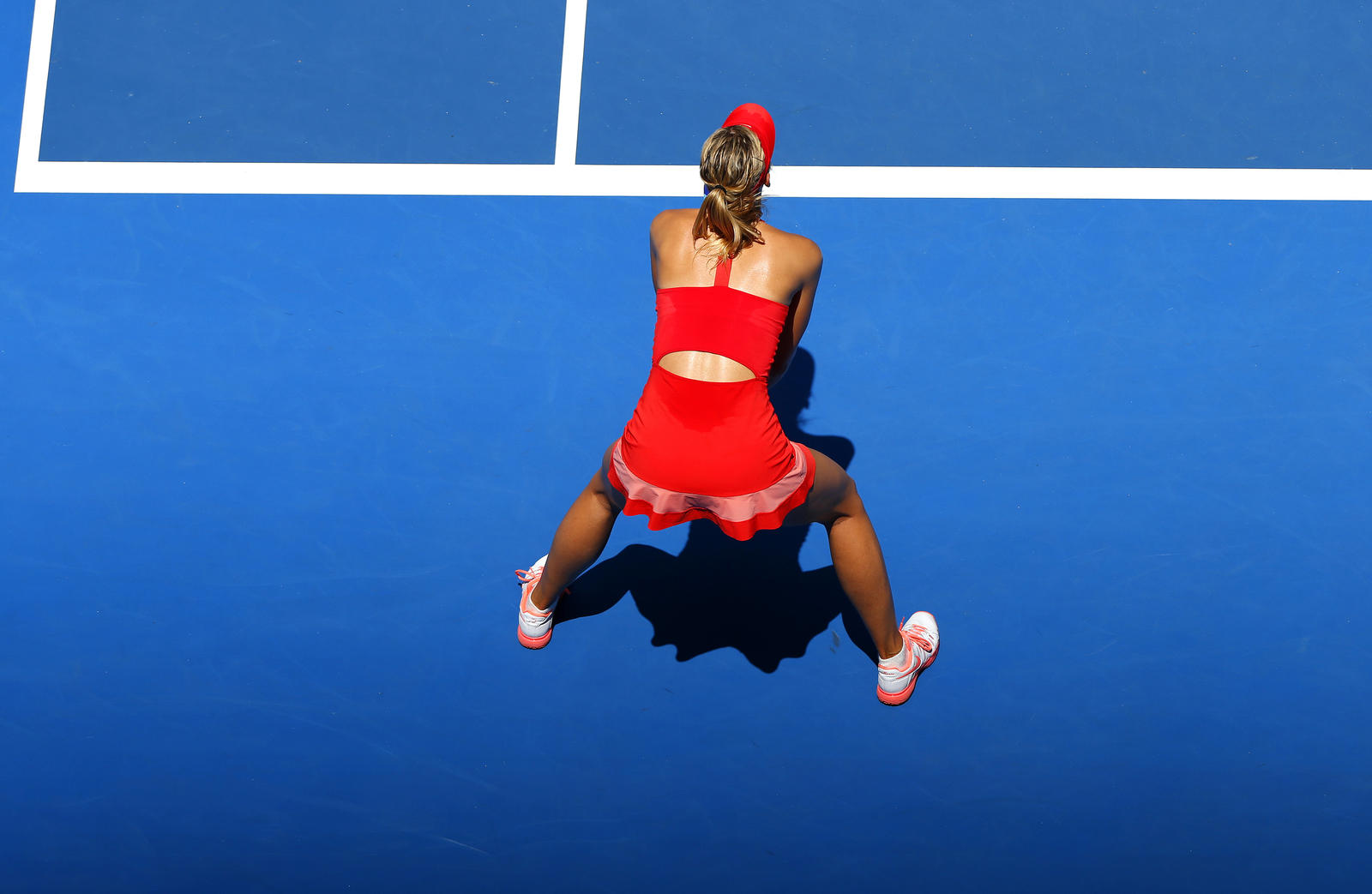 The looks appeal to both Williams and Sharapova’s stylistic sensibilities as well. Both athletes employ their passion for design when working with Nike apparel and footwear teams to create winning looks.

“I love apparel and fashion,” Williams says. “I went to fashion school, where I learned a lot about fabrics and techniques and what works and doesn’t work, especially when it comes to sport.”

Williams competes in the vivid neon Nike Slam Tunic and Nike Slam Printed Shorts, which feature breathable Dri-FIT fabric tailored to handle the intense sun and temperatures in Australia. The scoop-neck top and flat-seamed shorts are designed to enhance swing movement, comfort and speed on the court. 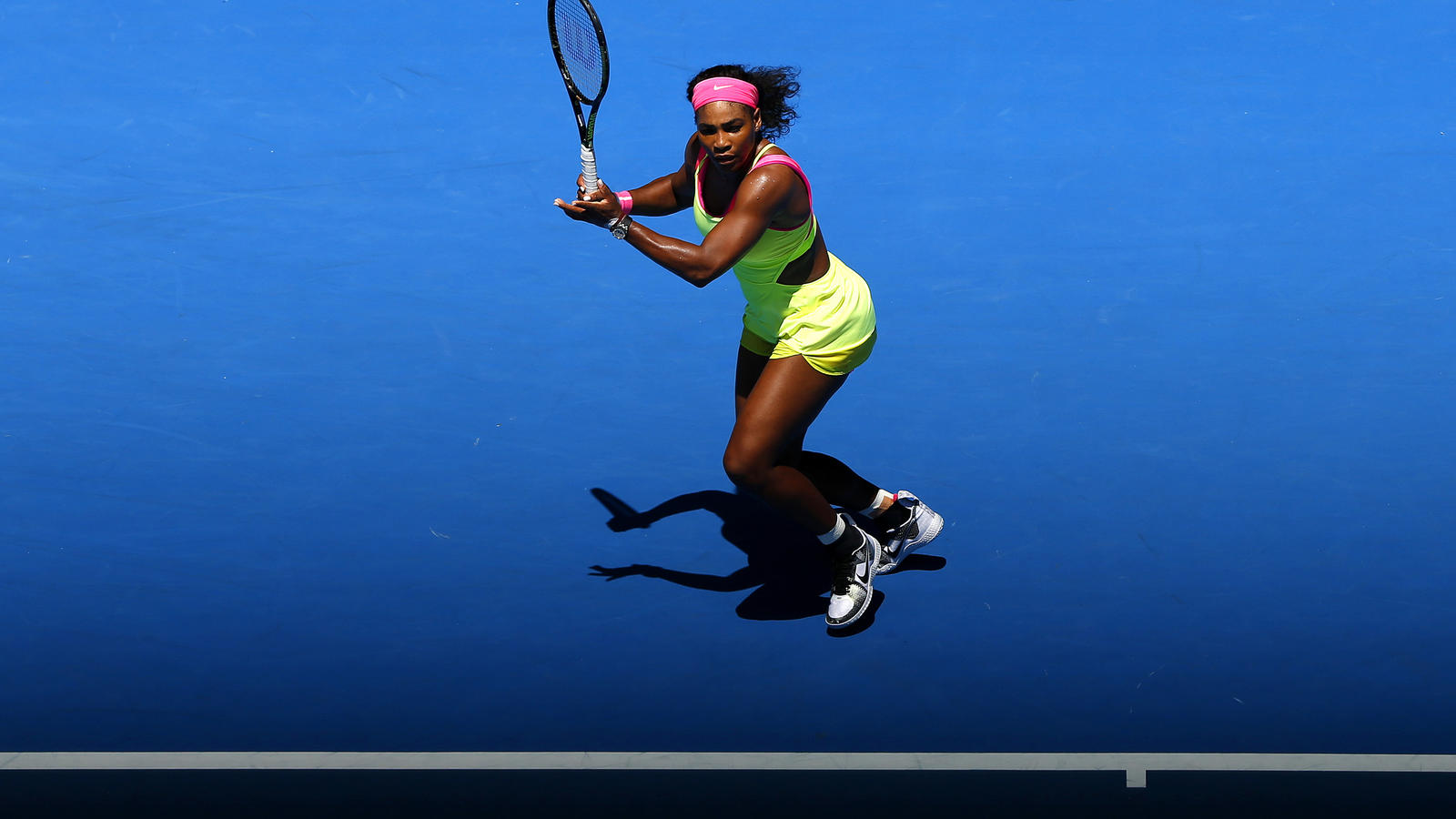 “I always want to look good on the court, and Nike’s product innovation makes it possible to also be comfortable and supported,” Williams says.

Sharapova wears the newest Nike Premier Maria Dress with a striking cut-out back for maximum ventilation and range-of-motion. The built-in bra and shorts provide stay-put comfort and support. 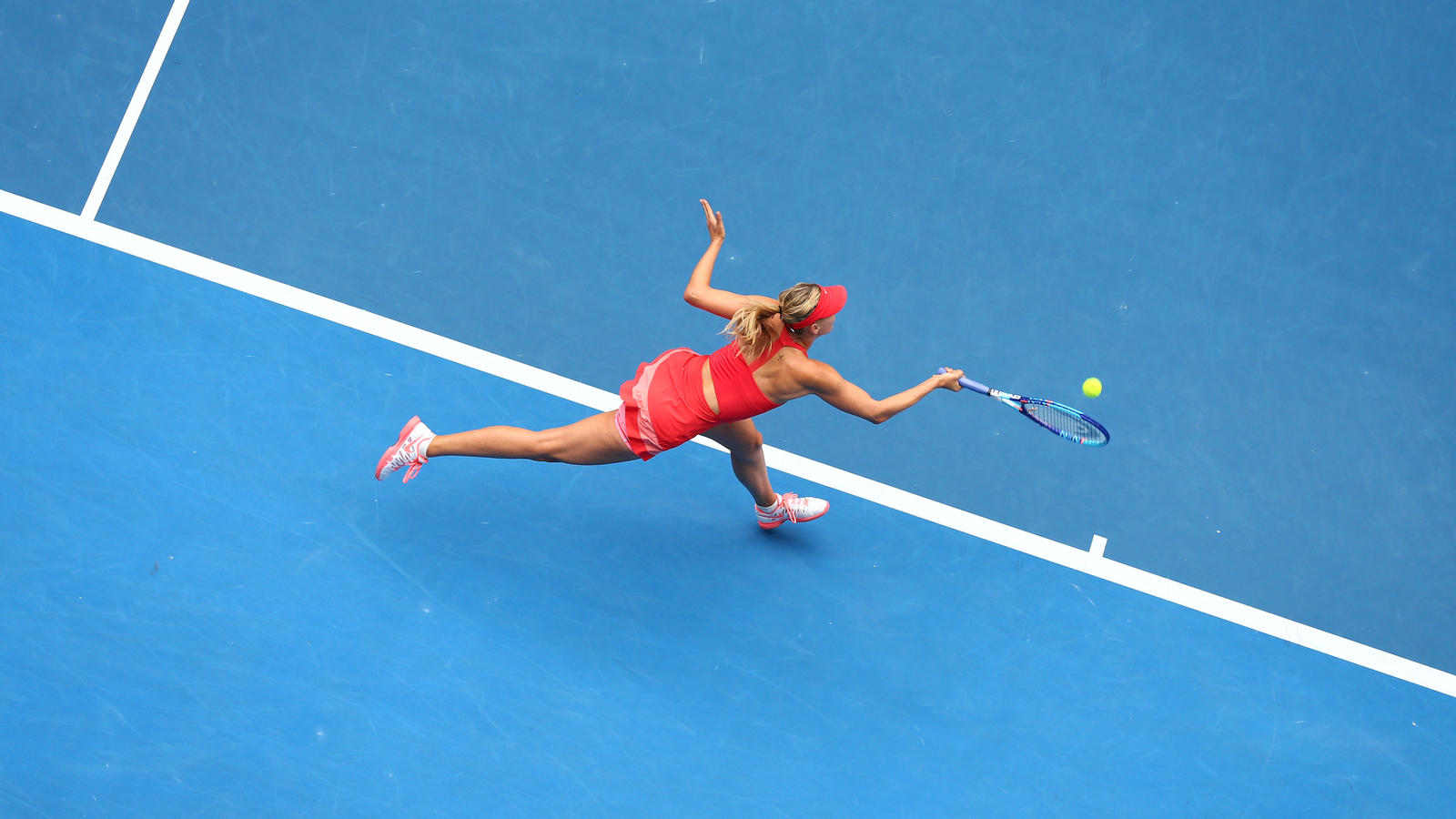 “I believe that when you look good, you feel good,” Sharapova says. “And when you feel good, you'll perform your best. So it's very important to be confident in what you're wearing.”

Williams and Sharapova’s tennis looks are now available on nike.com and at select Nike Tennis retailers.