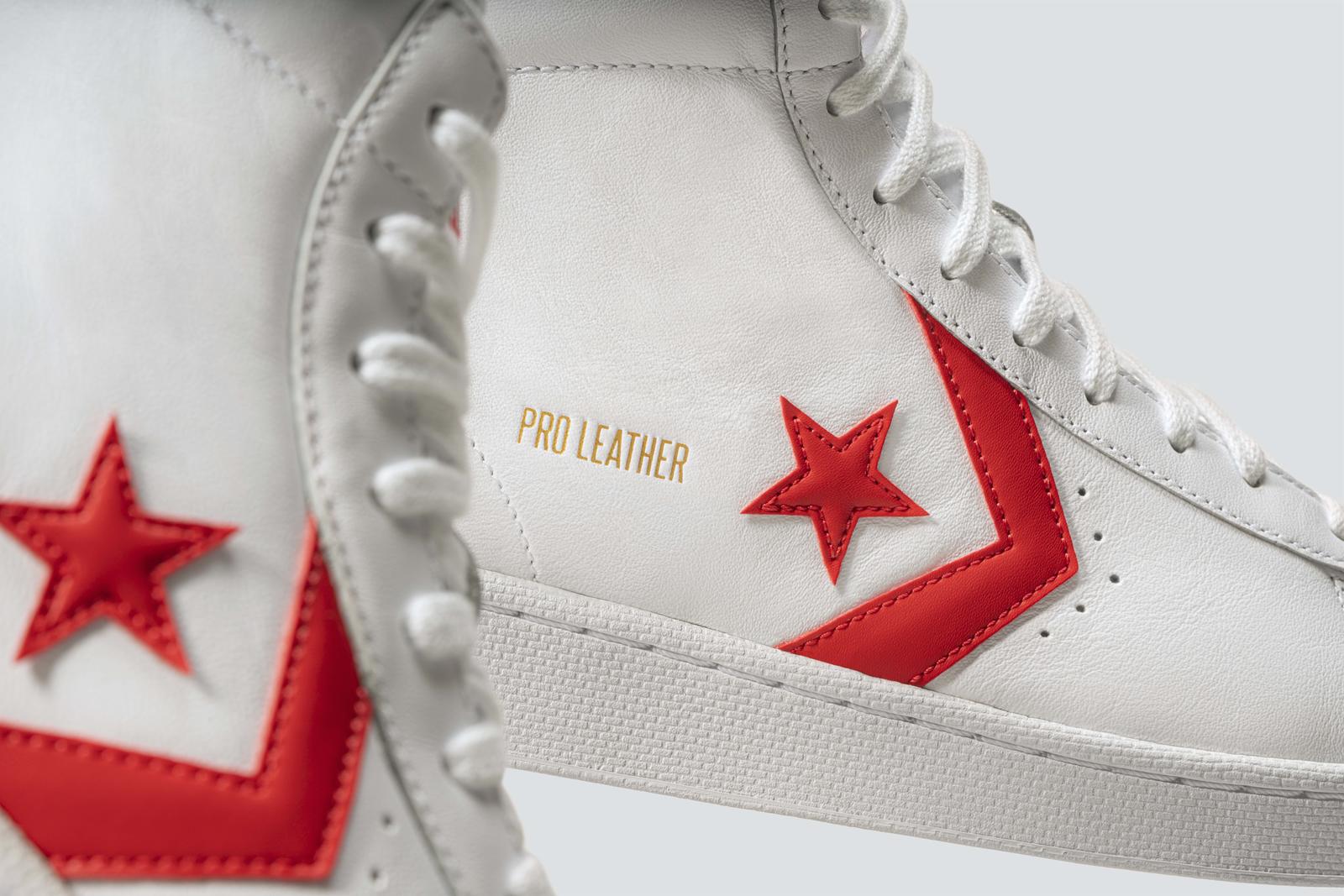 When Julius “Dr. J” Erving arrived in Philadelphia at the start of the 1976-77 season, he was not without reputation. The 6’ 7” small forward had already begun to redefine basketball with a high-leaping style that transitioned the slam dunk from a pure display of power into an artistic expression. The move to a new league not only progressed his smooth playing style, it solidified an equally sophisticated off-court aesthetic. Serving as something of a bridge, the shoe Dr. J made his signature, the Converse Pro Leather, premiered alongside Philadelphia’s new No. 6, and together defined a generational look. 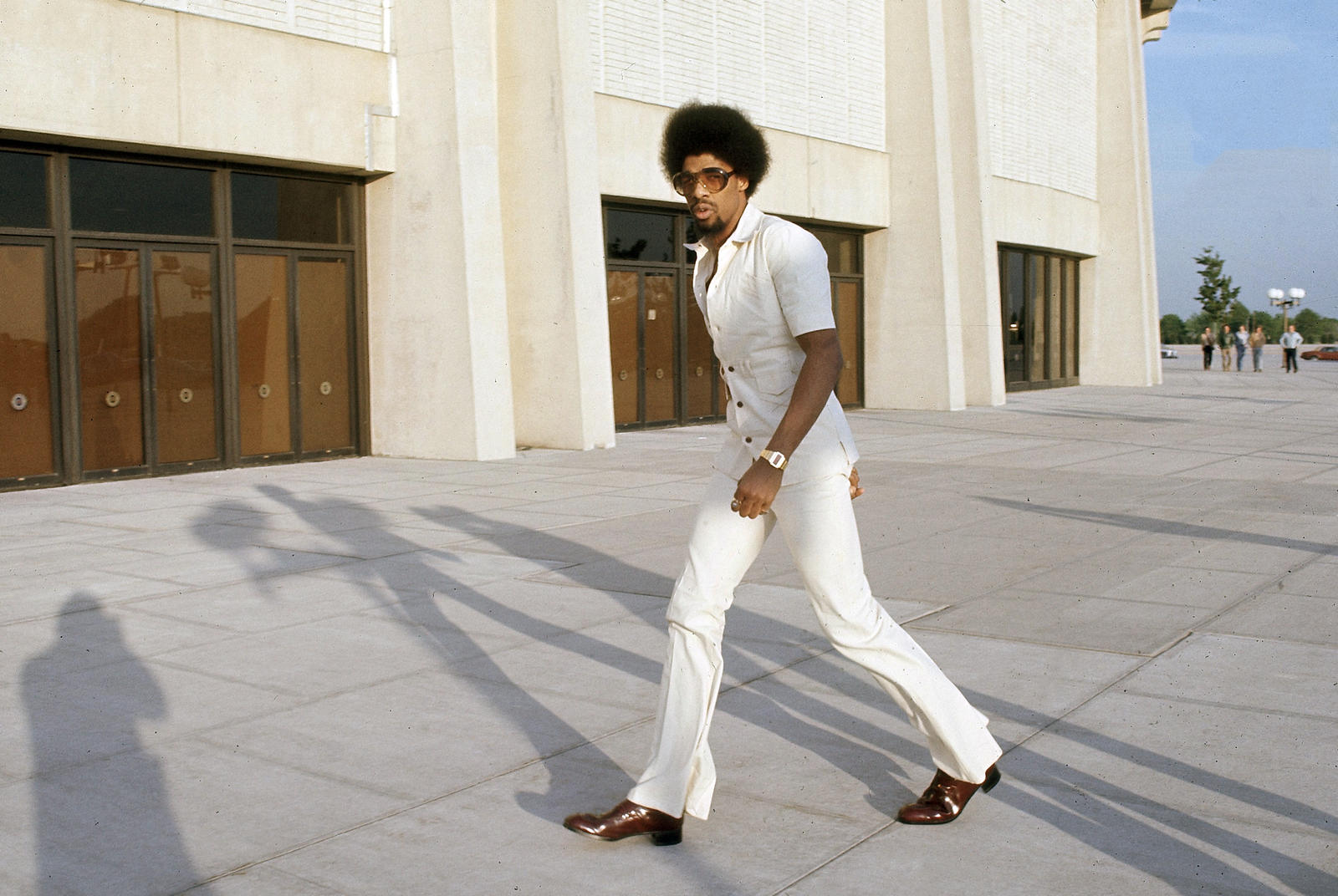 “The Pro Leather was a change from canvas. There were some experimental shoes before it, but this became the one to compete in,” says Erving. “The look was off-the-chain. It was a work of art.”

The shoe and Erving’s play existed in a cultural milieu soundtracked by funk, soul, rhythm and blues and jazz fusing it all together. The era’s famed R&B singers were attending games, singing national anthems at All-Star weekend and creating a clear connection between the spectacle of pro sports and the pulse of culture. In Philadelphia, jazz star Grover Washington Jr. was a regular at Erving’s games and often performed before the biggest contests. In 1980, he dedicated his song “Let It Flow (For 'Dr. J')” to Erving, an expression of both friendship and the rooted intersection between basketball and music.

“I spent a lot of time with musicians in that era — athletes and musicians were all hanging out together,” says Erving.

Athletes and musicians alike set the tone for the era’s street style as well. Experiments in textures and layered looks (such as a roll neck under a shirt or jacket) were common, and custom suiting allowed for a friendly competition. “I evolved into leading the class style-wise," says Erving. "I was fashion conscious. Once the door was open for me to discuss custom tailoring, I was into it.” 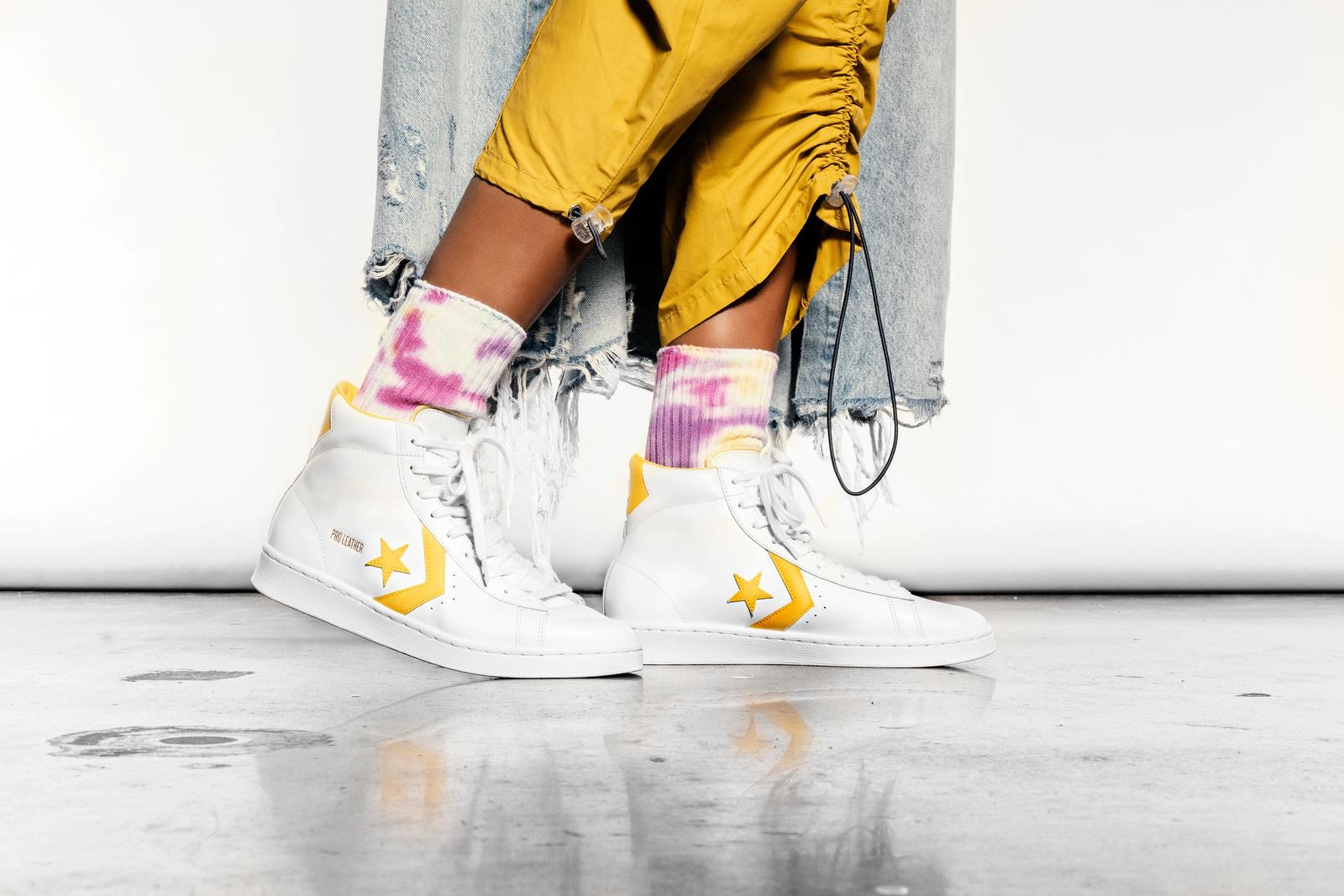 The latest incarnation of the Pro Leather

Sneakers were transitioning too. The Pro Leather’s simple elegance served a generation that was the first to boldly break down traditional rules of dress by changing the context of sports footwear. “When I was growing up it was shoes for the classroom and sneakers for the gym,“ says Erving. “During my last year in Philadelphia, we had Tuxedos and Tennies night at the Spectrum. Everybody was dressed up and in their tennis shoes. That mix was becoming acceptable in fashion circles, and that night was huge evidence of the shift.” 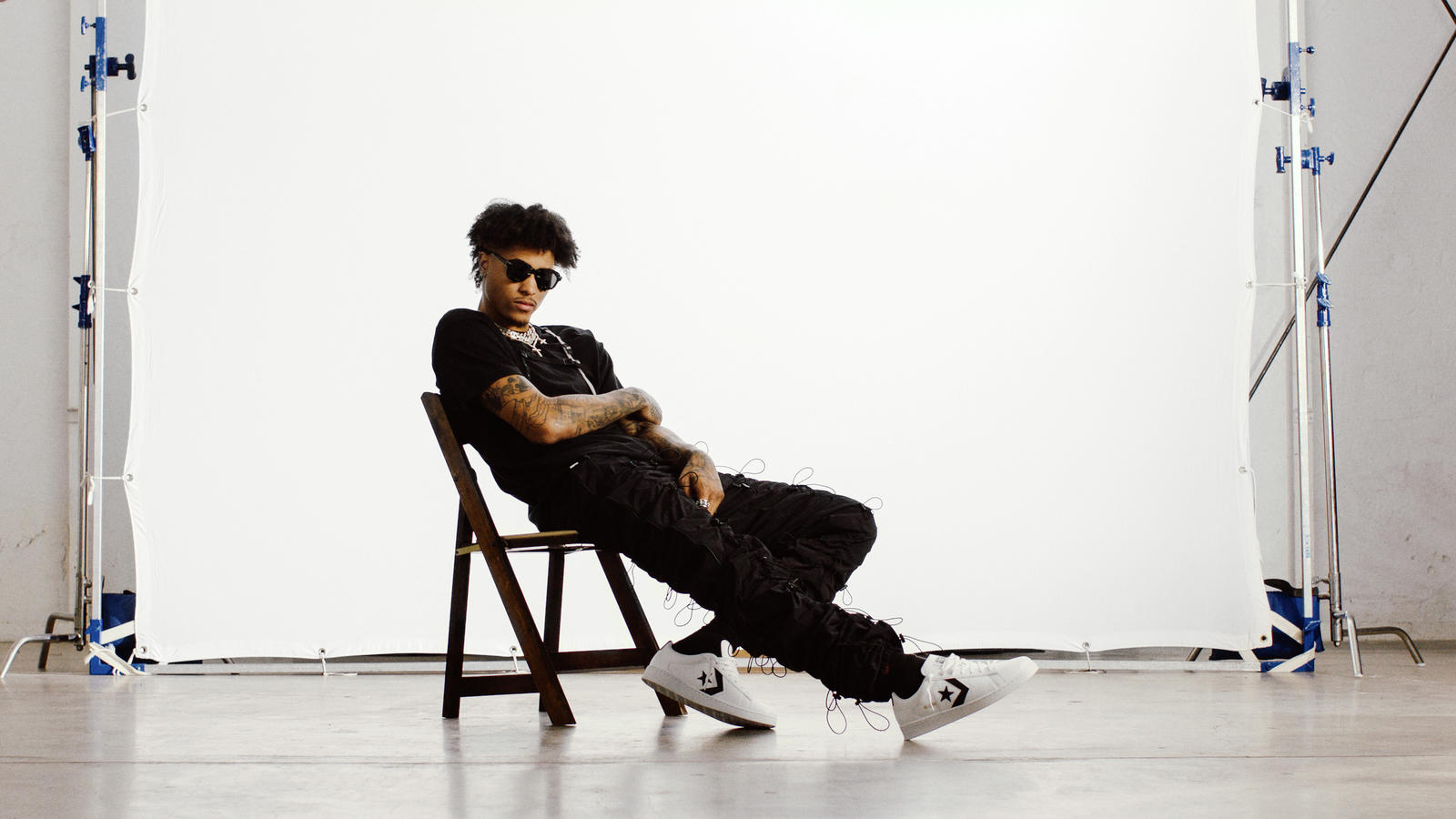 Today, sneakers are no longer a playful accent but a standard element. Still, the creative spirit of the late ’70s and early ’80s remains in those who push the dynamics of street style and sneaker culture. And in them, the same fusion that characterized an era where streetball and pro play merged and musical styles and new icons found footing in multiple arenas allows for a series of new firsts.

The Pro Leather releases October 24 in the white/red make up made famous by Dr. J. A trio of equally clean, sharp color schemes are available from early 2020.