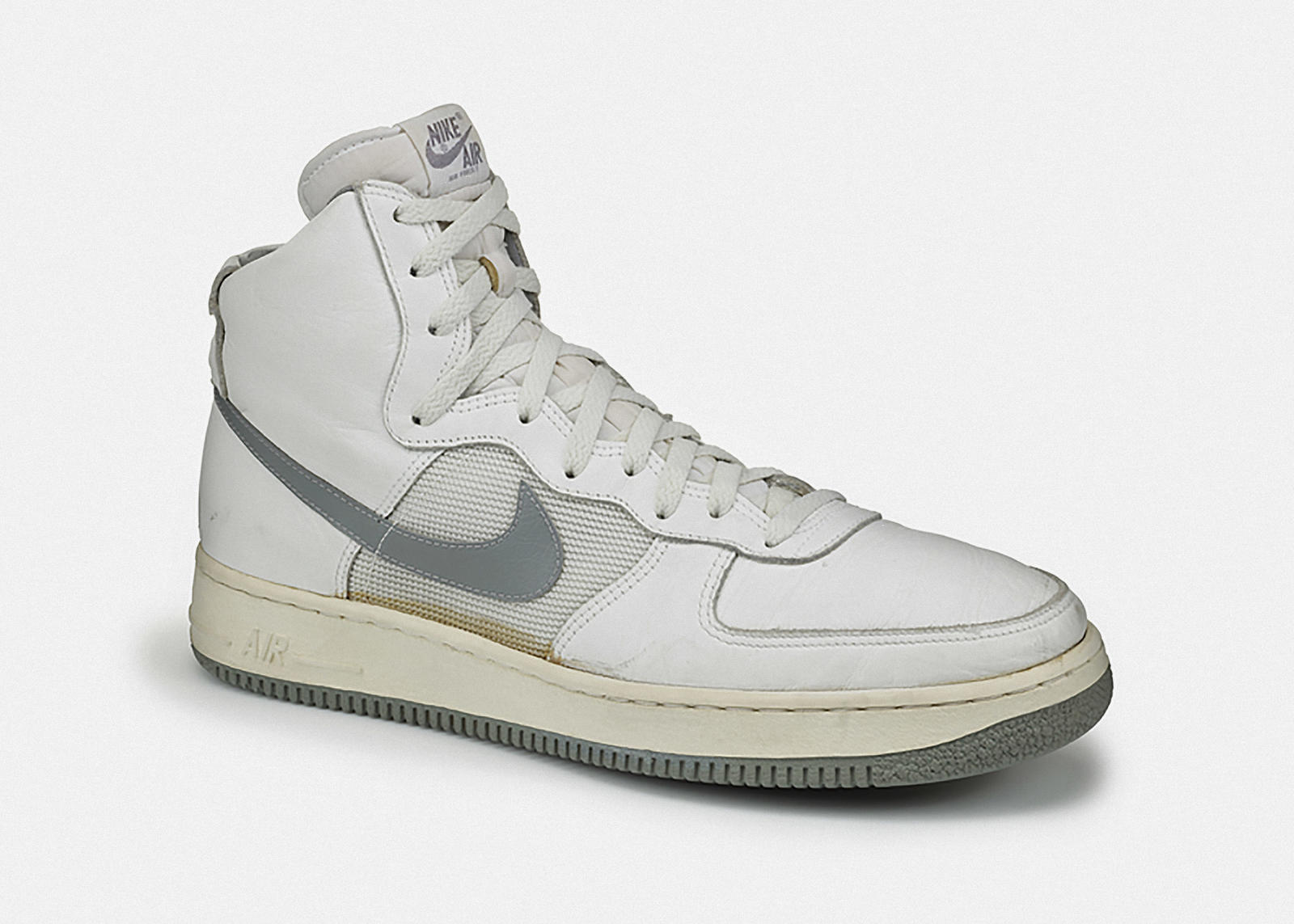 These days, the word “icon” is casually applied to everything from online video clips to sweet potato pies. By formal definition, however, an icon is a “person who is very successful and admired” or “widely known symbol.” The Nike Air Force 1, which debuted in 1982 and has since served as a canvas for artist and designers of all ilk, indisputably achieves this latter classification. In its mutability, the shoe has become a global street culture standard. But it is the fundamental form of the Air Force 1 — defined by its creator Bruce Kilgore — that has facilitated the icon's enduring status.

Here, Kilgore shares his memories of the original design process and his surprise of discovering that the silhouette had, in effect, “blown up." 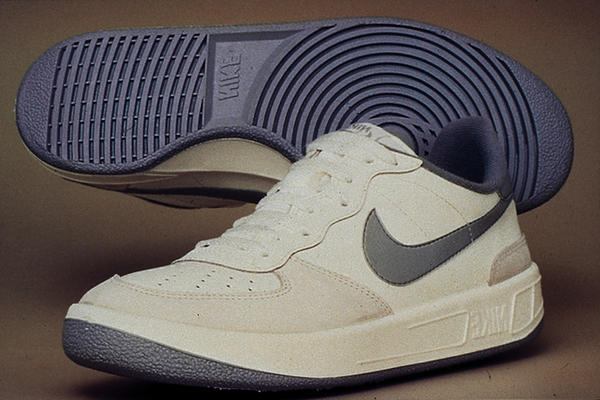 "It was my first basketball shoe," notes Kilgore. After the Air Force 1, Kilgore continued working on court shoes. He created a tennis line-up that included the Avenger, Adversary and Air Ace (at left), as well as the Nike Air Pressure and the Air Jordan II.

After some initial manufacturing mishaps, Kilgore's drawings finally found the form we know today — thanks to some sage advice from a sock-liner distributor. "He said, ‘I can get that mold made for you. I guarantee either the tooling will be right, or it will be free,’" Kilgore recalls. "So I gave him the drawings, and maybe five or six weeks later he brought me some soles, and they were perfect. He introduced us to the mold makers in Spain and then, through us, they were taught how to make multicolored midsoles and cup soles."

The Air Force 1 was initially built in the USA and was the first slip-lasted Nike shoe, a construction method wherein the upper is pulled over the last and then attached to the midsole. "We were just learning how to do that in Exeter, [New Hampshire, home to Nike's first Sports Research Lab]," Kilgore remembers. Some running shoes were being made nearby in Maine, but the Air Force 1 became part of a production center on Water Street in Exeter, which also produced the Nike Rivalry.

Wear-test samples of the Air Force 1 were delivered to college players by Kilgore himself, who — along with another Nike colleague — loaded up a pickup truck with samples and hit the road. "We just drove around. He knew the schools and the people of them. I was just the designer along for the ride, there to talk to the athletes and get their responses." 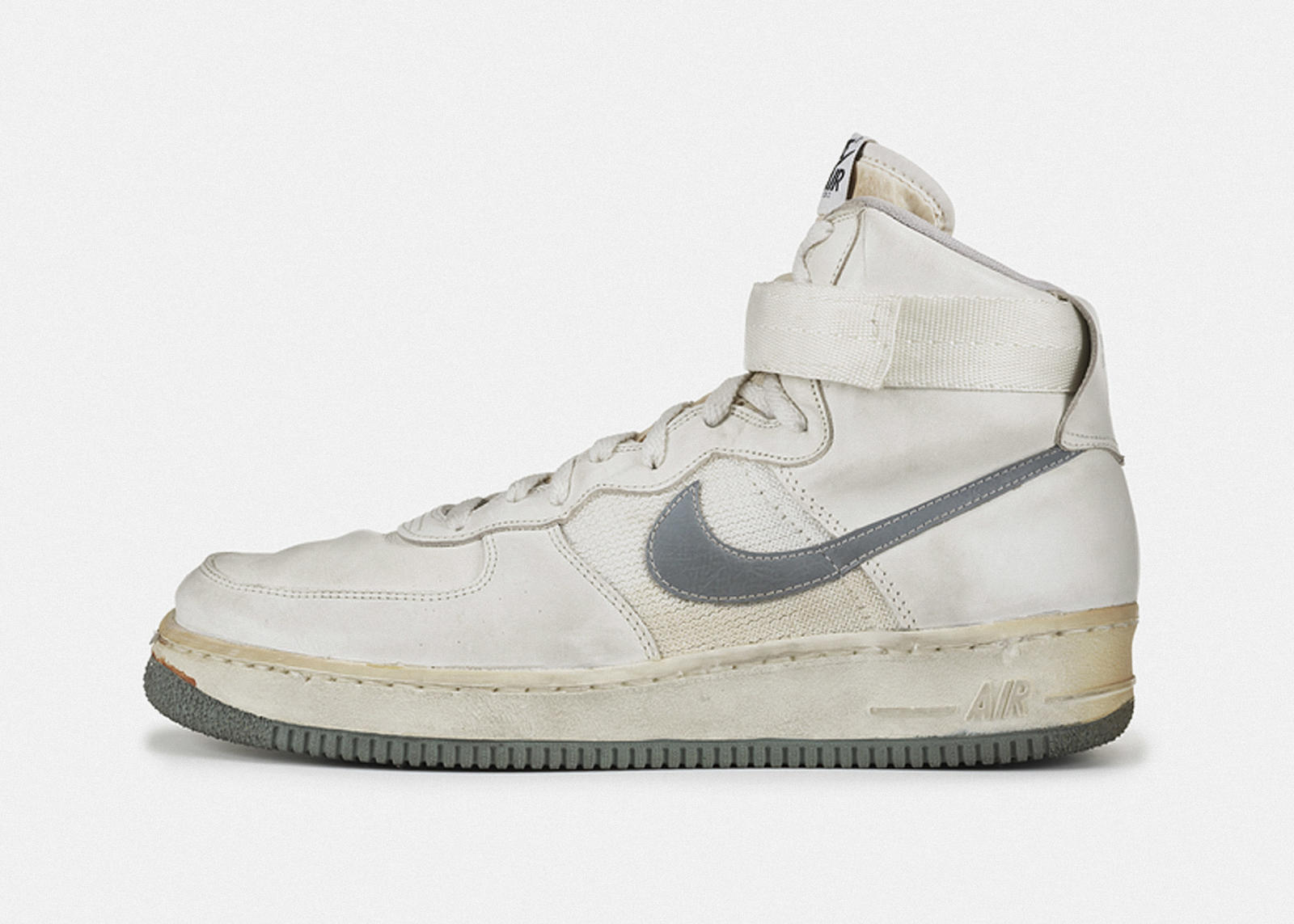 It wasn't until five years after the shoe's initial release that Kilgore realized how popular his design was. "I was in Taiwan in 1987 and had gone to see a factory, and they were telling me about the Air Force 1. I said, 'I didn't realize we were still making it.' And they said, 'Yeah, man, we're always making the Air Force 1.' I was completely clueless."

Kilgore doesn't have any original AF1 shoes in his archive. "Somebody told me they were doing a tour and the shoes never came back. The original size 8s I made for myself are gone. Whoever has them, I'd like them back." Still, he isn't suffering for exclusives.

While Kilgore doesn't wear an Air Force 1 very often when he does it's a very special one-of-one edition from a fellow Nike designer. "Mark Smith made me a custom pair, engraved with some personal memories. It has some memory foam on the inside, along with some personal comments on the sock liner. Those I cherish and continue to wear."