It’s about 2,200 miles from where DeMar DeRozan grew up, in Compton, California, to Toronto, Canada — although sometimes it must have seemed much farther. Like when he was drafted by Toronto in 2009, as a 19-year-old college freshman. Now? Now he’s 26, a league fixture and a two-time All-Star who has made the city his home. And with the 2016 game in Toronto, he gets to play host. 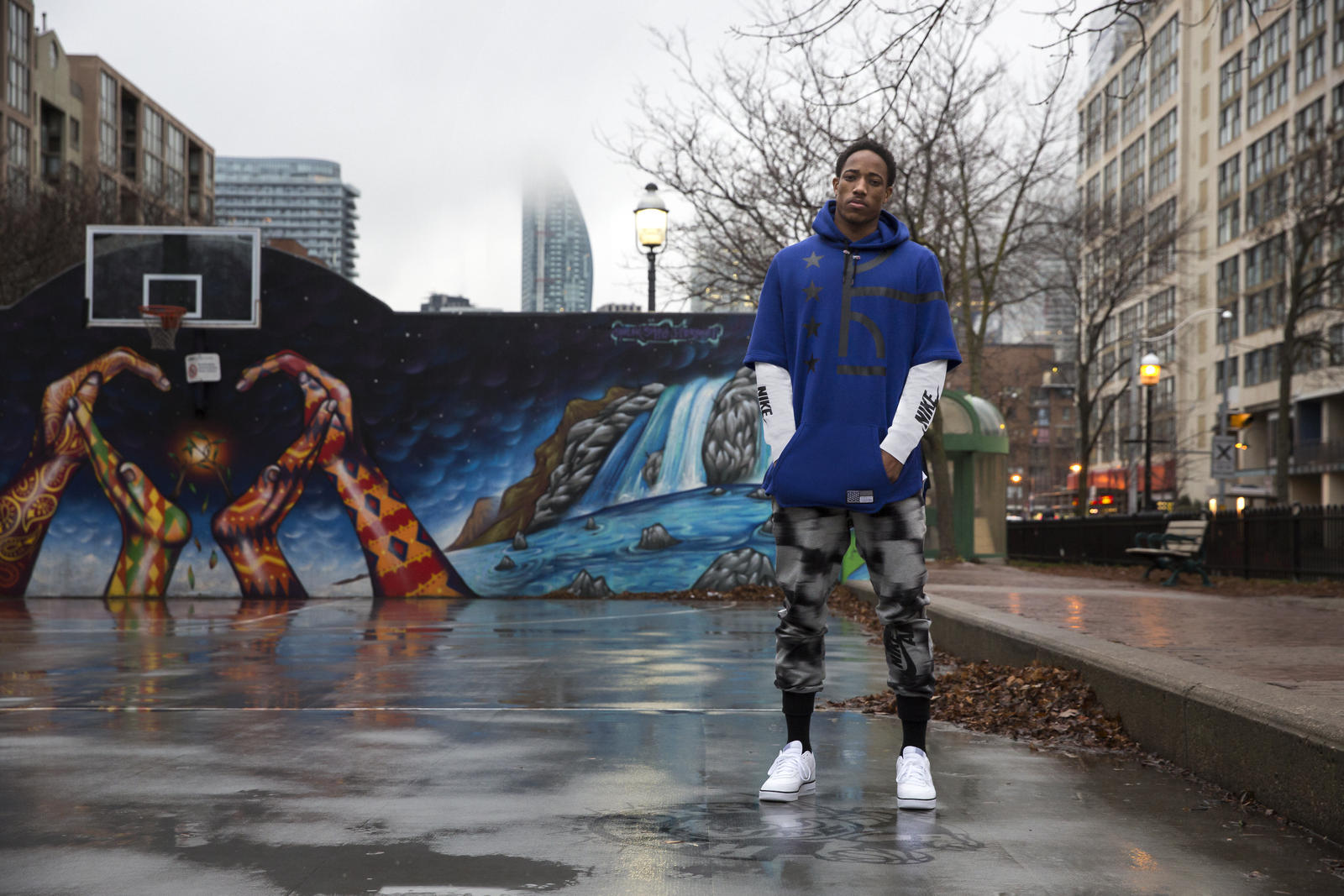 DeMar DeRozan stands in front of a Toronto mural co-created by 16 Esplanadian youth, under artistic leadership of Shalak Attack and Julian Periquet. This project was curated by Isorine Marc and co-produced by Jamii and CORPUS, with the support of the Ontario Trillium Foundation.

“It will mean a lot to be able to go out there and represent the home team,” DeRozan says. “That’s what it’s all about: Being on the highest level, being able to have people recognize Toronto for its sport—it’s something the city deserves.”

It’s also about the homegrown talent that has been rising up in Toronto since Damon Stoudamire and Vince Carter began plying their trade in dinosaur jerseys. Now it’s DeRozan’s turn to be that role model, that player who the kids look up to. Somehow it has already been long enough since DeRozan joined the team that some of those kids have joined him in the league.

“It is definitely growing,” DeRozan explains. “You can see the amount of Canadians that are in the league now and the young guys who are coming up who are going to be superstars. I remember seeing Anthony Bennett play in high school and now he is a teammate of mine. Seeing these guys, you can definitely see how basketball is growing here.”

DeRozan had to do some learning of his own, especially in regard to winter, which he didn’t experience much back home in California. 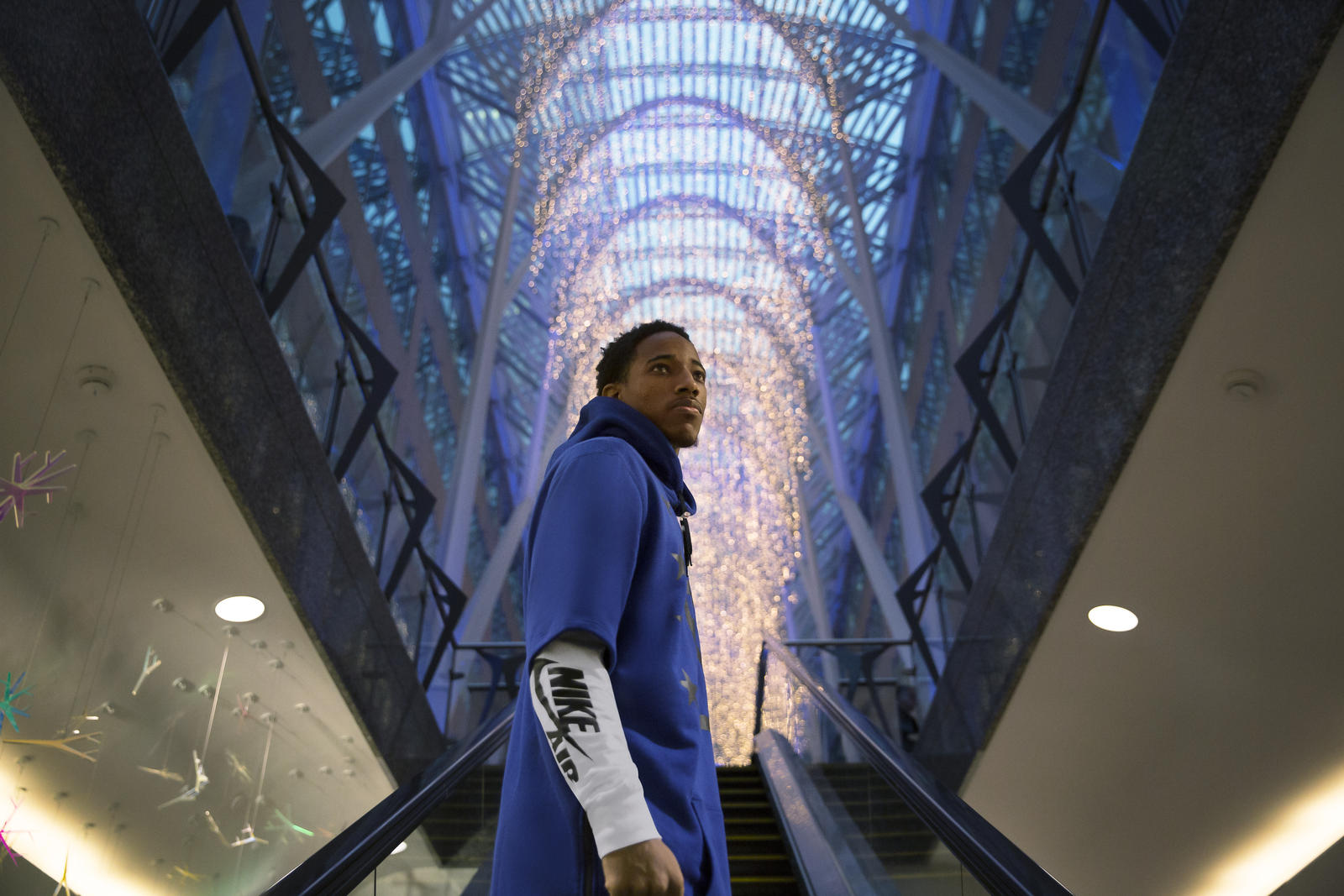 “Still to this day it’s an adjustment,” he admits. “My first year here, I was wearing Chucks in the snow. I didn’t know any different. I was wearing a regular hoodie instead of a down jacket. So I’ve had to evolve my wardrobe because of the winter.”

He’s gotten a little help in that regard via the Spring 2016 Nike Air collection: hoops-inspired, layer-ready gear that gets him to Toronto spots — or works equally as well when he’s just hanging at the crib on a day off.

“During the season, I spend a lot of time at home,” he says of his off-days. “I just relax. But during the offseason, in the summer, I really got out and experienced Toronto. I went to the mall, went to Wonderland, went go kart racing. There are a lot of things to do in the city.”

Over All-Star, he’ll get a chance to share them with, among others, Kobe Bryant, who will be playing in his final All-Star Game. DeRozan was just seven years old when Bryant made his league debut, and he intends to be a proper host to the player he calls “the greatest of my time.”

“To celebrate him at the All-Star game, just like they celebrated Jordan, would be something you would never forget,” DeRozan declares. “As a kid growing up in Southern California, watching him play, it’d be extra special to be a part of something like that. It would definitely go down in history.” 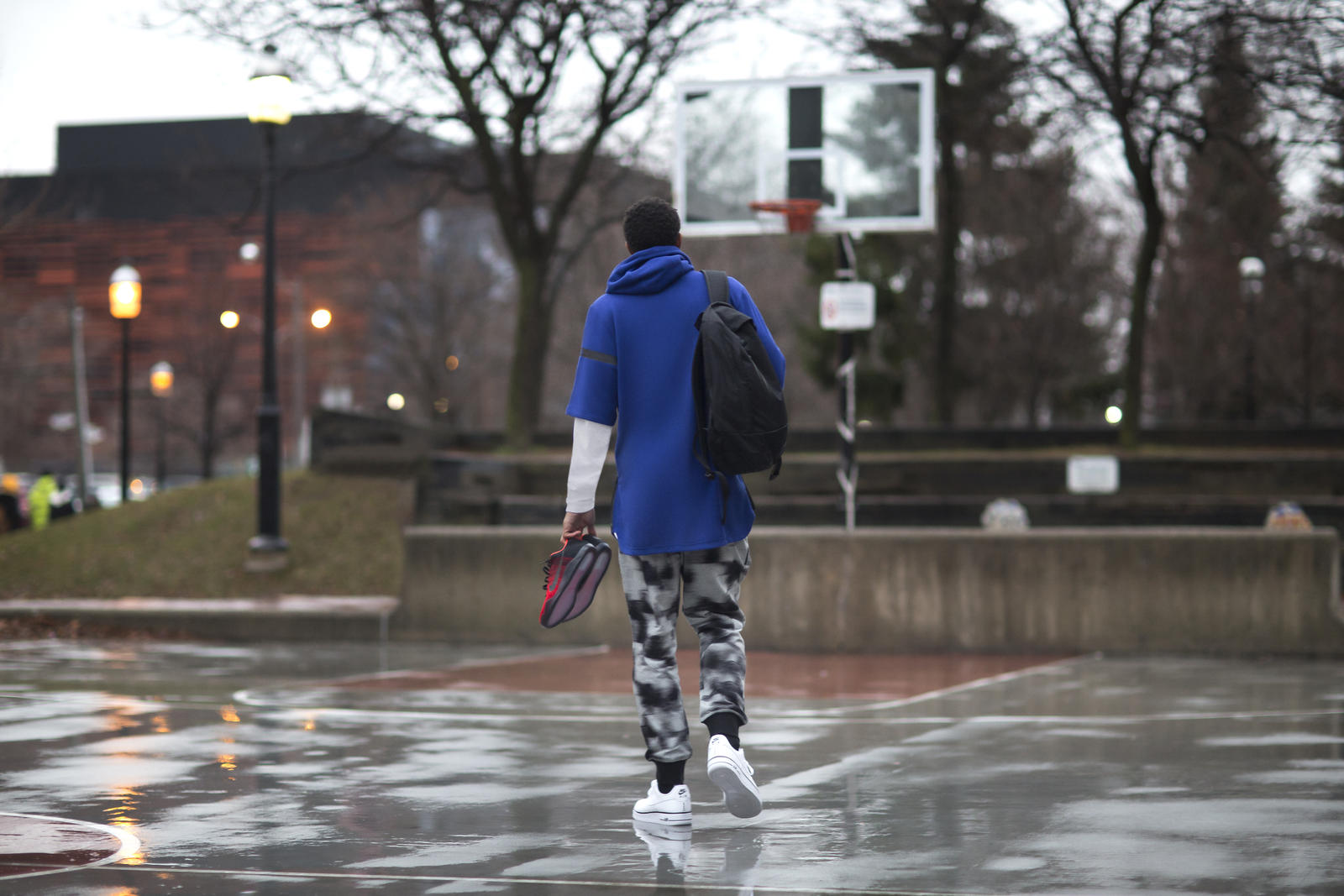 The Spring 2016 Nike Air collection is available now at nike.com/nikeair and in select Nike retailers.