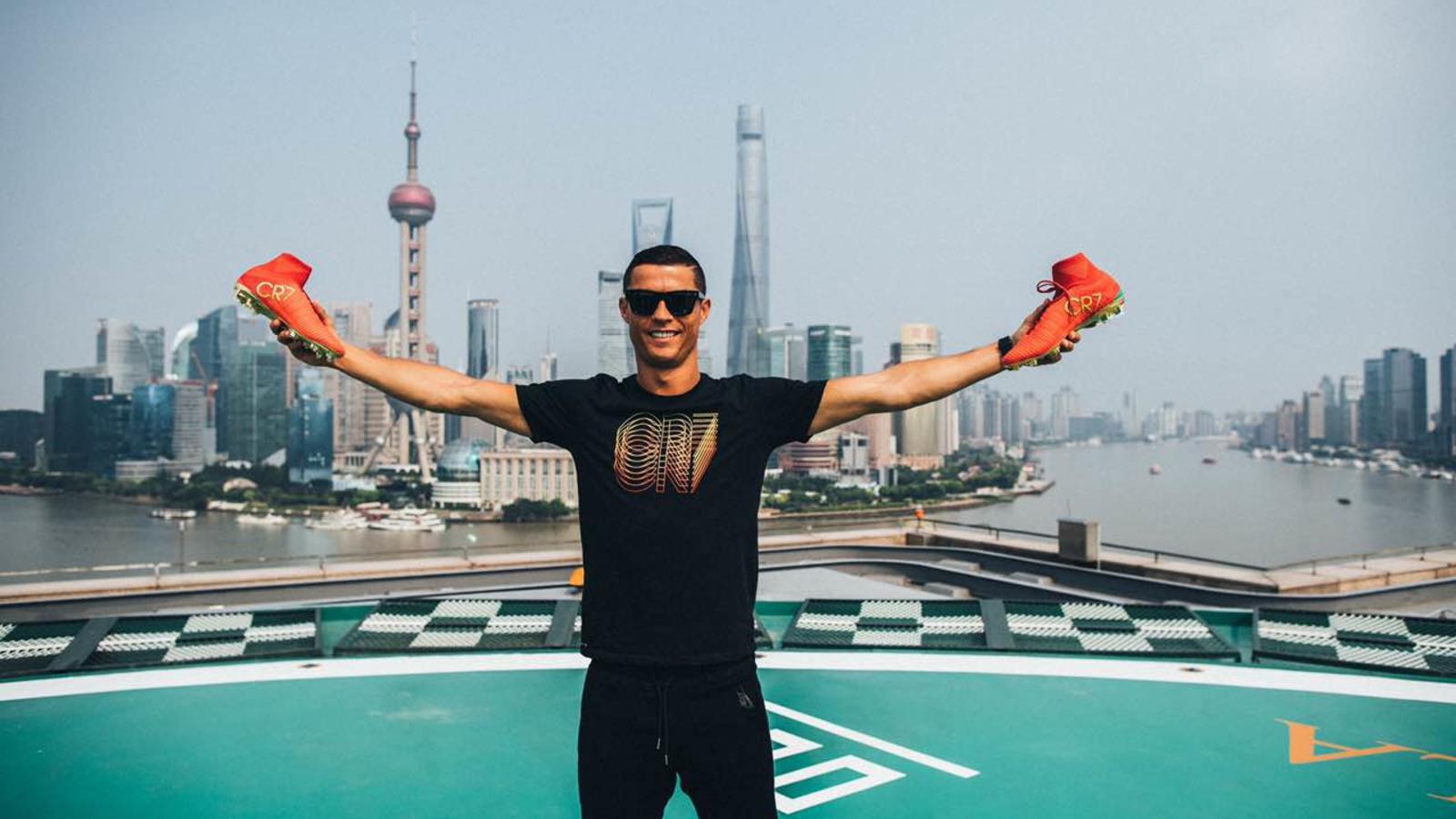 Cristiano Ronaldo is no stranger to China. During his distinguished career, the four-time Ballon d’Or winner has travelled to the country for pre-season club tours and his league matches play to sizable televised audiences. This week, Ronaldo visits Shanghai then Beijing with aim to inspire more youth to participate in the beautiful game and to stoke the brilliance of China’s blossoming football culture.

Ronaldo’s brace during his recent triumph in June (his fourth trophy in top European club competition and 21st club title overall) is evidence of his unyielding excellence. Throughout his career, Ronaldo’s tallied 604 goals in all competitions, including a record 75 for Portugal. This legacy, as well as Ronaldo’s unmatched standard of training, serve to inspire participation in the sport from grass roots to professional levels.

Nike’s grassroots efforts to engage youth in football in China began in 1997 with the formation of a series of annual tournaments. The brand’s commitment to Chinese youth football really solidified in 2007 when it joined forces with China’s Ministry of Education to create the country’s first senior high football league. Three years later, Nike launched The Chance, a football competition for youth talent development.

Additionally, Nike became the equipment supplier to Chinese Super League in 2006, and kicked off a broader package partnership with CSL in 2009. Since then, the league underwent rapid improvement in standard of play — spurred by a balance of international superstars and burgeoning Chinese talent. Further partnership with the Ministry of Education through the Active Schools program encourages youth participation in all sports.

Ronaldo’s visit to Shanghai and Beijing encompasses all facets of Chinese football culture — from pure fandom to speed training — and in addition to bringing his influence direct to the nation’s players, offers a lens into the dynamism of the game across the country.

Follow along below for daily updates on Ronaldo’s China tour. 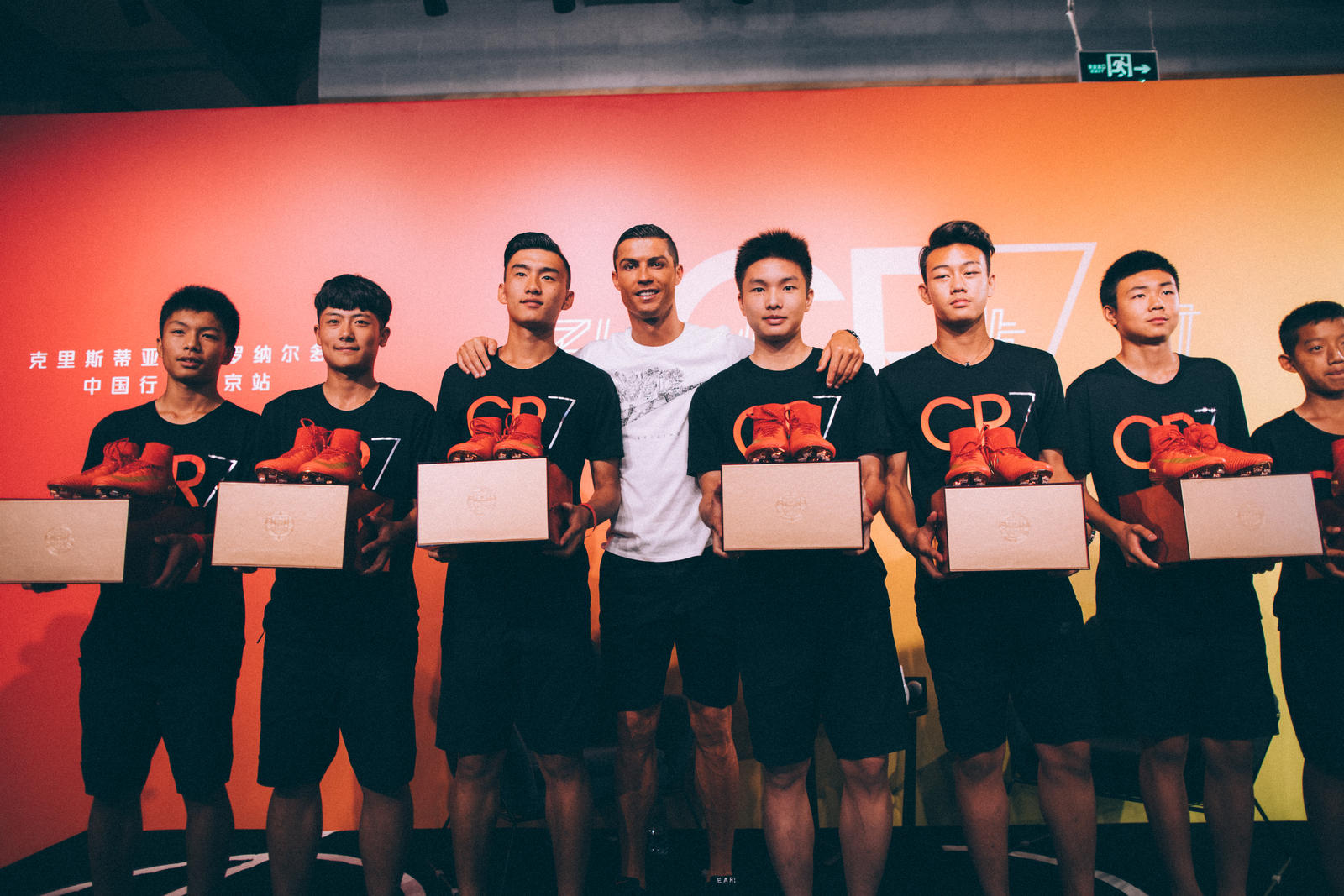 Ronaldo presents the "Brilliant 7," the MVP's of the Nike League, with limited-edition CR7 Mercurial Campeões boots 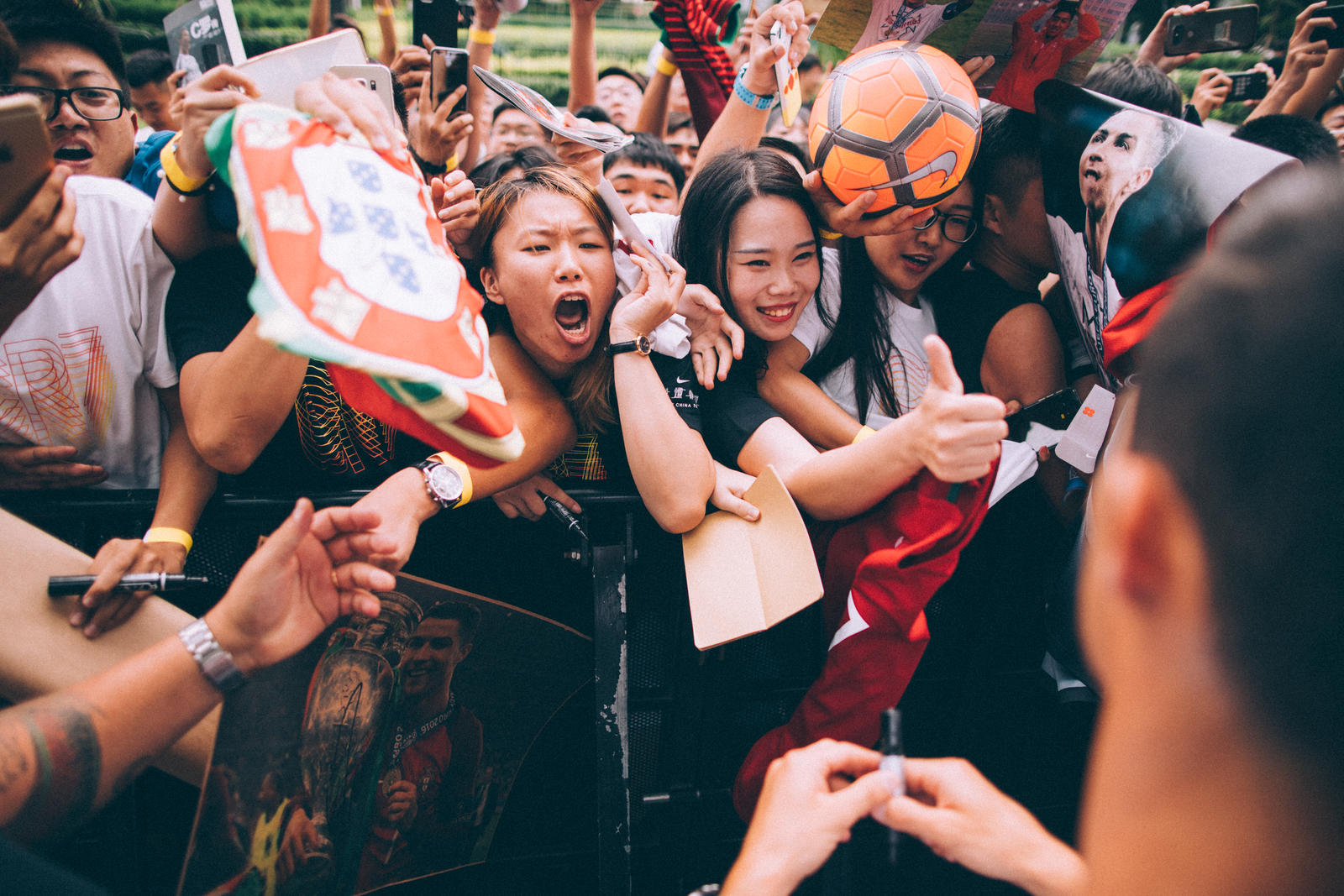 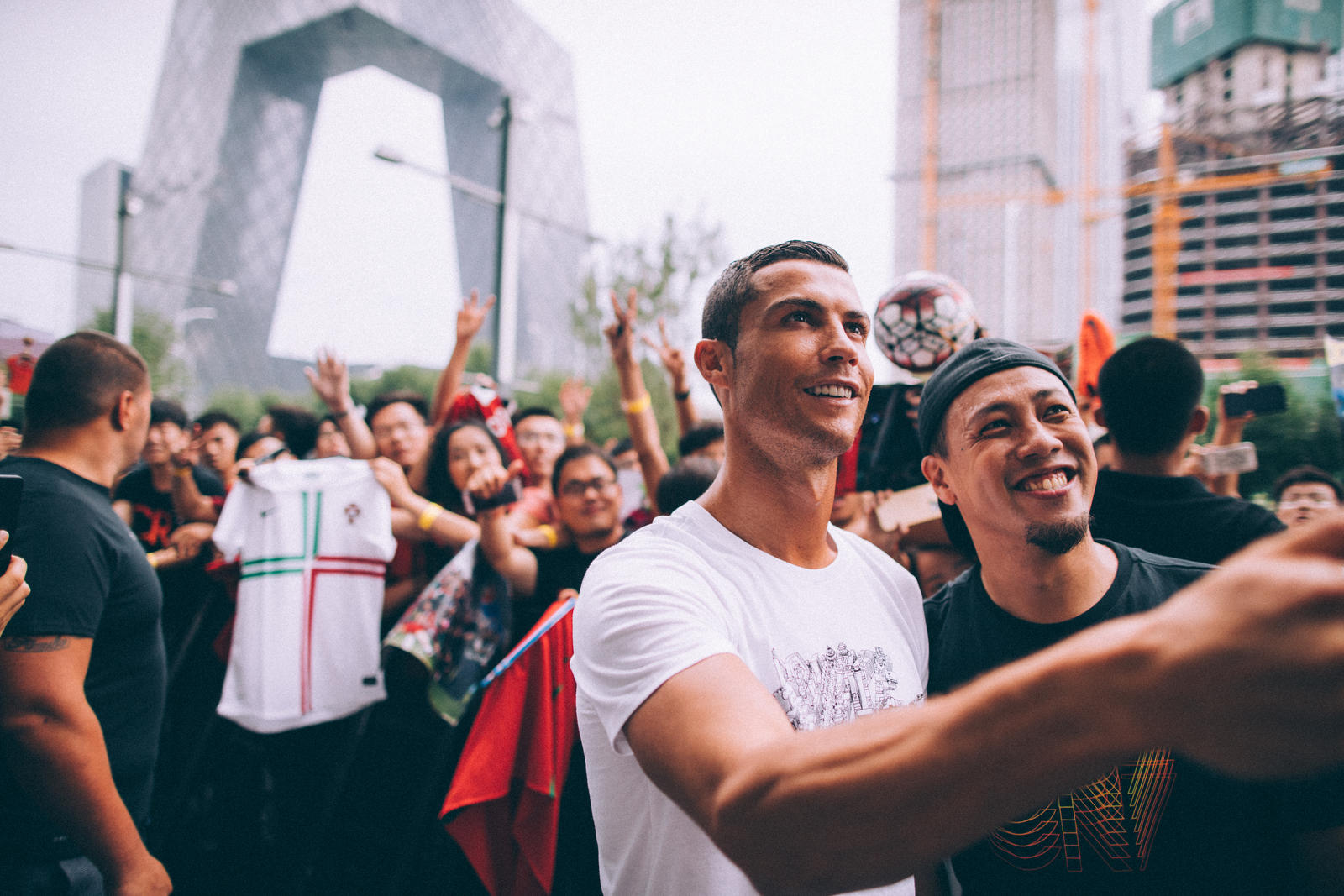 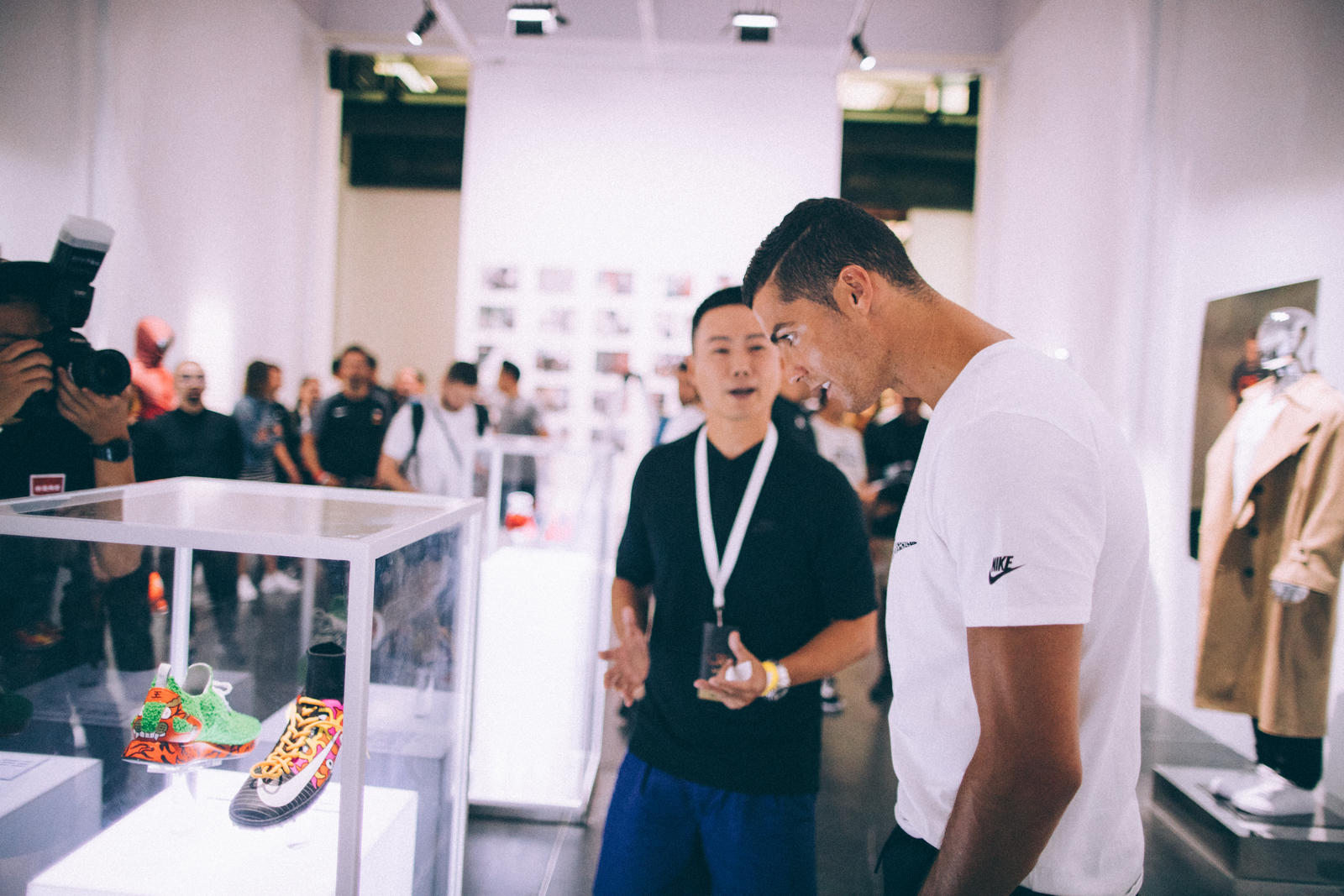 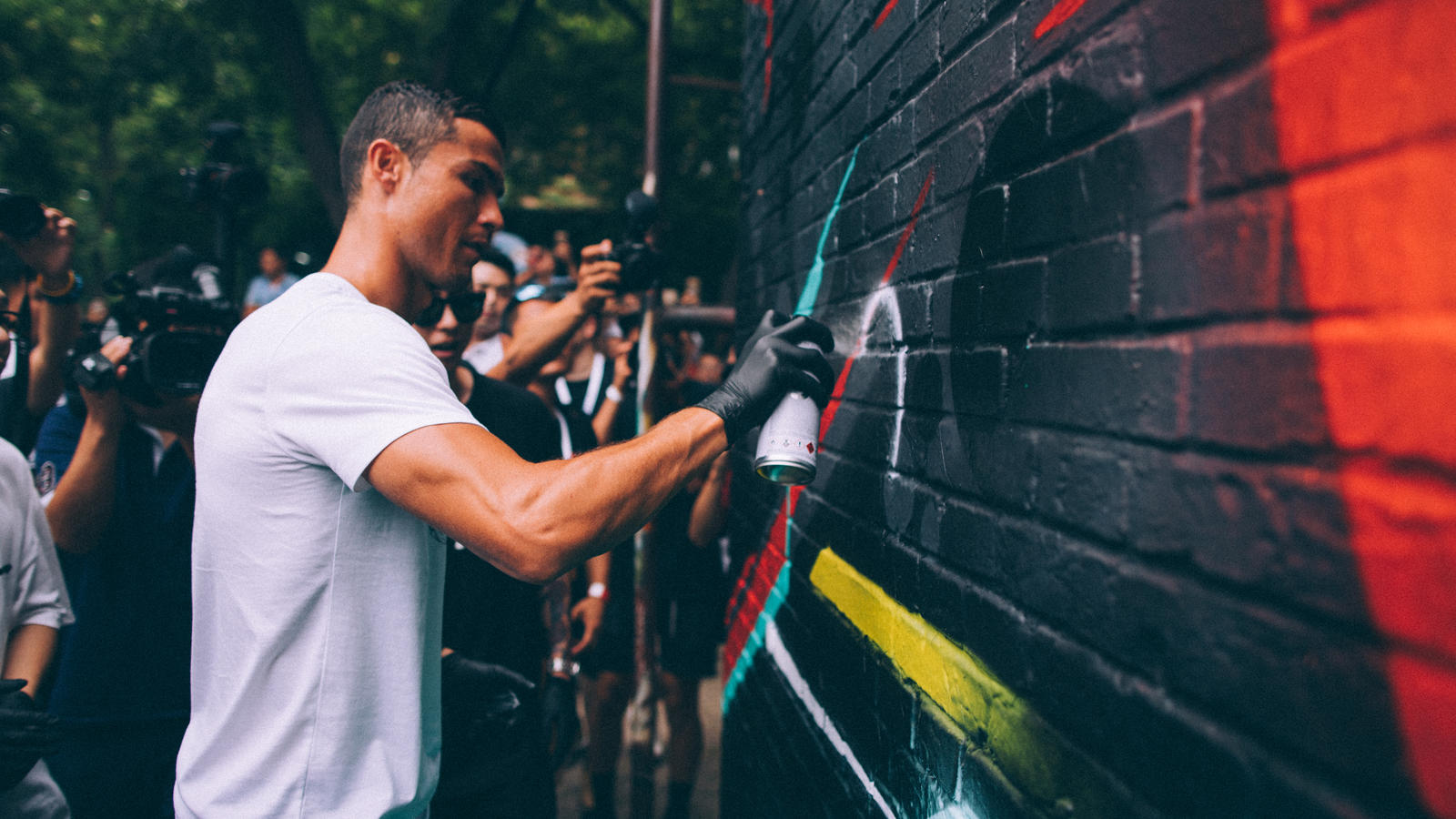 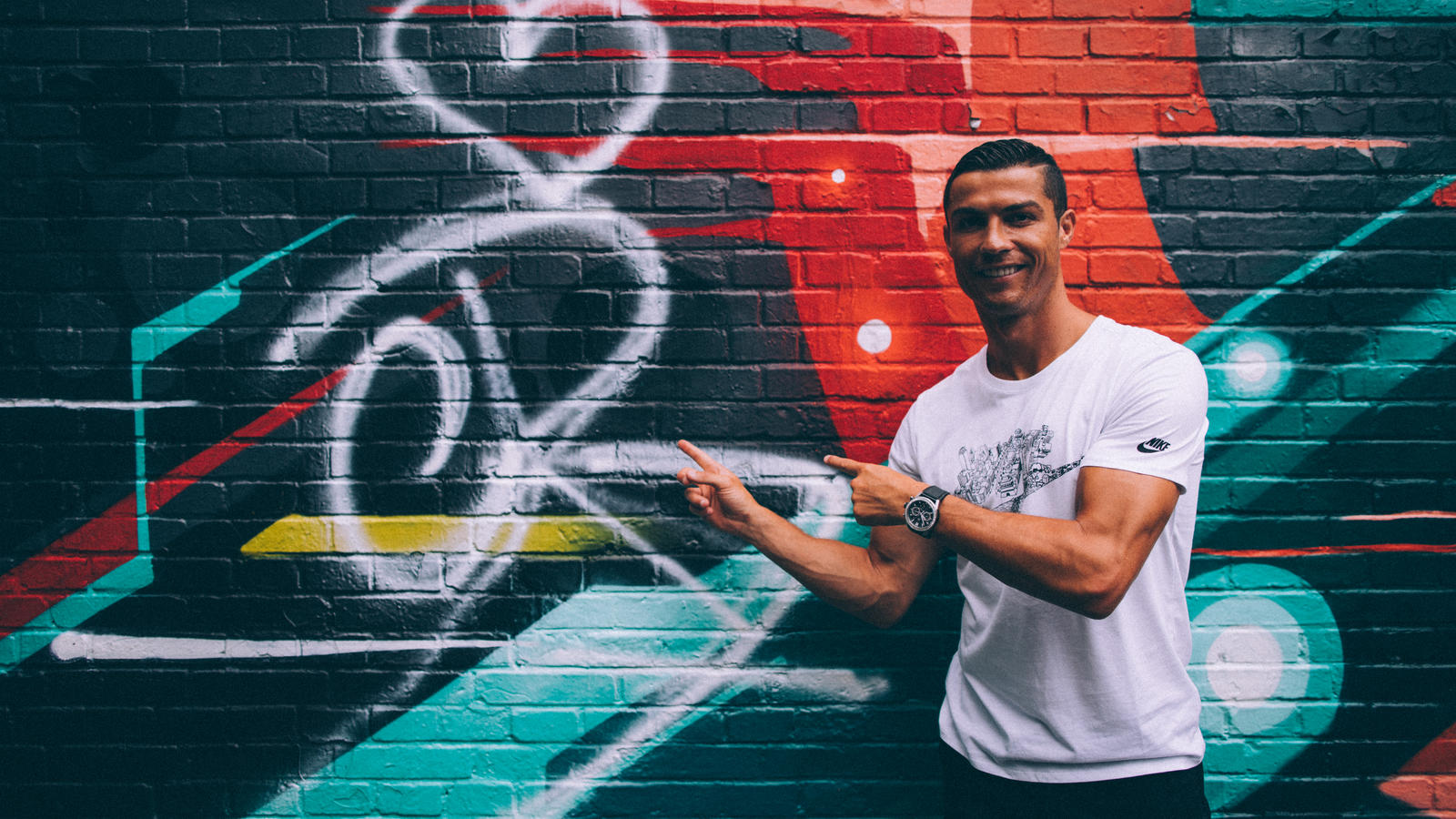 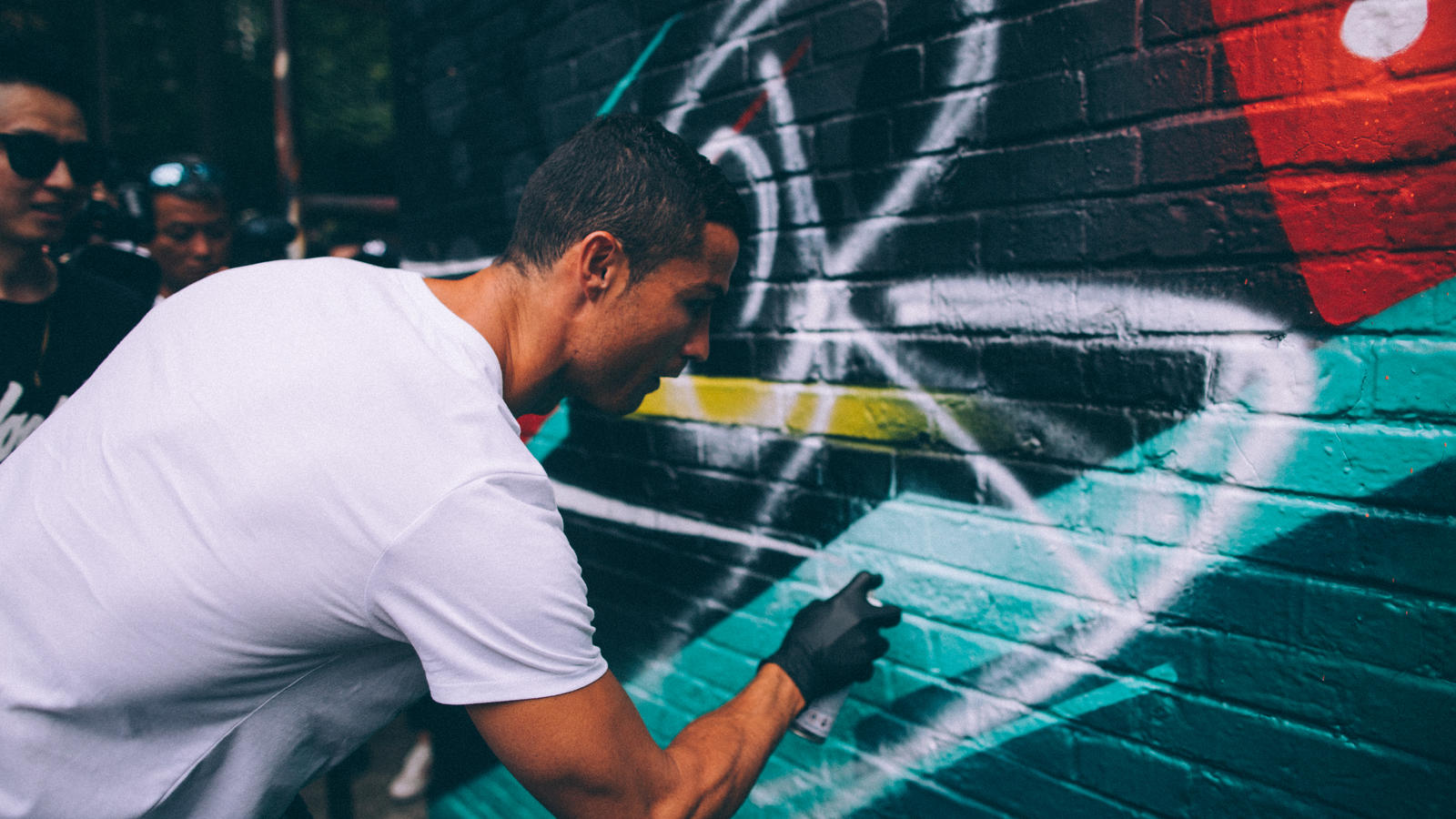 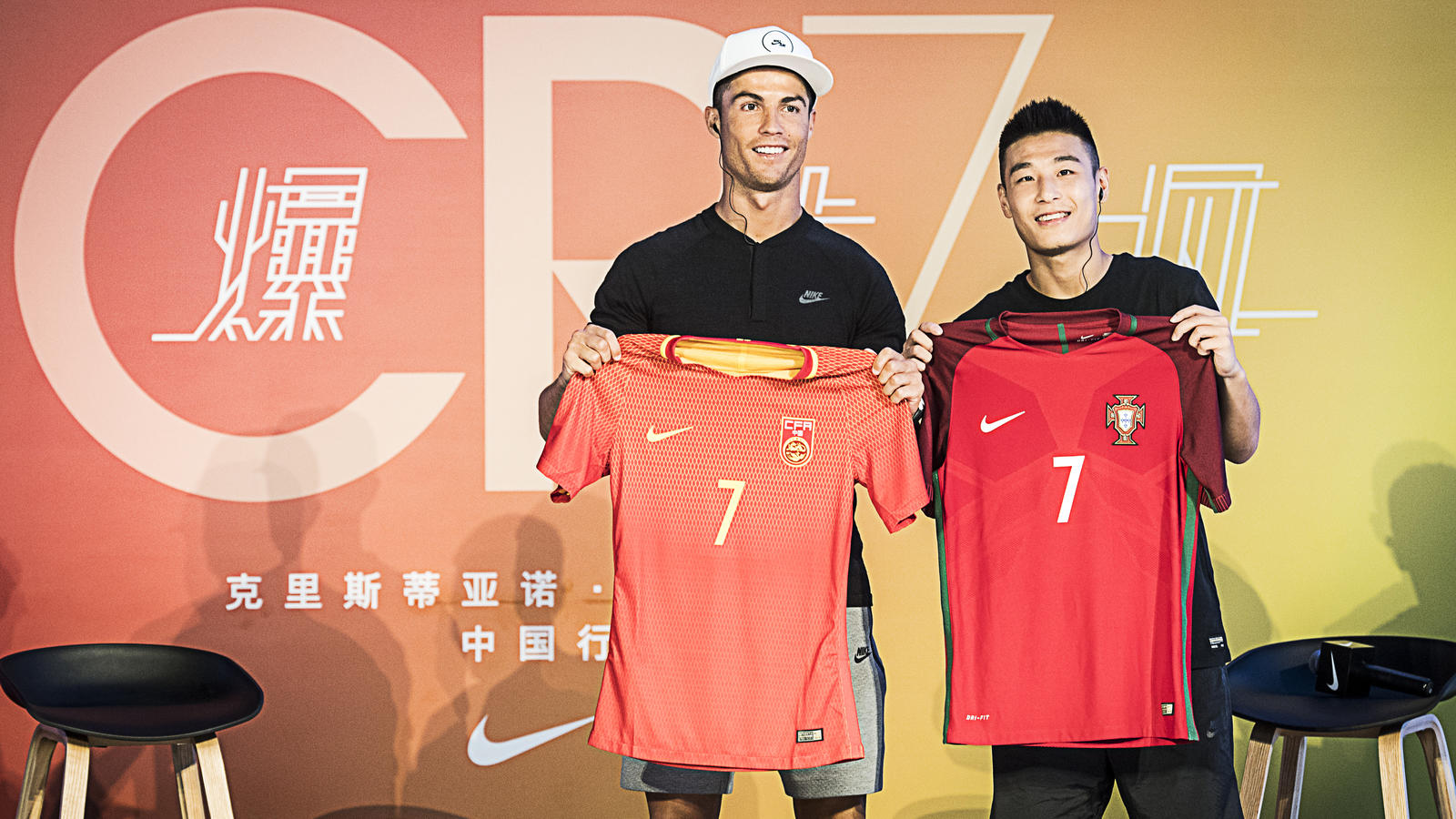 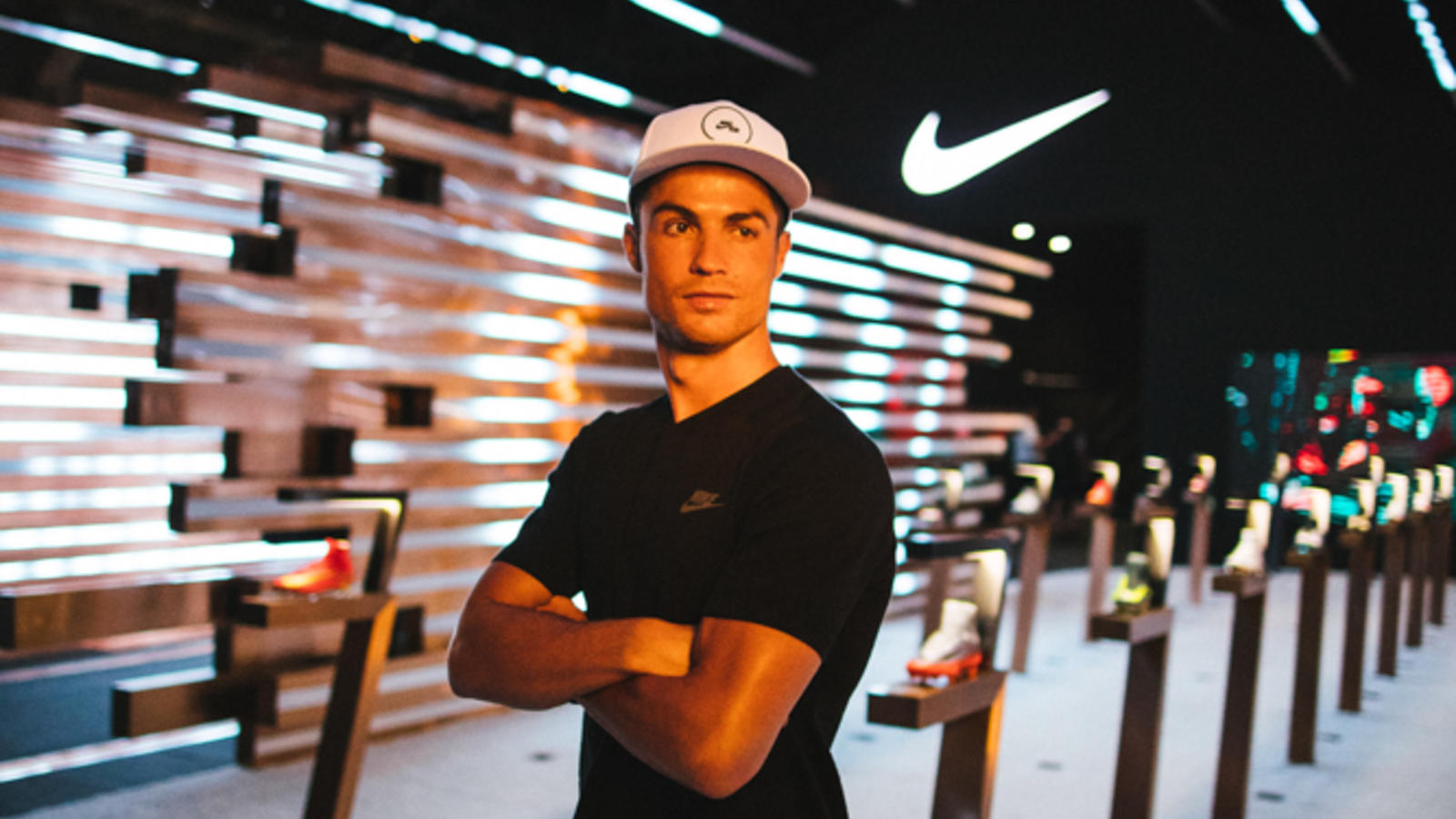 Ronaldo beside a display of Nike Mercurial genealogy at House of Brilliance, Beijing 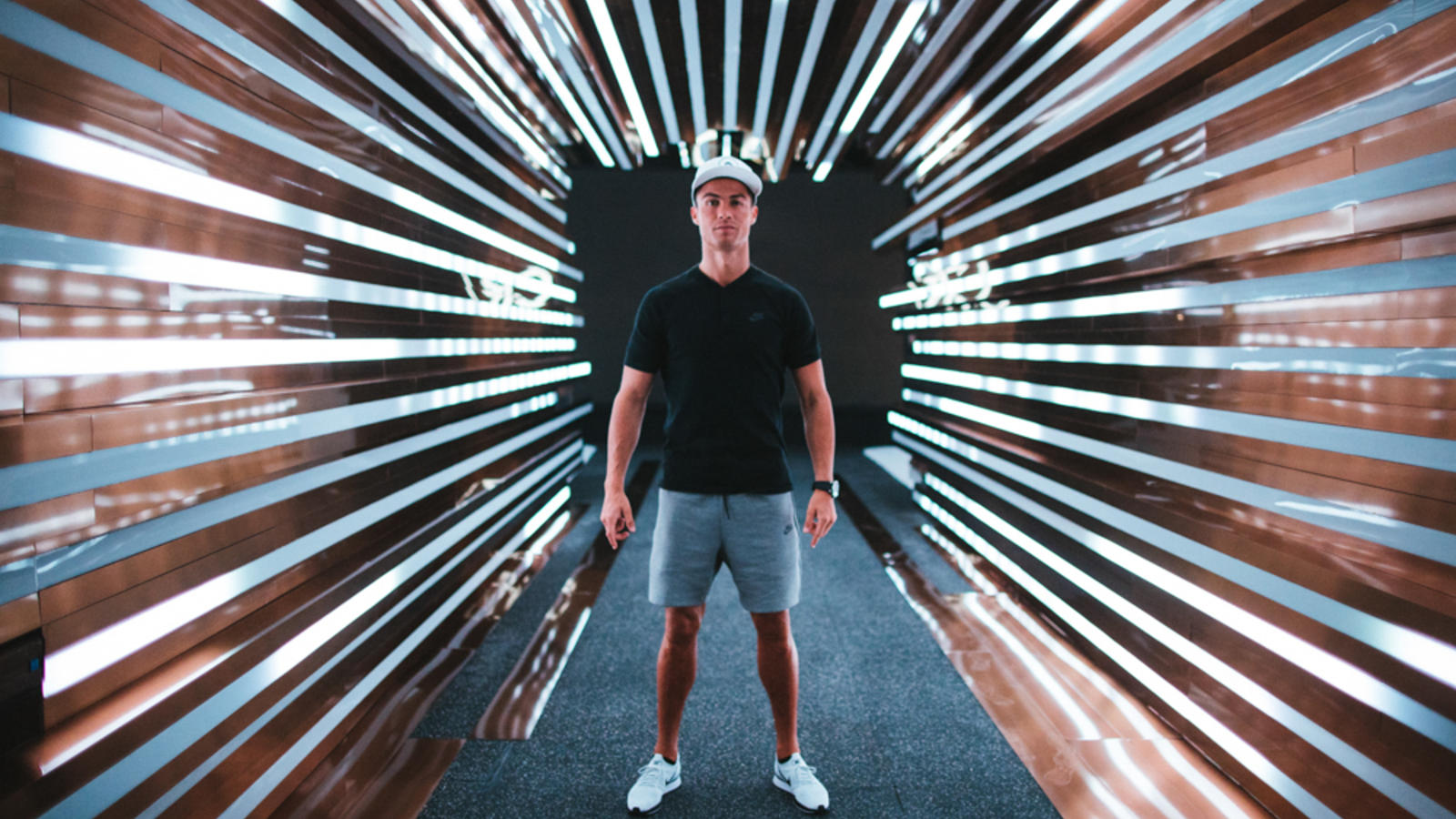 Ronaldo inside the speed tunnel at House of Brilliance 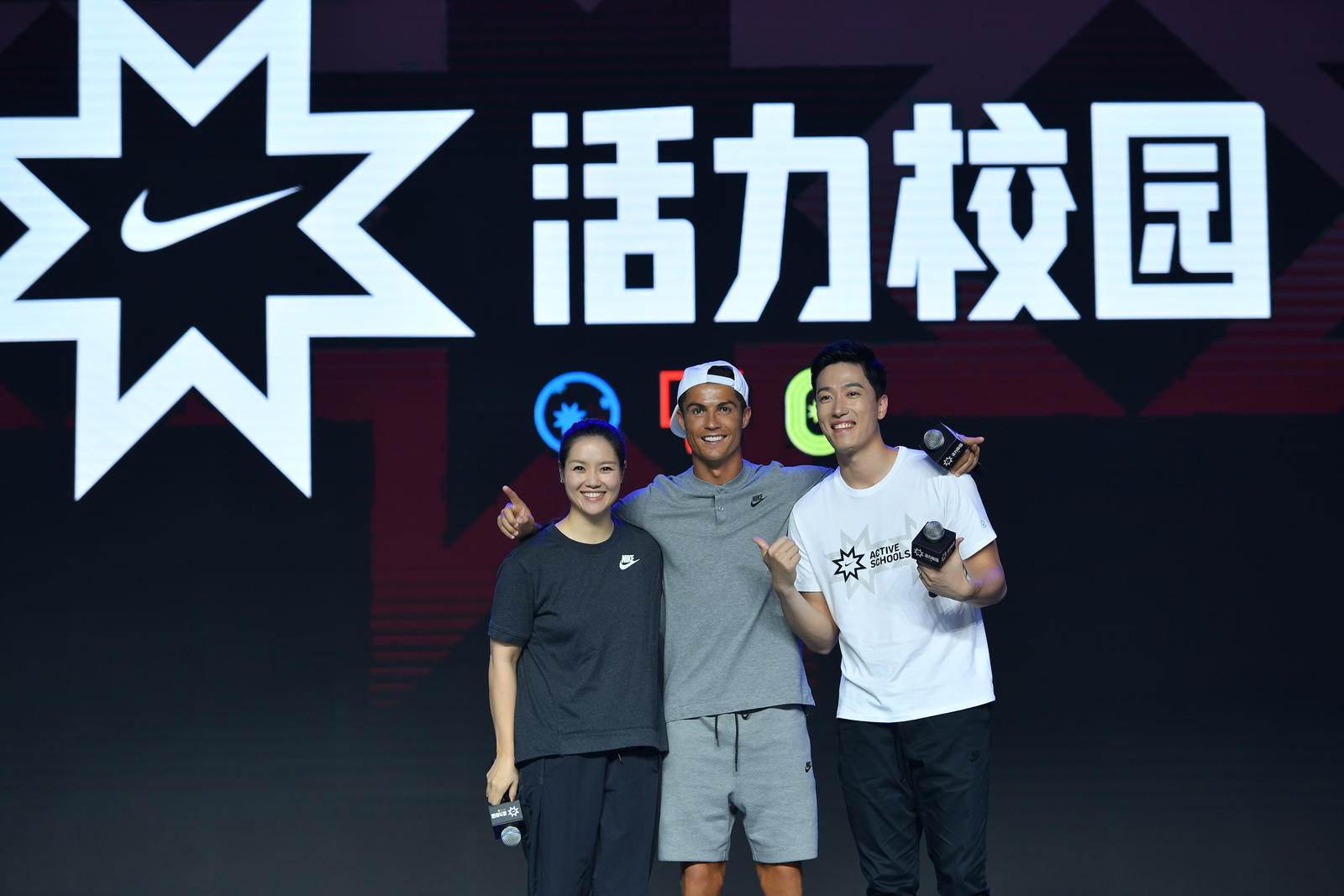 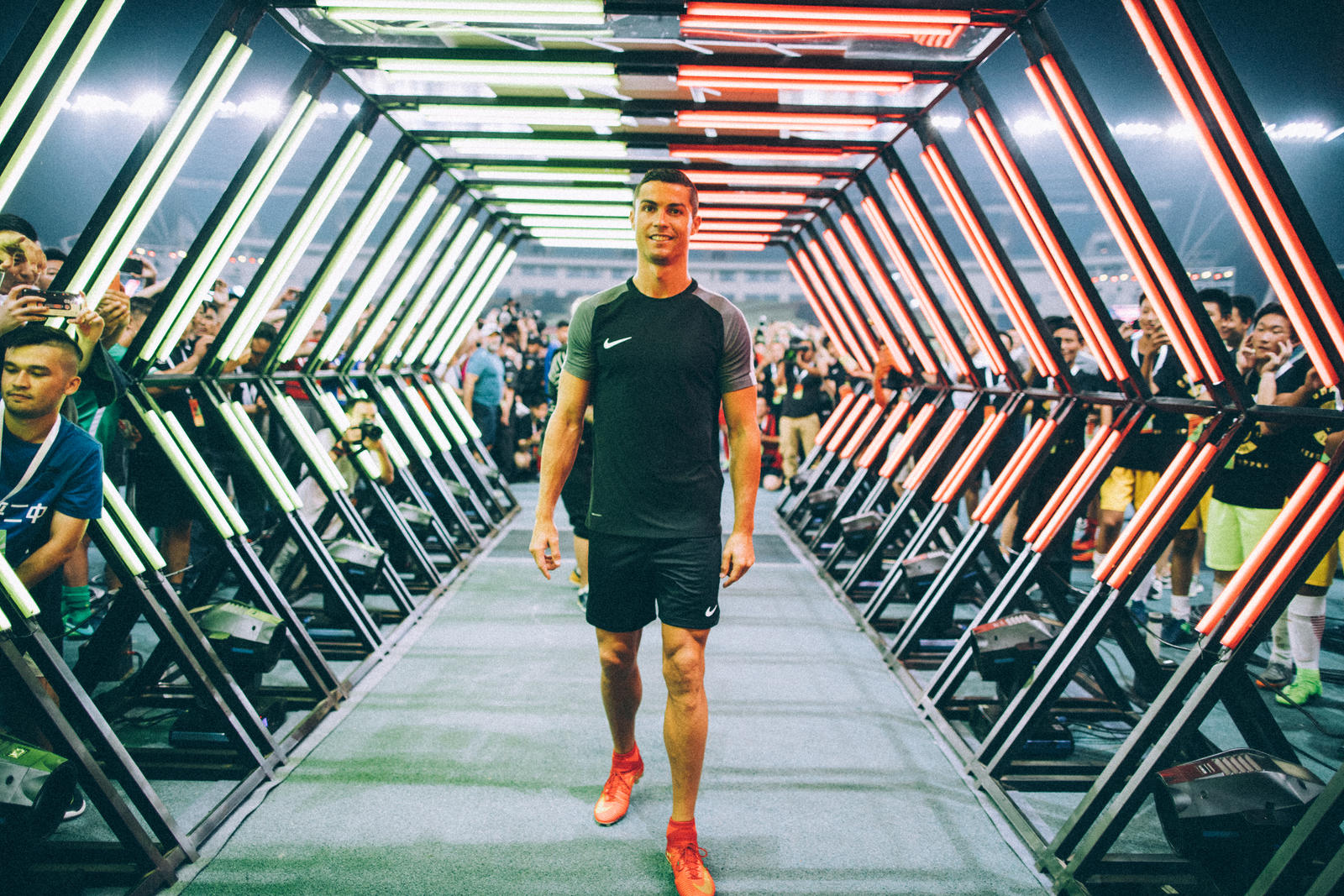 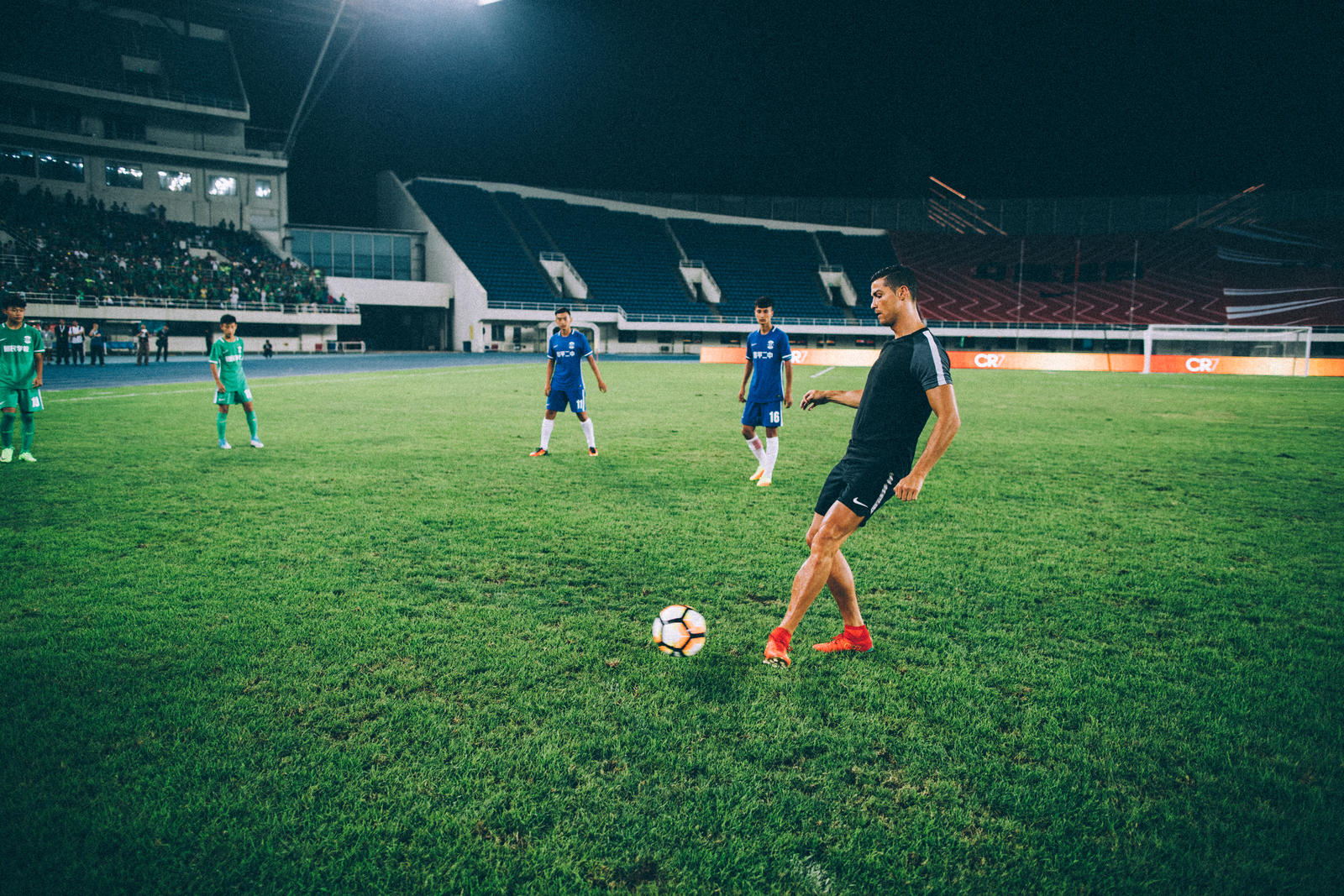 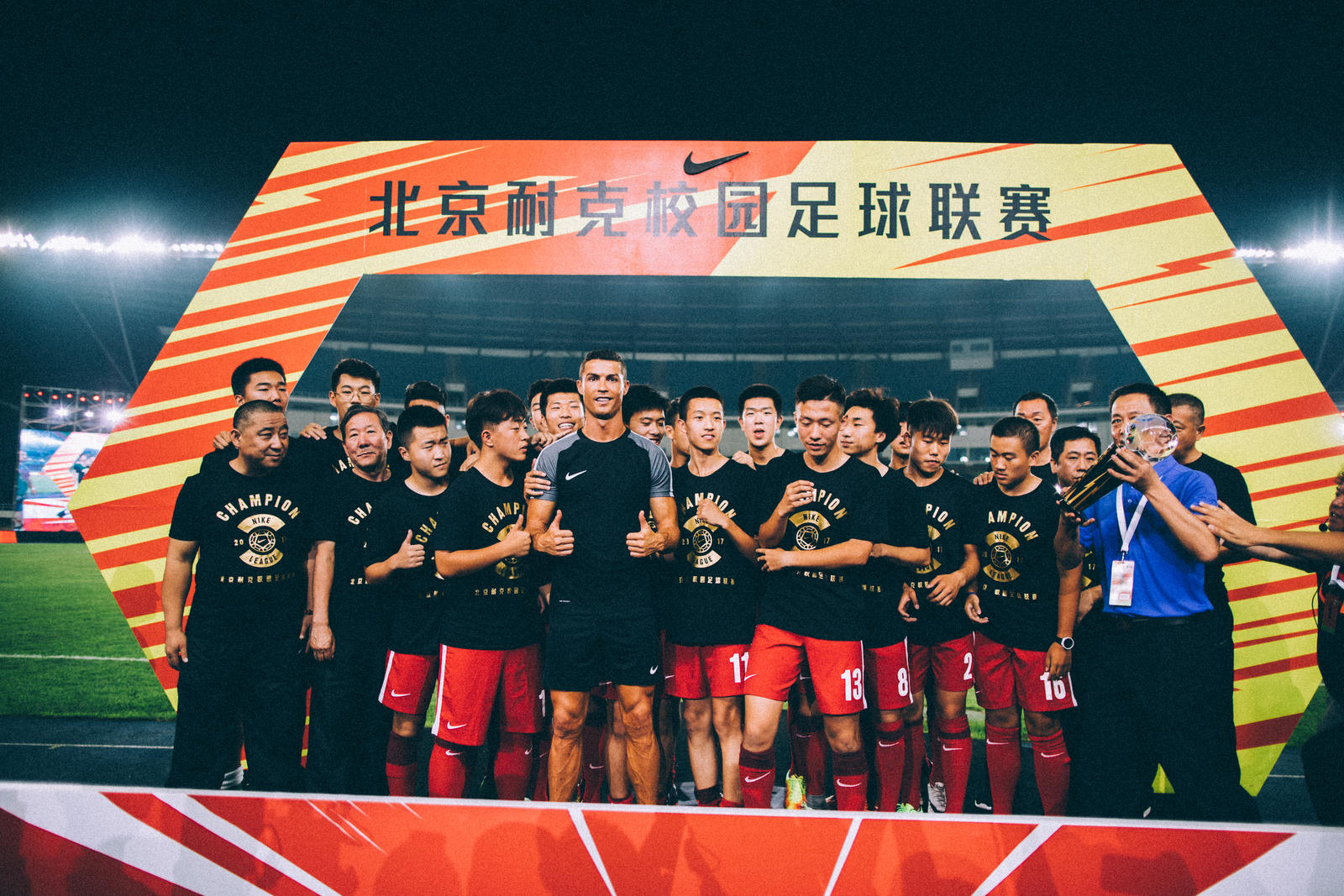 Ronaldo celebrates with one of the Nike League winning teams 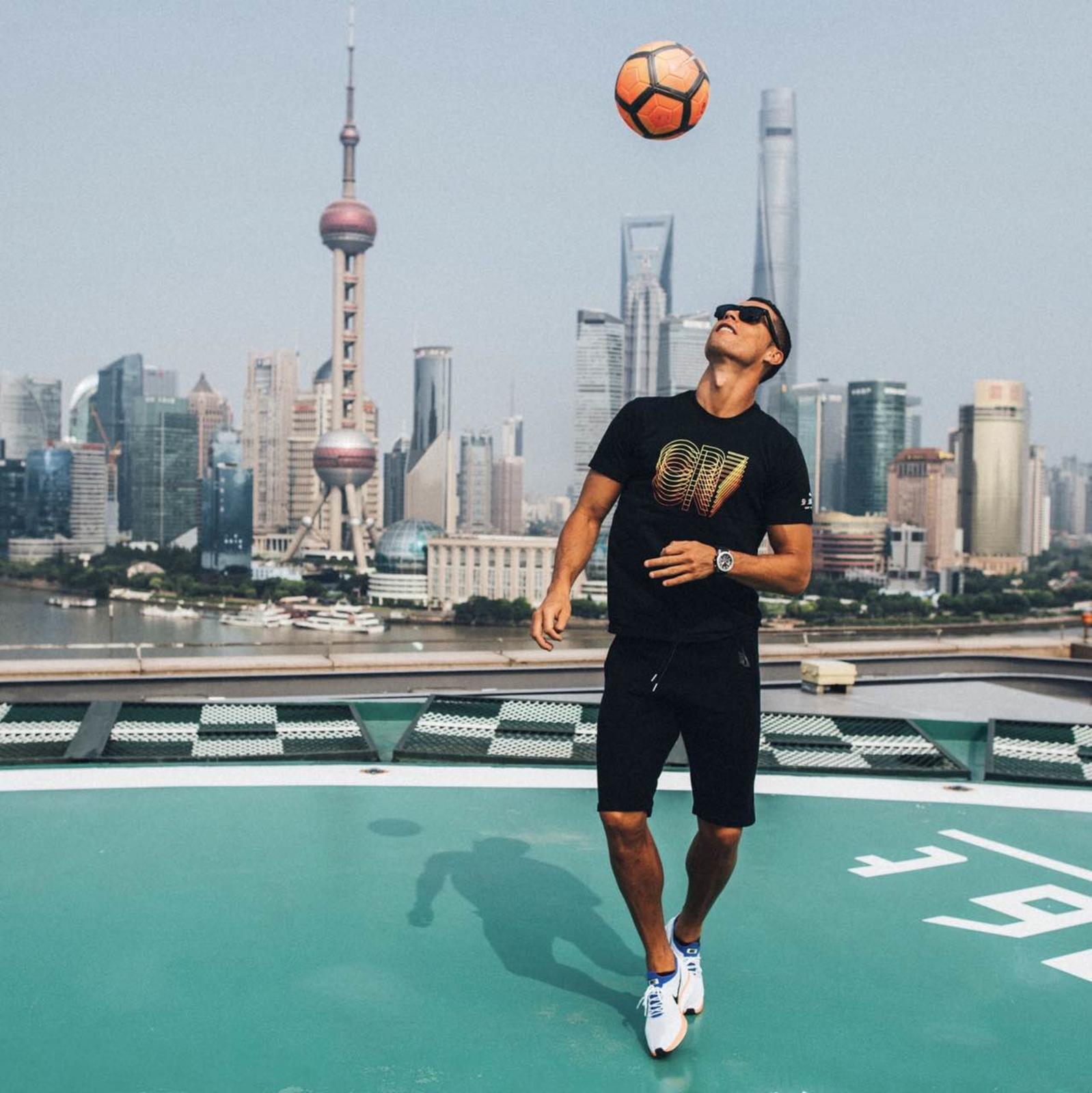 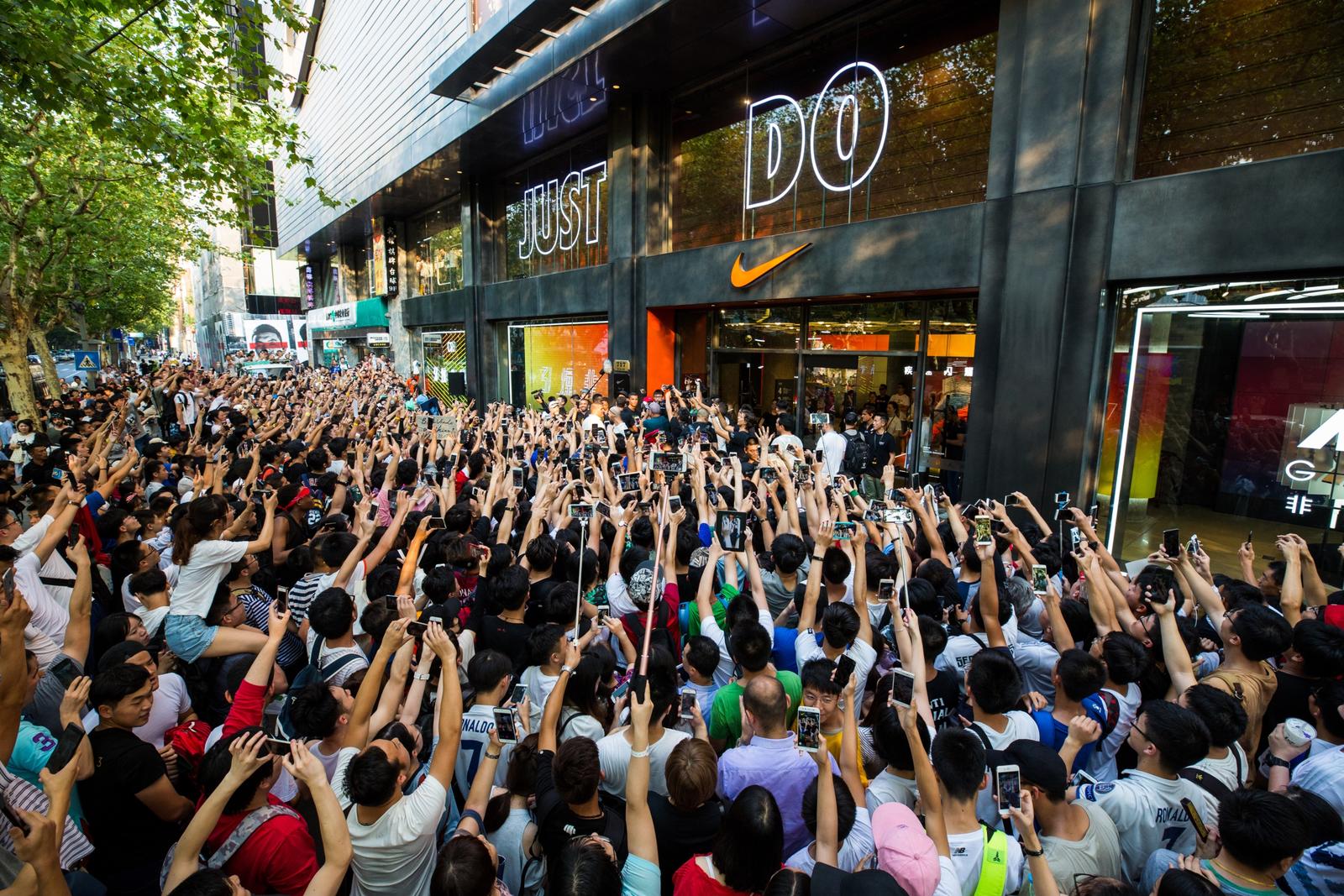 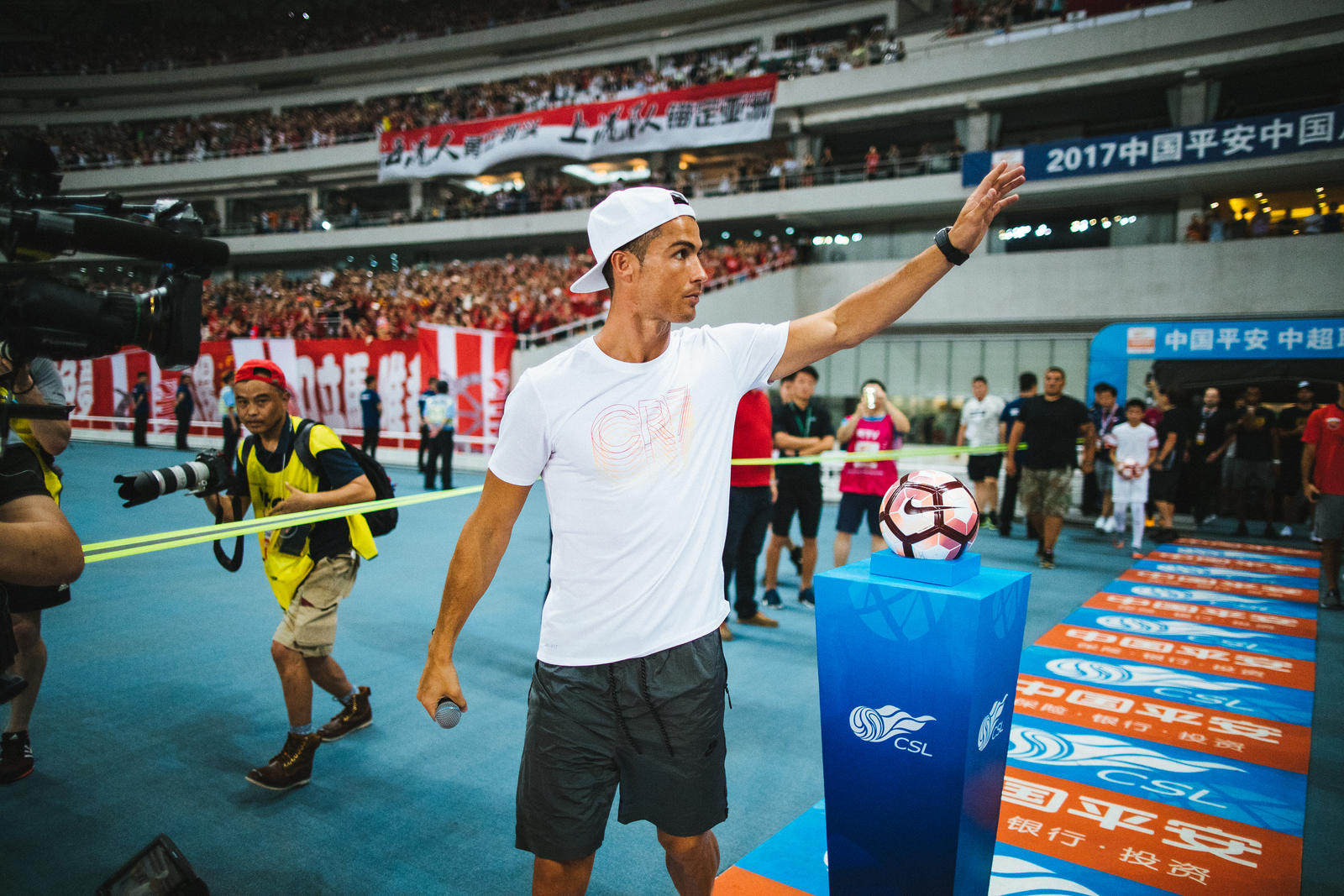 Ronaldo surprises fans before a CSL match between Shanghai SIPG vs. Guangzhou FC at Shanghai Stadium