Cristiano Ronaldo has once again been recognized as the best player in the game. In celebration of his continued achievements, Nike has presented him with special Mercurial Superfly CR7 Quinto Triunfo boots. 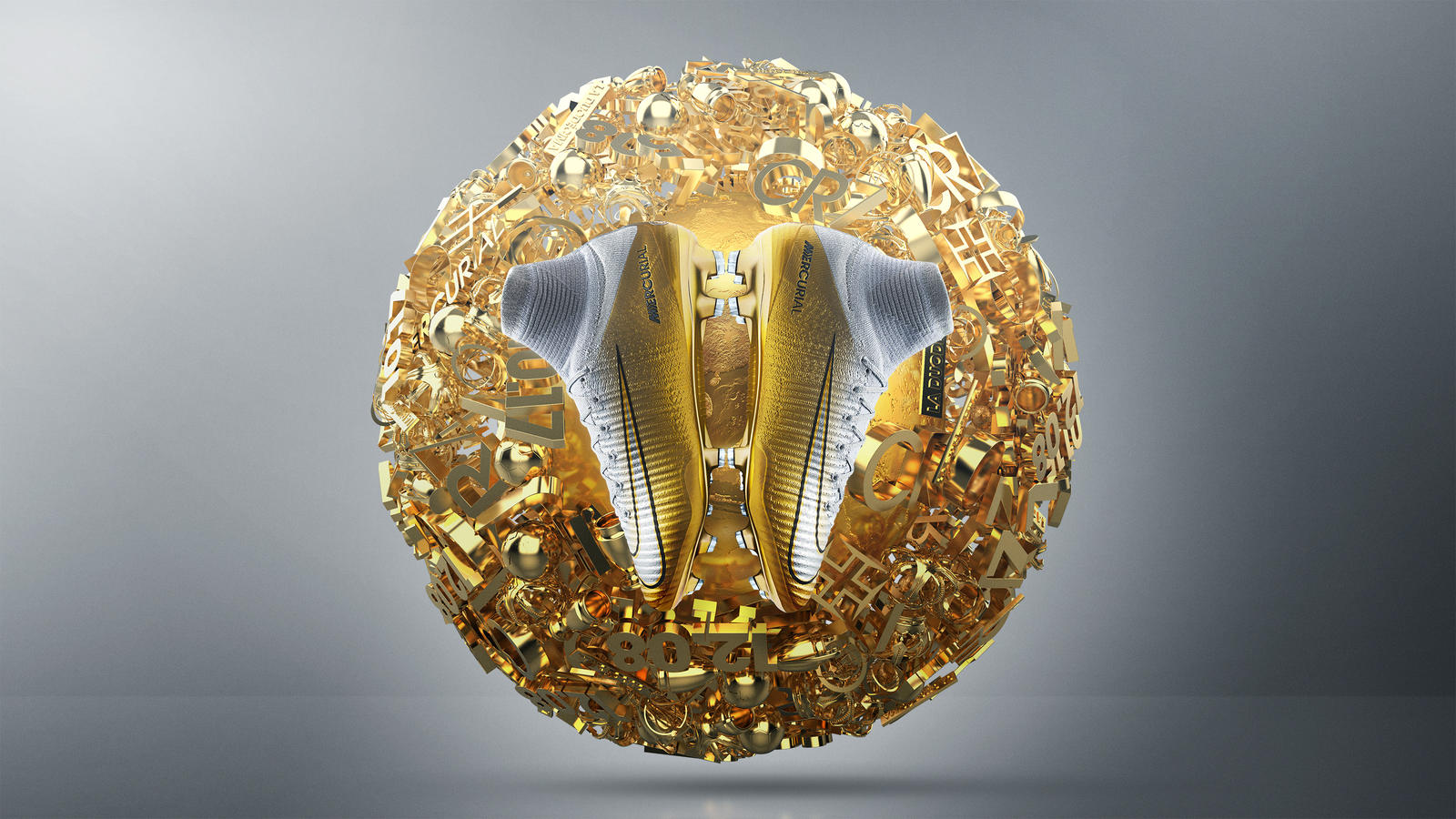 As with his previous award-themed boots, gold is prominently featured. Unlike previous boots, “CR7” appears on the heel counter, but not on the medial side. This creates room for additional placement of the very special Swoosh adorning both sides. Within the Swoosh and visible with movement, the years of his previous and current awards appear: 2008, 2013, 2014, 2016 and 2017. The treatment used to create this effect is a first for Nike. The boots also feature Nike’s most premium sole plate. 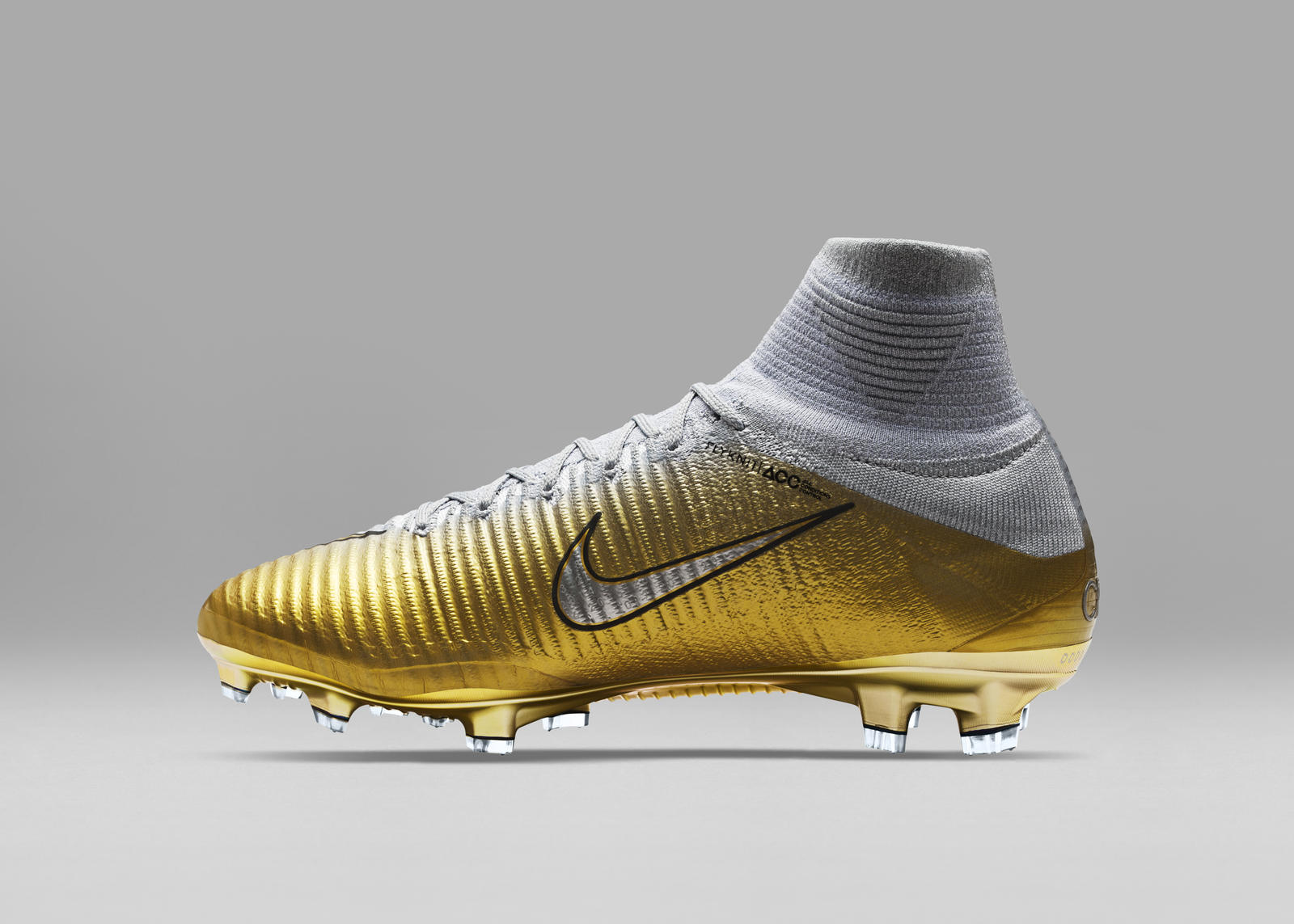 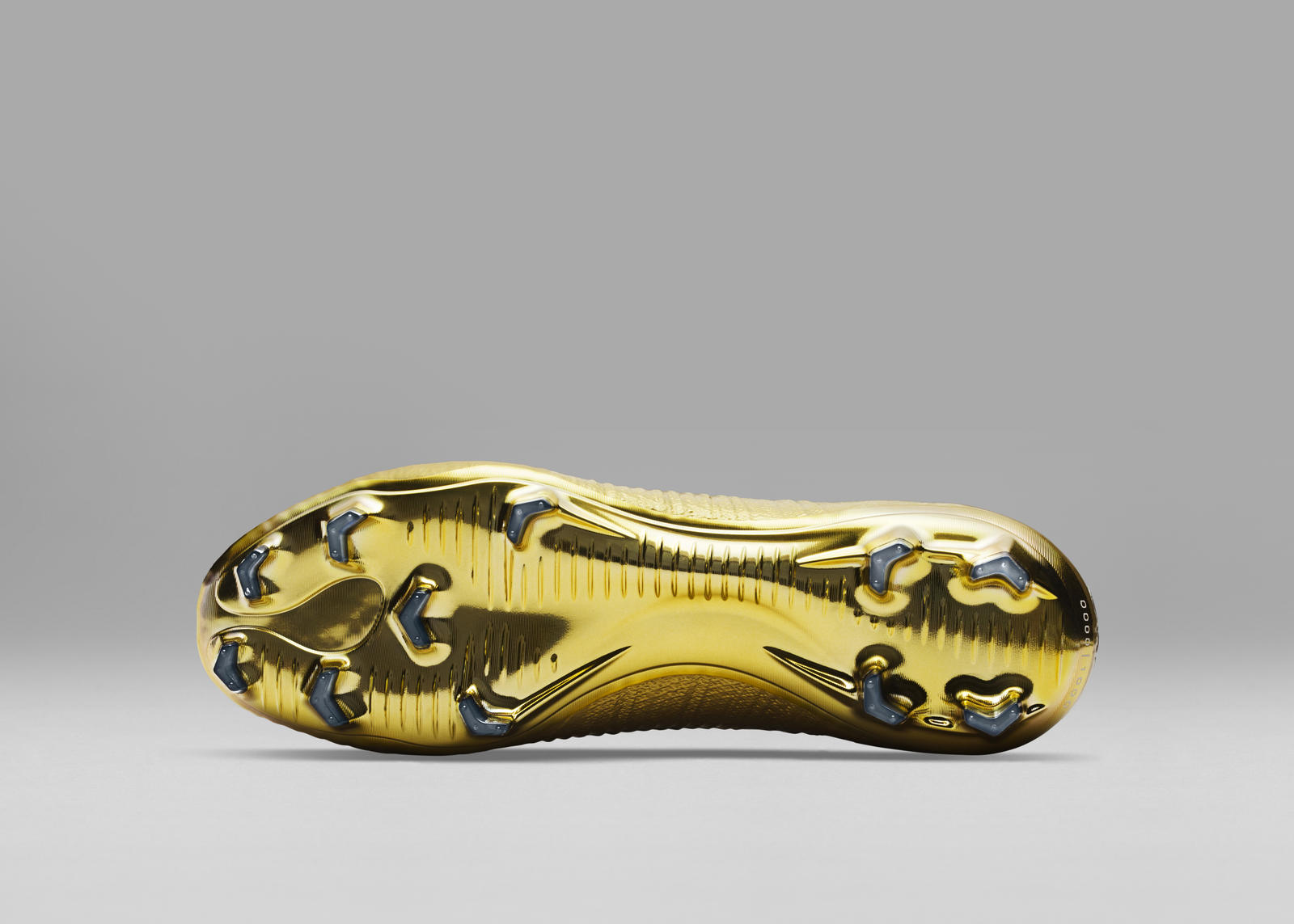 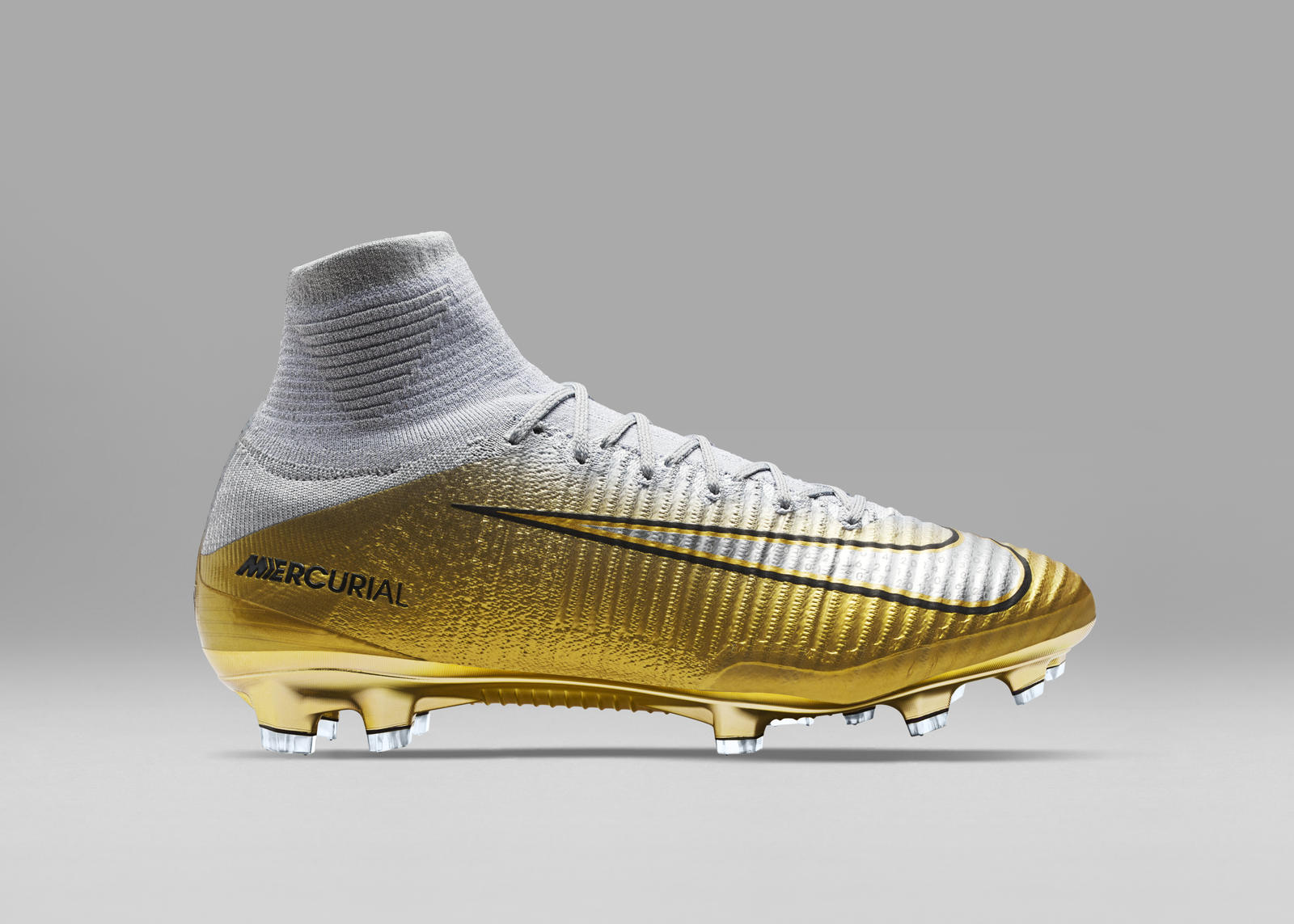 Ronaldo will wear them on pitch and one thousand, individually numbered, Quinto Triunfo boots will be available December 14. 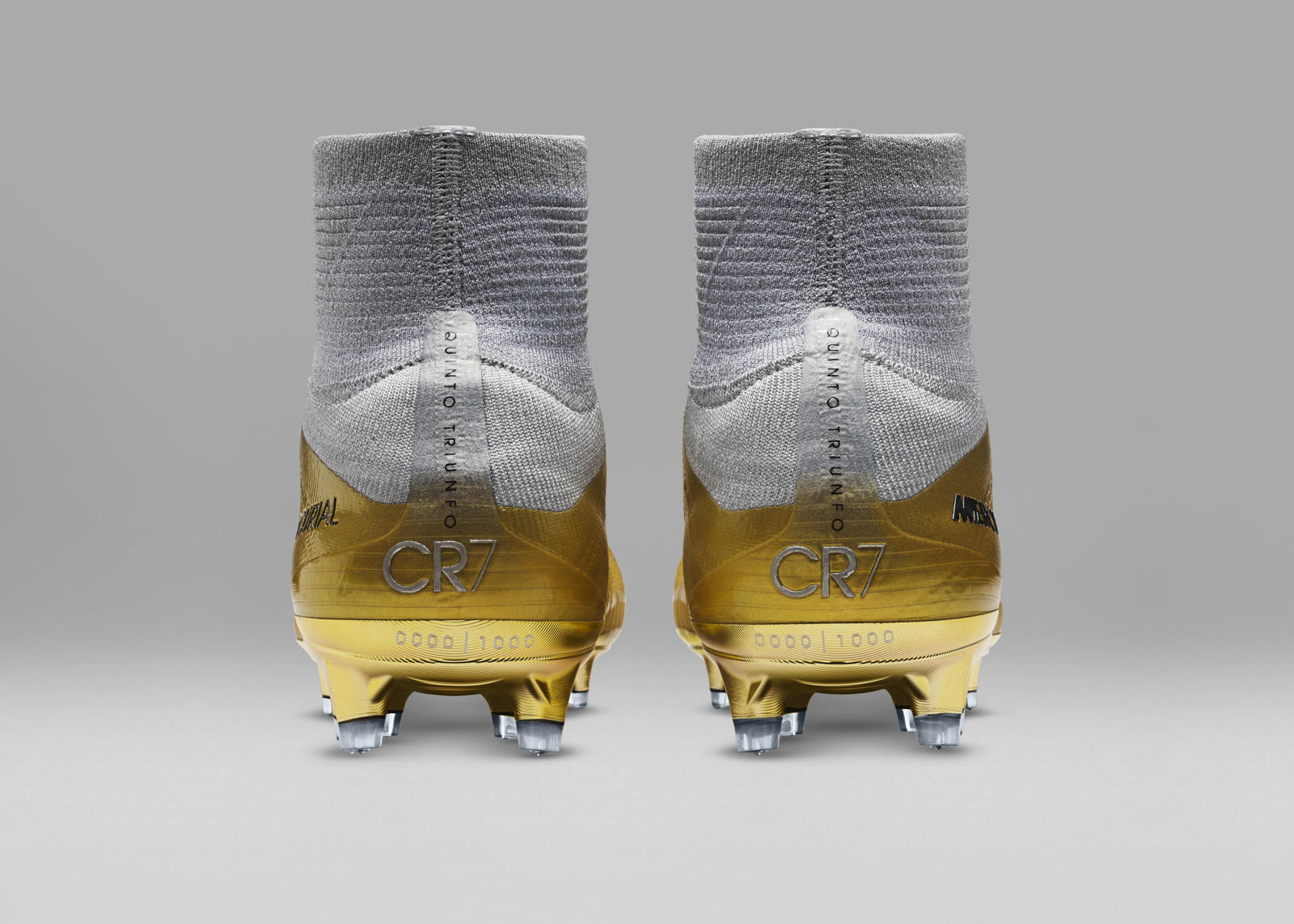 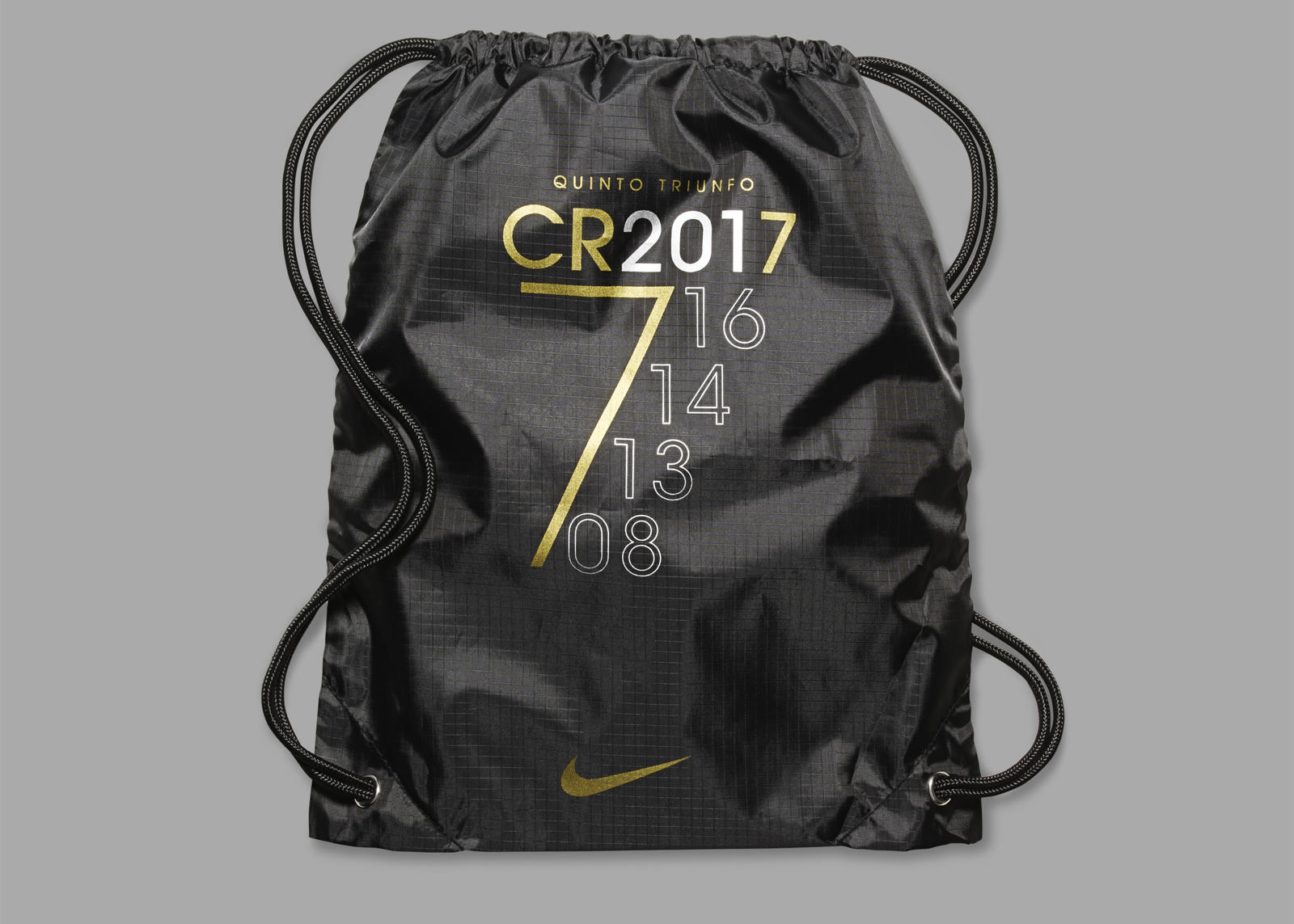 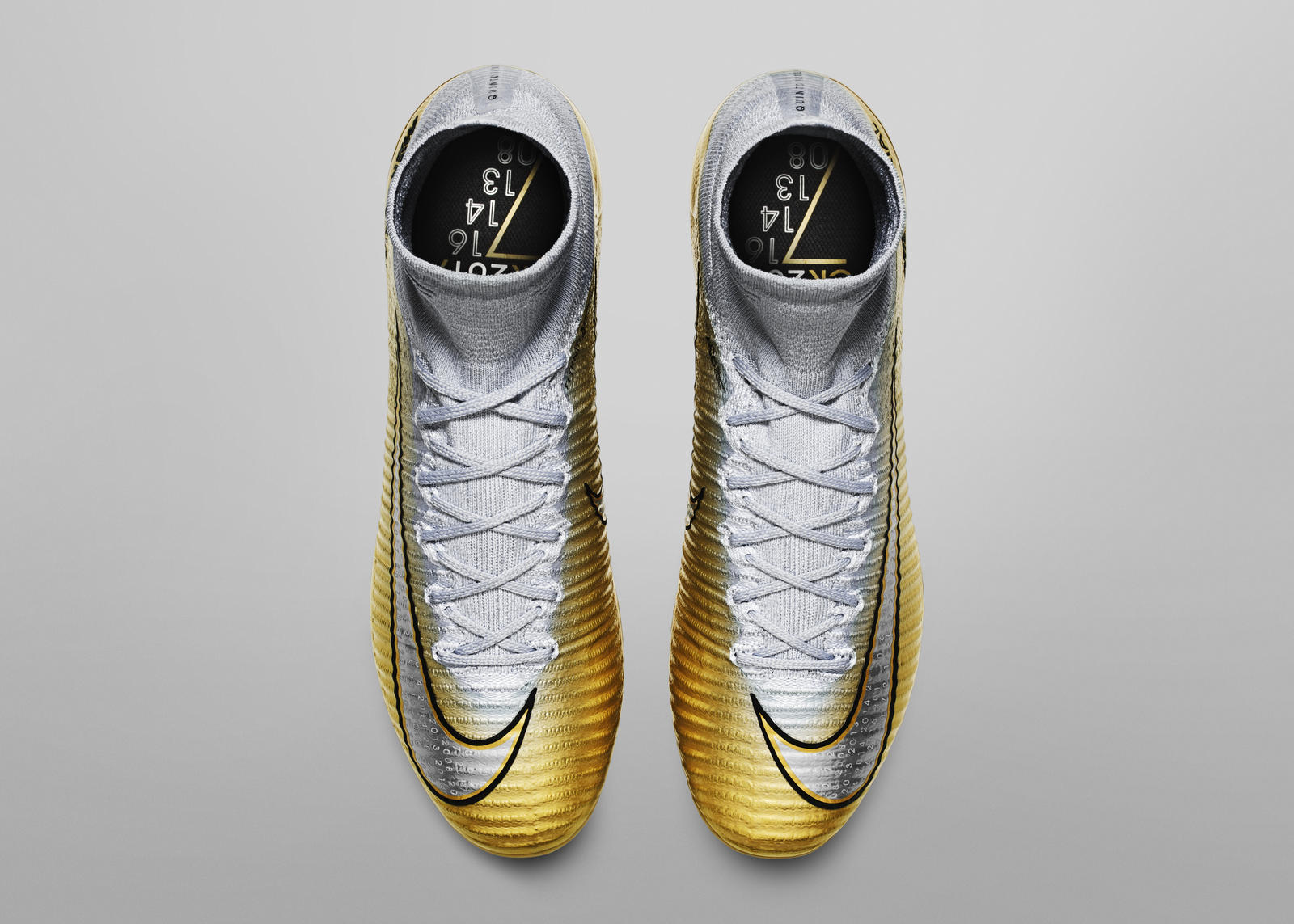