Cristiano Ronaldo captained Portugal for the first time on February 6, 2007, the day after his 22nd birthday. The following year, he became the federation's standing skipper and has since gone on to set the record for most captaincies of his country — a record he extends with every Portugal appearance. Even when injured and unable to play (as he was in the final of the 2016 European Championship), Ronaldo has made a positive impact on his team through his leadership.

Chapter 6 in the series of seven CR7 boots focuses on Ronaldo’s role as the captain of his national team. As such, the palette of the boot complements Portugal’s traditional colors. “When you play for your country you want to win, you want to defend your colors,” confirms Ronaldo.

“To be captain of the Portugal National Team makes me proud. I like to lead by example.” - Cristiano Ronaldo 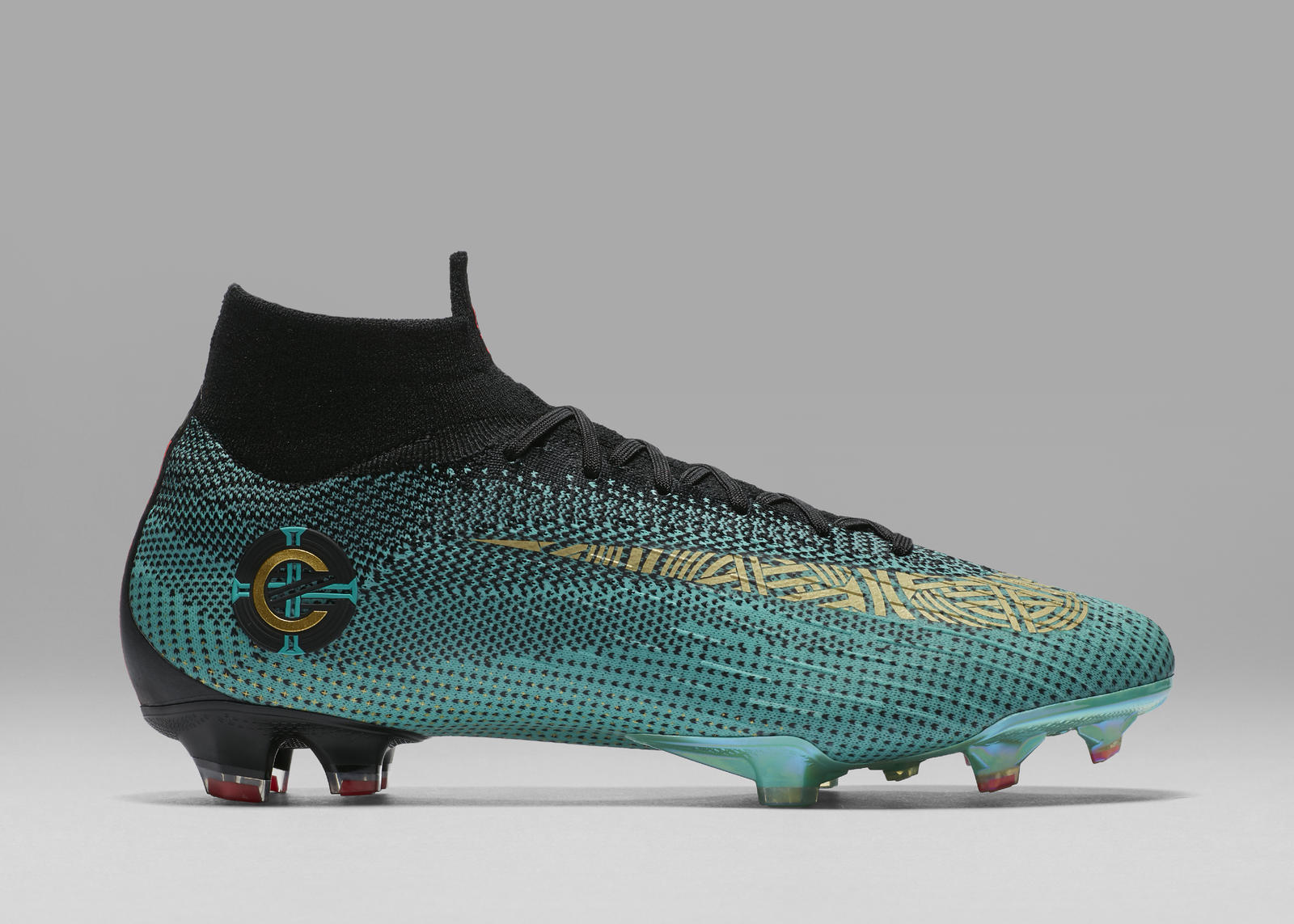 A nod to Portugal’s historical sea exploration lies within the Swoosh. On the lateral side of the heel, the captain’s “C” is incorporated into a raised applique of the sphere (an armillary sphere graphic is also featured on the boot bag). 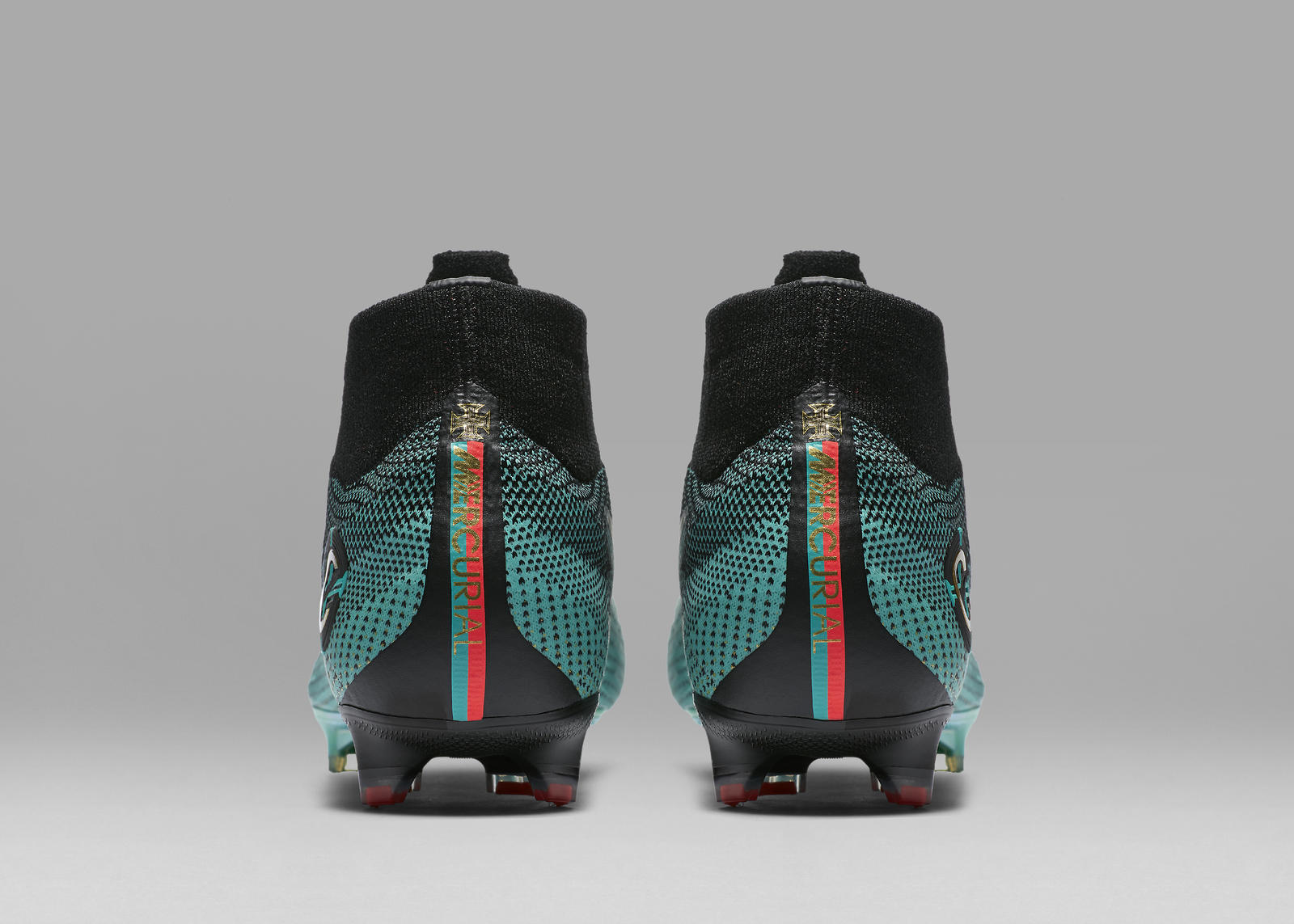 Black at the collar blends  to hyper jade toward the sole making these the first Mercurial 360 boots to feature more than one knit color.

The cross on the heel tab ties back to the cross within the Portugal National Team collection. 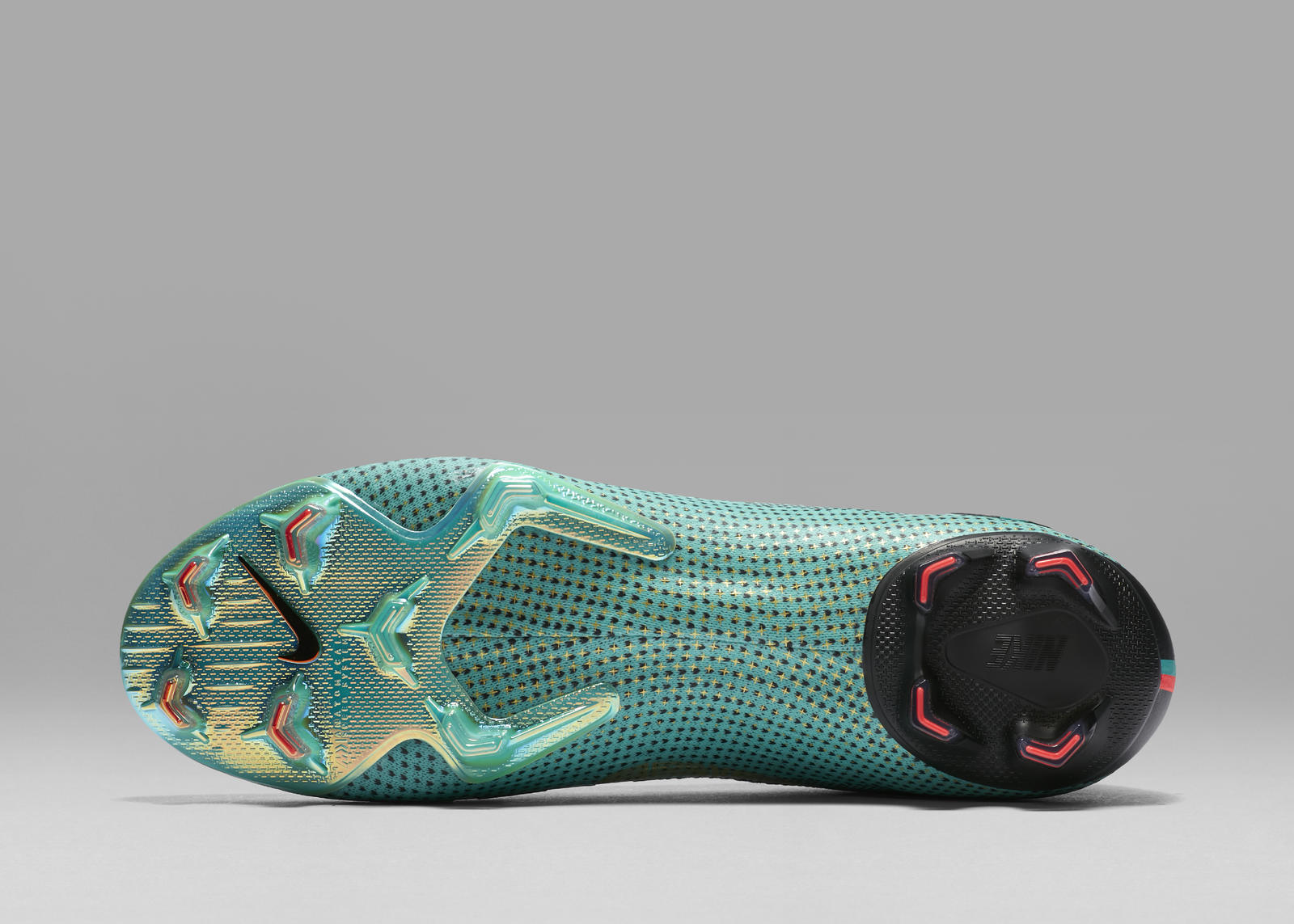 The cross pattern underfoot the Mercurial 360 is aligned with the pattern on Portugal’s new away jersey.

The CR7 Chapter 6: Born Leader boot is available March 20 on nike.com and Mach 22 in stores.