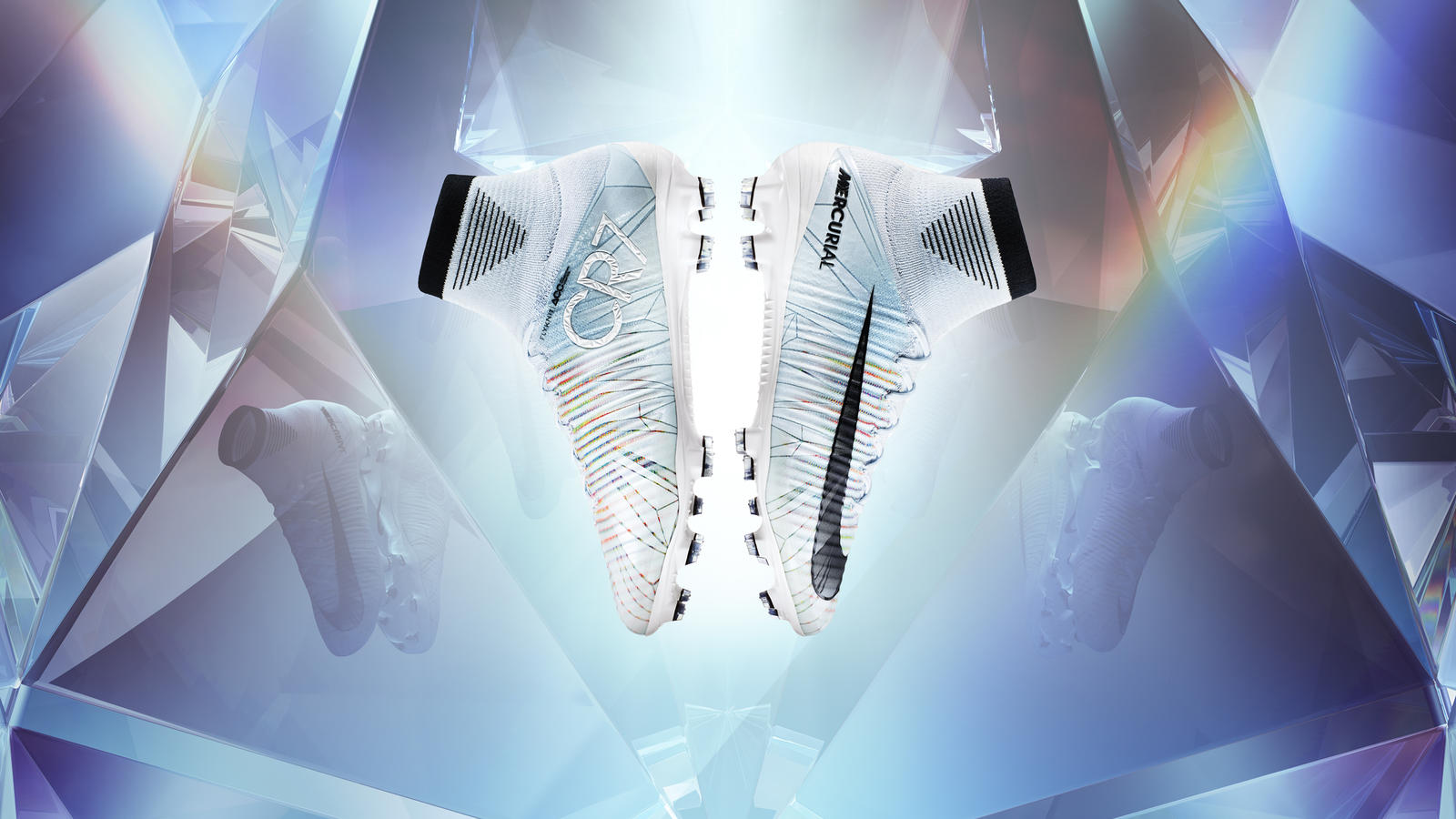 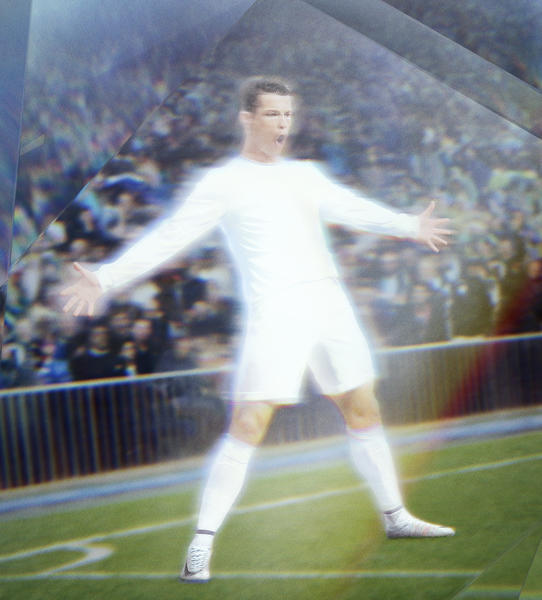 In the summer of 2009, Cristiano Ronaldo joined his current club for what was then a world record transfer fee of £80 million (€94 million). At least 80,000 fans showed up to welcome his move from Manchester to Madrid.

“When I arrived, there were many people around — not just inside the stadium, but outside too,” recalls Ronaldo. “It was an unbelievable day and I felt the power of Madrid.”

Ronaldo scored in his first game with the club and hasn’t stopped scoring since, becoming the fastest to score league goals at every imaginable milestone: 50, 150, 200, 250 and counting. He also holds distinction as the first player to score against every team in La Liga in one season.

His brilliance on the pitch has shone like a diamond and that became the inspiration for his Chapter 5: Cut to Brilliance boots. 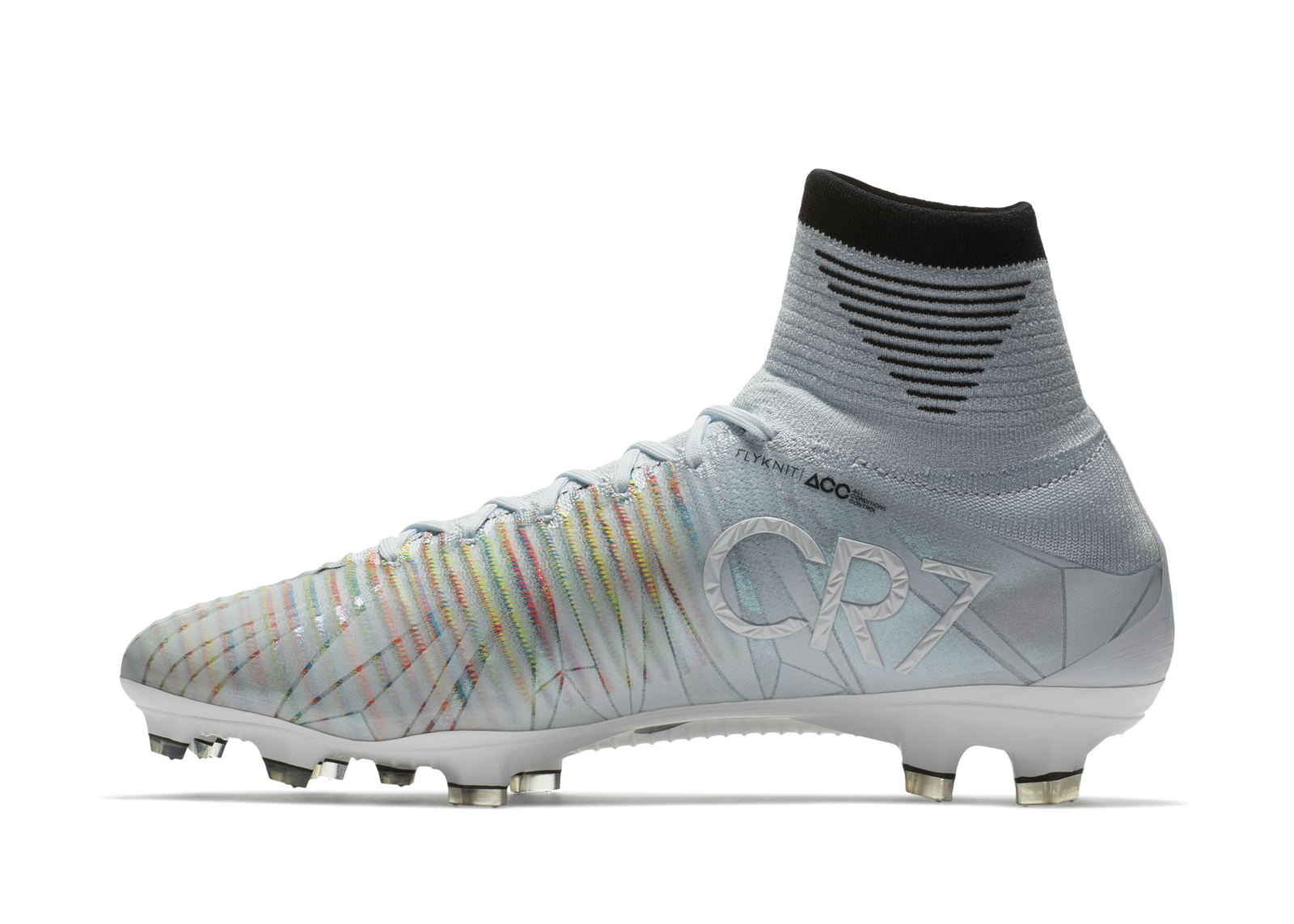 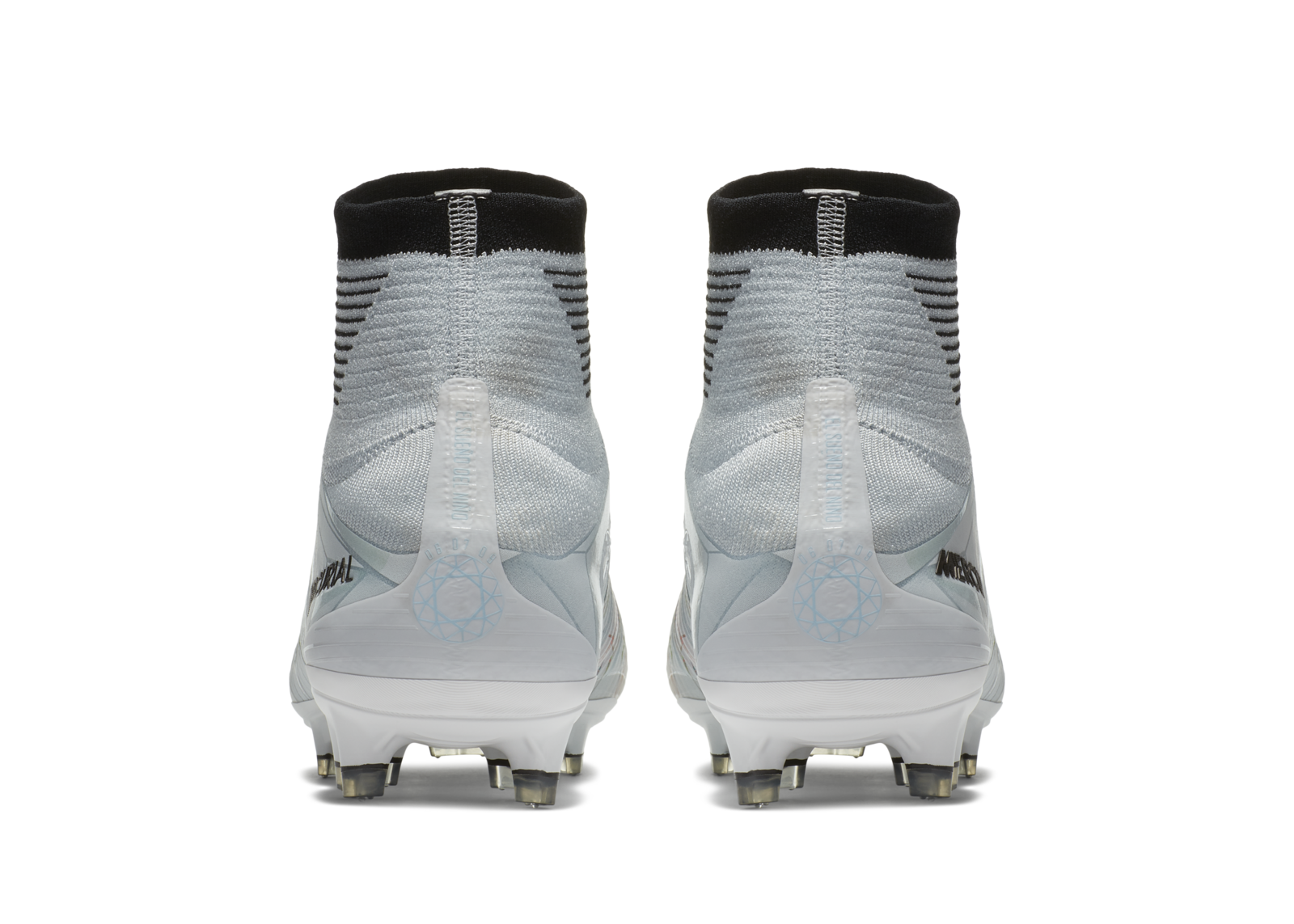 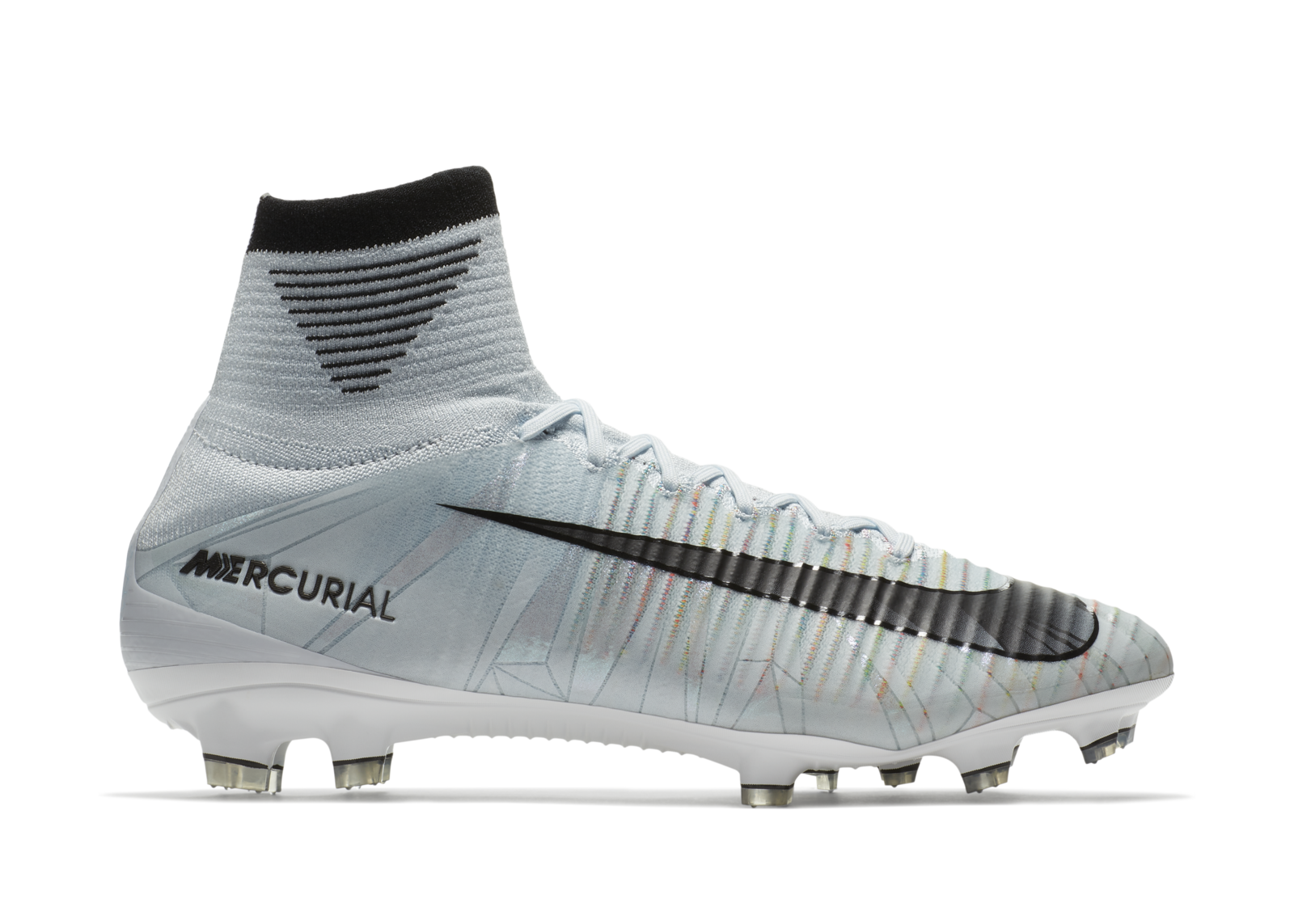 The boots feature a diamond-inspired graphic on a white base that sparkles under the lights. The upper includes multi-color knit details that mimic the multitude of colors that diamonds refract. On the medial side of the boot, a textured CR7 logo provides a tactile representation of the diamond graphic, while the heel counter provides a top-down view of a brilliant-cut diamond accompanied by the date of Ronaldo’s Madrid debut. The high heel reads “El Sueño Del Niño” (the dream of the child) as these were the words Ronaldo shared with Nike’s design team to describe how he felt about joining his new team.

“The details of the white boots — the color, the diamonds — they are beautiful; they are cool,” says Ronaldo. “I am sure, 100 percent, people are gonna like it.” 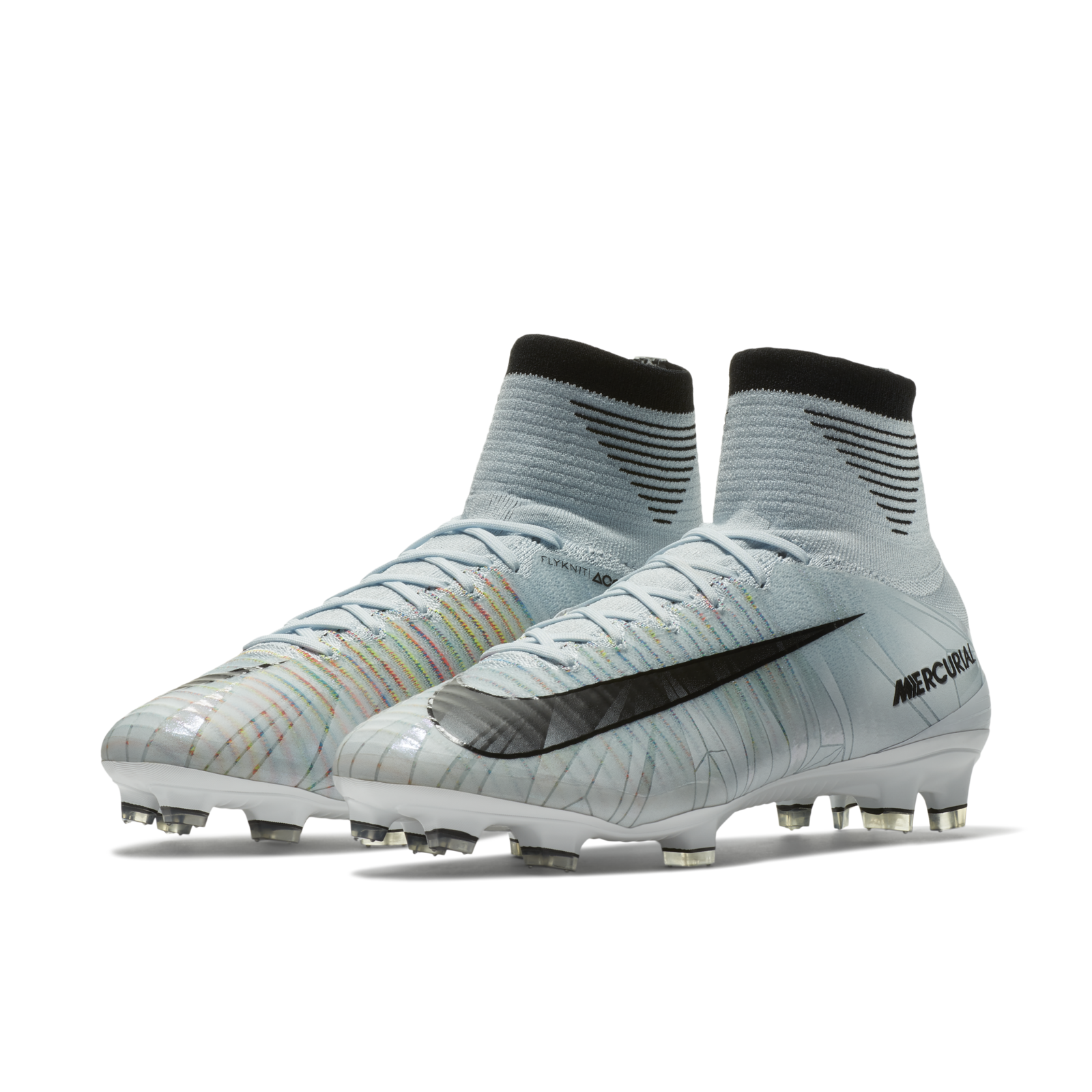 The Chapter 5: Cut to Brilliance boots will be available September 29 on nike.com.