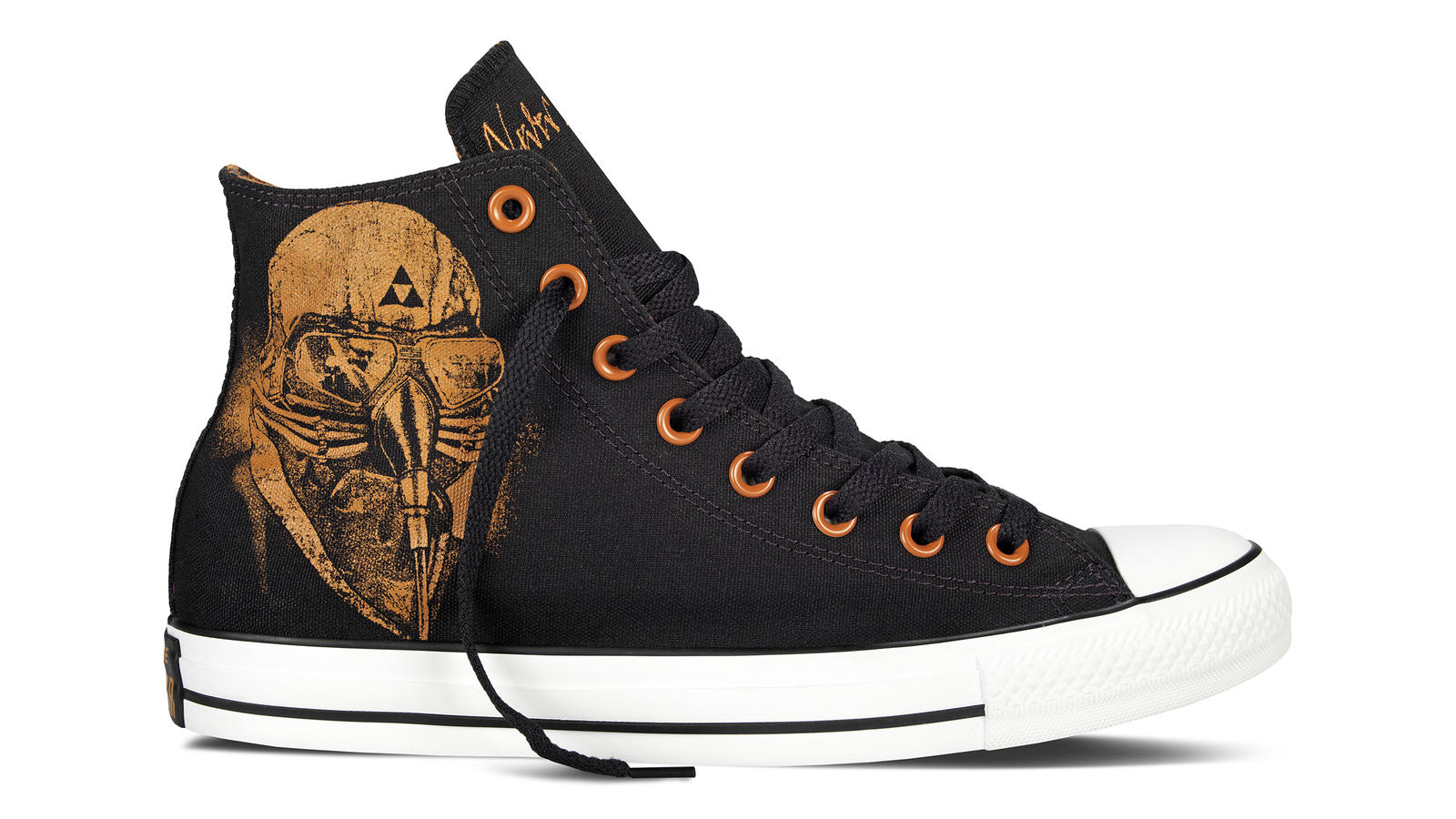 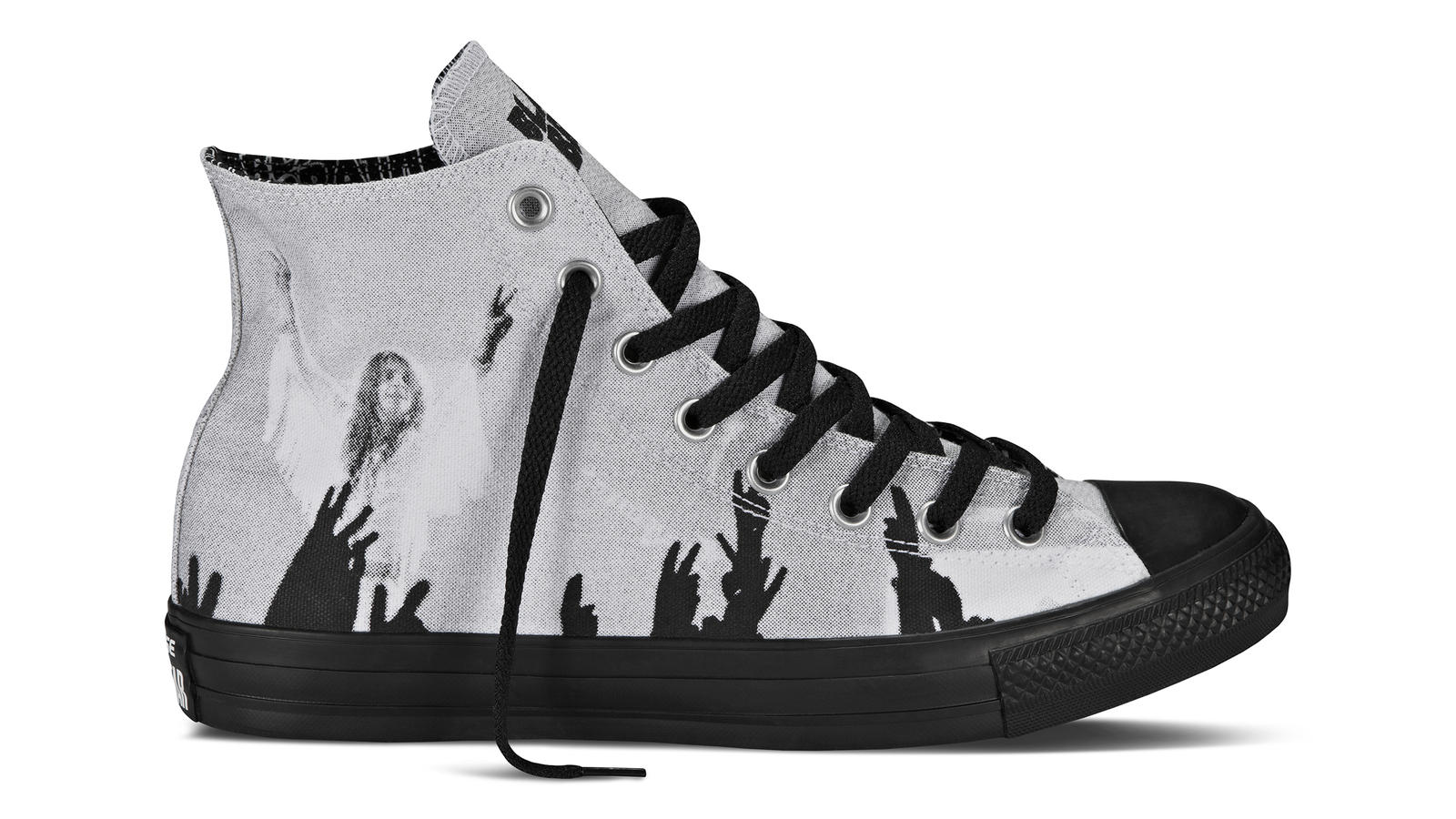 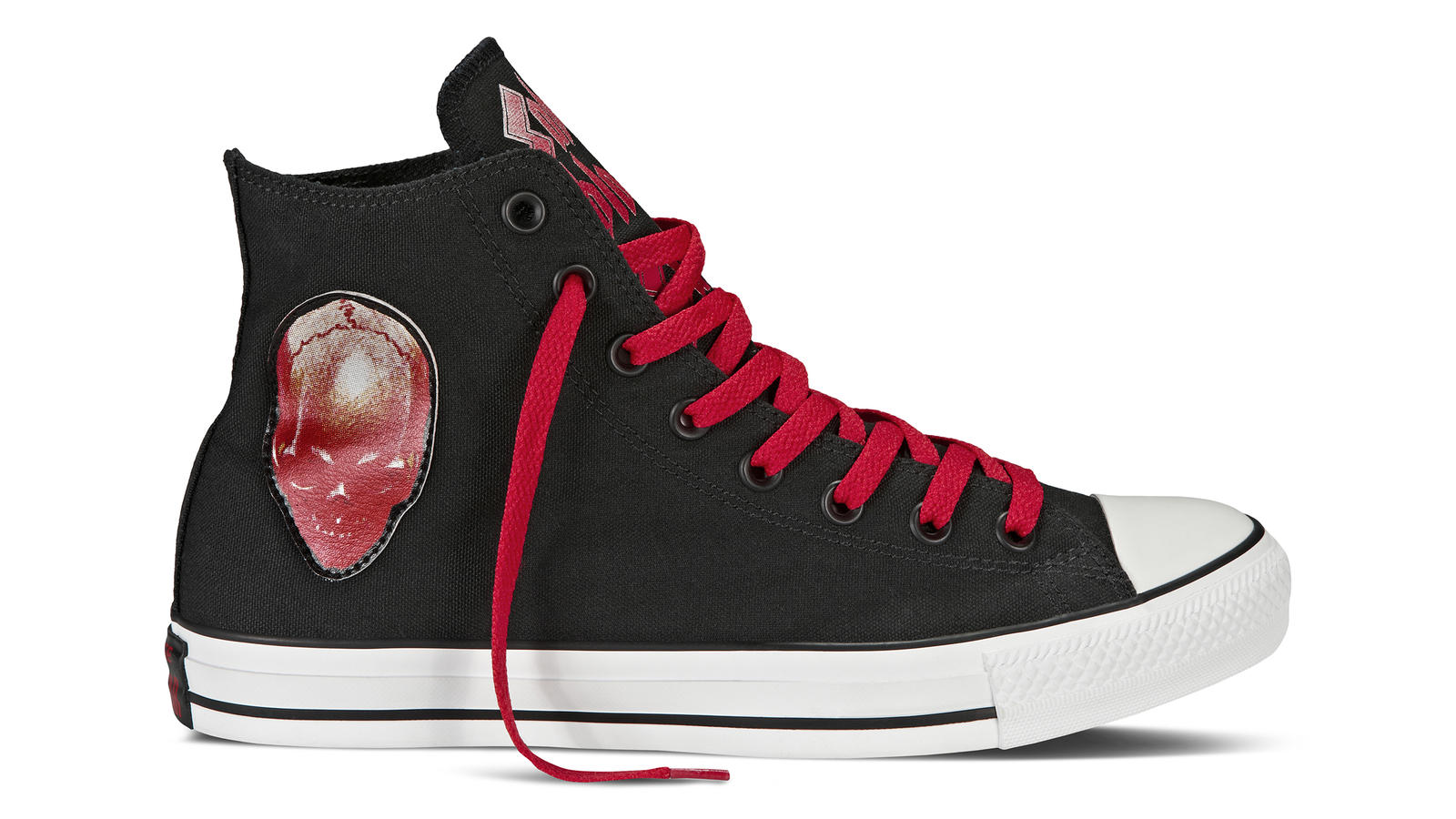 Black Sabbath is credited with creating “heavy metal,” and their genre-defining music marked a paradigm shift in the world of rock. Since debuting in 1969, Black Sabbath has inspired millions through music. One of the most iconic bands of all time has once again teamed up with one of the most iconic sneakers of all time for a truly special Converse Chuck Taylor All Star collection.

The Converse Chuck Taylor All Star Black Sabbath collection will be available at Converse stores (converse.com) and Journey’s (journeys.com) beginning July 10 for $60. For more information about the collection visit converse.com/blacksabbath.

The Converse Chuck Taylor All Star Sabbath Bloody Sabbath hi-top features a canvas upper printed with cover art from one of Black Sabbath’s heaviest and most loved records, “Sabbath Bloody Sabbath,” which was conceived in the dungeons of the Clearwell Castle in England. The album artwork captures the mood and vibe of those recording sessions. The stitched “Sabbath Bloody Sabbath” tongue label features the same text font used on the album cover. The shoe’s fabric upper features imagery from the cover art.

Converse Inc., based in N. Andover, Massachusetts, is a wholly owned subsidiary of NIKE, Inc. Established in 1908, the Converse brand has built a reputation as “America’s Original Sports Company”™ and has been associated with a rich heritage of legendary shoes such as the Chuck Taylor® All Star® shoe, the Jack Purcell® shoe and the One Star® shoe. Today, Converse offers a diverse portfolio including lifestyle men's, women's and children’s footwear, apparel and accessories. Converse product is sold globally by retailers in over 160 countries and through 83 company-owned retail locations in the U.S. For more information, visit media.converse.com.

Credited as creating “heavy metal” by the Rock and Roll Hall of Fame, Black Sabbath has released eight (8) studio albums from 1970-1978. The success of their first two albums--Black Sabbath and Paranoid--marked a paradigm shift in the world of rock. Black Sabbath's legendary second album, Paranoid (1970) contained such classic tracks as "Iron Man," "Paranoid" and "War Pigs." Their next two albums - Master of Reality (1971) and Vol. 4 (1972) exhibited enhanced range and ambition and the title track to the group’s fifth album, Sabbath Bloody Sabbath (1973), ranks among their finest moments. Black Sabbath has sold more than 75 million albums worldwide and was inducted in to the Rock and Roll Hall of Fame in 2006. The release of 13 on June 11, 2013, marked Black Sabbath's first studio album together since 1978 and debuted at #1 in 13 countries.  After 45 years, the band continues to be as vital as ever.  They recently won their 2nd Grammy Award for Best Metal Performance and are currently finishing up a 16 month sold-out world tour.