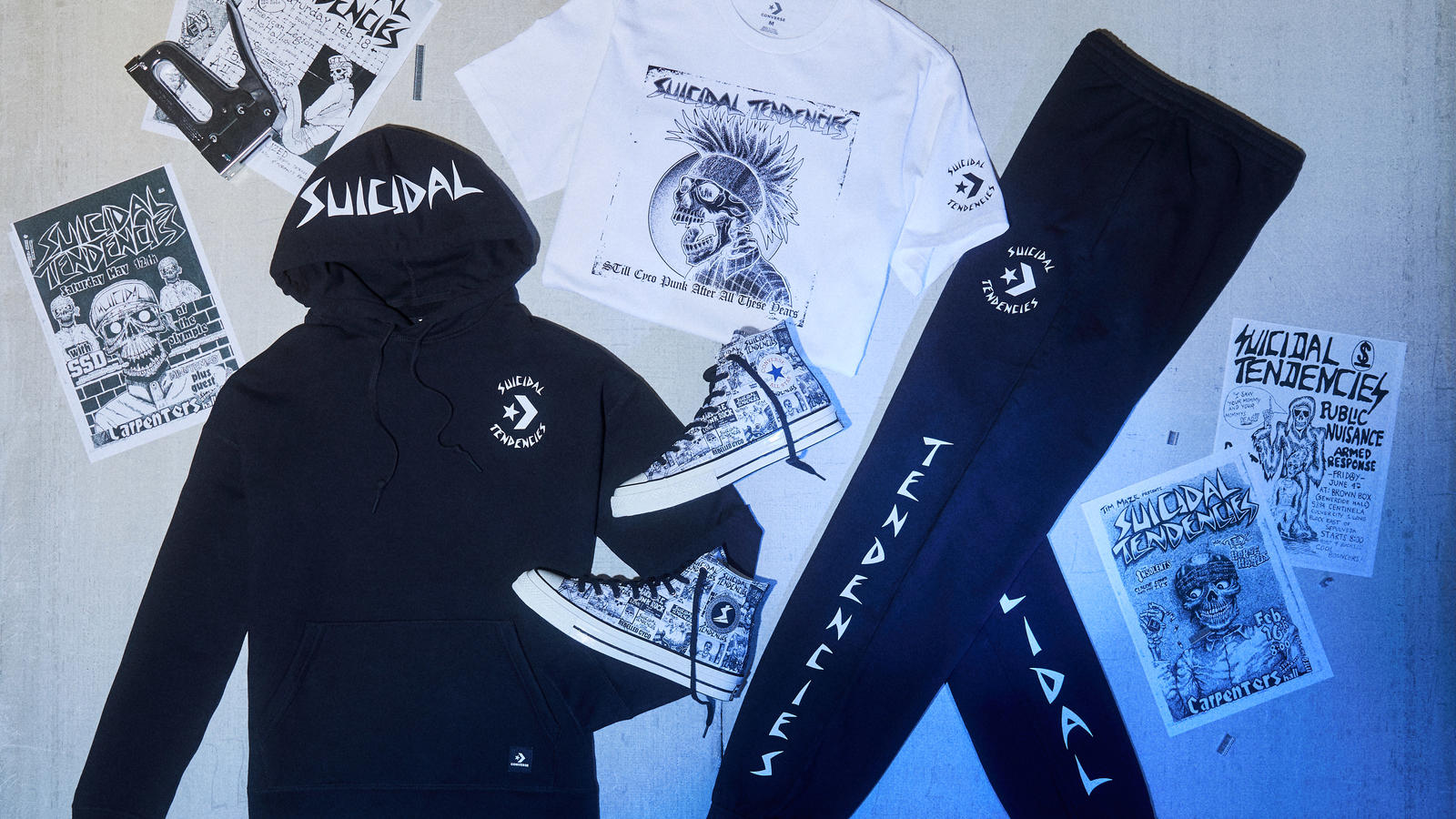 Almost a decade before the founding of seminal hardcore band Suicidal Tendencies, frontman Mike Muir received his first pair of Converse as a birthday gift.

"I think I was 10, 11 or 12," he recalls, which puts his first wear in the mid-70s. He was immediately attracted to Chucks for the purity of the shoe's character. "It's one of those things that sells itself. You could identify with the shoes where we were from in California."

Far from being nostalgic, Muir views Converse's most enduring silhouette as perennially proper. "A lot of people always talk about the good old days. My dad always said 'don't ever be like that,' because when you're talking about the old days, you are not in your time." 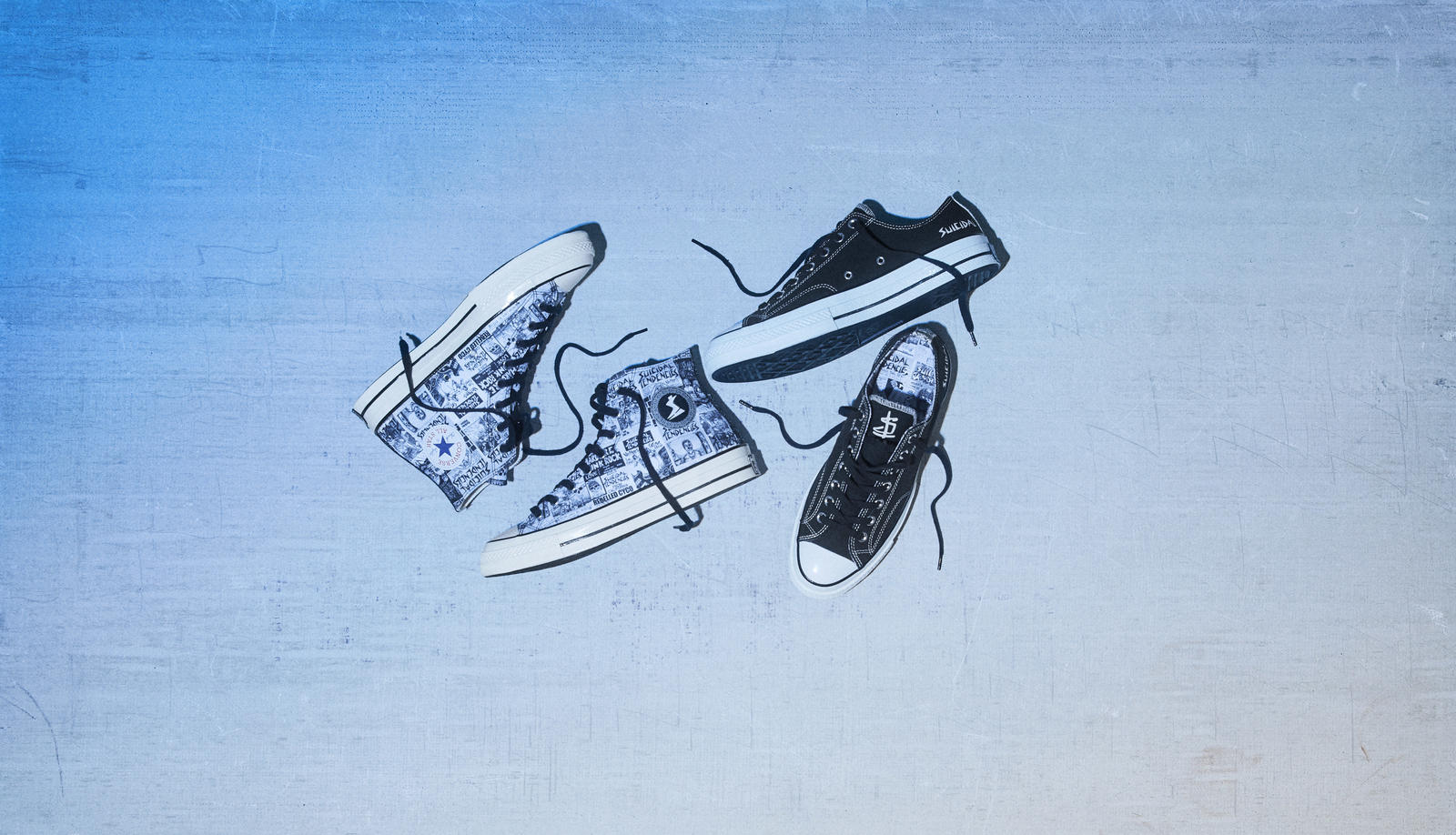 Suicidal Tendencies, from its '83 debut record to its latest, "STill Cyco Punk After All These Years" (releasing September 7) has stayed in its time. Muir attributes this to clarity of purpose. More specifically, he notes that their longevity owes a lot to avoiding prevalent trends in favor of sticking to what they like.

"Why do some things last?" he asks, rhetorically. "When you get into the collective, you try to fit in, and when you are the individual you really don't care. And then people tend to follow. That's what has served us. We've done what we've liked rather than follow what others like. Going back to the early '80s, almost 40 years, there's been so many different trends. But if you get on that bus you get off your road and end up being lost."

Part of this philosophy stems from the establishment, early in the band's history, of a graphic identity that has become a pop culture standard. Envisioned by Ric Clayton, Venice-born artist and early member of No Mercy, the band's artwork, with its skulls and raw hand lettering, defined the group's singularity.

This artwork forms the basis for Suicidal Tendencies' new collaborative collection with Converse. While born in the '80s, there's a timelessness that extends from the consistency Muir and the rest of the band present. "We are very fortunate because we like where we are at and what we're doing," says Muir. "We don't have a bell bottom and shag carpet stage, whereas a lot of people did things they wish they didn't." 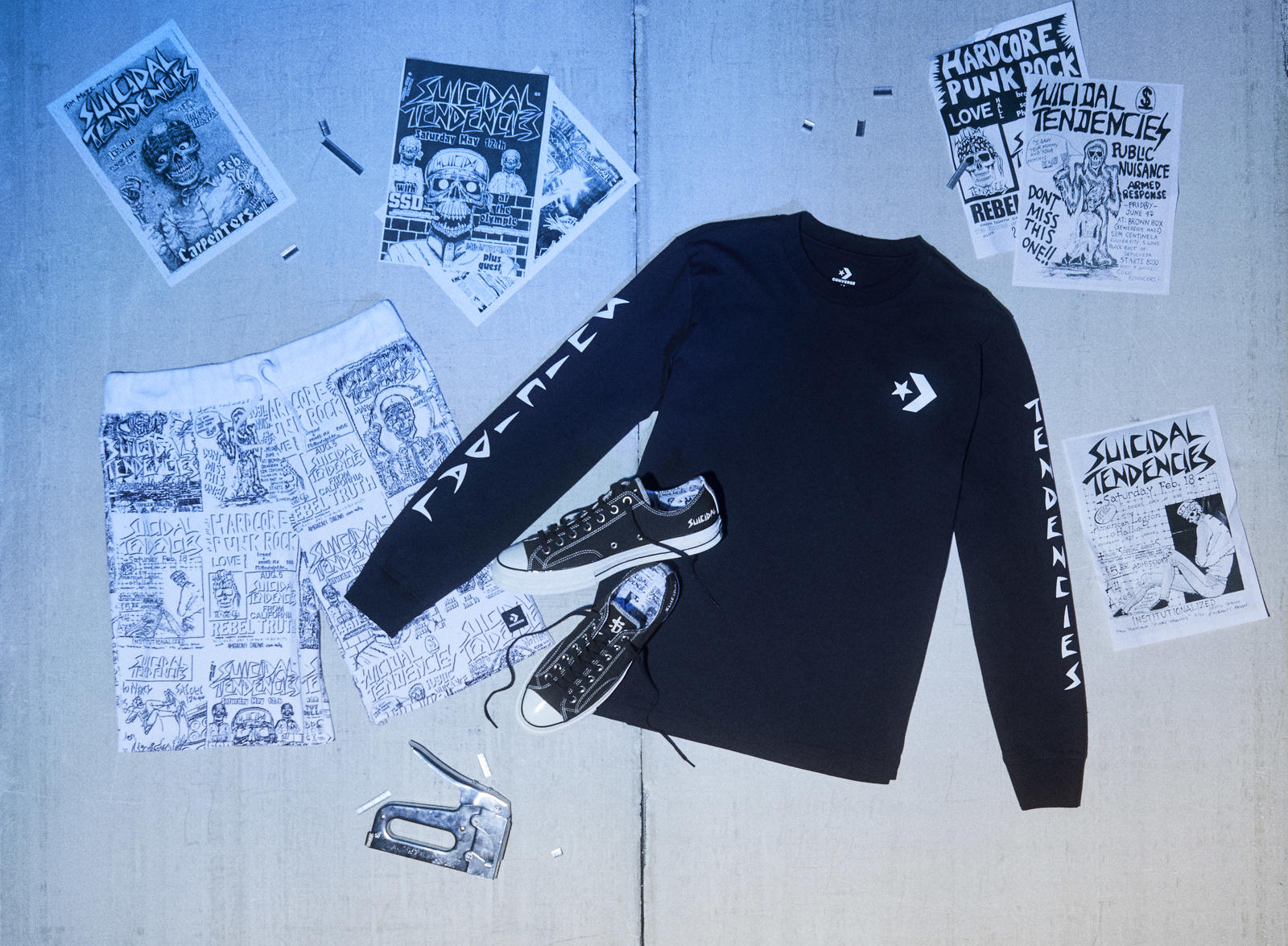 For Muir, the collaboration's highlight is the Chuck 70 HI, made with a vintage canvas upper adorned with an all-over digital print and Suicidal Tendencies leather patch. "If someone had told me in my teens I'd have a shoe, I'd have said 'no way,'" he says. "This would totally blow away that 16-year-old kid. That's a great thing."

The remaining portions of the collection — a Chuck 70 low and apparel featuring screen-printed artwork ranging from a woven poplin shirt to sweatshorts — all follow the band's long-standing aesthetic. After all, if it still works, why change it?

An early release, in Converse’s hometown of Boston, will take place during a pop-up at Bodega that extends from September 6 (11am to 8pm) to September 7 (11am to 8pm), and coincides with a Suicidal Tendencies show at the House of Blues in Boston.