Famously worn by several members of Detroit's rough-and-tumble, back-to-back title-winning team, the ERX also graced the feet of rock stars and skate legends. The wearers shared a hard-working, defiant spirit, and ERX became a beacon for the bold.

First released in 1988, the ERX had an equal balance of bulk and tech. Underfoot, Converse's Energy Wave technology provided enhanced cushioning and spurred the Energy Return Multiplier (ERX) moniker. Thirty years later, the sneaker that epitomized the over-the-top basketball style of the late 1980s is born again, and with the help of streetwear designer Don C to reflect the bold attitude and style of basketball culture today. 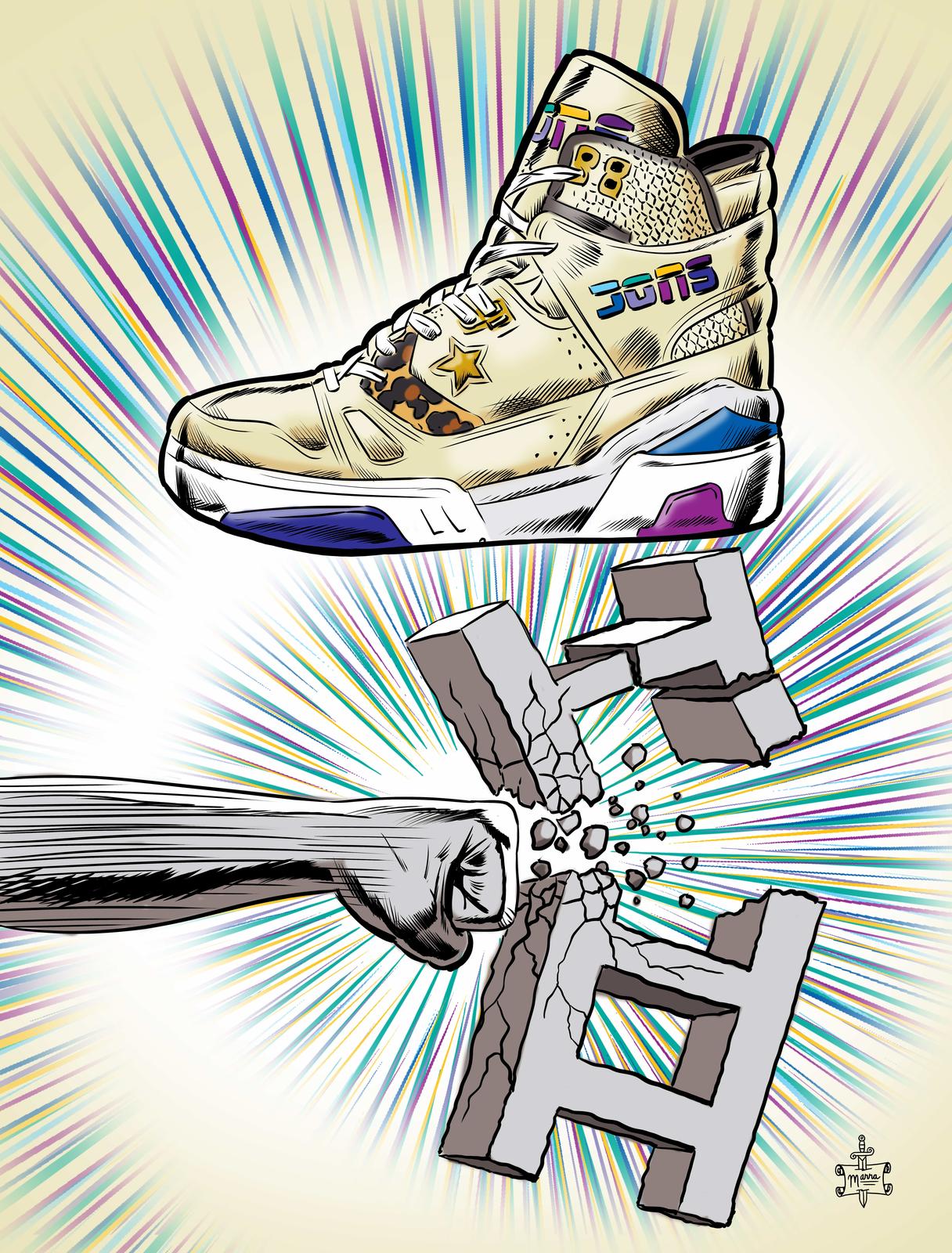 CONVERSE X JUST DON ERX
The shoe — and illustration — captures the hard-nose attitude players and teams had in the '80s, when basketball was a much rougher sport.

"There is a new generation at the helm, and they are ushering in personal memories and testimonies; this enables a rediscovery and resurgence of past models with fresh perspective," says Jimmy Manley, Senior Director Special Projects, Converse. "We were taking Don C through the archives and when we got to the ERX, before we could even get into presenting it he goes, 'I remember that shoe, this is the shoe!' It spiraled into this rally cry to bring it back."

The Chicago-born designer recalled the shoe's championship pedigree — it capped a decade in which Converse athletes defined title-winning. More than that, Don C was reminded of the cross-cultural adoption it enjoyed. "I remembered the ERX model because it had so many layers in the past,” he says. “That makes me proud, because I love when basketball becomes part of another arena.” 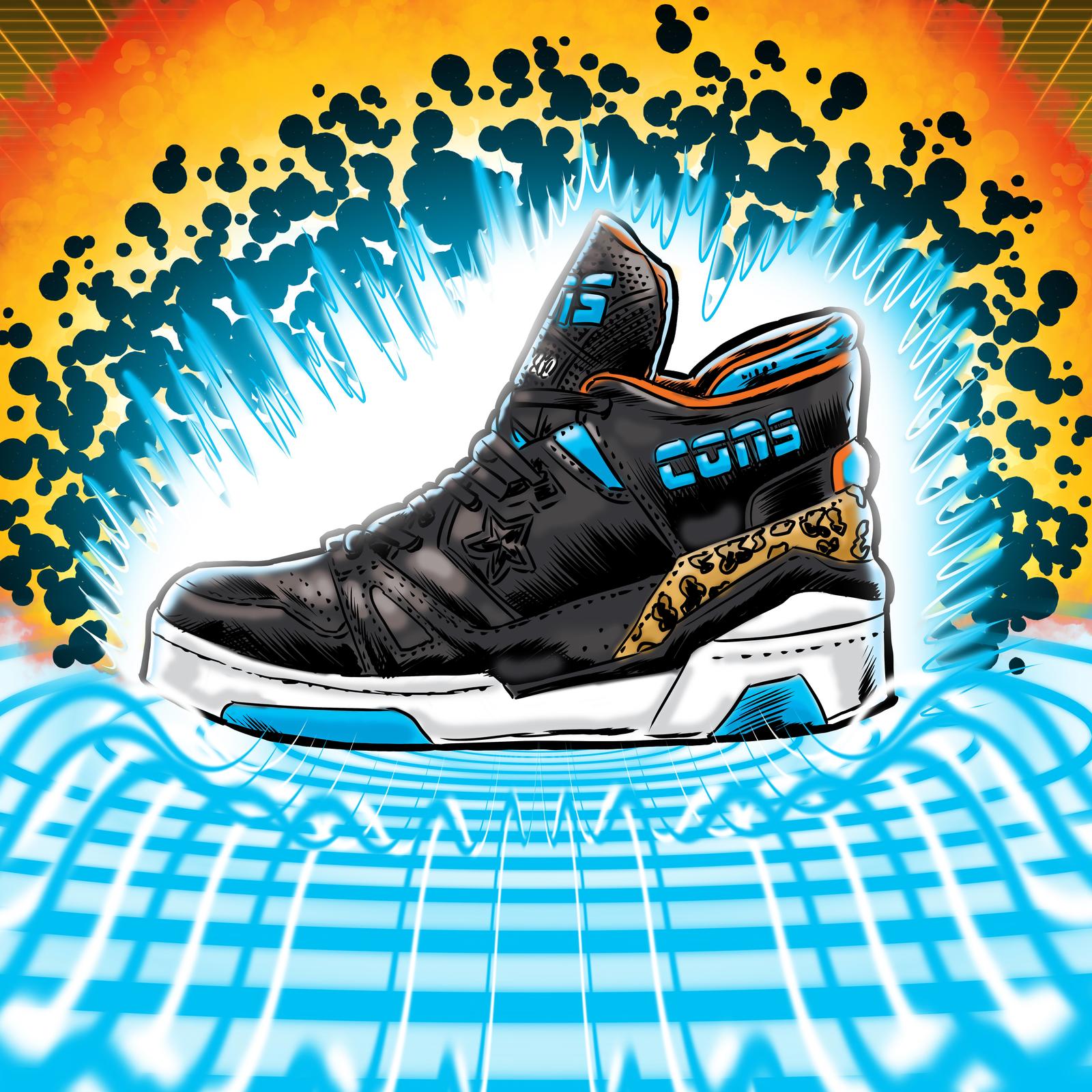 Illustrator Benjamin Marra's interpretation of the Converse ERX 260 Animal, which evokes the power and energy of '80s footwear ads. 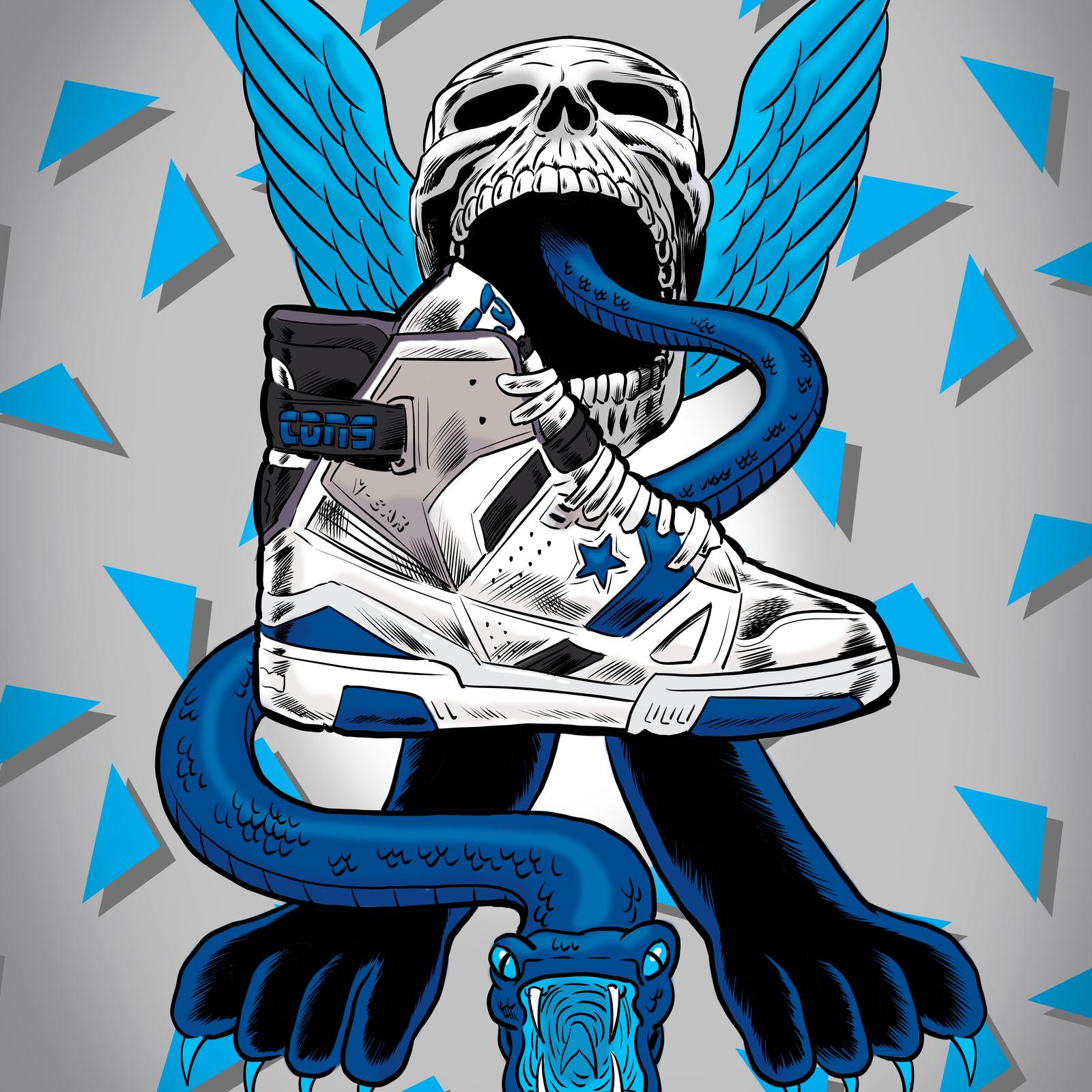 Skateboard graphics in Marra's rendering of the Converse ERX 260 reflect an era that merged basketball and skate. 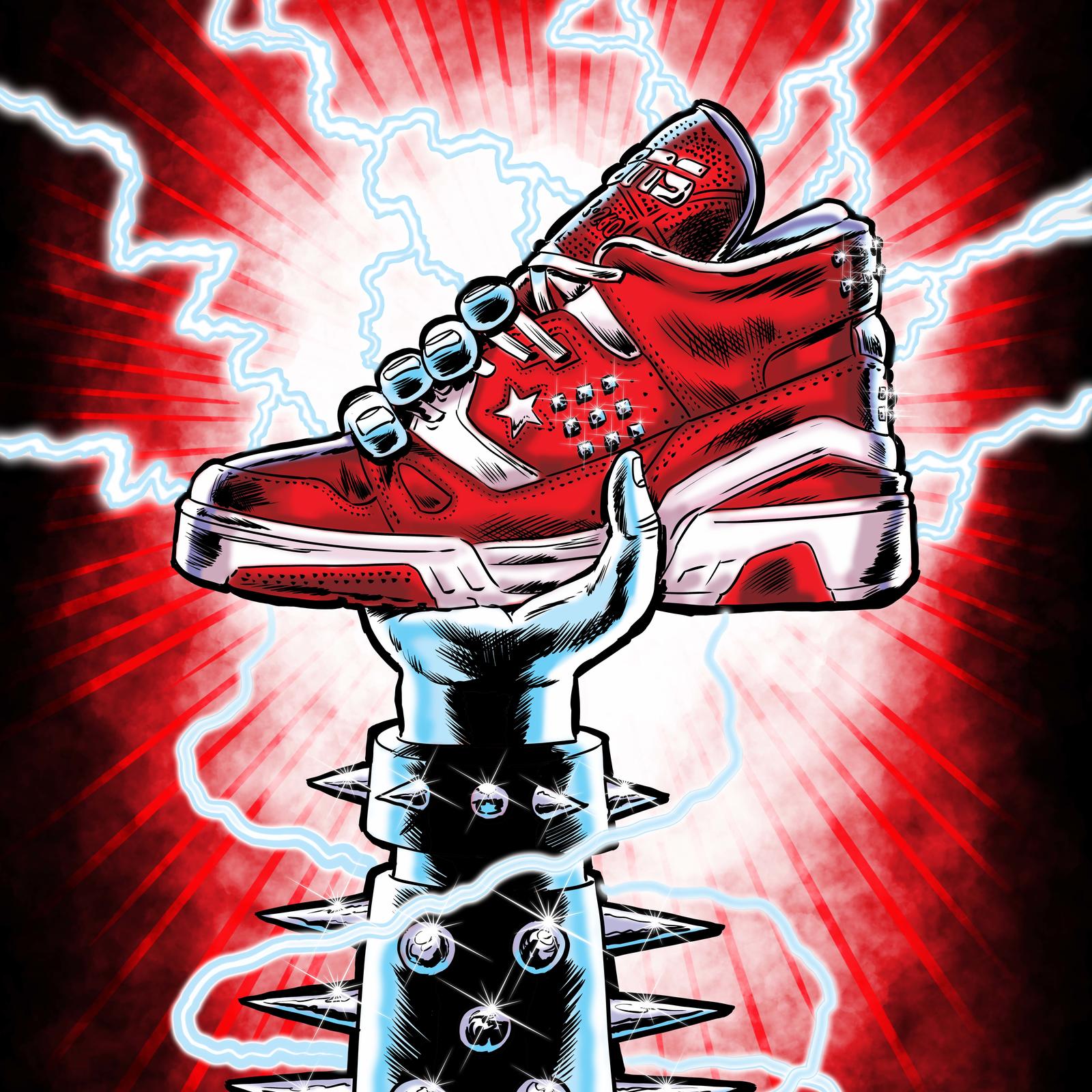 Reminiscent of early '90s metal-album artwork, this design alludes to the counter adoption of the ERX off the court.

Bringing back the ERX gives the brand a unique opportunity to dig into its basketball history and carve out a future of creative rebellion as Converse reclaims its heritage in the sport. Says Manley, "It allows us to have a different attitude, one that is authentic to Converse — a counterculture view to basketball and street style."