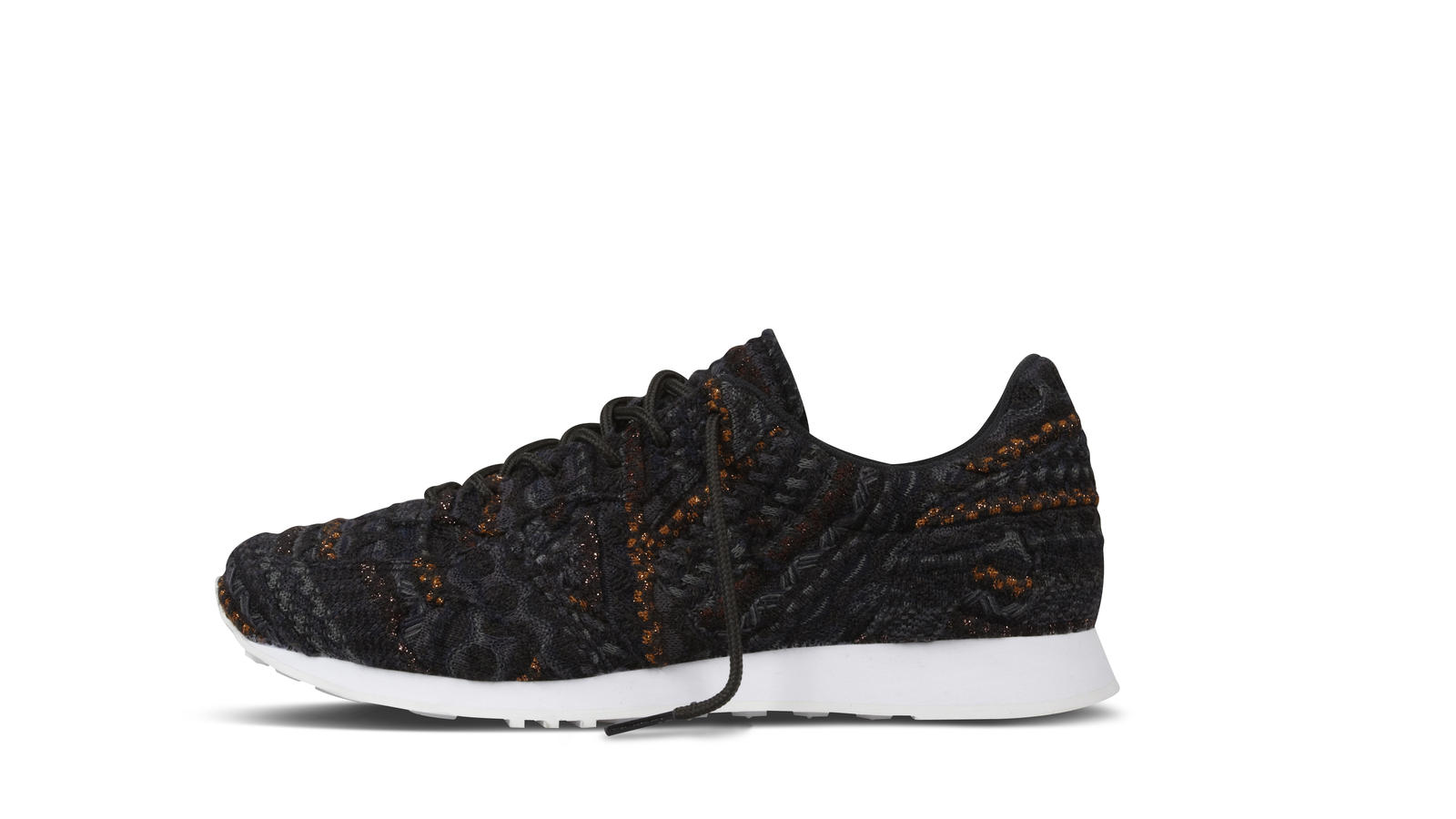 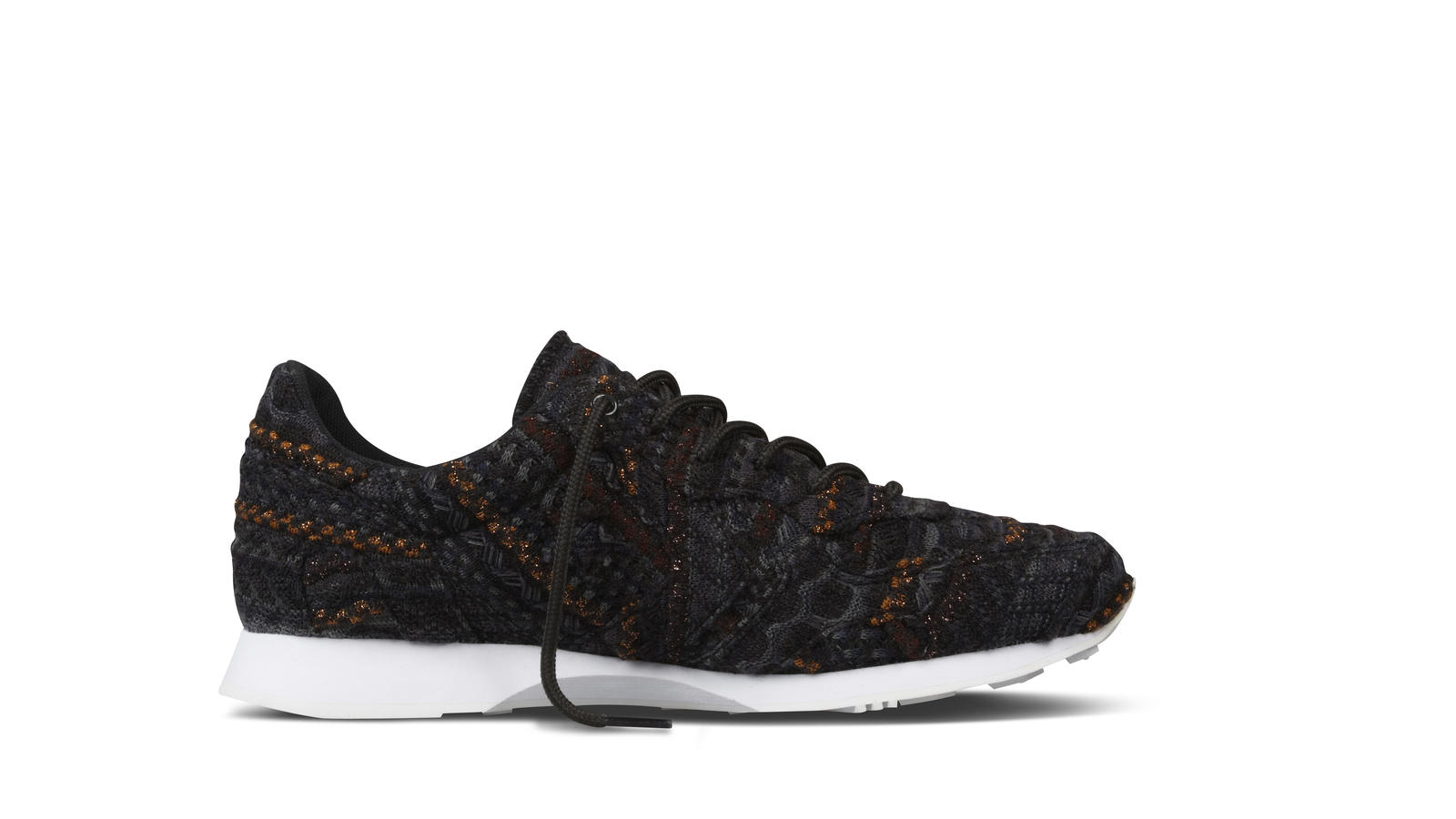 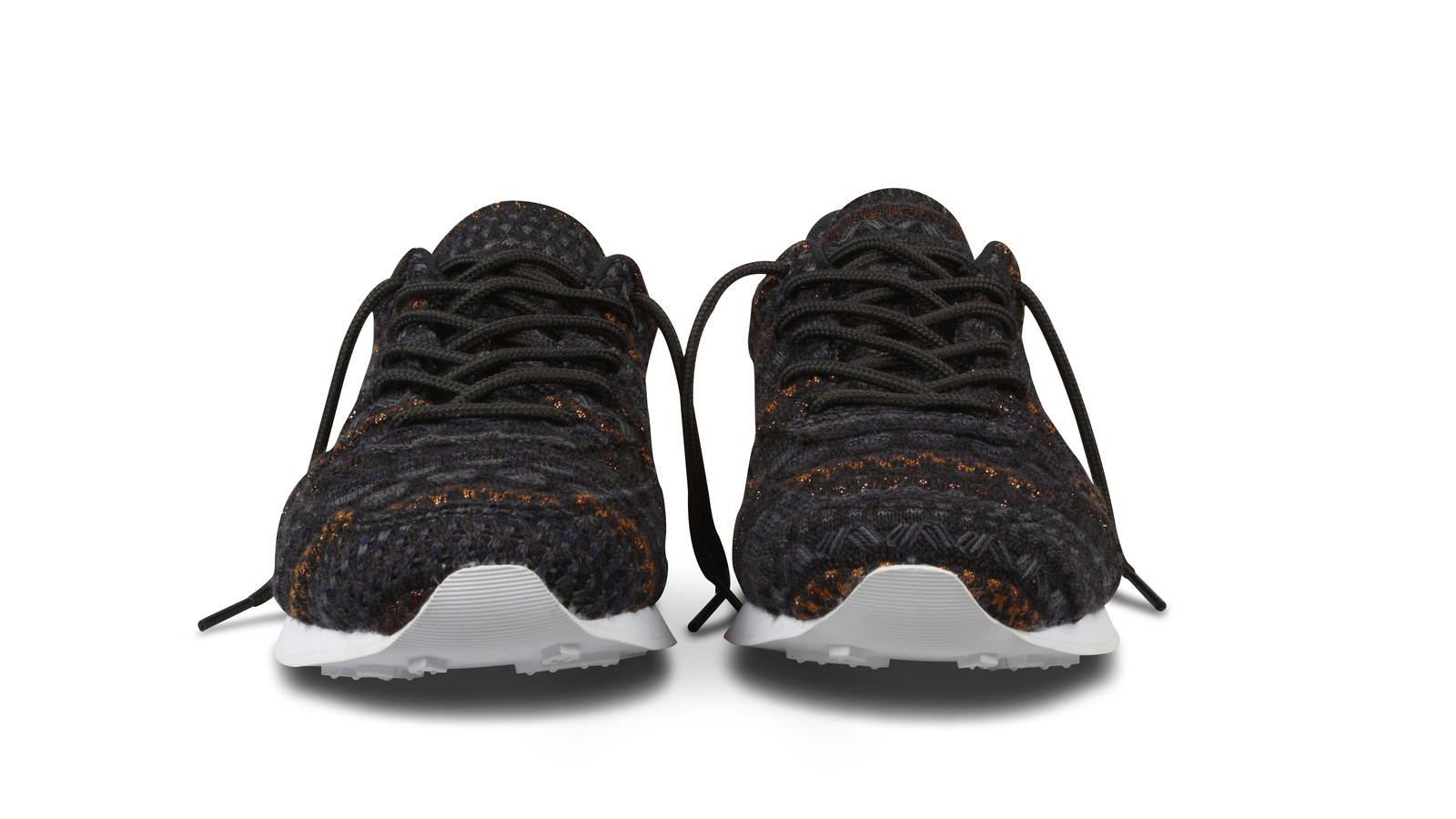 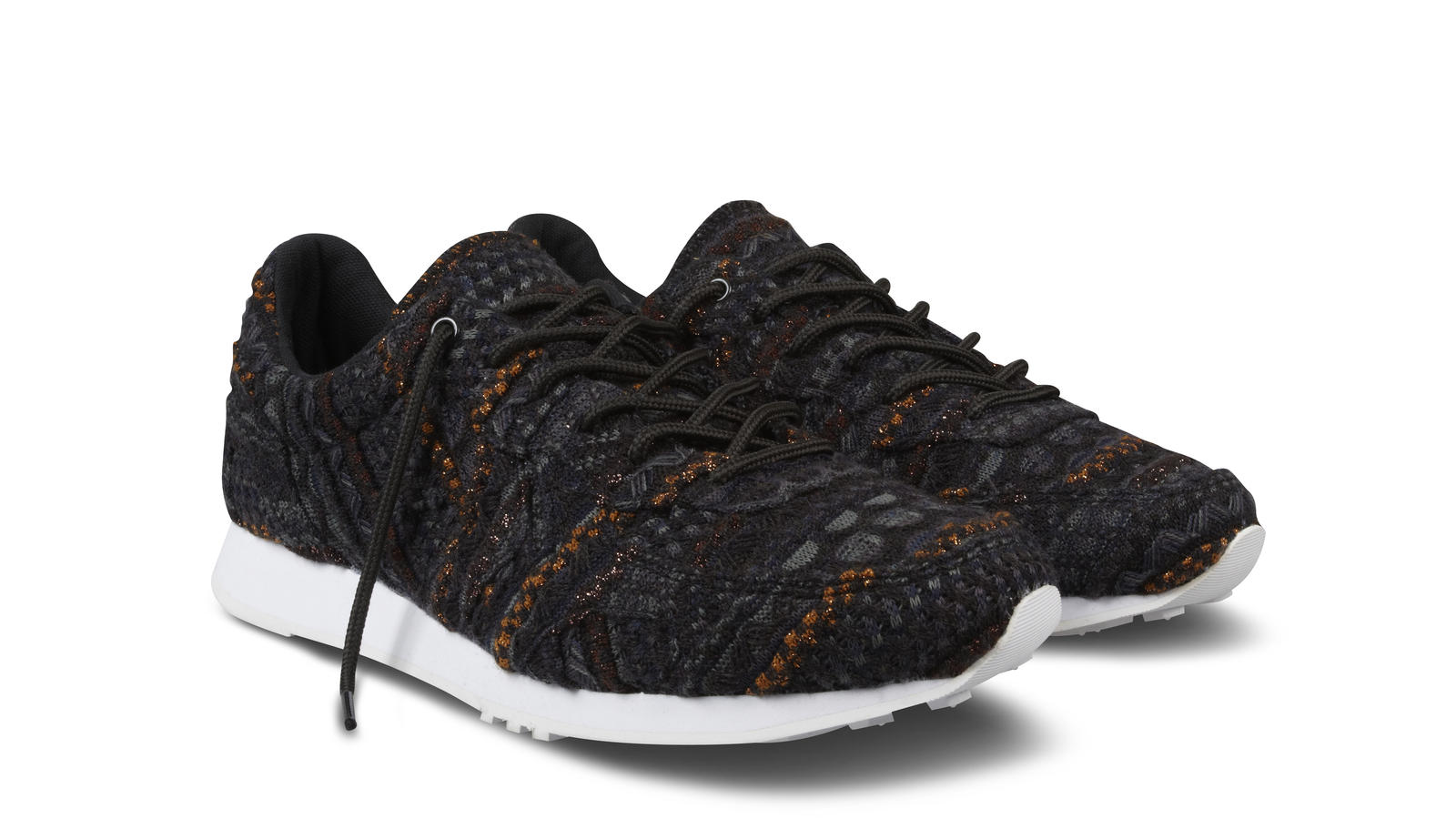 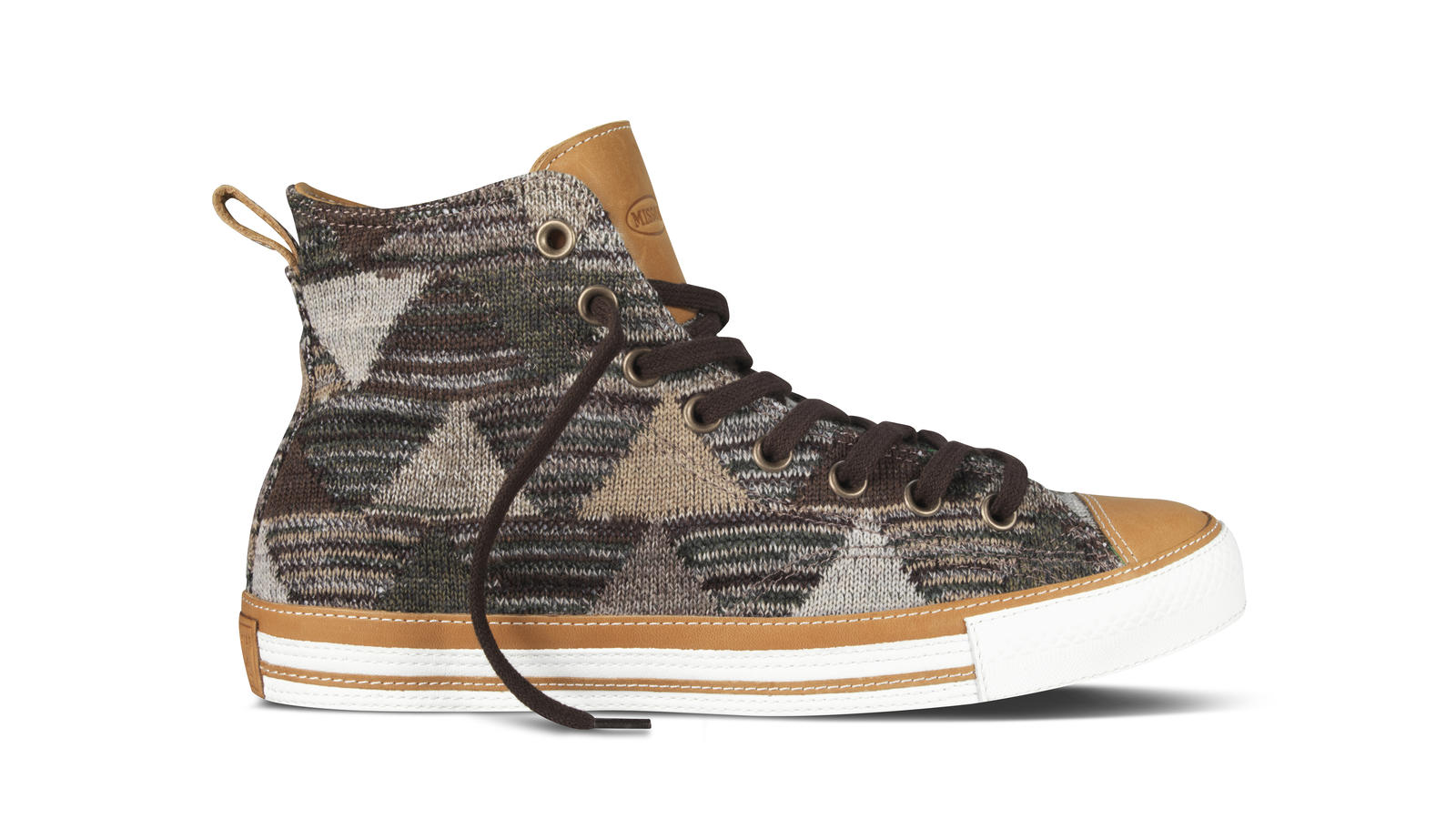 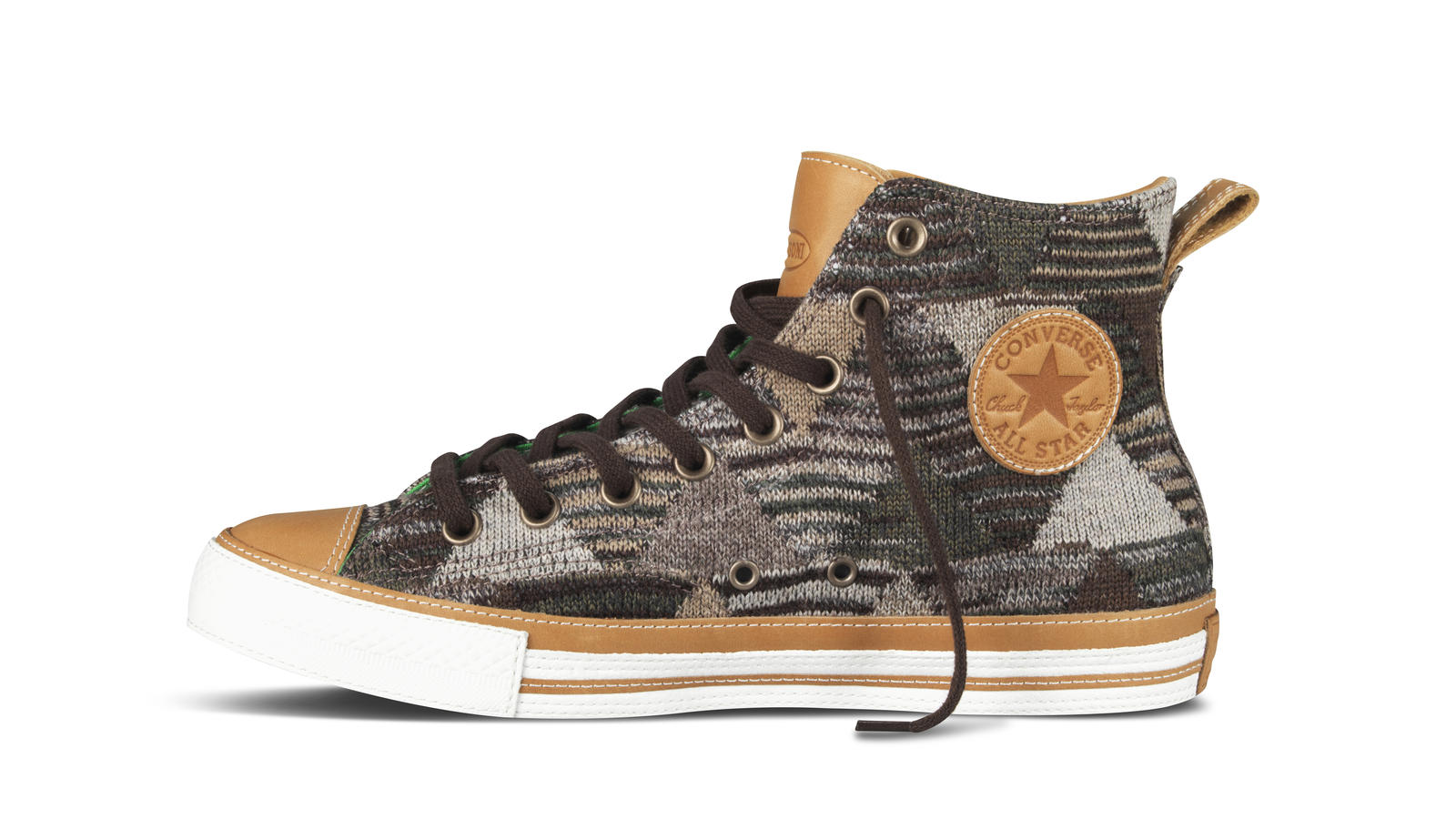 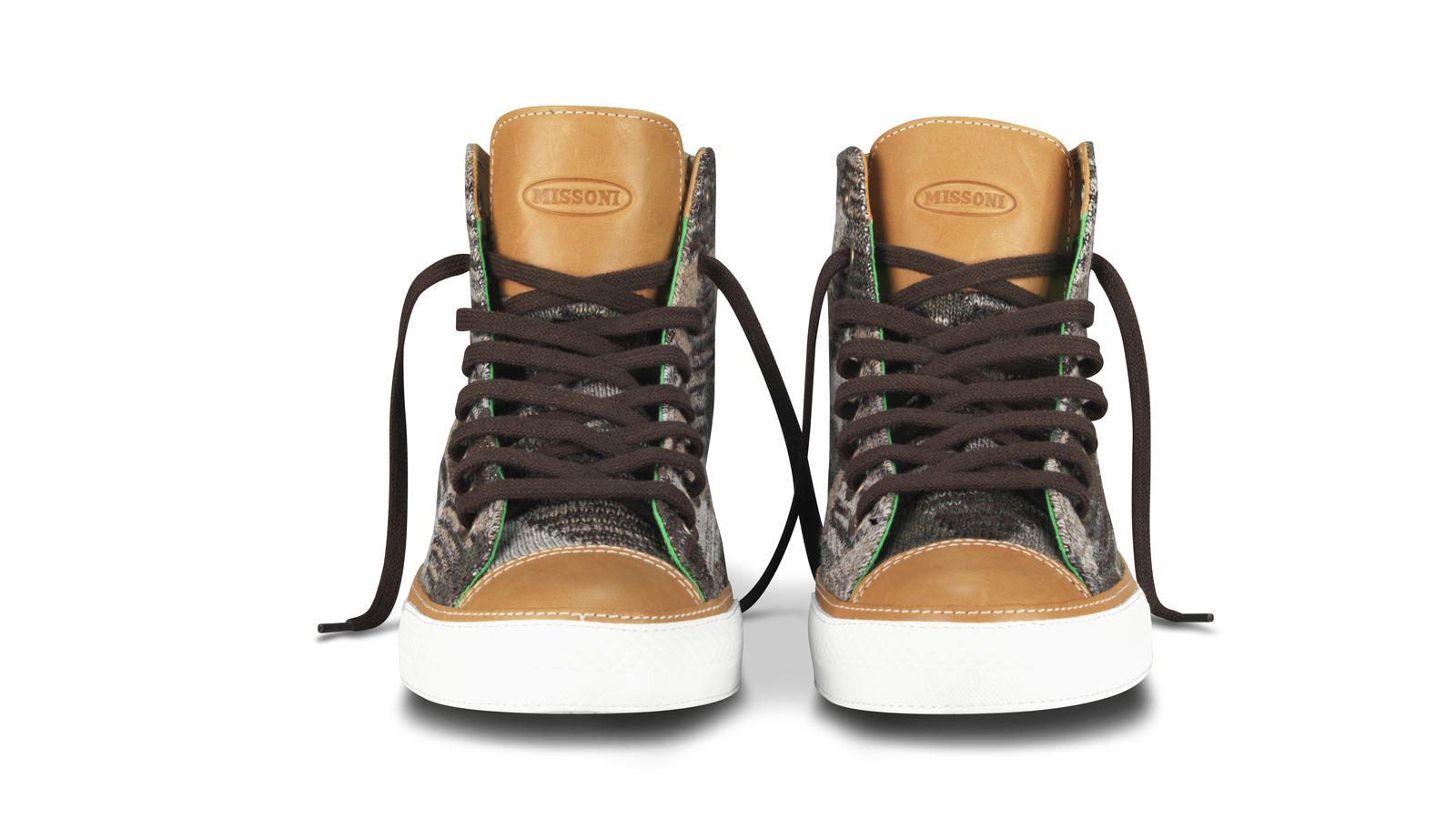 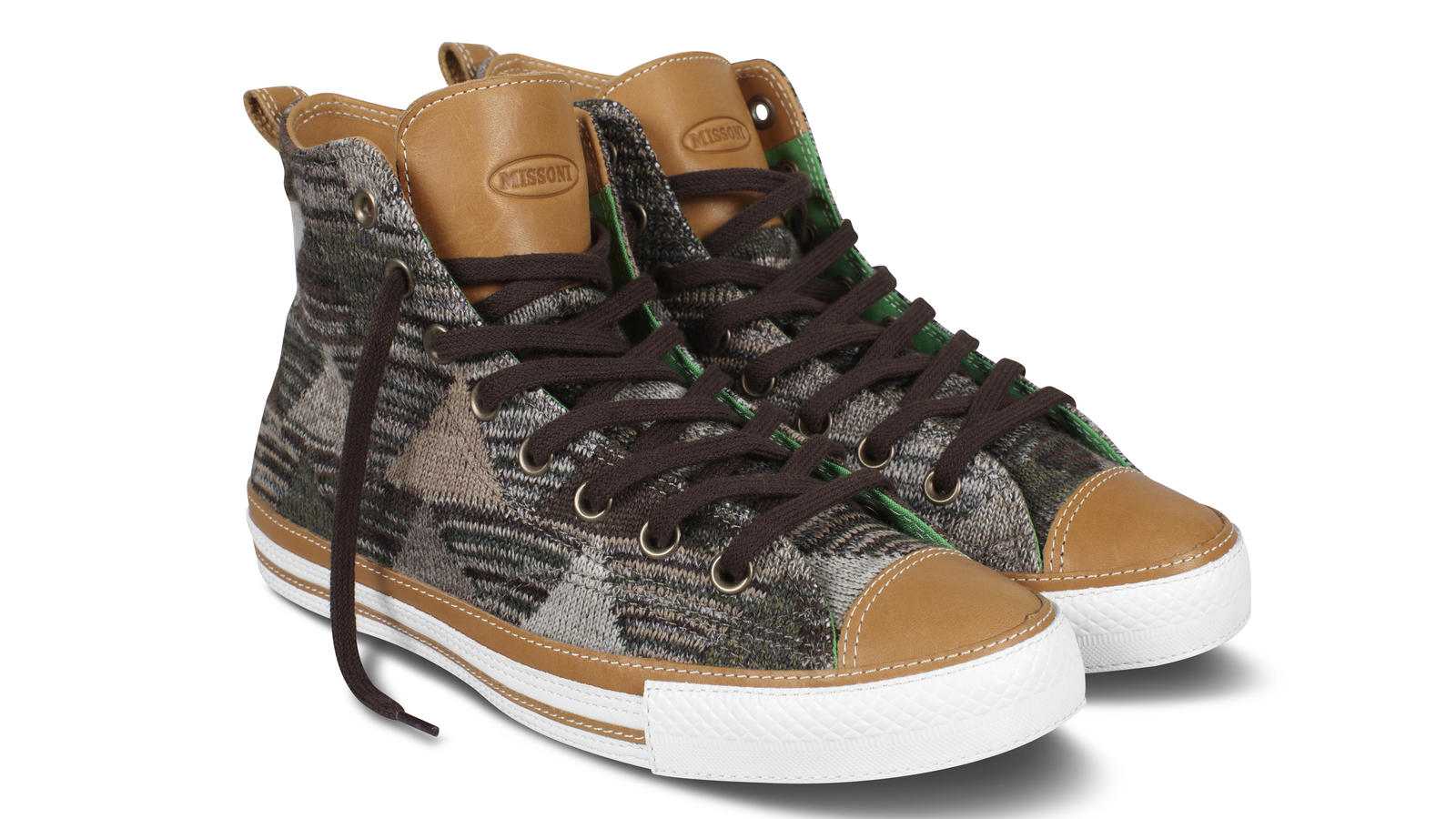 NORTH ANDOVER, Mass. (October 25, 2012) – Today, Converse Inc. announces the launch of its Holiday 2012 Missoni for Converse collection. The collection includes the Missoni for Converse Auckland Racer, which first debuted on the Missoni Fall Winter 2012 runway in Milan. The Auckland Racer and Chuck Taylor All Star styles feature Missoni’s signature intarsia knit and are inspired by the brand’s seasonal men’s collection.

Auckland Racer Originally designed as a running shoe in the 1970’s, the Auckland Racer carries a lineage associated with early pioneers of the jogging movement. The shoe is constructed with black Missoni space-dyed wool and highlighted with pops of metallic copper lamé thread, the result is a three dimensional texture that is reminiscent of Missoni’s iconic knits. The canvas lining and rubber sole maintain the classic style’s sporty heritage while the 100% wool upper is decidedly modern.

About Converse Converse Inc., based in N. Andover, Massachusetts, is a wholly owned subsidiary of NIKE, Inc. Established in 1908, the Converse brand has built a reputation as “America’s Original Sports Company”™ and has been associated with a rich heritage of legendary shoes such as the Chuck Taylor® All Star® shoe, the Jack Purcell® shoe and the One Star® shoe. Today, Converse offers a diverse portfolio including men's, women's and children’s footwear, apparel and accessories. Converse product is sold globally by retailers in over 160 countries and through 67 company-owned retail locations in the U.S.