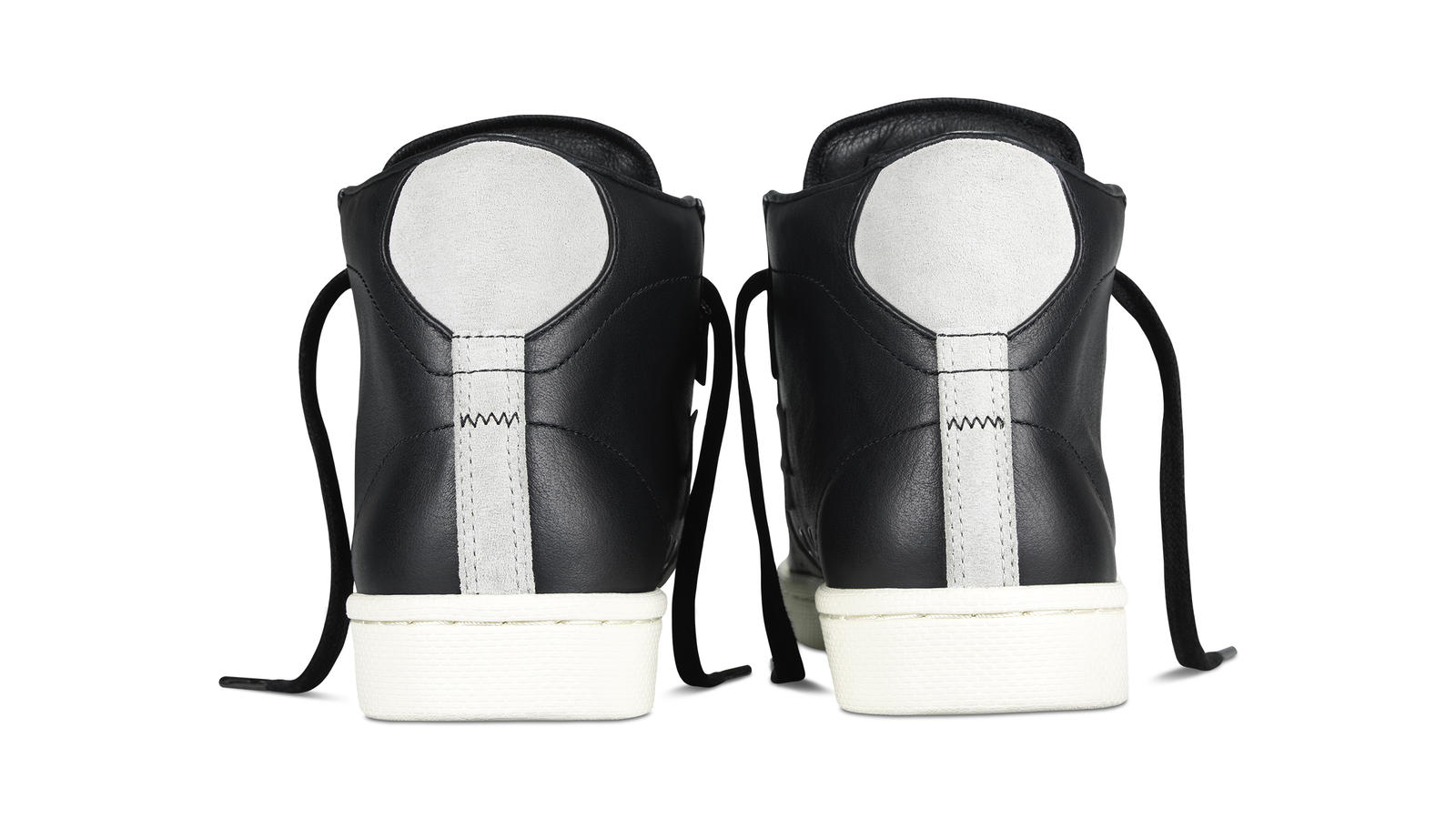 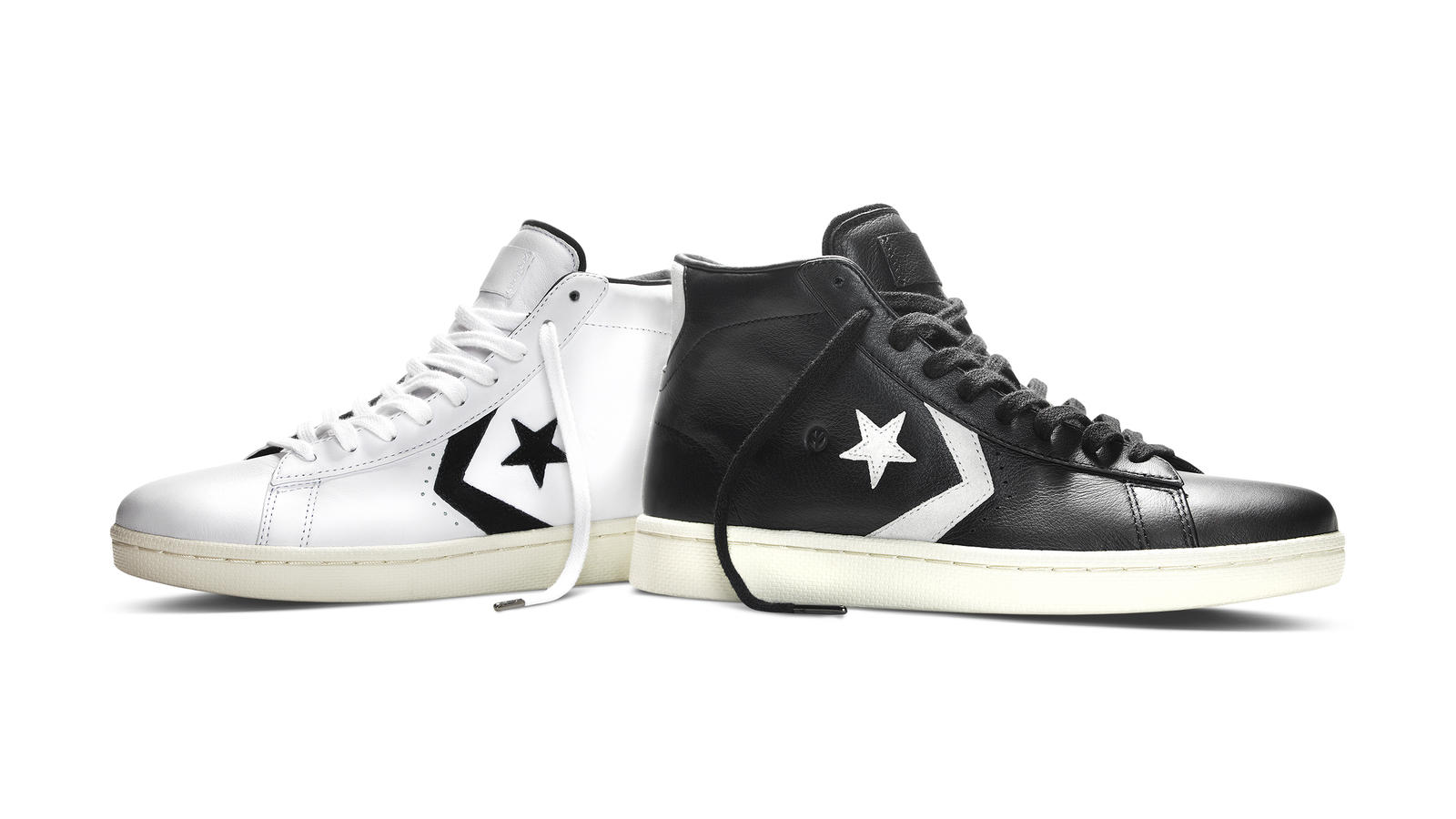 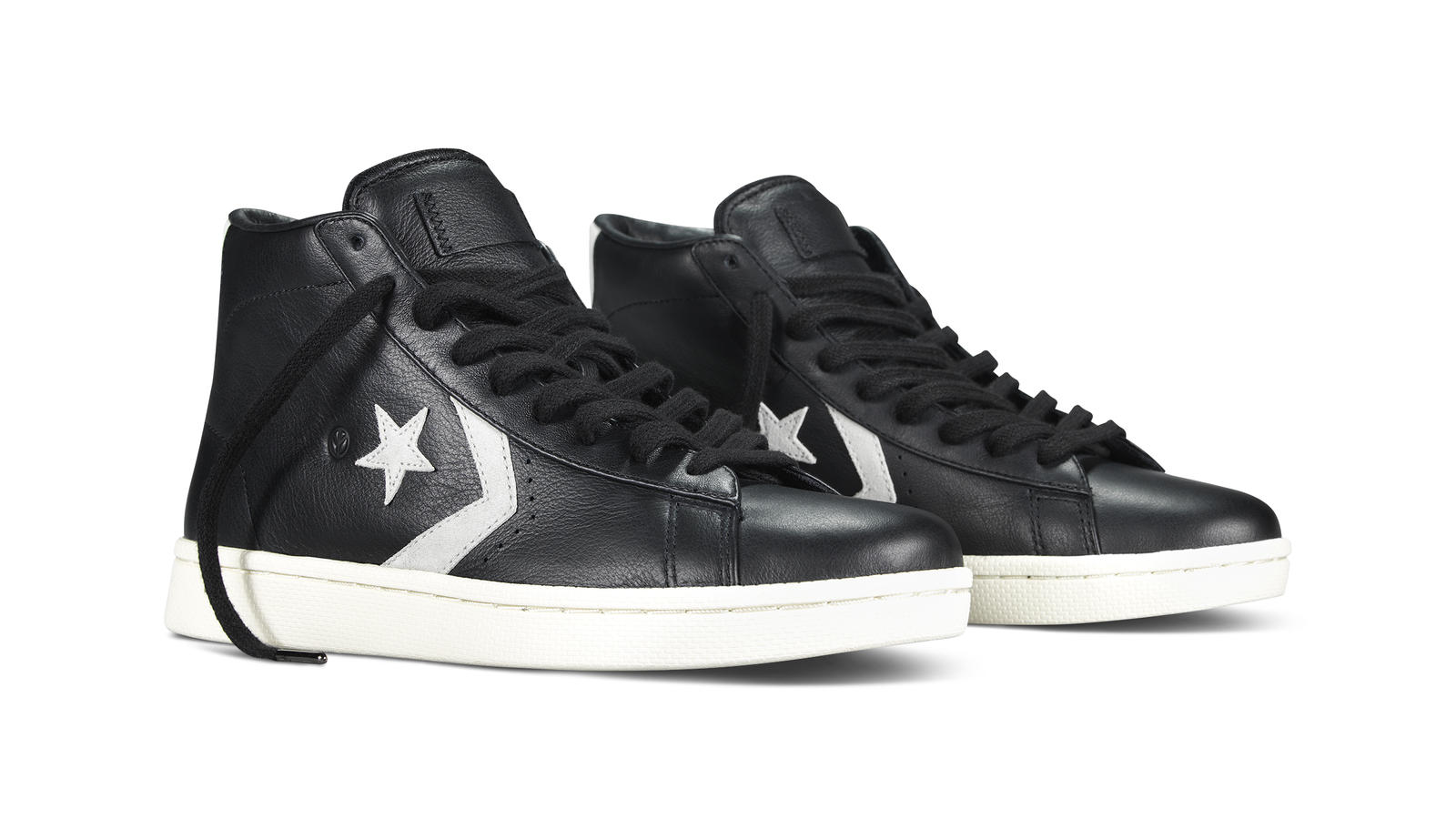 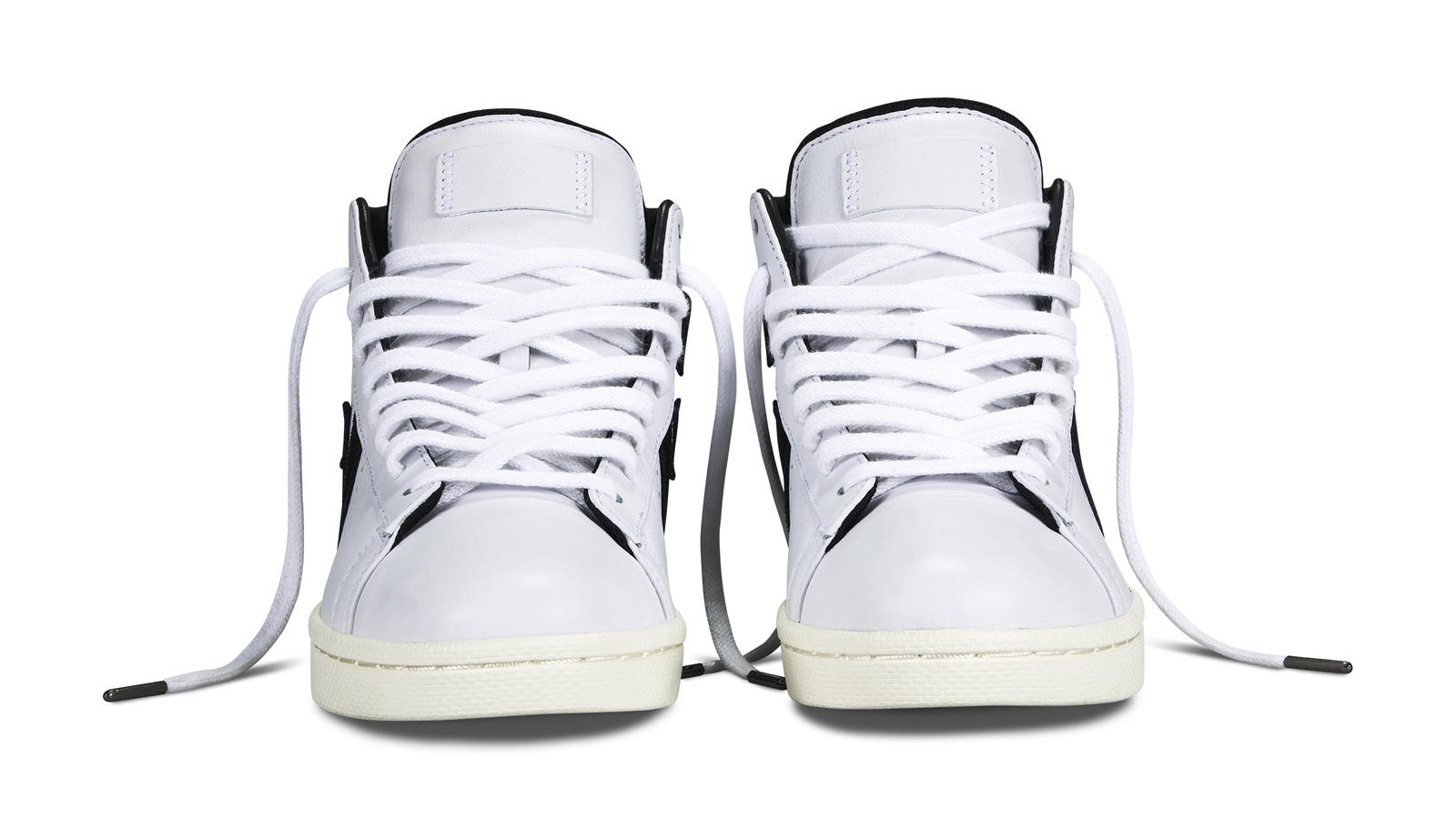 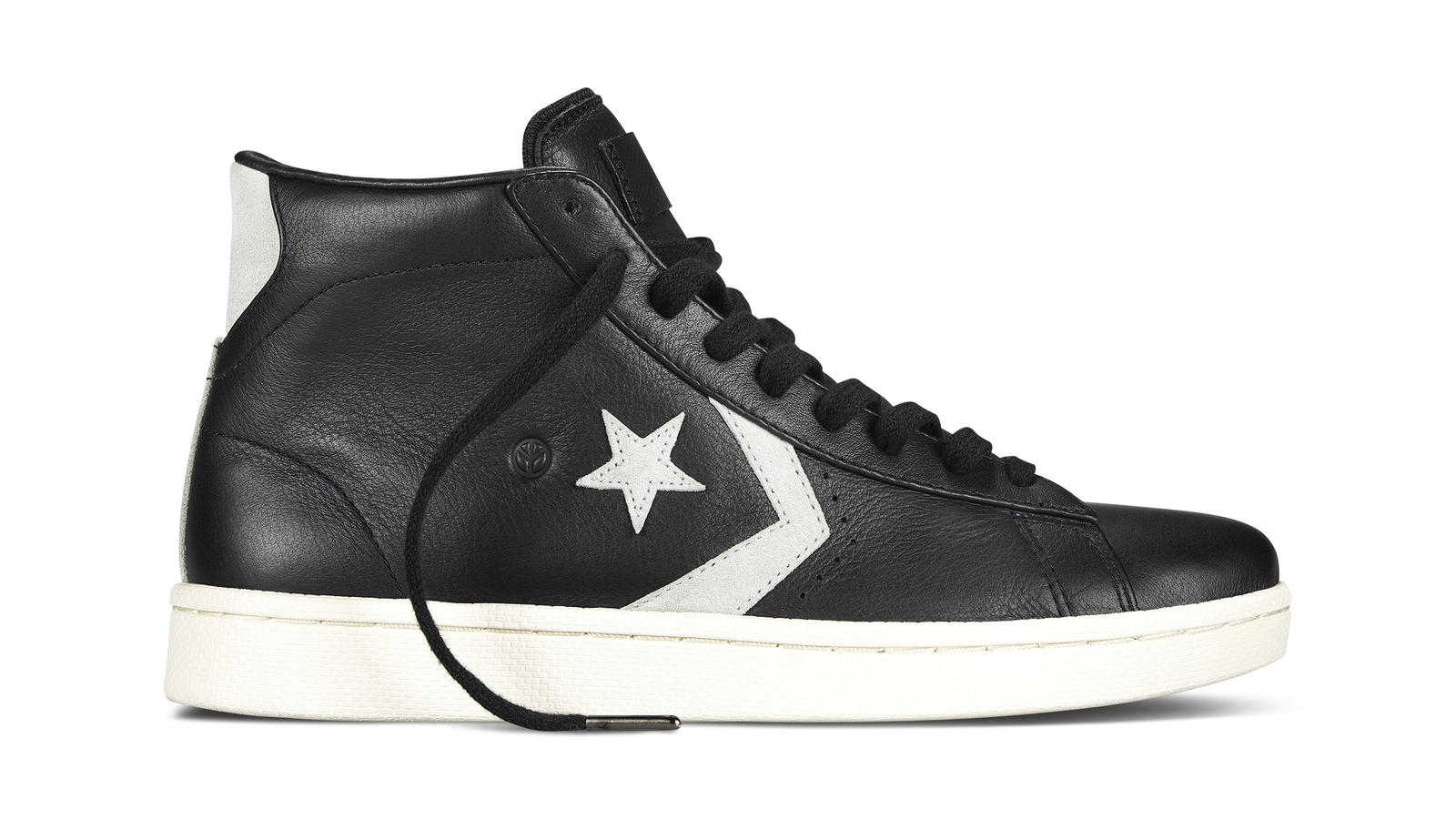 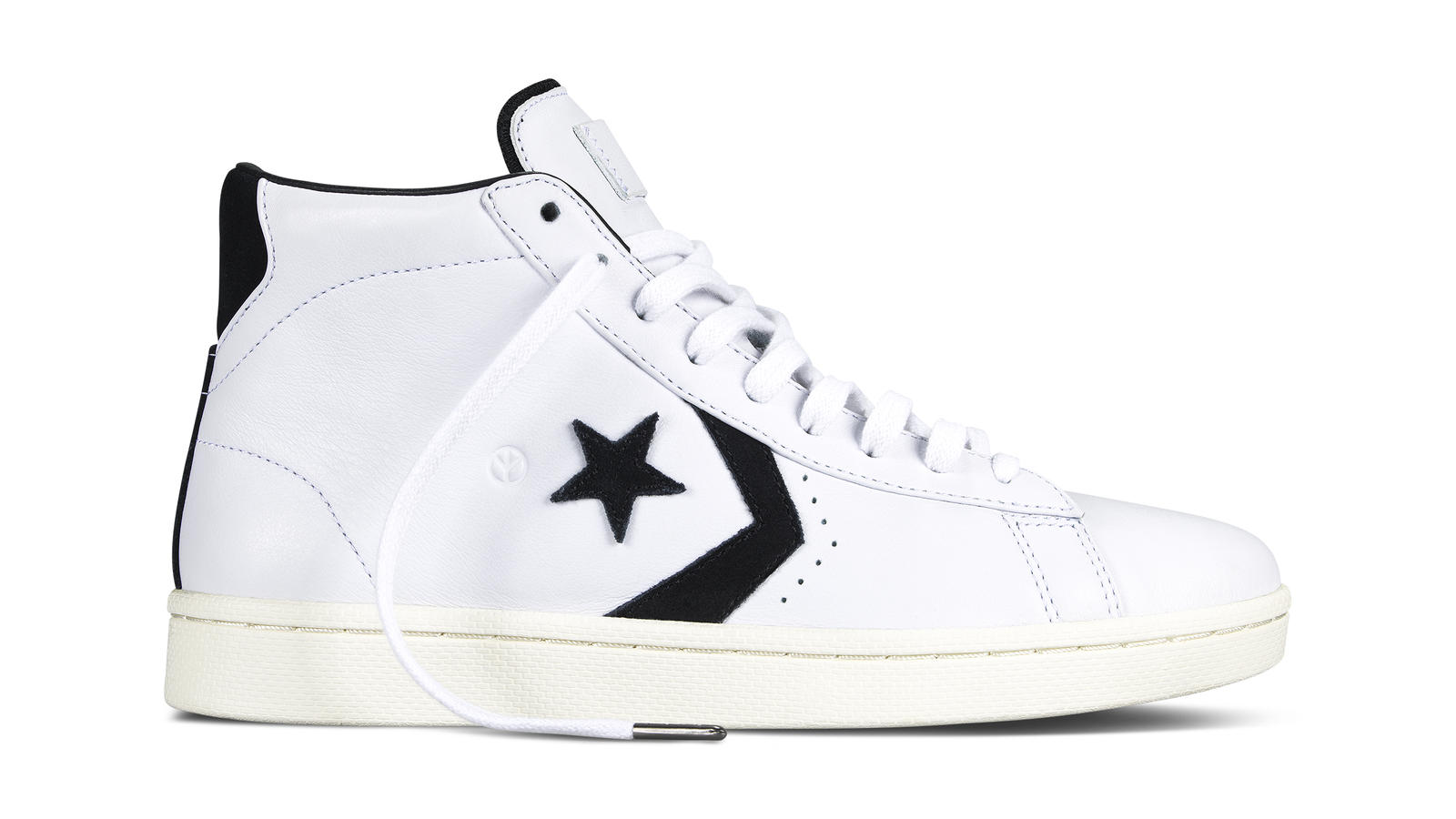 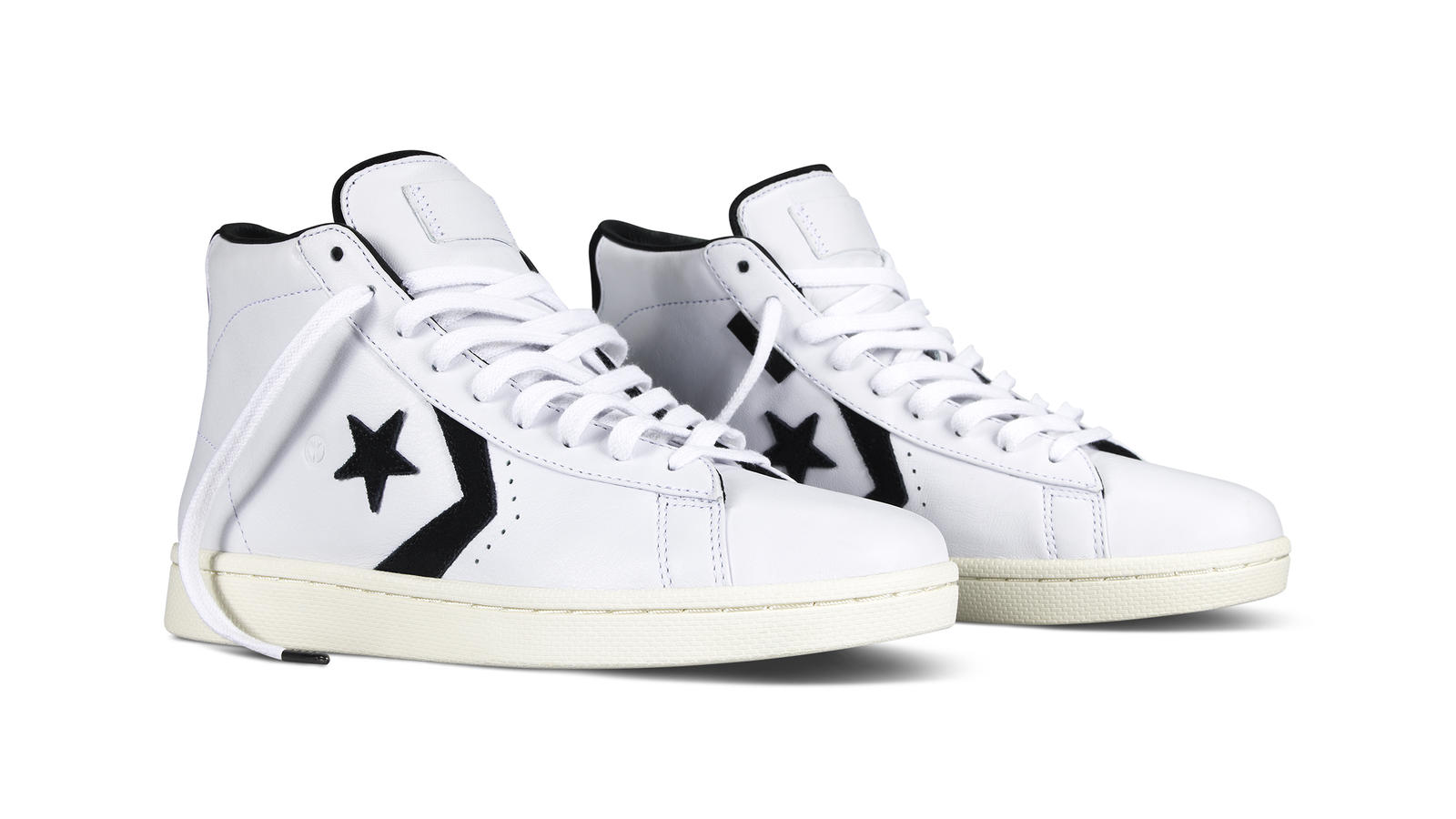 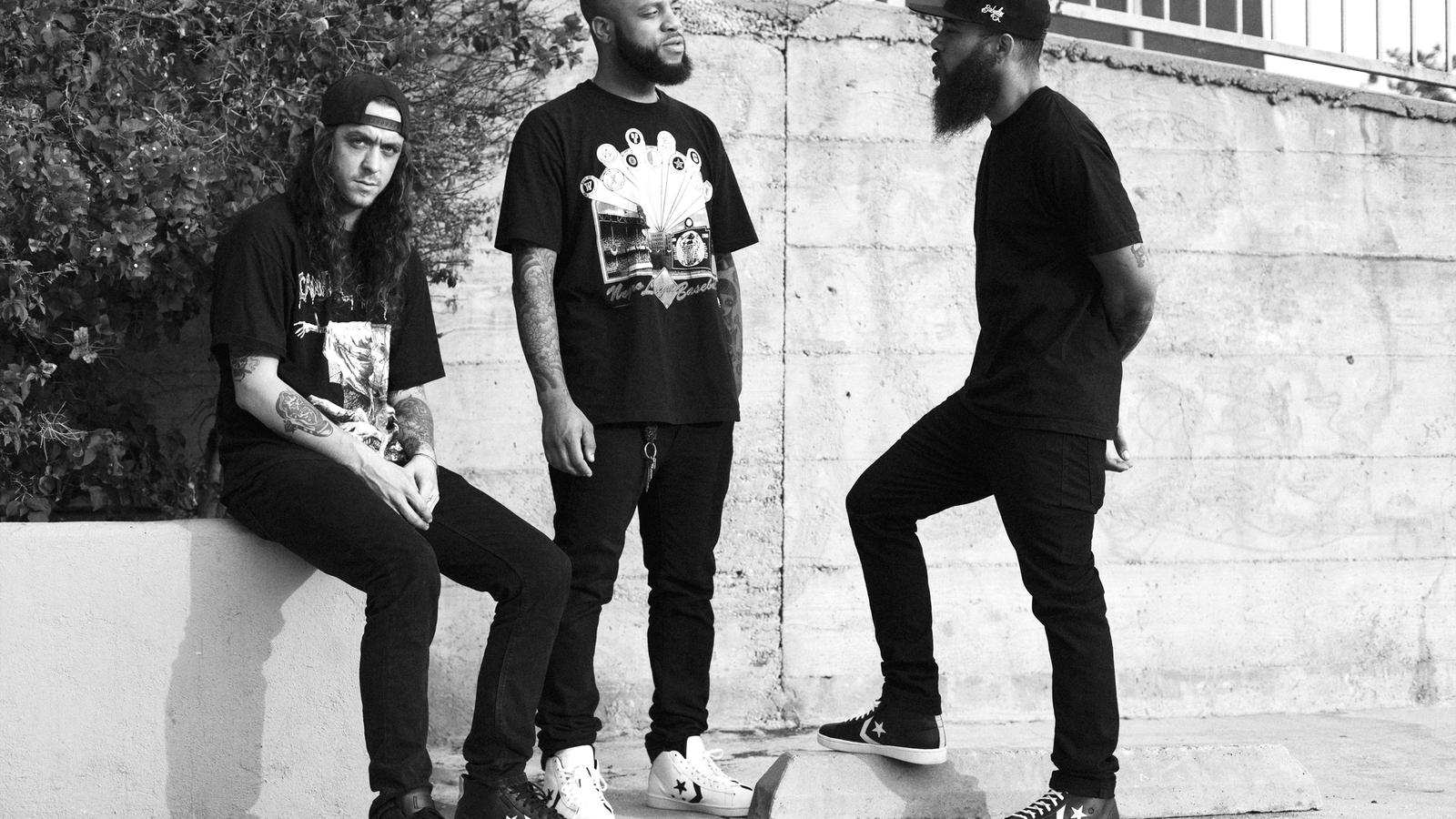 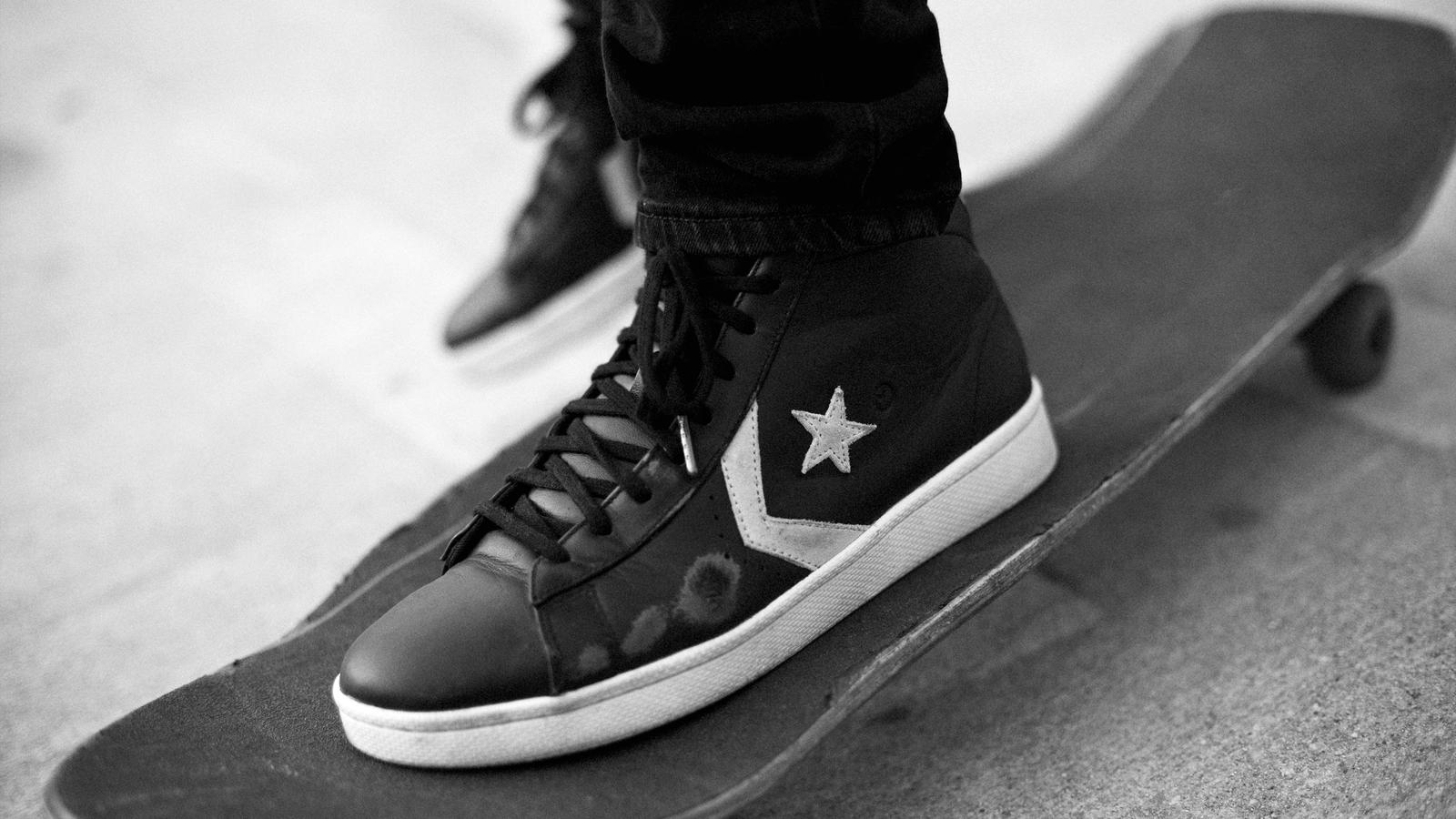 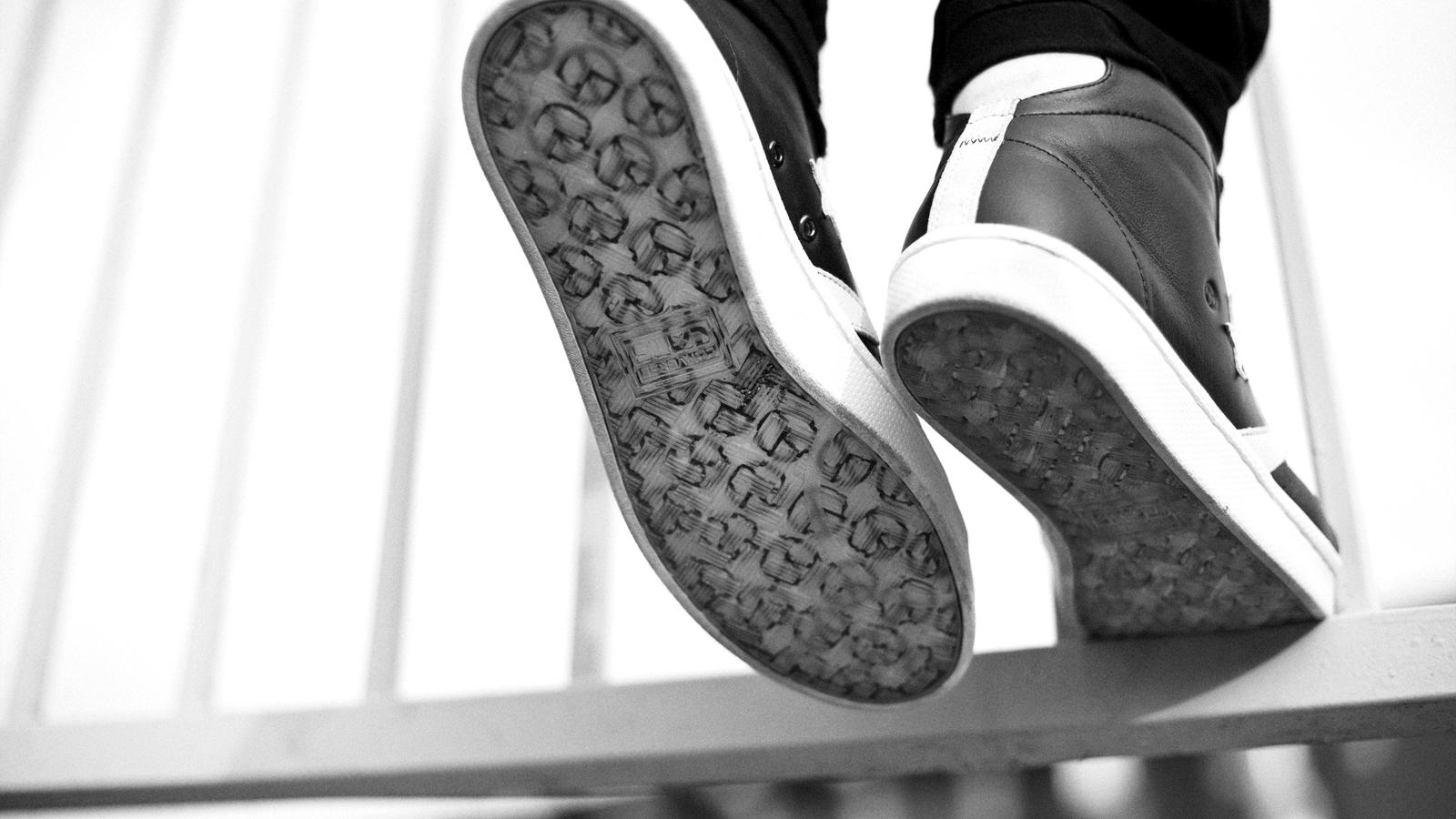 "We’re excited about this project and are glad to be doing something truly original with Converse,” says Trash Talk. “When we were designing the Converse CONS Pro Leather Skate we set out to create a sneaker that we would want to wear, our take on a classic."

The Converse x Trash Talk CONS Pro Leather Skate collection incorporates several distinct details including the band’s “No Peace” branded logo, a premium leather upper with suede heel cap and a leather heel strip that runs vertically up the back.  The inside tongue label of the left sneaker is inscribed with the word “Babylon” and the left with “California” in reference to the locally inspired song from their album “Plague…Walking Disease”. The words “Trash” and “Talk” are also inscribed on alternate sock liners.

Hailing from the West Coast, Trash Talk has ignited a cross-genre scene spanning into rock, hip-hop, skate, art and photography.  As CONS ambassadors Trash Talk has worked extensively with Converse over the last few years and recently recorded two tracks - “97.92” and “Modern Mayhem” – for the CONS EP Vol. 1 and Vol. 2 compilation series.  In November, the band will take part in Converse Rubber Tracks Live Tour in China, a multi-city free concert series that will launch Nov. 8 in Shanghai.

Converse Inc., based in N. Andover, Massachusetts, is a wholly owned subsidiary of NIKE, Inc. Established in 1908, the Converse brand has built a reputation as “America’s Original Sports Company”™ and has been associated with a rich heritage of legendary shoes such as the Chuck Taylor® All Star® shoe, the Jack Purcell® shoe and the One Star® shoe. Today, Converse offers a diverse portfolio including lifestyle men's, women's and children’s footwear, apparel and accessories. Converse product is sold globally by retailers in over 160 countries and through 87 company-owned retail locations in the U.S. For more information, visit media.converse.com.

Forwards ever, backwards never. In a perfect world, those four words would tell you everything you need to know about California thrash-punk juggernaut Trash Talk. But in a perfect world, these four furious scions of guitar-wrought destruction wouldn't exist. Lee, Garrett and Spencer are fueled by our ugly, and they give it back in spades. The Trash Talk live grind is a notorious thing -- an anarchic, energetic and often painful paean to otherwise oppressed angst that's unsurprisingly found footing all over the world, from the U.S. to Europe, to Australia and Japan. And in between that nearly ceaseless touring, the band's matched its on-the-road fervor with an impressive collection of recorded brutality.