Born in Springfield, Massachusetts, basketball’s 130-year history is defined by a spirit of progress, generating iconic moments, legends and trailblazers — just like the rubber shoe company that would be Converse. After all, if basketball teaches us anything, it's that the spirit of progression and a celebration of the past can exist together.

In 2021, Converse resurfaces some of basketball’s most important moments of progress, then and now, with a series of capsule collections that are about breaking barriers on and off the court. 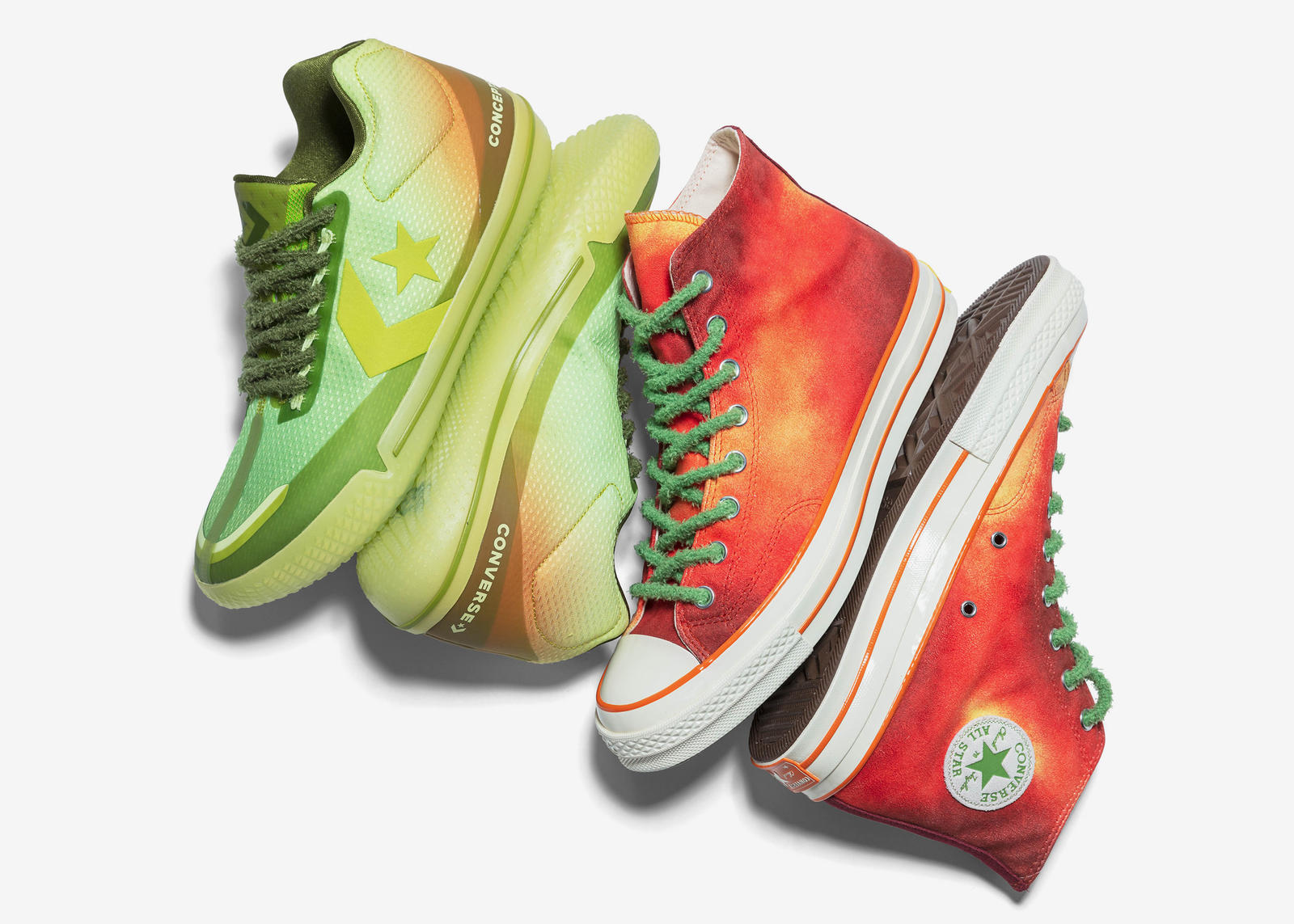 It all started in Massachusetts. The All Star BB Evo and Chuck 70 collaboration with Boston-based Concepts comes in a green and rose-orange color scheme inspired by the peach baskets that were used as basketball's first makeshift rims.

1955: Breaking Down Barriers in Indy 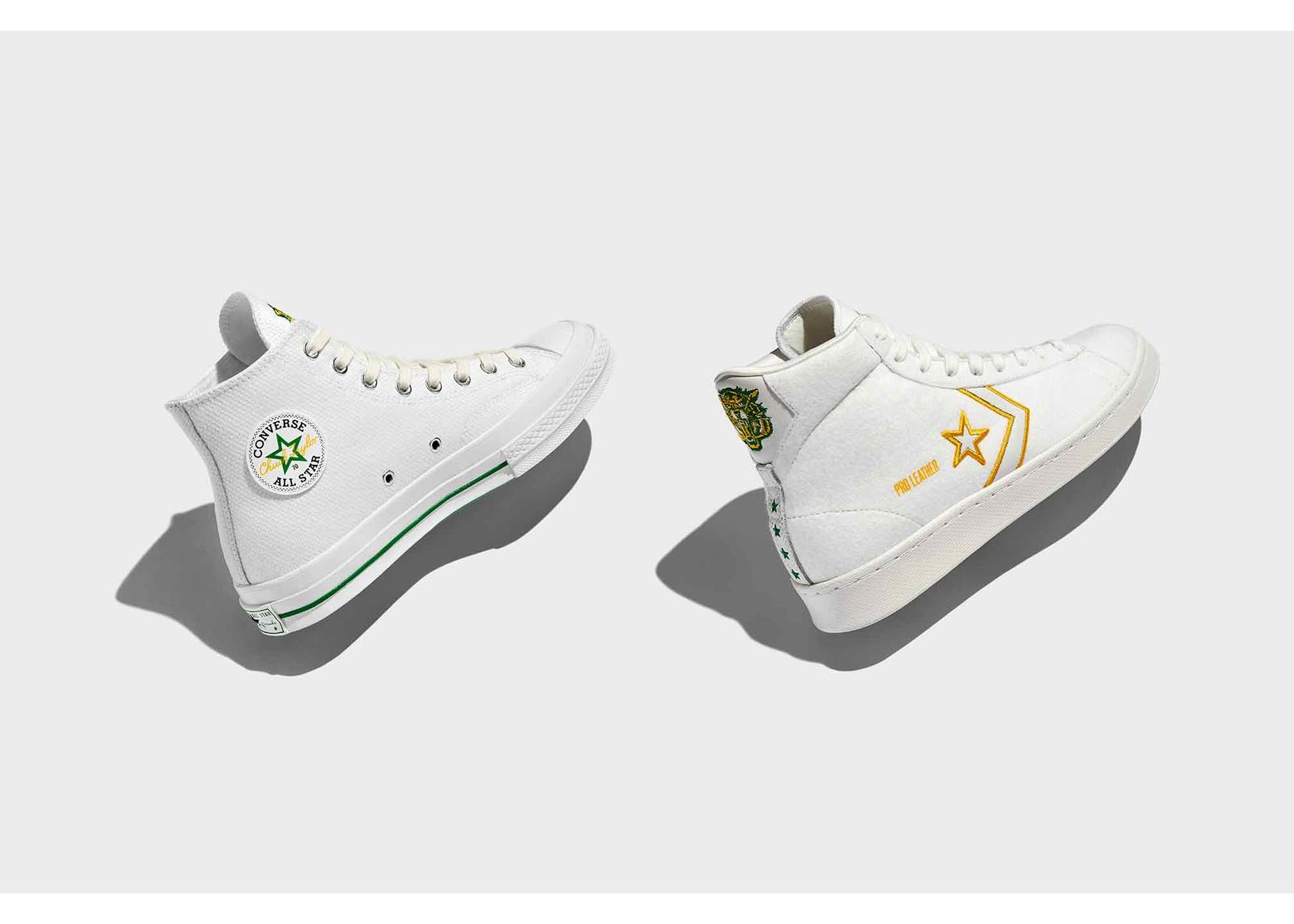 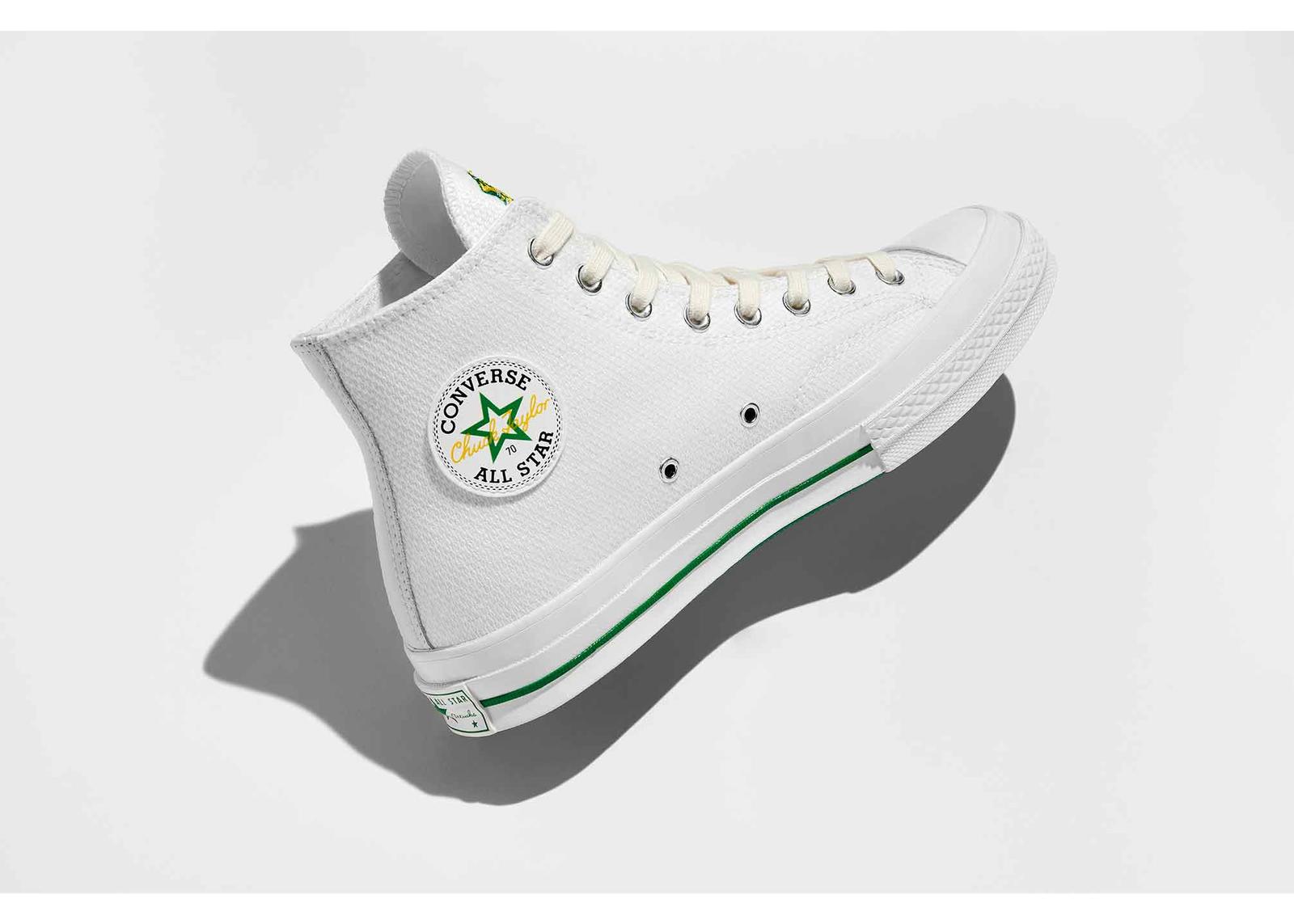 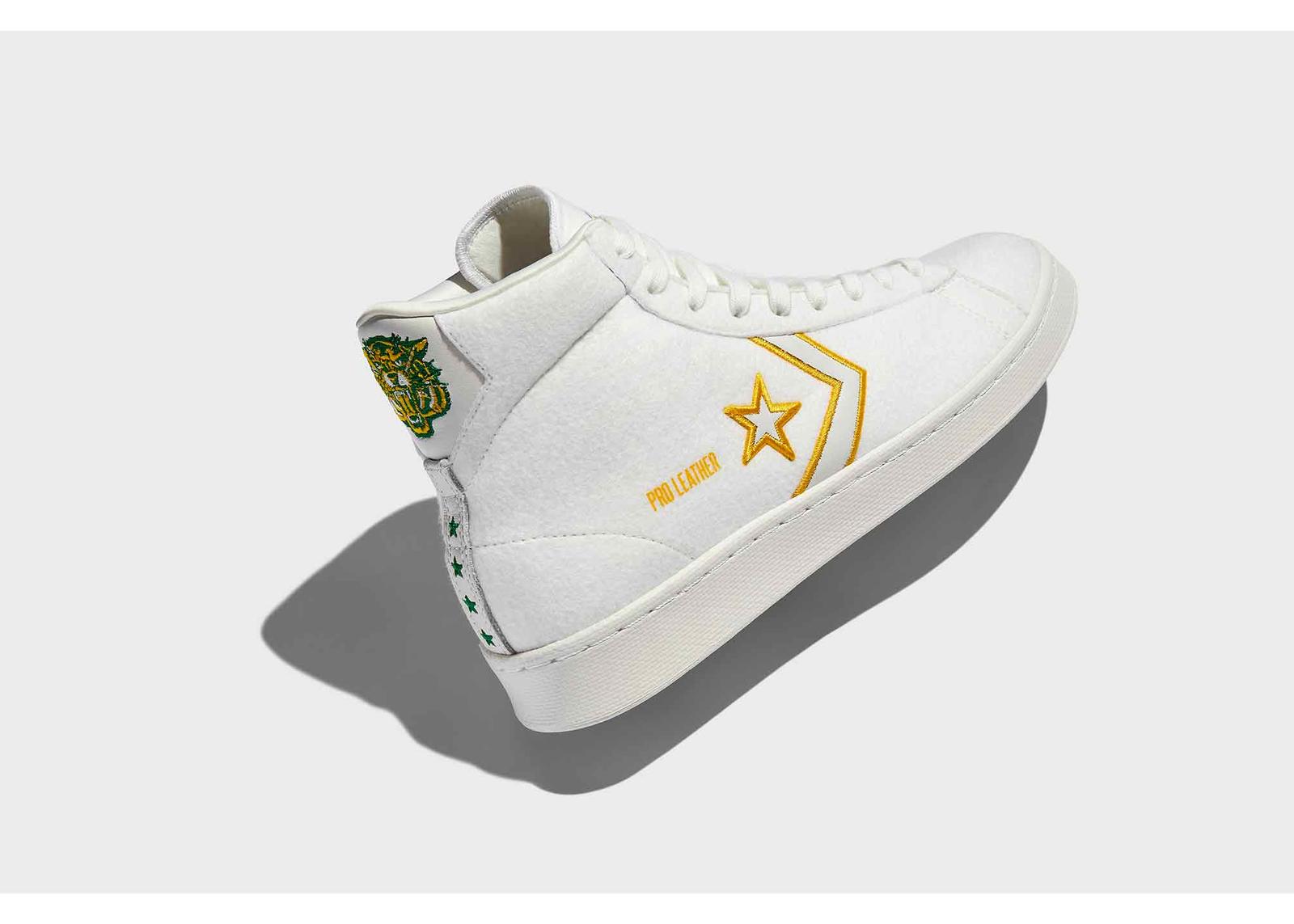 Converse’s second Breaking Down Barriers collection honors the momentous occasion of the 1954-55 Crispus Attucks High School basketball team winning the state of Indiana’s basketball championship, led by a young Oscar Robertson and marking the first time an all-Black team won Indiana’s state title. Their story is all the more remarkable as the young men faced profound prejudice at home and across the state. In fact, the reason for the team’s existence was due primarily to segregation; it wasn’t until 1942 that they were even granted opportunity to compete in the state tournament.

In honor of the trailblazing 1955 Crispus Attucks High School team, Converse features the champions’ team colors, as well as materials representative of their varsity letterman’s jacket on the original basketball sneaker, the Chuck 70, and the classic Converse Pro Leather. 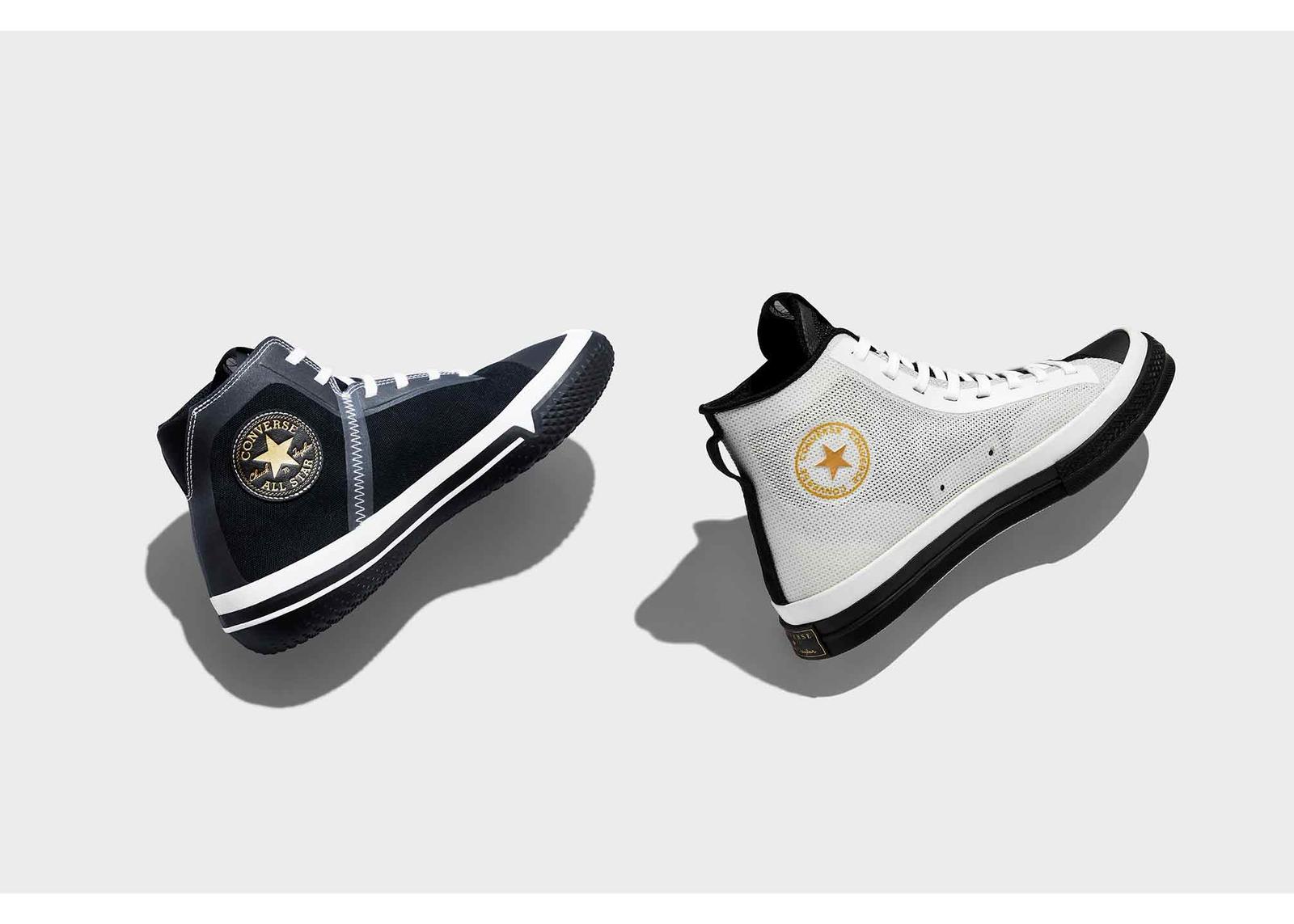 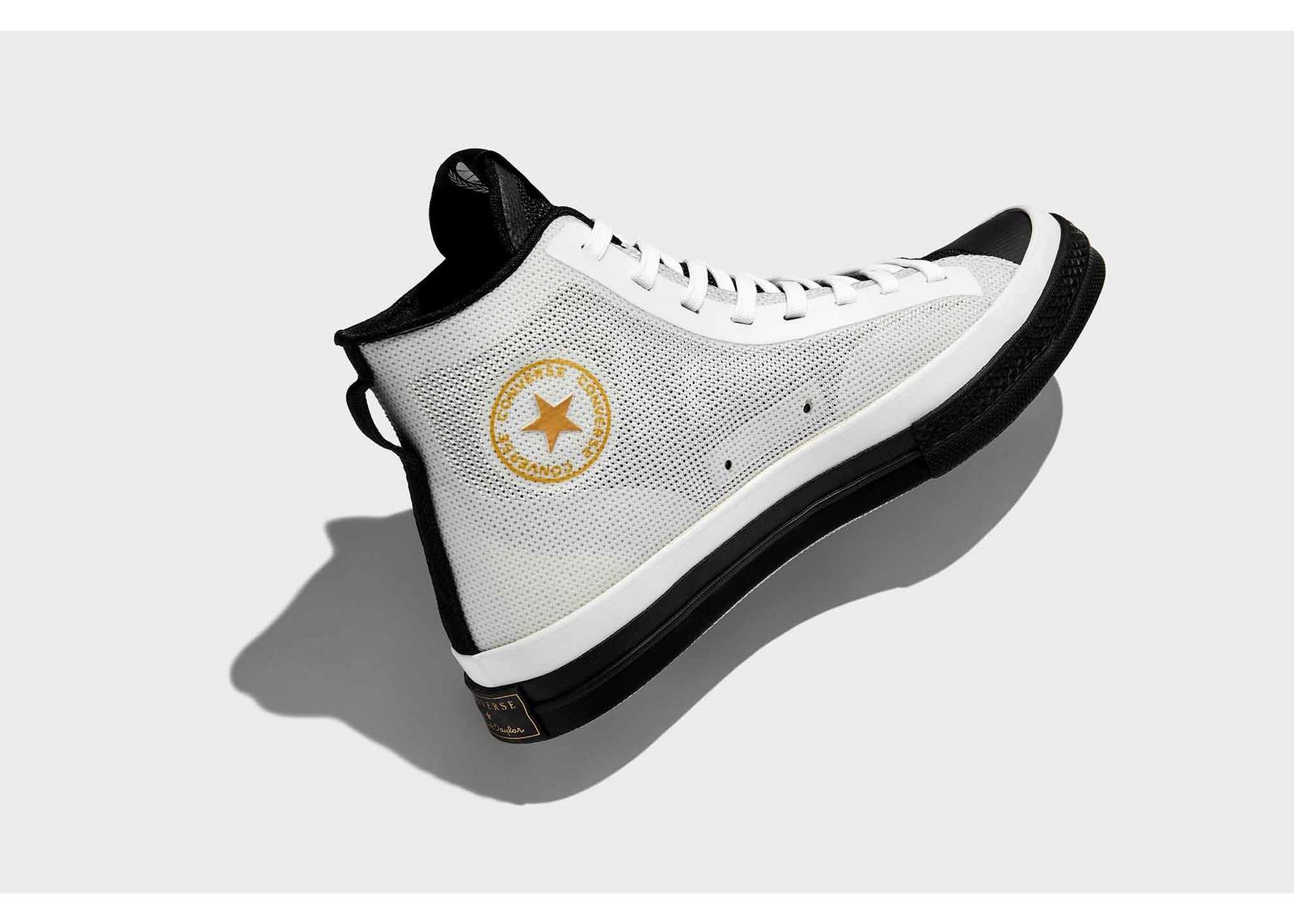 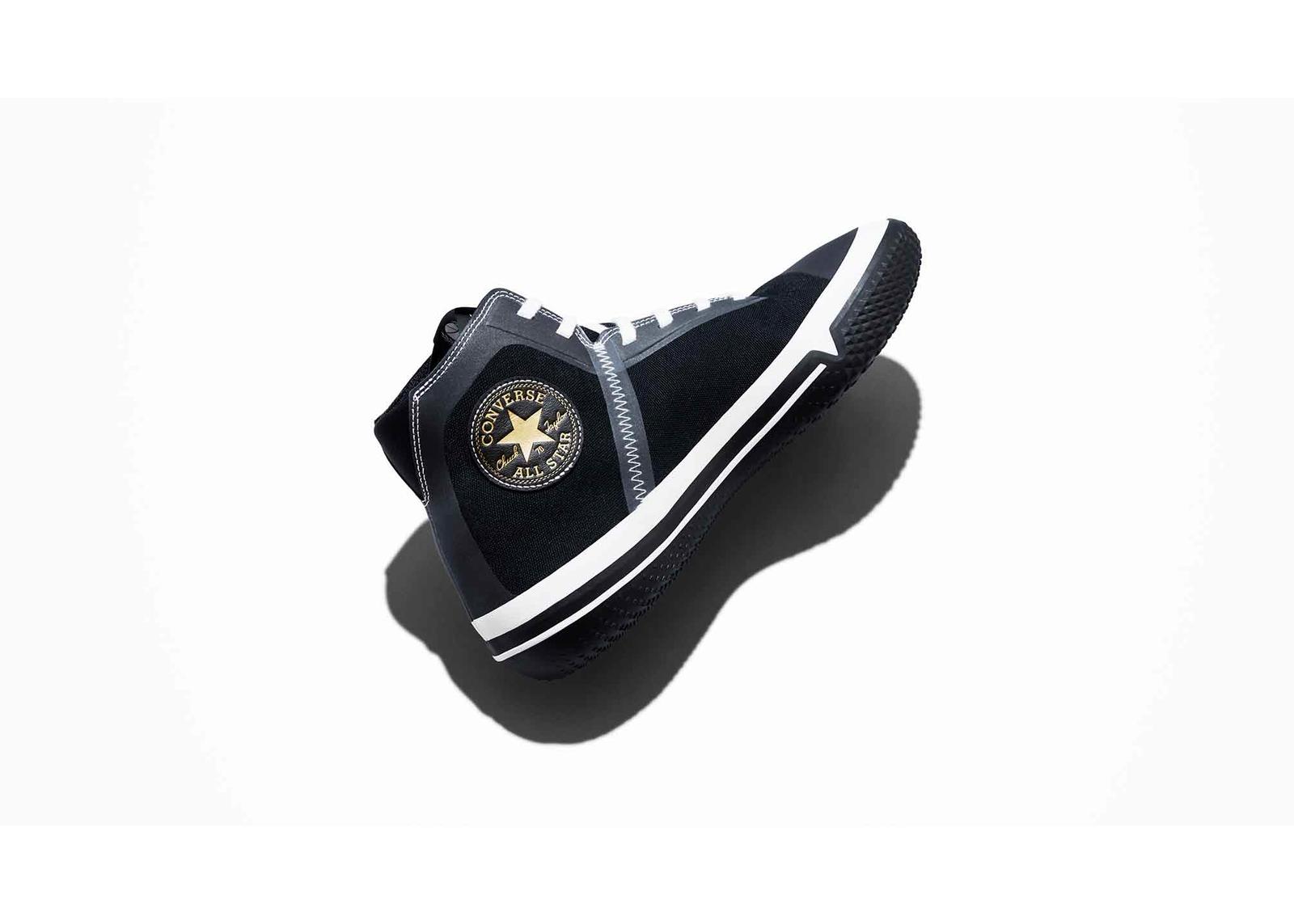 These two years tell a story of growth and transition: 1971, when Converse's original canvas basketball shoe left the court and became a cultural icon; and 2019, when Converse stepped back into the game. The capsule applies the retro canvas upper to the All Star Pro BB and the modern quad axial material to the Chuck 70, bringing together the last performance version of the Chuck Taylor All Star that was made with the shoe that ushered Converse back into performance basketball.

“I remember checking into my first pro game,” says Draymond Green of the Golden State Warriors on his own moment of growth and transition that changed the trajectory of his life. “To finally embark upon that moment was surreal. If you look at photos from that game, you can see on my face, I was completely unsure of myself. What I did know was I was about to fulfill a lifelong dream.” 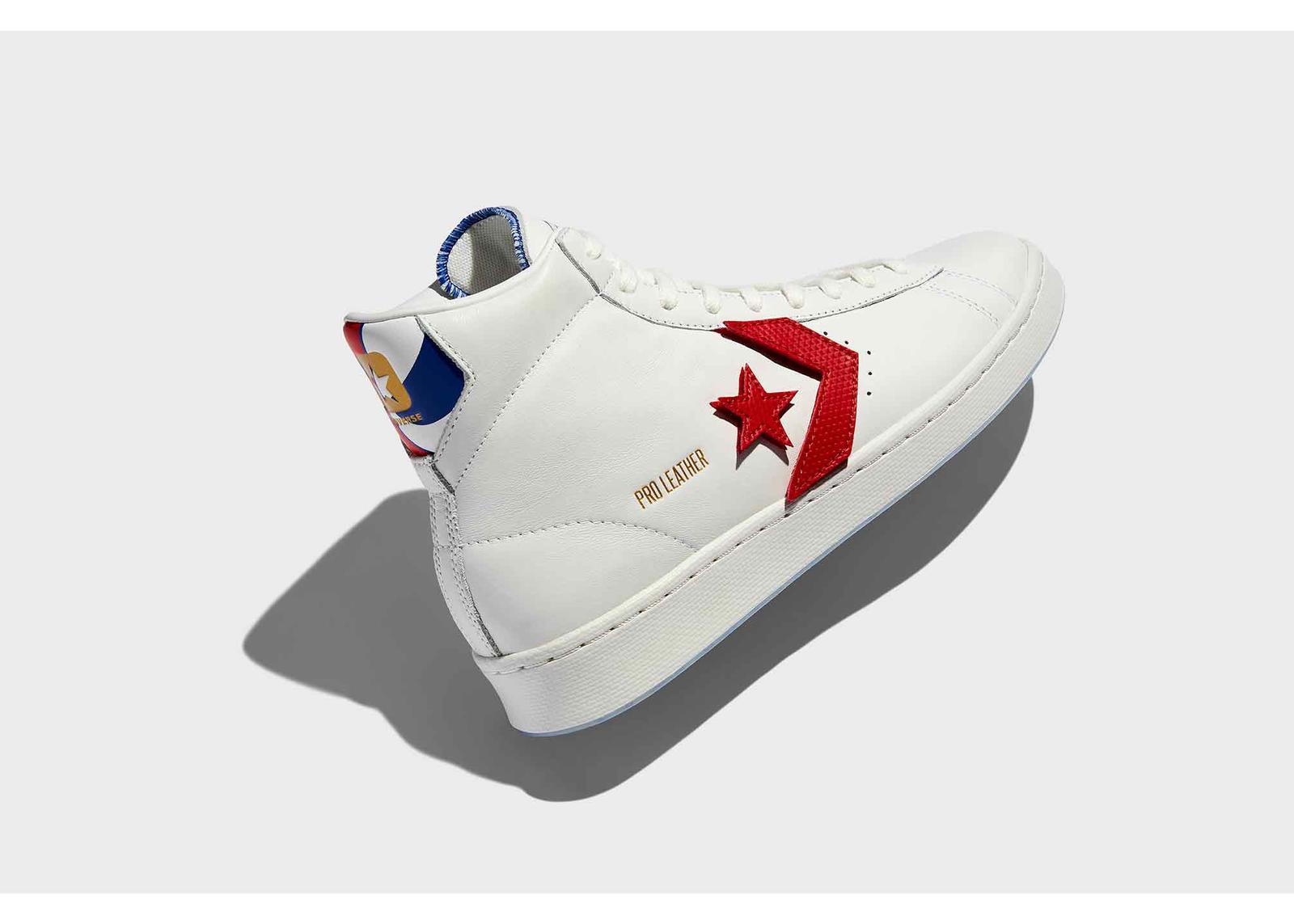 “When I think back to that year, it signaled the coming-together of two things into something great,” says Julius “Dr. J” Erving. “It marked the end of an era, on one hand, but it also marked the beginning of another exciting era. Hopefully, that time will never be forgotten.”

Celebrating the 45th anniversary of the final ABA season and the athlete at the helm, the high-flying Erving, the Converse Pro Leather features the original ABA colors and also applies interchangeable star chevrons, with a chenille fabric patch in the shape of a ball on both heels.

2018: The Most Expressive League in the World 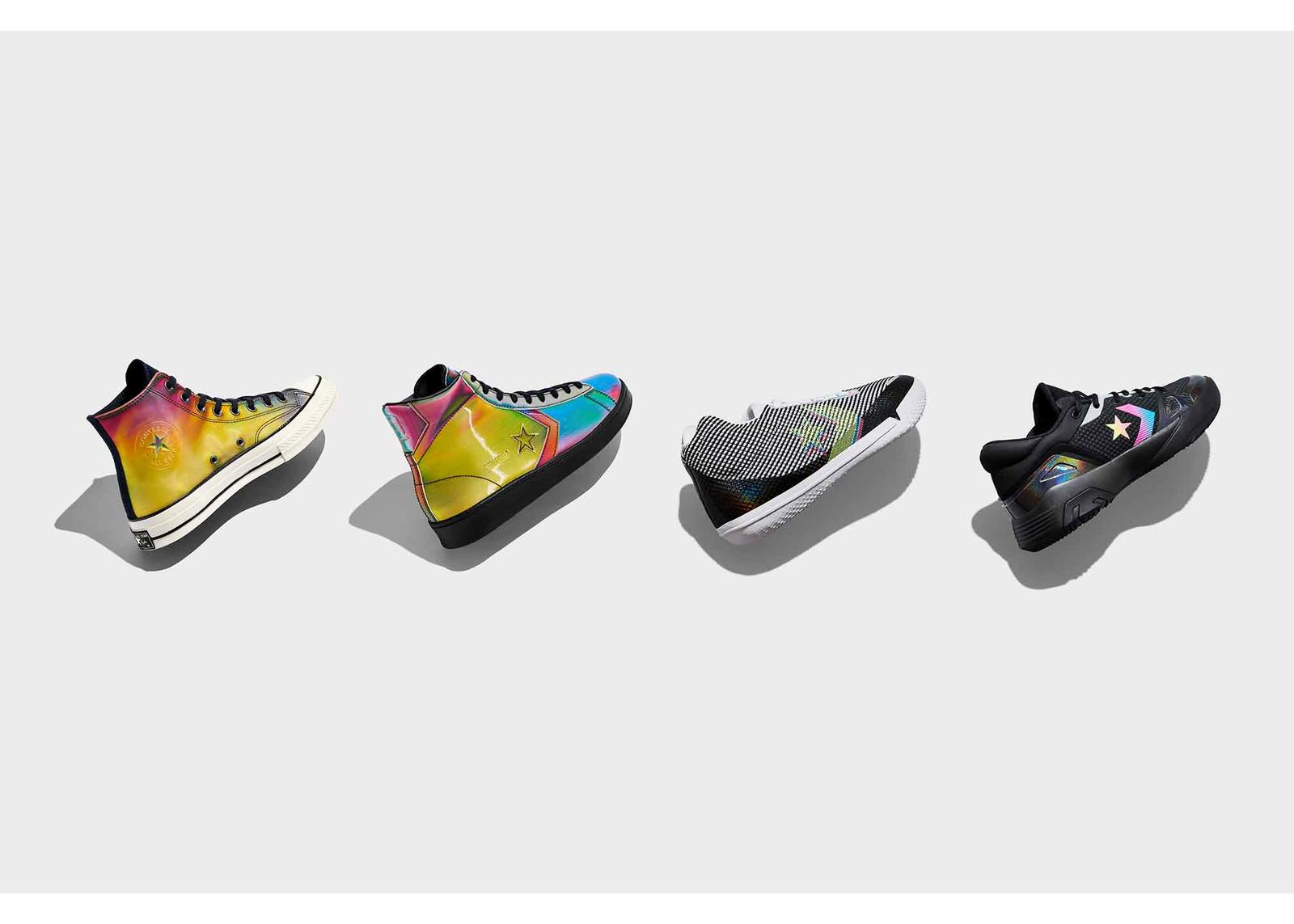 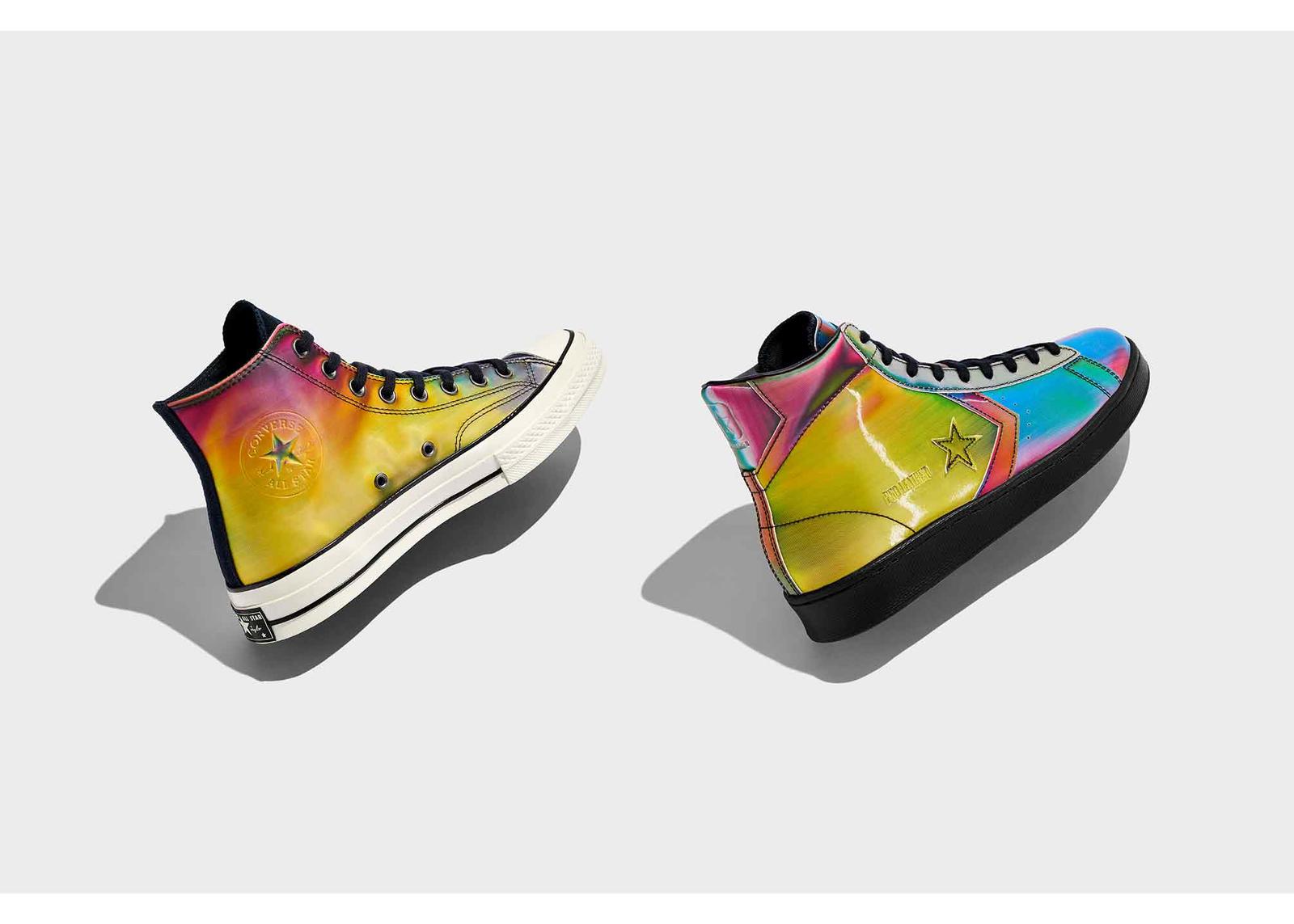 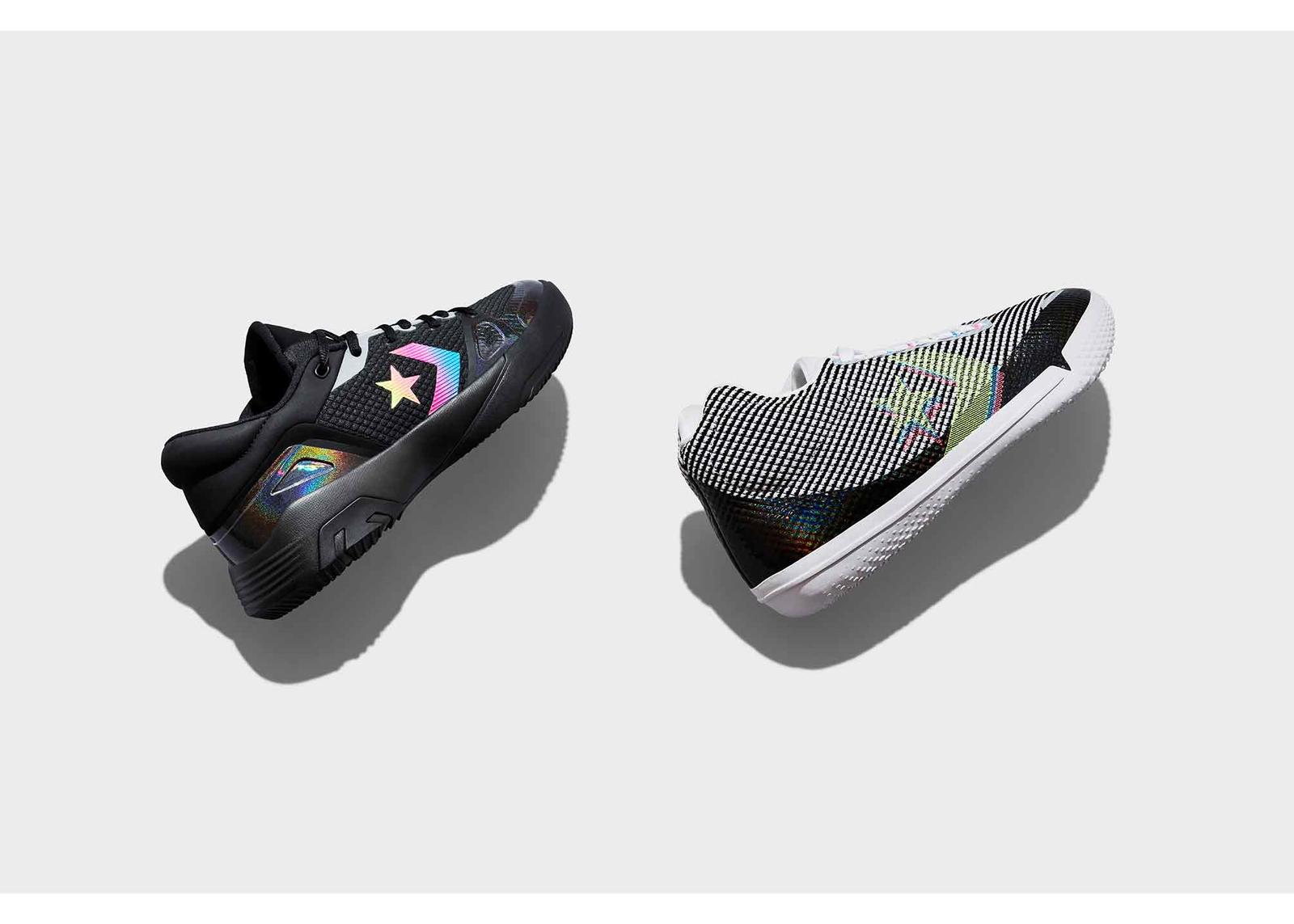 A reflection of the expressive nature of the modern game and its players, the NBA lifted its footwear colorway restrictions in 2018. Since then, the NBA and its players have taken a leading position in standing for both personal expression and collective progress. The year also marked Converse’s reentry to the hoops landscape in signing forward Kelly Oubre Jr. The Iridescent Pack, featuring digitized gradients on silhouettes like the G4 Low and the All Star BB Evo, show off a similar, future-forward boldness that represents today’s players.

“Self-expression isn't just about what I wear, but what I do,” says Natasha Cloud of the WNBA Washington Mystics. “My journey in social reform began with me realizing that the cause was bigger than myself, bigger than basketball. I realized I could use basketball as a platform, which can sometimes feel like a microscope. But I could turn it into a microphone.”