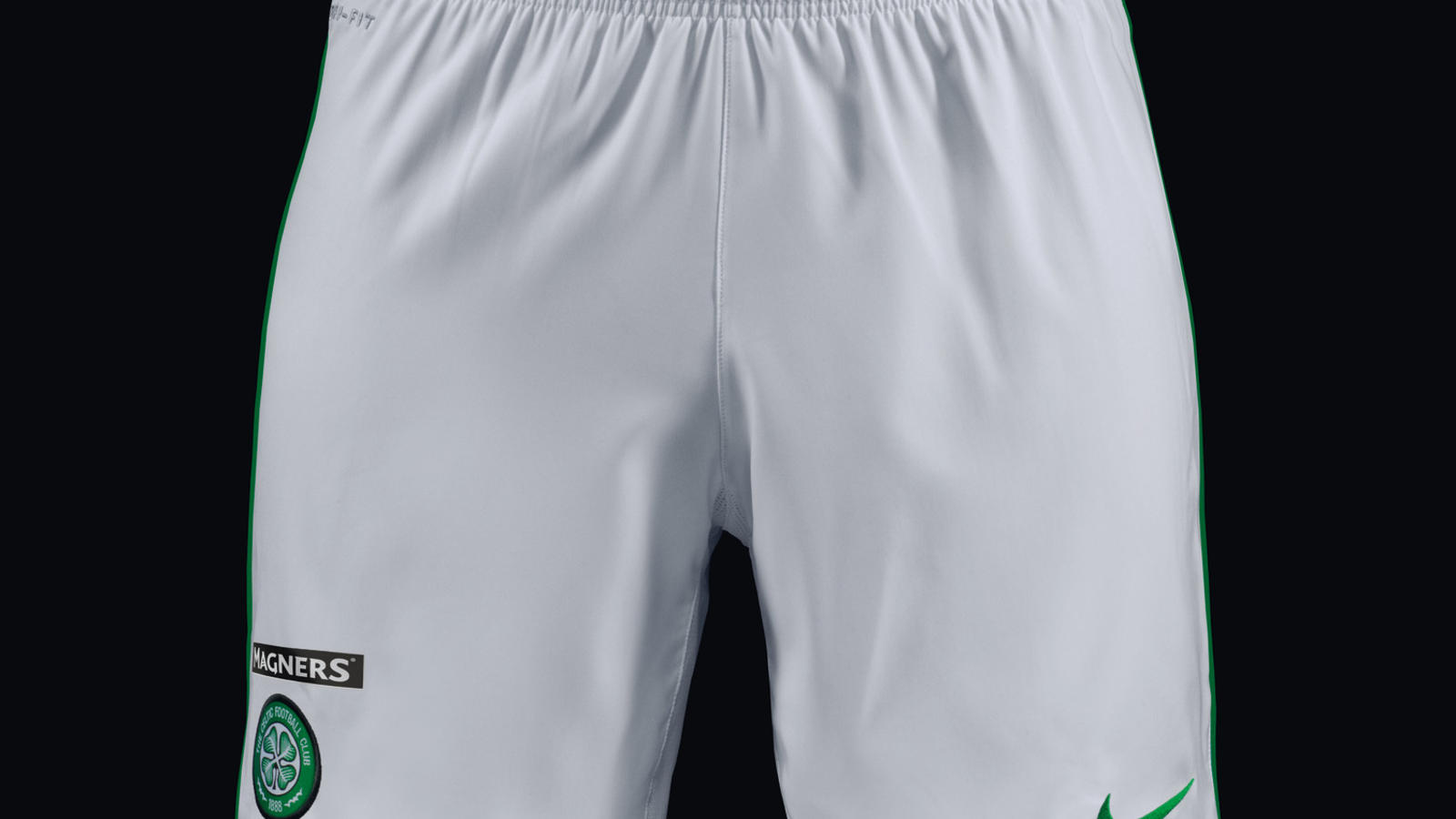 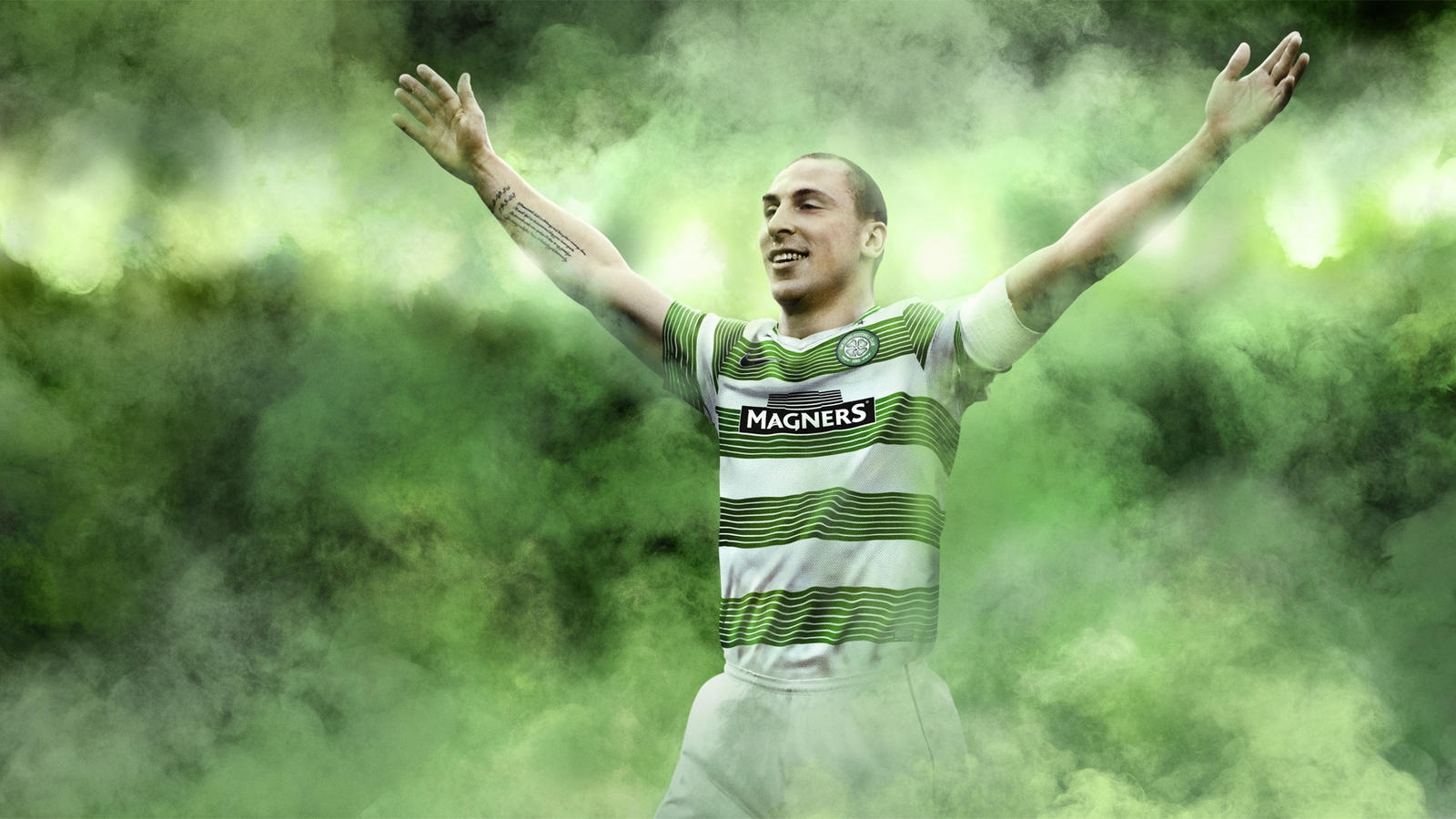 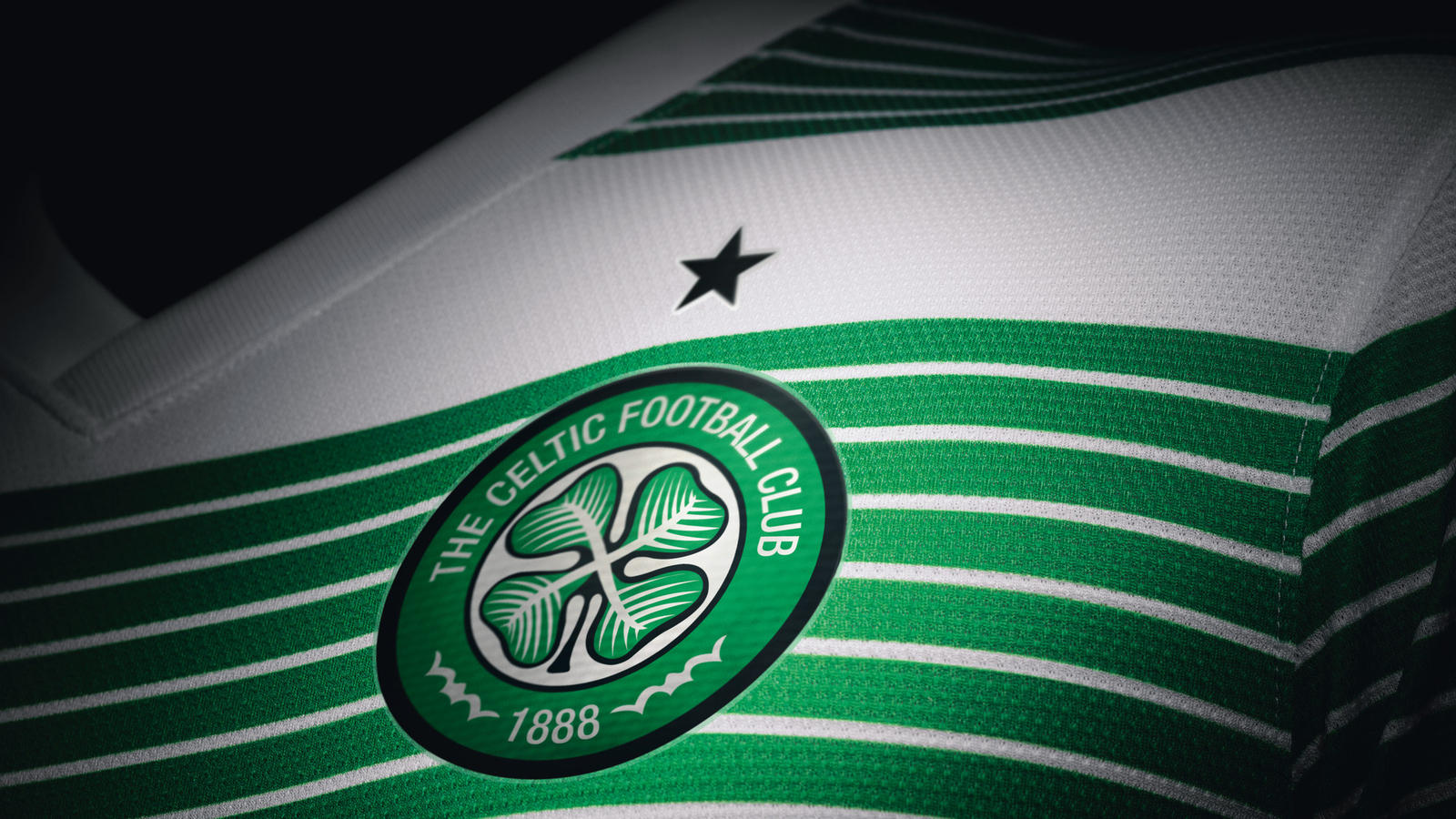 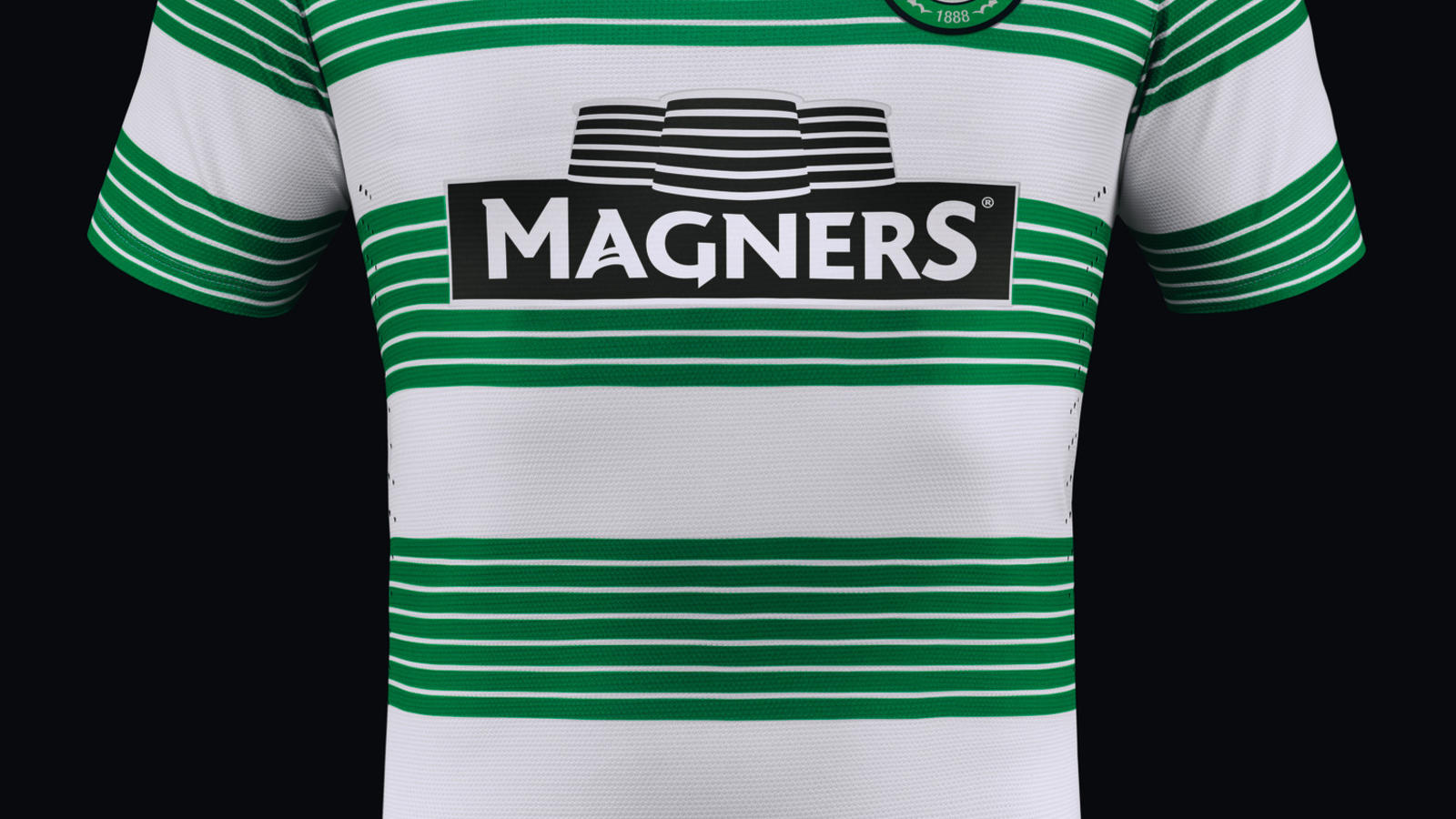 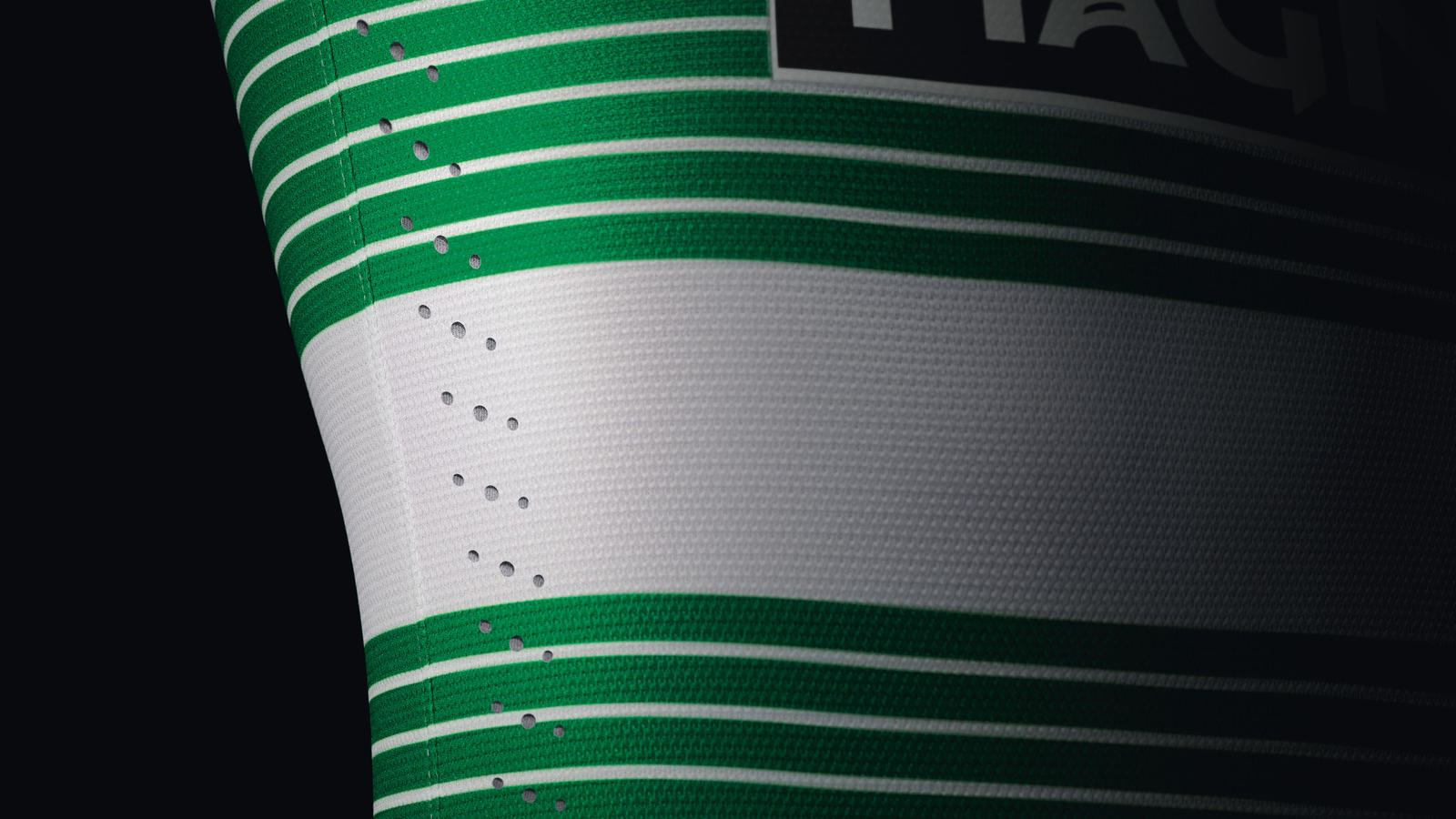 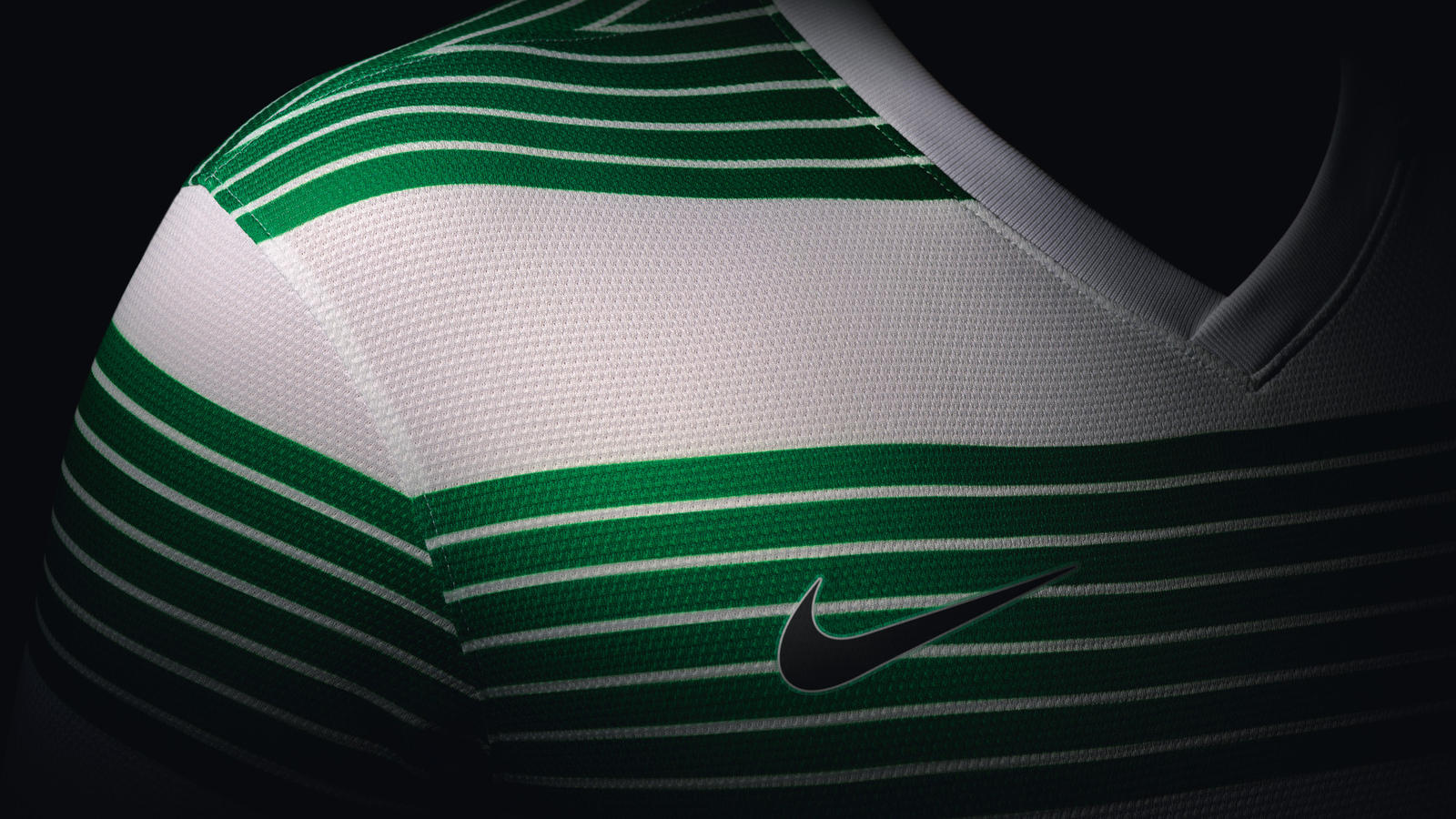 Celtic will open a new chapter in their long and illustrious history with a brand new home kit for the 2013-2014 season.

After a momentous 125th anniversary campaign — notable for a stunning Champions League victory over Barcelona, qualification for the knockout stages of the Champions League and a domestic League and SFA Cup double — the Glasgow giants have a new contemporary on-field look for next season.  Their sights are fixed firmly on the future, represented by exciting emerging talents such as Tom Rogic and Tony Watt.

On the new home shirt, each of the club’s iconic green hoops is made of up seven smaller hoops, which are inspired by some of the club’s greatest players — such as Jimmy Johnstone and Henrik Larsson, who wore the No. 7 shirt.

The shirt features a modern crossover V-neck collar, and a woven label inside the neck features a quote from former Chairman Robert Kelly: “This Celtic Football Club is much more than a football club. To a lot of people it’s a way of life.”

The home shorts are white with a green stripe down each side, and the white home socks feature the new hoop design with seven fully engineered thinner hoops as featured in the shirt.

The new kit showcases Nike's committment to aiding the performance of players with key technological benefits:

The new Celtic Home Kit 2013 by Nike is available from July 4.