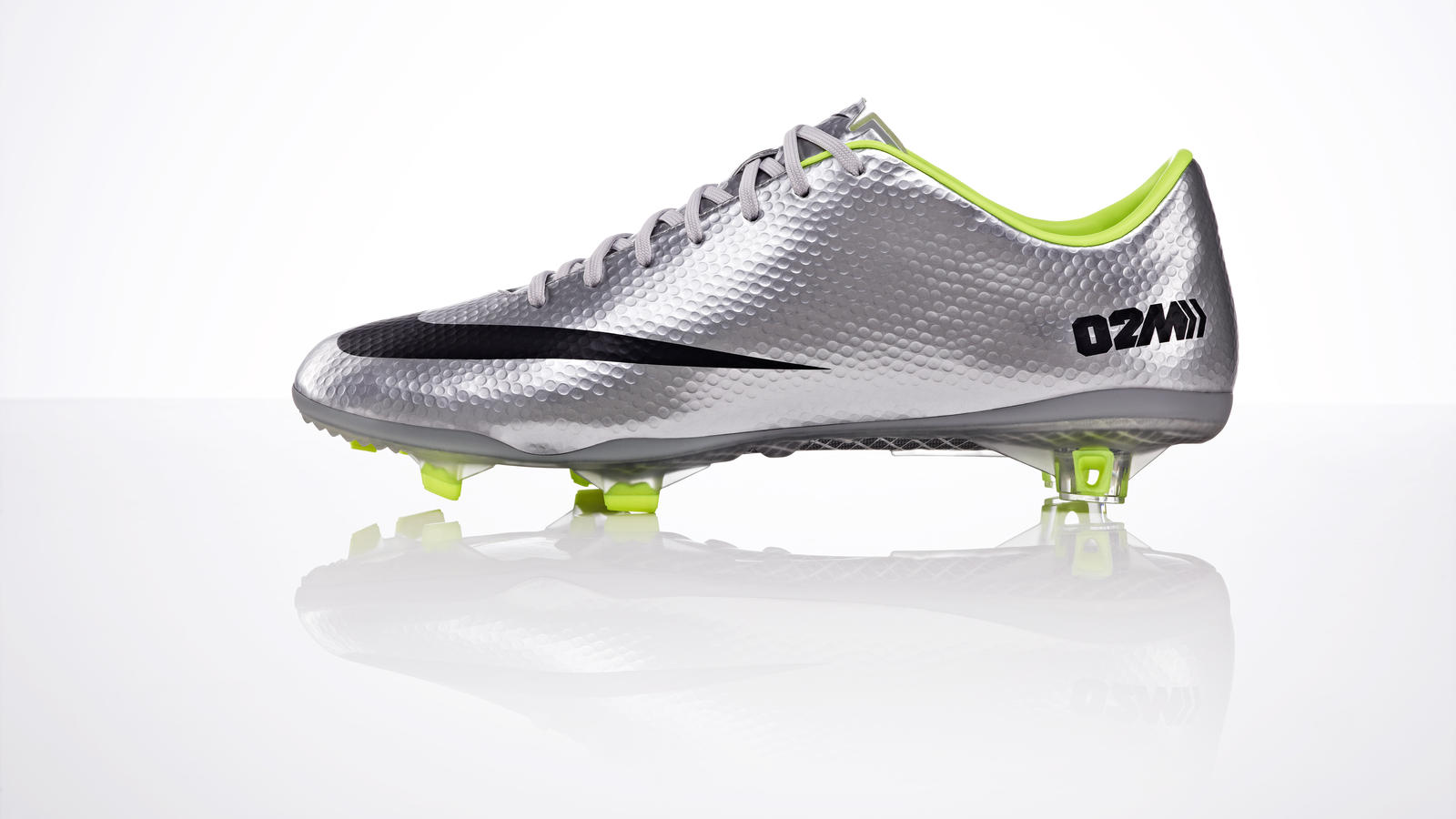 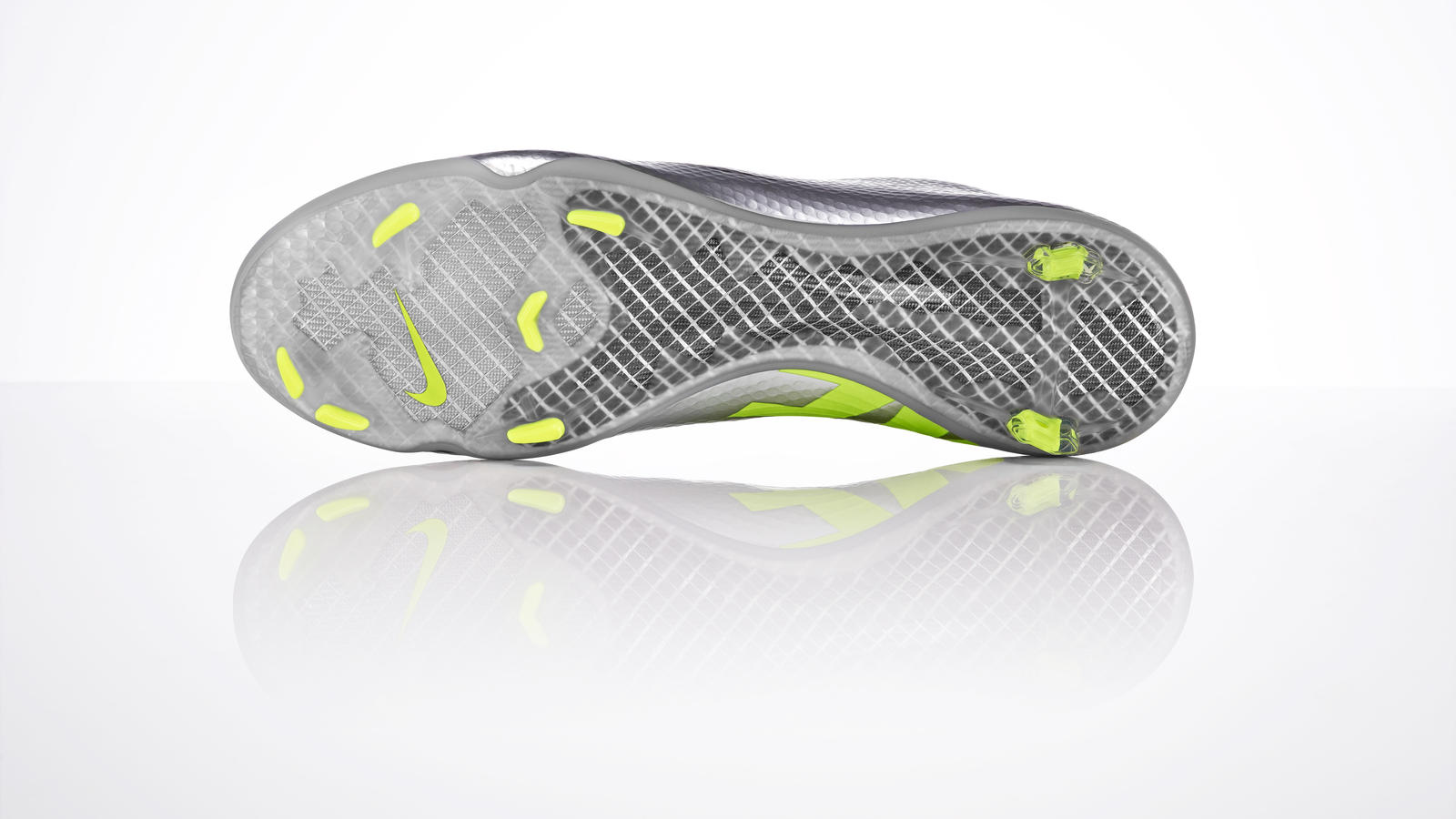 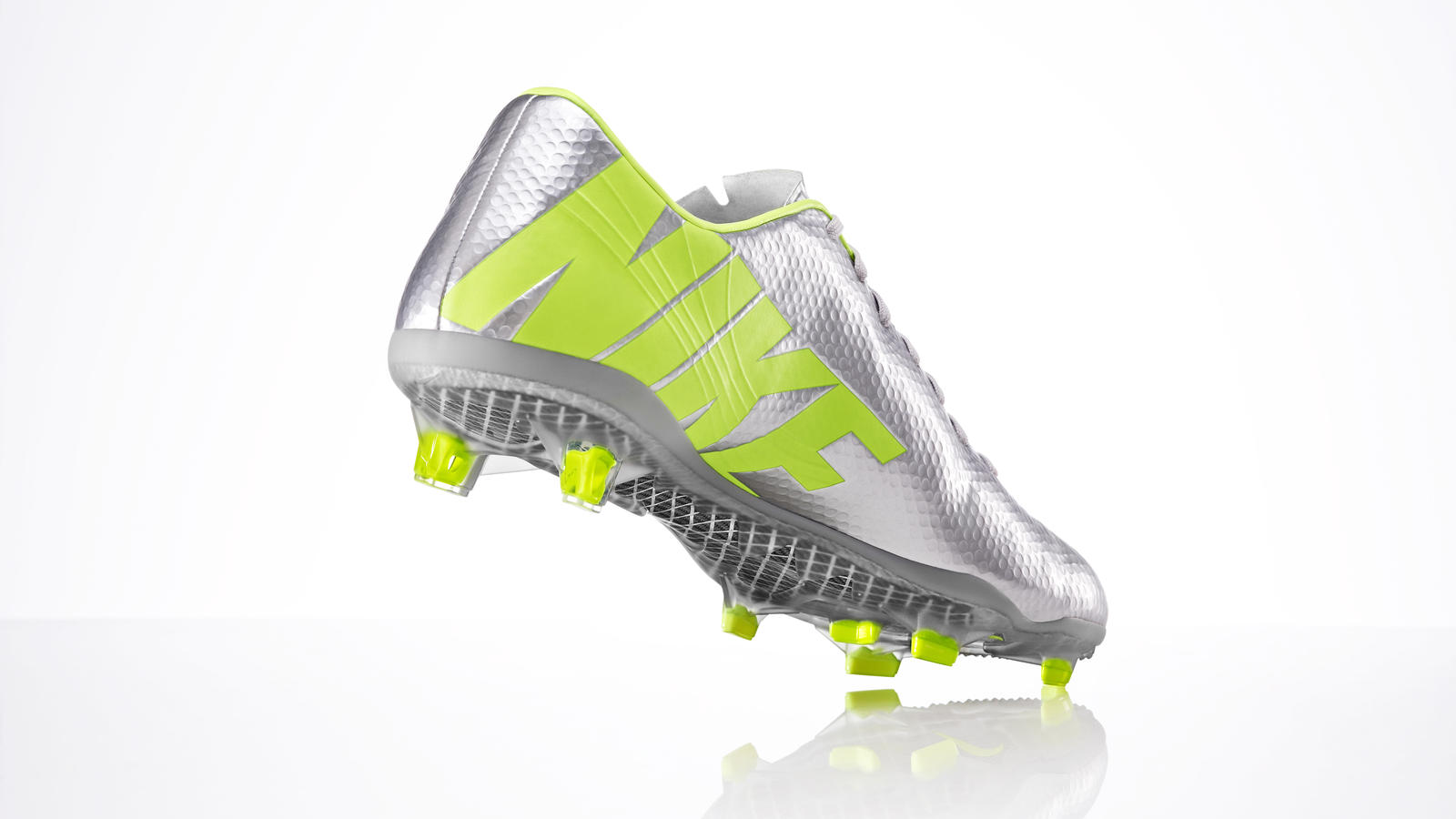 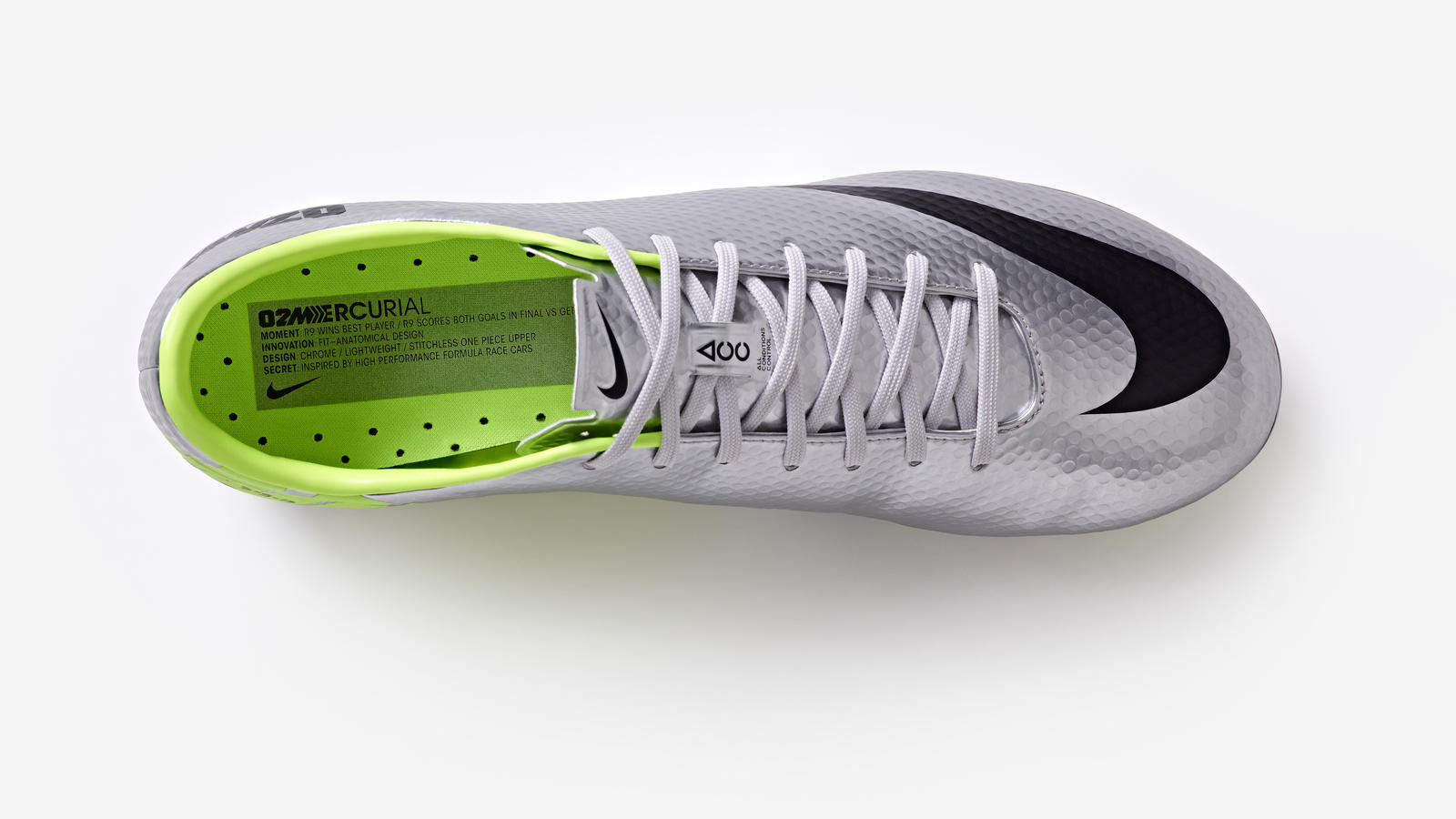 Wearing the boot, Ronaldo scored eight times in Japan and Korea and confirmed his status as the world’s best striker. Ronaldo’s bold chrome colorway stood out as a new icon of football footwear — just as his 1998 boots had done.

To celebrate the heritage of the ‘02 classic, the 2014 Mercurial Vapor IX Fast Forward ’02 Edition provides today's players with modern boot technology inspired by the  ’02 model. Subtle graphic references, colors and prints combine with modern materials and innovation to celebrate the boot’s legacy of speed while commemorating a magical summer tournament for Ronaldo and the Mercurial.

A small heel logo mark identifies the original year of inspiration, and the sockliner tells the story of key moments in the Mercurial’s history.

The Mercurial Vapor IX is engineered for support and touch and to deliver a combination of speed and skill when it matters most. Nike’s new texture on the boot’s upper helps provide players with the confidence to perform at high speed with enhanced friction. The Speed Control texture wraps around the foot, giving the boot friction when necessary without compromising on the soft touch players require. The upper also locks down the foot to prevent unnecessary movement within the boot, while a minimal and soft heel area maximizes comfort. Its snug, responsive fit is a hallmark of Mercurial boots.

Traction is everything for the player who relies on explosive speed and wears the Mercurial Vapor IX. Twin studs at the back allow for a quick release from the turf, and the asymmetric design of the stud configuration delivers an explosive start. Highly responsive blades also allow for game-altering changes in direction at speed.

The Mercurial Vapor IX features a unique, lightweight plate, incorporating two different pieces of glass fiber that increase flexibility and responsiveness, providing energy return in the heat of the game.

Since its original launch more than 15 years ago, the Mercurial has always stood out. Bold and exciting, the boot’s color and design has always ensured its players are noticed and have the best in speed innovation.