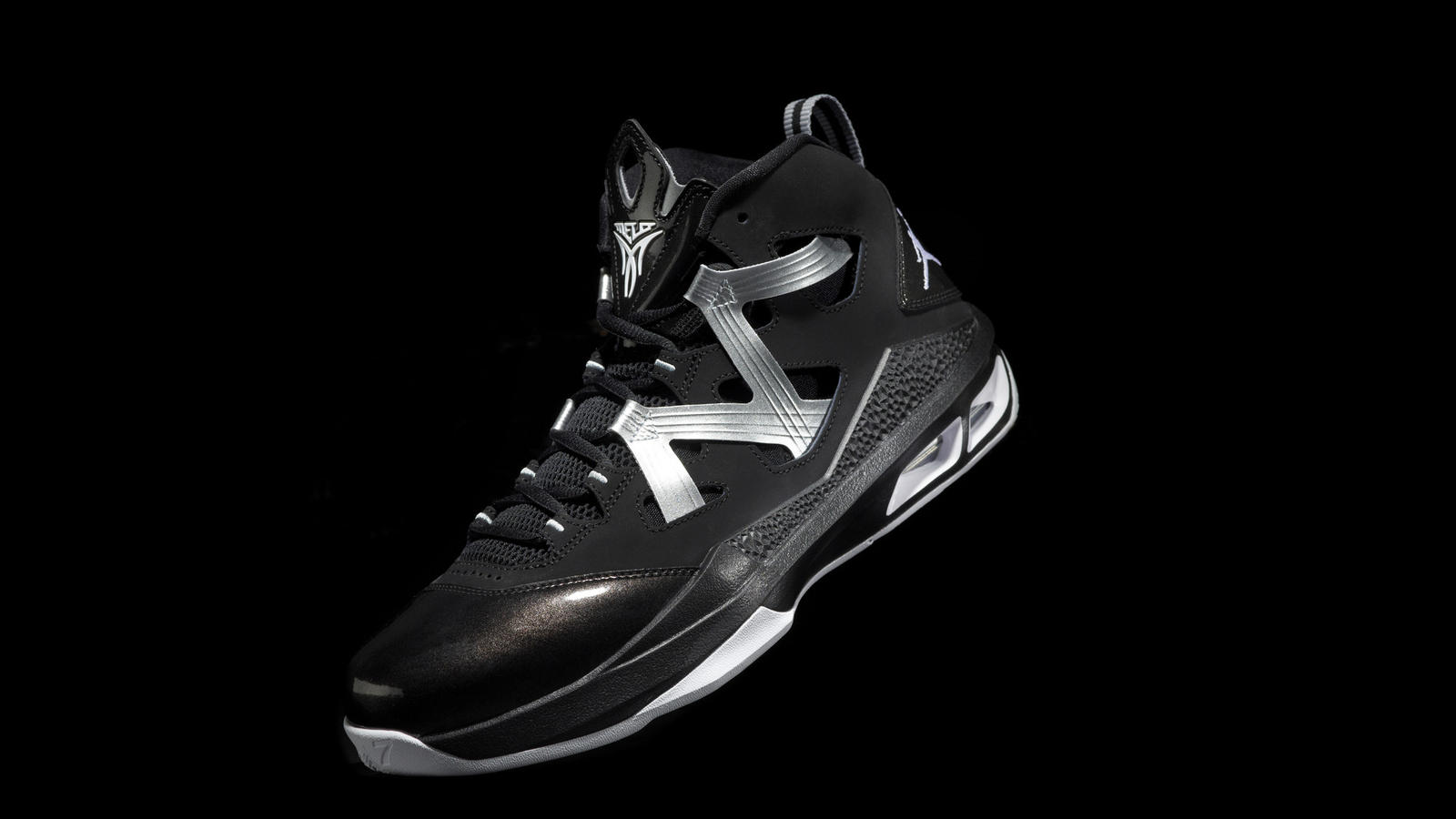 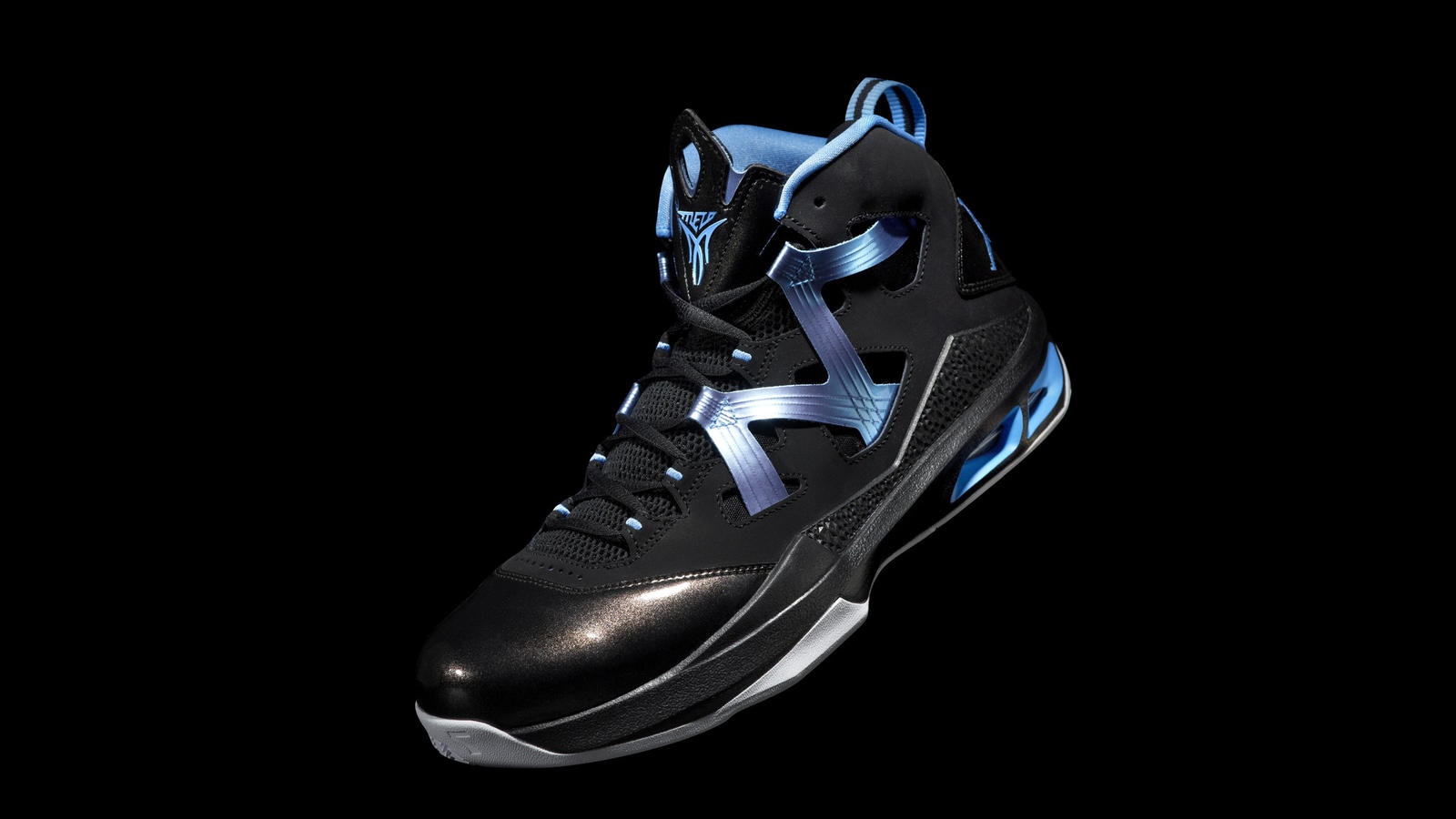 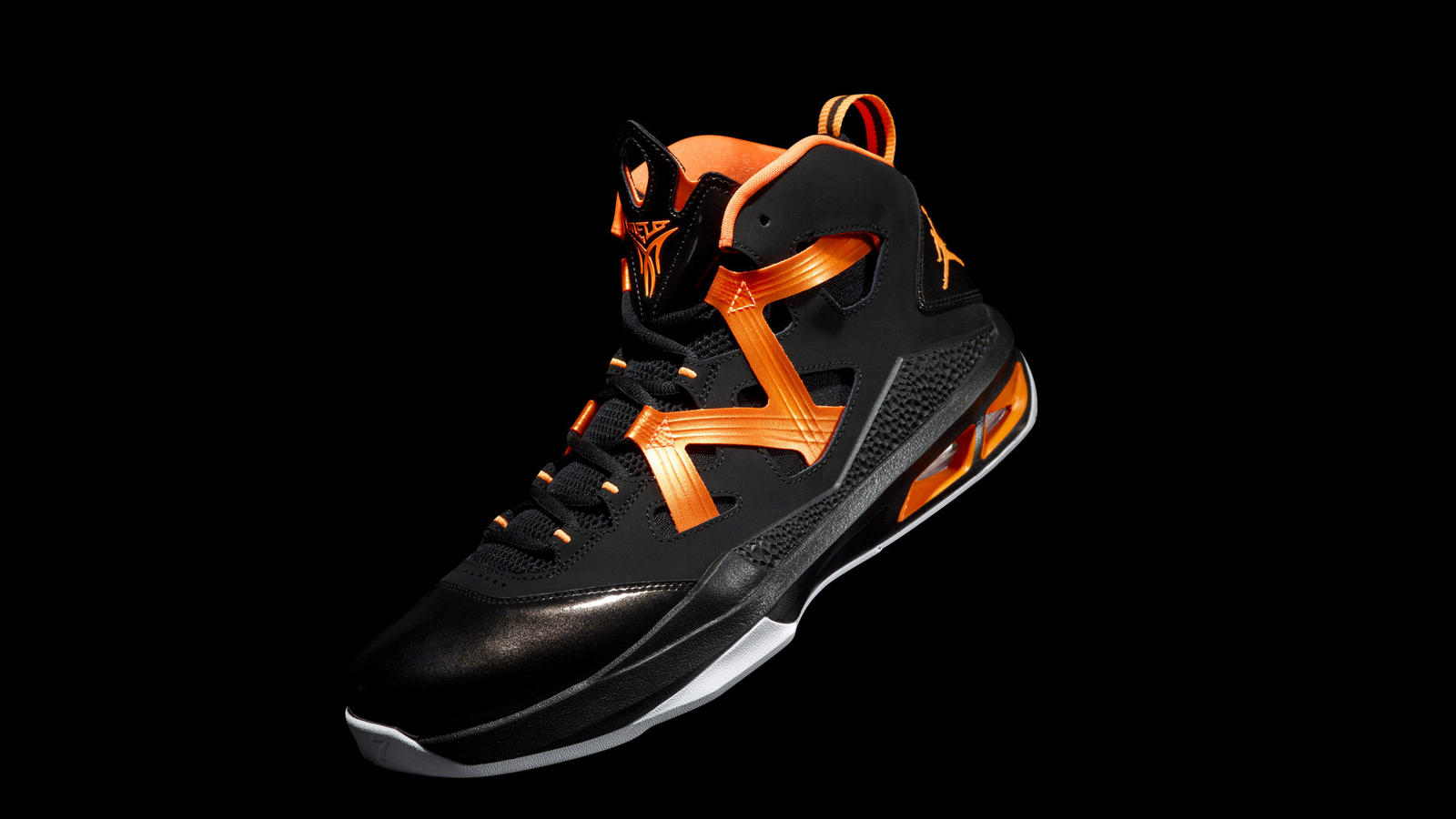 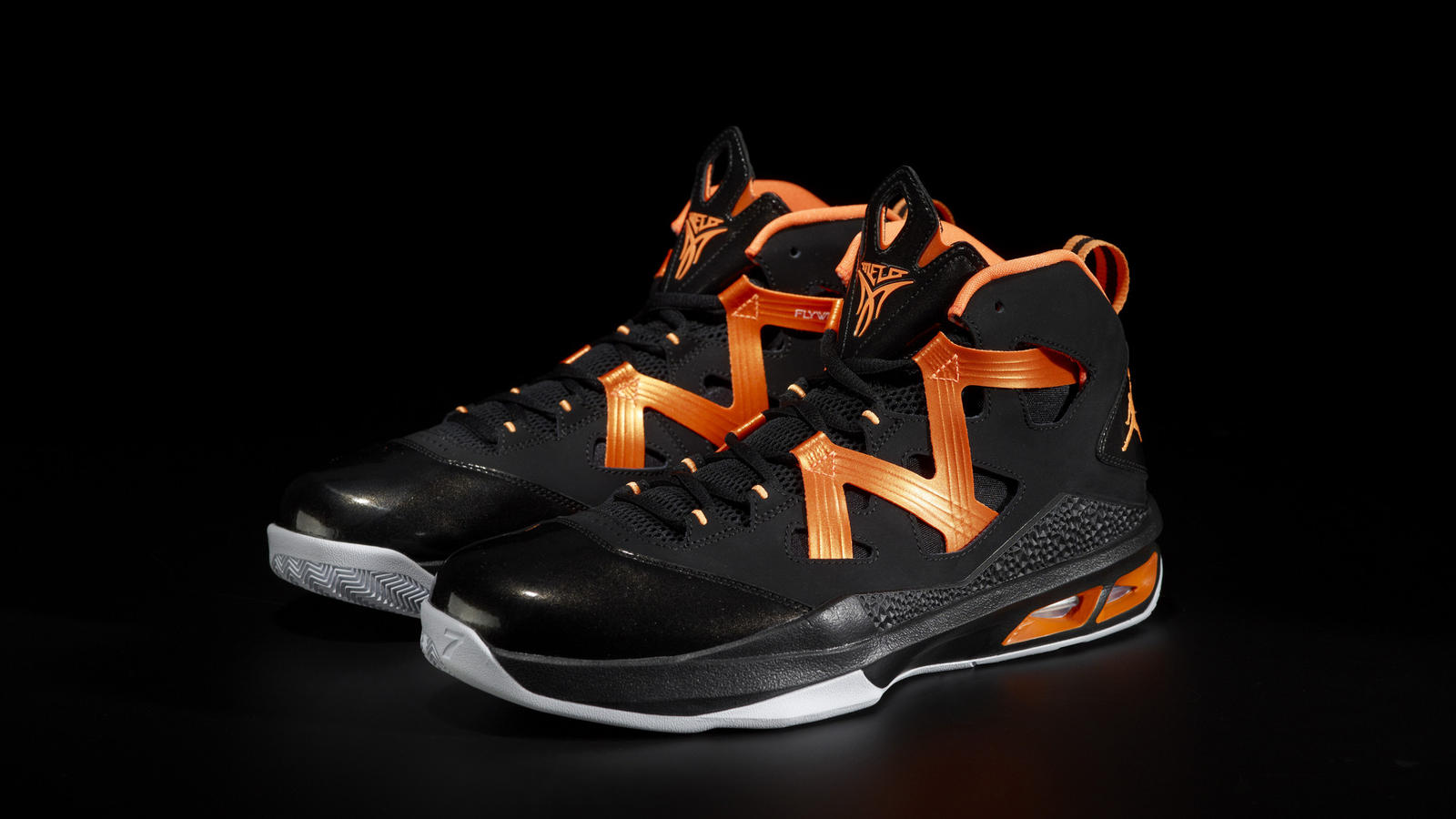 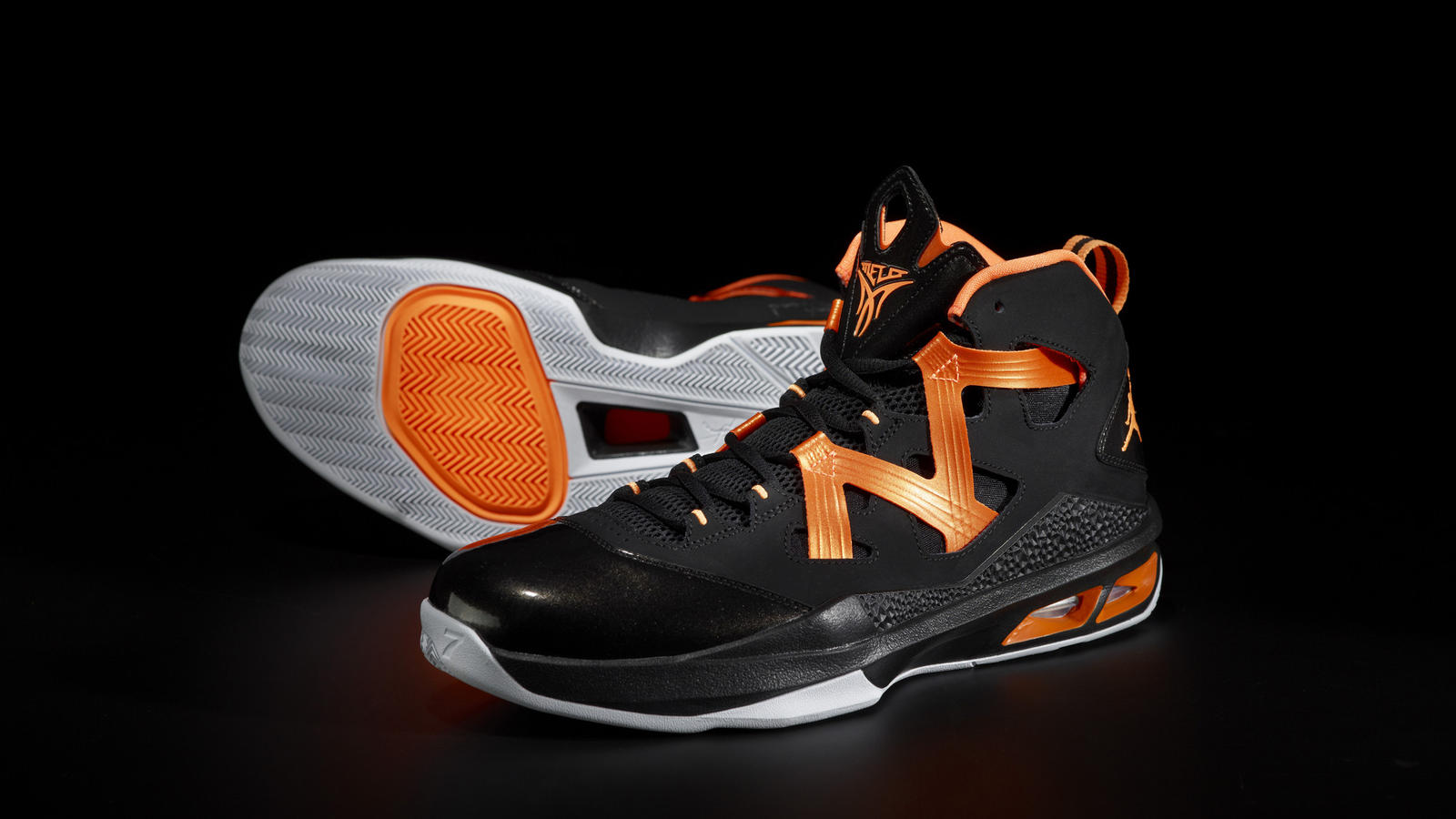 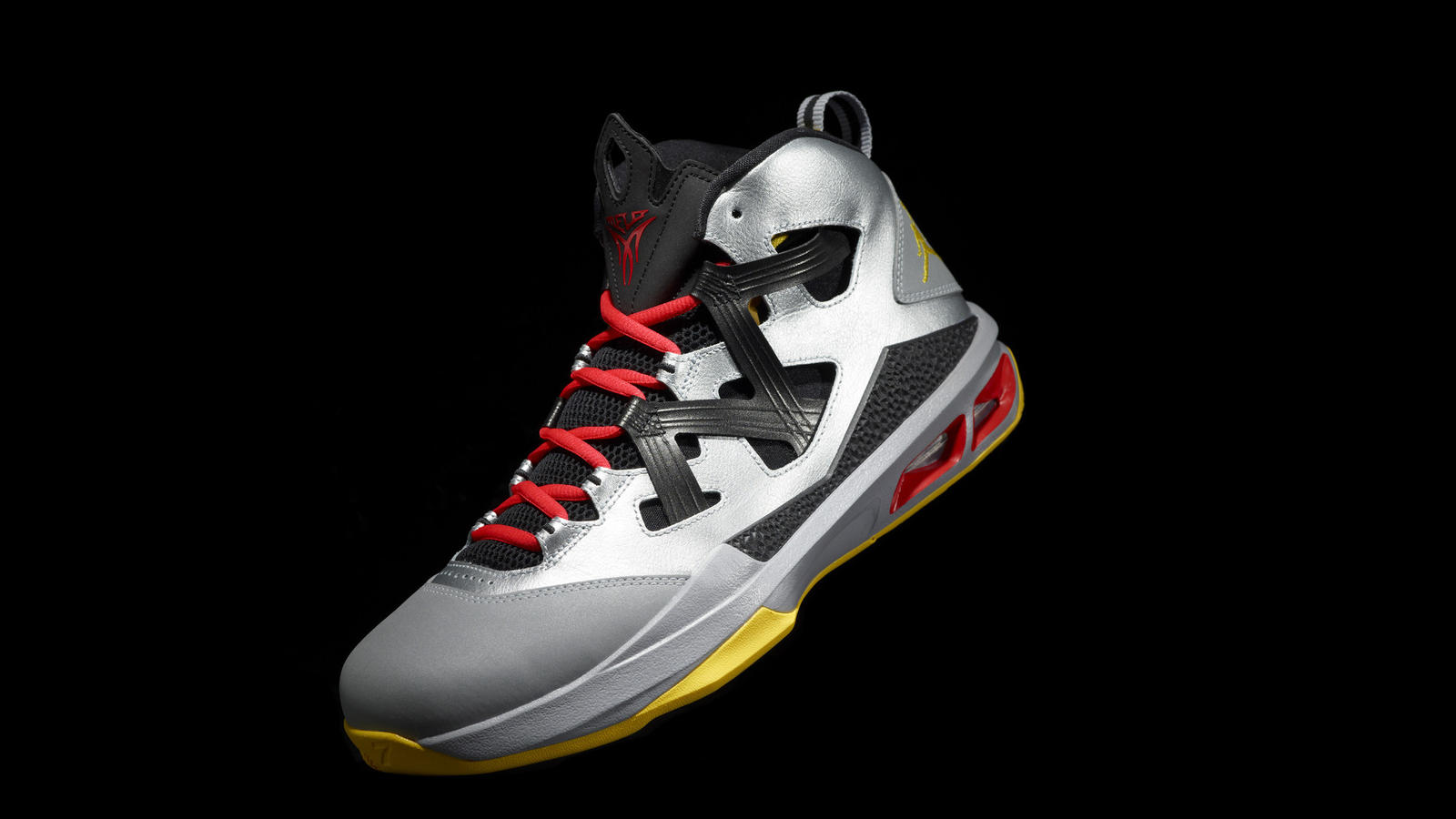 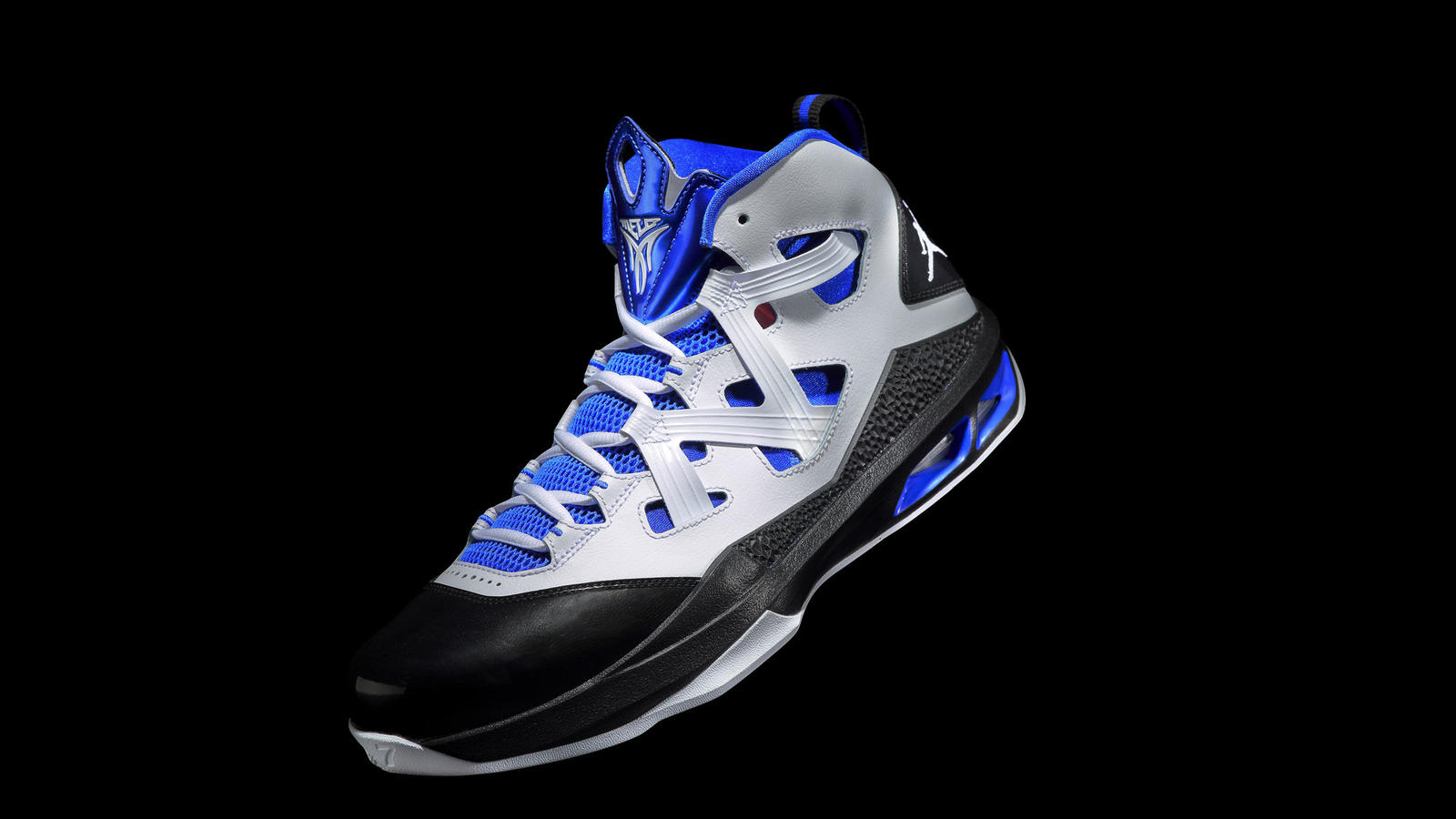 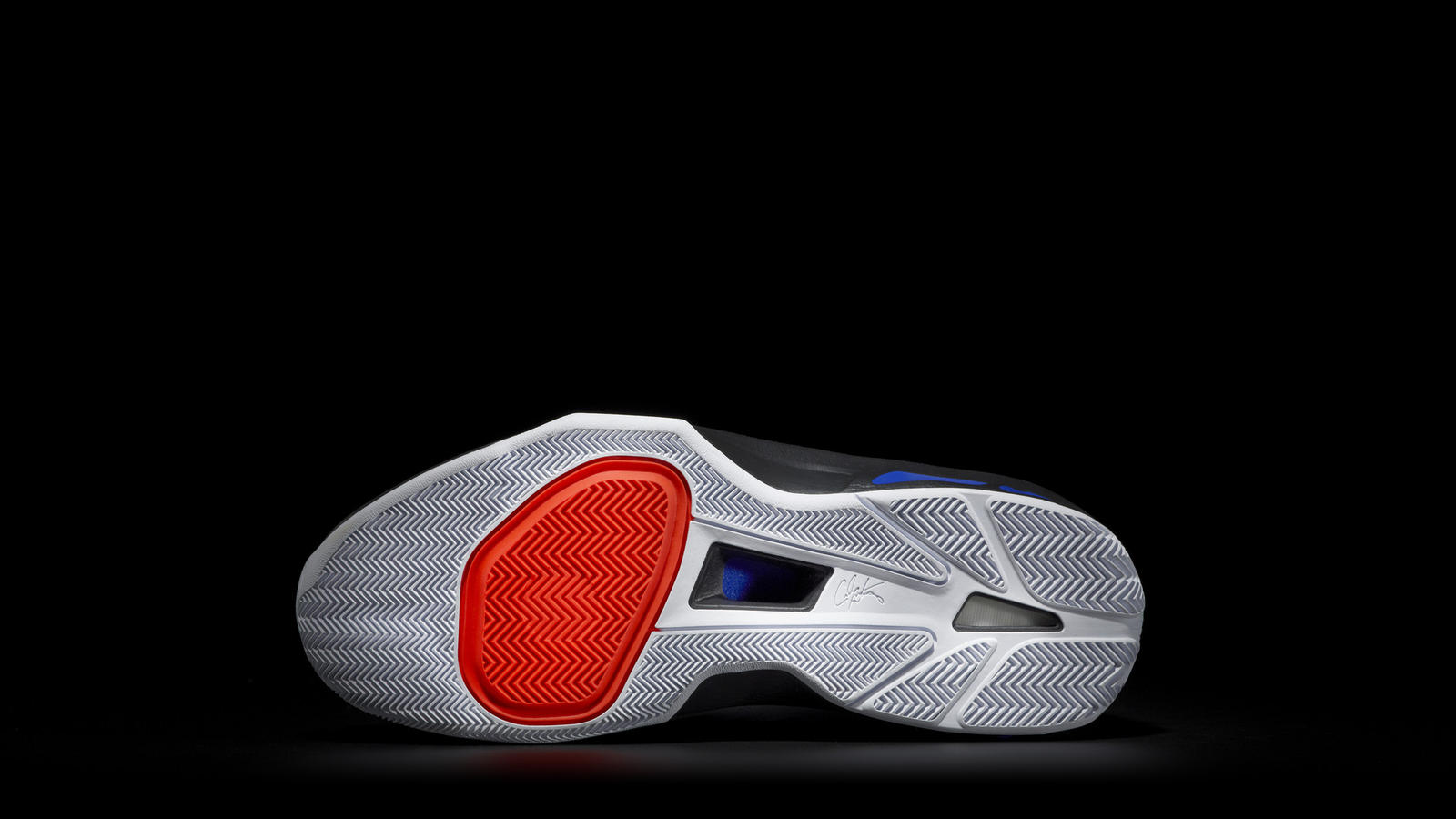 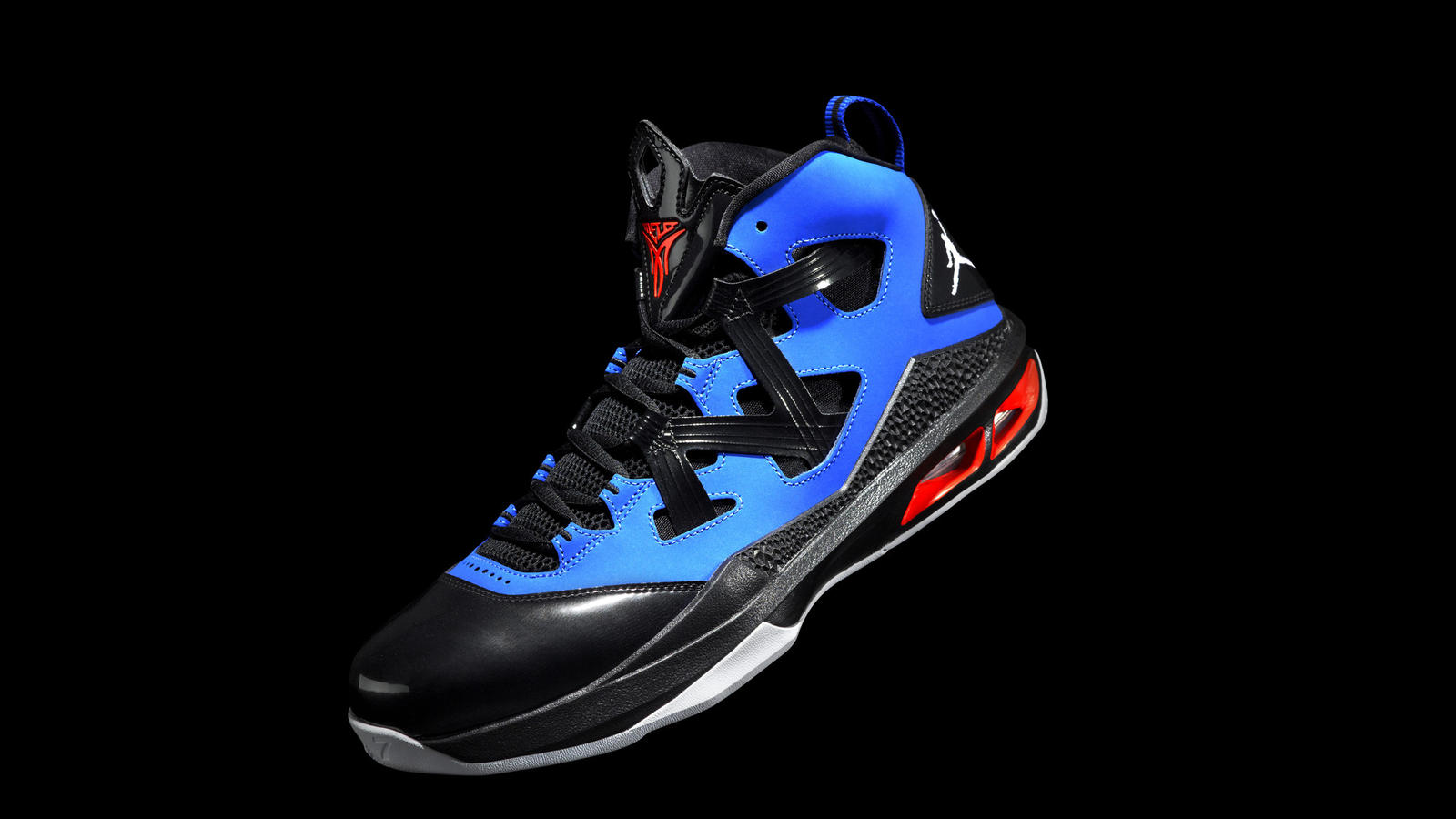 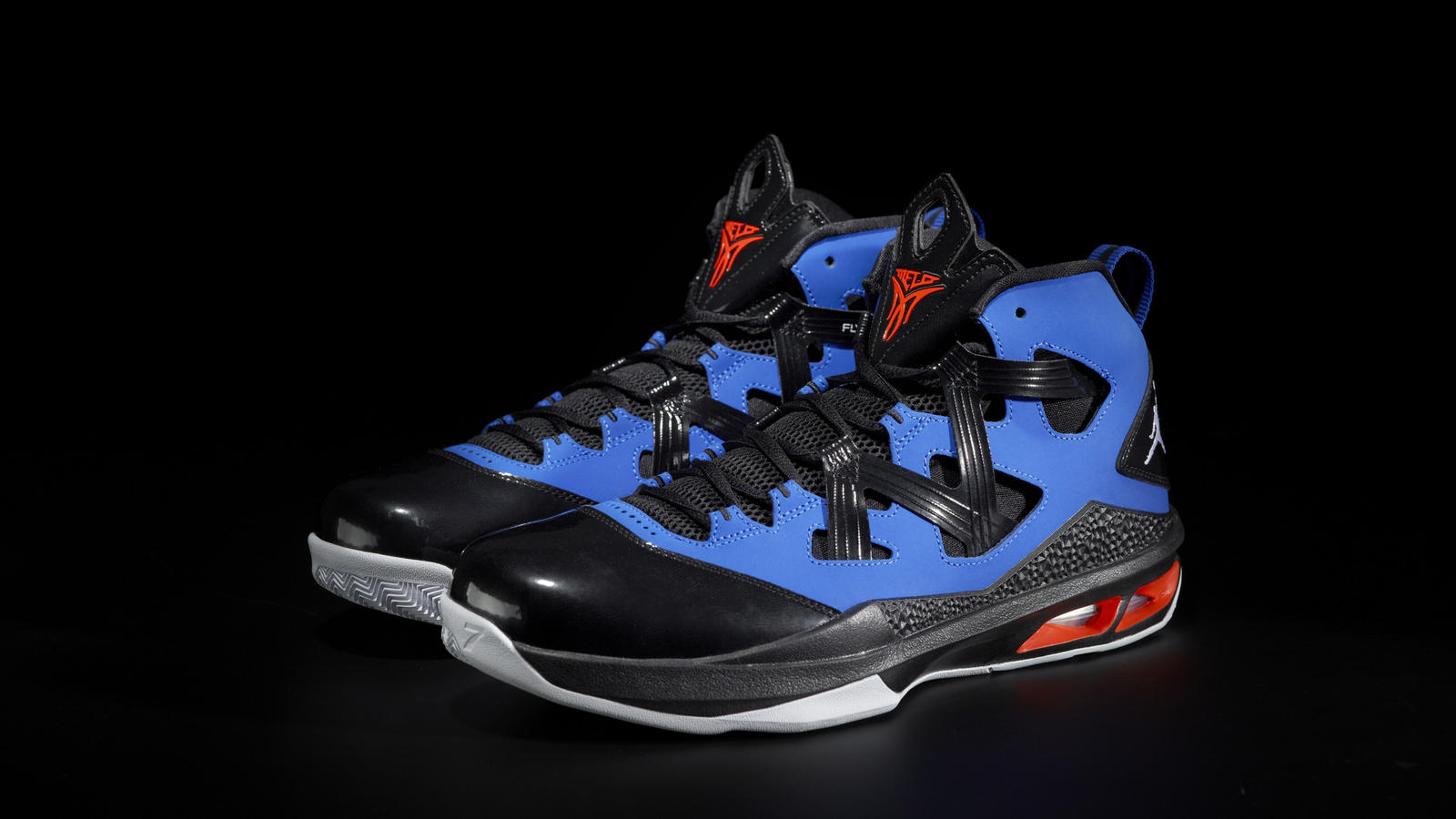 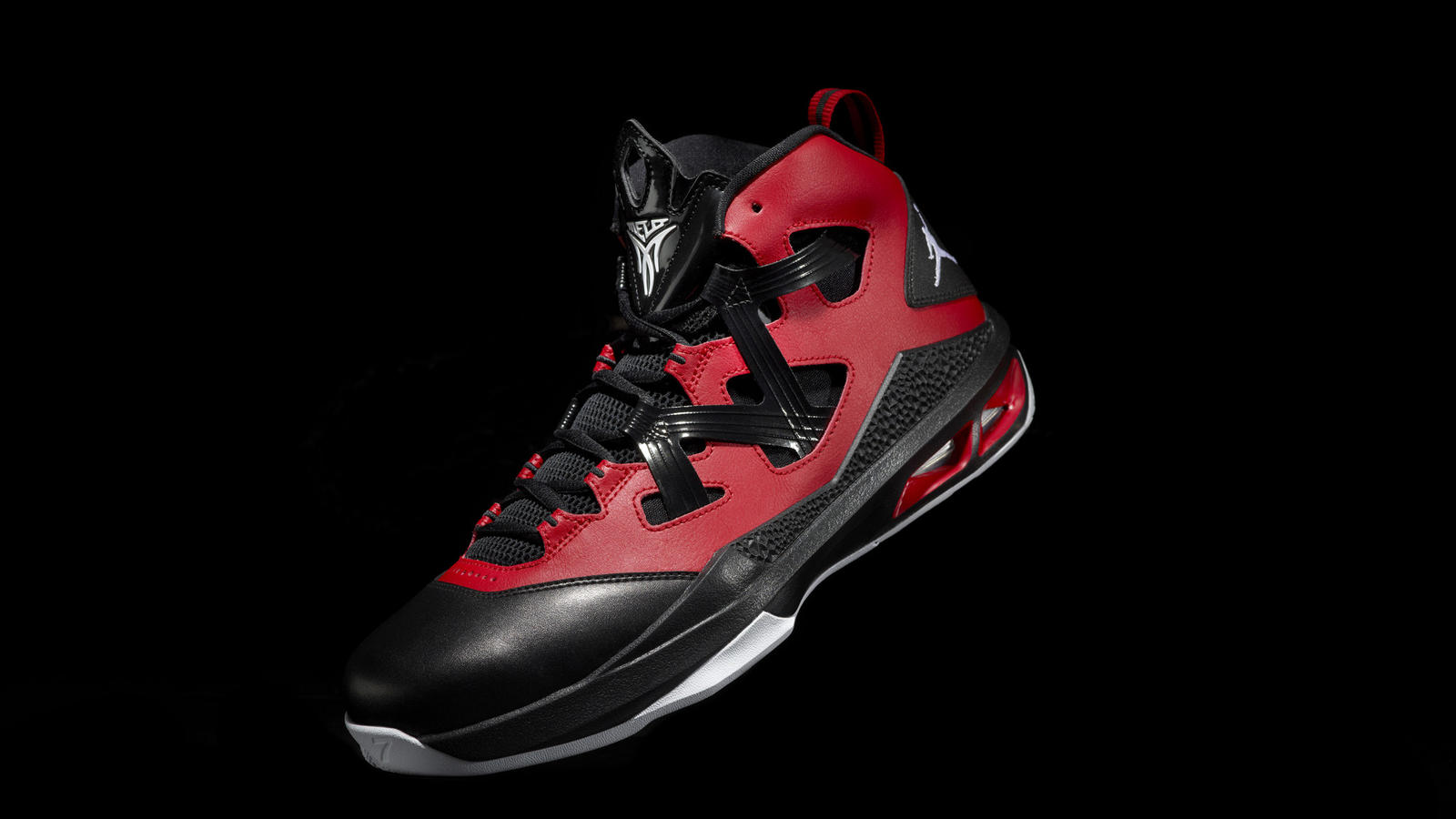 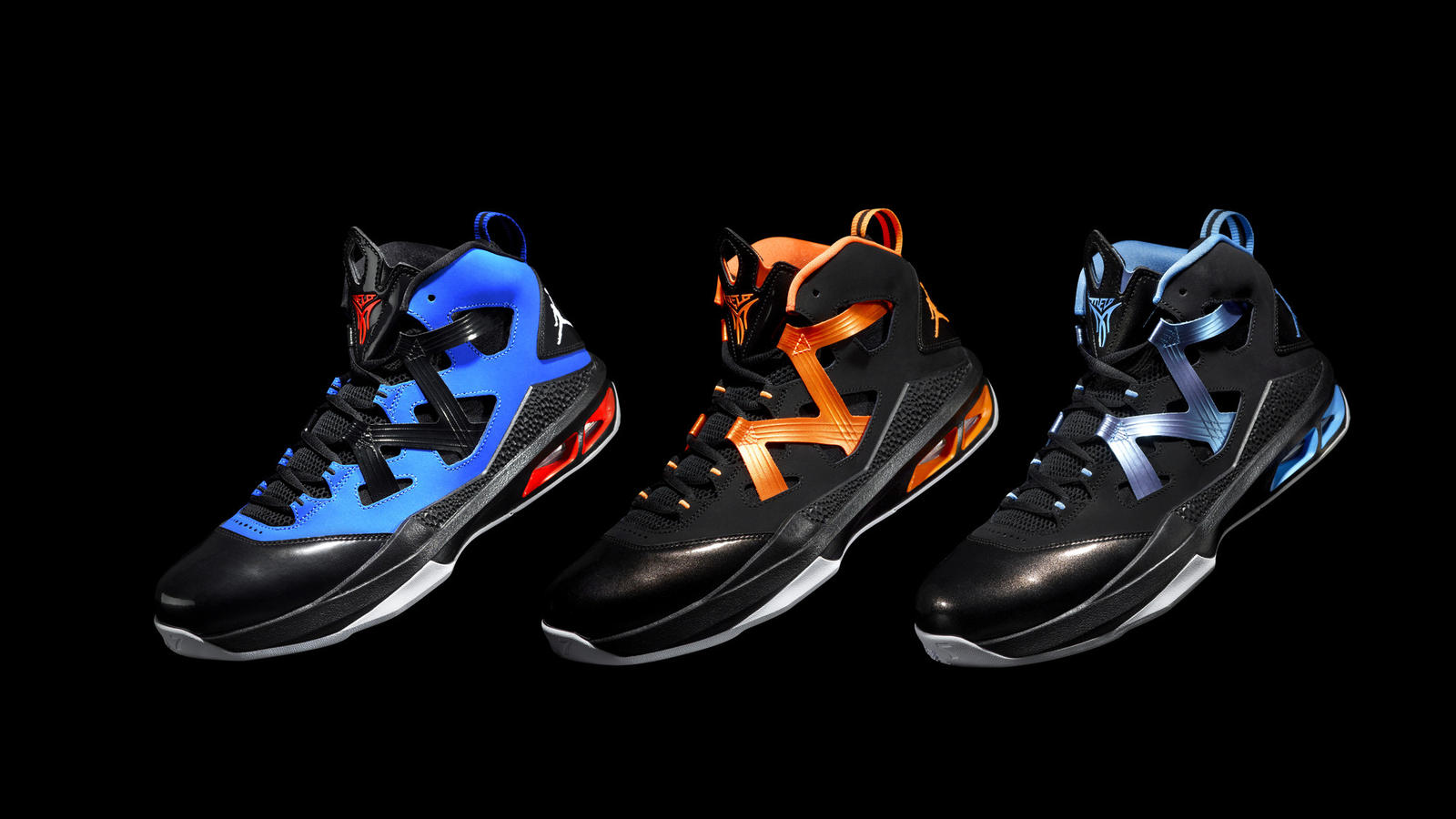 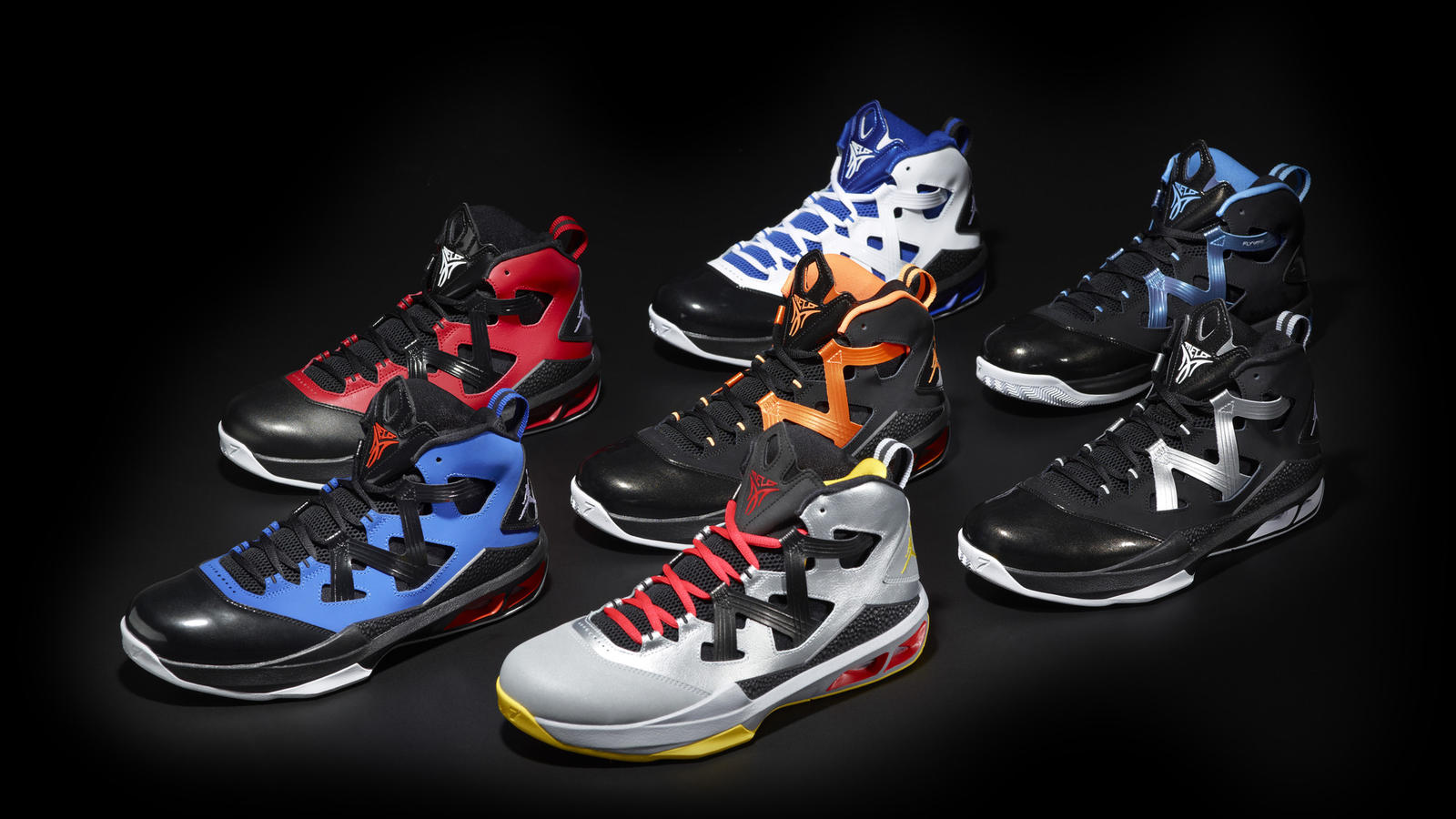 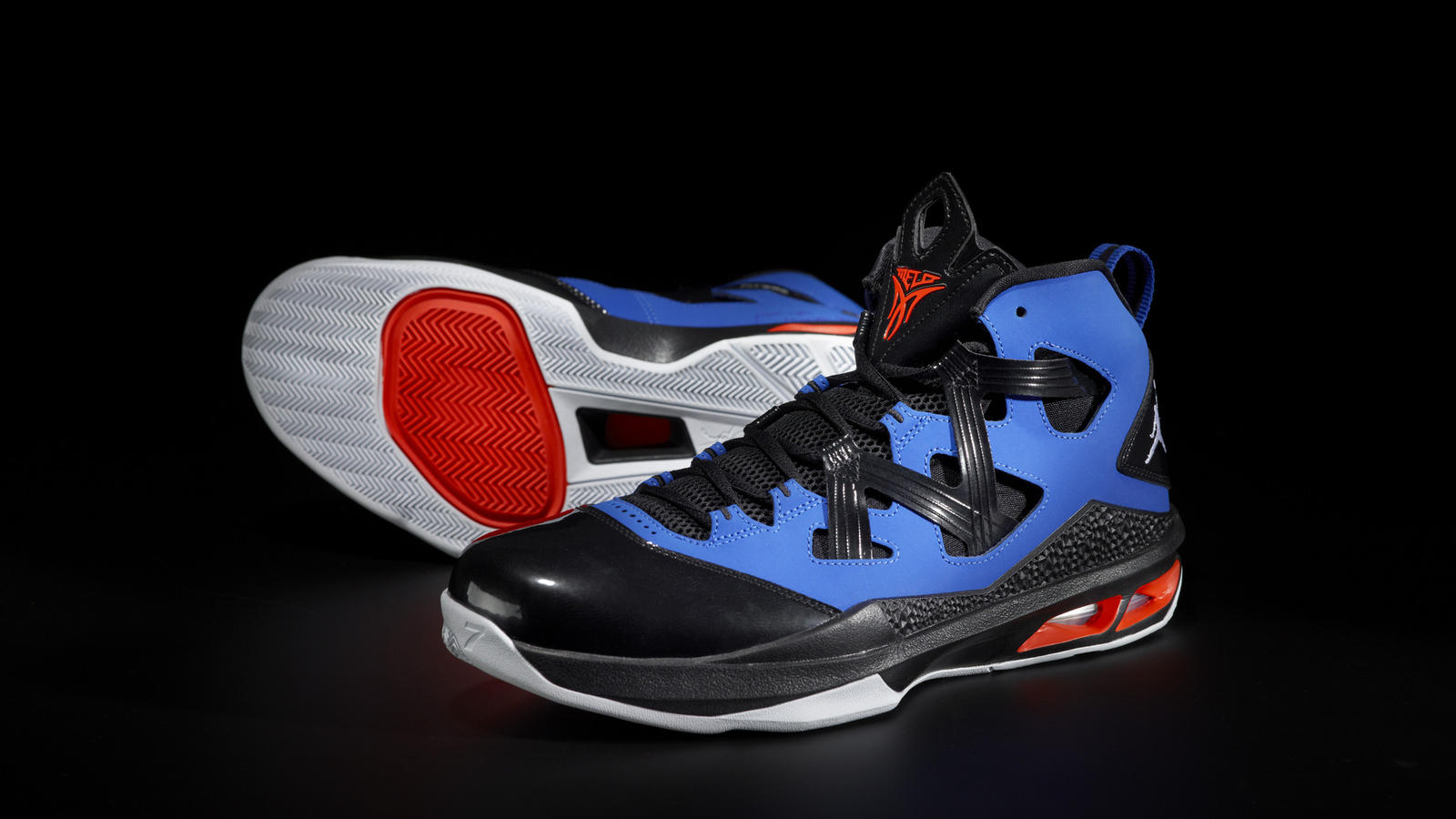 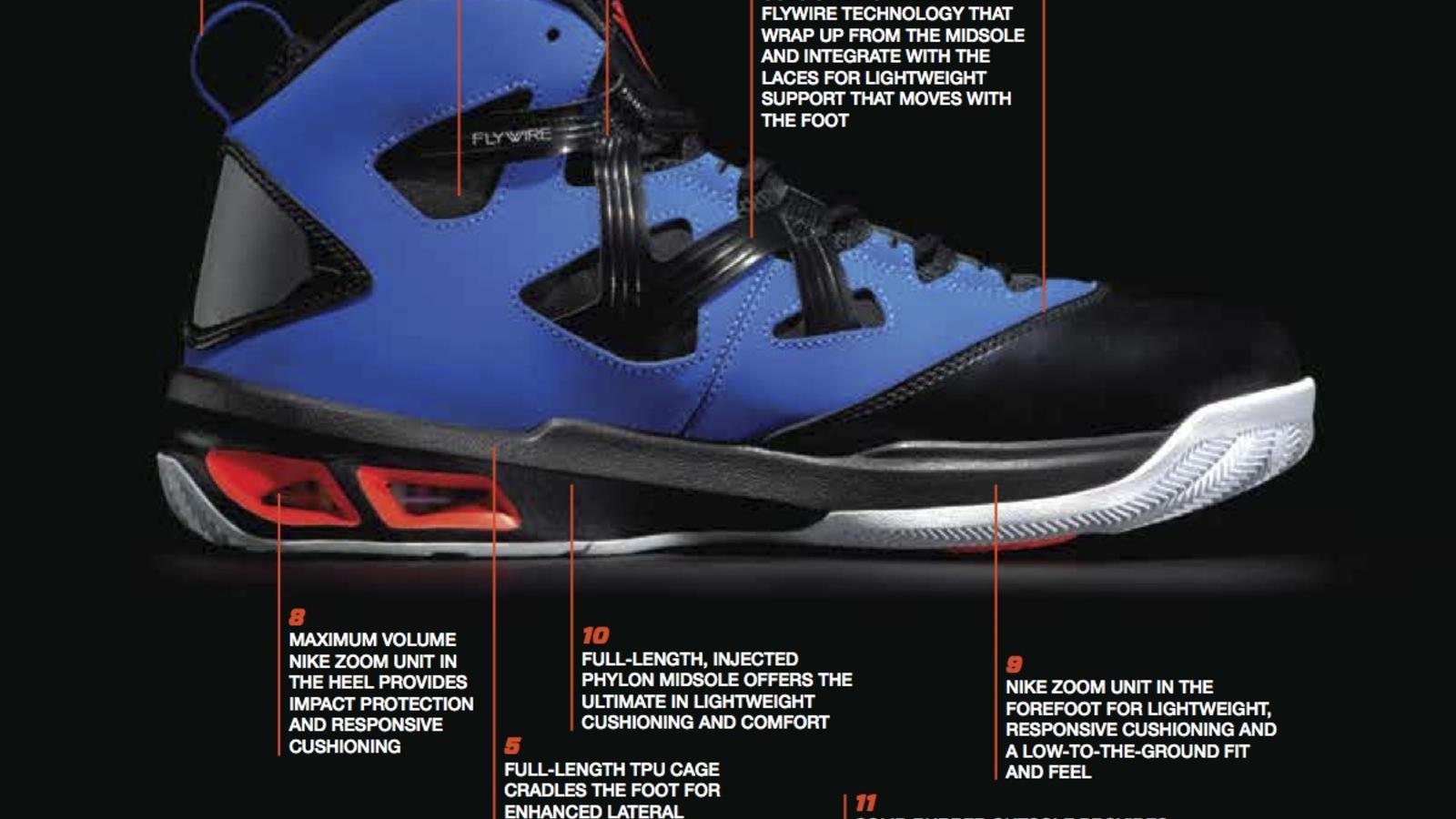 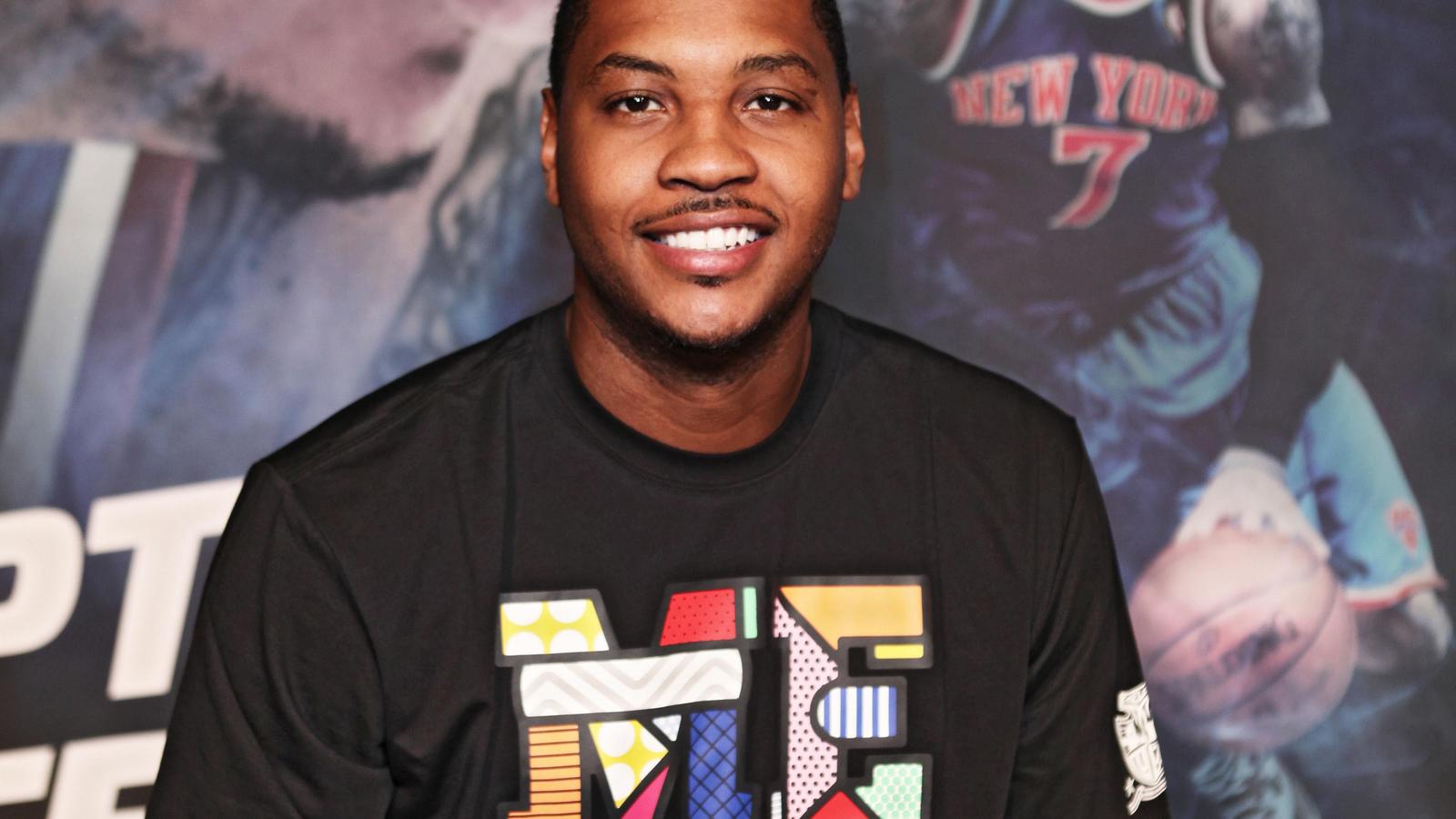 With Carmelo Anthony’s passion for high-end watches and love of armored superhero suits at the center of its unique design inspiration, Jordan Brand, a division of NIKE, Inc., today launched the much-anticipated JORDAN MELO M9, engineered to help Anthony – one of the most versatile players in the game – maximize his unique combination of speed and power.  The JORDAN MELO M9 debuted on court on Christmas Day in a red/green/white colorway. At 13 ounces, it's the lightest JORDAN MELO ever. It will be available nationwide on January 9 for MSRP of $140.

The JORDAN MELO M9 provides lightweight support and increased responsiveness through Nike Zoom cushioning. In addition, the JORDAN MELO M9 boasts a full-length TPU cage that cradles the foot, providing lateral stability and support, and Dynamic Fit technology that uses straps made with Nike Flywire. The straps, which coincidentally form the shape of the letter M, come up from the midsole and integrate with the laces and wrap around the bottom of the shoe for lightweight support that moves with the foot and gives players 360 degrees of fit.

"I love the idea of being locked in, whether I’m on the perimeter or making a move in the post,” Anthony said. "I want to protect my ankles while not restricting my cutting ability. After working closely with the Jordan Brand team during development stages, the JORDAN MELO M9 fits my game perfectly."

The JORDAN MELO M9 will be available in four colorways on January 9 with additional offerings later this year. Colorways include a team inspired Game Royal/Black/Team Orange/White, Black/White/University Blue, Black/White/Bright Citrus and Gym Red/Black/White.

During the 2011-12 off-season, Anthony visited Nike World Headquarters in Beaverton, Ore., to discuss the design of the JORDAN MELO M9 with Jordan Brand Lead Footwear Designer Justin Taylor. There, they rescanned his whole body and foot for the first time since he was a rookie.

“Carmelo has a narrow foot, so the focus of the shoe was on fit, not just for him but to be supremely adaptive to a wide variety of players,” Taylor said. “Carmelo said he wanted the shoe to fit like a superhero’s suit: sleek, form-fitting but allowing for movement. Looking at a superhero suit, it’s got layers of articulation, but it’s not bulky. That was the philosophical ideal for the shoe. But the look itself came from somewhere else.”

Taylor began to talk to Anthony about his passions outside the game to develop a design for the JORDAN MELO M9, landing on the star’s love of luxury watches.

“Over time, gravity makes all the elements of a watch settle and it loses time,” Taylor continued. “Tourbillion serves as a perpetual battery in the watch, negating the affects of gravity. We used that as the design inspiration for the upper of the shoe. Like the face of a watch, its layers function independently, but together it builds one very strong unit to increase the element of fit.”

Other elements of watches integrated into the JORDAN MELO M9 include a watch face on the heel of the shoe with a Jumpman on the left side, and hourly tickmarks at the 12, 3, 6 and 9 o’clock spots.

The JORDAN MELO M9 features a maximum-volume Nike Zoom unit in the forefoot and heel, which provides responsive cushioning, a full-length injected Phylon midsole for lightweight cushioning and comfort, and an exaggerated herringbone pattern on the heel and forefoot allowing for excellent traction and an smoother transition from heel to toe.

There are numerous personal touches that are unique to Anthony in the JORDAN MELO M9. His signature is on the outsole, signifying his approval and sign-off; his jersey number 15 on the toe box; nine perforations are placed just below the lacings to signify his ninth signature shoe; and his logo is on the tongue and heel.