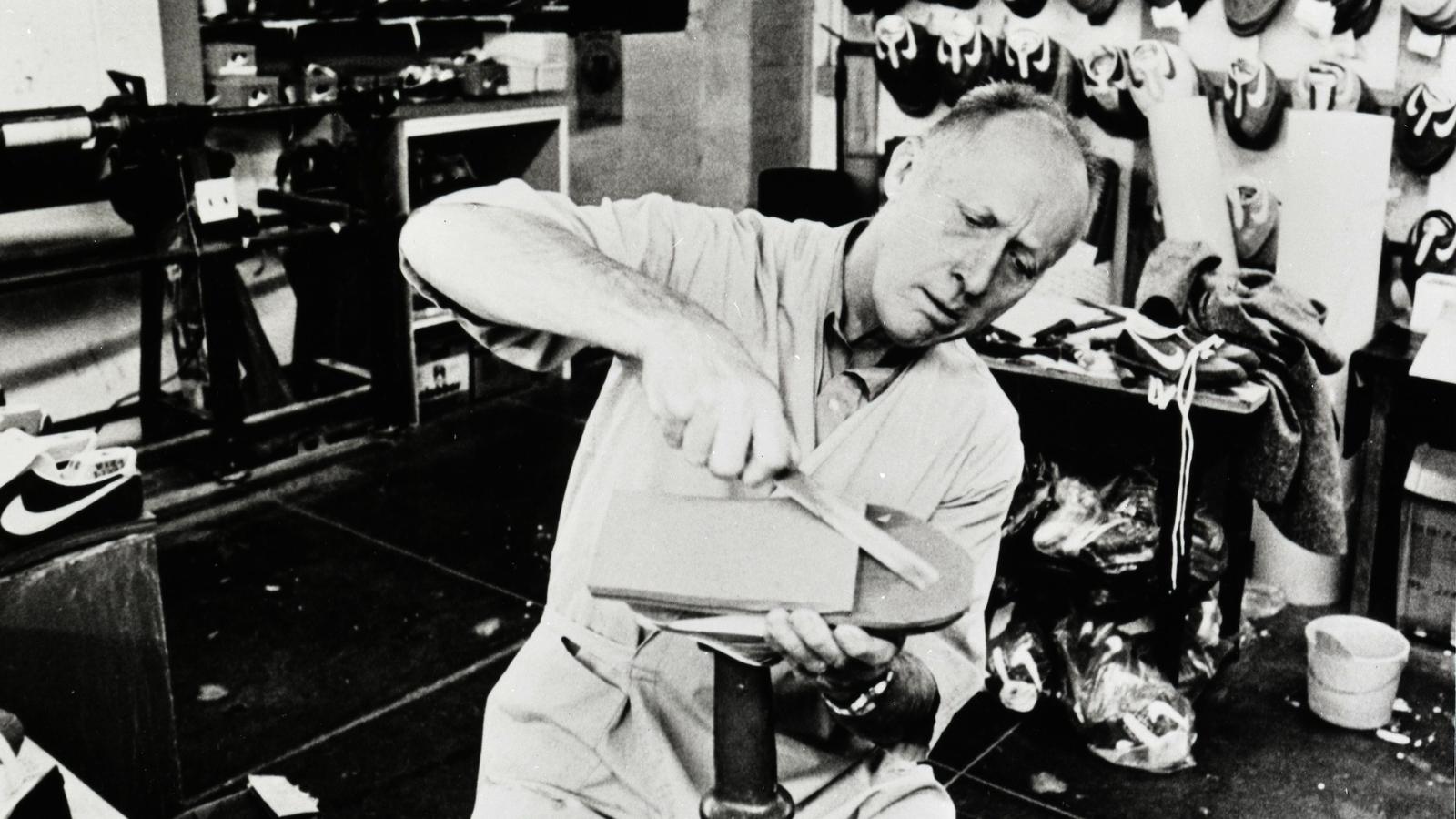 Bill Bowerman’s passion for providing the best training and tools to help athletes achieve their goals redefined an industry, leading to many of the innovations used in Nike products today.

Today the National Inventors Hall of Fame recognizes Bowerman’s legacy, inducting him into its Hall of Fame at the U.S. Patent and Trademark Office in Alexandria, Va.

From his revolutionary teaching methods as track and field coach for 23 years at the University of Oregon to his keen approach in developing creative designs for his athletes, Bowerman was the consummate inventor.

Nothing exemplifies that drive like the now famous Waffle Trainer.

Looking to give his athletes an edge, he began to tinker with the idea of a rubber and latex running shoe outsole, with raised nubs for traction. This would eventually become Bowerman’s first patent (in 1974) at the expense of his wife Barbara Bowerman’s waffle iron, used to make the unique design.

Bowerman joined forces with his former runner Phil Knight in 1964 to found Blue Ribbon Sports, Nike's predecessor. Bowerman logged eight registered patents, with his last filed in 1980, and a number of his design inspirations led to the development of some the company's more iconic shoes, including the Nike Cortez in 1968, and the "Moon Shoe" in 1972. His impact on Nike's culture of innovation continues; the U.S. Patent and Trademark Office granted more than 540 patents to Nike in 2013 alone.

“Bill Bowerman’s legacy at Nike is immeasurable,” said Mark Parker, President and CEO of NIKE, Inc. “The products he designed and invented have powered Nike’s ascent as the world’s leading sports brand, and his commitment to pushing the boundaries to maximize athletes’ performance remains at the heart of Nike’s innovation spirit.”

Bowerman also is a member of the National Distance Running Hall of Fame, the USA National Track and Field Hall of Fame and the Oregon Athletic Hall of Fame. He's the namesake of the Bowerman Award, given each year to the most outstanding male and female track and field athletes.

The National Inventors Hall of Fame was established in 1973 and honors monumental individuals who have contributed great technological achievements and helped stimulate growth in the United States.

For more details on the National Inventors Hall of Fame, visit invent.org.