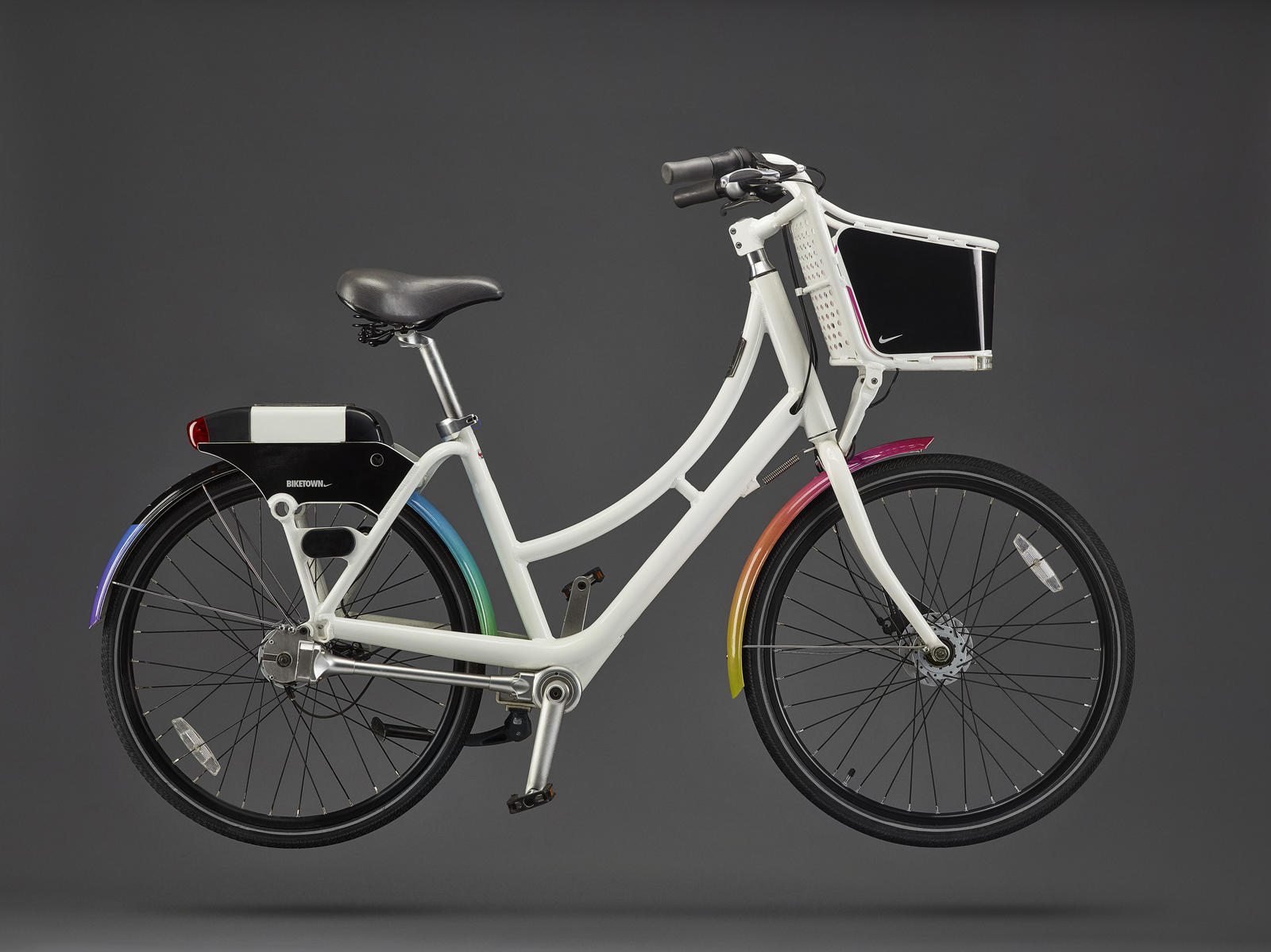 This month, 50 BIKETOWN sneaker bikes will be wrapped in two new limited-edition rainbow colorways. These BETRUE bike designs follow the launch of Nike’s 2017 BETRUE collection, and are part of Nike’s commitment to celebrate the LGBTQ community and support inclusion on and off the field of play.

The colorful bikes (half have a white background, half have a gray background) represent Portlanders’ individuality, diversity and creativity. The bikes will be ridden or walked by Portland community leaders in Portland’s Pride Parade on June 18, and will continue to roll through Portland during Pride month and beyond. 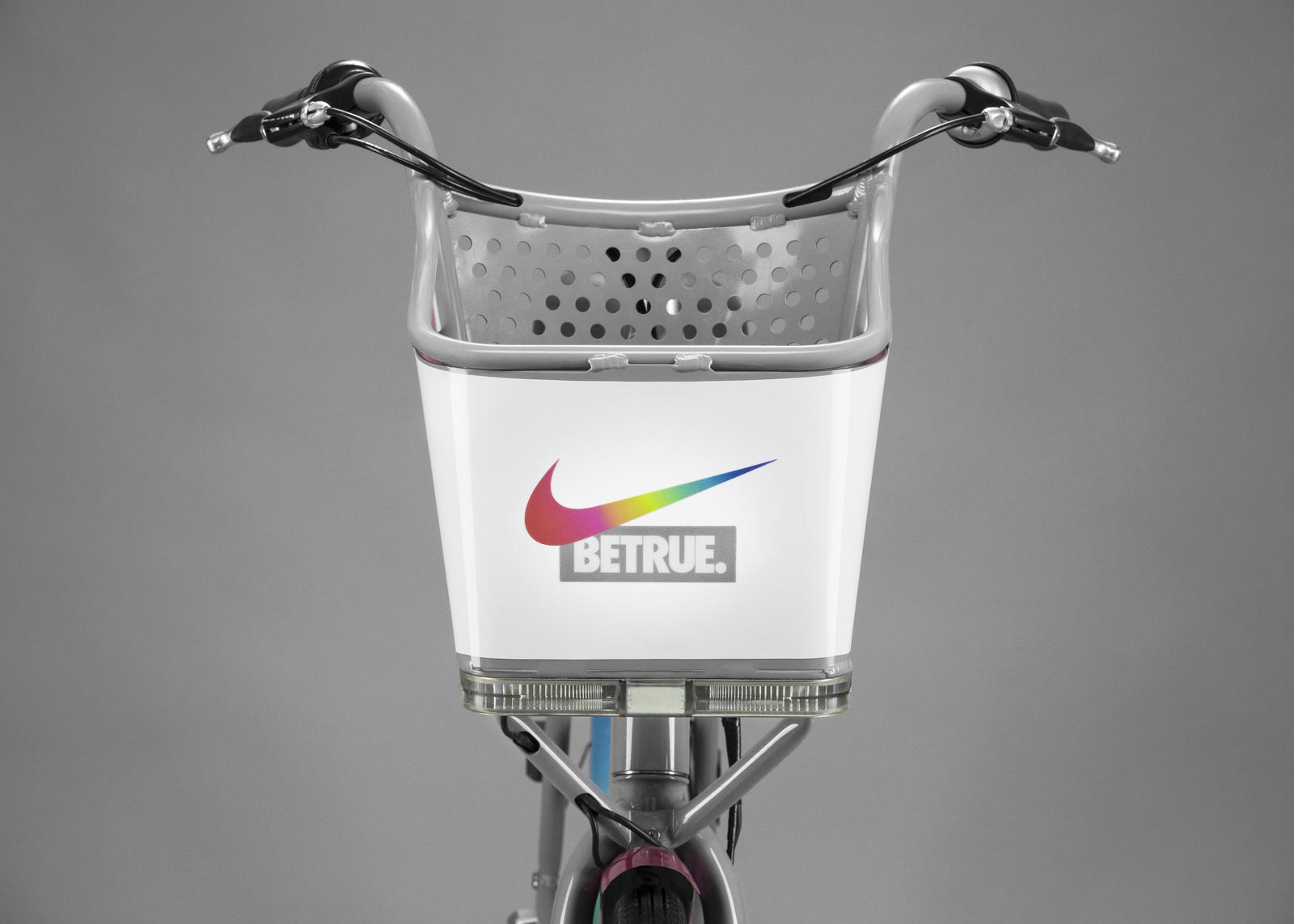 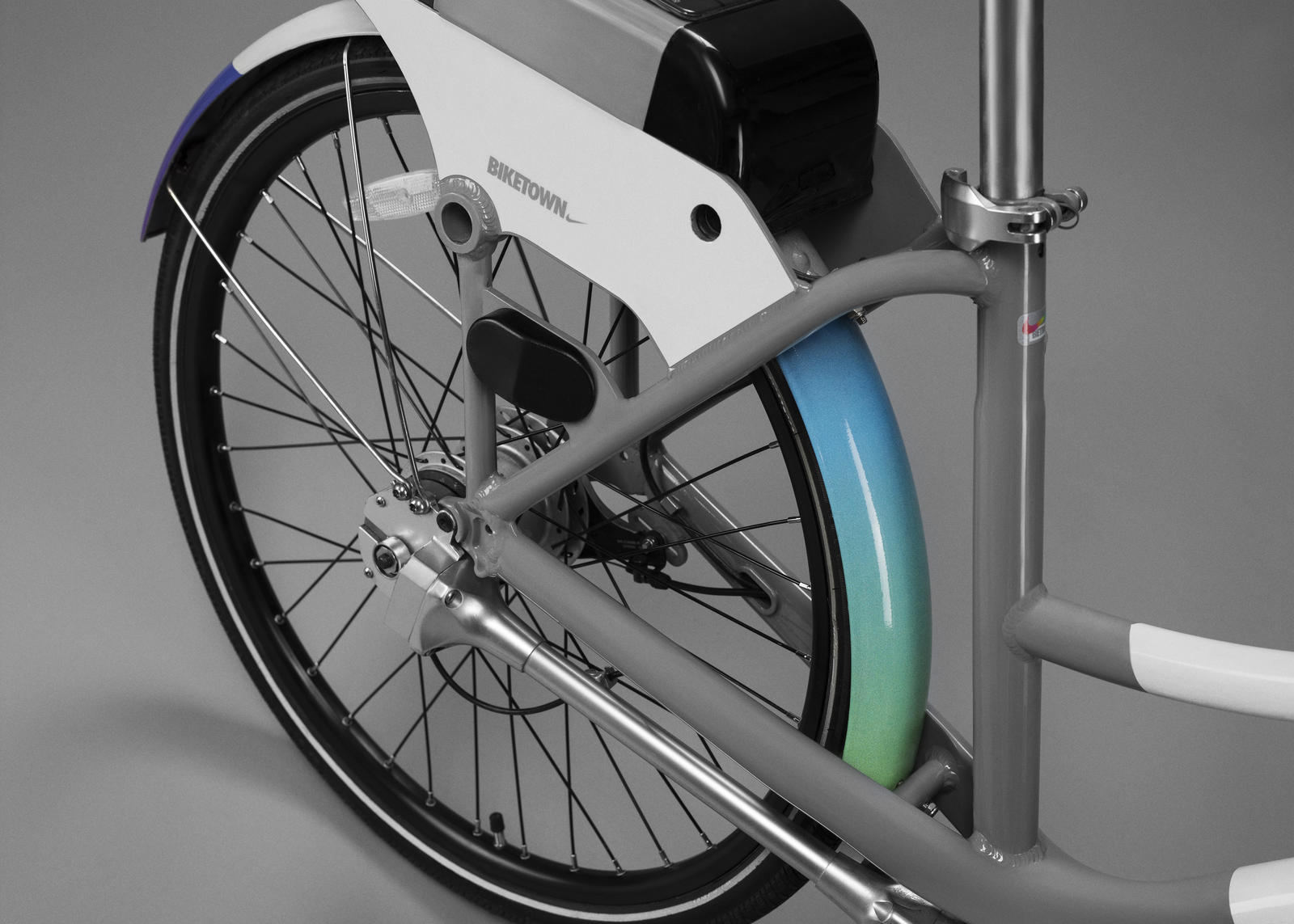 Nike is the Title Sponsor for BIKETOWN, the City of Portland bike share system that launched in July 2016. As a longtime partner with the City of Portland, BIKETOWN highlights the company’s commitment to make Portland an even more active, vibrant and innovative city. As part of this collaboration, Nike designed the innovative visual identity for the program’s standard bike, which is the highly identifiable shoebox orange that is synonymous with Nike. In addition, Nike oversees the design and branding of the system’s logo, stations and physical presence, plus the limited-edition bike wraps. Learn more here.

Nike believes in the power of sport to move the world and unleash human potential. However, the world is moving less and less, and today's generation of children is the least physically active ever. That’s why Nike works to get kids (ages 7-12) active early and for life, because active kids are happier, healthier and more successful. Together with its employees, partners, consumers and athletes, Nike also supports important causes which strengthen communities across the globe. Learn more.