Since its inception, the Nike Air Rift has transcended a singular space. The original 1996 design combined a sneaker with a sandal to form a disruptive shoe that drew performance insight from Kenyan distance runners, who were dominating the era’s competitions. These elite athletes traditionally trained barefoot in the country’s Great Rift Valley trench, a practice alluded to in the Air Rift’s signature split-toe, allowing for natural articulation between the wearer’s first and second toes. Its anatomical last also provided a stable platform that enabled a more natural stride while an Air-Sole heel unit delivered cushioning. 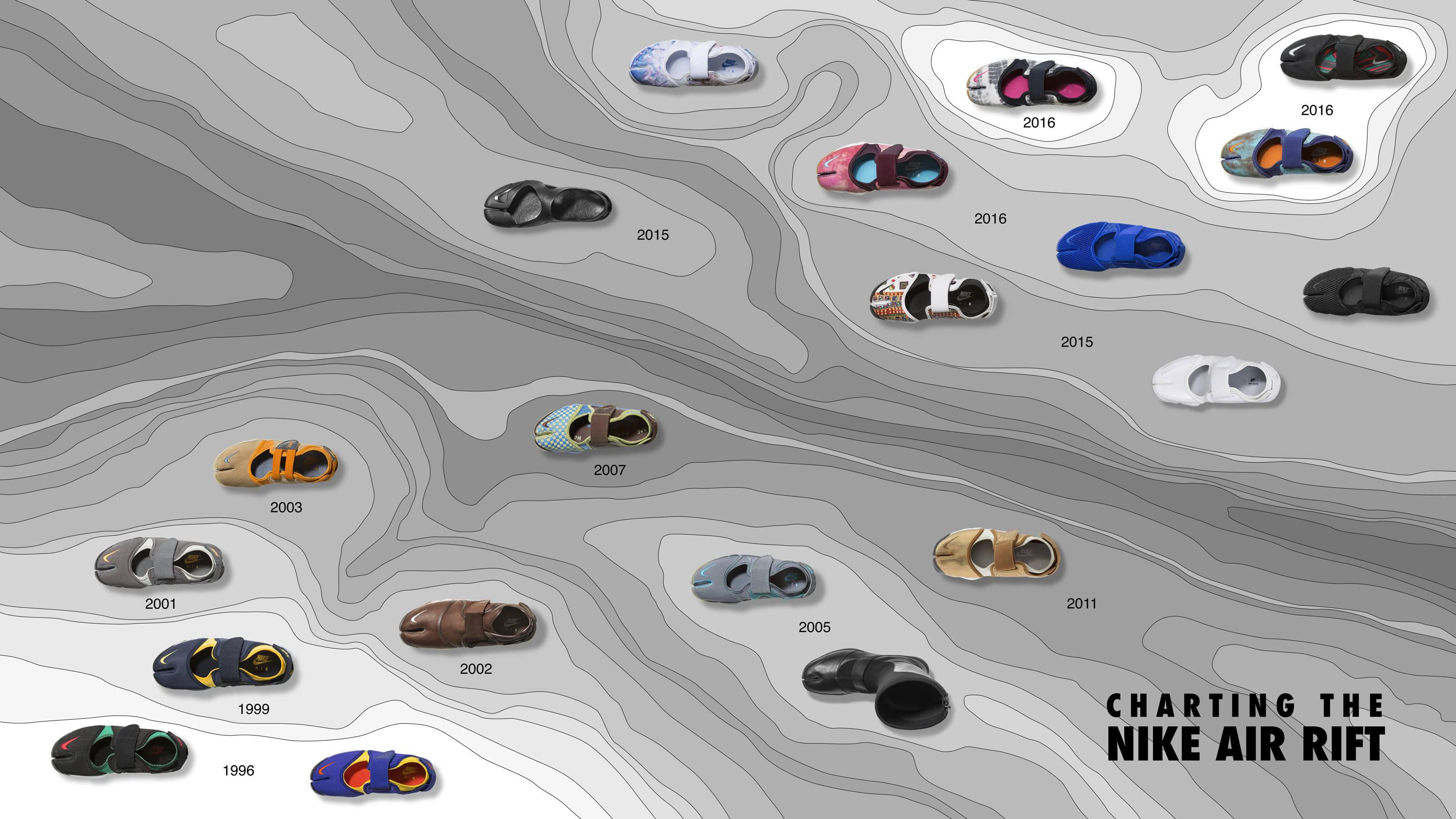 Over the ensuing years, the silhouette transformed from shocking to iconic and influenced future Nike designs, such as Nike Free. It also evolved its OG colorway — black, comet red and turf green, a nod to the Kenyan flag — to include a chromatic kaleidoscope of hues and materials. It has served as a canvas for everything from heritage Liberty prints to unique retail expressions to designer collaborations.

Now in its 20th year, the silhouette continues to mesmerize as it advances its legacy with new iterations, including the new Air Rift Breathe, which features an upper formed of breathable mesh ideal for summer’s heat. The shoe also continues to experiment with hues, introducing four colorways for men and four colorways for women. 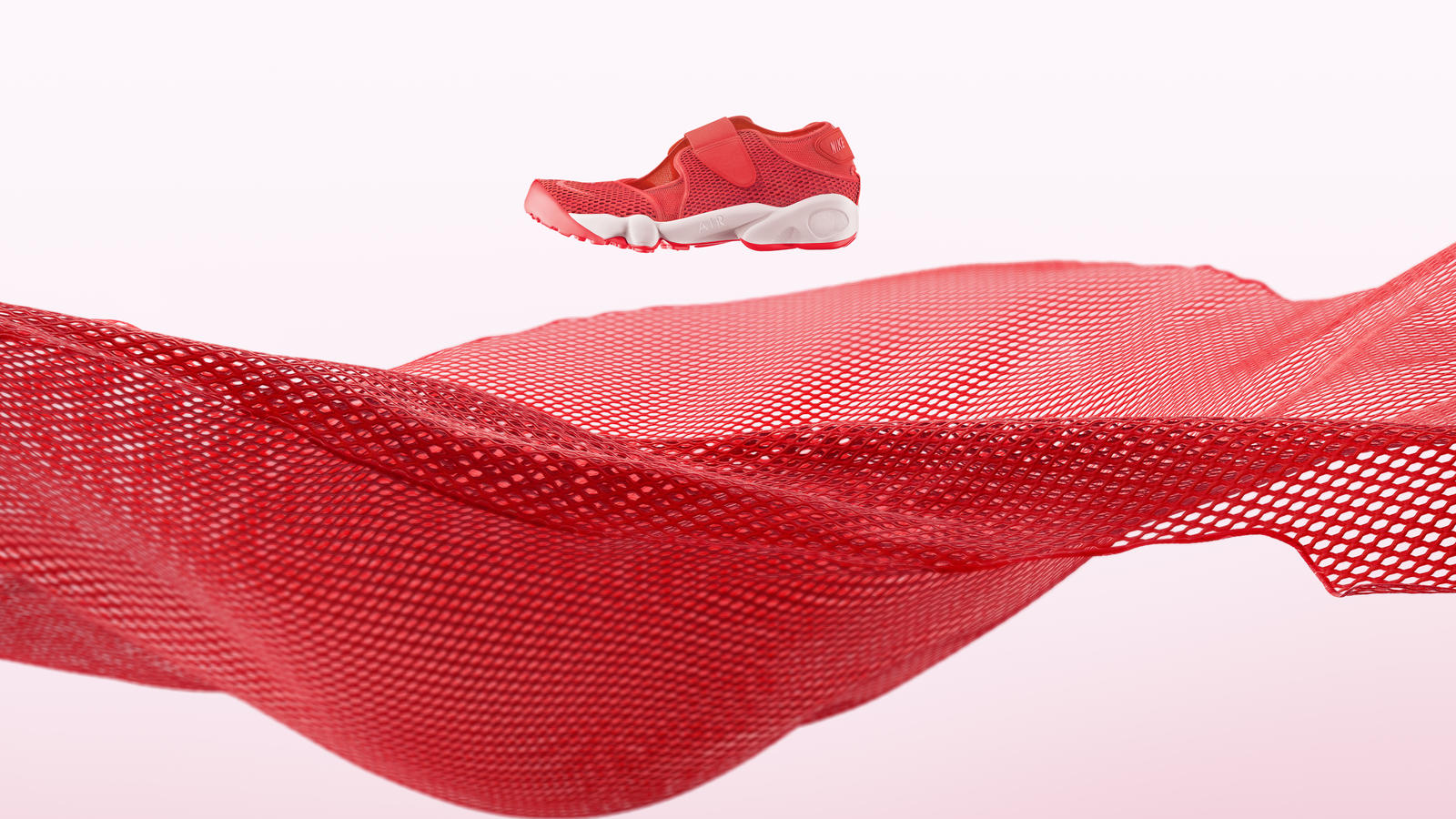 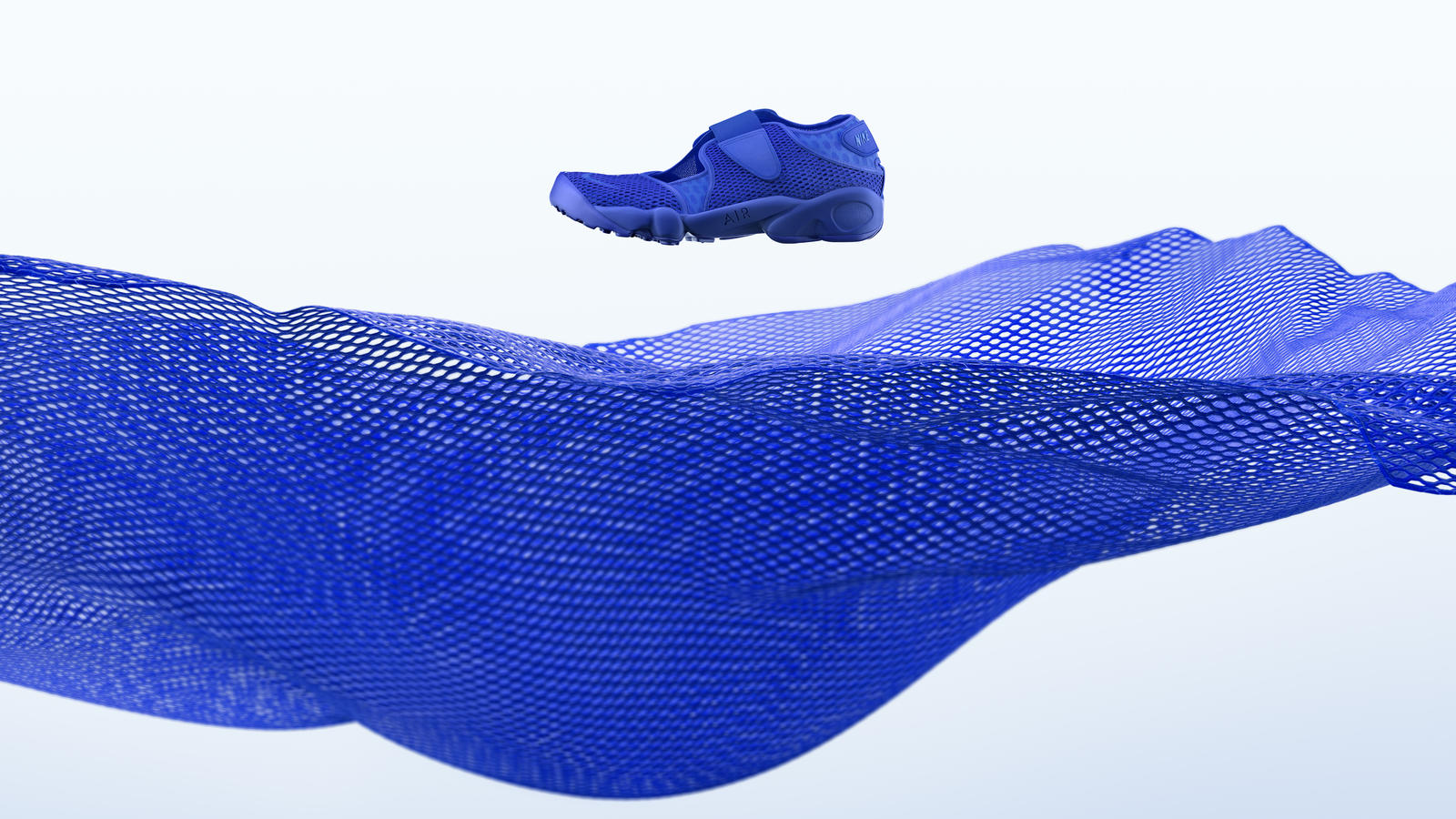