Better For It – Fueled by a Global Community

#betterforit is not just telling women to be better, Nike is powering them to be better through services, product innovation and athlete inspiration, motivating each other to push to the next level. 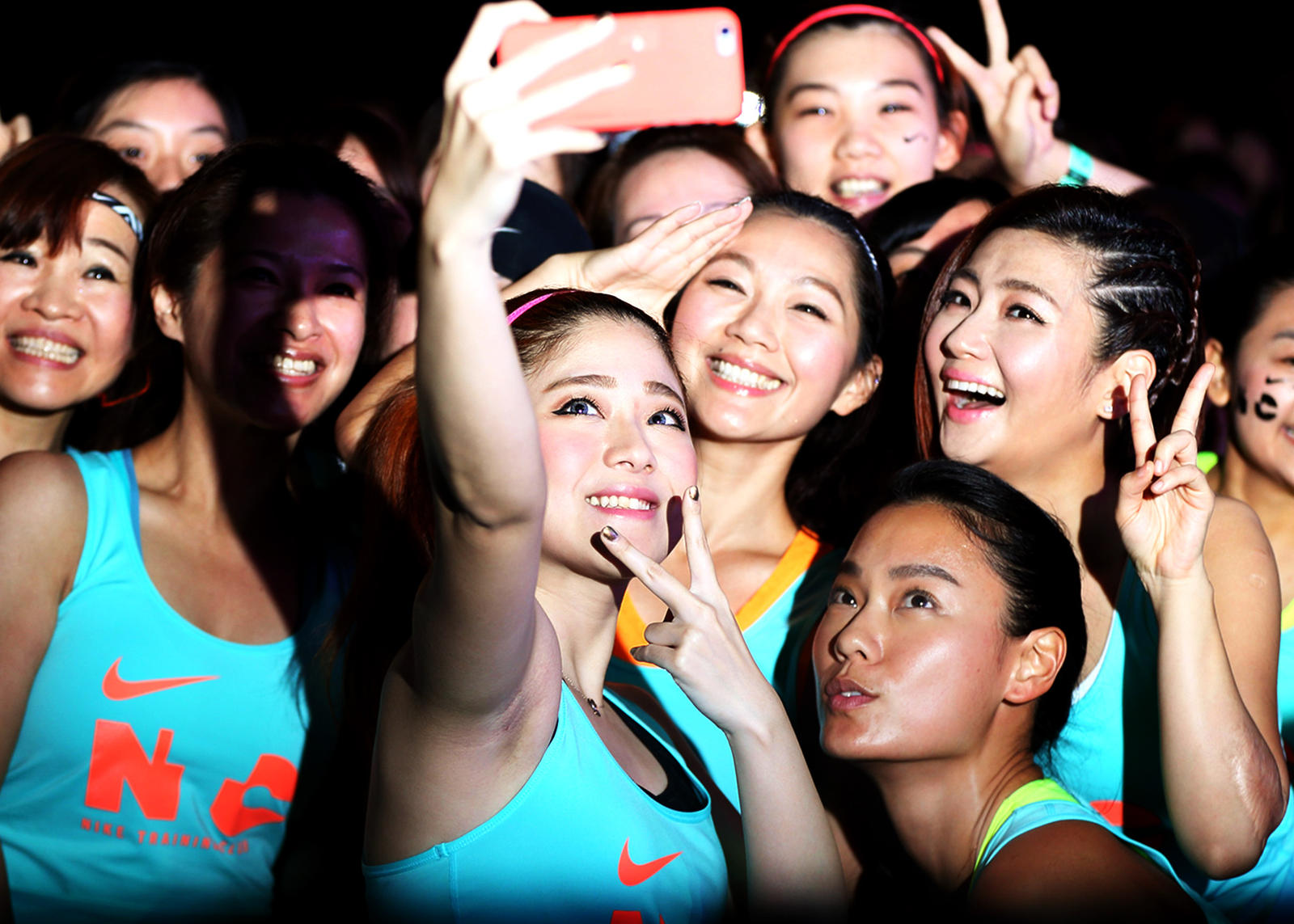 The Power of Community

As women across the globe embrace the fitness and sport lifestyle, Nike’s #betterforit initiative serves as a catalyst. Nike serves a global digital community of nearly 70 million women who look at the brand, Nike athletes, and to each other for support and inspiration through Facebook, Twitter, Instagram and other social platforms.

Two of the most powerful connections for athletes are the Nike+ Running App and Nike+ Training Club (N+TC) App. The Nike+ ecosystem has never been more popular, and #betterforit is already integrated into this digital community.  Whether a runner is a marathoner or a weekend jogger, the Nike+ Running App is a personalized way for her to train smarter, track and share runs and reach her goals. 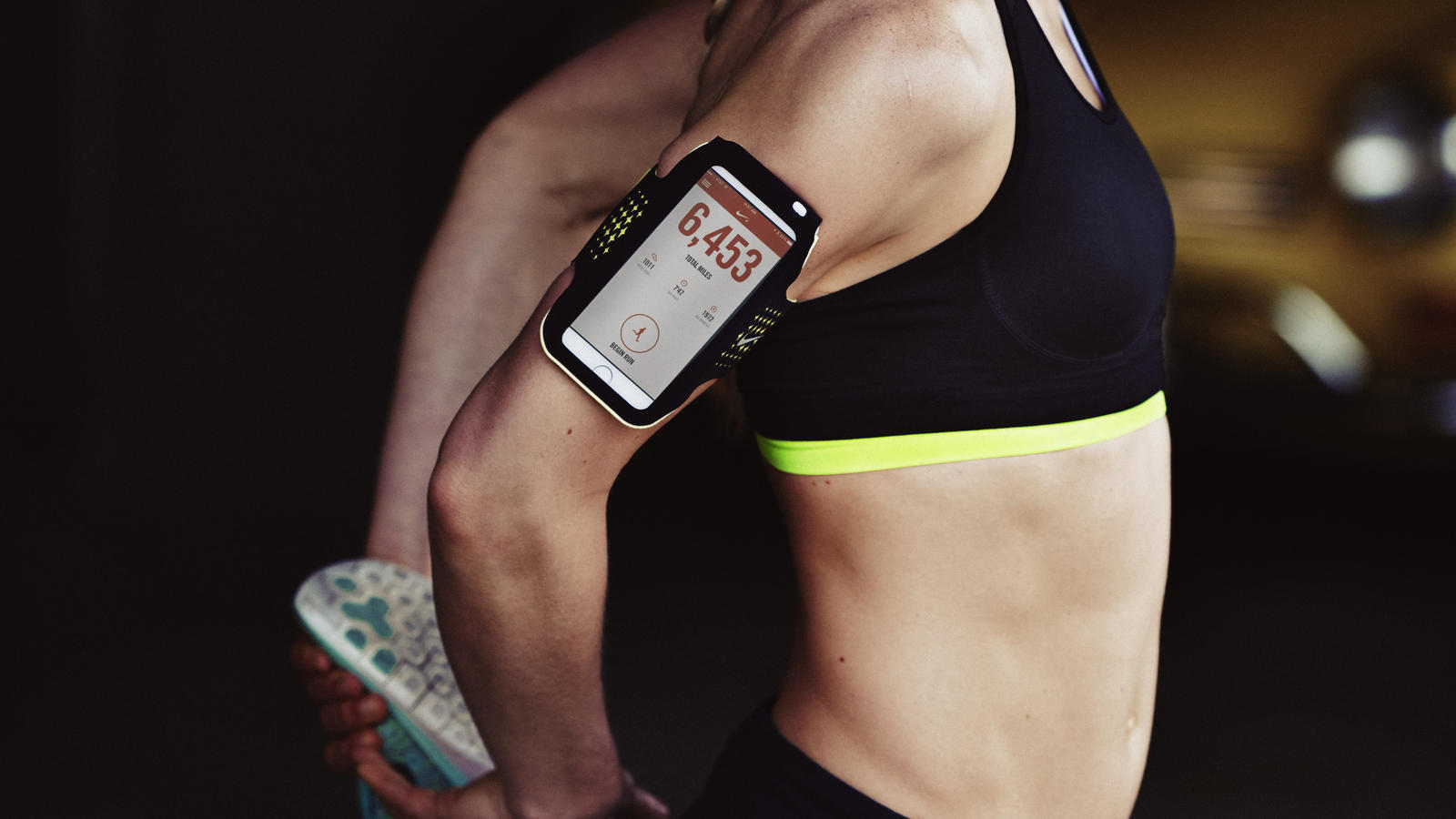 Data from the Nike+ Running community offers proof of the growth in women’s running around the world. In the past year, millions of female Nike+ runners collectively logged more than 50 million runs covering 170 million miles – a distance equal to circling the Earth more than 6,800 times. During that same timeframe, in North America, female runners outnumbered their male counterparts, accounting for 54% of people who logged a run. And globally, female Nike+ runners are growing at a faster pace than men, with the biggest increases coming from Europe and China. 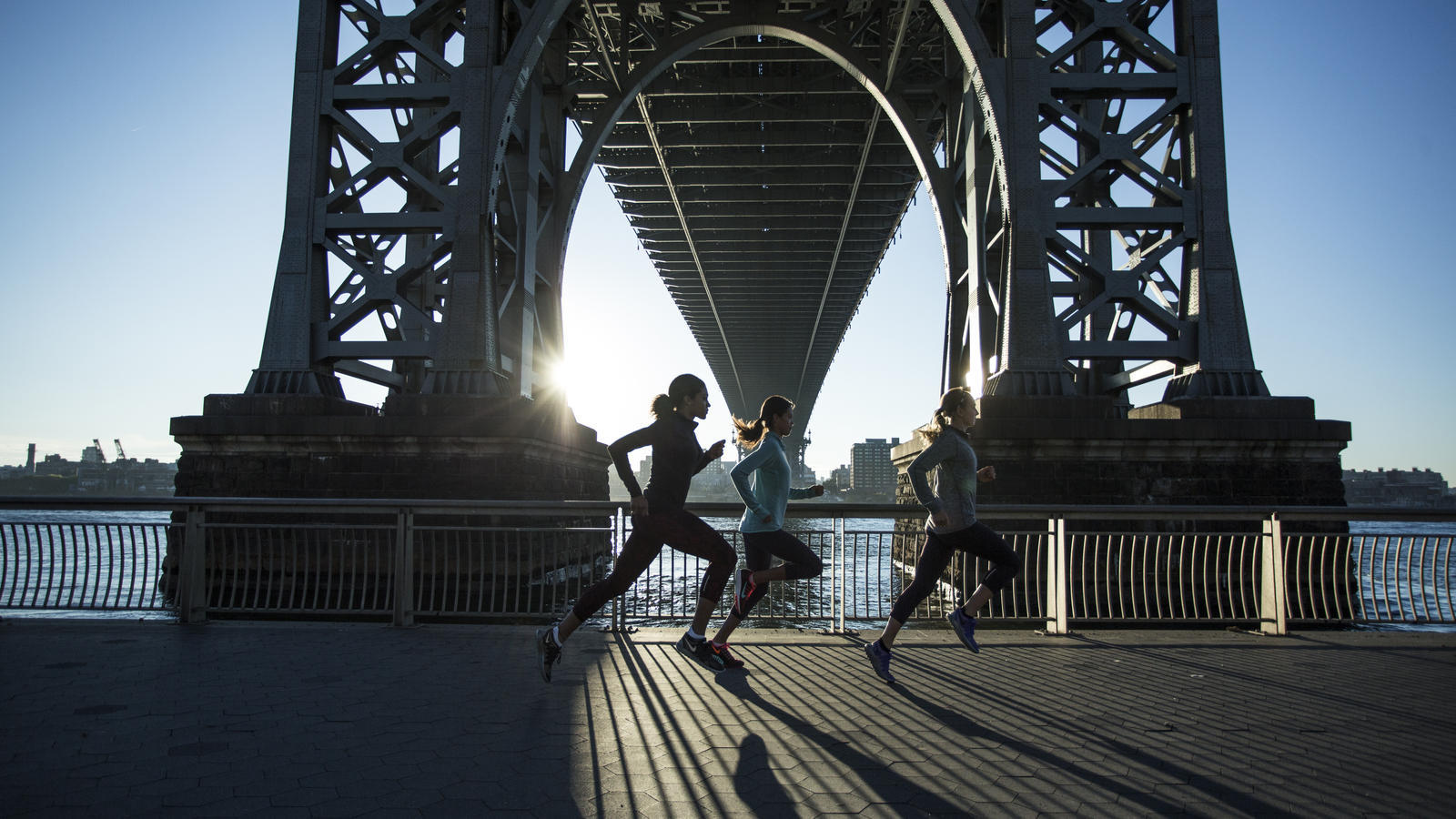 Nike+ Running members have access to live running experiences as well. Nike recently activated Nike+ Run Clubs in 20 cities around the world to provide runners of all levels with more comprehensive running programming and elite coaching. In addition, Nike continues to offer premium services like the Nike+ Run Analysis through its retail network in 45 cities around the world.

On the training side, the N+ Training Club (N+TC) App has added over 2 million downloads since the beginning of 2015, bringing total global downloads to over 19 million. N+TC features over 135 workouts that are refreshed monthly, to exercise anytime anywhere. The app also features the Sport Feed which enables users to share, connect with their community of friends, and get motivation and inspiration from their crew. With a growing global footprint the app is now available in 17 different languages. The markets citing the highest increase in usage over the past three months include Argentina, Brasil, Russia and South Korea, proof that the appetite for fitness is truly a global phenomenon. 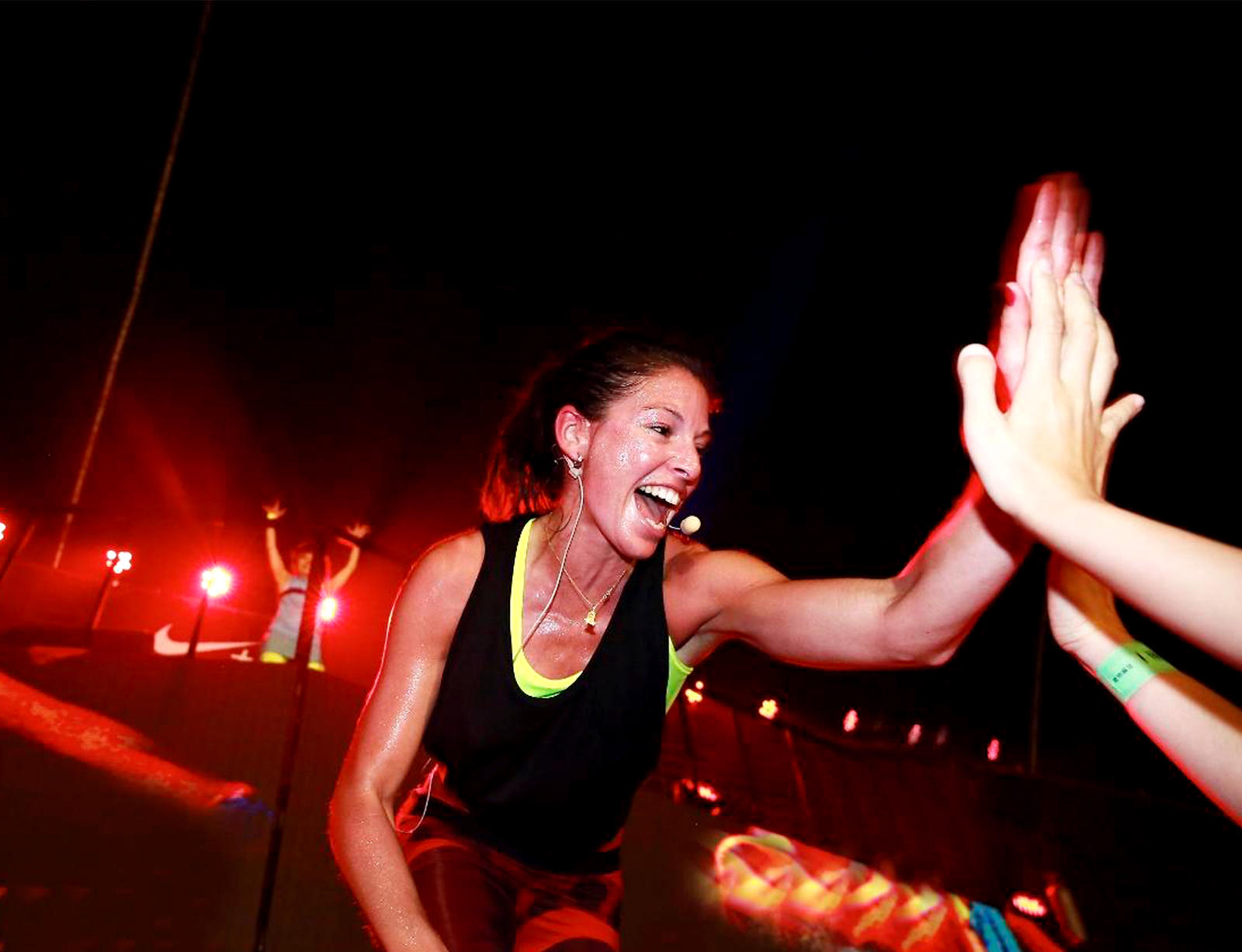 A key component of Nike’s growing N+TC community is the global network of over 600 trainers that design workouts, and inspire and motivate women through online and offline training experiences. Nike recently expanded the network to markets like Chile, Brasil, South Africa and Egypt, to connect locally and enable women who to be more active.

90-Day Better For It Challenge

To help motivate athletes around the world in their own #betterforit challenges, Nike recently launched the Nike+ Training Club 90-Day Better For It Challenge. The three-month challenge combines workouts from the Nike+ Training Club App and Nike+ Running App into a complete fitness program designed to increase endurance, build strength and get athletes of any level fitter and faster. As part of the program, U.S. Women’s National Team soccer stars Christen Press, Ali Krieger and Carli Lloyd will each introduce an N+TC App workout; the first, Press’s Goal Getter Workout, is available now on the app. 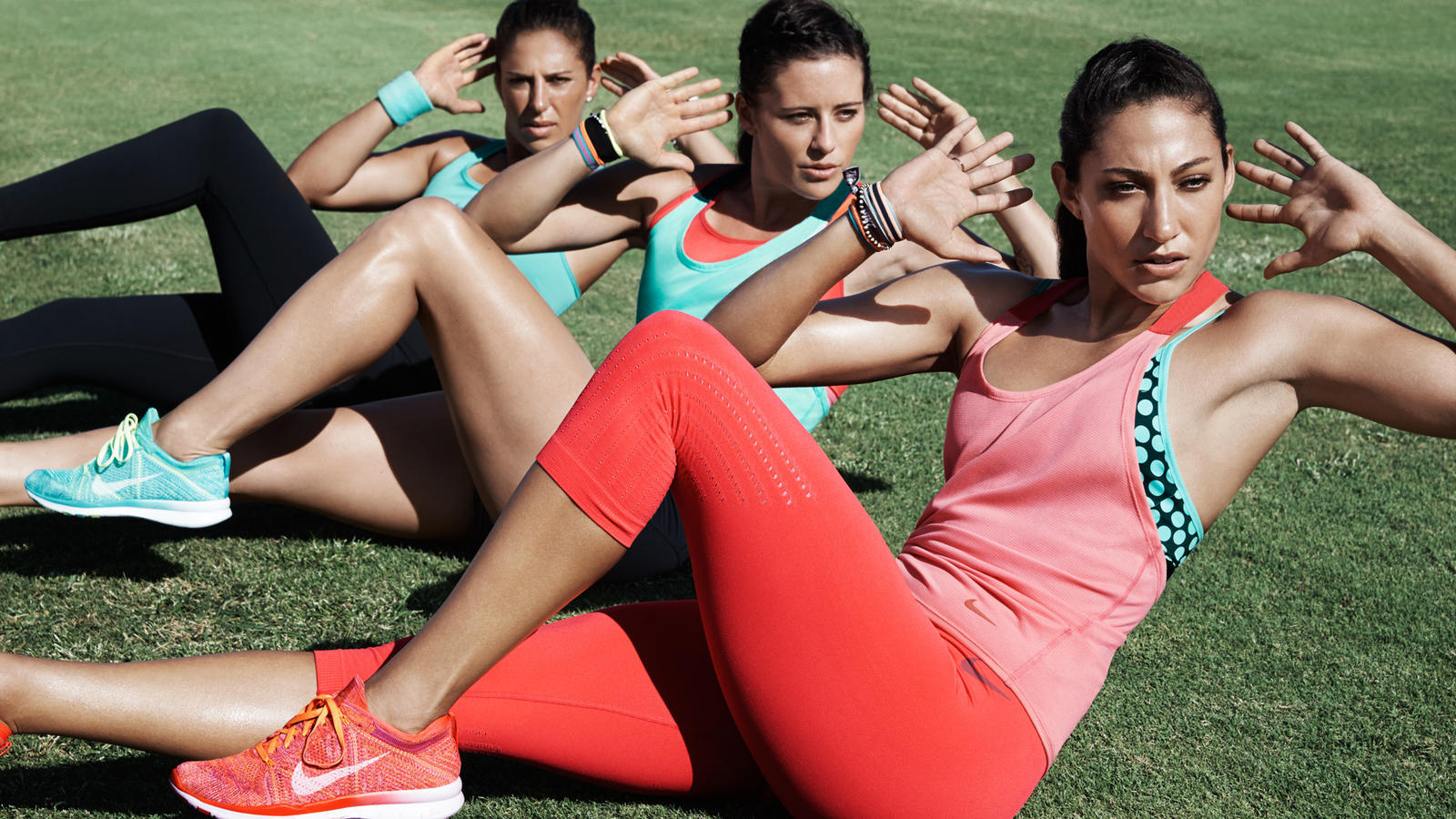 Bringing Sport Around the World

This spring and summer, more than 200,000 women in 25 cities are participating in the Nike Women’s Event Series. Designed to power women to be better through sport, the series includes the Nike Women’s Race Series, with runs ranging from 5k to half marathon, and the N+TC Tour, a five-hour training challenge hosted by elite athletes and master trainers. 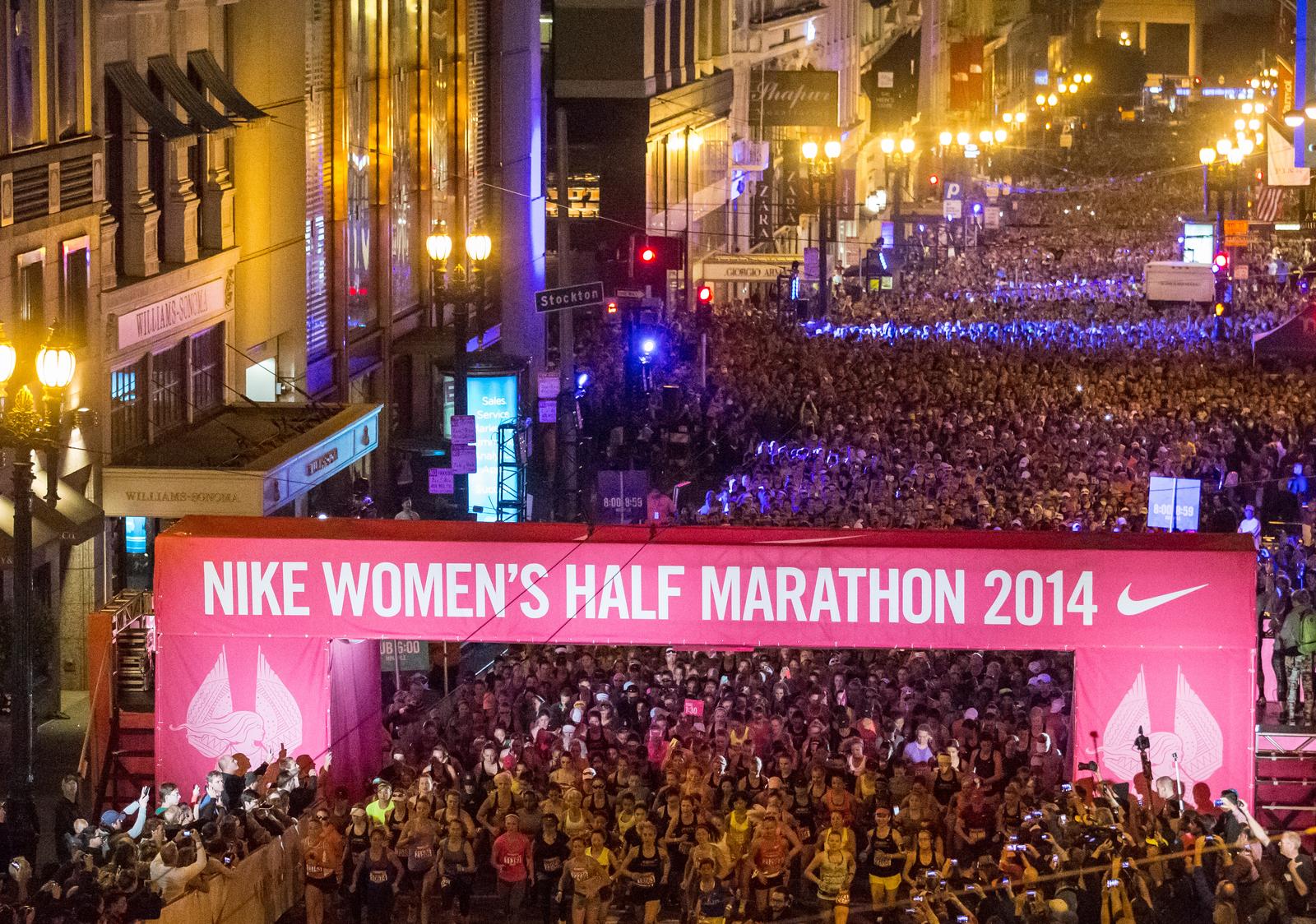 The Nagoya Women’s Marathon kicked off the Nike Women’s Race Series on March 8. The race now holds the record for the largest women’s marathon in the world, with over 17,000 participants crossing the finish line in 2015. A few weeks later, Hong Kong hosted its first ever womens only race – a 10k that sold out in 30 minutes – and there are 17 additional cities with races scheduled in Mexico City, Toronto, London and Stockholm. 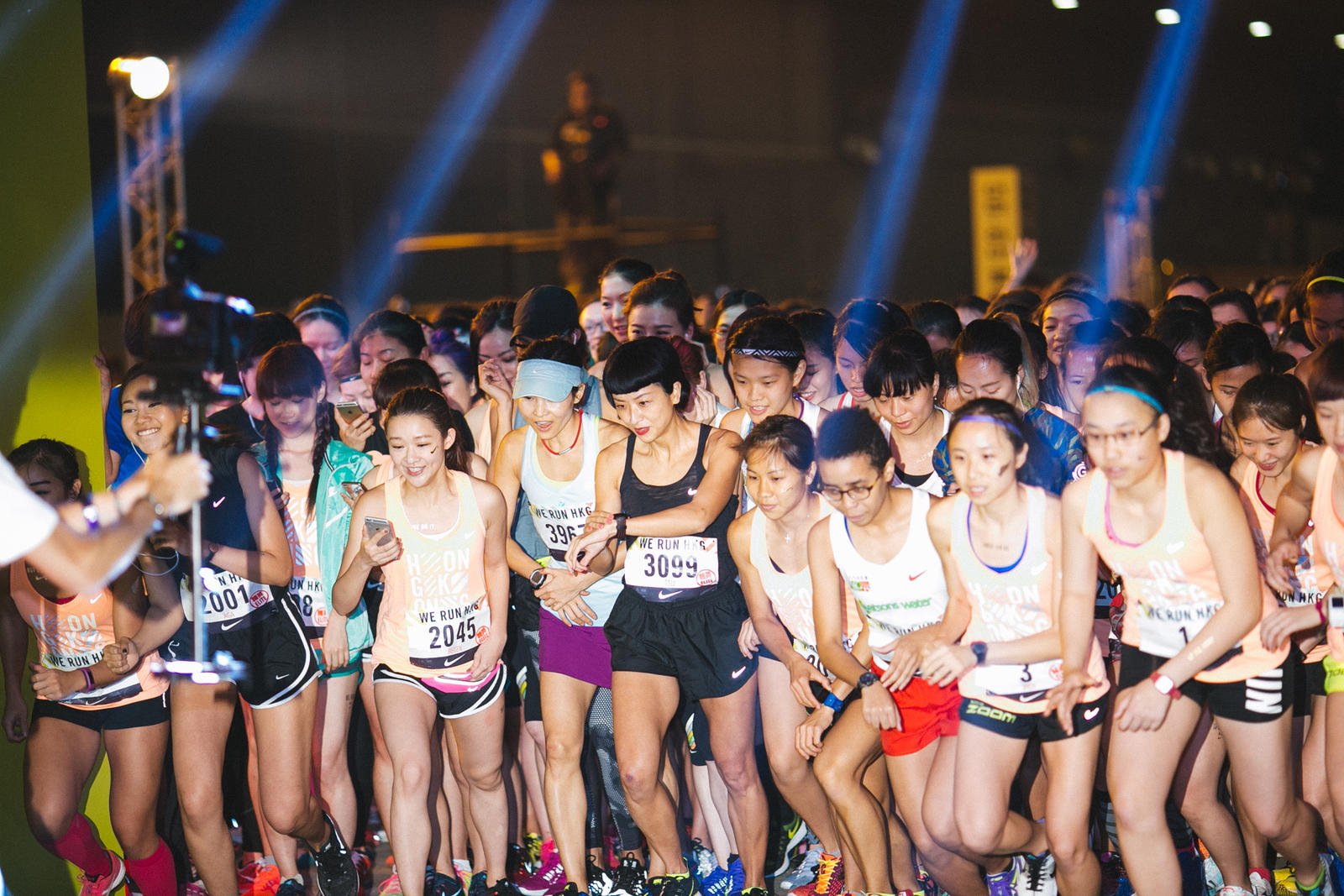 N+TC Tour: From Shanghai To Stockholm

N+TC Tour officially kicked off in Shanghai on March 8 and has since completed its first-ever Greater China tour, connecting with over 8,000 women across 4 cities. Two-time tennis Grand Slam winner Li Na joined over 1,000 young women for the inaugural Shanghai N+TC Tour celebration and is joining the #betterforit call to action this spring with her own story. 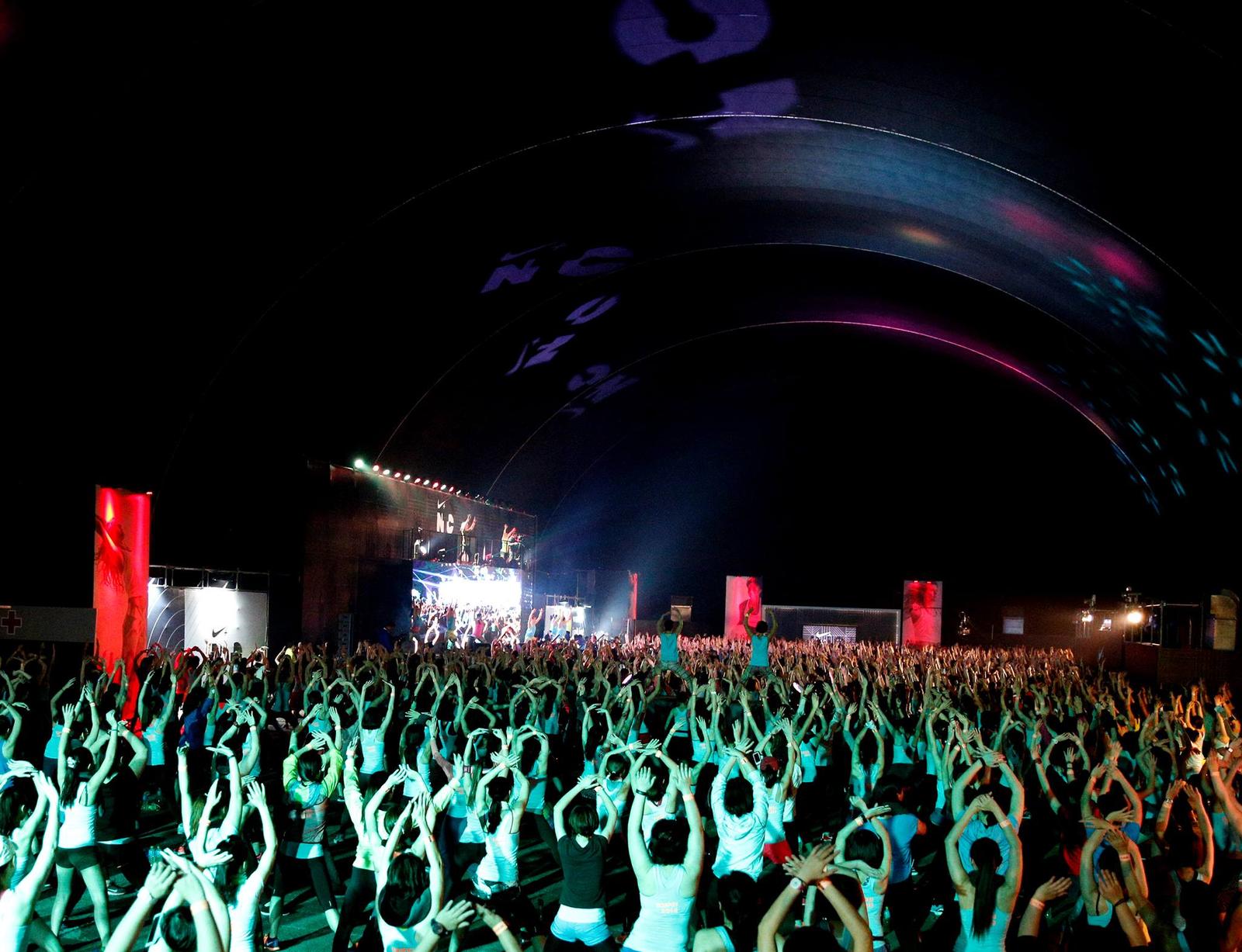 "Sport has truly changed me, and made me a better person,” says Na. “I believe as long as there is a strong will, there is a breakthrough. “You should always dare to raise your bar. Once your dream comes true, you push forward to the next one.  We don’t just dream once in our lifetime.“ 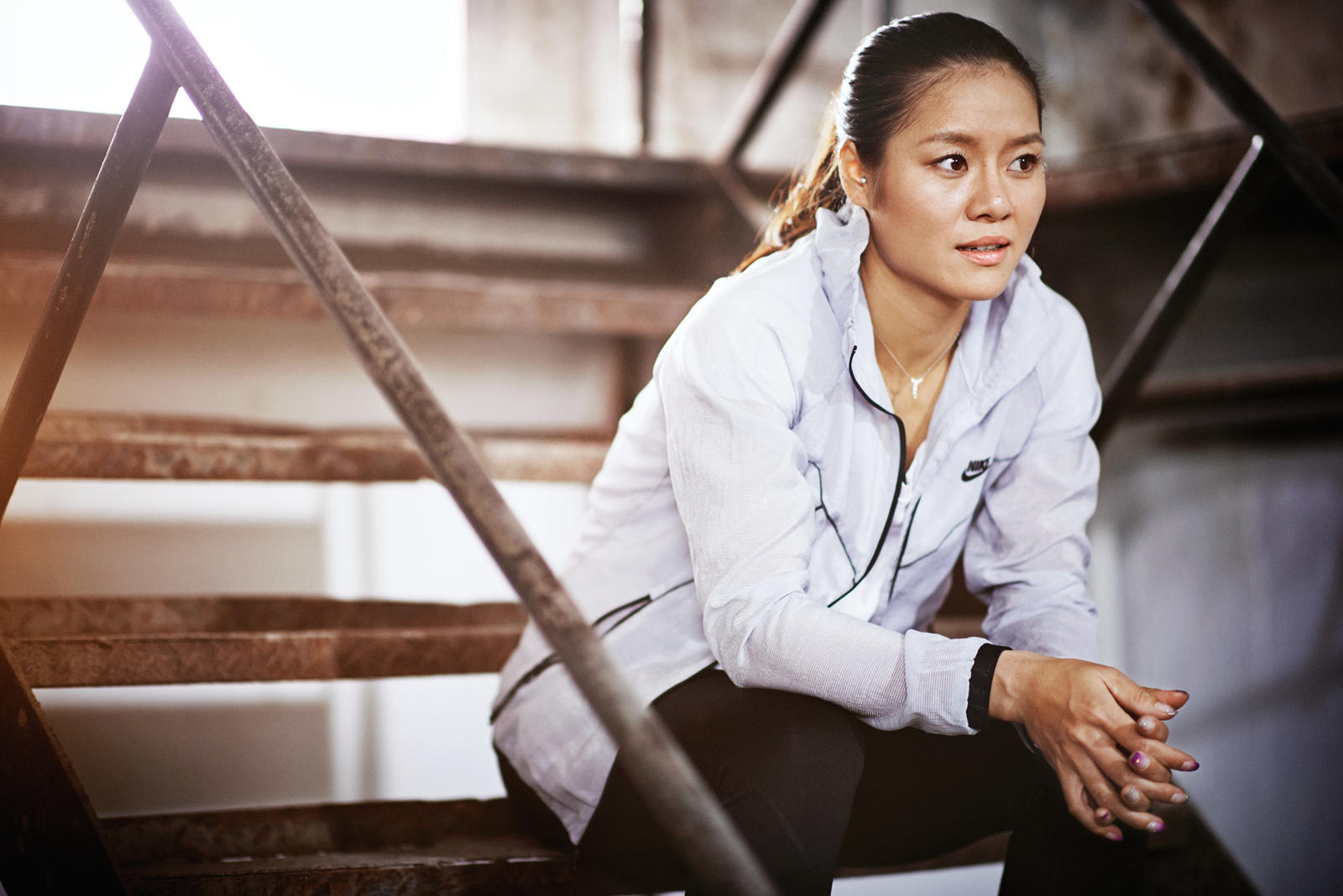 Before traveling onward to Latin America, Europe and the Middle East, N+TC Tour makes it next stop in L.A. on April 25 where 2,000 women will participate in an epic workout that will put their #betterforit journey to the test. The workout experience will be hosted by skateboarder Leticia Bufoni, paratriathlete Sarah Reinertsen and basketball player Elena Delle Donne, along with global entertainer and award-winning artist Ellie Goulding. 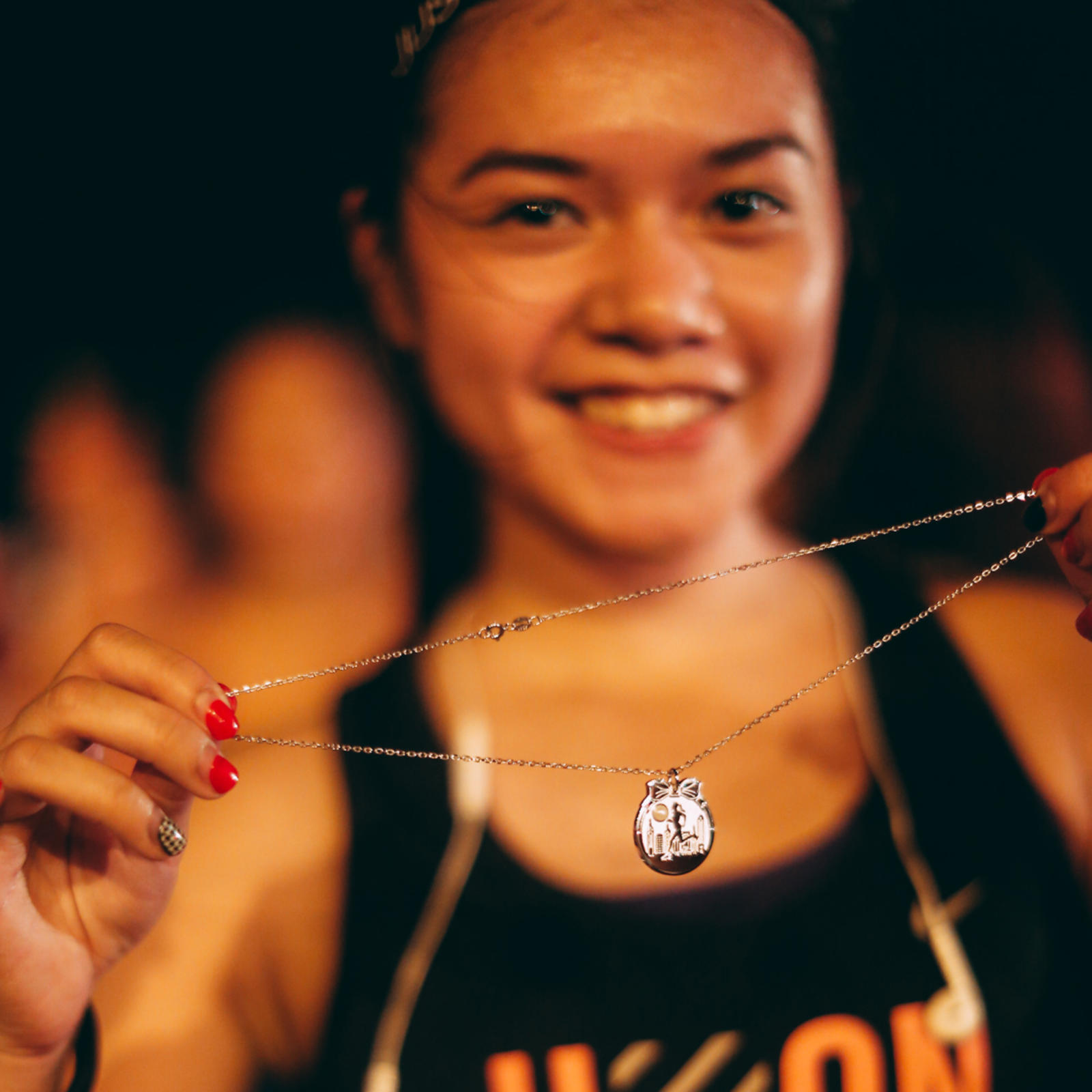 These events aid the women’s sport movement to grow and evolve, both as women bond with one another and as Nike brings sport and fitness lifestyle to new places.  Look for more #betterforit events and activities this spring and summer as more women connect, inspire and embark on their next challenge.