Nike and FC Barcelona have partnered since 1998, a 20-year period that has been a golden era of success for the club — 10 Spanish league titles, four continental crowns and a host of other silverware. To mark the relationship's 20th anniversary, Nike is releasing a commemorative jersey featuring a stylish mash-up of every home shirt of the last two decades.

The limited-edition jersey, which will not be worn on pitch, fuses numerous iterations of the club’s famous stripes on the front, back and sleeves to evoke memories of the team’s many triumphs, nostalgia about legendary players and provide snapshots of iconic kits.

“This idea really came out of the blue," says Pete Hoppins, Nike Football Apparel Senior Design Director. "We wanted to do something different to celebrate the 20th anniversary. The main challenge was ensuring all the previous shirts were represented, but also that each one was carefully placed. We had to be mindful of the overall design, rather than just placing each one anywhere on the garment."

Barcelona’s 2018-19 season kit is inspired by their special relationship with the people they represent and features 10 vertical stripes on the shirt — one for each of the main districts of the city. This theme follows the "Ball Makes Us More" campaign, developed in association with Nike and launched last March, which celebrates the club’s place at the heart of the Catalan community and in the soul of the city. 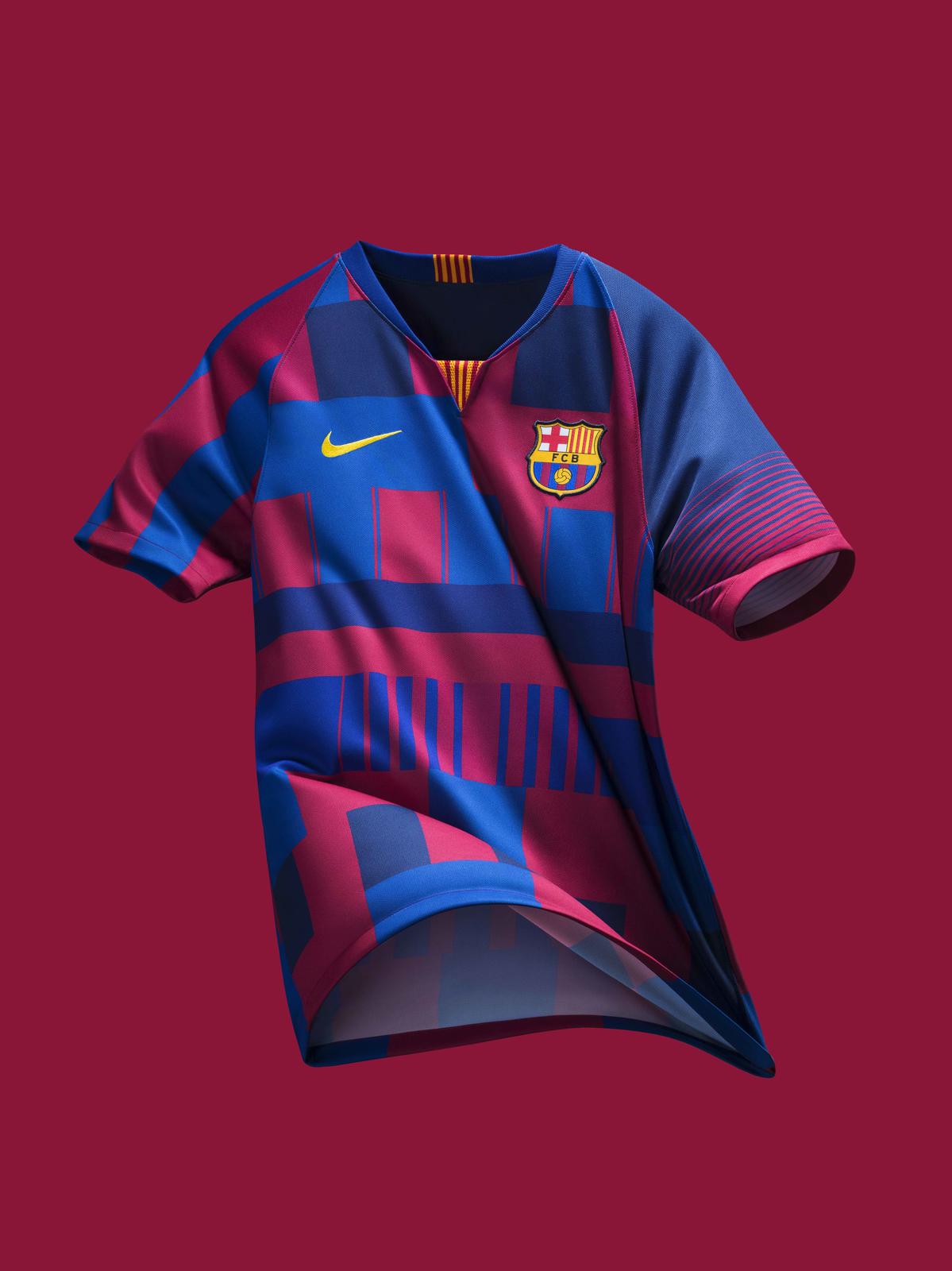 “FC Barcelona is the biggest club in the world and we are extremely proud to have been working with them for 20 years," says Hoppins. "The history, reach and global fan base makes it a special club to collaborate with and we consider it an honor."

The Barça x Nike 20th Anniversary Jersey will be available November 21 on nike.com and at select retailers.