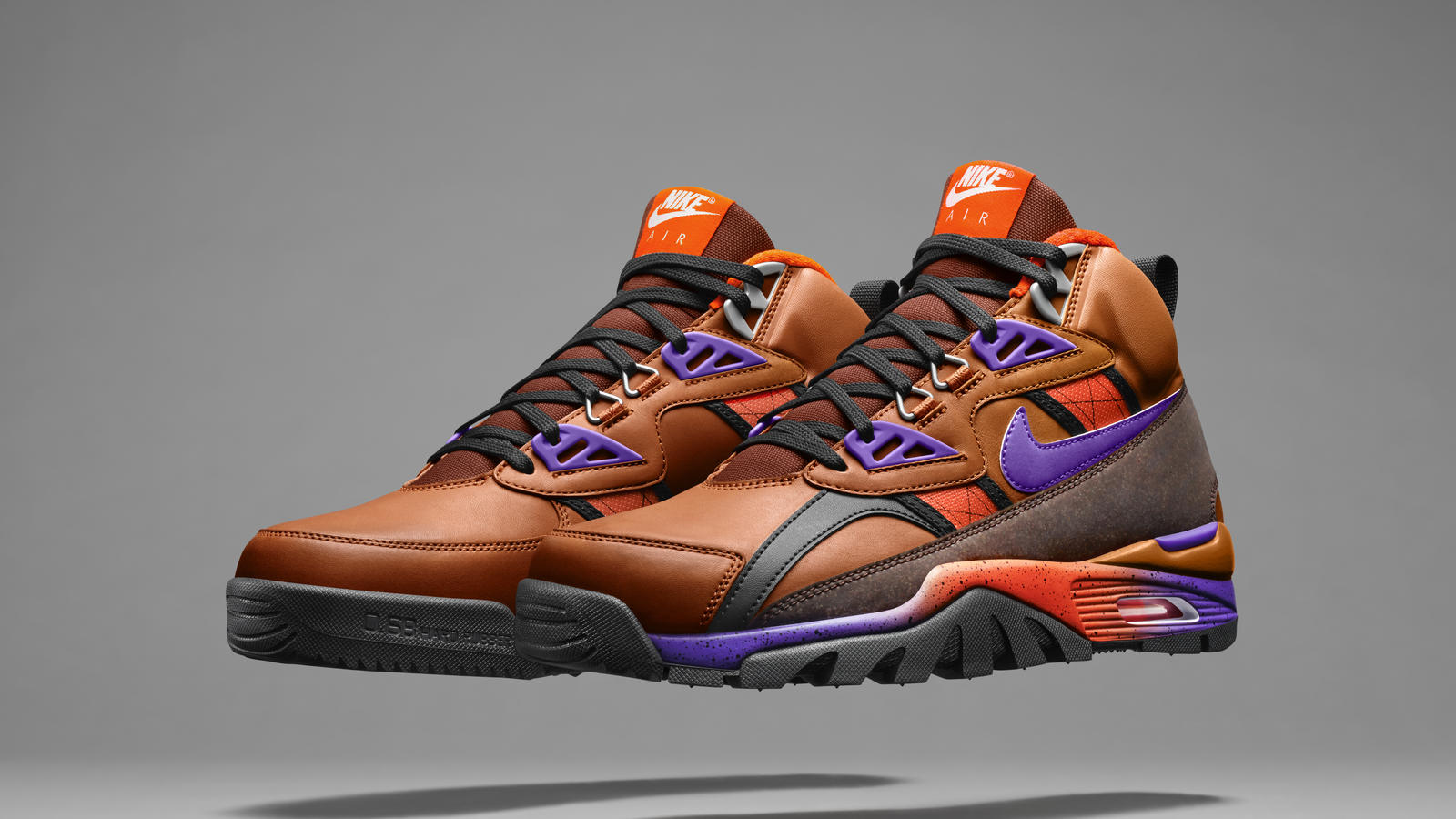 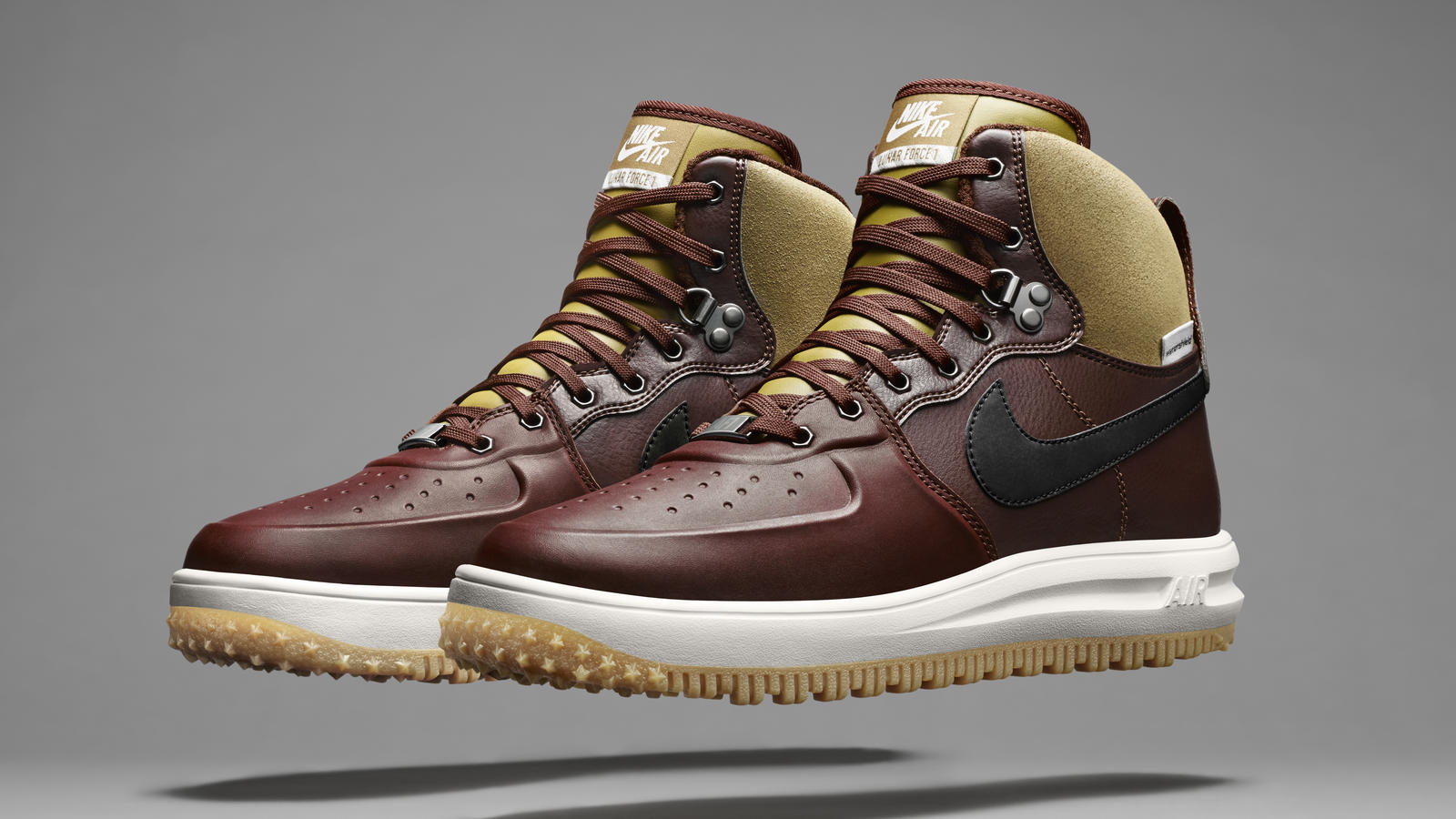 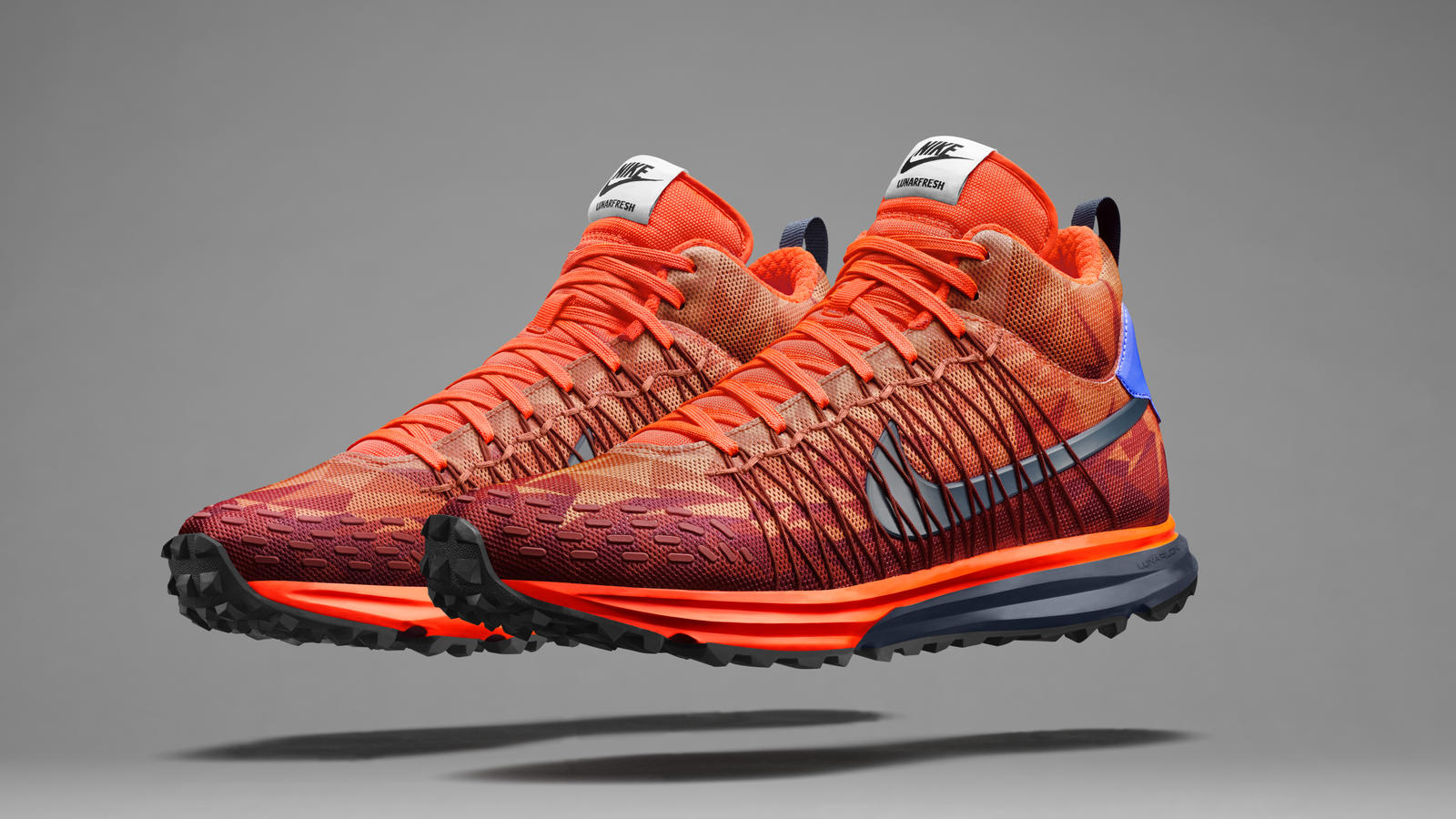 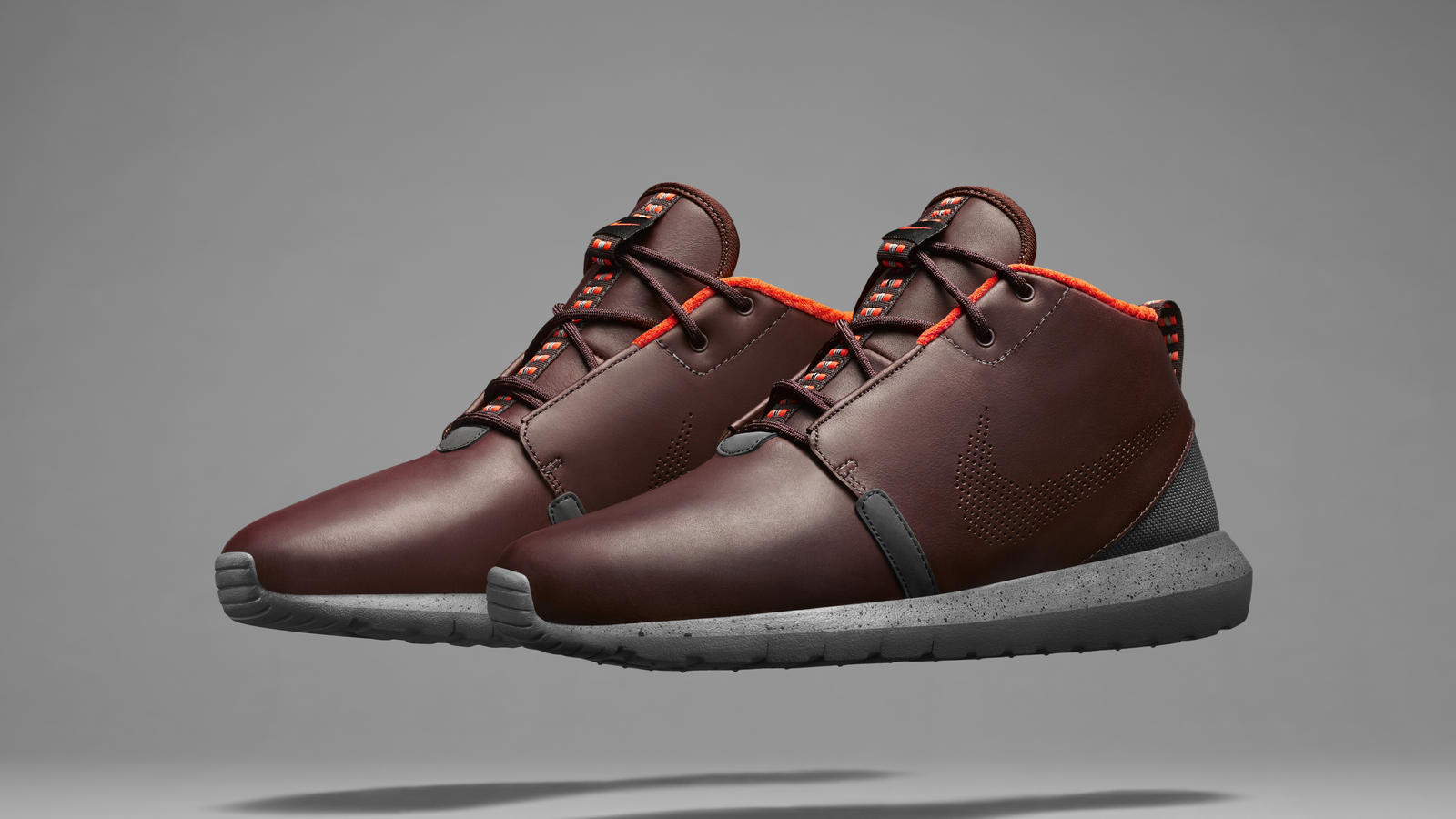 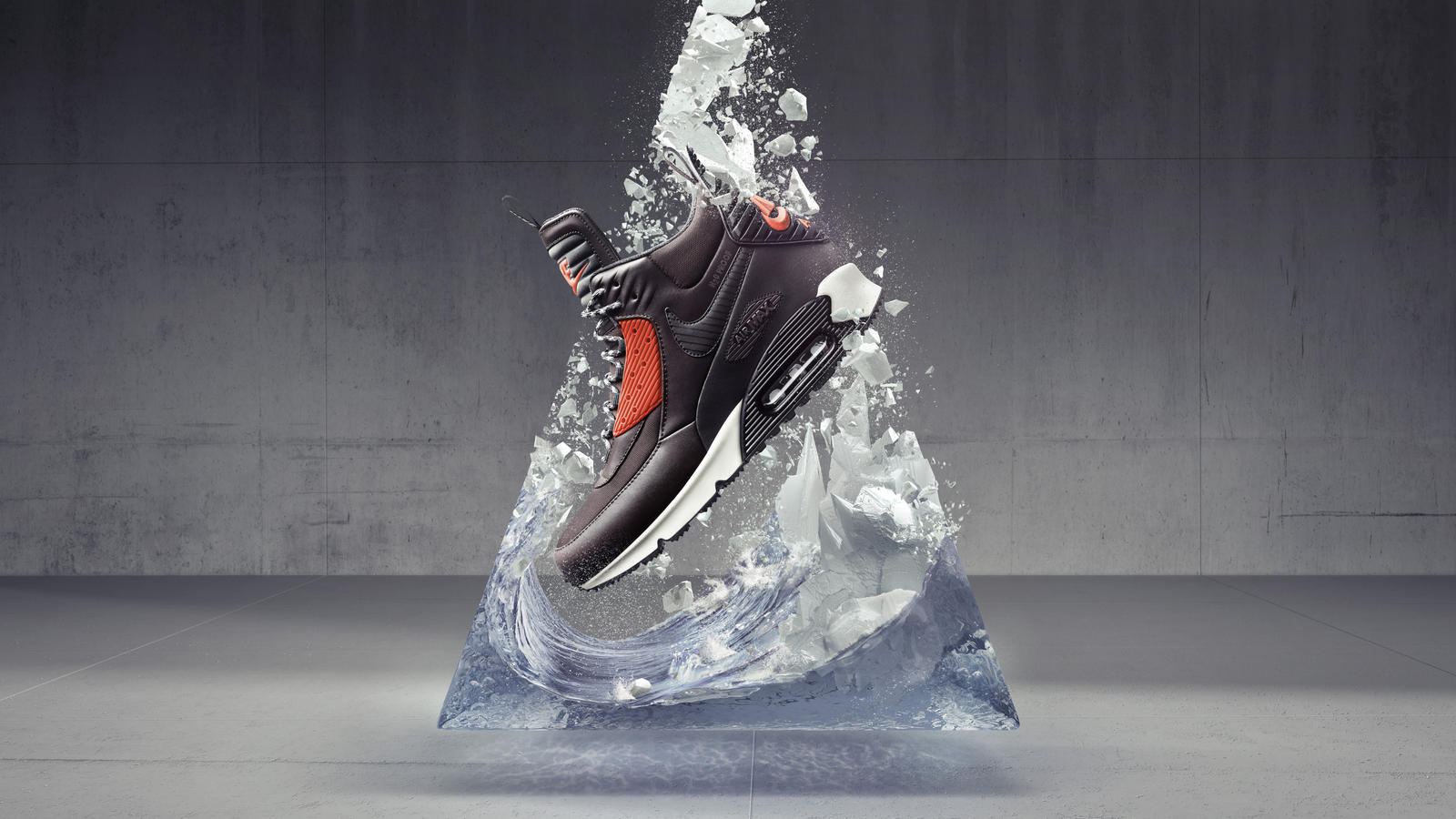 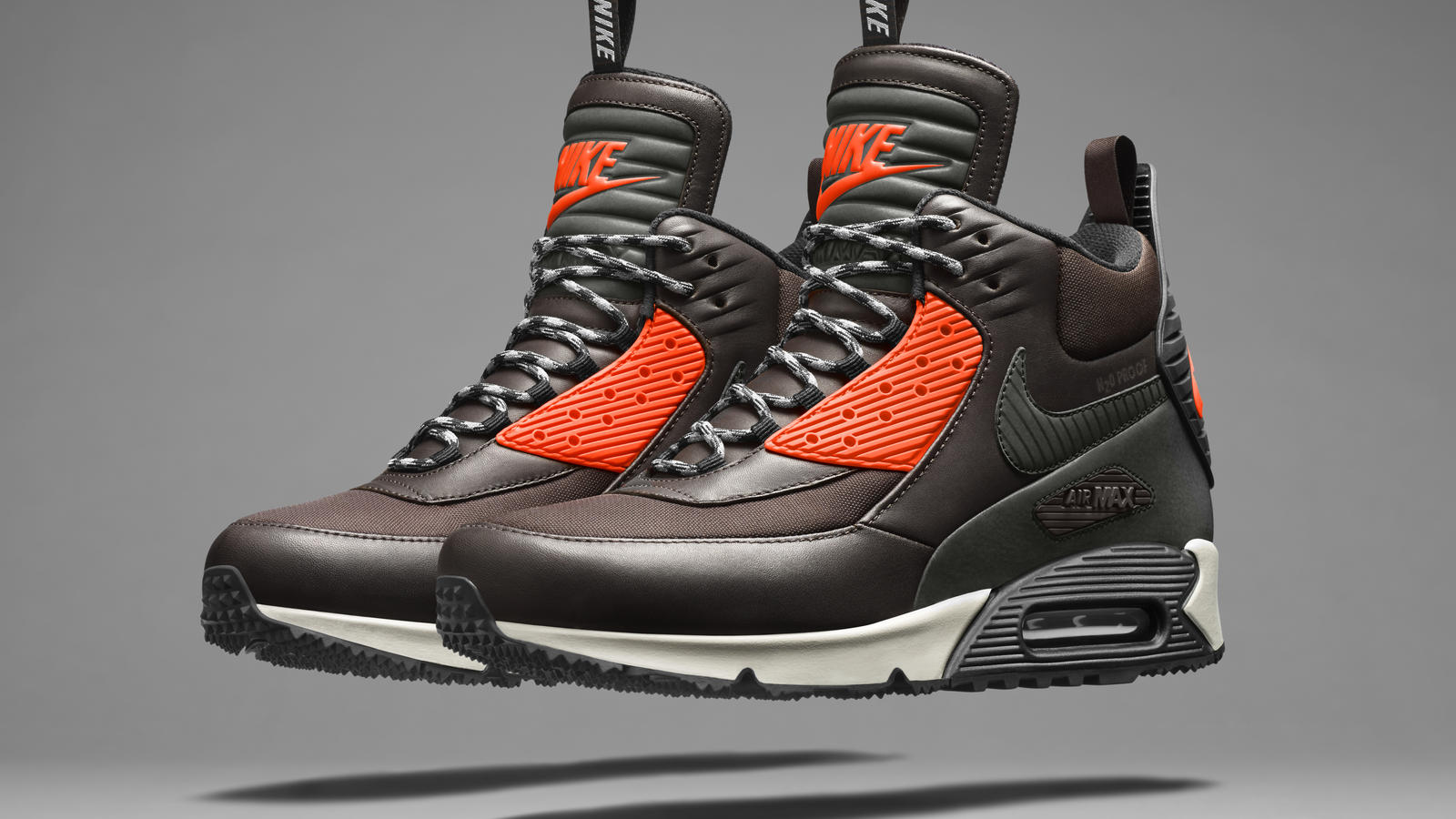 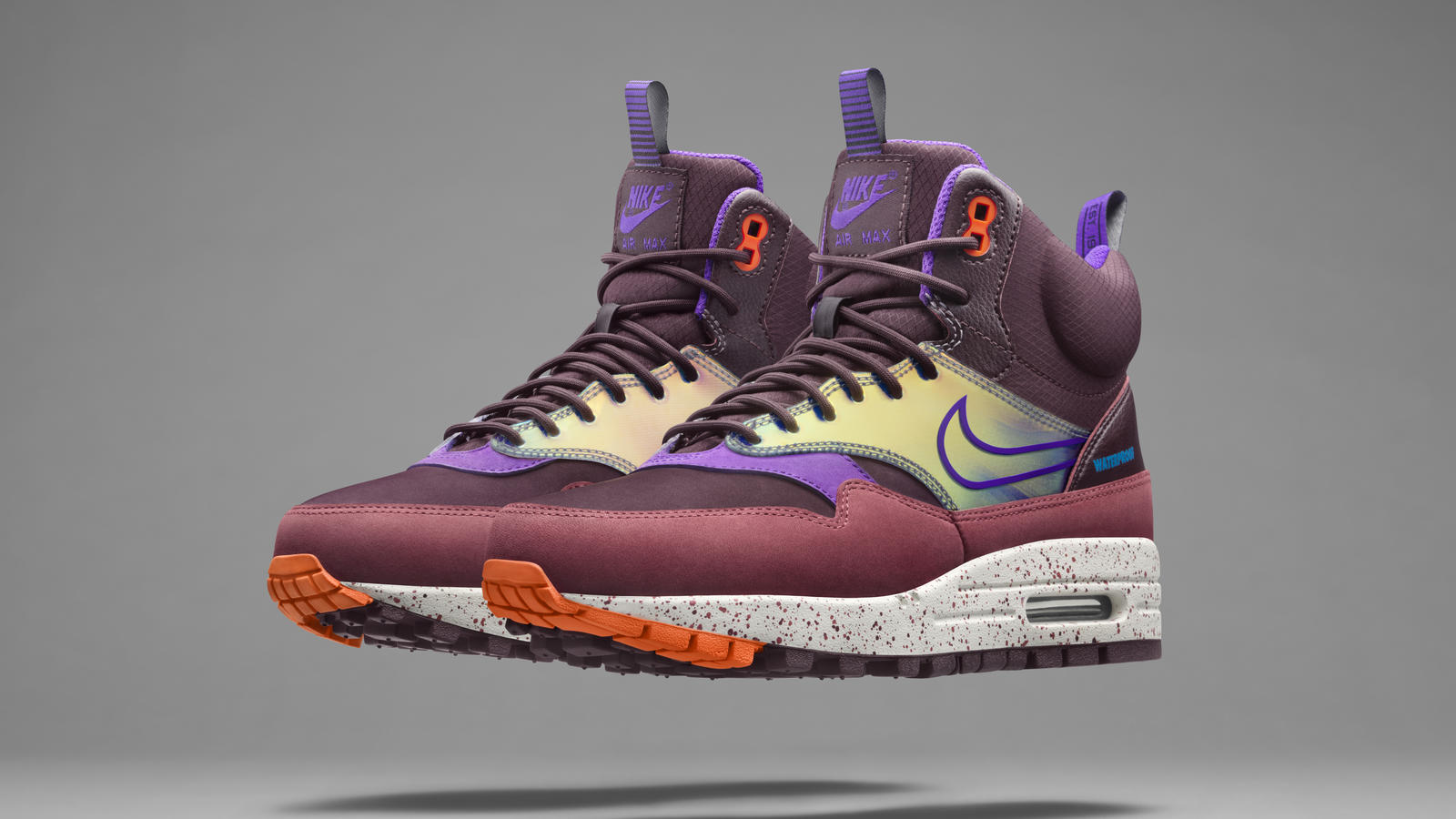 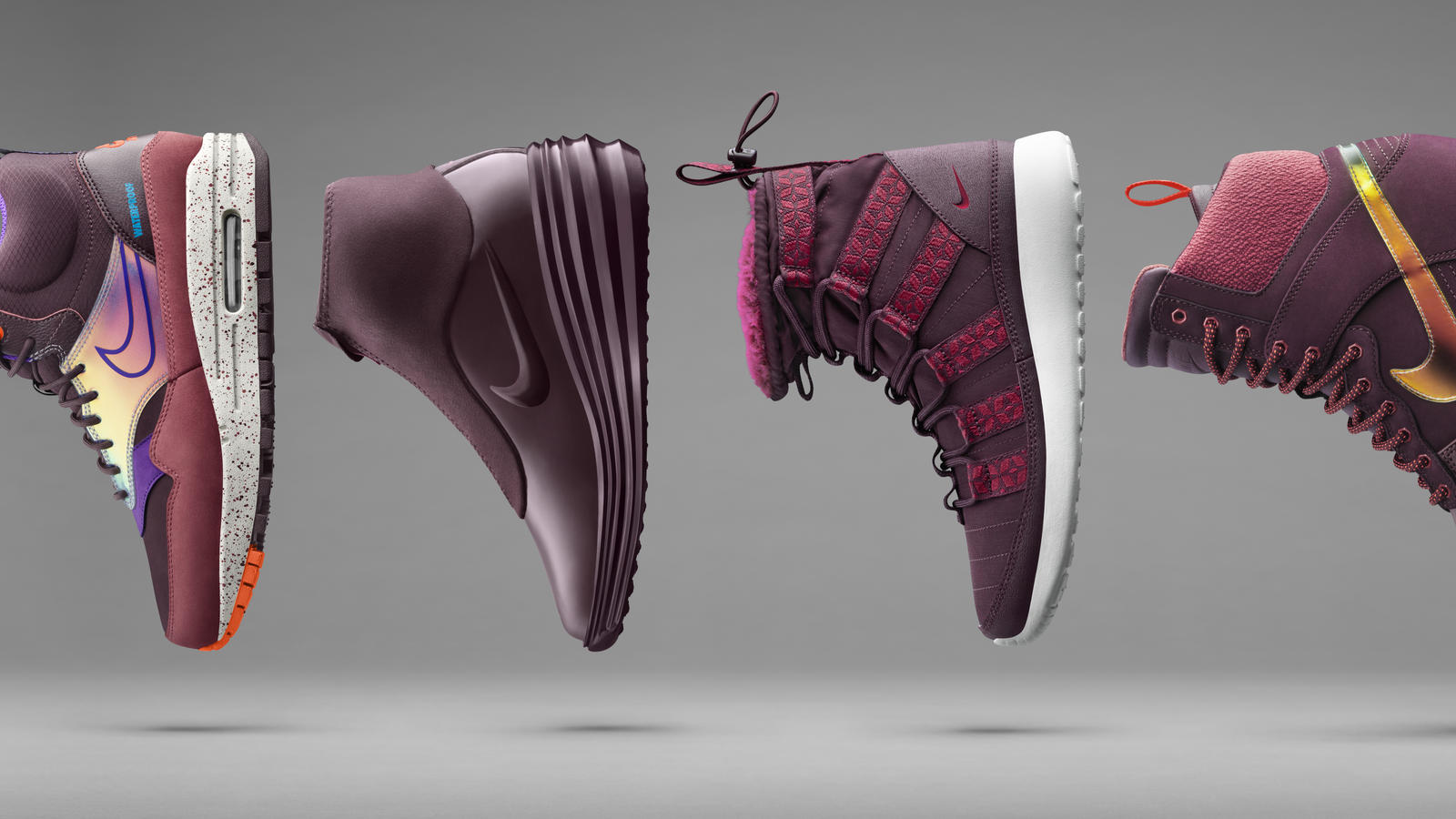 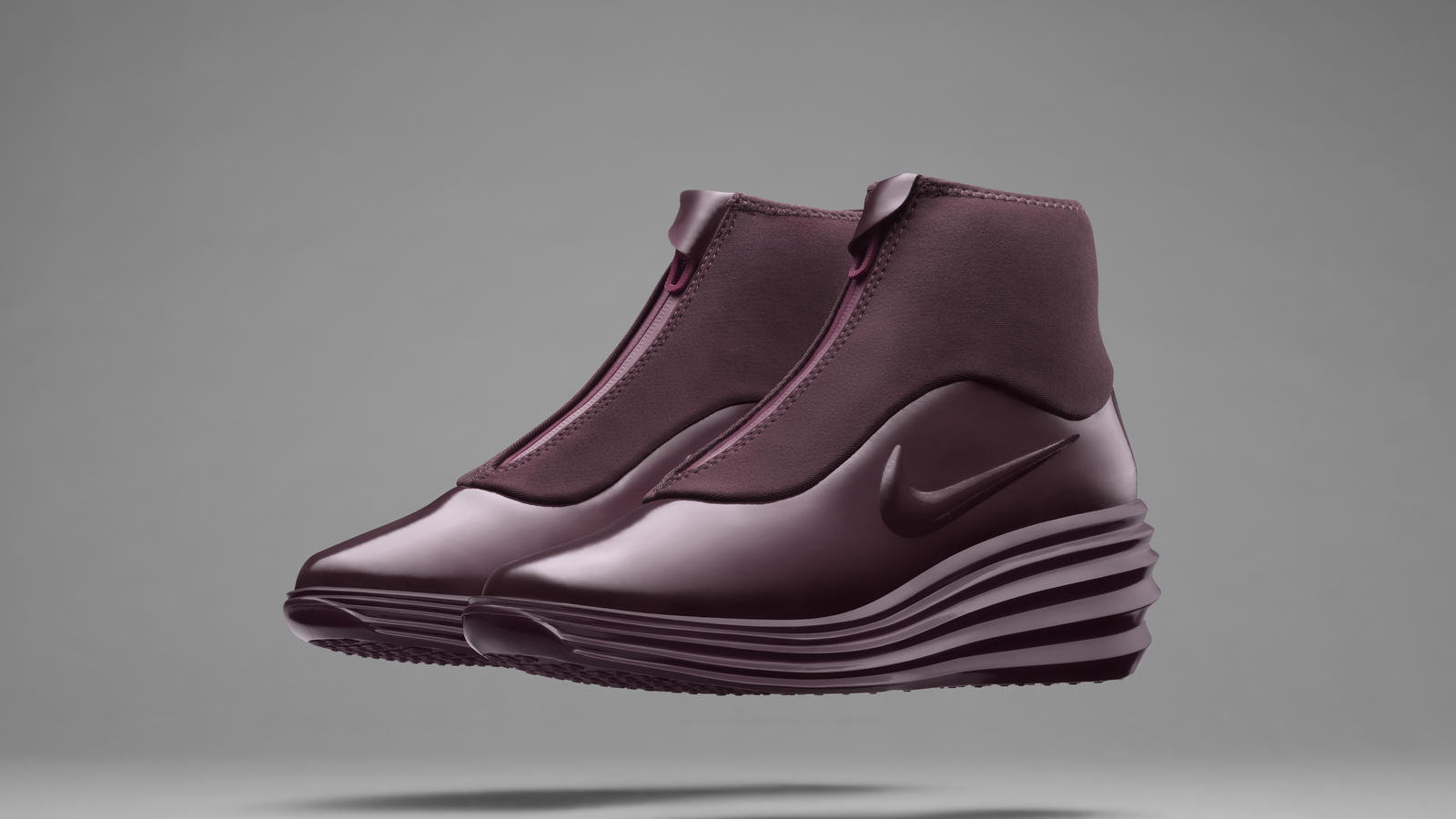 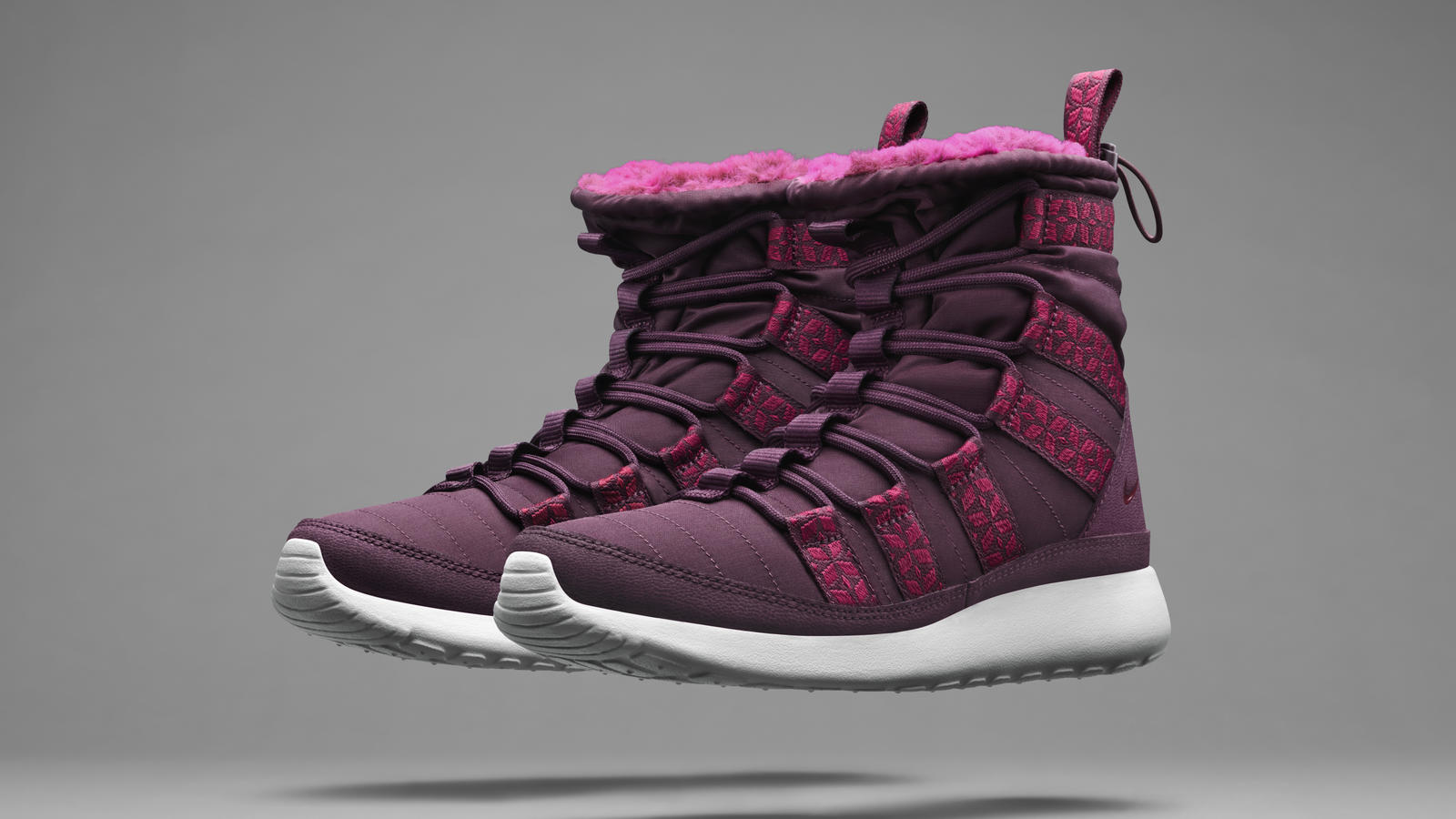 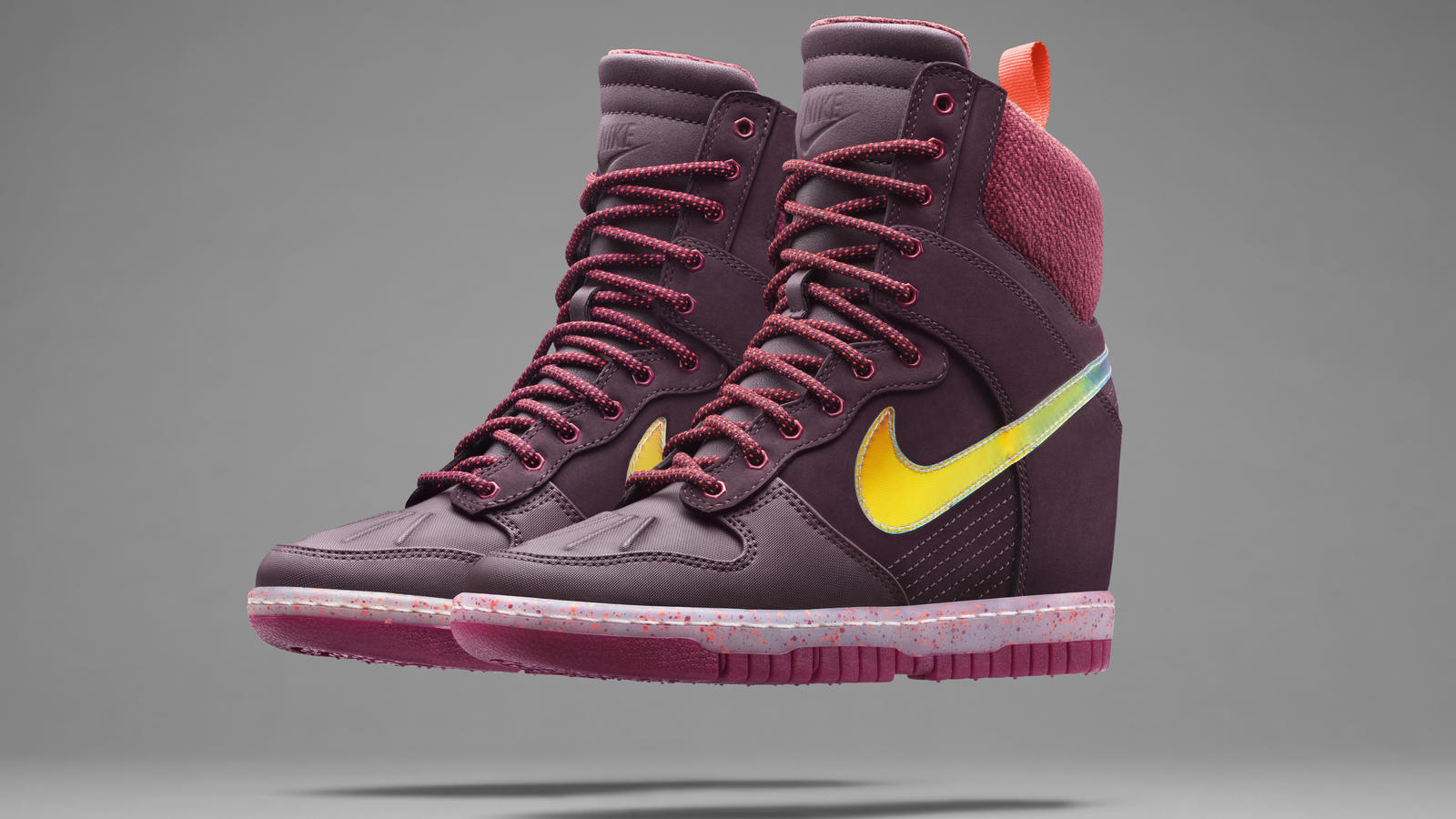 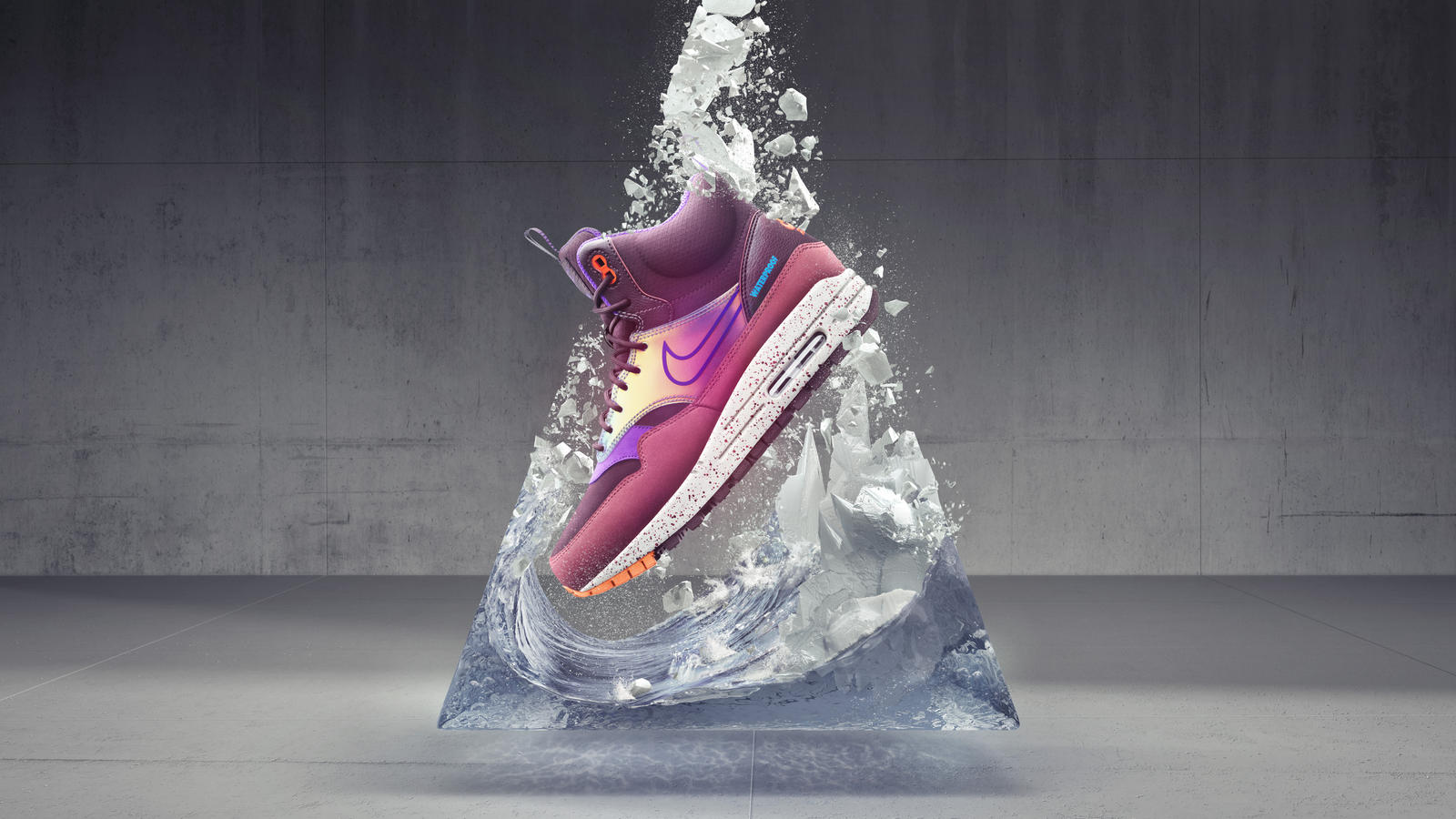 Part of being human is adapting to change, and having the right tools can smooth the process. As the daytime diminishes and the weather becomes grim in much of the world, the Holiday 2014 Nike SneakerBoot Collection provides the tools to combat the changing conditions. The collection introduces new styles and transforms iconic masterpieces of running, basketball and training design into weatherized powerhouses. This season the Nike SneakerBoots collection emphasizes three benefits – warmth, visibility, and dryness – for unprecedented defense in unpredictable elements.

Expanding on the legacy of durable, Moab-inspired creations that brought Nike's performance DNA to unbeaten paths, Nike SneakerBoots are the fall and winter solution that defy compromise.

Basketball and running favorites from the 1970s, 1980s, and 1990s are bolstered and re-imagined for men and women, with features ranging from rugged interpretations of original outsoles to internal linings that make them as comfortable as their classic counterparts. For the holiday season, time-honored styles and a few new introductions leave the fields, tracks and gyms for which they were originally designed and join the battle against wintry weather.

The iconic Max of 1990, built around the idea that "more is more," ups the ante. This arbiter of Air is re-mastered into a highly visible, high-traction, cold weather weapon of choice.

The Nike Lunar Force 1 made its debut in 2012, re-imagining a sneaker with a reputation as big as its silhouette. As a SneakerBoot, the collar has been raised, the upper is water-repellent, and the outsole thirsts for footholds — all while preserving the comfort benefits of Nike Lunarlon cushioning.

The Nike Elite was the first road racing flat to feature Nike's Waffle Sole technology and was a prime example of forward thinking and Nike innovation. Thirty-eight years later, the Nike LunarElite Sky Hi SneakerBoot keeps the flame lit by boldly pushing innovation past perceived limitations. An exaggerated Lunarlon sole combined with patent leather uppers and zip-shrouds allow the wearer to stride comfortably through severe conditions without a worry.

The Nike Air Trainer SC was designed to endure punishment put forth by the strongest, most powerful athletes of its time. Inspired by the original version’s multi-sport functionality, the Air Trainer SC SneakerBoot's water-repellant leather upper, sticky rubber outsole and reflective Swoosh logo make winter terrain look like another day in paradise.

The Nike Dunk made a statement on collegiate hardwood by introducing color to a black and white world. It’s legacy continued when the Dunk Sky Hi was introduced as the first wedged sneaker to be produced by Nike. Keeping with tradition, the Nike Dunk Sky Hi SneakerBoot goes one step further, adding water-resistant uppers, quilted collars, and iridescent swooshes to it’s lofty bearing.

With its Zen-inspired simplicity, the Roshe Run was built with less as the priority and comfort coming in at a close second. Staying true to its roots, the Nike Roshe Run SneakerBoot’s updates are kept straightforward. Sitting atop the signature one-piece Phylon midsole/outsole, the water-resistant leather upper increases durability while retaining the shoe's original less-is-more appeal.

Select styles of the Holiday '14 SneakerBoots collection will become available in select Nike Sportswear retailers and on nike.com/sportswear beginning Oct. 2.