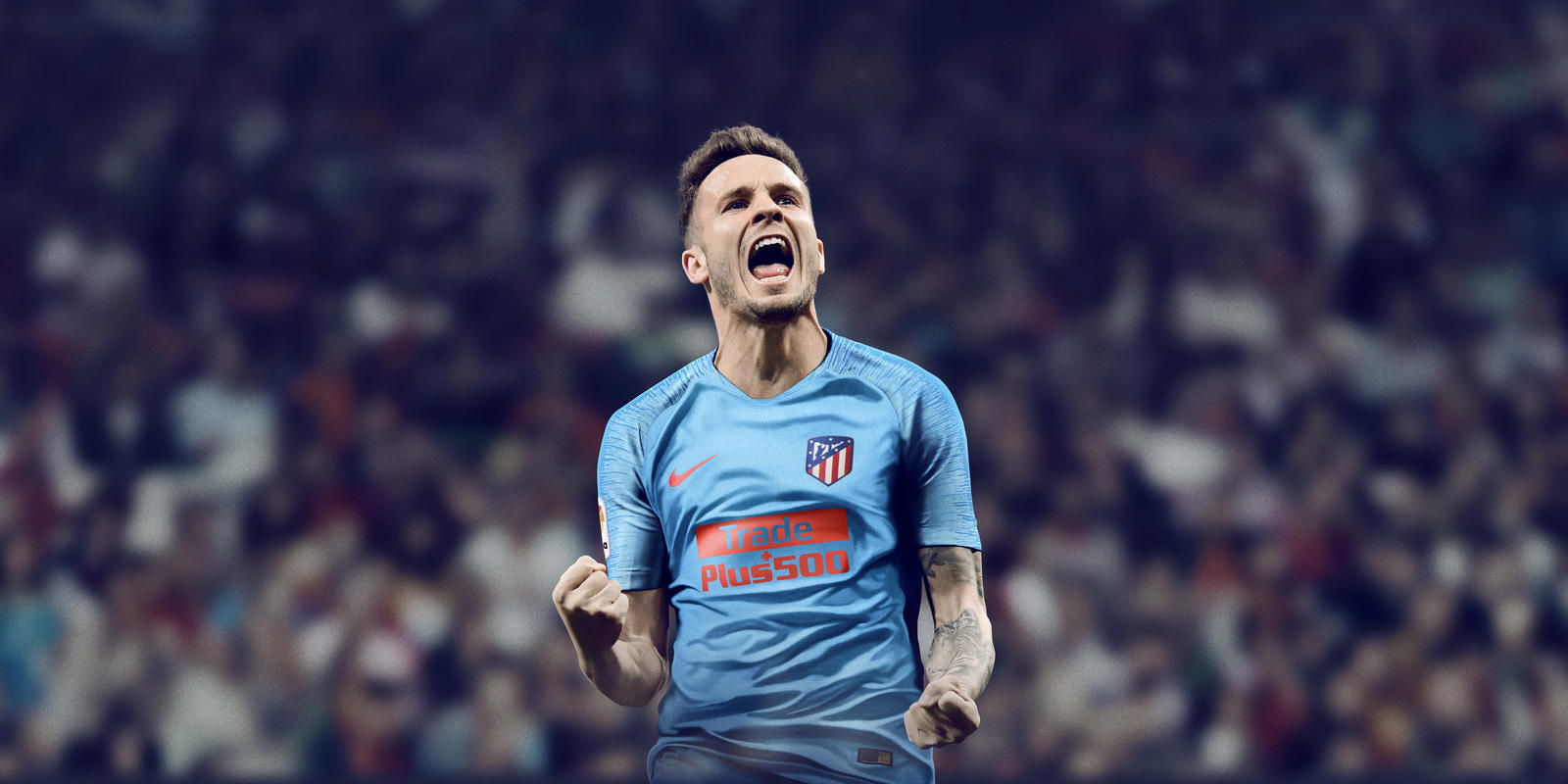 Blue is a color long associated with Atlético de Madrid. In fact, it has been for 115 years. Before the now famous red and white stripes that adorn the club's home shirts were adopted, blue was already a starring color in the club’s kits and it has regularly featured on away kits.

For 2018-19, this history is expressed by a vivid two-tone design sure to turn heads when Atlético hit the road this season and reflective of the club’s contemporary standing.

“Atlético moved to a new stadium last year, continue to challenge for major honors each and every season and they have a world class roster of players. It was only right that we produced a kit which captures all of this positive energy,” says Pete Hoppins, Nike Football Apparel Senior Design Director. 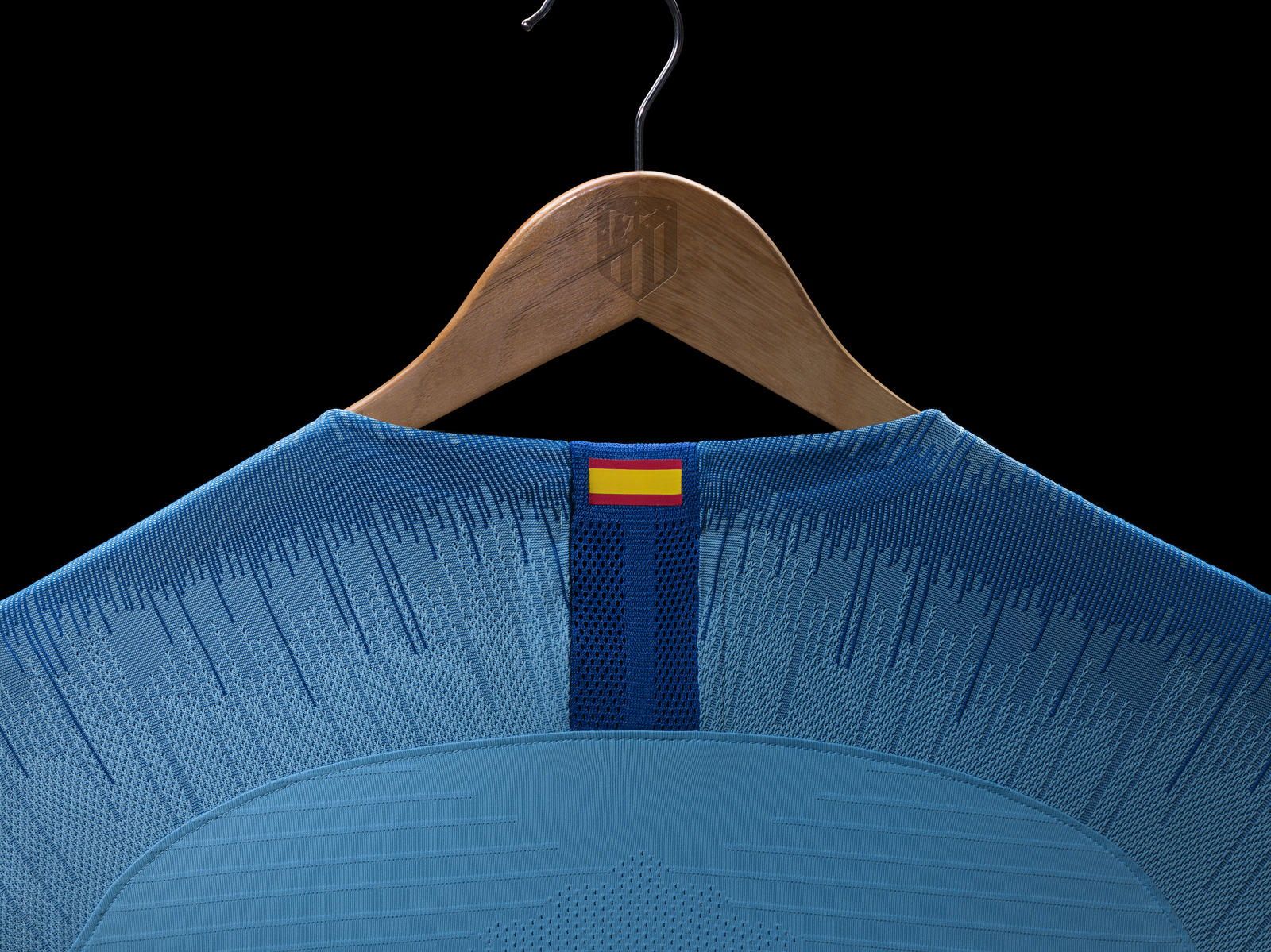 The capital club’s national pride is represented by a small Spanish flag on the rear of the neck.

Flashes of orange, used for head-to-toe detailing like crests, numbers and swooshes, add energy to the strip. This bright color was selected to represent the youthful exuberance of Atlético’s dynamic squad and the positive energy they bring to the team.

The kit is available July 19.