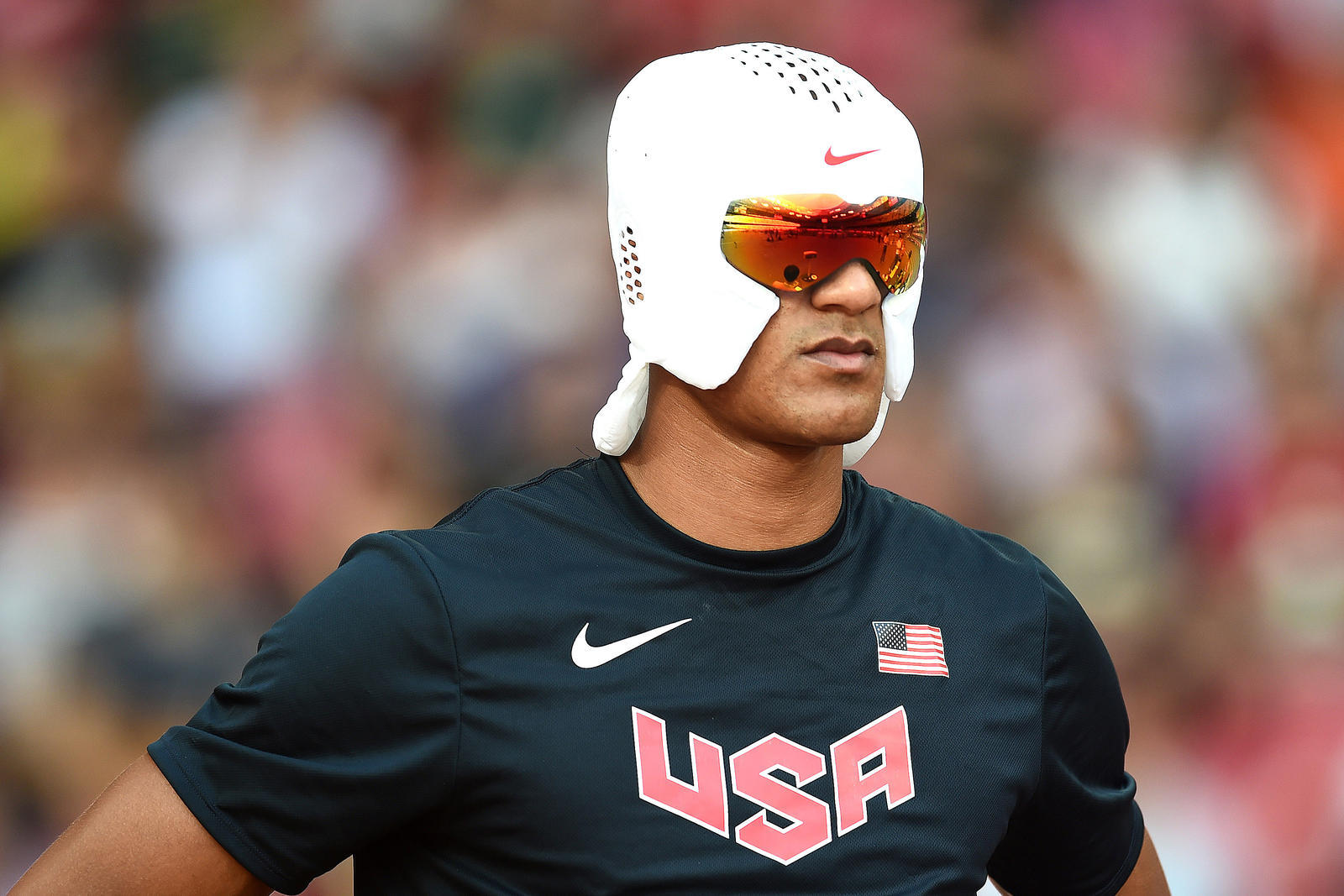 Ashton Eaton set a new world record at the IAFF World Championships in Beijing in the decathlon, breaking his own world record set in 2012.

By running the 1,500 meters in four minutes, 17.52 seconds – one second under what was required for the world record – Eaton finished with 9,045 points to keep his world title. It was the first World Championship world record at the Bird’s Nest, the venue of the 2008 Olympics.

The new world record comes as Eaton wore a brand-new cooling hood in between events, based on discussions he has had for months with the Nike Sports Research Lab.

Eaton started with a World Championship record in the 100 meters when he recorded 10.23 in the decathlon’s opening event. The decathlon includes the 100-meter dash, long jump, shot put, high jump, 400-meter run, 110-meter hurdles, discus throw, pole vault, javelin throw and 1,500-meter run. Eaton has discussed how his holistic training regimen prepares him to be a world leader in this diverse group of events.  The world champion in the decathlon is known as “the world’s greatest athlete.”

And now that title is Eaton’s. Again.