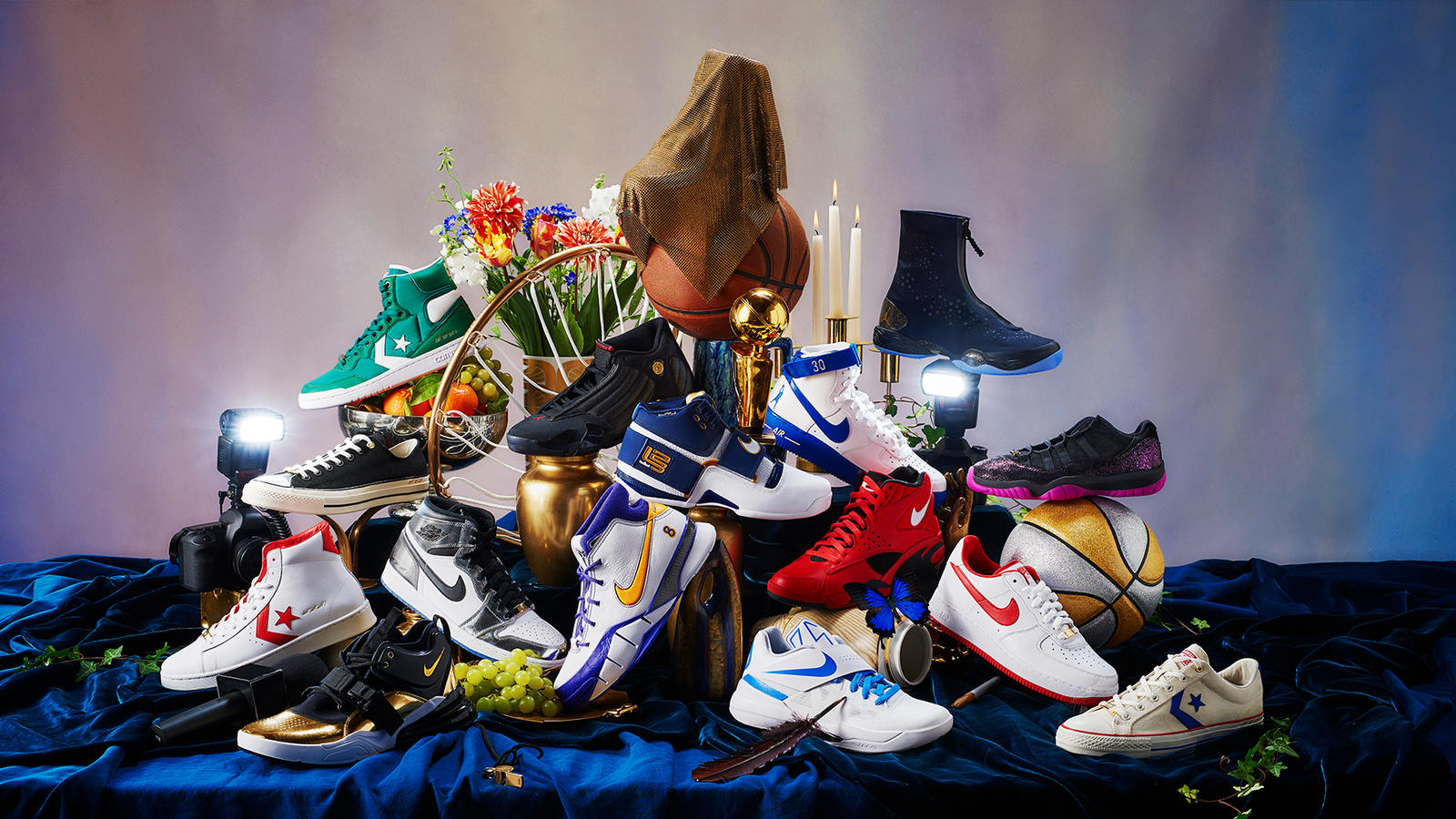 Sixteen. Today, it’s the one number that every NBA player shoots for — the difference between basketball immortality and a nagging, lifelong regret over what could have been. Though the path to glory is different for every player, it’s 16 vital playoff wins that stand between each of them and the ultimate goal. Reaching that magical 16 requires rising to the occasion in moments that hoops fans never forget. For some, it’s a single moment that lasts just one tick of the game clock. For others, it’s a full 48 minutes plus.

The following are moments (in no particular order) that cement members of NIKE, Inc.’s extended family among basketball royalty. While not every moment led directly to a title, each is intrinsic to the respective athlete’s journey toward glory. And for all 14 of them, the metaphor of 16 rings true. 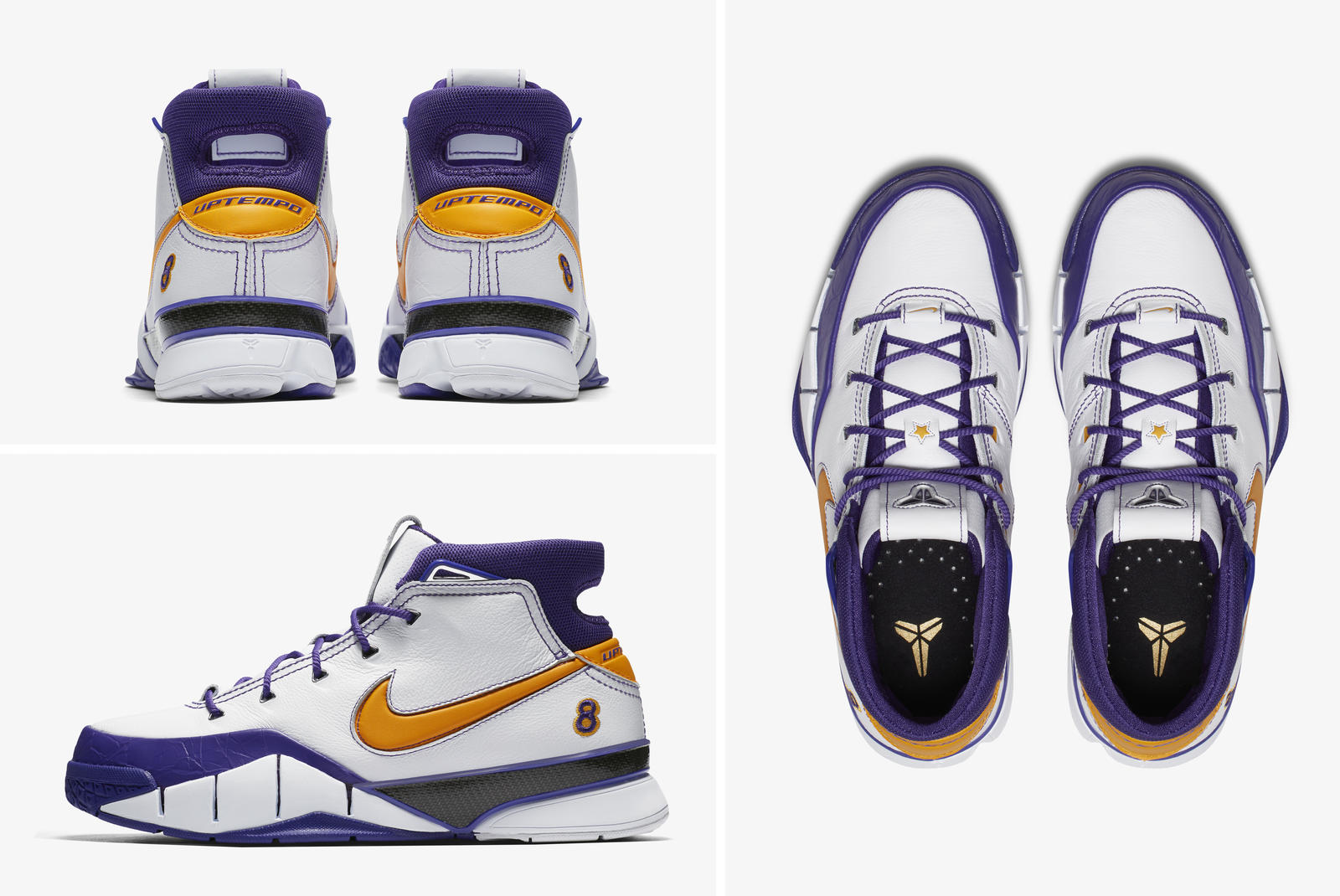 April 30, 2006 Kobe Bryant’s Mamba Mentality is a clutch, killer instinct best defined by his absolute gutting of Phoenix in Game 4 of the Playoffs. Taking complete ownership of what was now officially his Lakers team — with Kobe 1s on his feet — he simply refused to be beaten. Down two points, Kobe’s wrong-footed, herky-jerky layup on a fast break sent the game to OT, where, down one, he saved the ball off a tip, drove right and drilled the game-winner with two defenders in his face as the buzzer sounded. 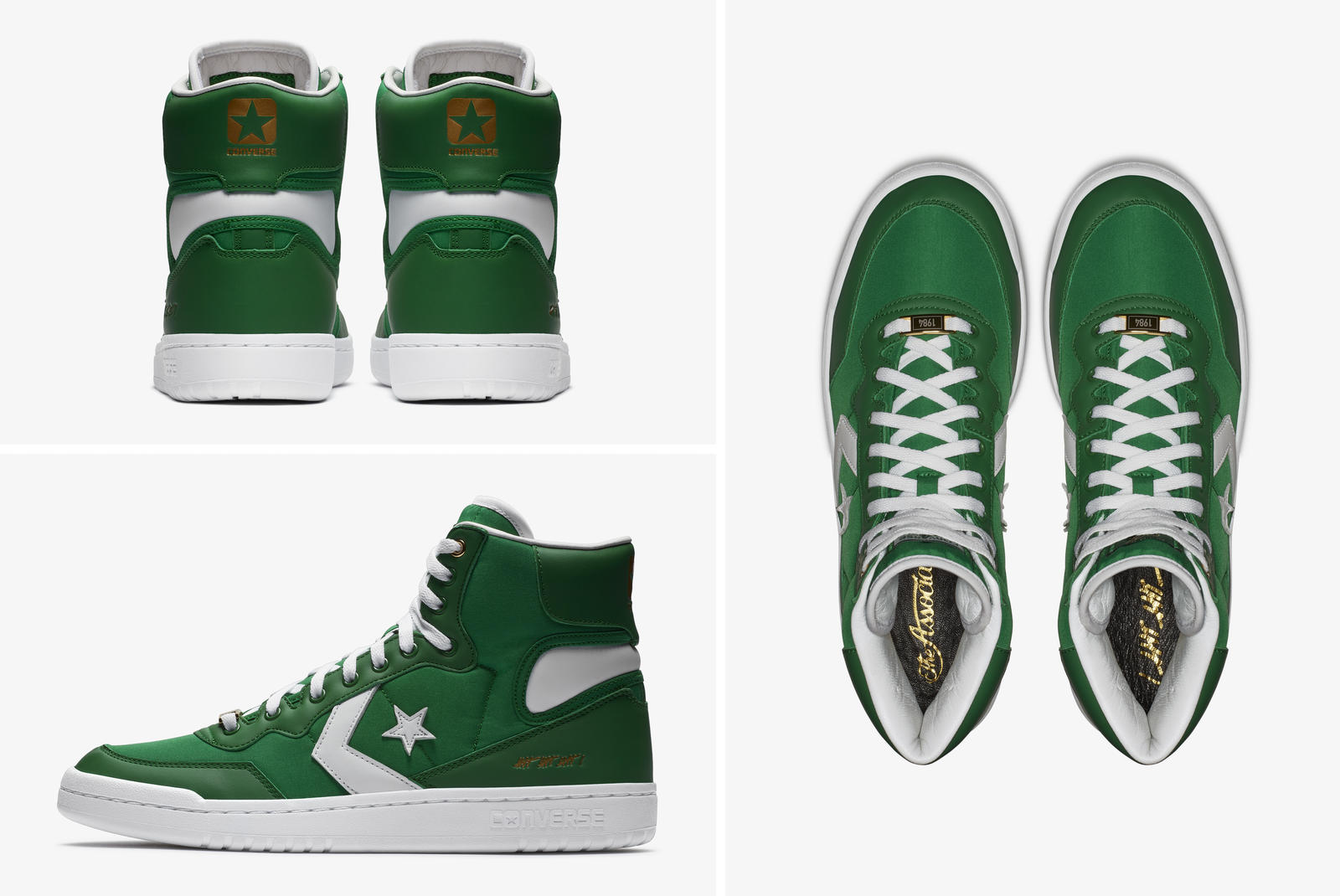 June 6, 1984 In Game 4 of the NBA Finals, Boston’s Kevin McHale was the catalyst for a bench clearing after clotheslining LA’s Kurt Rambis on a breakaway dunk attempt. Though he wore Converse Fastbreaks, he made it clear to both his teammates and their rattled rivals that there would be no easy buckets in the battle for the championship. The irony was so thick it could have been an ’80s mustache. 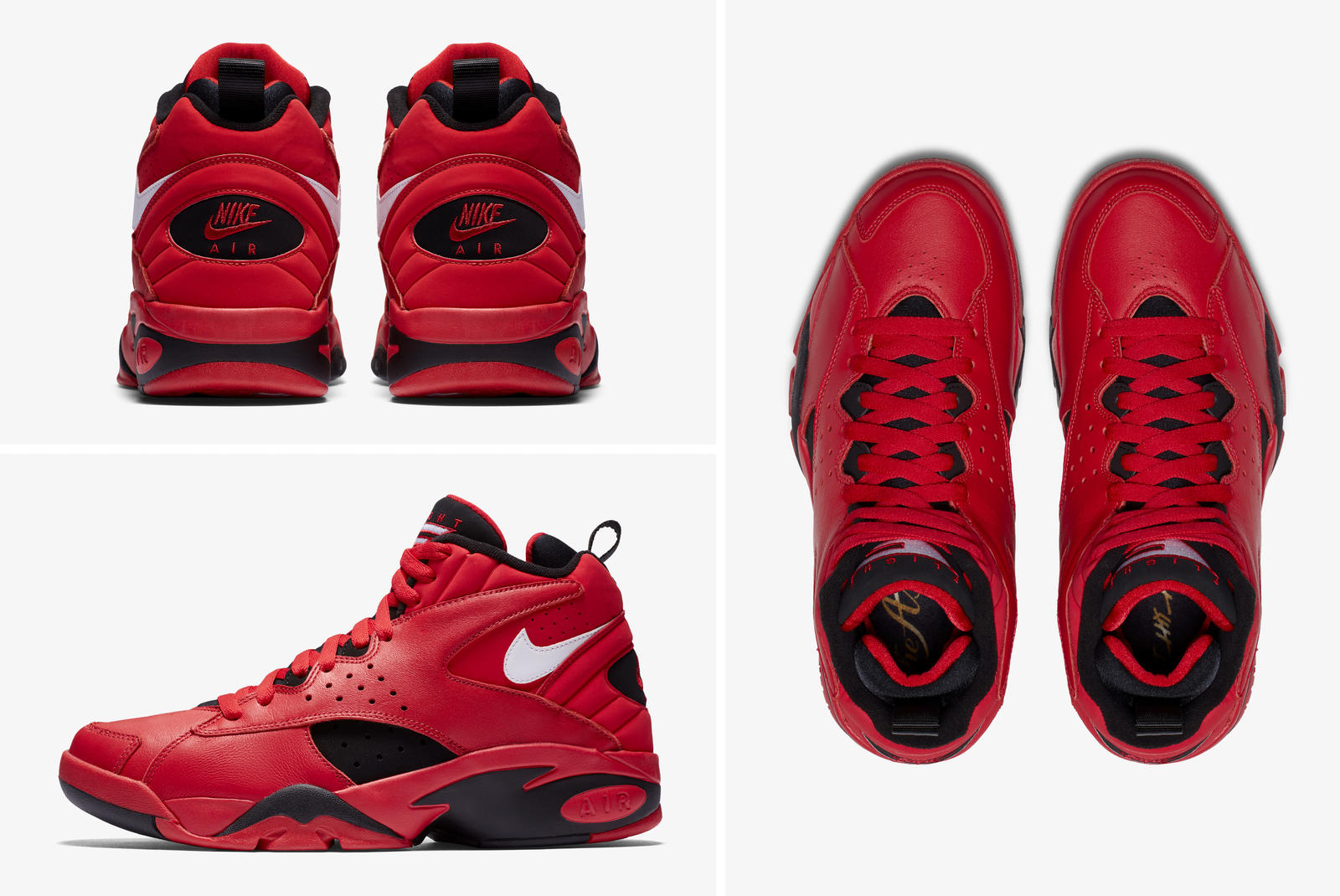 The Nike Air Maestro II “Trifecta” celebrates Scottie Pippen's Finals' triple-double in '93. Look for it May 10.

June 11, 1993 Sporting the Air Maestro II “Trifecta” in Game 2 of the Finals against the Suns, Scottie Pippen stepped out of his legendary teammate’s long shadow to become only the 12th player to ever notch a triple-double in a Finals game. As an exclamation point on his 15-12-12, Pippen swatted — and recovered — Danny Ainge’s potential game-tying trey. All due reverence to MJ, because without Pip there is no Bulls three-peat. 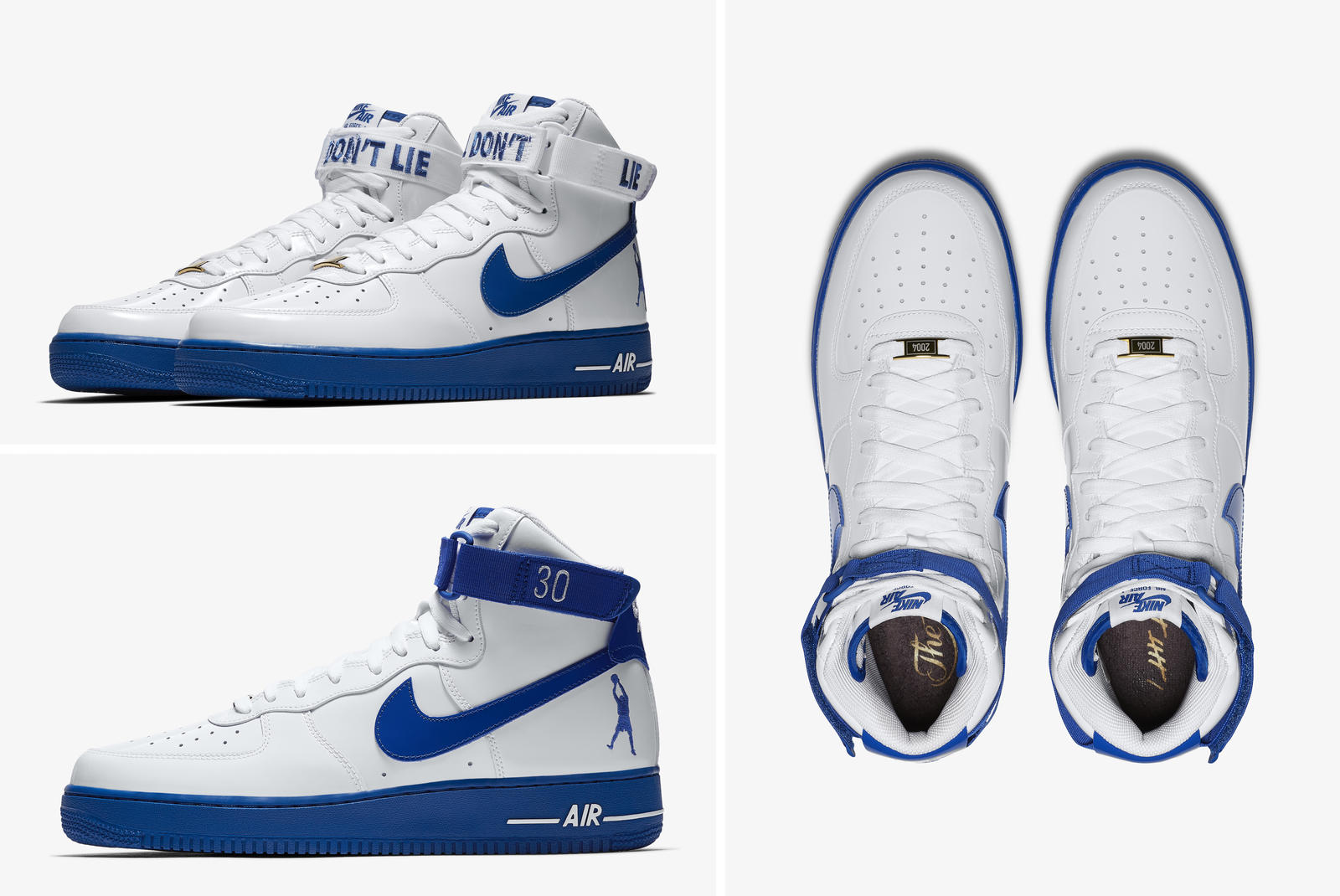 June 13, 2004 One cheap elbow to Rasheed Wallace’s chest sealed the fate of the favored Lakers in Game 4 of the Finals. In his iconic AF1 High, Sheed responded by dominating the final quarter and a half for the Pistons with furious elegance, making it known that there would be harsh penalty for pissing Rasheed Wallace off. 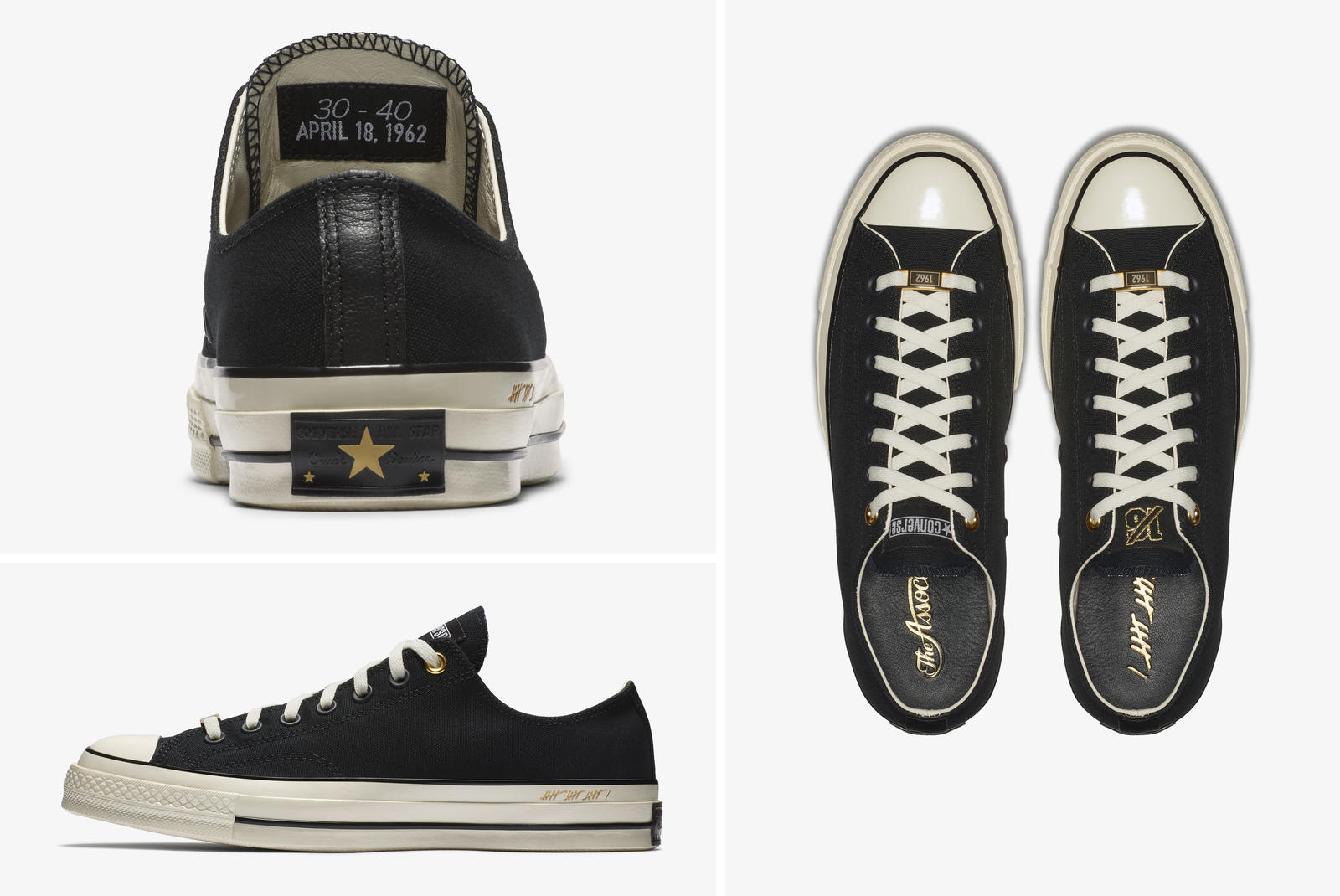 May 2, 1962 Even factoring in overtime, Bill Russell’s 30 points and 40 rebounds in Game 7 of the Finals is a stat line so absurdly dominant it looks like a typo. The supreme Celtics center turned in a performance that helped Boston win its fourth consecutive title and fueled the game’s preeminent rivalry. Greatness of this magnitude makes calling Russell a “legend” seem like an insult. 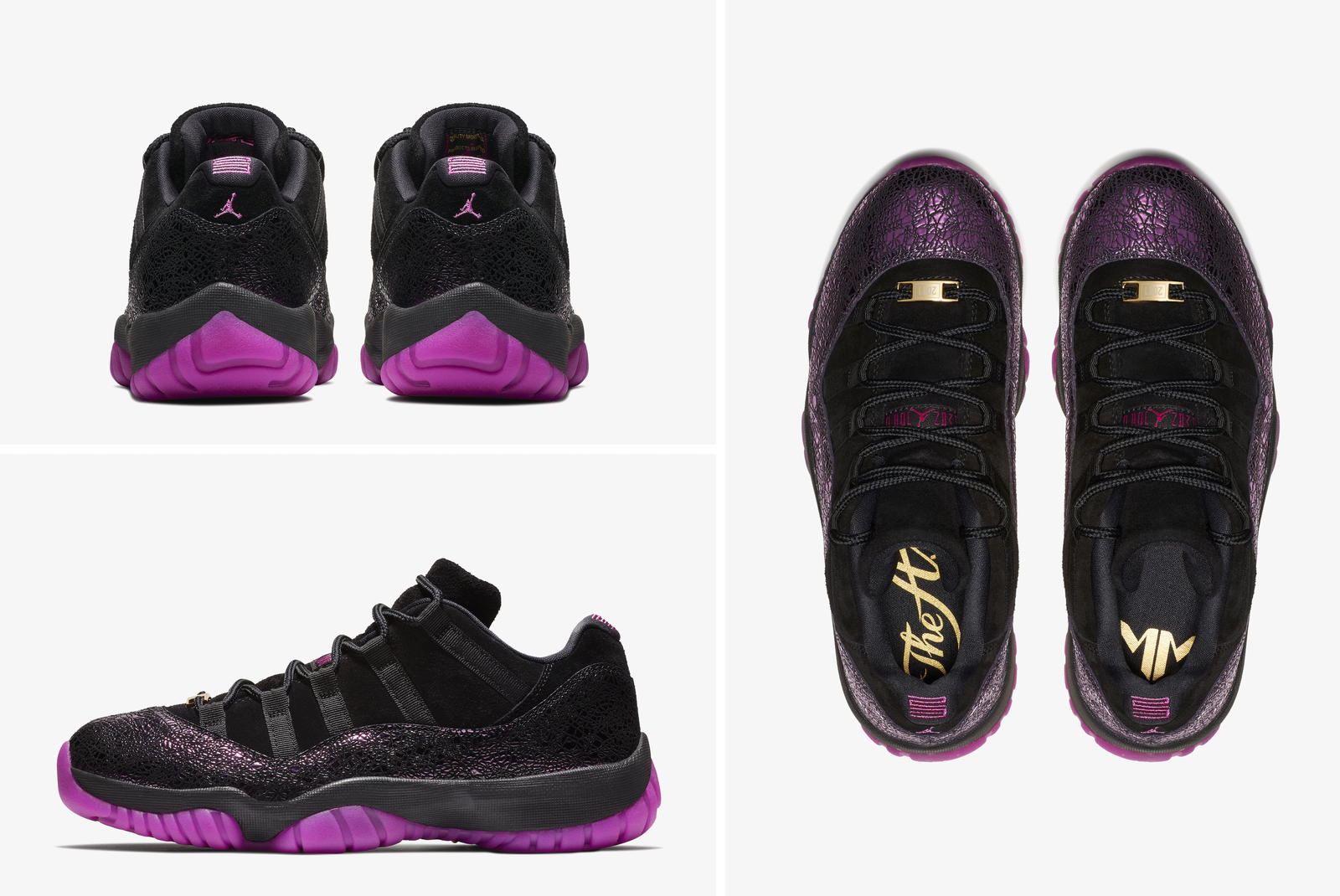 In a colorway paying tribute to Maya Moore's swift acendence in the pro ranks, the Jordan XI Low “Rook to Queen” drops on May 24.

October 7, 2011 Maya Moore wasted no time cementing her place among the greats of the women’s professional game after dominating in college at UConn. Just six months after the Lynx drafted her first in the 2011 WNBA draft, the ascendant rookie forward clinched Minnesota’s first-ever championship — the first of four she’s delivered so far — in Game 3 of the Finals. Receiving a pass and swinging over an Atlanta Dream defender, Maya took one calm step to the three-point line and went from rookie to royalty when she launched the series-sealing trey like it was no big thing. 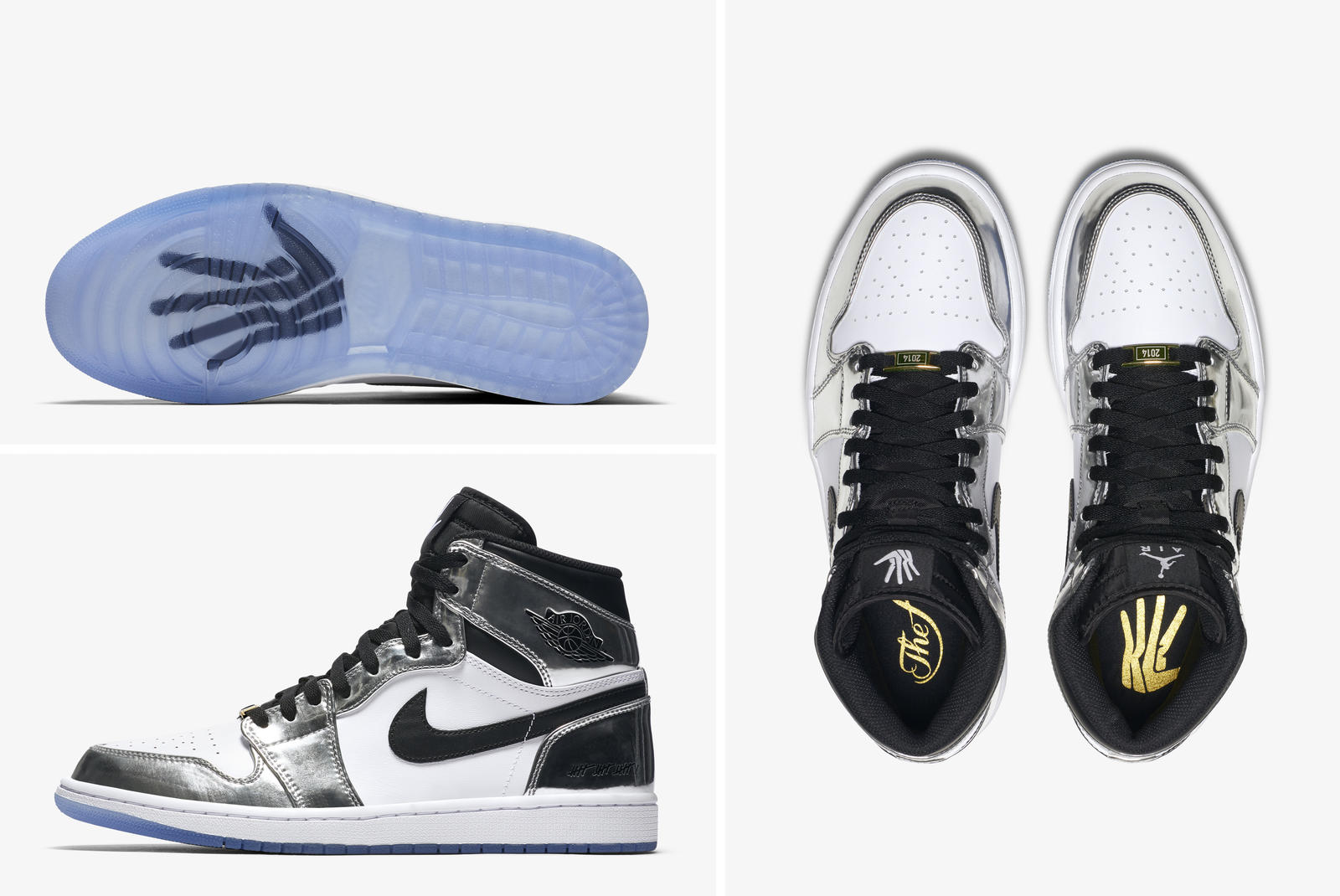 June 10, 2014 With a lineup characterized by savvy but aging veterans, the Spurs were supposed to be the old men against the Heat’s more youthful, star-powered Big Three in the Finals. In just his third season, unassuming Kawhi Leonard completely changed that narrative in Game 3 with electric and athletic play, dropping 29 points that secured the W. His performance not only gave San Antonio the edge in the series they ultimately won 4-1, but also helped him earn Finals MVP and redirect talk of the Spurs from the proud past to the bright future. 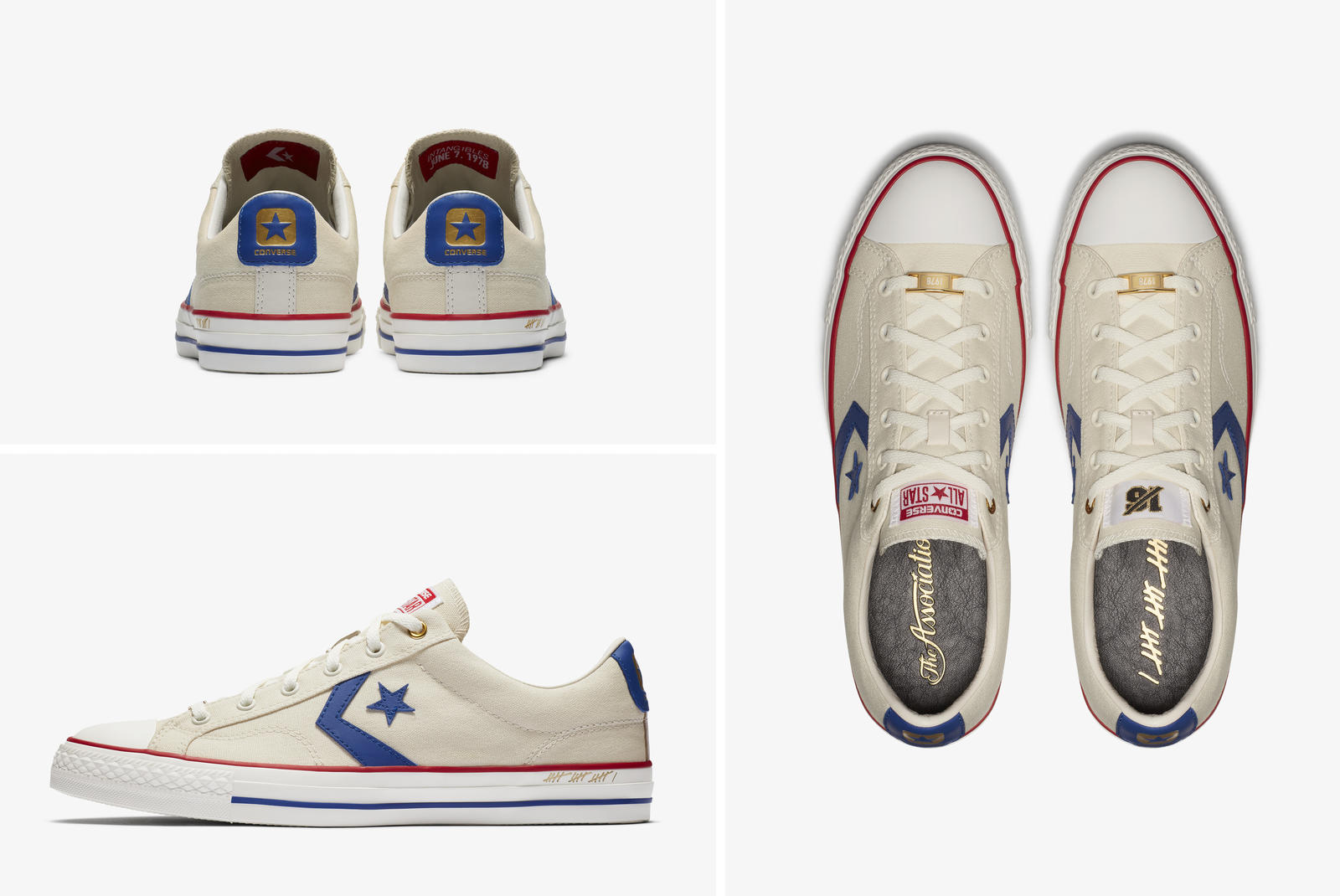 June 7, 1978 When stepping to the free throw line late in Game 7 of the Finals, wearing his Converse Star Player Ox, the Bullets’ Wes Unseld had every reason to be overwhelmed by the moment. Having been swept twice before in the Finals, he was in enemy territory against the SuperSonics with everything on the line. While many would go wobbly in the knees and clang off front rim, veteran Wes coolly converted his attempts to seal the first-ever championship in Washington D.C.’s sporting history and secure the Finals MVP. That’s how you brush dirt off your shoulders. 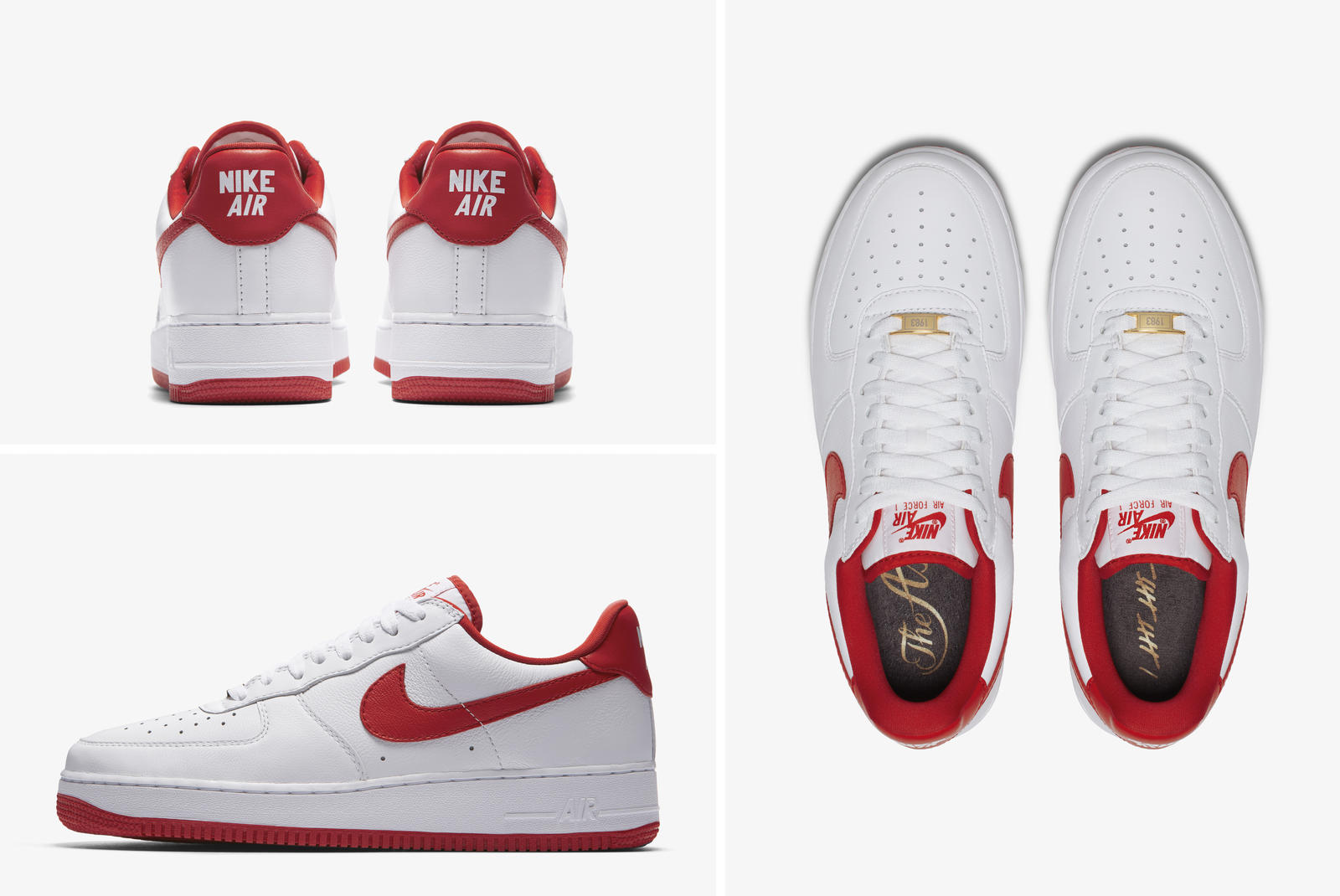 Moses Malone's retroactive clarvoyance in '83 was the impetus behind the Nike Air Force 1 Low Retro “Fo’ Fi’ Fo.’” It releases May 19.

May 31, 1983 Moses Malone isn’t psychic, but in ’83, he came damn close to calling the Playoffs. Predicting his Sixers would win the title by sweeping series “Fo,’ fo,’ fo,’” he only had to make a slight amendment after giving the Lakers 24 points and 23 rebounds in Game 4 to clinch the team’s third NBA championship. Accounting for a lone loss to the Bucks, Malone, one of the Original Six to wear the AF1 on court, made a slight post-game tweak in his Lows: “Fo,’ Fi,’ Fo.’” 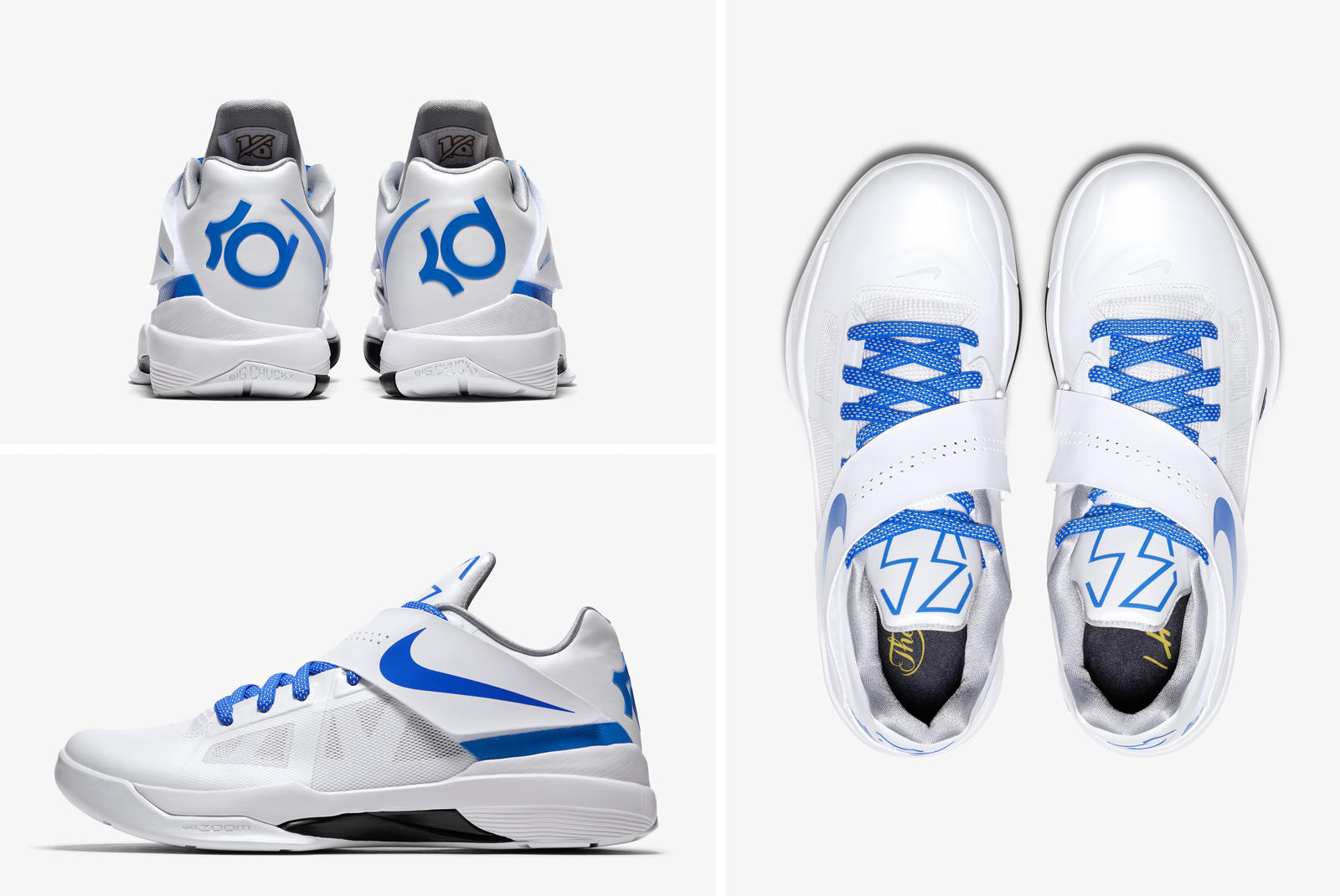 June 6, 2012 Kevin Durant reached his first NBA Finals with a single-game and series performance that showcased smooth, otherworldly abilities and announced his arrival to the planet. Facing the daunting Spurs and their championship pedigree in the Western Conference Finals in his KDIV, KD stared down an 18-point halftime deficit in Game 6 and battled back to win on the strength of 34 points and 14 rebounds. Sweeping Dirk Nowitzki’s defending-champion Mavericks, then sending Kobe’s Lakers on summer vacation before dropping the mighty Spurs made for a tremendous trifecta — KD’s Thunder had eliminated the only three teams that had represented the West in the Finals for the past 13 years. Despite ultimately losing the Finals to LeBron’s Heat, KD led all players with 30.6 points per game on jaw-dropping 54.8-percent shooting and showed the world the dominance he would display five years later when he hoisted his first trophy. 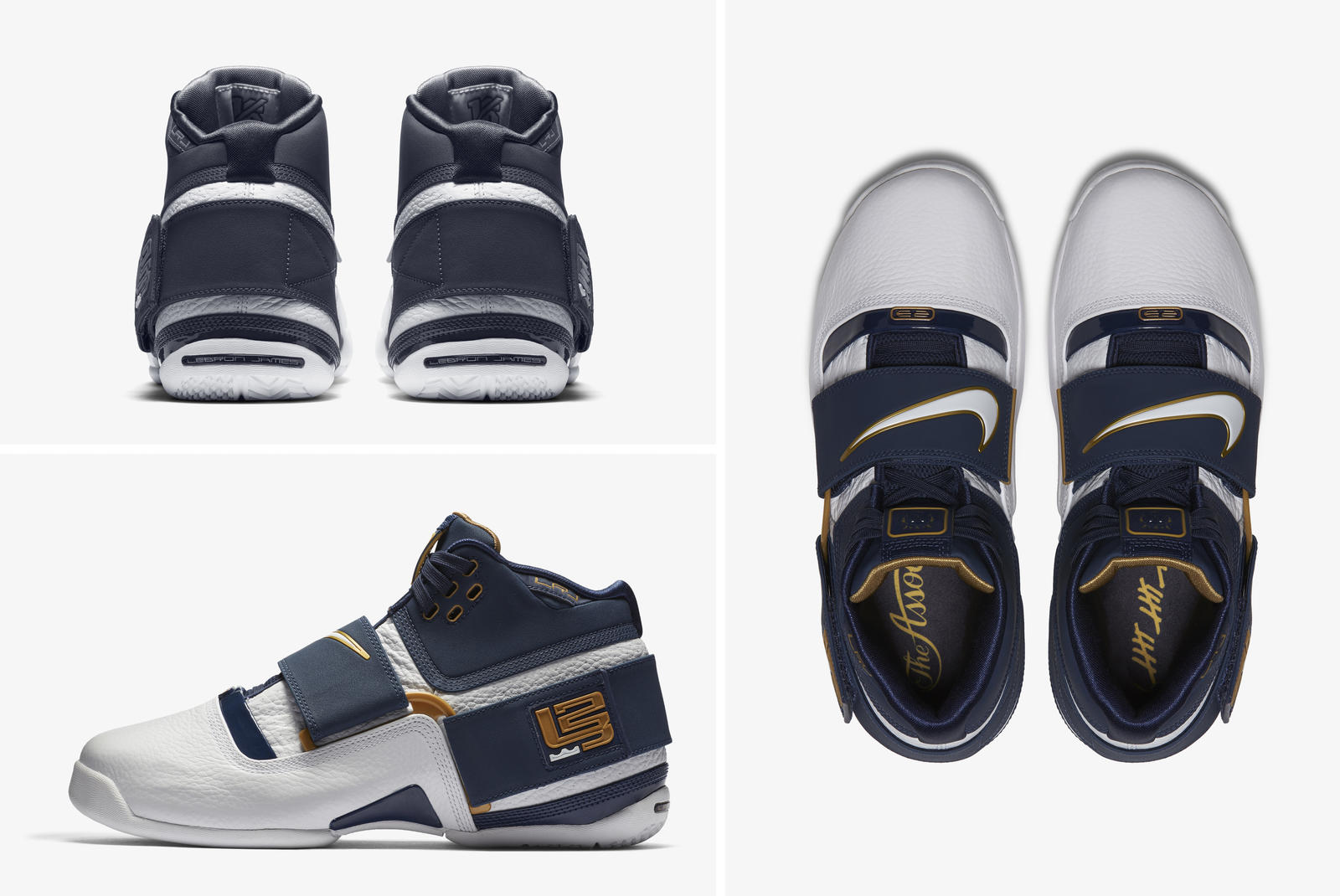 James' eye-popping performance from the '07 Playoffs is celebrated by the Nike Zoom LeBron Soldier 1 “25 Straight.” The shoe releases May 31.

May 31, 2007 With a unique build, skill set and competitive drive, LeBron James is arguably the most dominant player of all time. The world knows that now, but back when he was facing the Pistons in Game 5 of the 2007 Eastern Conference Finals, LeBron was still opening people’s eyes. Wearing the rugged LeBron Soldier 1 for the contest, he pulled off the basketball equivalent of carrying a brother-in-arms to safety, scoring 29 of the Cavs’ final 30 points, including 25 straight and all 18 of their overtime points. The Herculean effort in the 2OT victory earned him his first NBA Finals appearance and was a revelation of the impossible dominance and will to win that King James continues to display today. 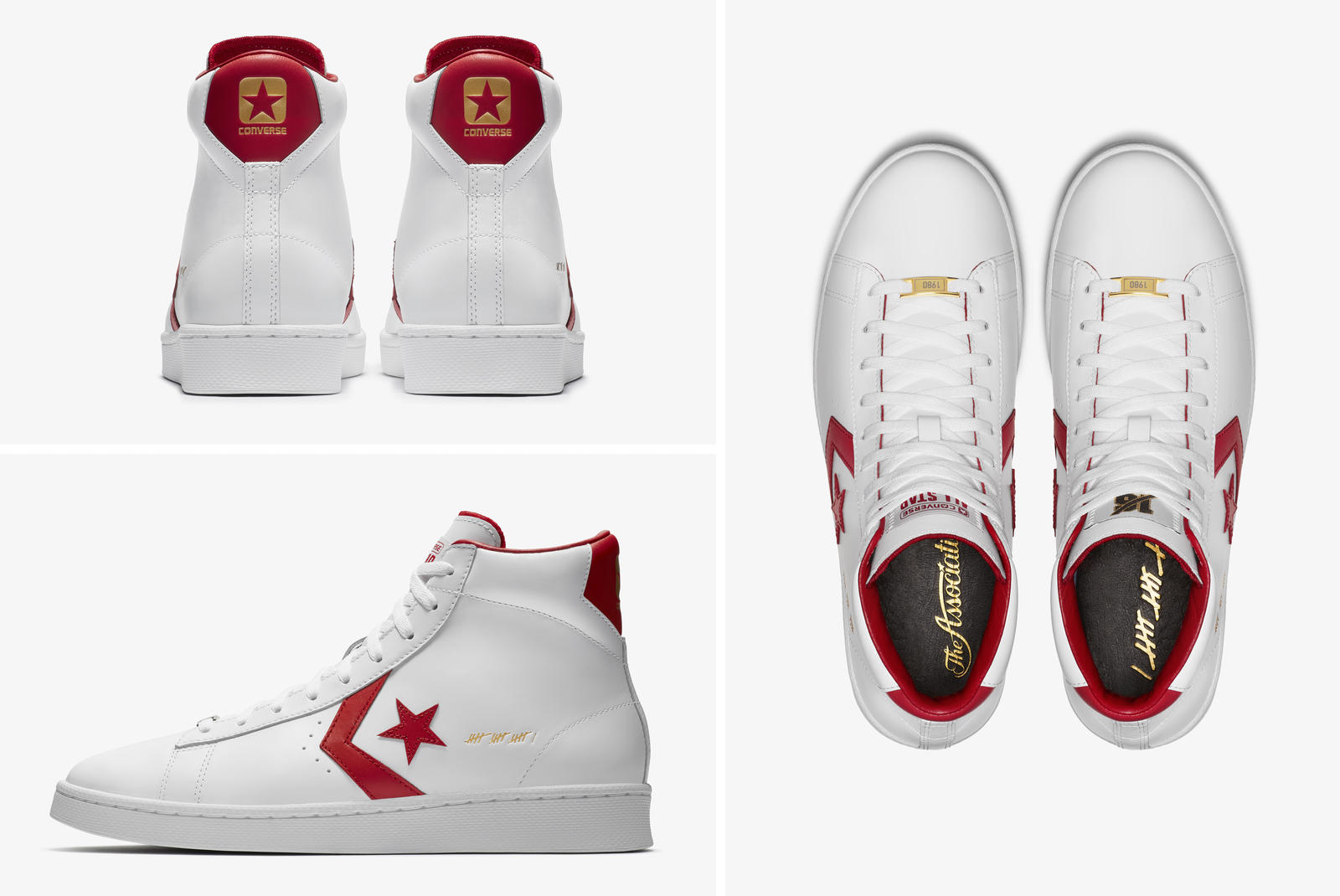 May 11, 1980 The laws of physics don’t apply to all men. At least that’s how it seemed when the Sixers’ Julius Erving took to the sky halfway through the fourth quarter in Game 4 of the Finals against the Lakers. Driving to the basket on the baseline in his Converse All-Stars, Dr. J palmed the rock with his right hand, feigned an attempt from the right then looked to hang in the air as he scooped the ball under the backboard spinning it in off the glass. Despite losing the series, the brilliance of the move lives on and helped popularize the more creative, flashy style that the good Doctor was accustomed to playing in the streetball courts of Harlem. 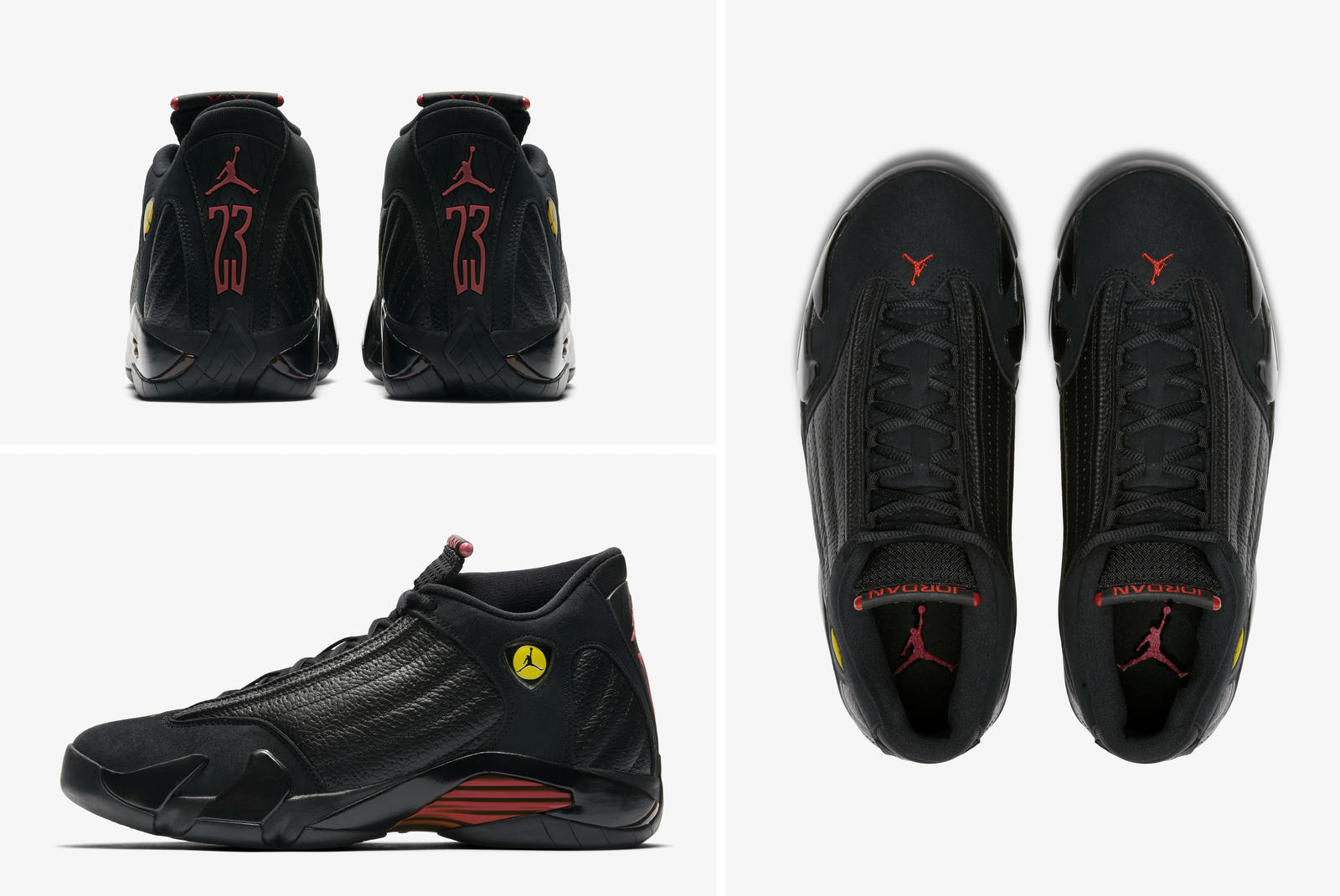 The Last Shot XIV needs no introduction, but its latest release date does need announcing: June 14.

June 14, 1998 Facing the Jazz in Utah in Game 6 of the Finals, MJ found himself down one with just 10 seconds remaining. The fiercest competitor of all time, there was little doubt he was taking the final shot, but from where and how was anybody’s guess. Driving right at the top of the key, Jordan pulled the ball back sharply, crossing defender Bryon Russell up and out of the play. Collecting himself, MJ raised up in his now-iconic Jordan XIVs and buried the jumper, sealing both his sixth championship and his sixth Finals MVP. For the GOAT, was there any other way it could end? 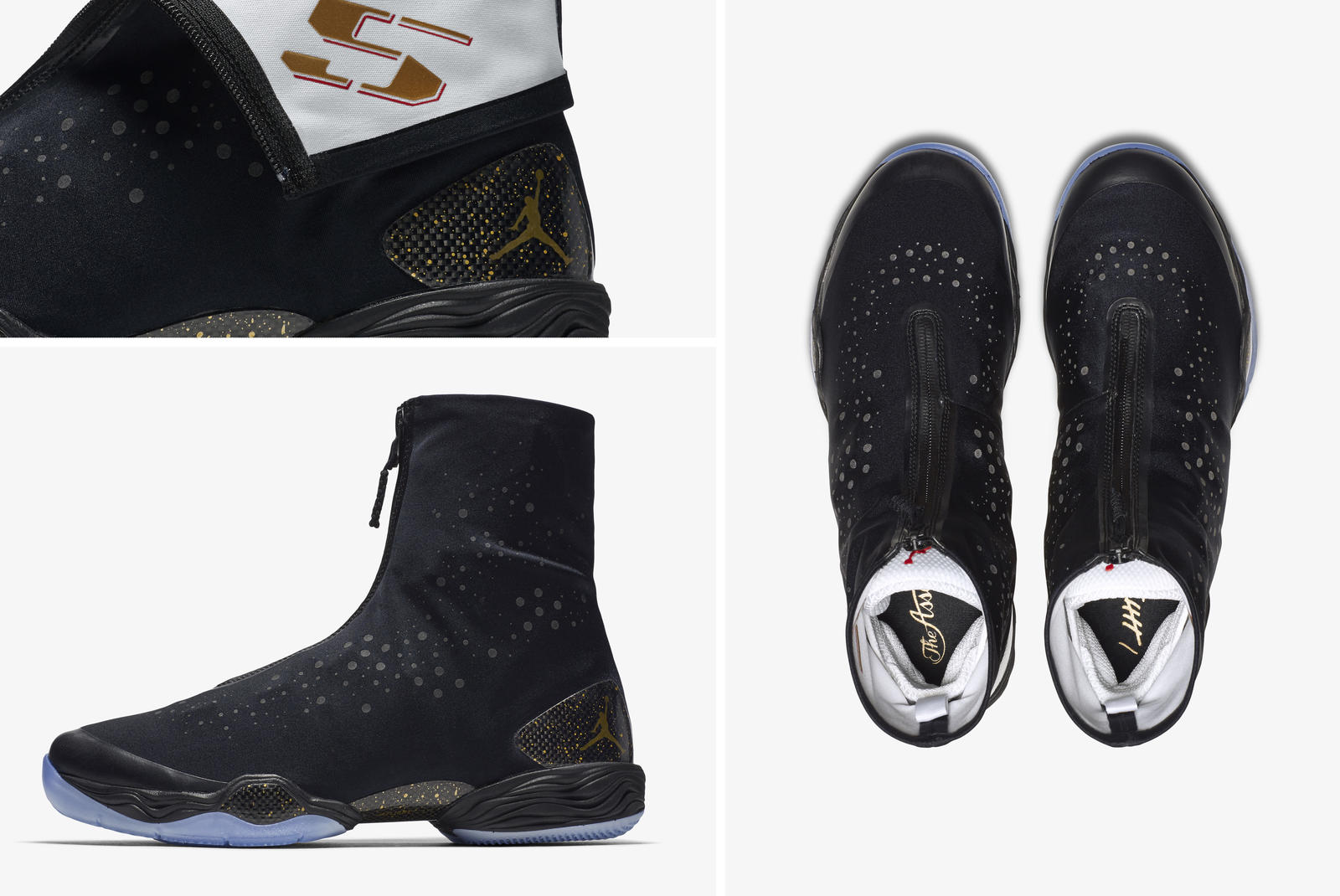 The Jordan XX8 “Locked and Loaded,” releasing May 12, reminds of Ray Allen's legacy of knockout shooting.

June 18, 2013 Ray Allen is considered one the of the game’s best pure shooters with good reason. But for all the many shots he nailed, there’s only one that is his moment. With the Spurs leading the Finals 3-2, and up three points in Game 6 with just 19.4 seconds to play, Ray kept the Heat’s title hopes alive, receiving a feed from Chris Bosh off a rebound, stepping back in his Jordan XX8s and tying the game with a jackknife three from the corner. The shot — with Tony Parker crowding him — completely deflated the Spurs and swung the series in favor of Miami, which used that momentum to lock up Game 7 and a repeat title. 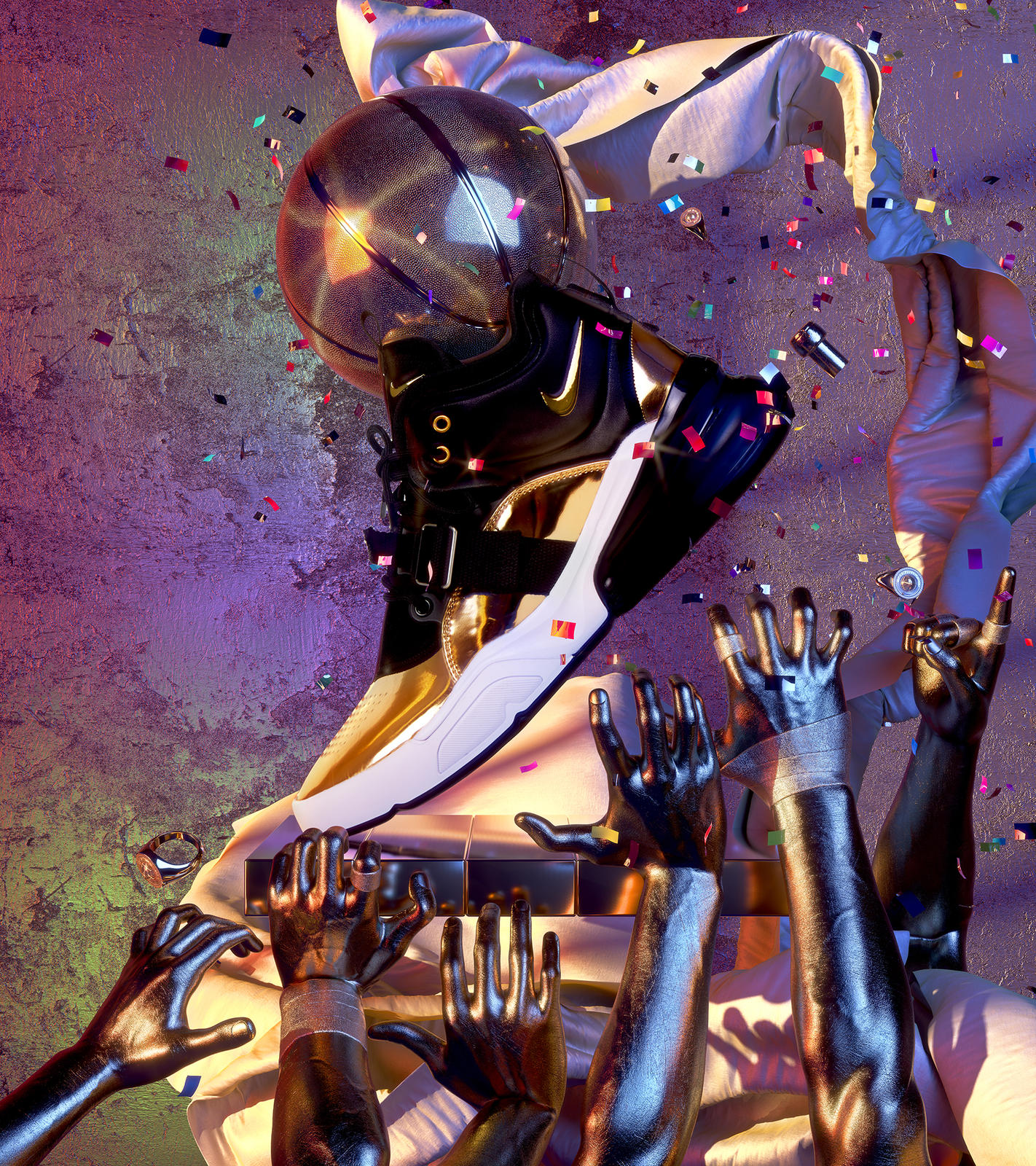 Two further shoes complete the Art of a Champion collection and will release in June.

The Nike Air Force 270 "Gold Standard" is a colorway of the all-new silhouette devised to honor those who become champions and carries the same glimmer as the Larry O’Brien Championship Trophy.

The final shoe will be defined by this year's NBA Champion...