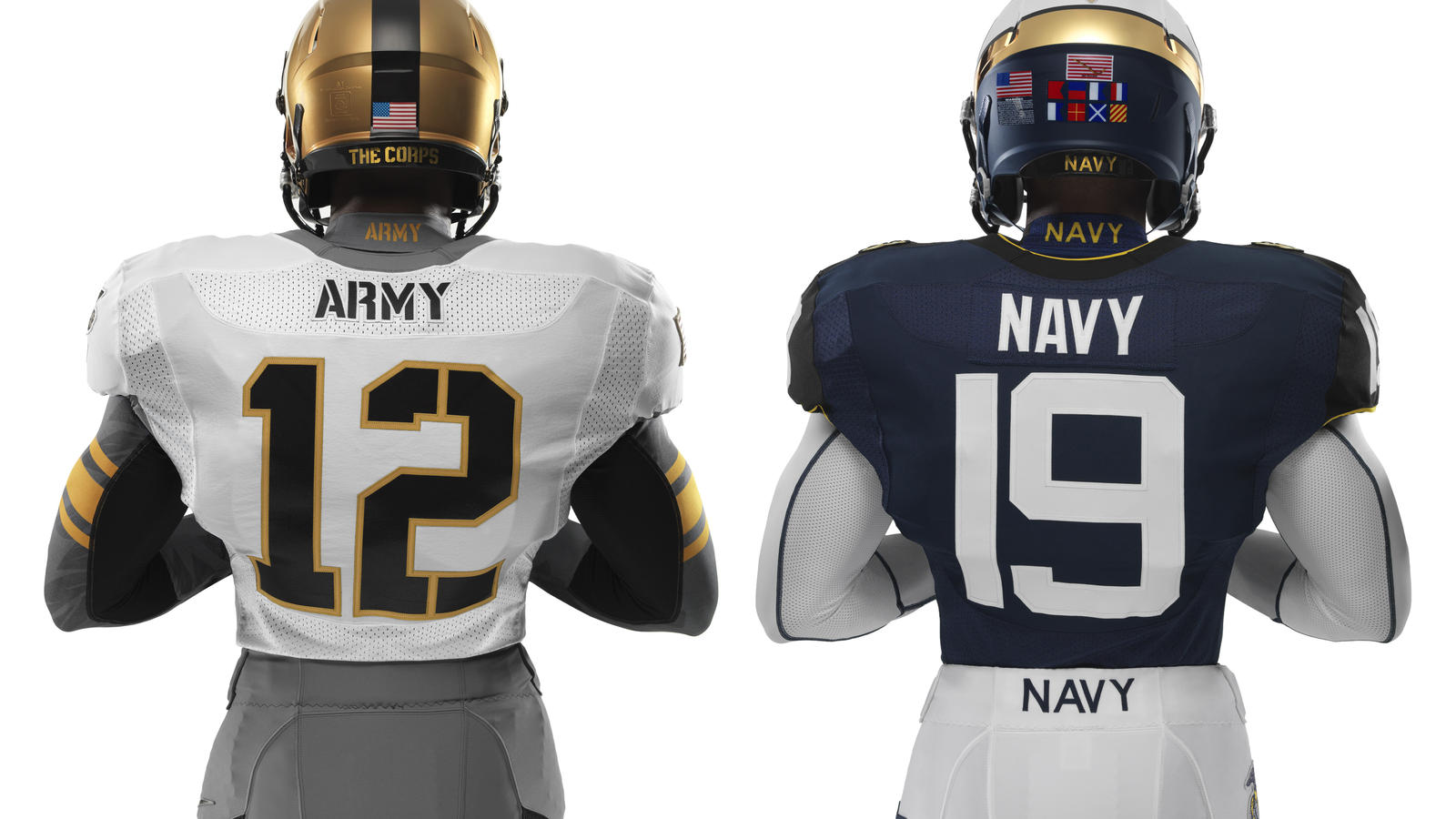 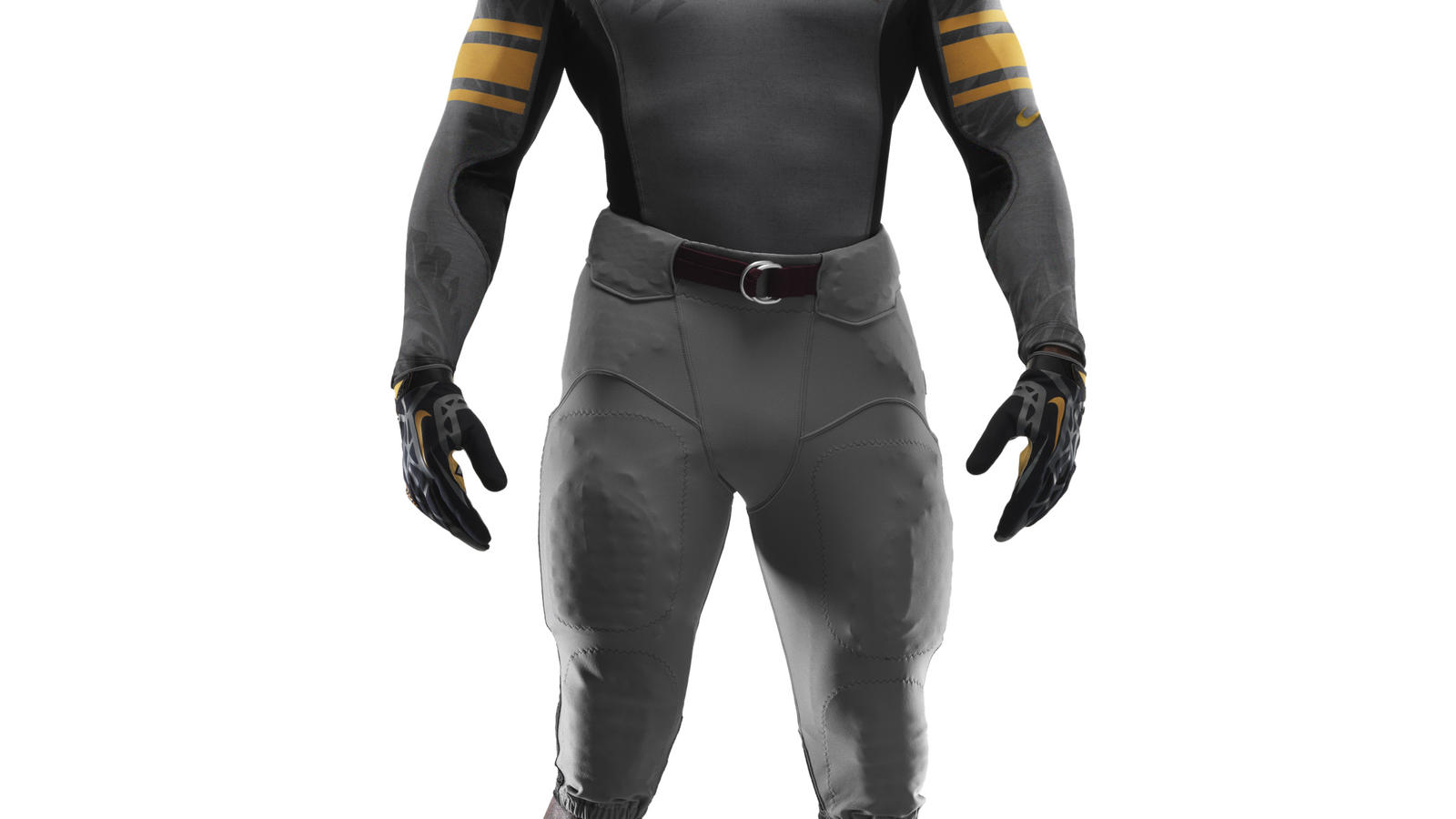 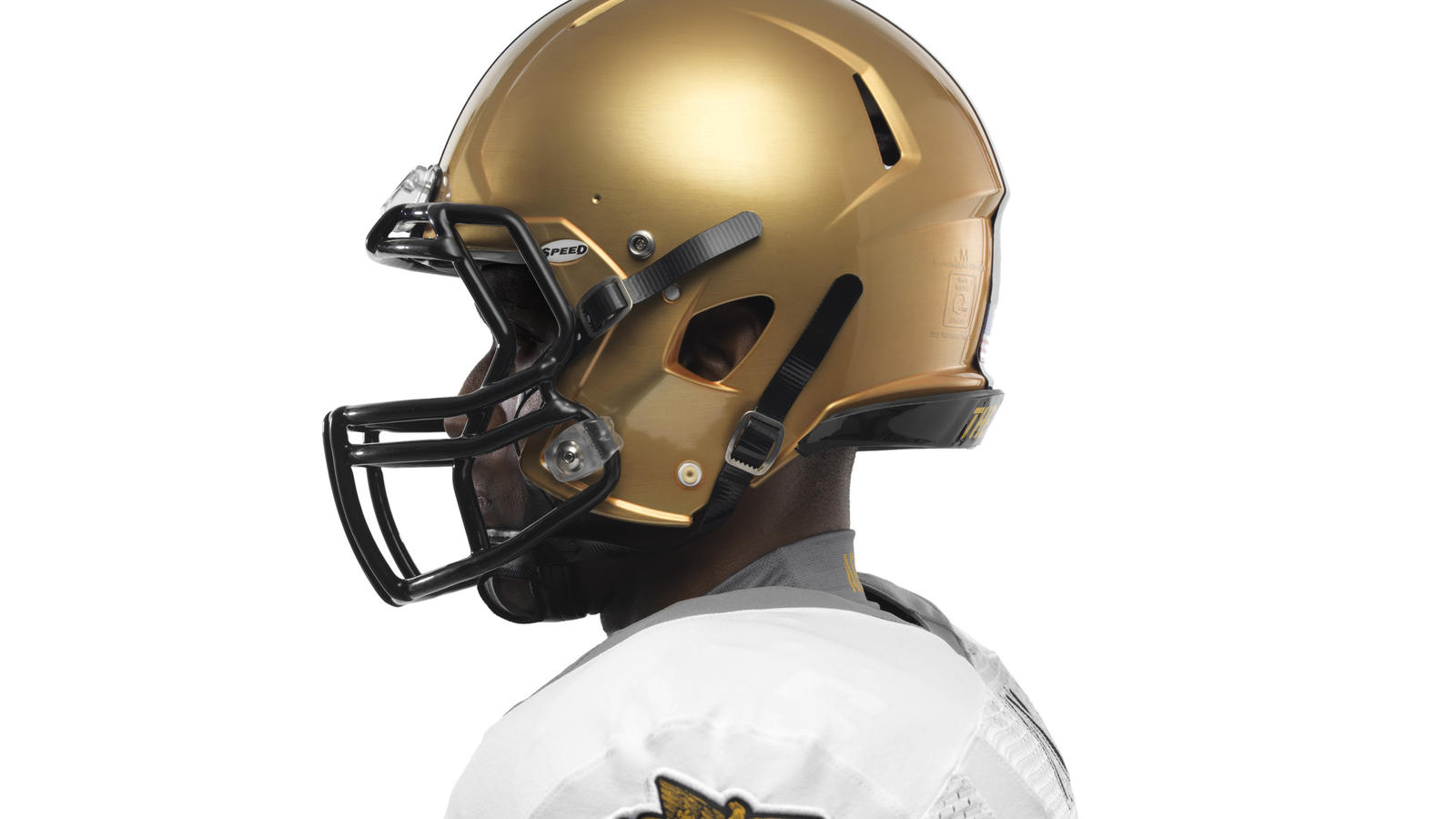 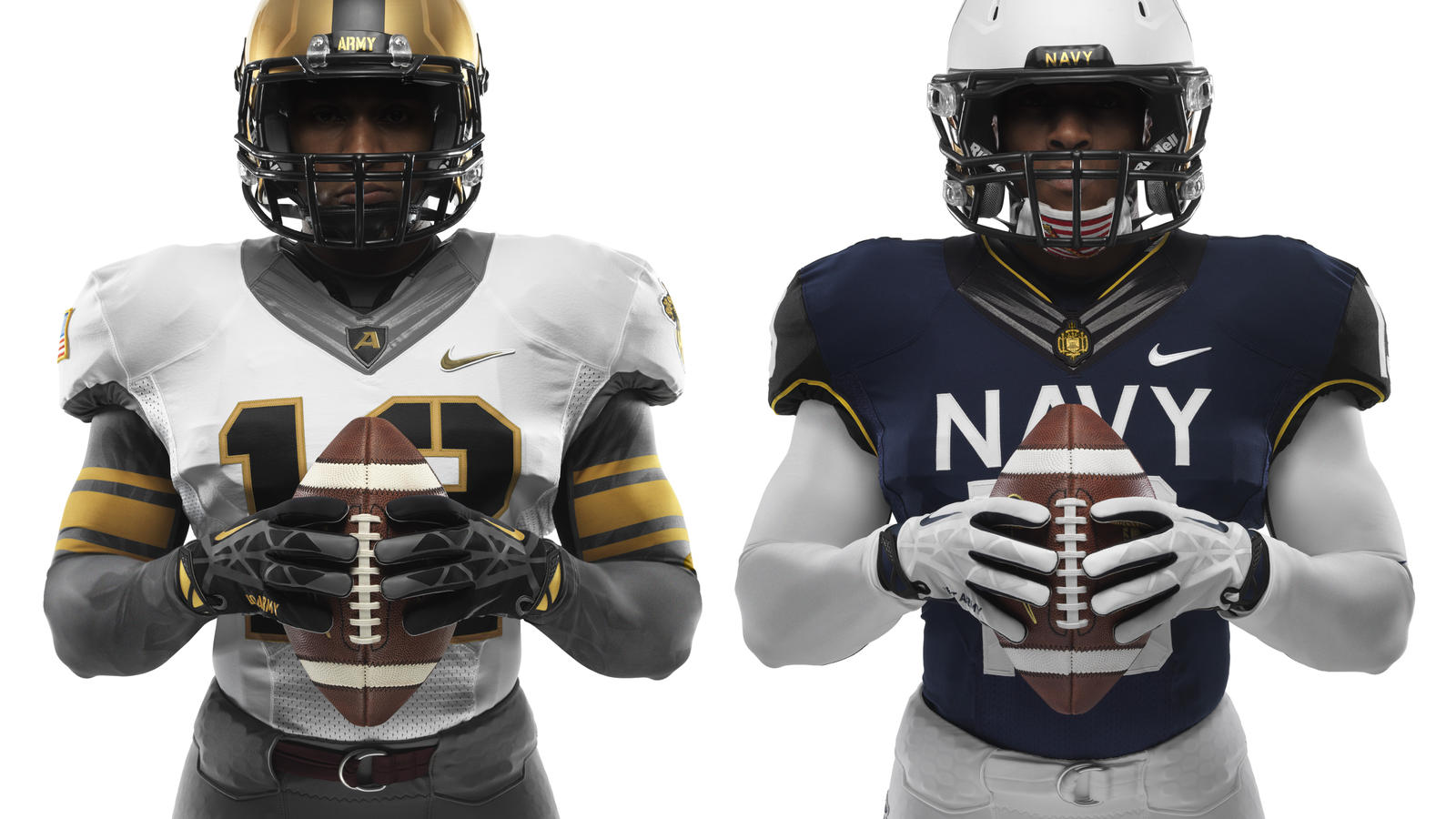 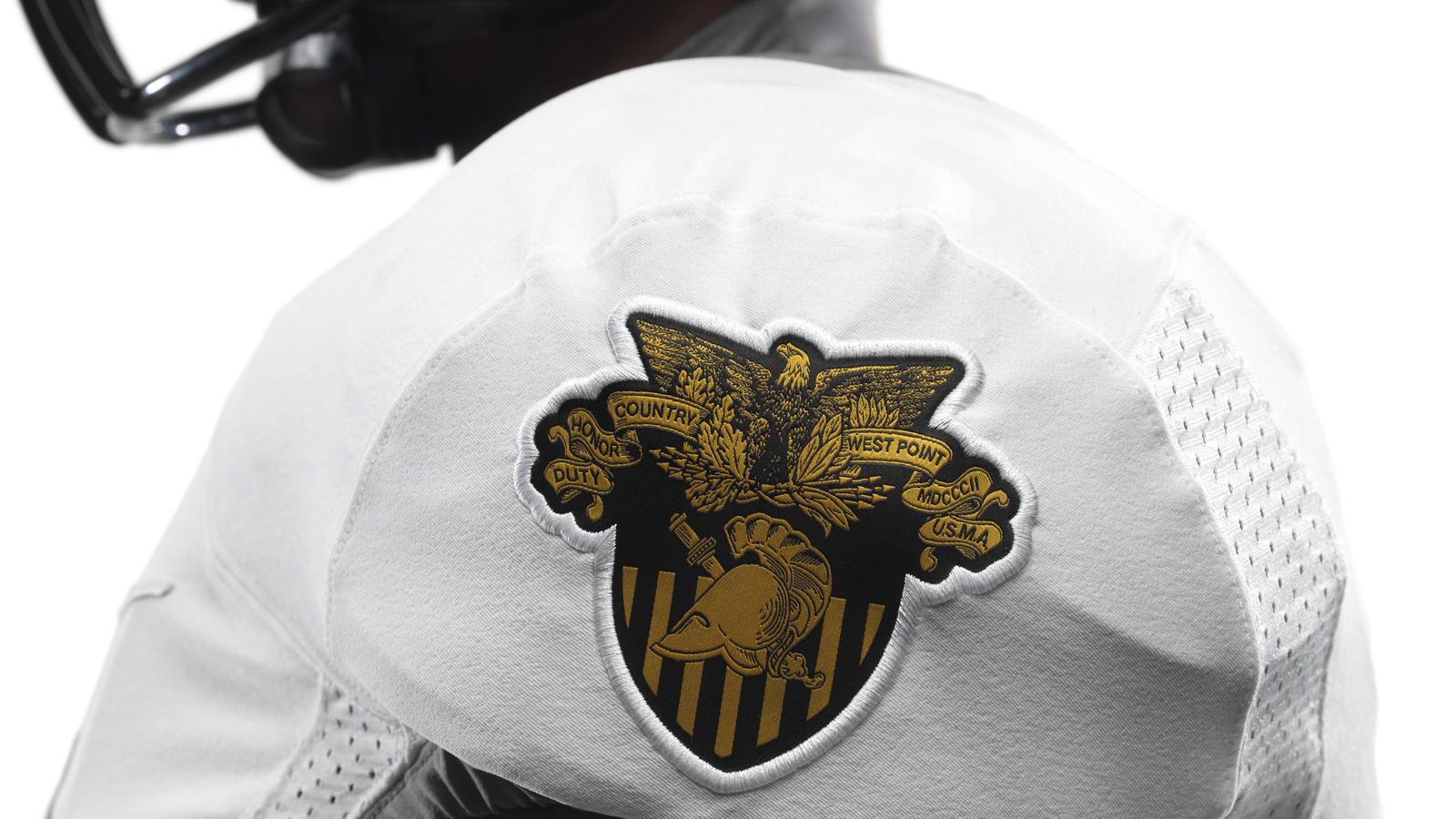 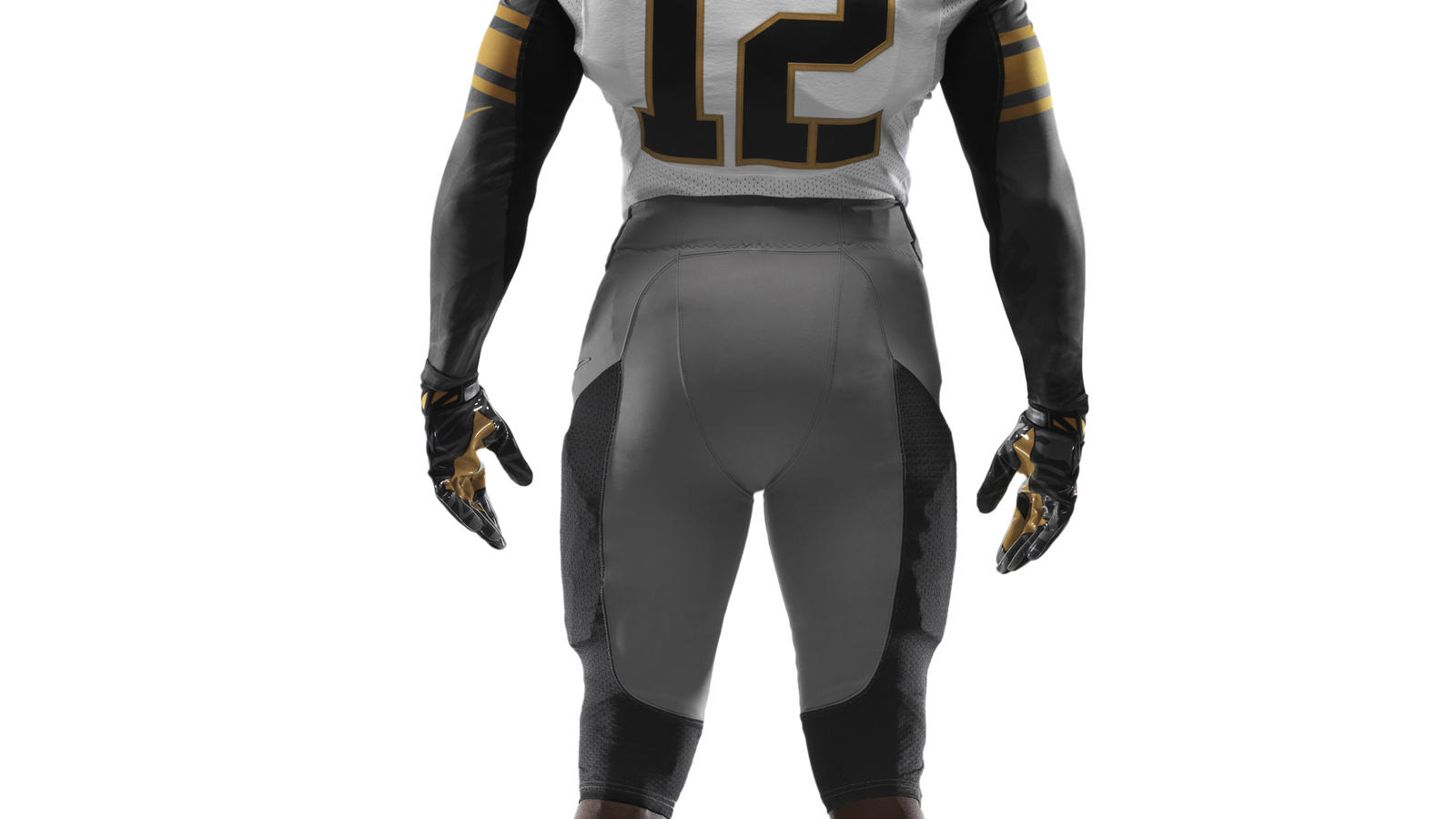 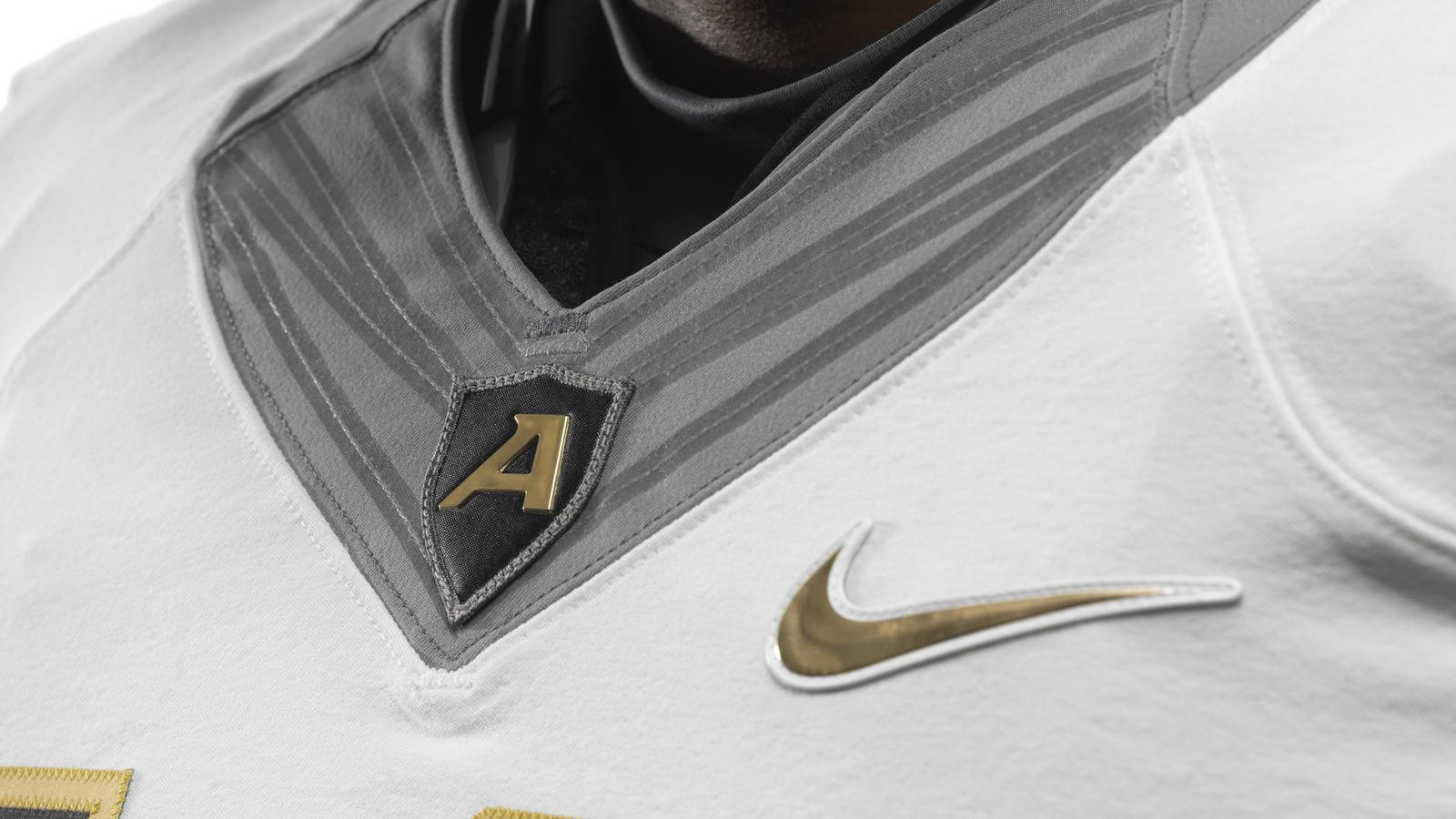 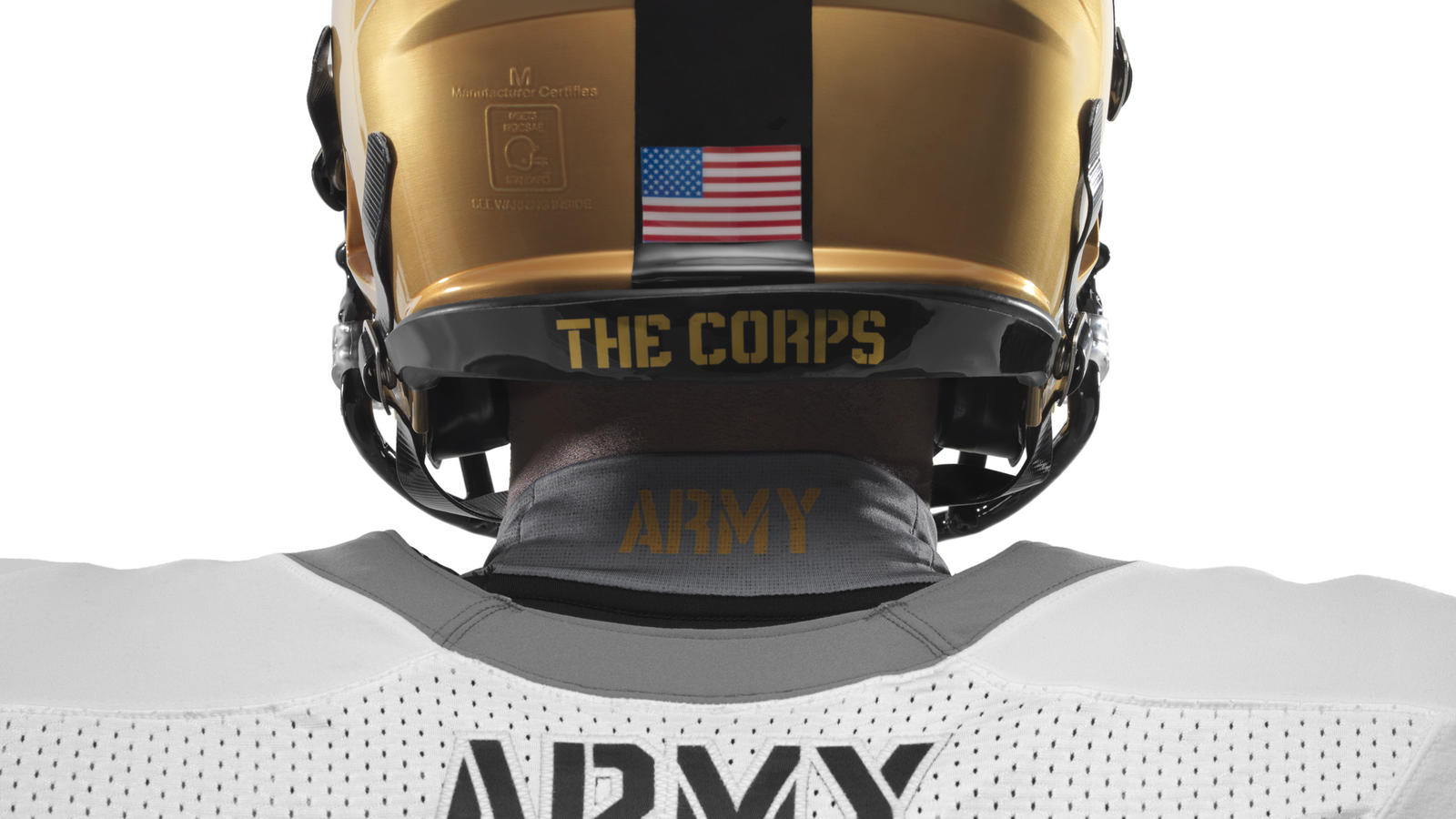 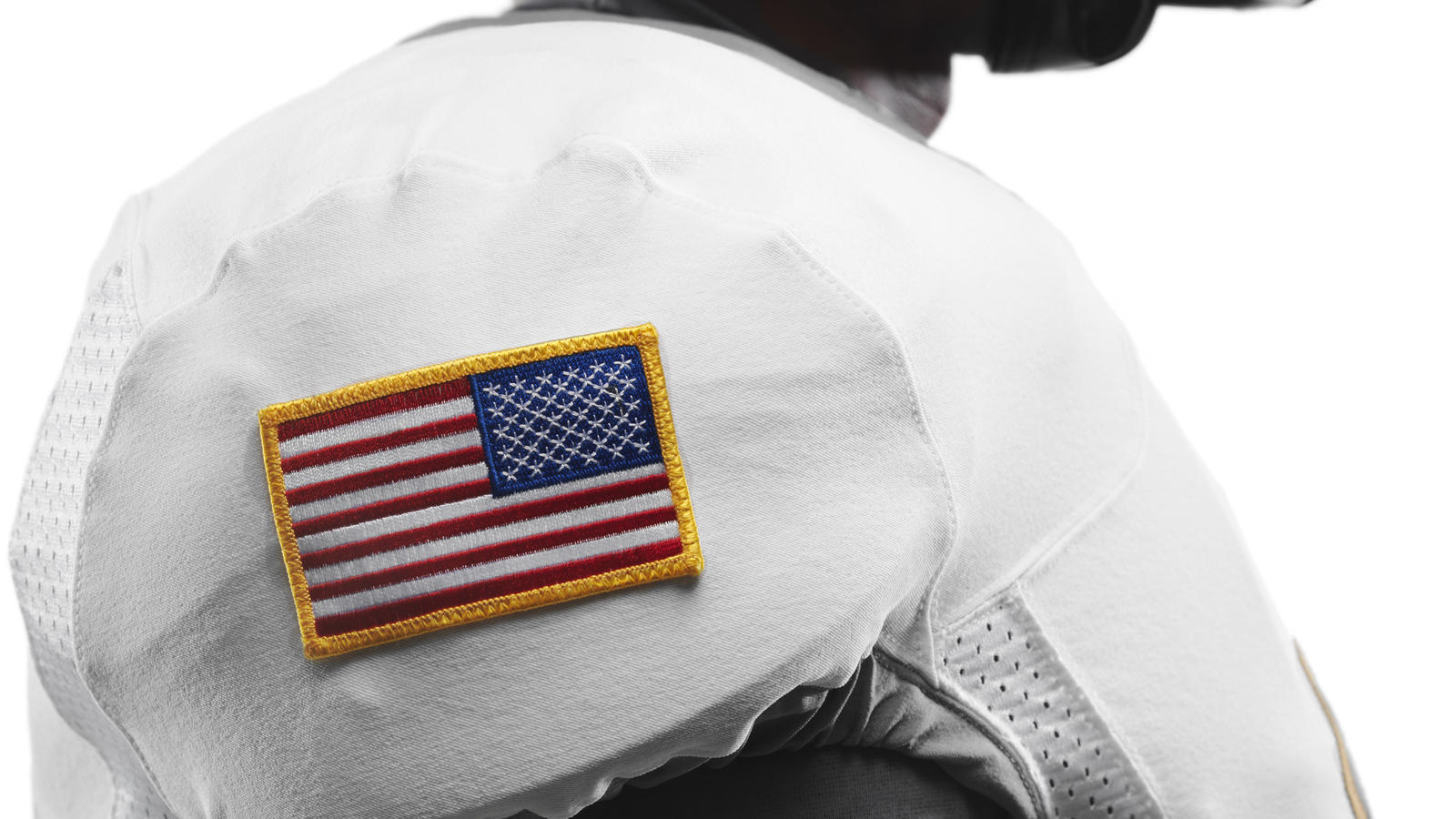 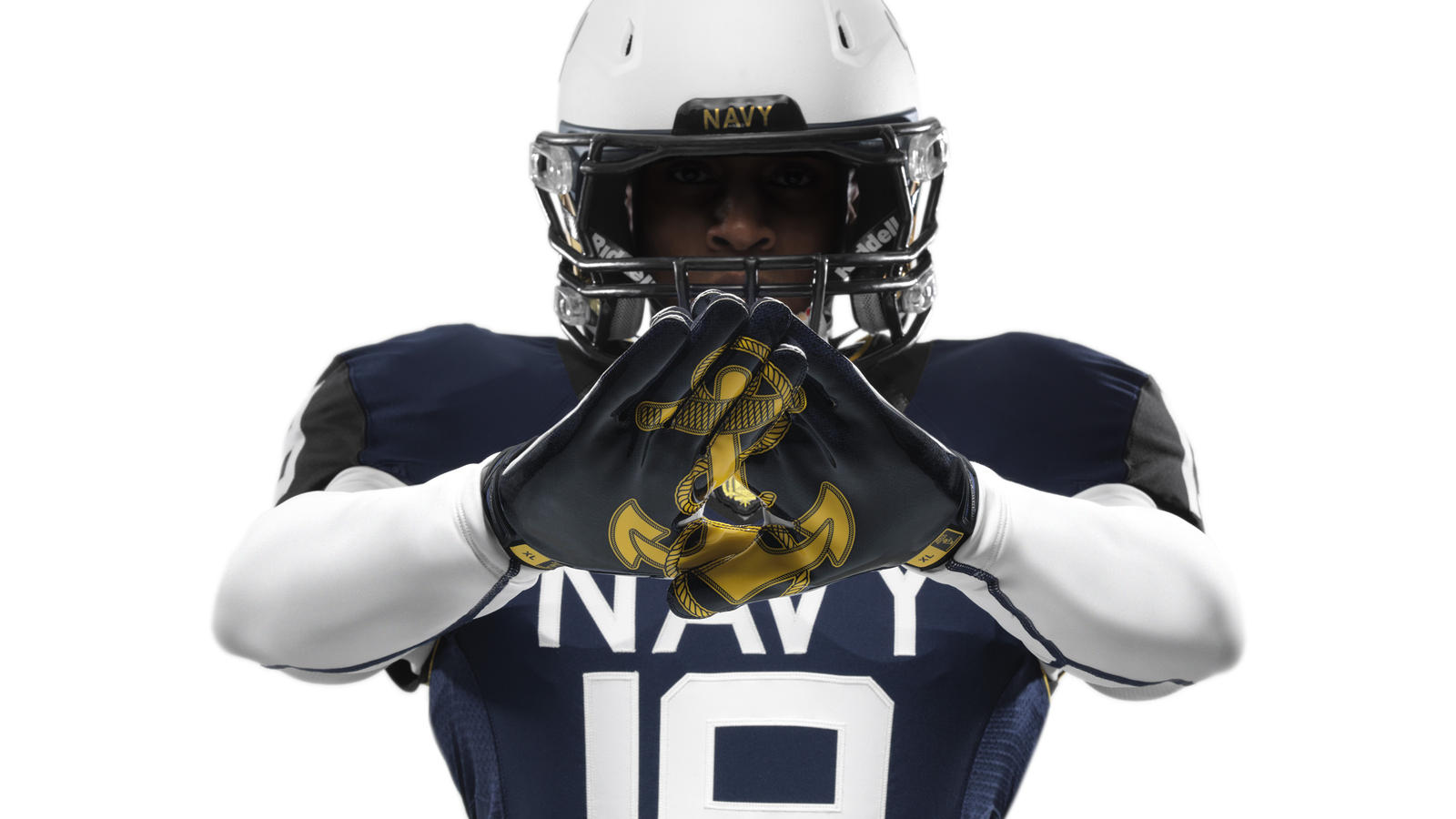 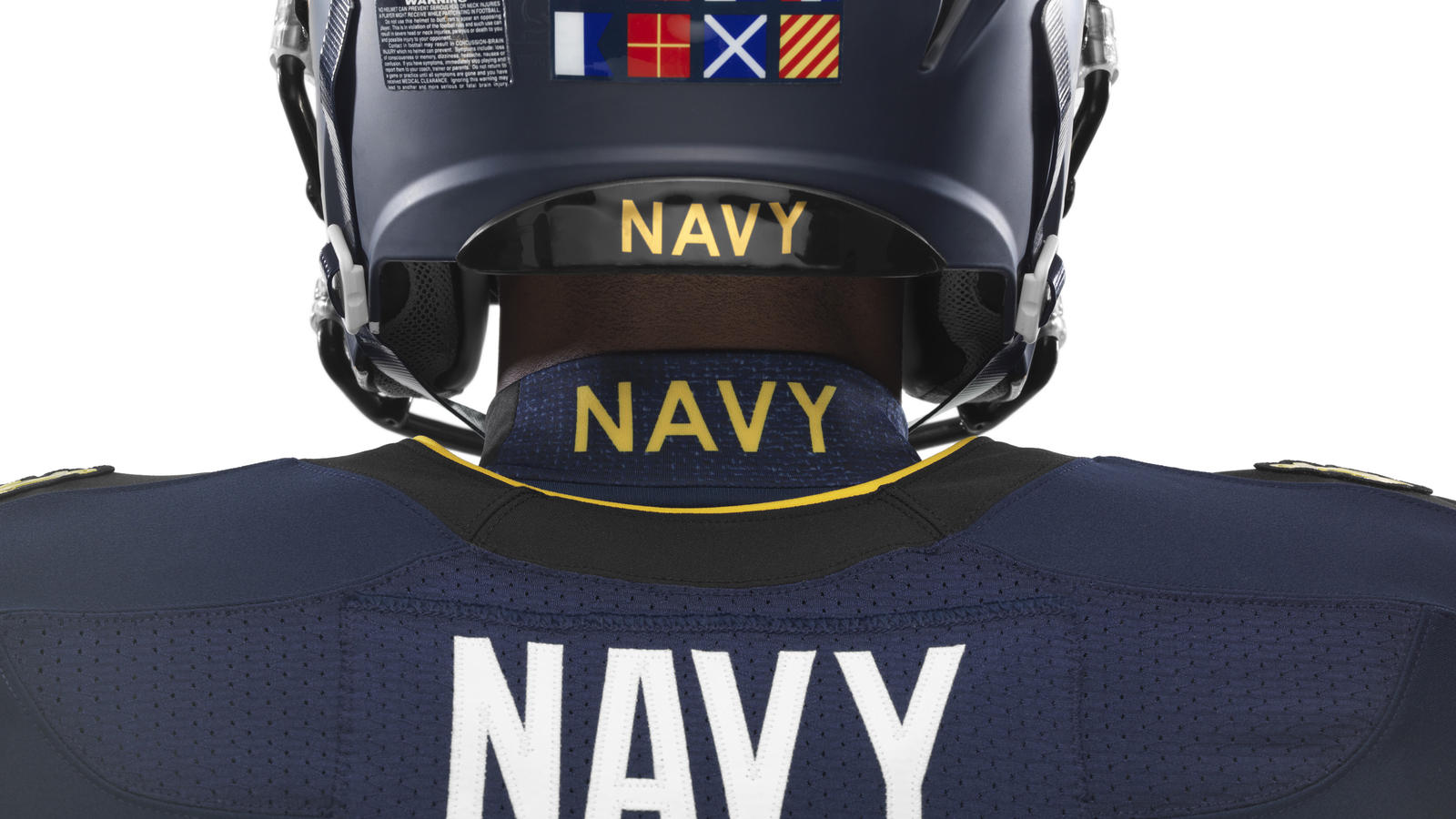 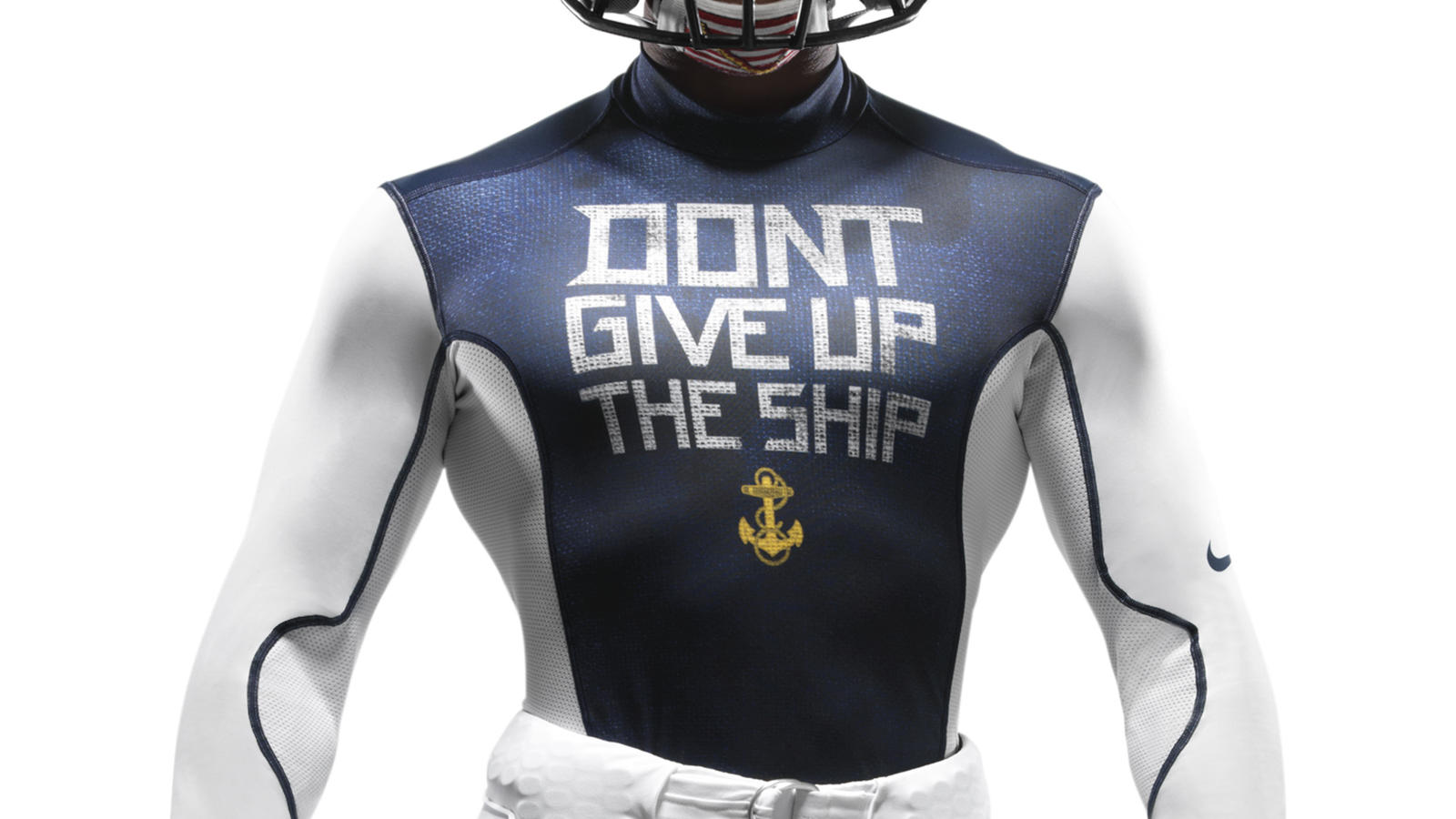 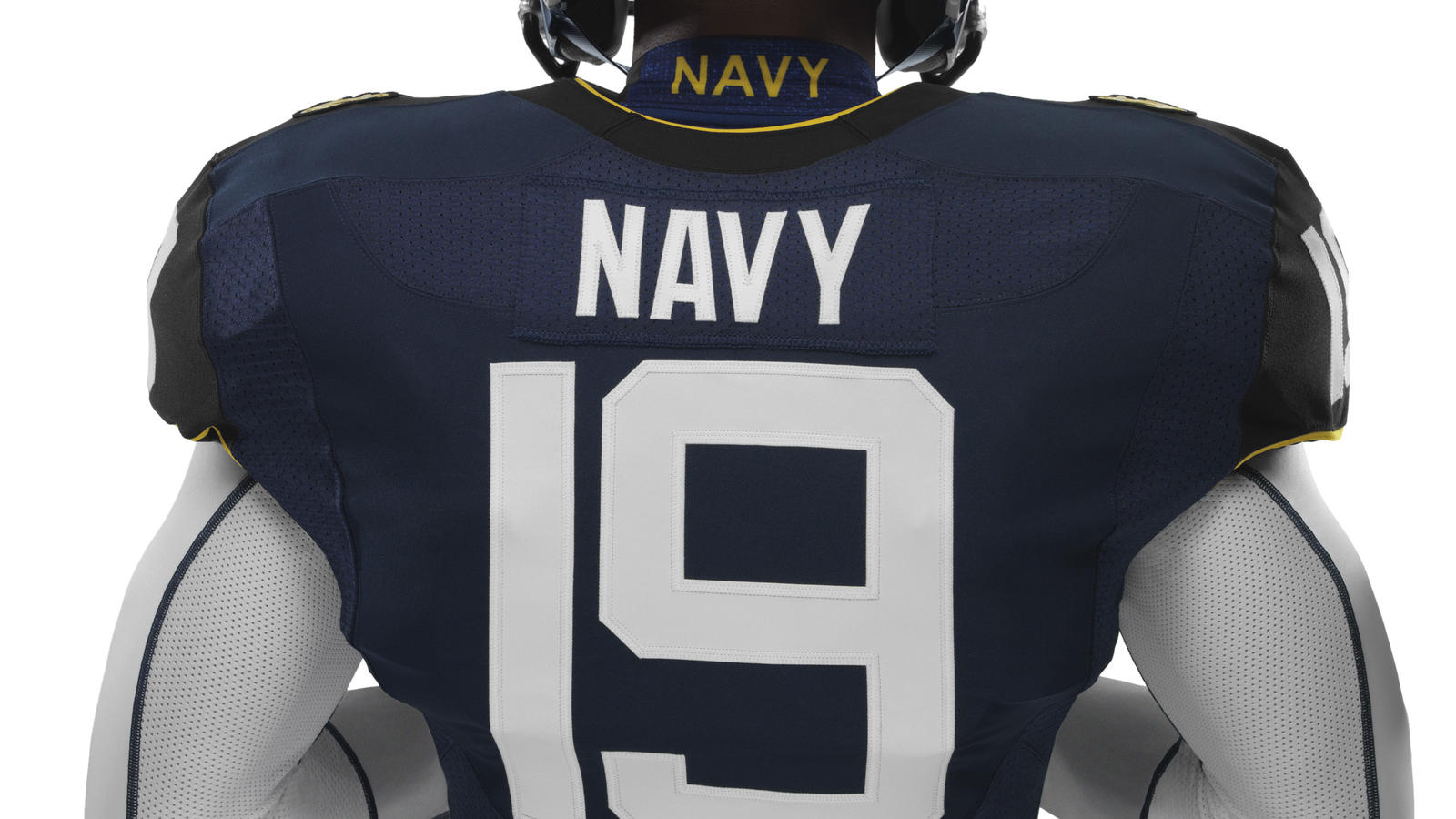 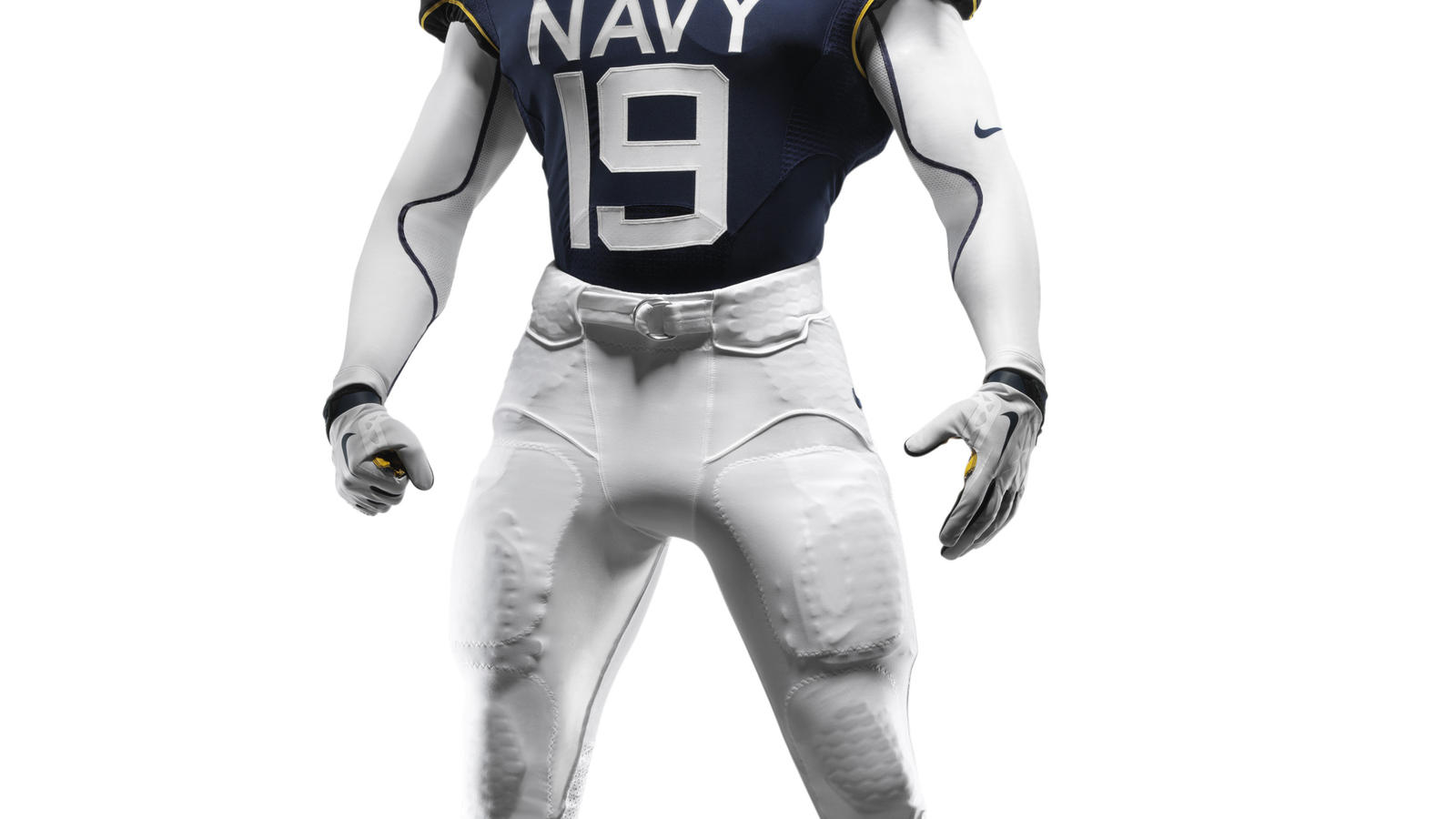 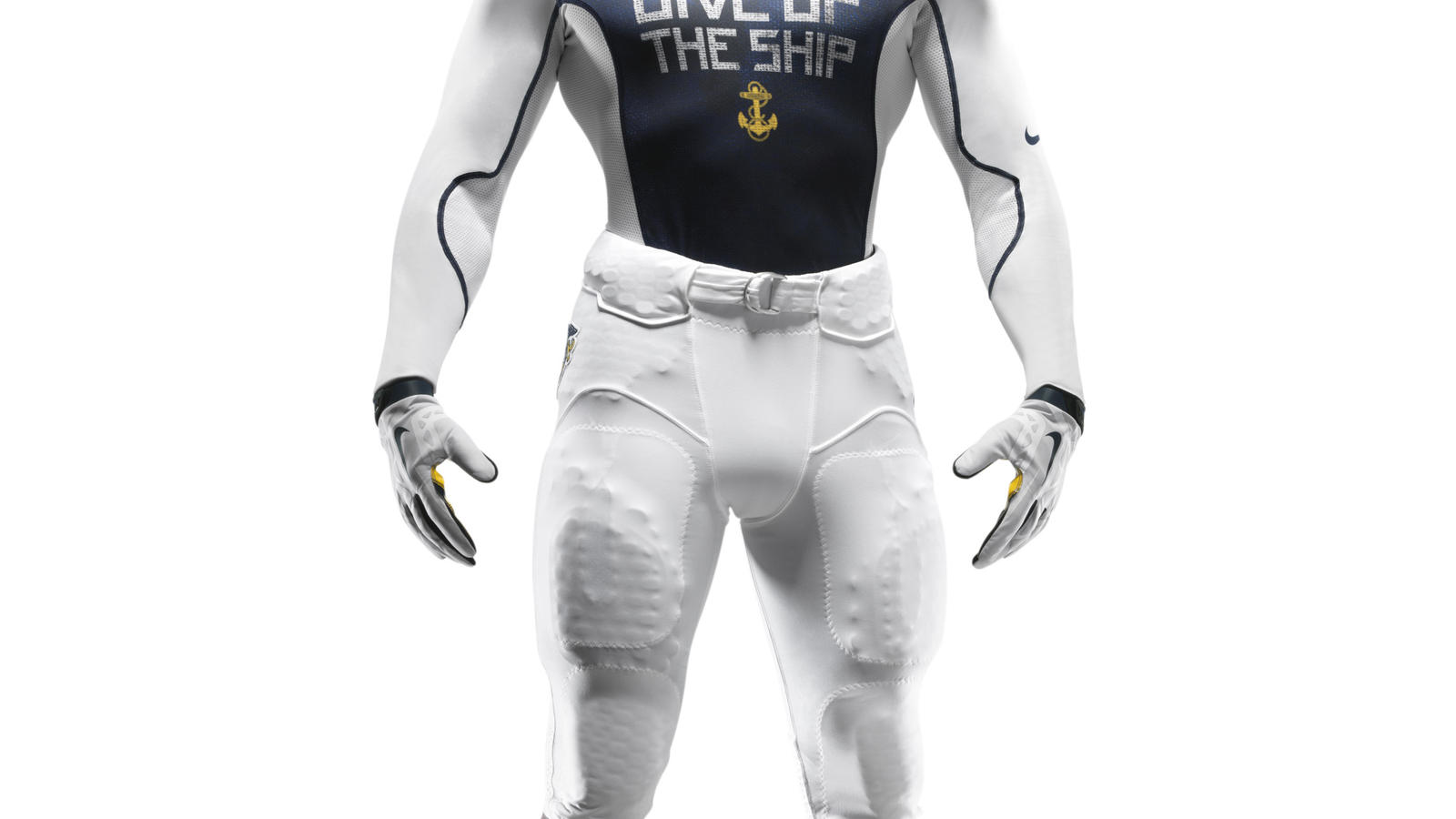 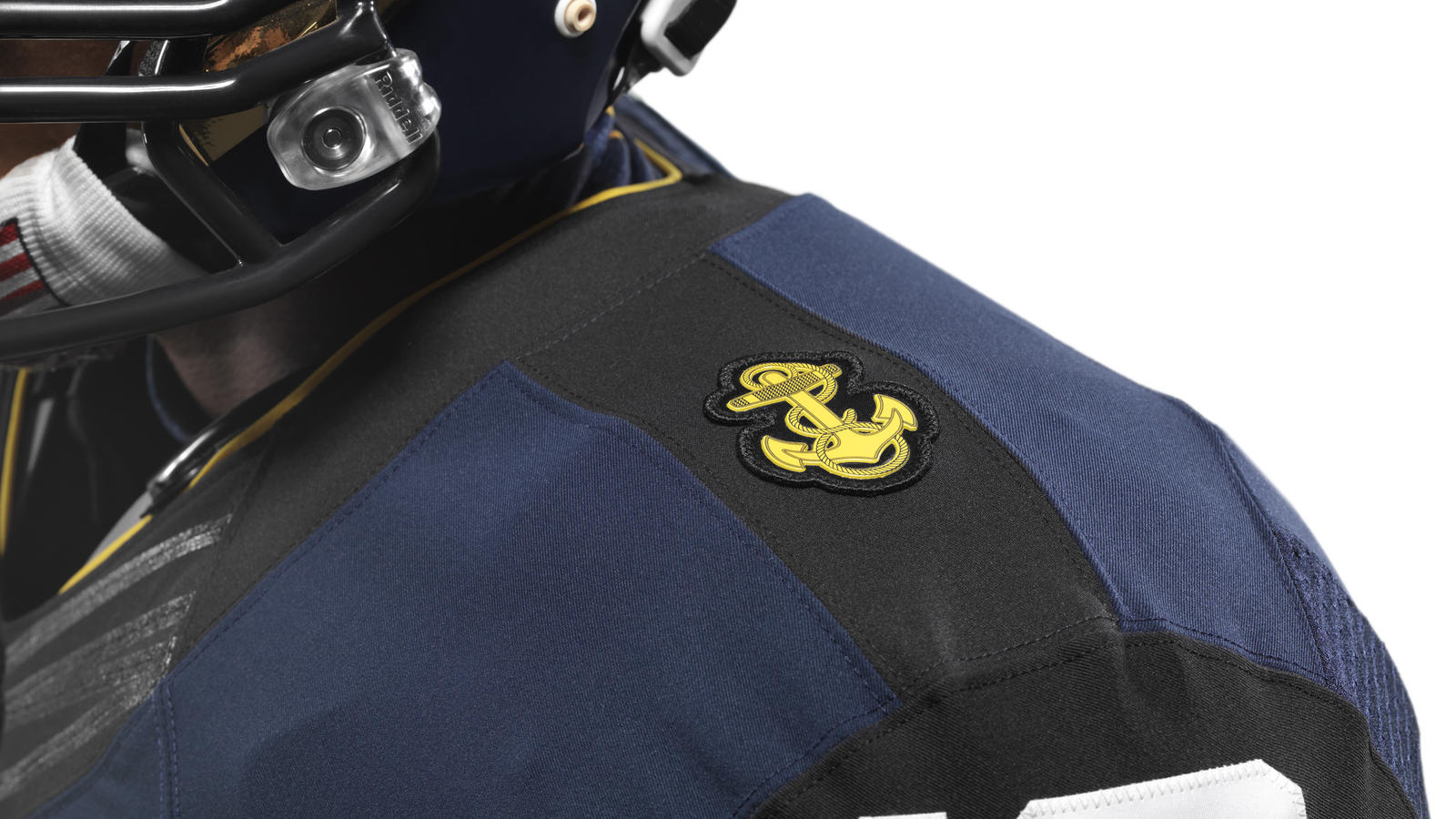 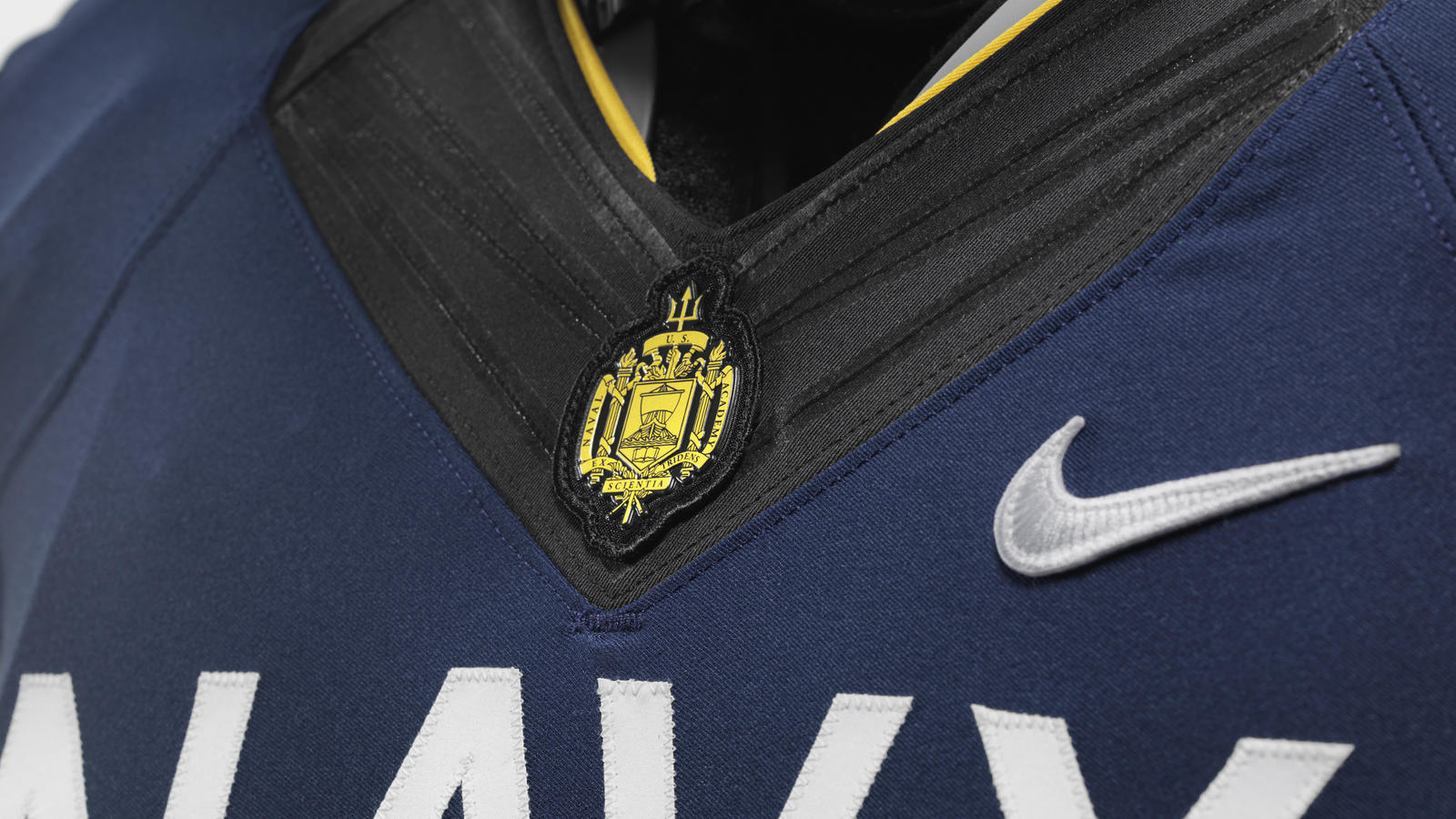 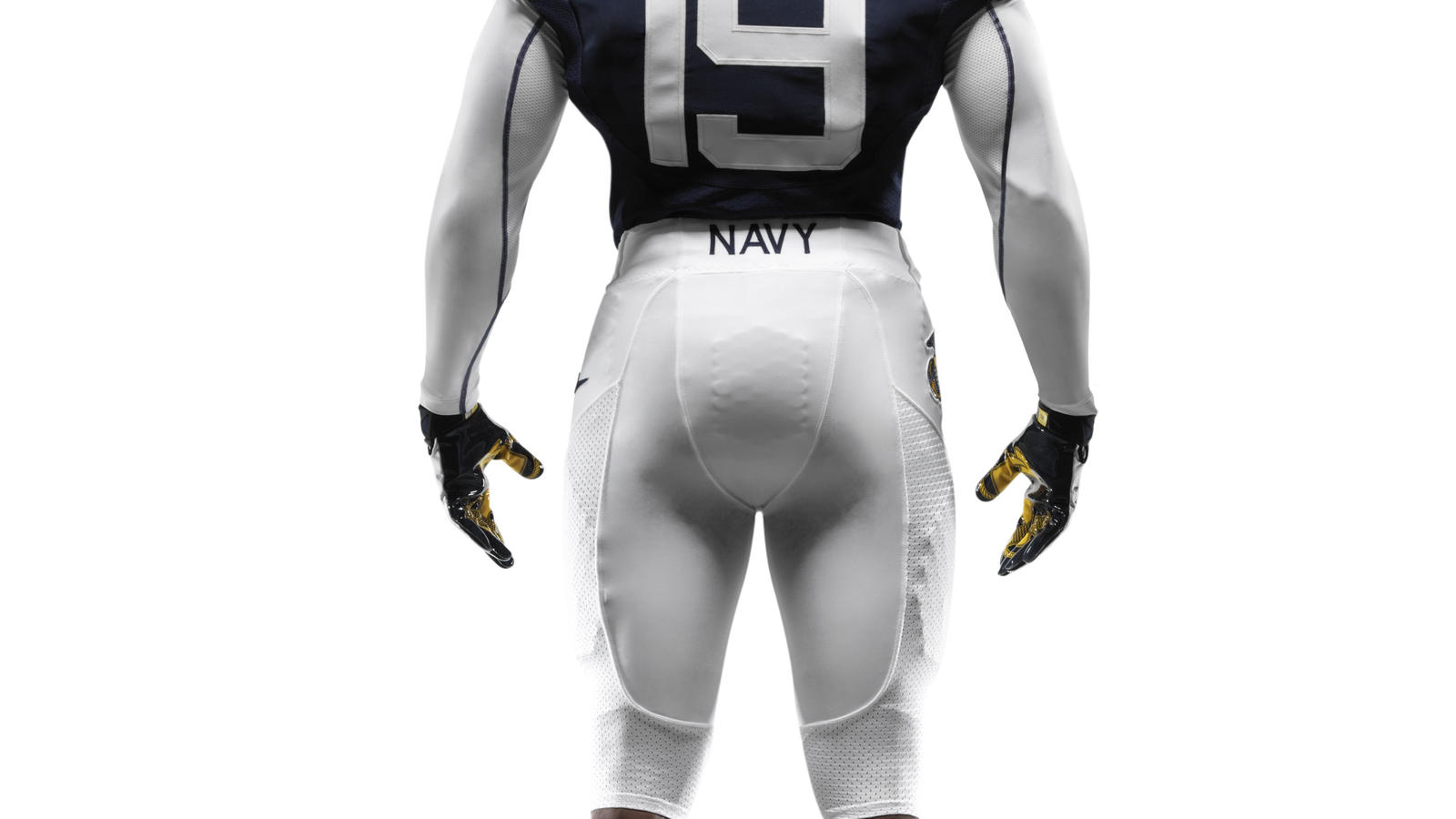 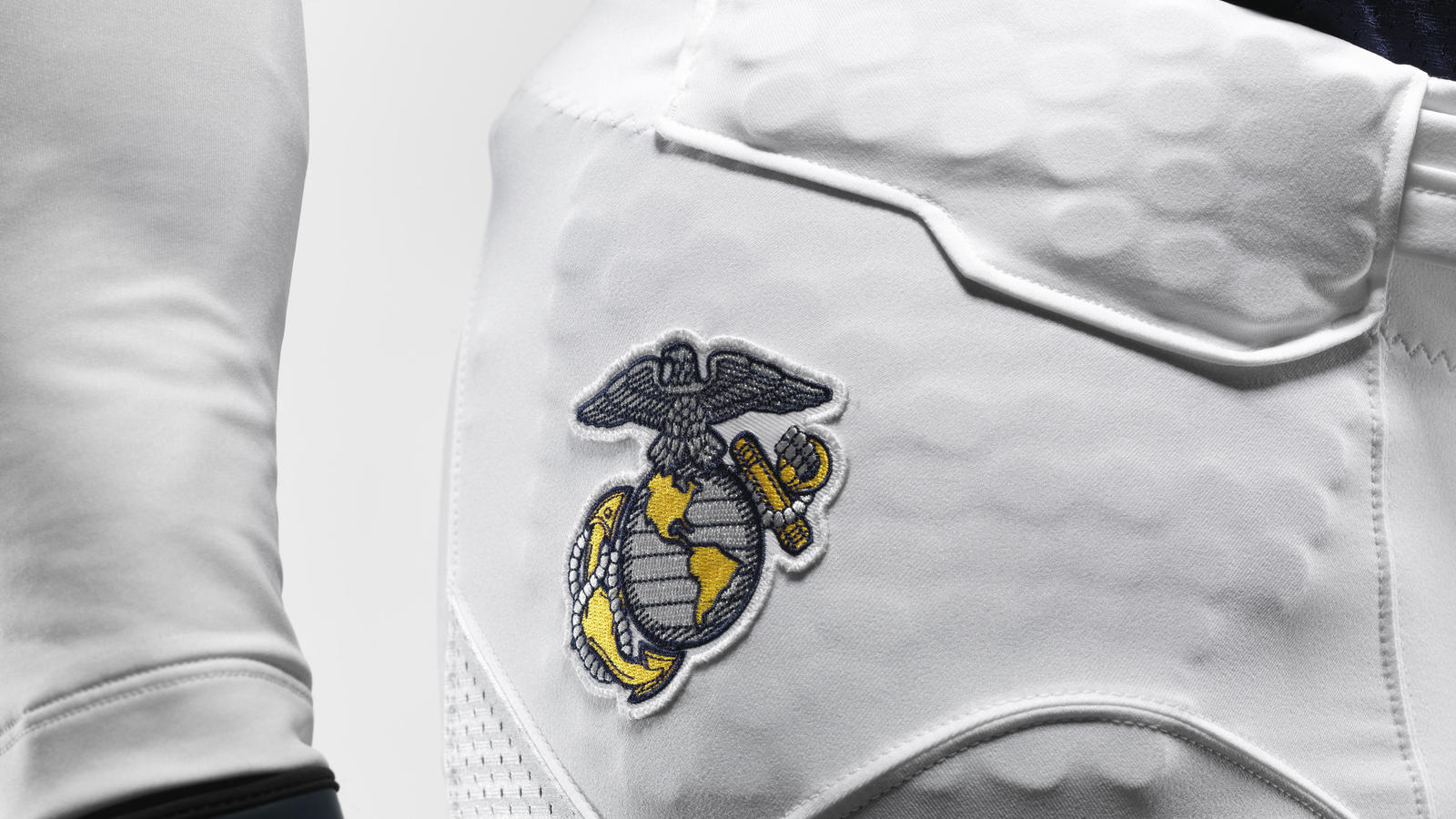 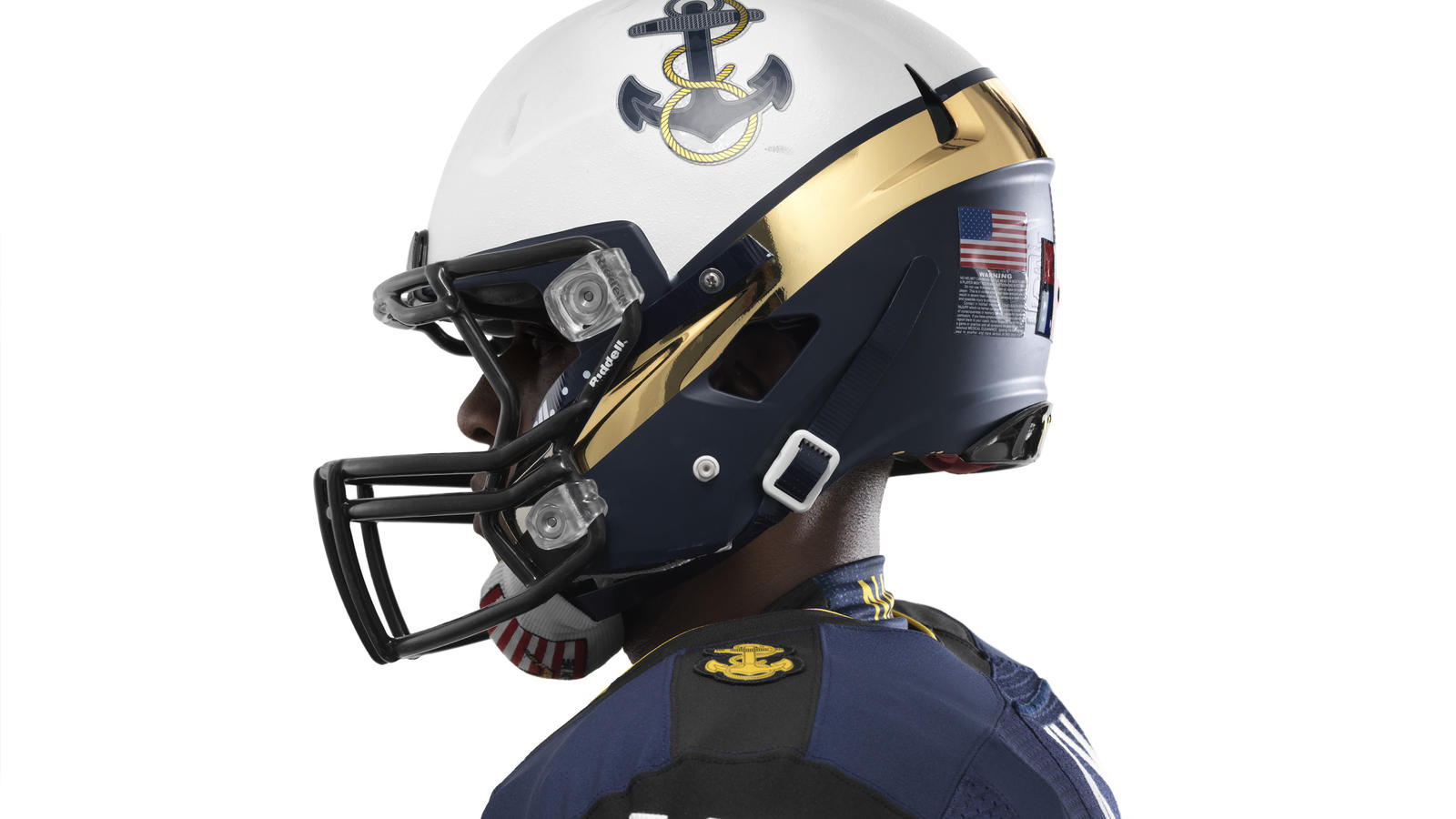 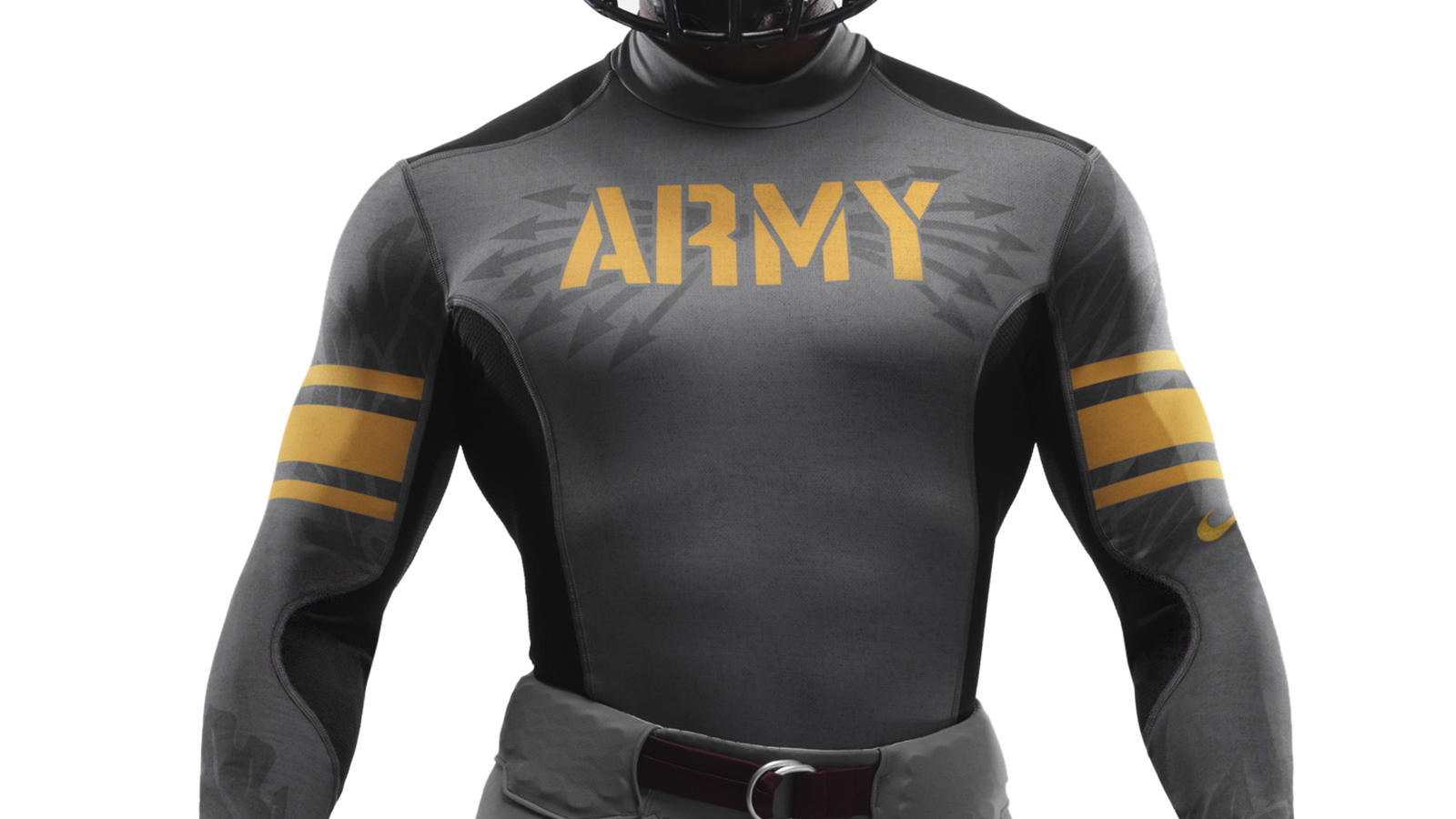 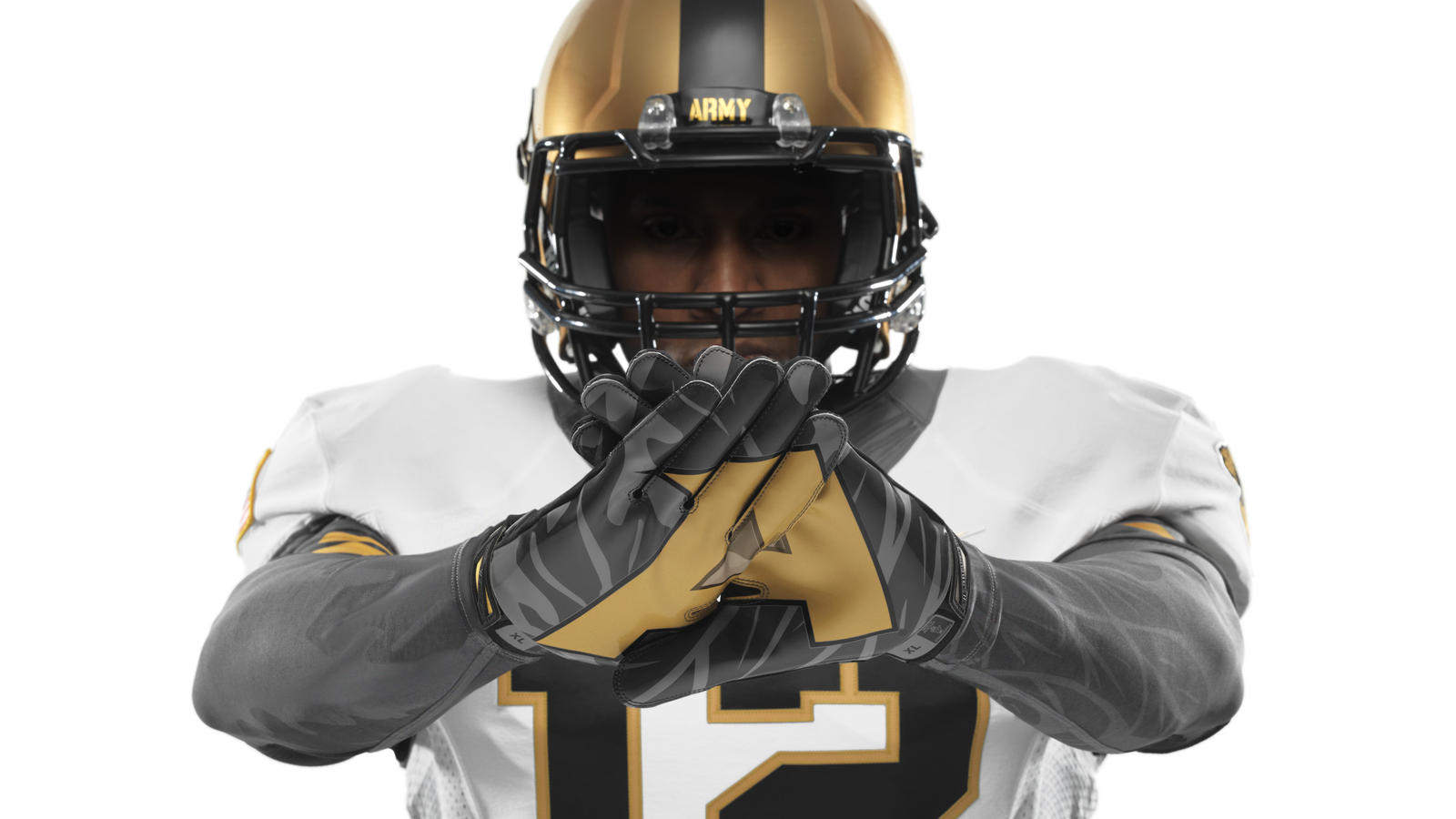 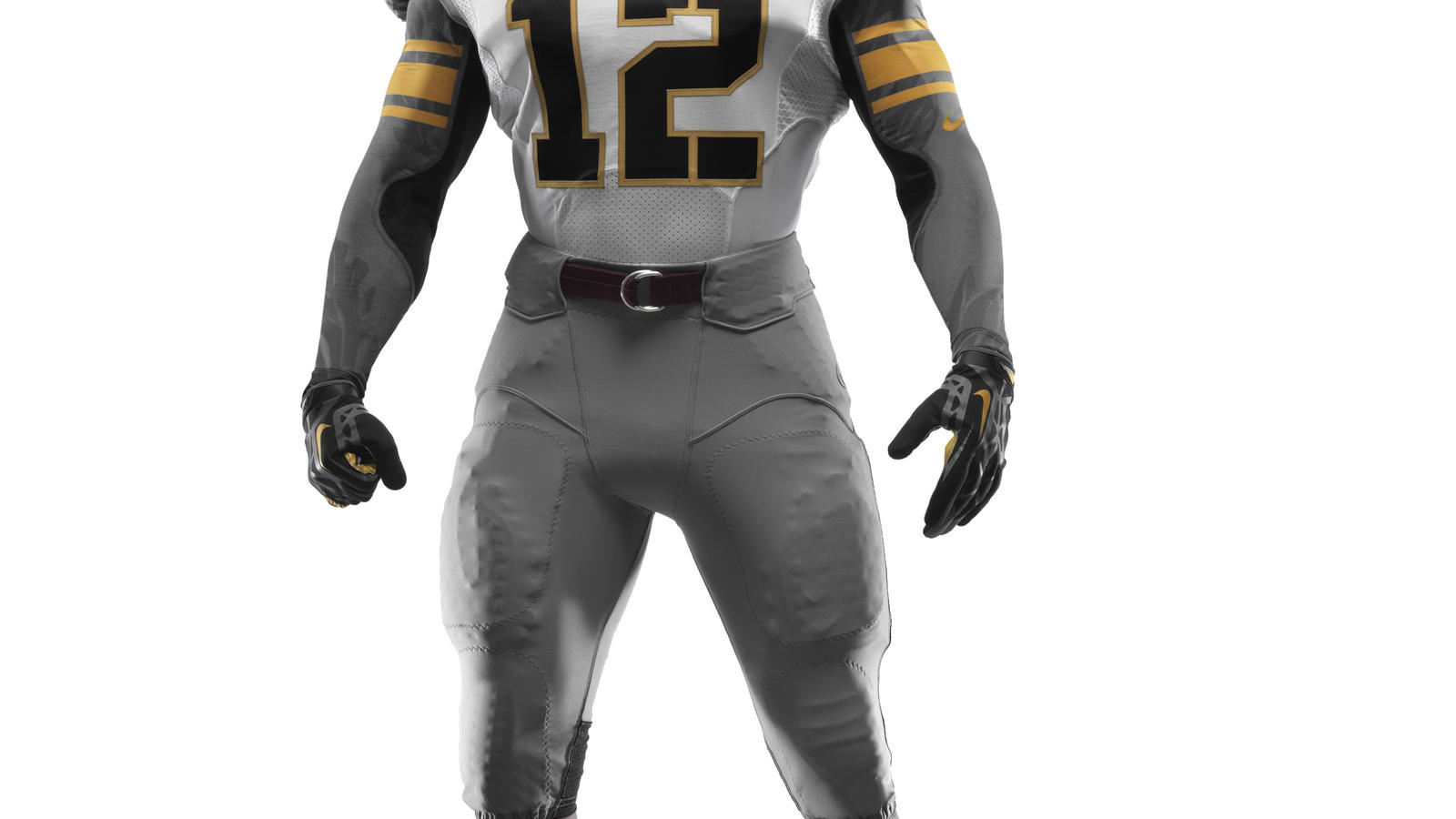 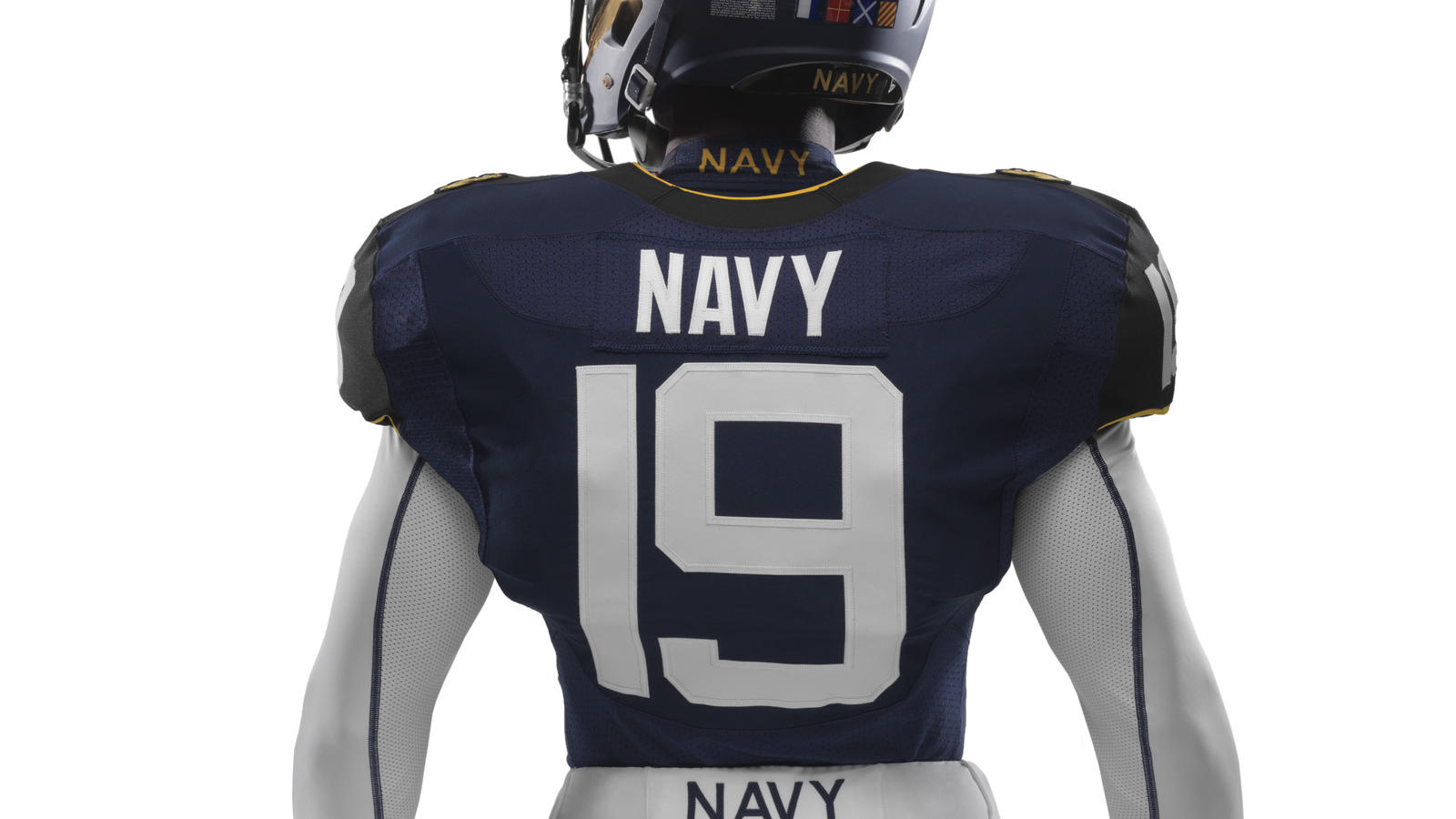 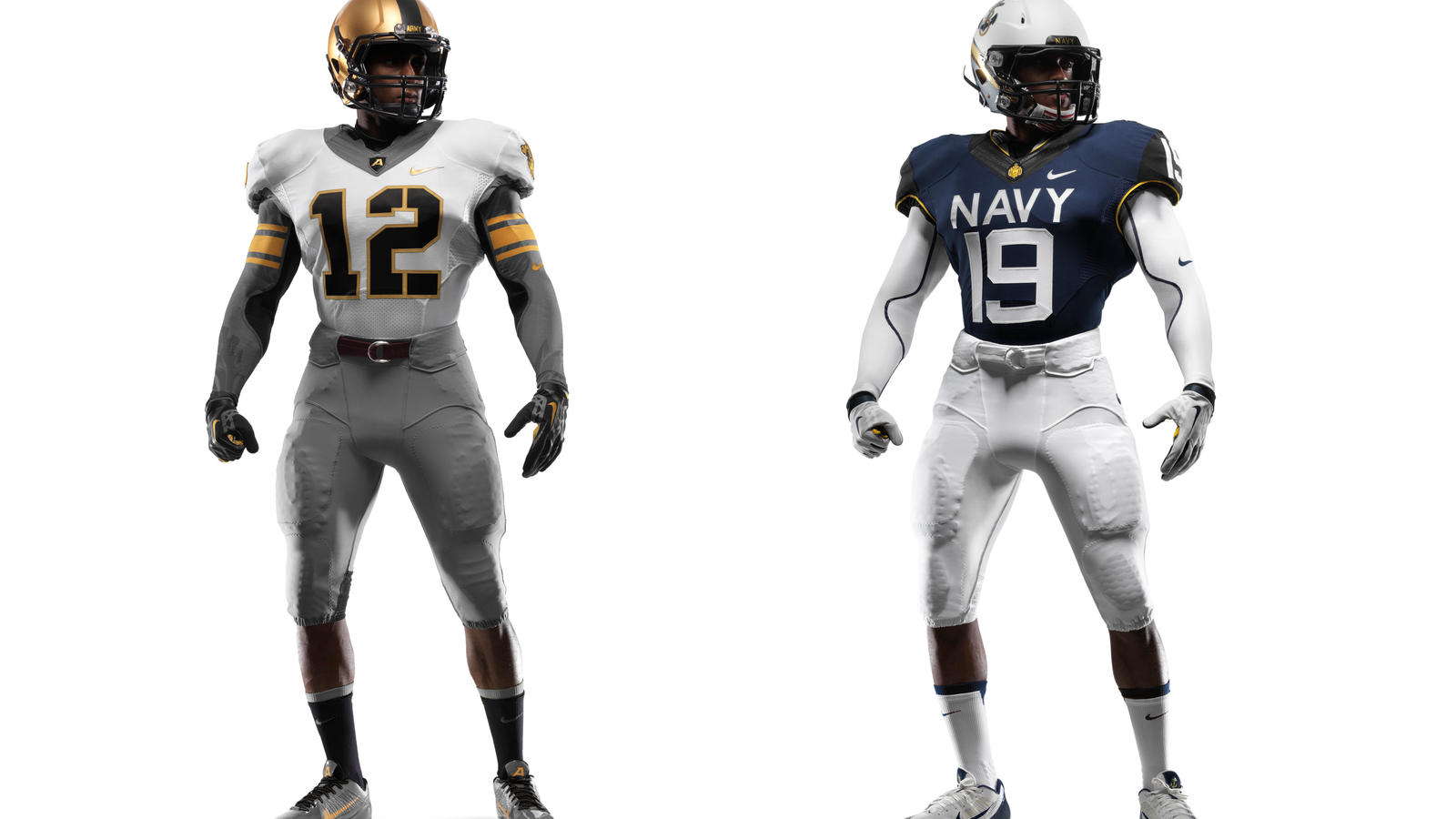 When it comes to football rivalries, none are as steeped in American history as Army versus Navy. In honor of the team’s 2013 meeting, Nike Football designed uniforms highlighting each academy’s rich heritage and drawing inspiration from key historical figures within each respective military branch.

Army’s striking white and grey uniform pays tribute to the enduring legacy of General Winfield Scott, nicknamed “Old Fuss and Feathers” for his insistence on maintaining proper military dress. Scott served as General in the U.S. military longer than any other. During the summer of 1814, in the heat of the War of 1812, General Scott led a company of soldiers to victory against the British—the first U.S. victory on open ground. All West Point cadets still wear the same color grey as worn by General Scott on that day, which carries over to Army’s new football uniform pants and baselayer. The sleeves of the baselayer are decorated with elements of the West Point crest—olive branches (representing peace) on one sleeve, and oak leaves (representing strength) on the other. The Army helmet carries a deep gold hue with a black stripe down the center.

Navy’s uniform design pays tribute to the dying command of Captain James Lawrence: “Don’t Give Up the Ship.” Commodore Oliver Hazard Perry flew a flag emblazoned with the statement during the decisive Battle of Lake Erie, one of the biggest naval battles of the War of 1812. Perry’s charge engrained a never-say-die attitude in the U.S. Navy and the sentiment remains to this day. Mimicking the burlap fabric of the “Don’t Give Up the Ship” flag on display at the Naval Academy, Navy’s baselayer serves as poignant reminder of action-based tradition. The baselayer top also acts as the root for the uniform, which matches a navy jersey to white pants—in step with the Navy’s dress uniform. A Naval officer’s cover serves as inspiration for the helmet design with a thick gold stripe representing the traditional gold braid.

Both the Army and Navy Nike Pro Combat uniforms work as unique systems built from the inside out, as the athlete’s baselayer works in concert with his jersey and pants. The Nike Hyperwarm Shield Max Mock provides athletes with a streamlined, thermo-regulated baselayer that doesn’t sacrifice warmth. This piece features lightweight panels to reduce bulk as well as side mesh gussets allowing for a full range of motion and extra breathability. Nike Dri-Fit Max twill accelerates the pull of moisture from the skin, keeping the body dry and helping to eliminate chill. Nike Shield Technology provides additional water repellency on the arms to prevent outside moisture from contacting the skin.

Both teams will wear the Nike Alpha Pro Cleats and Nike Vapor Jet 2.0 Shield Gloves. Made using seamless Nike Hyperfuse construction on the back of the hand for wind and water-resistance, the Nike Vapor Jet 2.0 Shield Glove is equipped with a fleece lining for extra warmth. The palm features Nike Magnigrip material to catch in any condition. With a 3/4 length Phylon wedge at the midsole, the Nike Alpha Pro Cleat promotes forefoot control through low profile cushioning. The bladed cleat base provides 360-degree traction for precise cuts on all surfaces.

The 114th meeting between Army and Navy takes place on Dec. 14 at Lincoln Financial Field in Philadelphia, PA.