ANY SPORT, ANY TIME: GEAR UP FOR GREATNESS

Every summer across the U.S., pickup games surge and serious preparation for the fall season begins. The Nike Gear Up campaign highlights the key services and products athletes need to perform, whatever their goal or sport.

Part of the campaign, a new film, "Short A Guy," features a kid experiencing the ultimate day of sport as star athletes pull him into a series of summer pickup games. Each exhorts him to participate with the cry: “Hey, kid, we’re short a guy – wanna play?” And at every challenge, he excels with the help of his Nike gear.

Along the way, the kid plays stickball with baseball MVP Mike Trout and pitcher Garrett Richards, as well as beach volleyball with three-time gold medalist Misty May-Treanor. He faces off against lacrosse superstars Lyle and Miles Thompson; gets coaching from soccer legend Mia Hamm; catches a touchdown pass from NFL Pro Bowler Andrew Luck and finishes his day at the court with NBA star Anthony Davis.

“Nike is about providing you with the gear and services you need to be the best athlete you can be. The 'Short A Guy’ film and the #TakeonTJ campaign will drive people to our Gear Up hub on Nike.com, where they will find the best of Nike waiting to help them gear up for greatness this summer,” says Nike North America VP of Marketing, David Schriber.

Nike is also aiming to motivate people to get ready for the season and Gear Up through the #TakeonTJ social and digital campaign. The campaign builds on the insight that everyone knows a TJ: He’s the one who came first when you came second, the girl who got a second wind when you got winded or the guy whose season average is your season high. #TakeonTJ aims to point out that while some people might spend summer online, next season’s leaders are already out training. 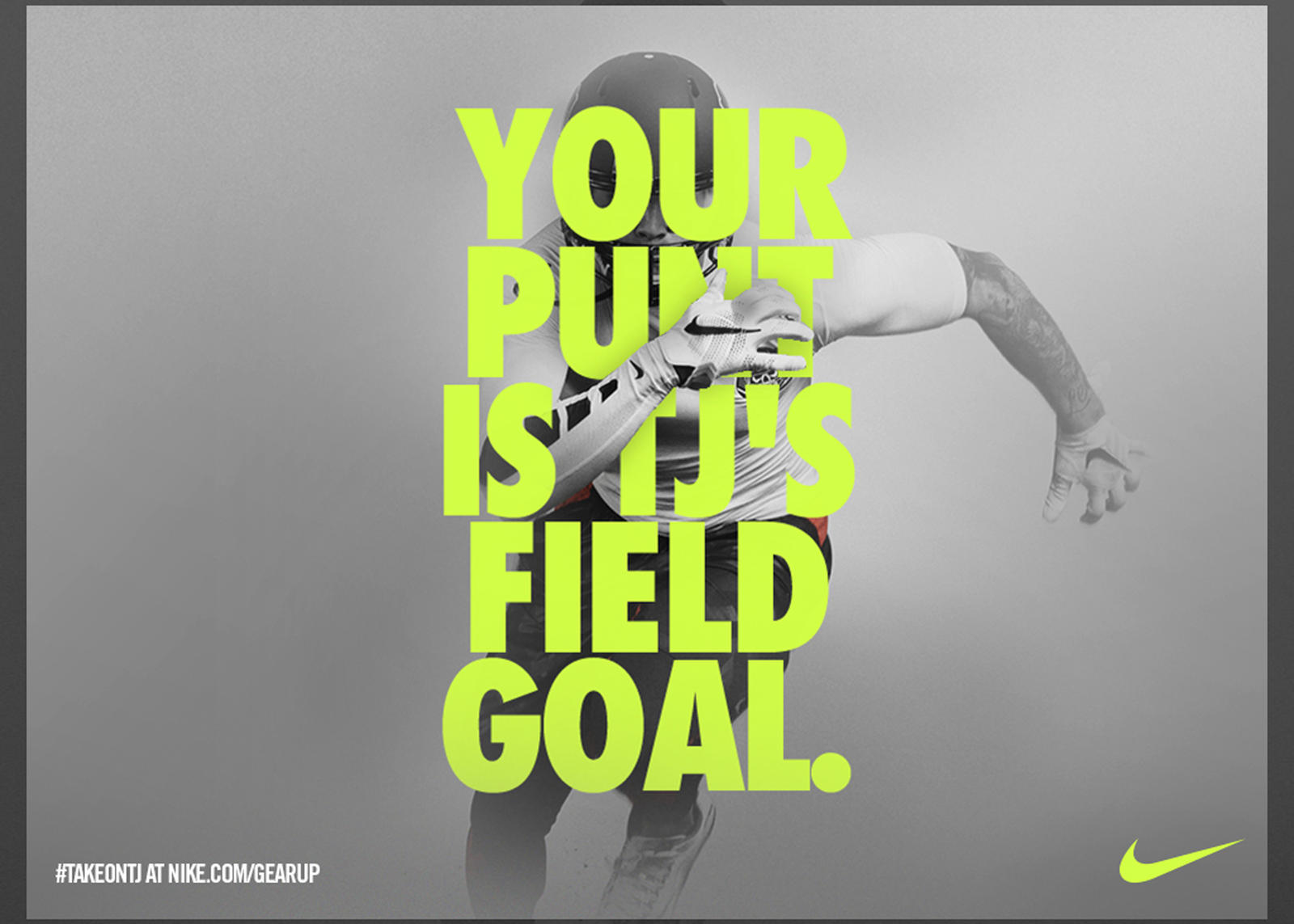 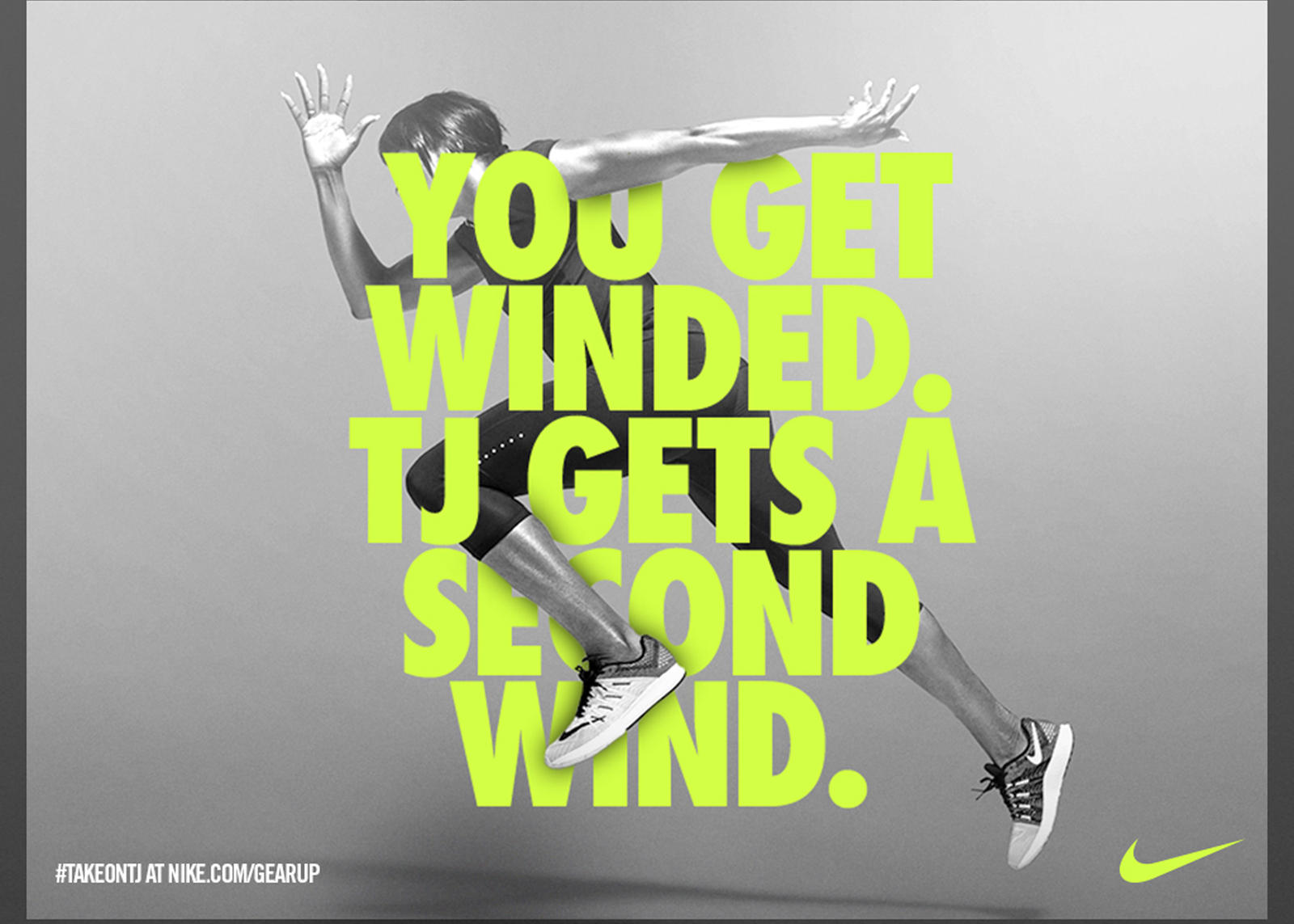 Gear Up at Nike.com

Nike’s new Gear Up hub at nike.com invites athletes everywhere to easily find all the services and products they need to gear up for individual sports, goals, teams and, ultimately, the season ahead. Features include:

The hub also includes online advisors who can provide coaching and equipment tips.