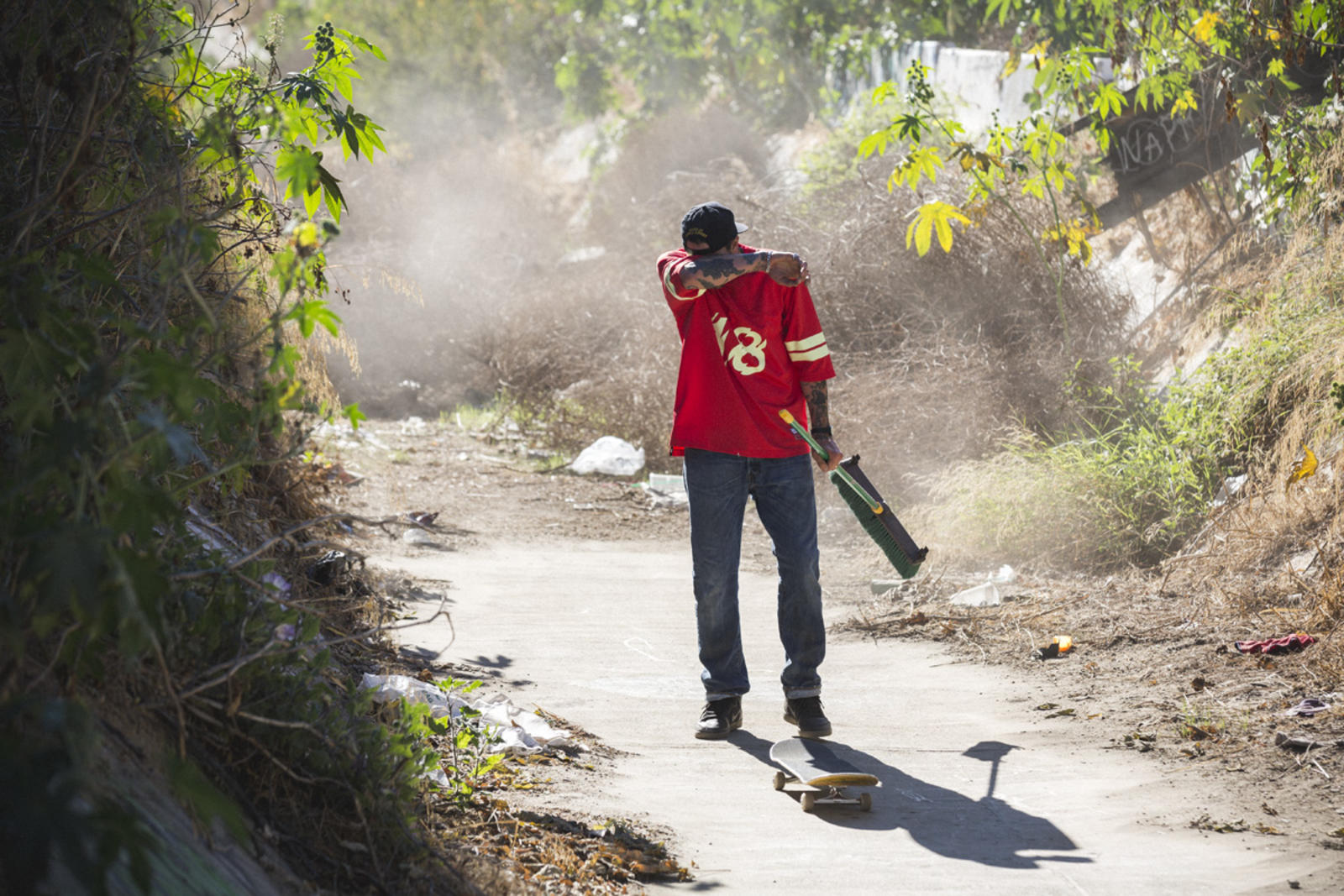 Fast fact: Antihero, a board company founded in 1995, is one of two brands Sandy Bodecker has wanted to collaborate with since the inception of Nike SB.

While one of those desired collaborations has been ongoing since 2002, Bodecker's other want has taken a little longer for the other to come to fruition. That is Antihero, and the process of finally working together is made even sweeter as several members of its team, Brian Anderson, Grant Taylor and Daan van der Linden, are also Nike SB members. And thus the match has a clear and strong connection, and 2018 became the perfect time to collaborate.

Antihero is probably the brand that really represents the spirit of skateboarding in its purest form — the reason why Bodecker was initially attracted to the brand. It carries a “this is who we are spirit,” unconcerned with the ebbs and flows of the industry at-large and thus always staying true to its desires. For that, it has provided significant doses of inspiration to the Nike SB team over the years.

“We're pretty lucky in SB because a lot of our athletes are also artists. One of the best elements of this collaboration, and what makes it truly unique, is that the athletes are the ones — Brian really — who said, ‘We should do this!’” says Jesse Leyva, Senior Creative Director for Nike SB. 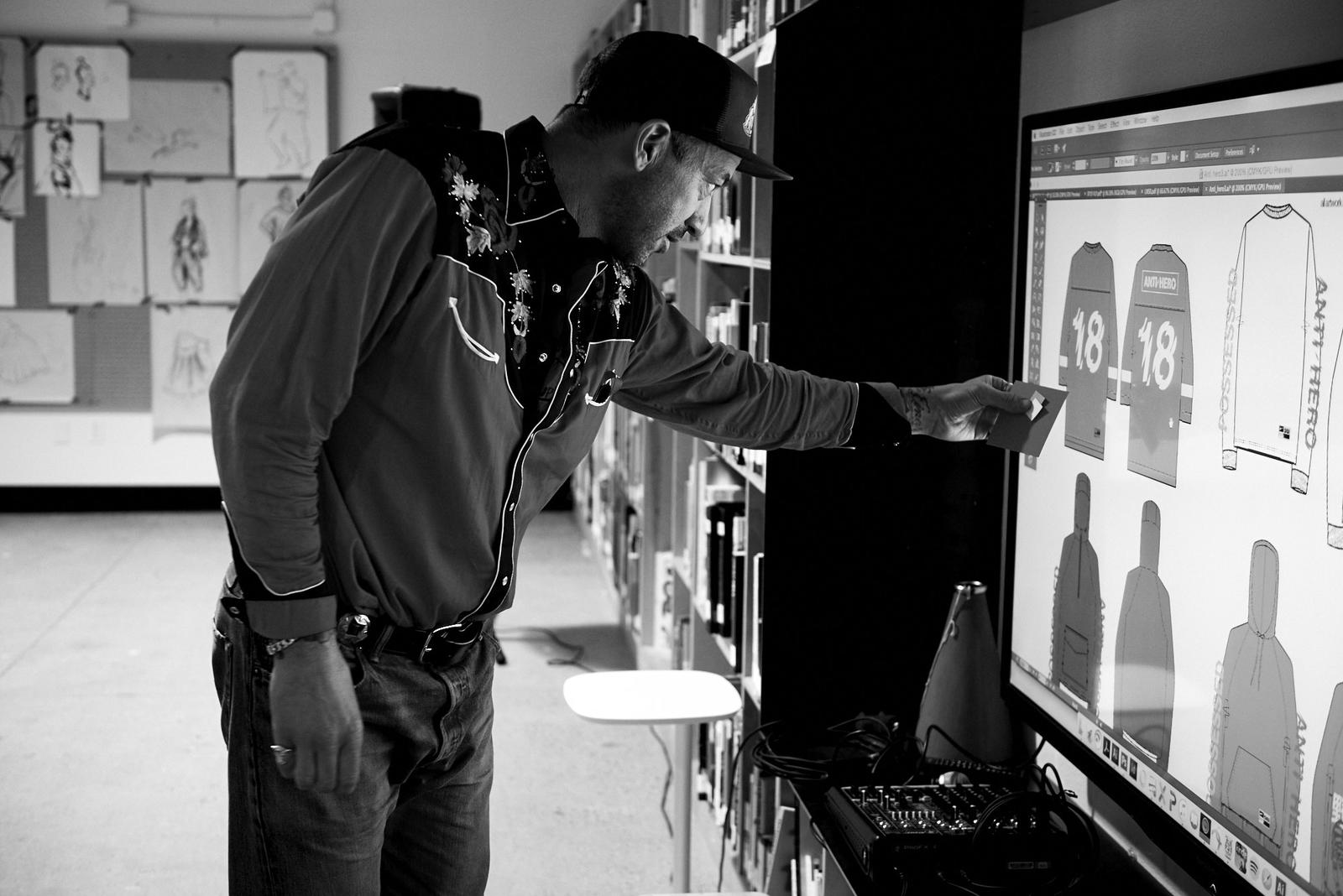 Anderson, who has previously designed a capsule with Nike SB, took the reigns on this project — acting as de facto art director with consultation from Taylor — and ensured a natural synergy between the brands.

“When Brian became a part of the design process, knowing all the projects that he had done in the past and his capacity to manage things from a creative point of view, the project really got going when he came to campus and got to work at Blue Ribbon Studios,” says Leyva.

The overall idea was simple: Nike SB would produce products that Antihero did not (e.g. footwear and cut-and-sew apparel) and Anderson would connect the dots between the two brands.

We're pretty lucky in SB because a lot of our athletes are also artists.

Two shoes highlight the ensuing product mix: a Nike SB Zoom Dunk High Pro and Nike SB Zoom Blazer Low. The Dunk, black set off with a gum sole, features a bold “BA” on the left heel and a the numbers “1” and “8” on the left (why? match the number with its letter position in the alphabet and find out). Those numbers also appear on the right back tab of the Blazer, which is grey on gum, while Taylor’s initials emblazon the left. 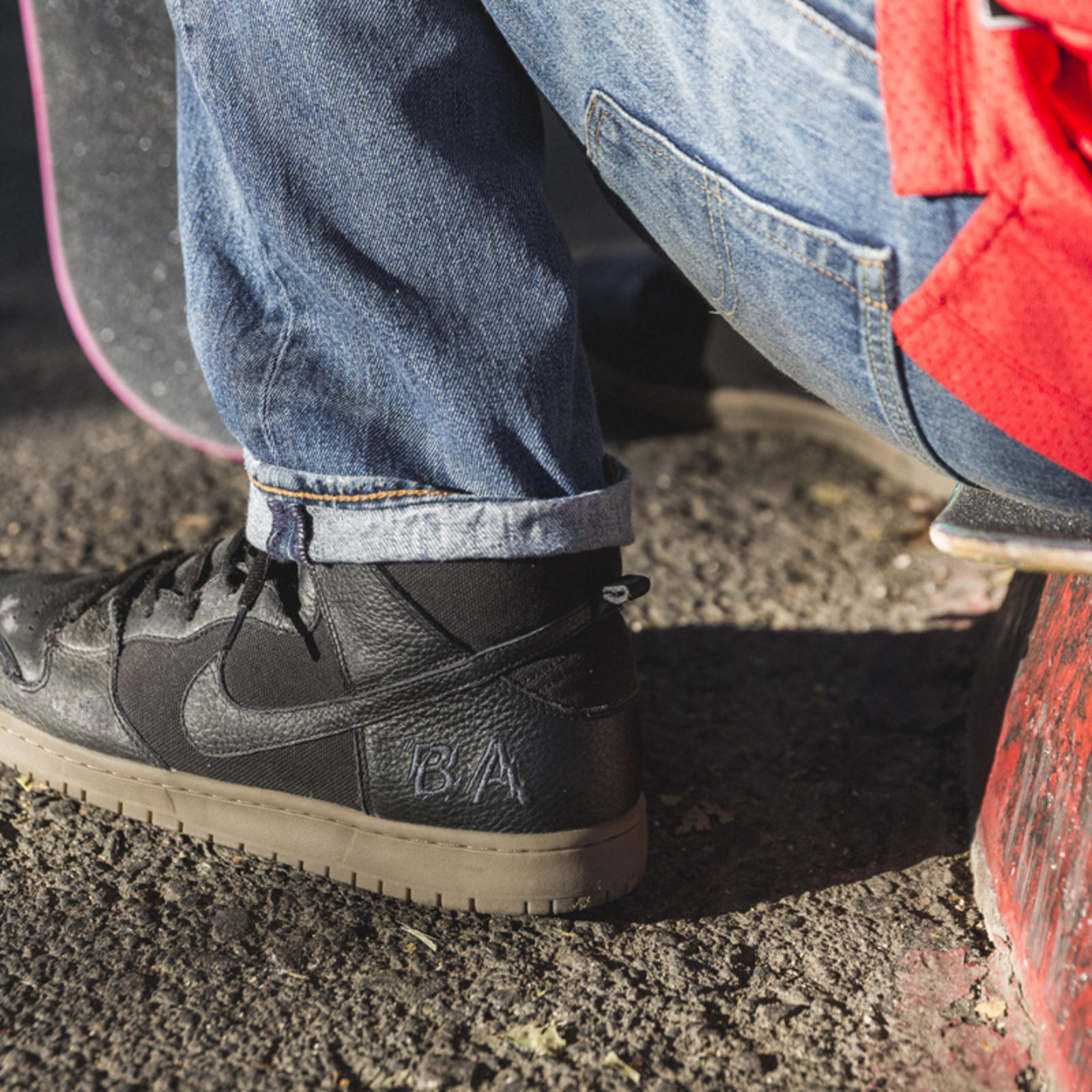 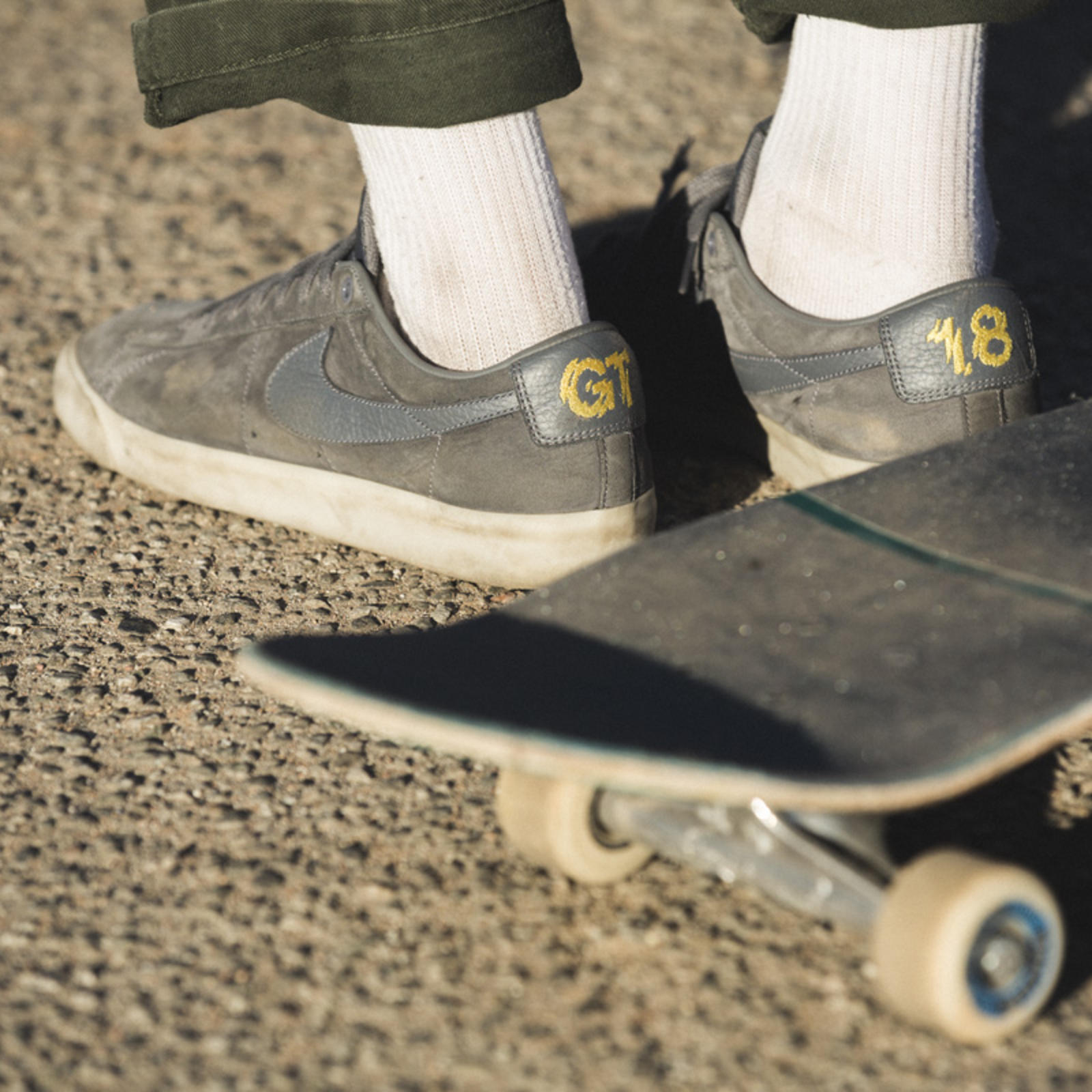 The footwear is complemented by a jersey, jacket and backpack. Anderson’s love of hockey sweaters informed a hybridized football-hockey style for the jersey, while Taylor’s desire for a hooded workwear jacket directed the aesthetic of the coat. In both, the ultimate synergy of brands and athletes is achieved.