All Black Everything: The San Francisco 49ers New Alternate Uniform

Founded in 1946 and owning five Super Bowl championships, the San Francisco 49ers stand out as one of the most storied franchises in the National Football League. Featuring an honor roll that includes 23 Pro Football Hall of Famers, it is the athletes at the heart of the Niners history books. The 49ers, together with their players, the NFL and Nike, unveil a new black alternate uniform look expressive of the team’s unyielding, aggressive style of play and commitment to success. 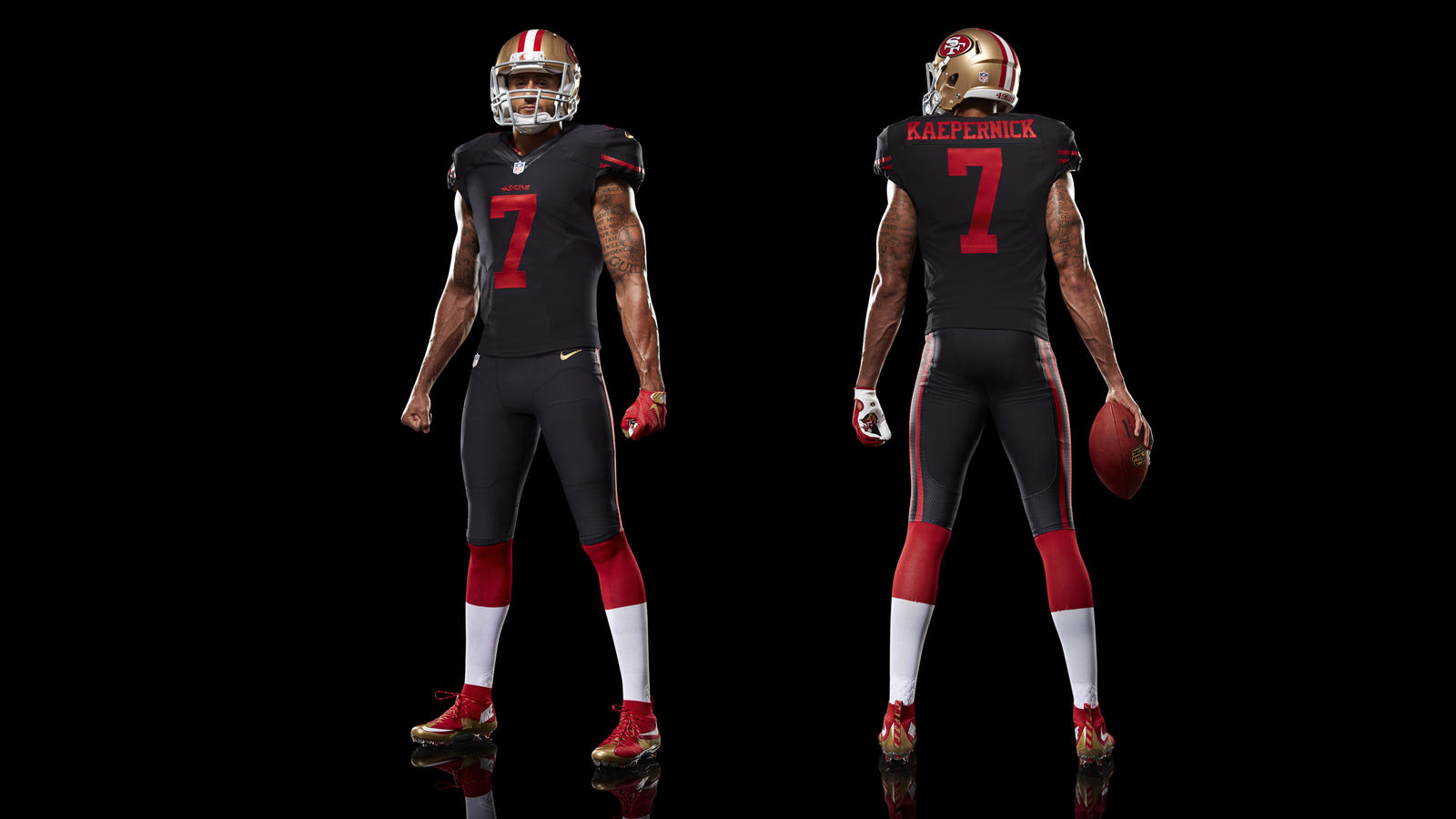 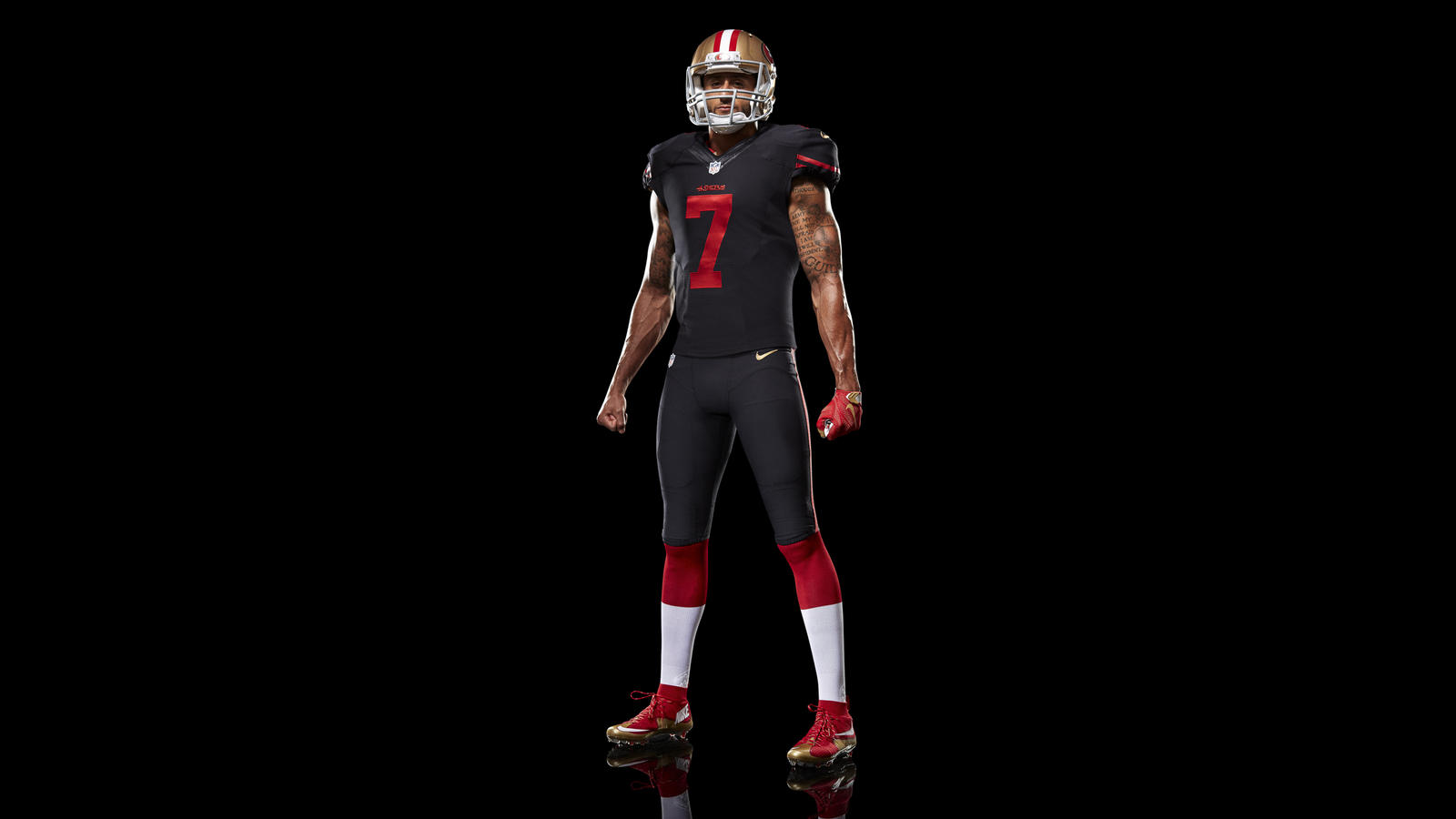 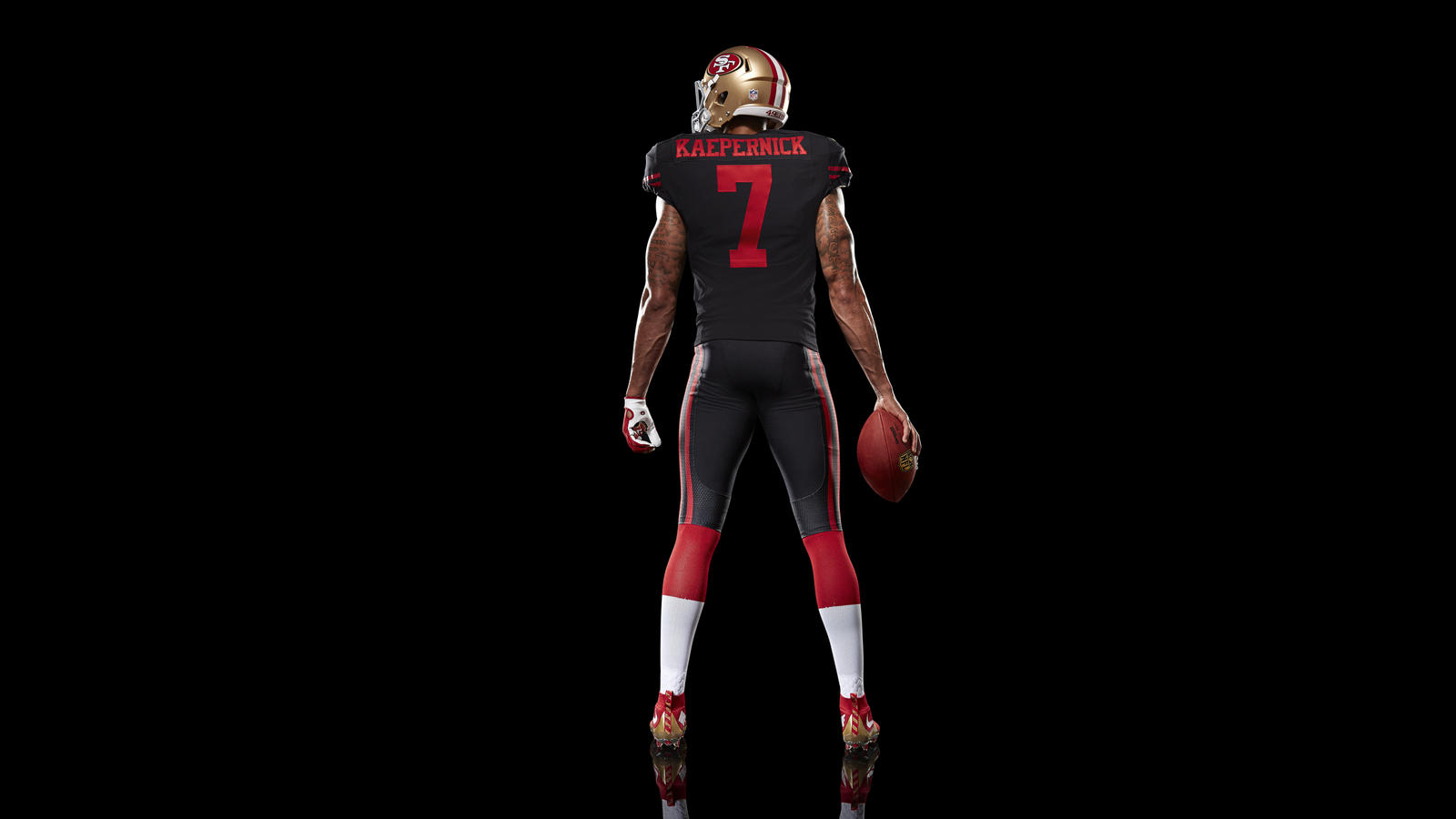 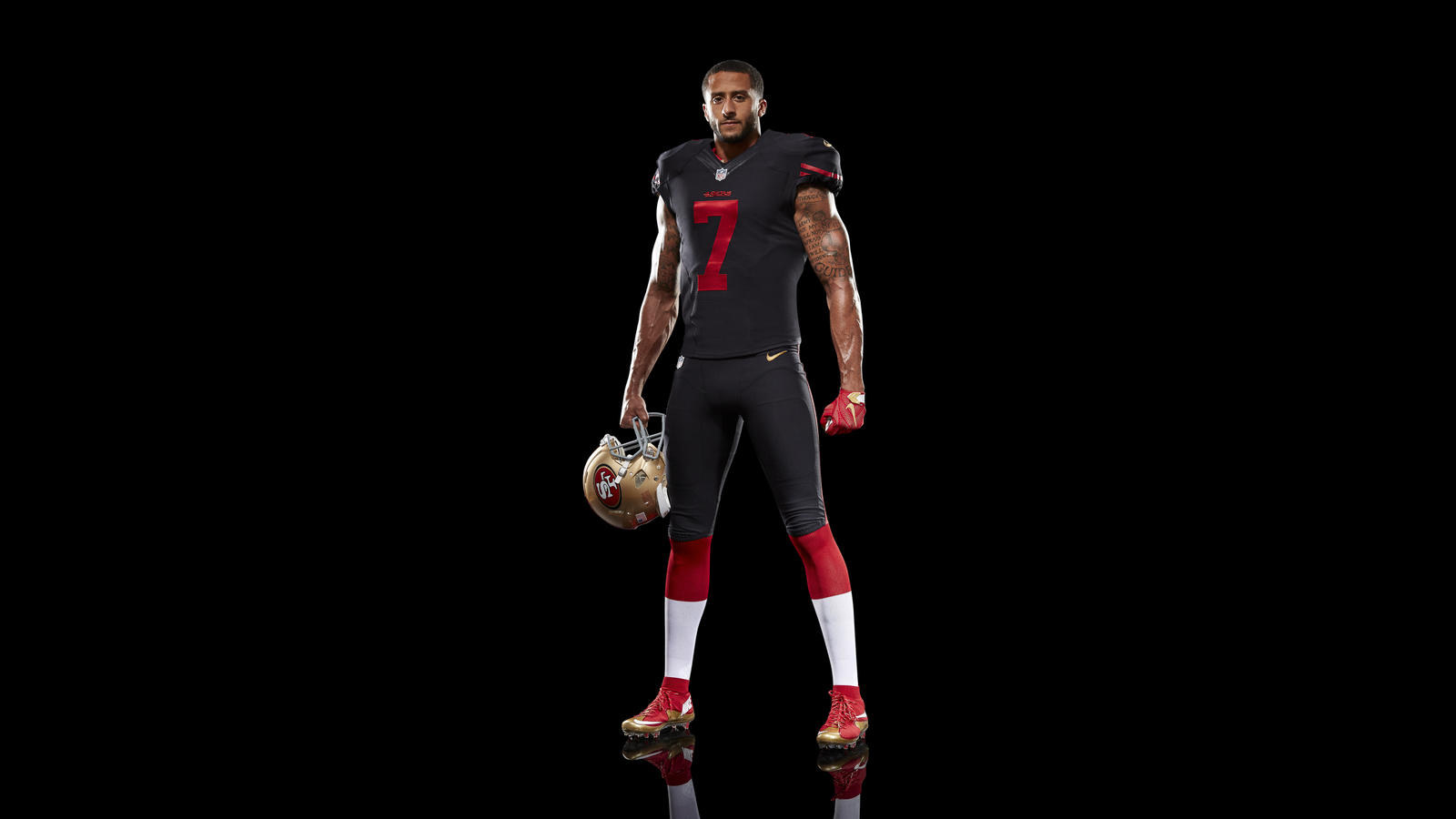 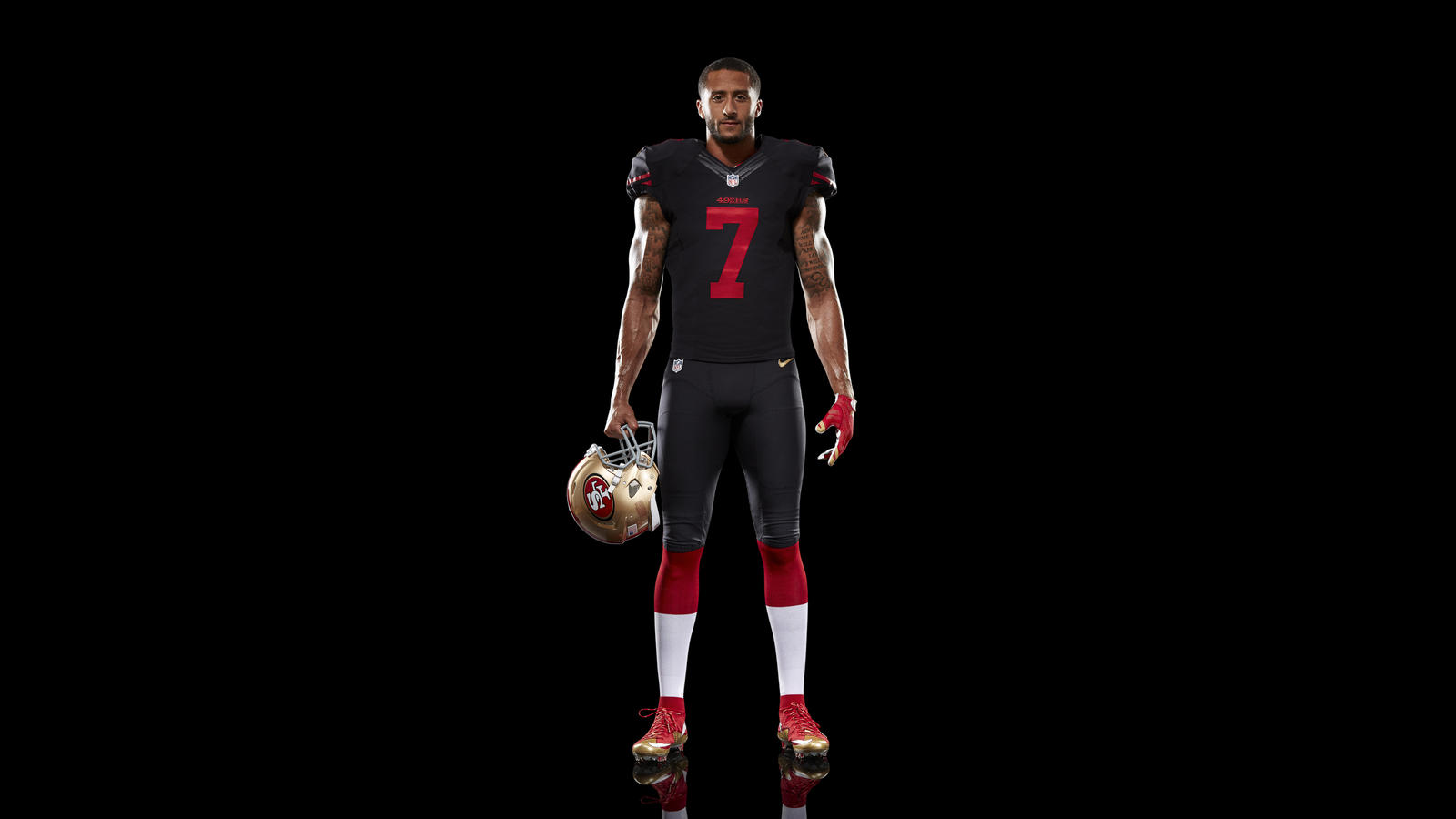 The original 49ers color scheme included red and white, but both gold and black were added to the team’s brand identity and color palate in the 1950s. Black has primarily served as the team’s accent color — except on the practice field. During practice, 49ers quarterbacks recently took to wearing black jerseys with red numbers: a color scheme that represents authority, confidence and power. This connection precipitated the black alternate uniform, a player-requested design to transfer the sleek, sophisticated style from practice to game day. 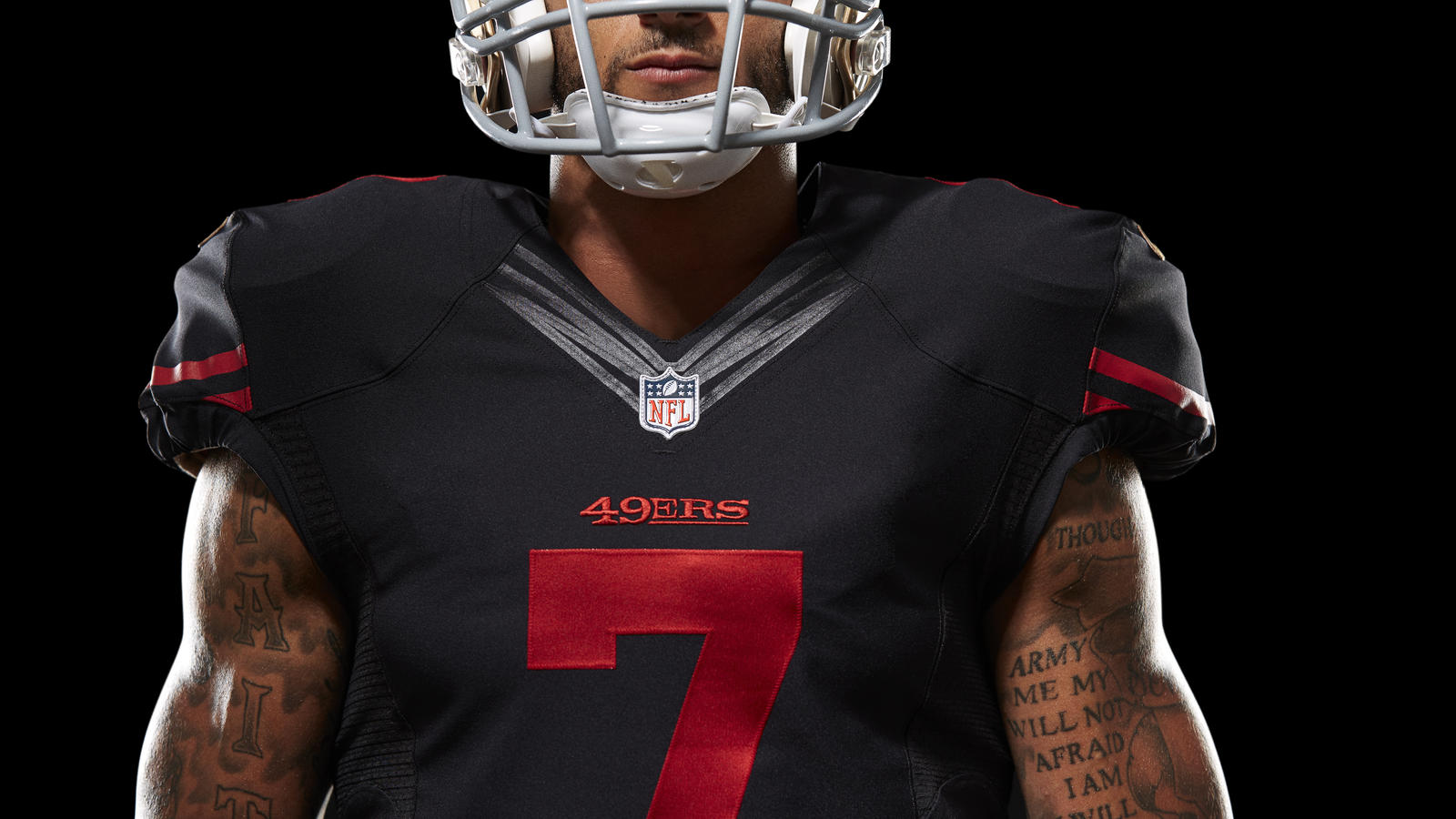 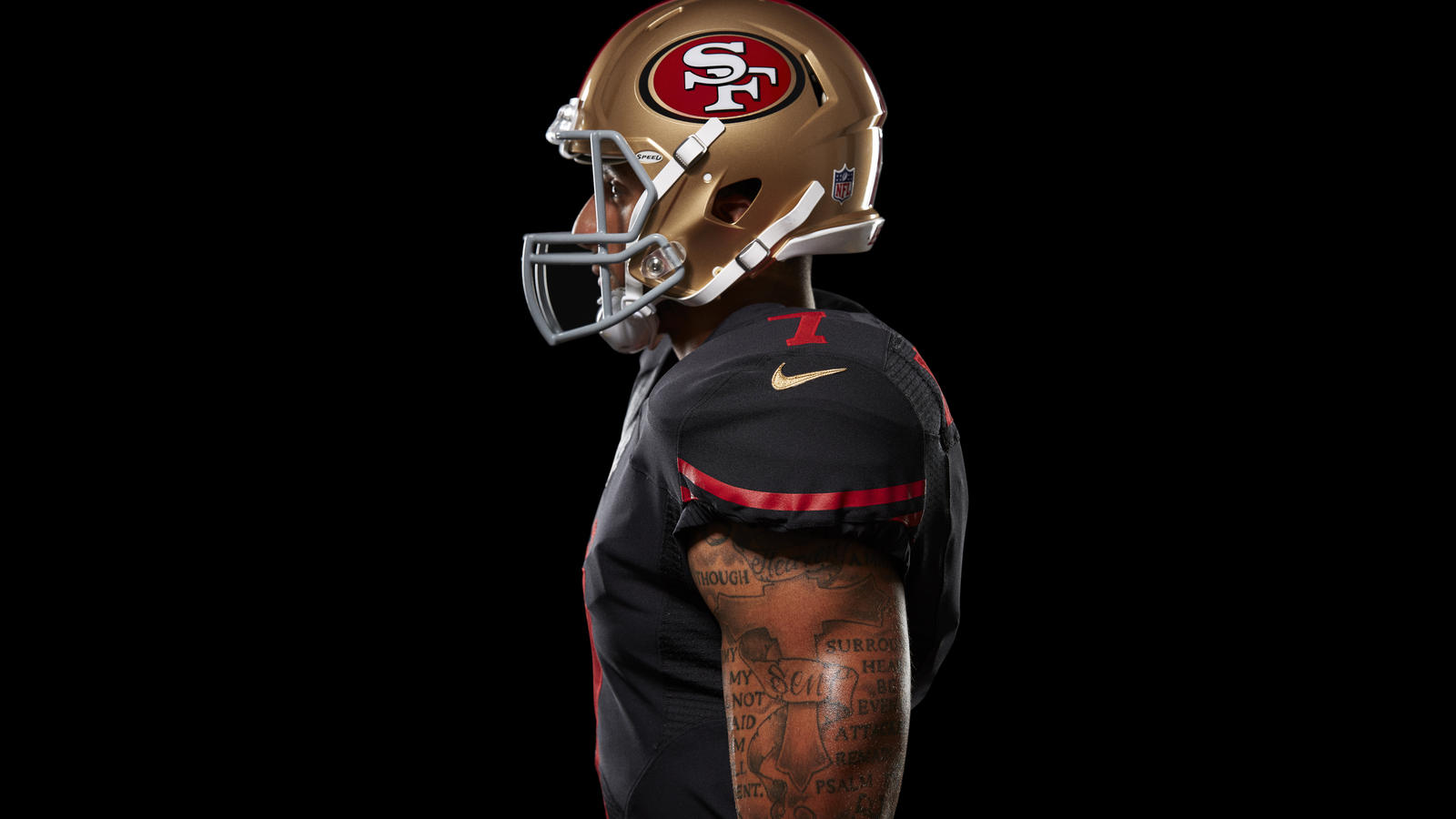 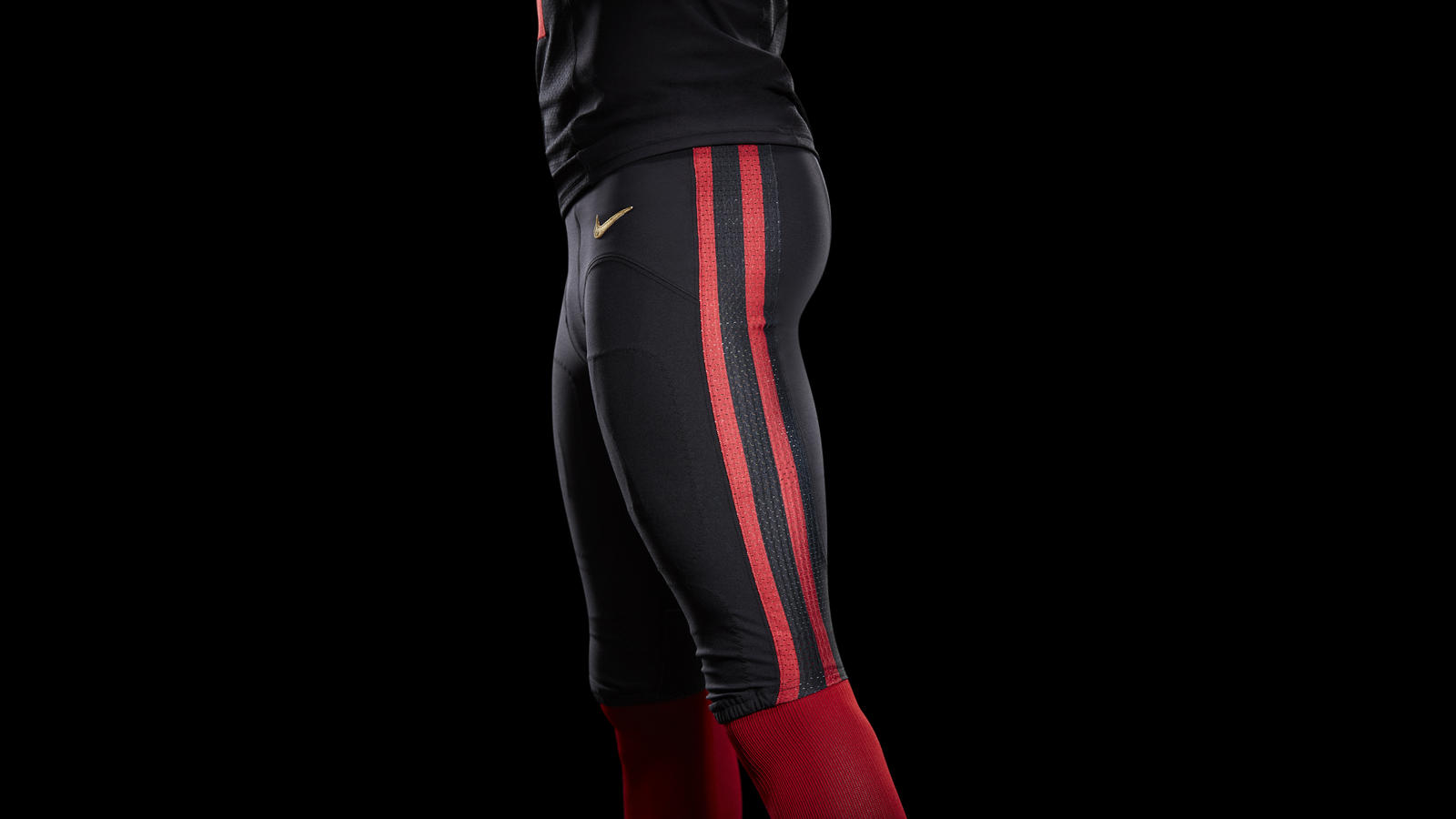 The new monochromatic black jersey and pants convey the team's discipline and strong will, relaying a power instantly recognizable to athletes and fans alike. Following true 49ers tradition, this new look preserves the team's customary word mark at the center of the chest. The distinctive arm stripes and established number font are also retained. All team-specific graphic elements stand out in striking red against the dignified black base.

The new black look will be integrated into the team’s existing suite of uniform options and will be paired with their existing gold helmet and traditional white and red socks. Nike athletes will also wear the Nike Vapor Knit glove with interlocking team logo on the palms, and punctuate the look with gold and red Nike Vapor Untouchable cleats.

"I love the jerseys - it's a fresh look" said 49ers quarterback Colin Kaepernick. "This is the first time we’ve had a black jersey in our team’s history and it’s something that the fans are going to be excited about. It’s cool that we get to wear the first alternate uniform in 49ers history."

Nike San Francisco 49ers fan jerseys will go on sale in limited quantities on Nike.com and with select retailers starting April 28, with broad distribution in early May.

About the NFL Nike Elite 51 Uniform

The NFL Nike Elite 51 uniform is a completely integrated system of dress designed and engineered from the inside out. The uniform system features specific fabrics, ventilation and fabric placement in the baselayer, padding, jersey and pants so each element works in concert. Nike Flywire technology anchors the neckline to reduce weight and provide lockdown fit over pads, while increased sleeve articulation allows better range of motion. An all-over four-way stretch fabrication provides a streamlined, shrink-wrap fit.