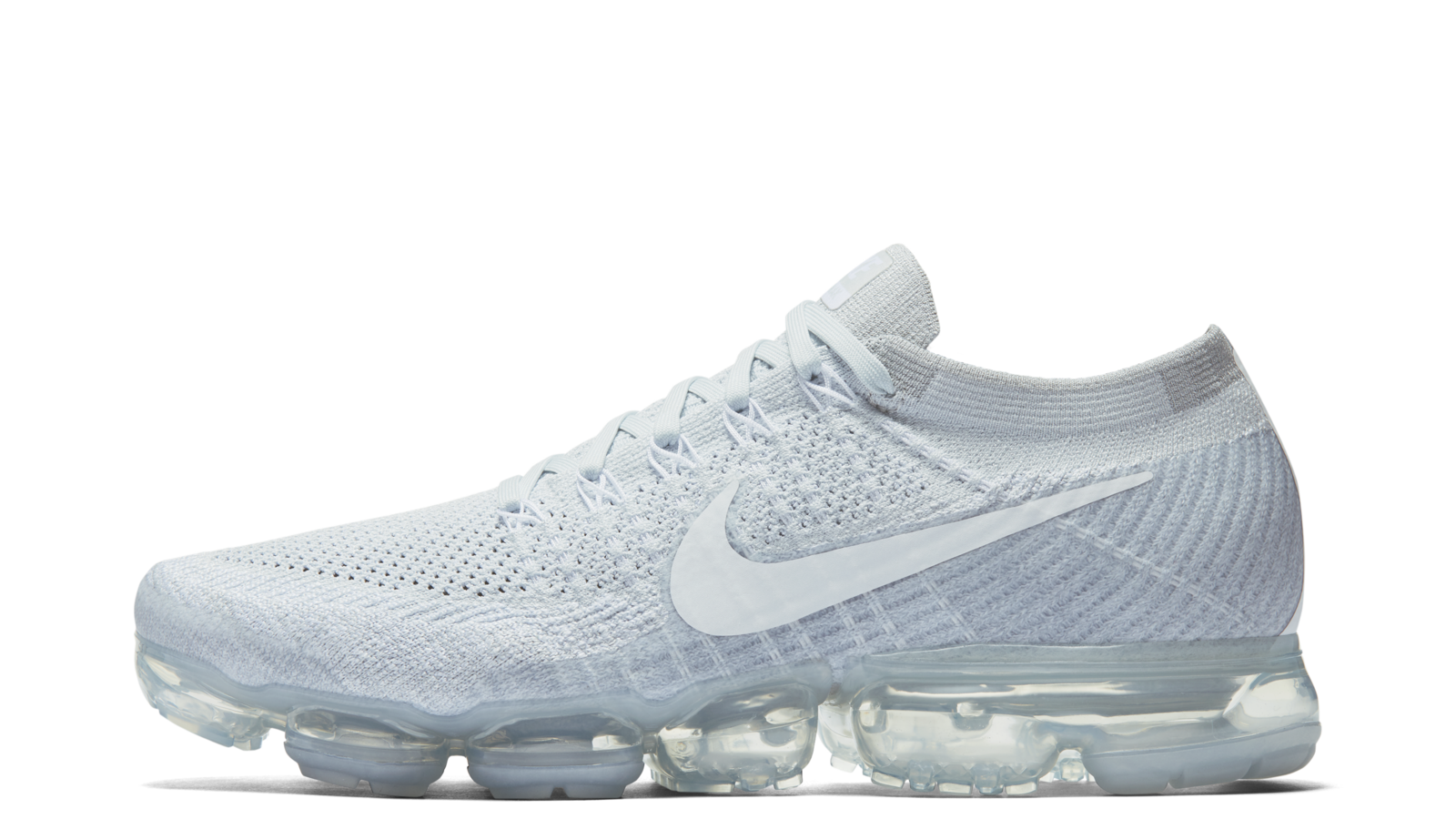 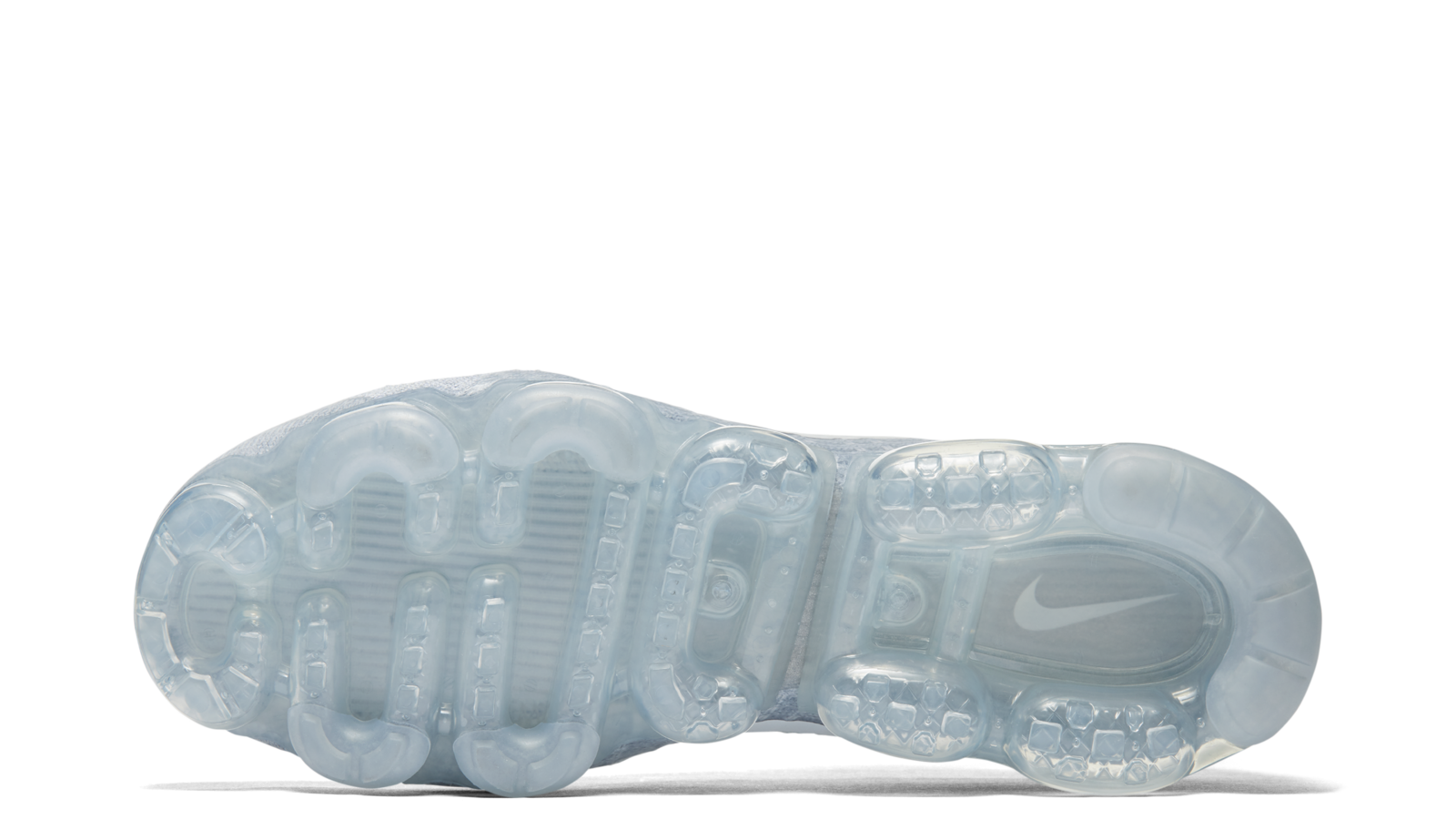 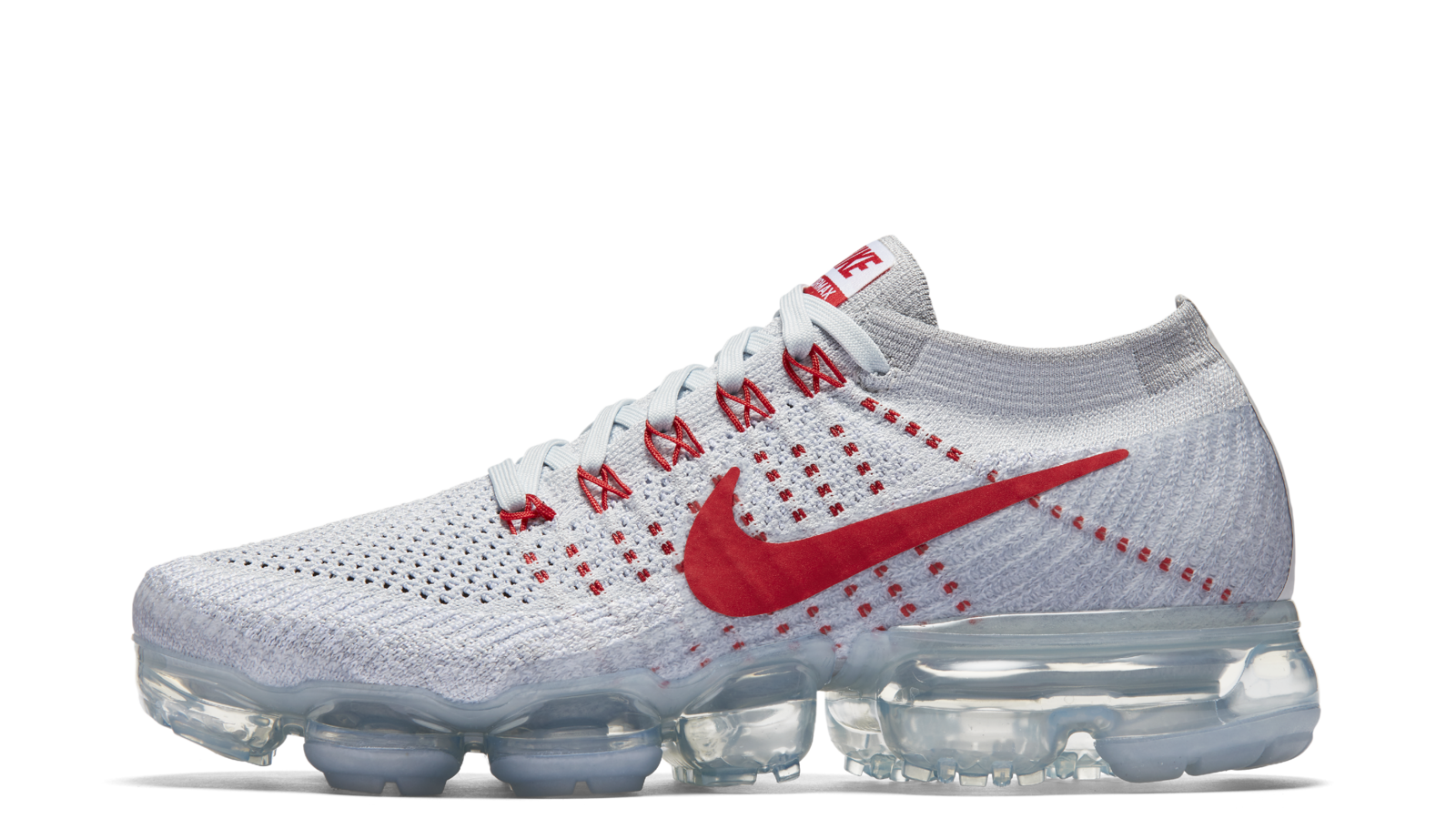 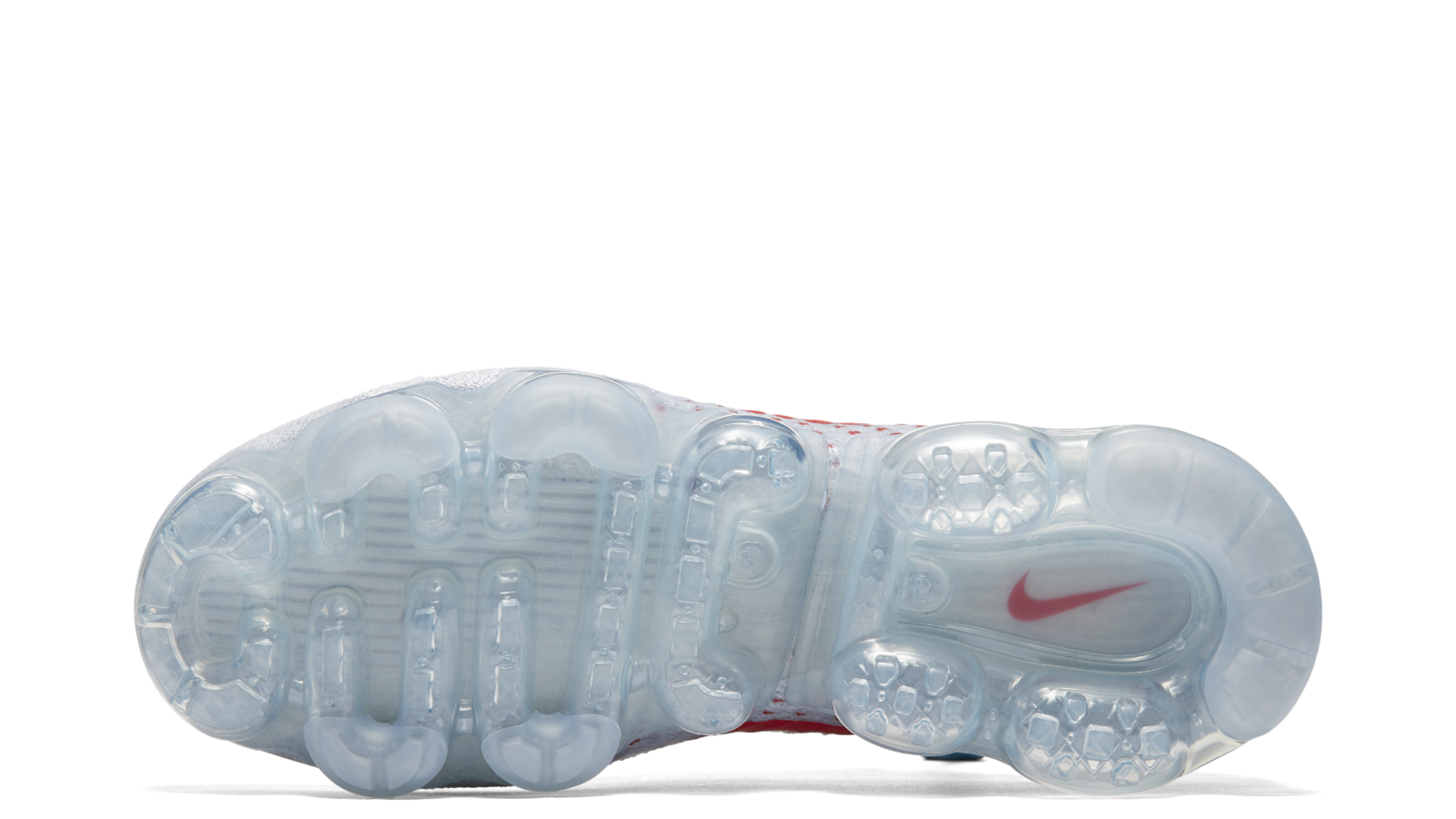 When the original Nike Air Max debuted in 1987, it was the first shoe to showcase a large, visible Air-cushioning unit. In 1997, the Air Max 97 evolved the technology by placing an Air unit along the entire sole. Incremental steps followed, and now Air Max builds upon its nearly 30-year legacy with a leap: the Nike Air VaporMax, which pays off the full promise of Air — to provide lightweight, consistent cushioning that lasts.

The breakthrough came courtesy of new technologies that allow the Nike VaporMax Air unit to act as a standalone outsole. Where previous Air units had to be insulated by a secondary rubber layer for protection and improved durability, new innovation allows designers to incorporate the Air and exterior layer into one holistic VaporMax Air unit. And where previous units needed to be shaped with inflexible structural areas, the new unit can independently maintain its given form, with elasticity.

The former innovation allows additional Air to be integrated into the unit while the latter allows for more extreme Air geometries that enable designers to place even more Air directly underfoot. Together, these capabilities wholly eliminate the need for a traditional foam midsole.

By shedding the weight and bulk of a foam layer, the new midsole achieves greater flexibility and spring without compromising structure, while also reducing weight and waste. And by placing the upper directly on the VaporMax Air unit, a pillowy sensation and greater energy response are produced.

On the Nike Air VaporMax, the Air unit is paired with a Nike Flyknit upper that integrates precise support and further reduces the shoe’s weight.

To become a Nike+ member and sign up for notifications about the Nike Air VaporMax, go to Nike.com.